Builds What did you do with your cruiser today? (1 Viewer)

I finally found the reason for the overpowering buzz on the stereo whenever I key up the 2m. The Kenwood stereo's FM antenna connector shield had no tie to stereo chassis. I roughed up the chassis, soldered on some copper braid, and tucked into the connector. Now I can have music and communication again! 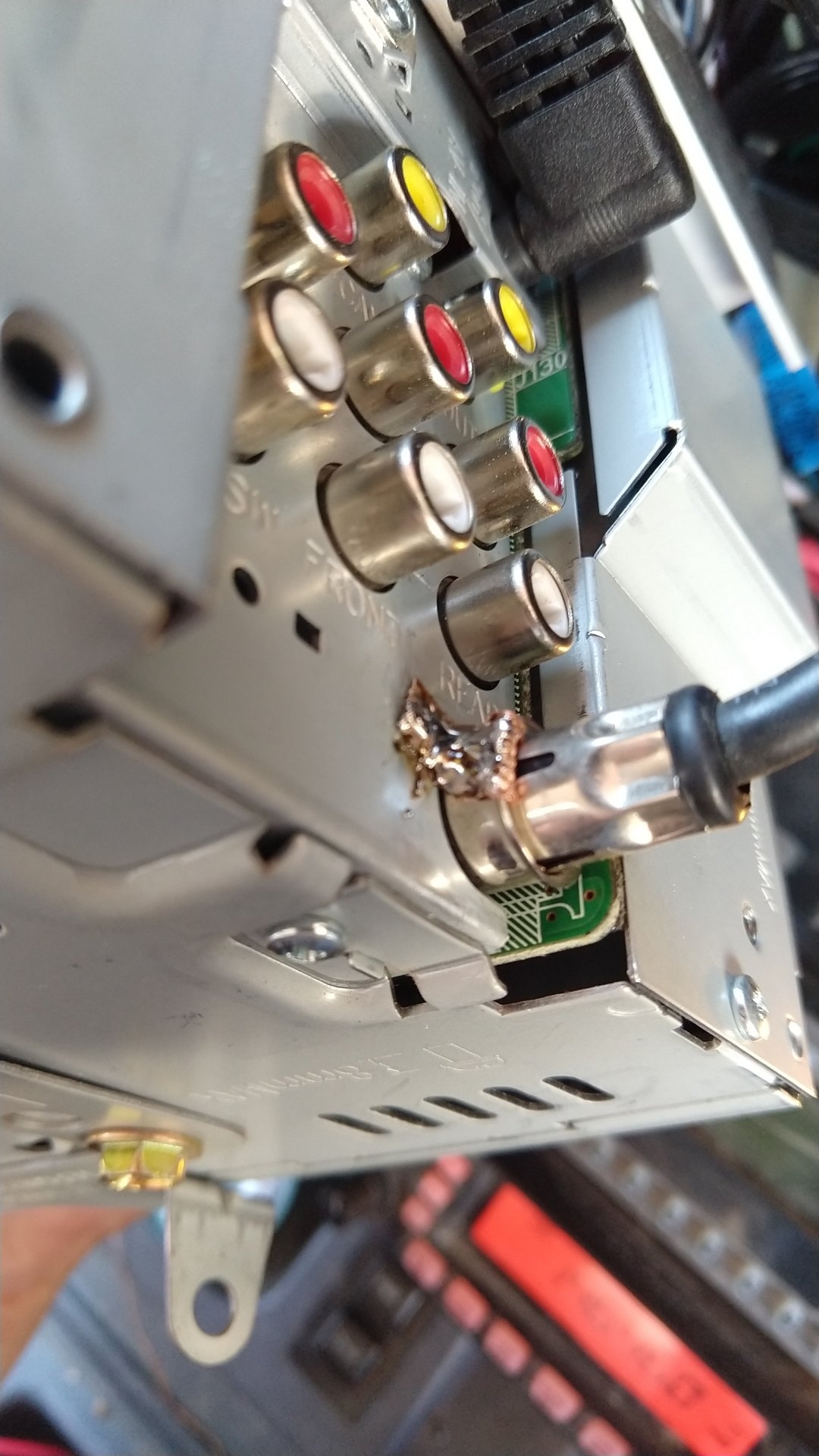 Also just figured out I've been driving around with the "service mode" jumper in place for like a month. And I can't say I noticed a difference. I'll have to go for a drive tonight after putting the dash back together.

After documenting (pictures and videos) absolutely everything going on, they told me to ship it back to them. The owner was certain that the turbo had failed. They were originally going to cover the shipping ($225 each way), they backed out and I had to cover the shipping. He (Graeme) told me that he would be shipping out a replacement turbo the moment that I sent mine back. That never happened. He waited for my turbo to show up there (Australia for those who don’t know). They then tore down my turbo and tried to claim there was nothing wrong. Everything was “in spec” and no “signs of failure”. He told me that he would have his team clean it and reassemble/balance it, then ship it back.

He then decided that I had to pay them $535aud to get it back. They wanted to be paid for the cleaning and reassembly. After fighting with them for 5 days (I never authorized any charges), he decided not to charge me. He said that they would send me an invoice for the return shipping ASAP and get it out. Well their ASAP was 5 days. I paid the invoice the second it came over email. It then took them another week to finally ship it out.
Now fast forward to yesterday evening, the turbo was back. I opened the box and immediately noticed that something was different. They had replaced the turbine, shaft, and after looking in the oil ports, the oil seals.

He had told me several times that there was nothing wrong with my turbo, but why were all these parts replaced? He in fact told me that I had to of cracked a ringland or popped a piston.

Like I said earlier, I documented everything. I had pictures, and videos, of compression tests and a leak down test from April. I then did the tests again after the turbo issues showed up. My compression actually increased a little bit (10-20psi a cylinder),and my leak down was the same except for #6, which actually improved (86 to 91). My leak down was done at 100psi. My #6 exhaust valve might have an issue. I can hear a little bit of a whistle out the exhaust.

My mpg to Bryce Canyon was 18.9mpg average. I got 19.1mpg on the way back even puking oil. Power was consistent both ways. I’m finding it hard to believe that I hurt the engine in any way. Only thing that I noticed a change in was my oil temp was about 10* hotter on the return trip.

I’ve been working a ton since returning, and haven’t got anything done on the cruiser. I still need to finish installing my trans temp gauge, find out why the RR window stopped working (already checked and cleaned the master switch), and install the new OEM “warmer climate” 170* thermostat. Hopefully working on everything this weekend. 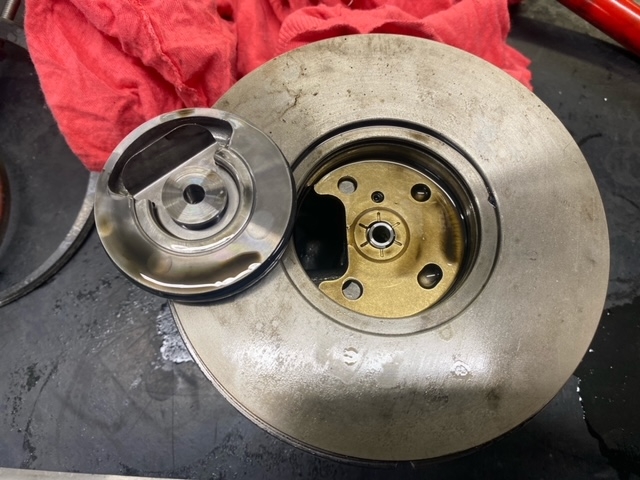 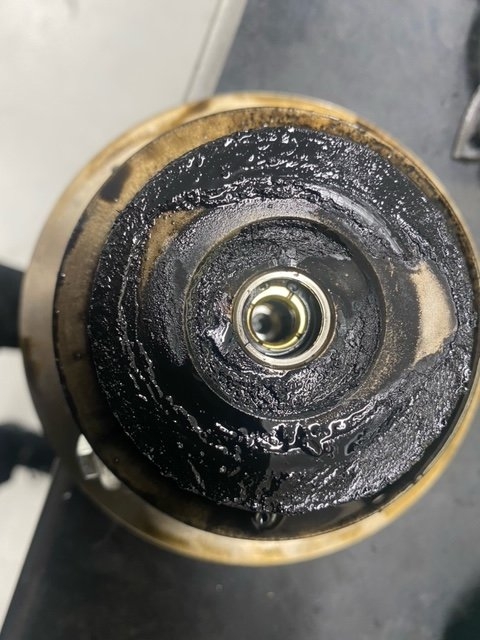 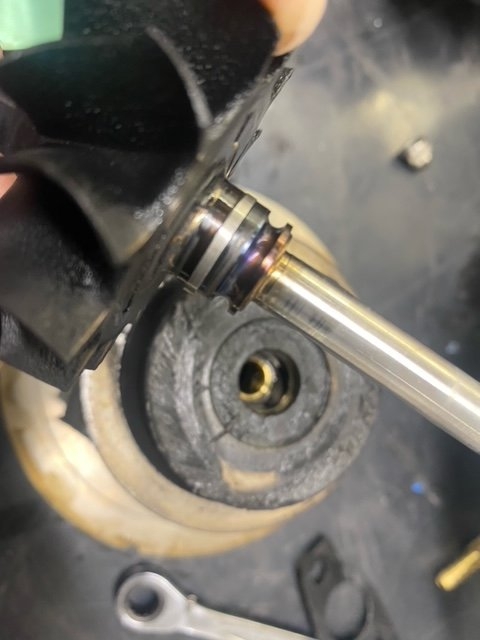 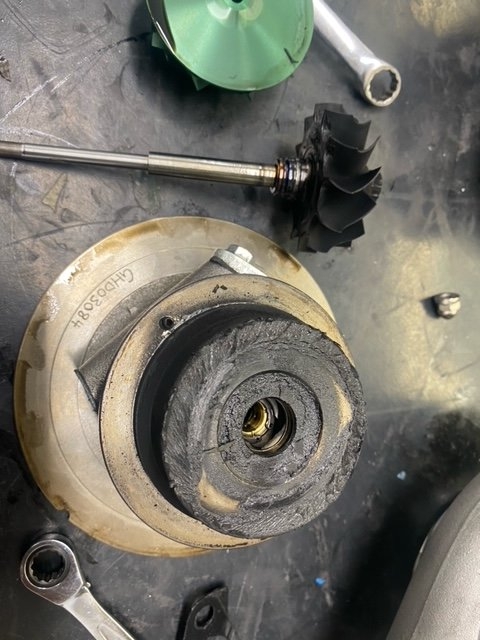 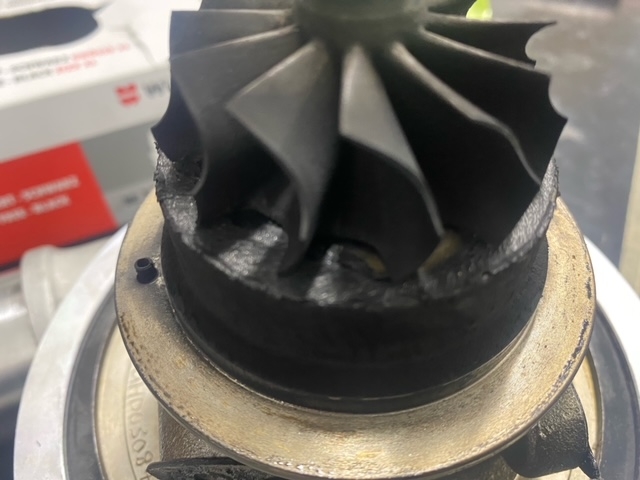 I'm no turbo guru, but the exhaust turbine and the intake compressor wheels should never have oil on them. Sucks. Sorry about your troubles. 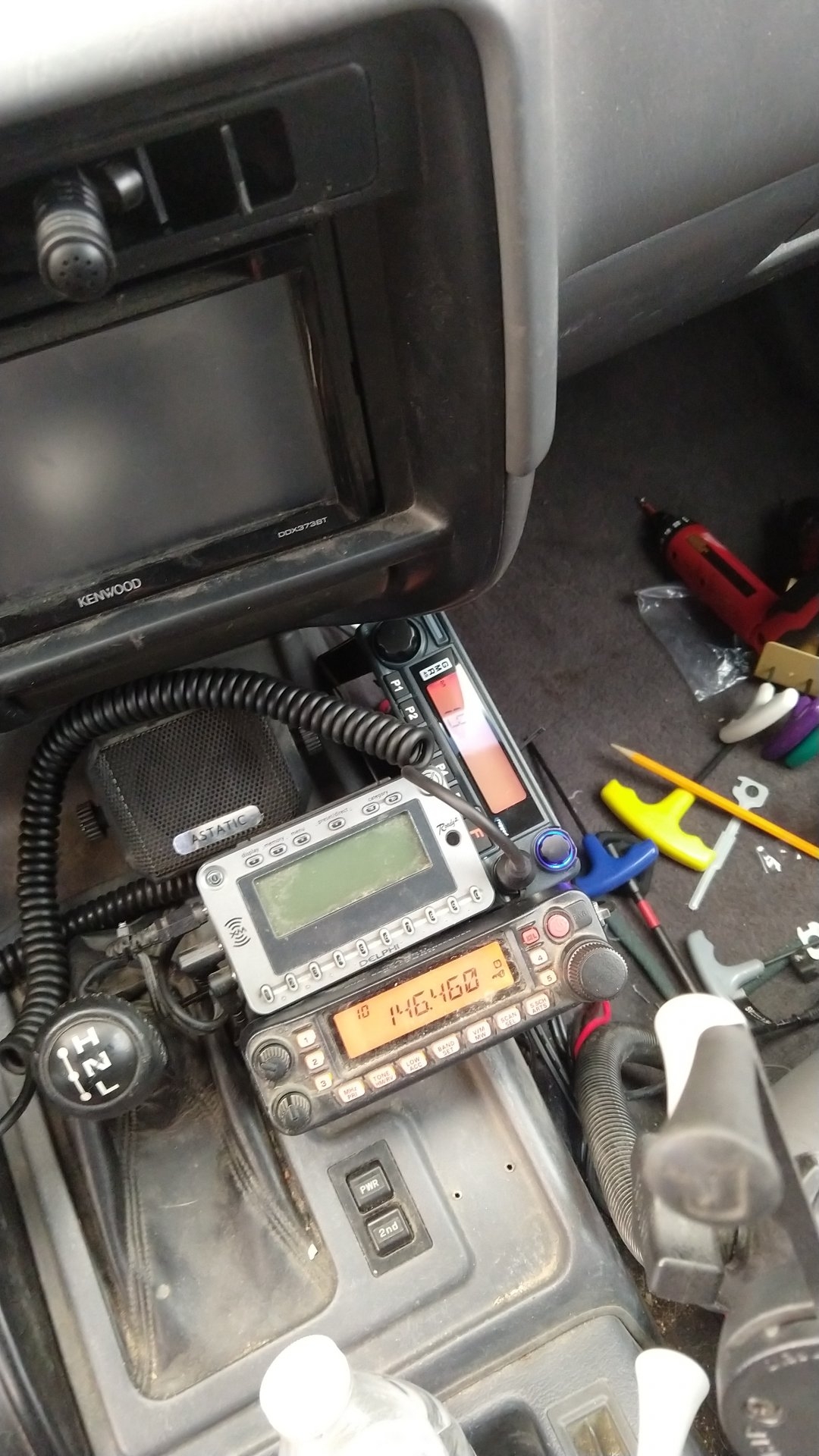 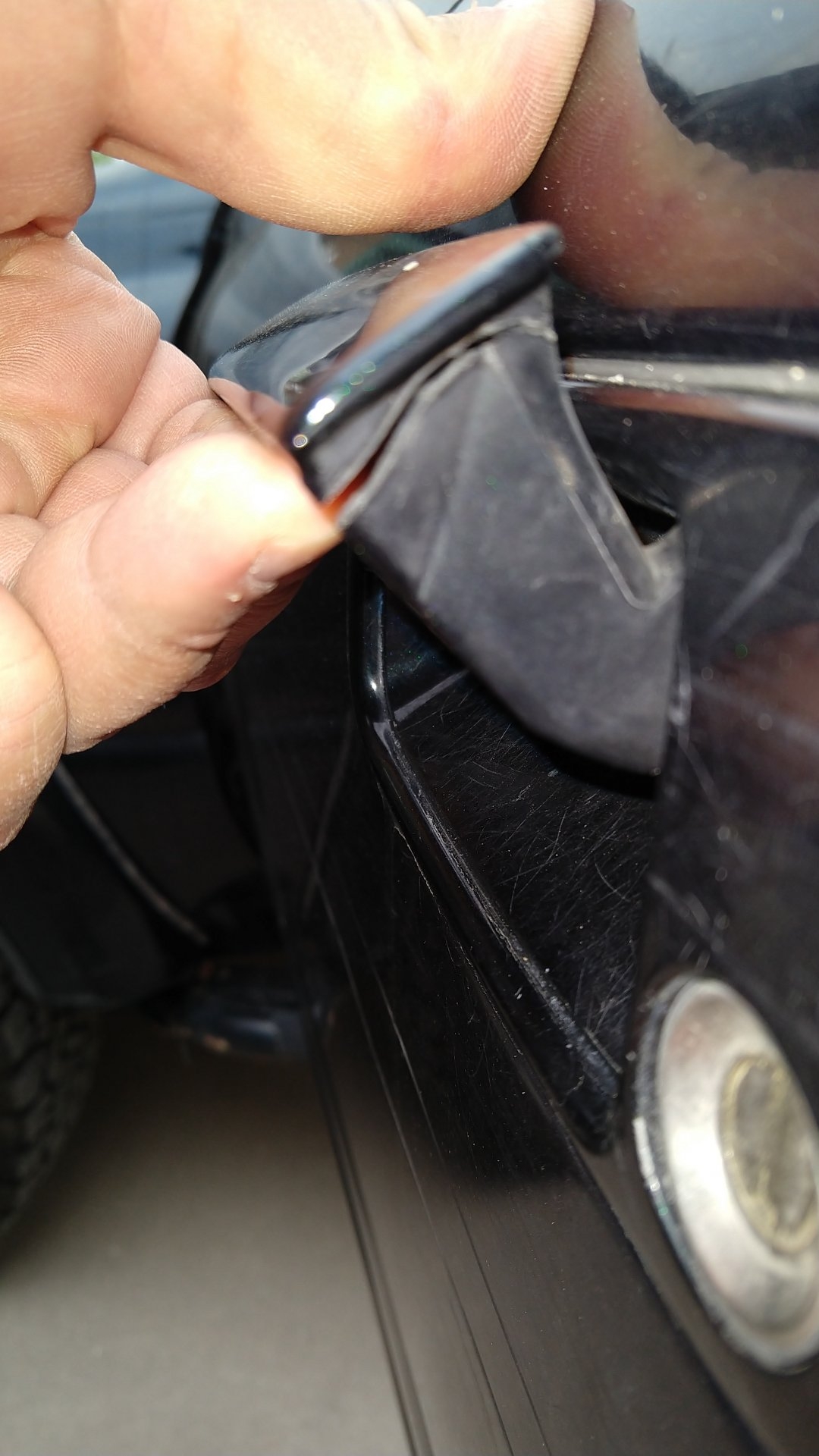 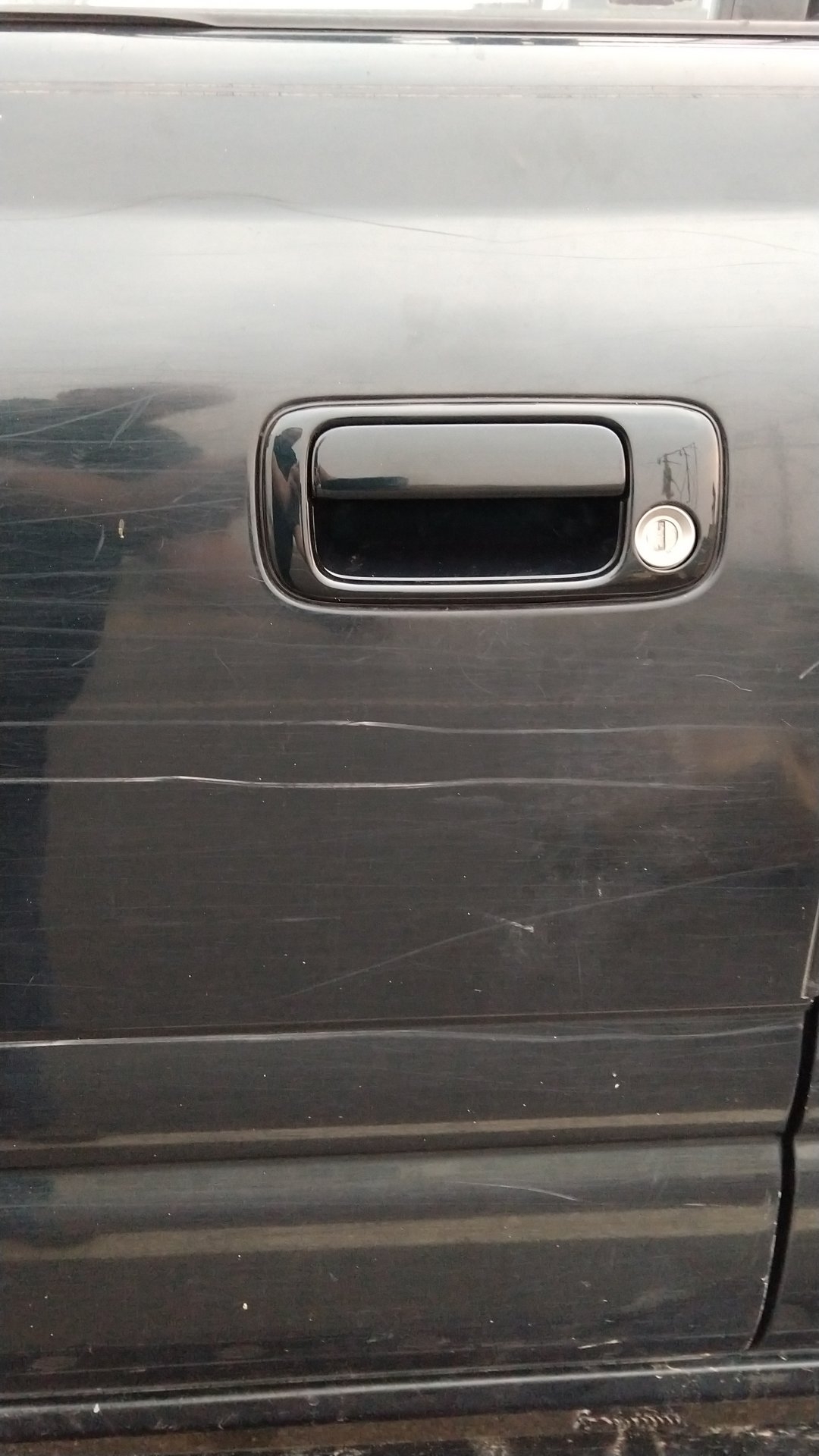 
Did a new handle myself recently.
You must log in or register to reply here.

Anybody getting together today, May 31?

Register on our site and populate your profile!