I scored a used Warn M12000 a few weeks ago, and this is what it looked like: 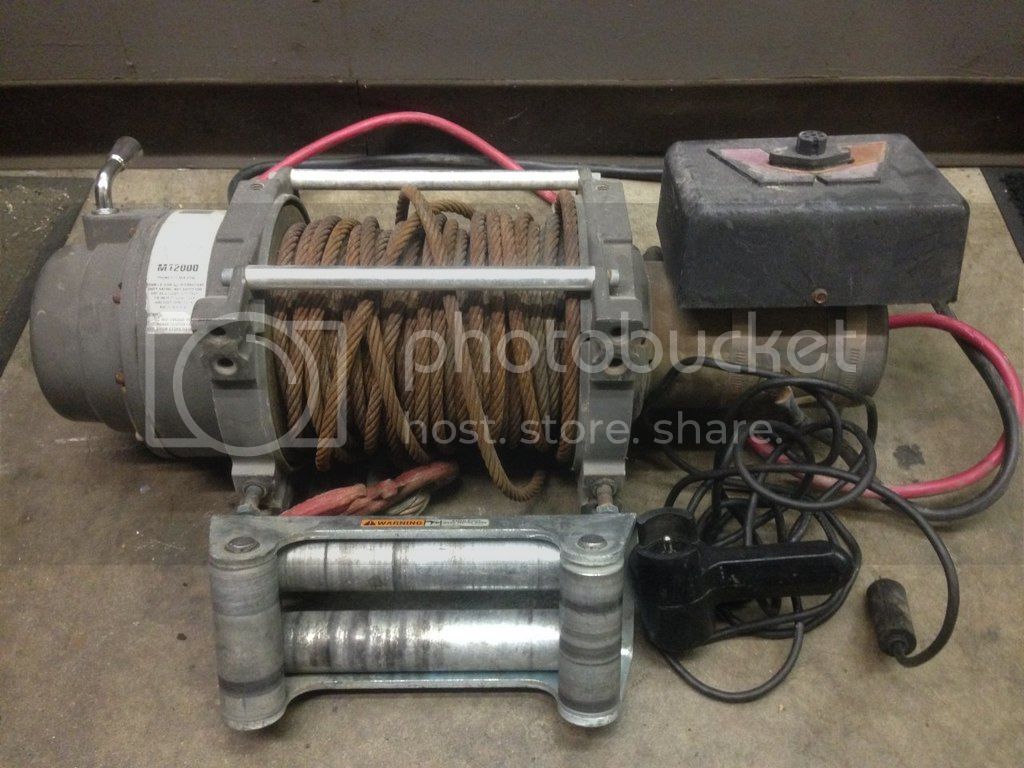 The winch came from one of the city's utility trucks (Energy in Jackson, MS) that was bought at auction. These trucks are usually fitted with winches out of principle, but they are rarely if ever used. This one was weathered, faded, and had a bit of surface rust, but the cable looked virtually new once you unraveled it a bit.

Now most people would have just kept it as-is, but seeing at this thing is going on a built 200 Series, I had to make her pretty.

When I got it home, I hooked it up to a battery, and did a function check on it. Everything worked wonderfully.

Next, I started taking it apart. I inspected the inside of the drum and brake, the planetary gears, and the overall internals of the winch. There was a little surface rust on the brake assembly, but nothing major. The gear grease looked great too. Seeing how little this winch was actually used, I knew the motor internals would look good too.

I got my angle grinder with lapping wheel and got all of the surface rust off of the drum. I then gave it a heavy coat of high temperature engine enamel. 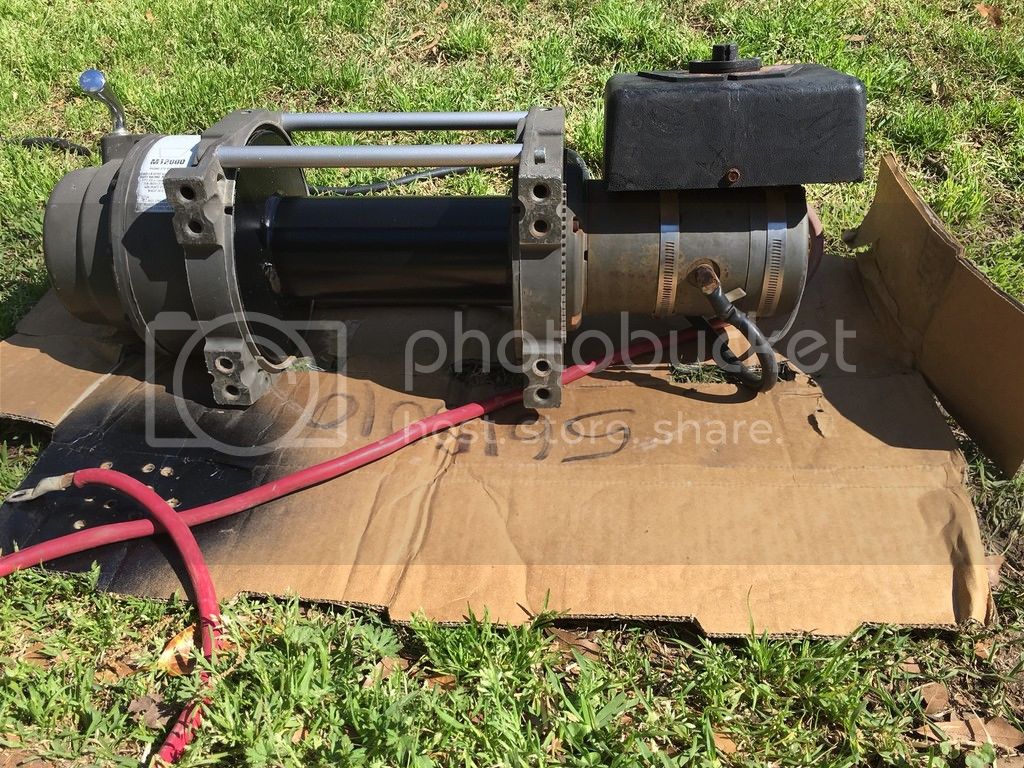 The raw aluminum shafts that span across the drum were pretty chewed up, so I removed them and sanded out the rough spots. I then hit them with some silver engine enamel. 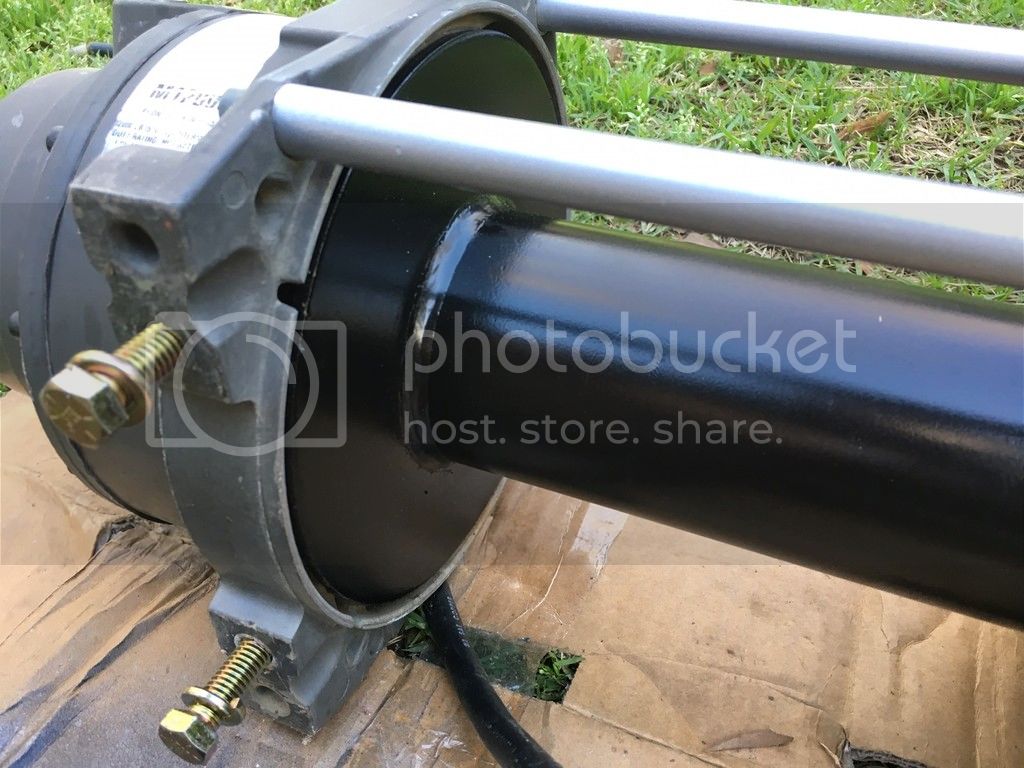 I then bought some new Grade 8 mounting bolts and replaced ALL the rusted hardware with some stainless steel hardware, some of which, was very difficult to find. 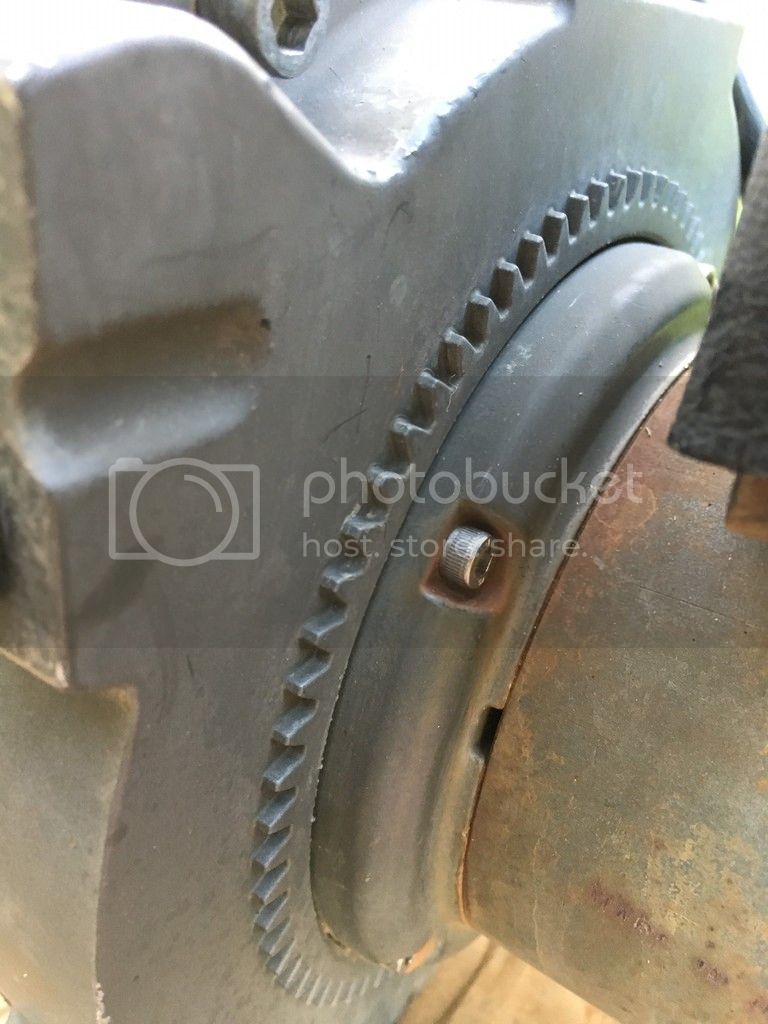 Then cleaned up the control box and repainted the "W" with red enamel, replacing the hardware with stainless while I was at it. 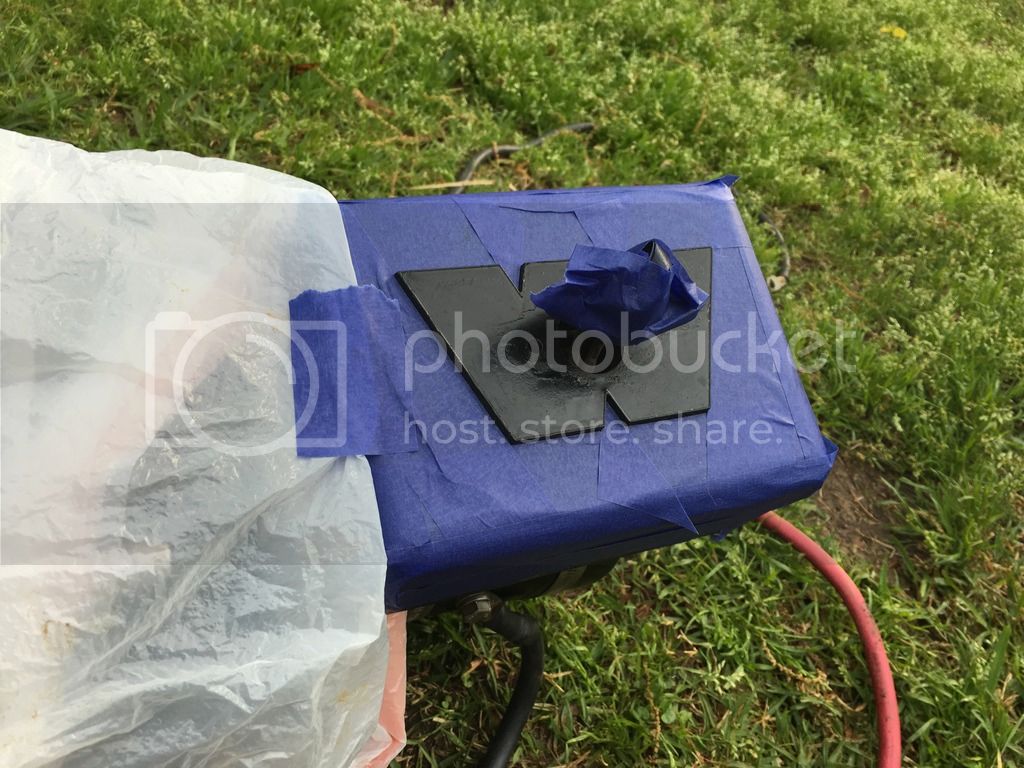 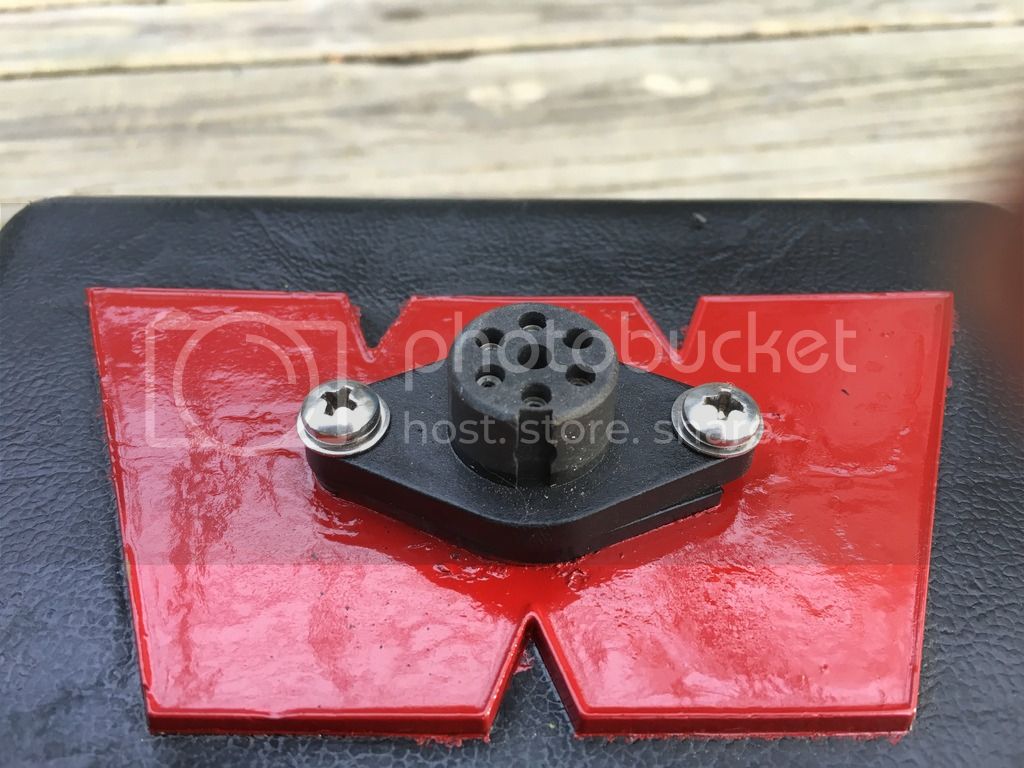 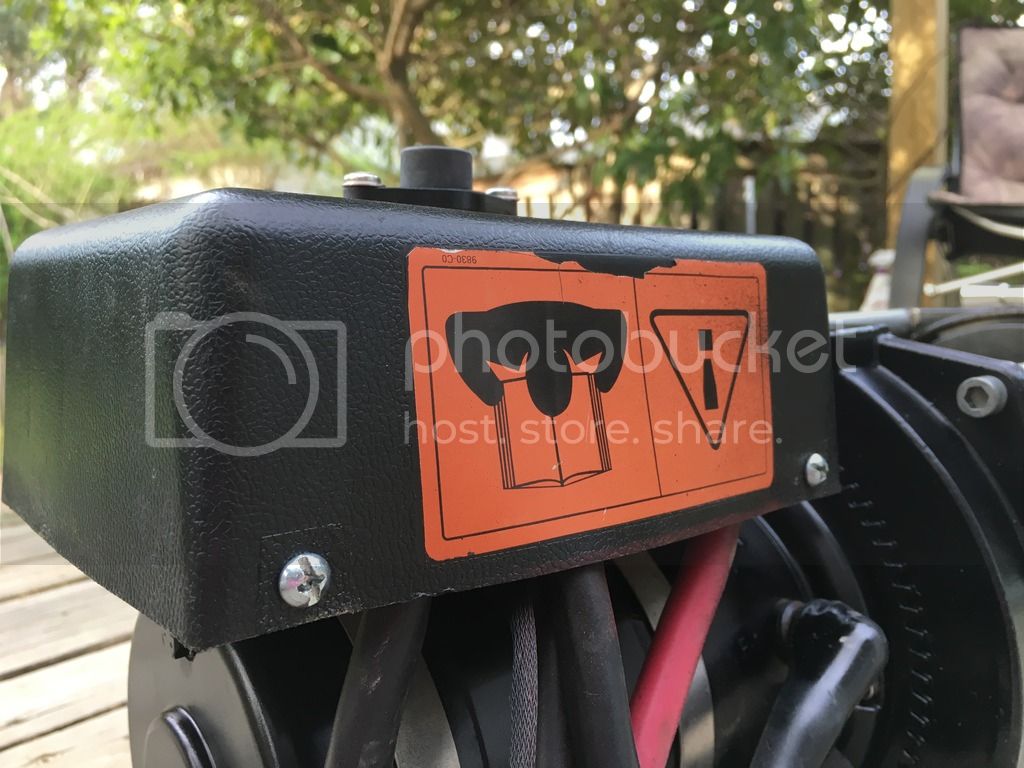 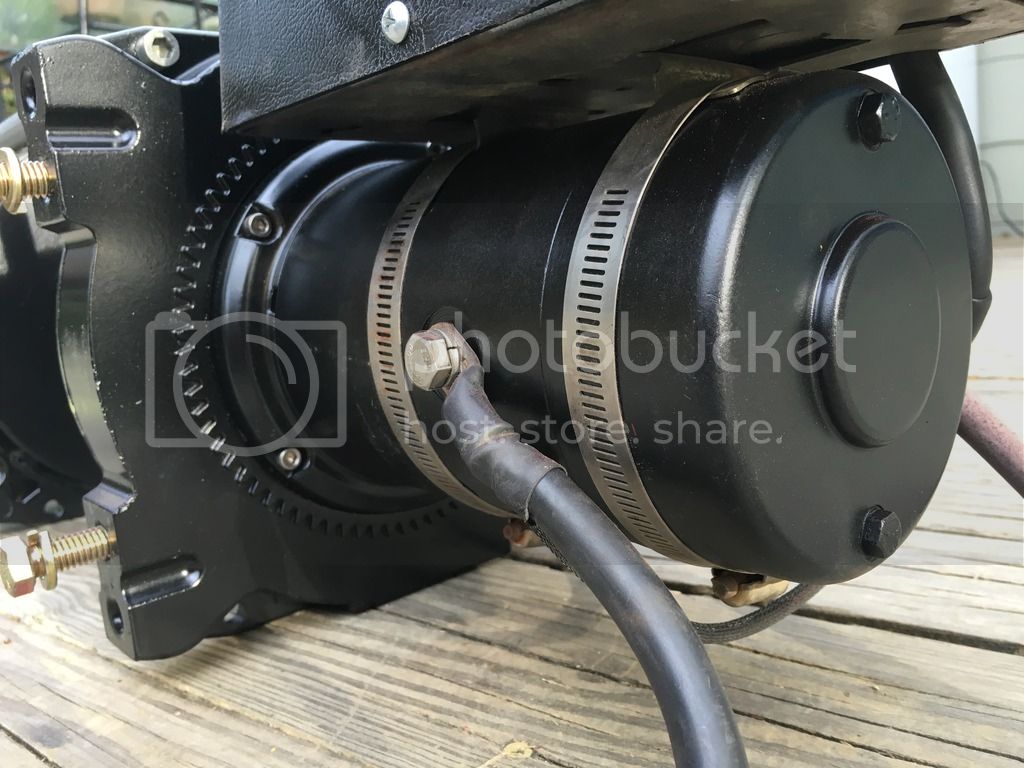 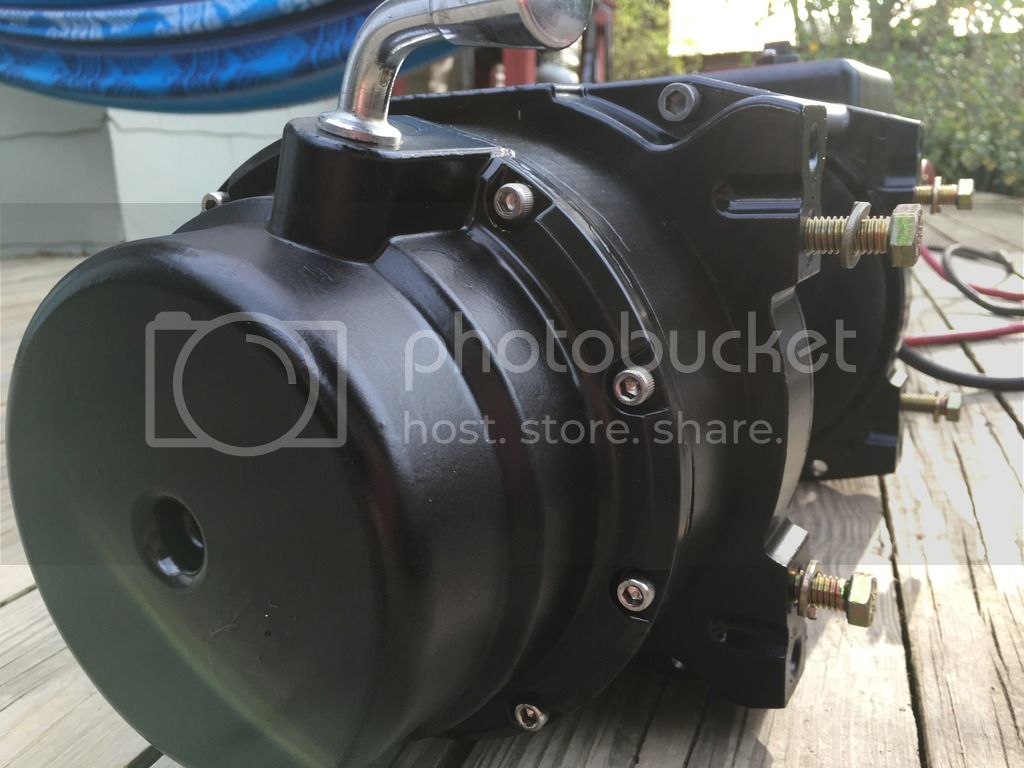 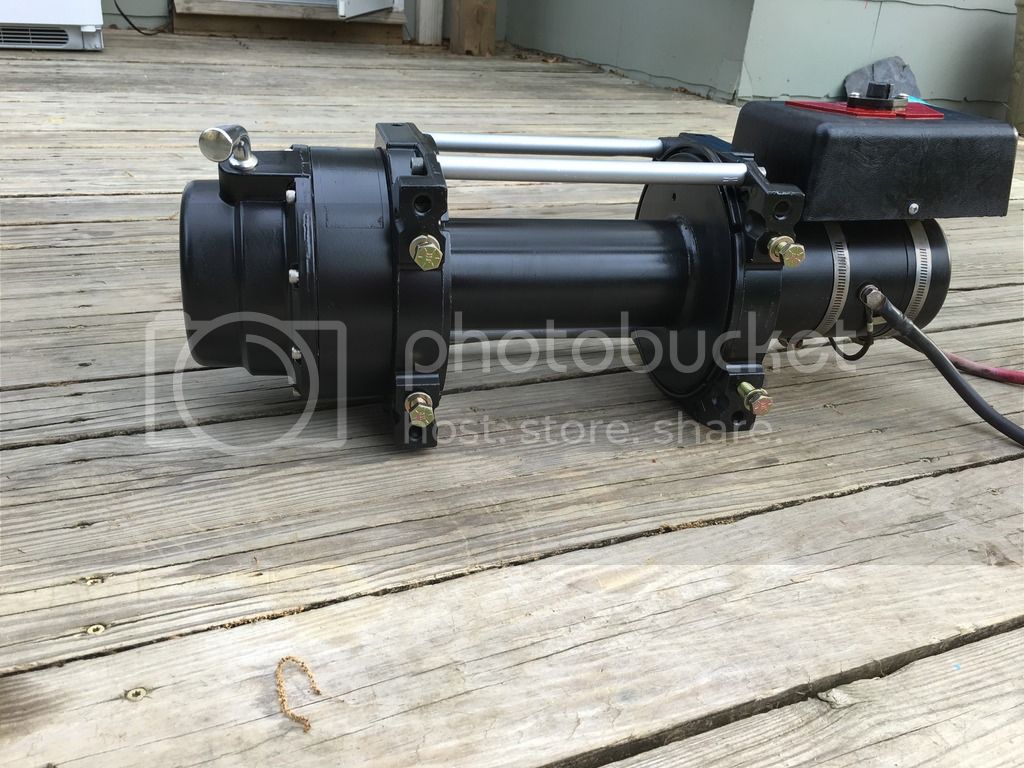 I then ordered a 92' 1/2" synthetic rope off of Ebay. Multiple guys in my local TLC chapter have this same rope, and were singing it's praises. It was hard not to get one, as it was only $139 shipped.

Here is a "Before" and "After" 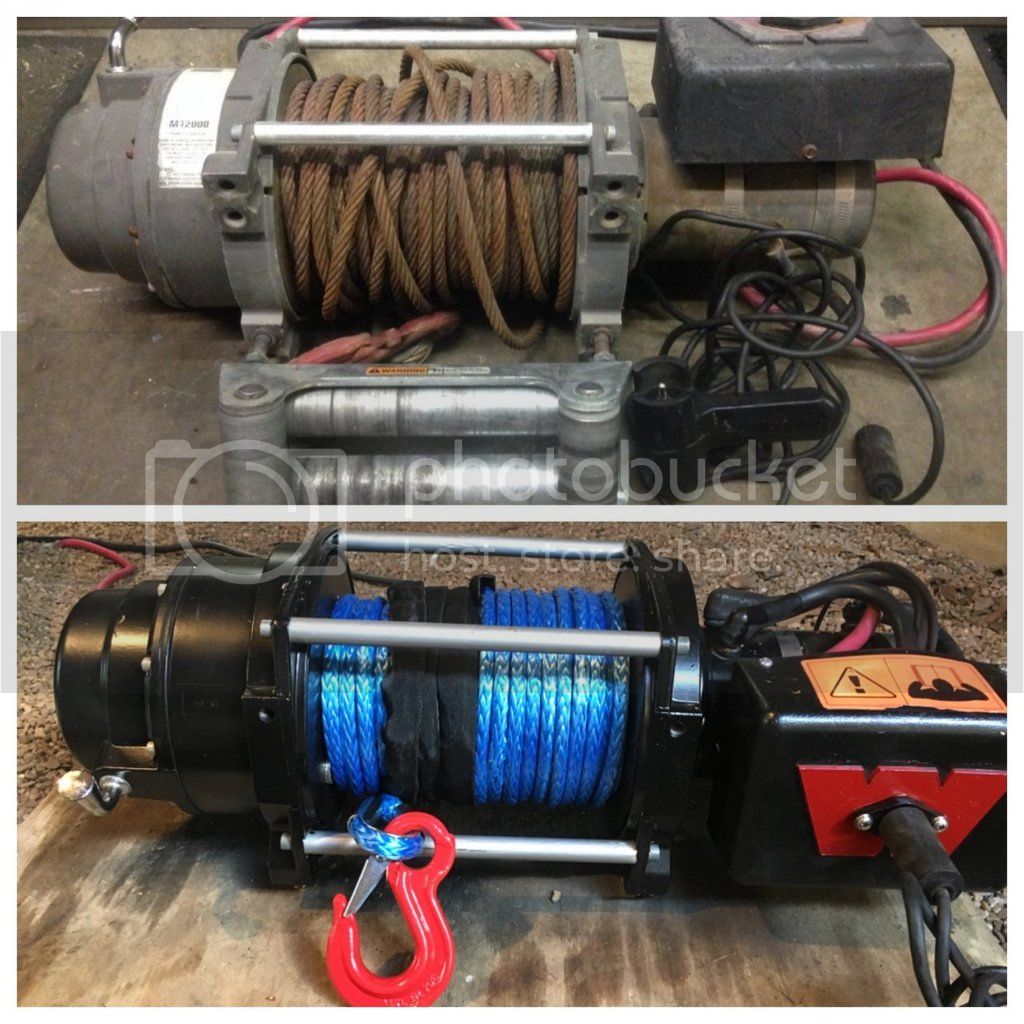 Nicely done! It looks like it's from the same era as mine. late 90's or so. Actually yours may be a little newer, mine has the old style round plastic ball on the clutch lever rather than the slim metal version on yours. Have you already cleaned all of the solenoid terminals too? Just curious, are they the new style or older style solenoids. Mine are the older ones but still going strong. By the way, you mentioned the aluminum crossbars.....mine are steel. If yours really are aluminum they may have been replaced. You may want to look into that. You may be ok with synthetic line but with wire rope the rope can build up on the spool and actually bend the cross bar which can result in a broken end casting (housing). One of the cross bars was bent on my winch when I purchased it but luckily the castings were intact. Just something to watch out for.
I replaced all of the bolts on mine with stainless steel too. Got them from Mcmaster Carr.

@badlander , do you think that Warn changed from steel to aluminum with the later generation m12000?

Solenoids work great; no idea if they are the old or new style.
B

Here is what the old style solenoids look like. They look exactly like the starter solenoids you used to see on car firewalls.This is how they looked when I purchased the winch. Needless to say they don't look like this now. The new style have a mounting plate on the end and mount flat. 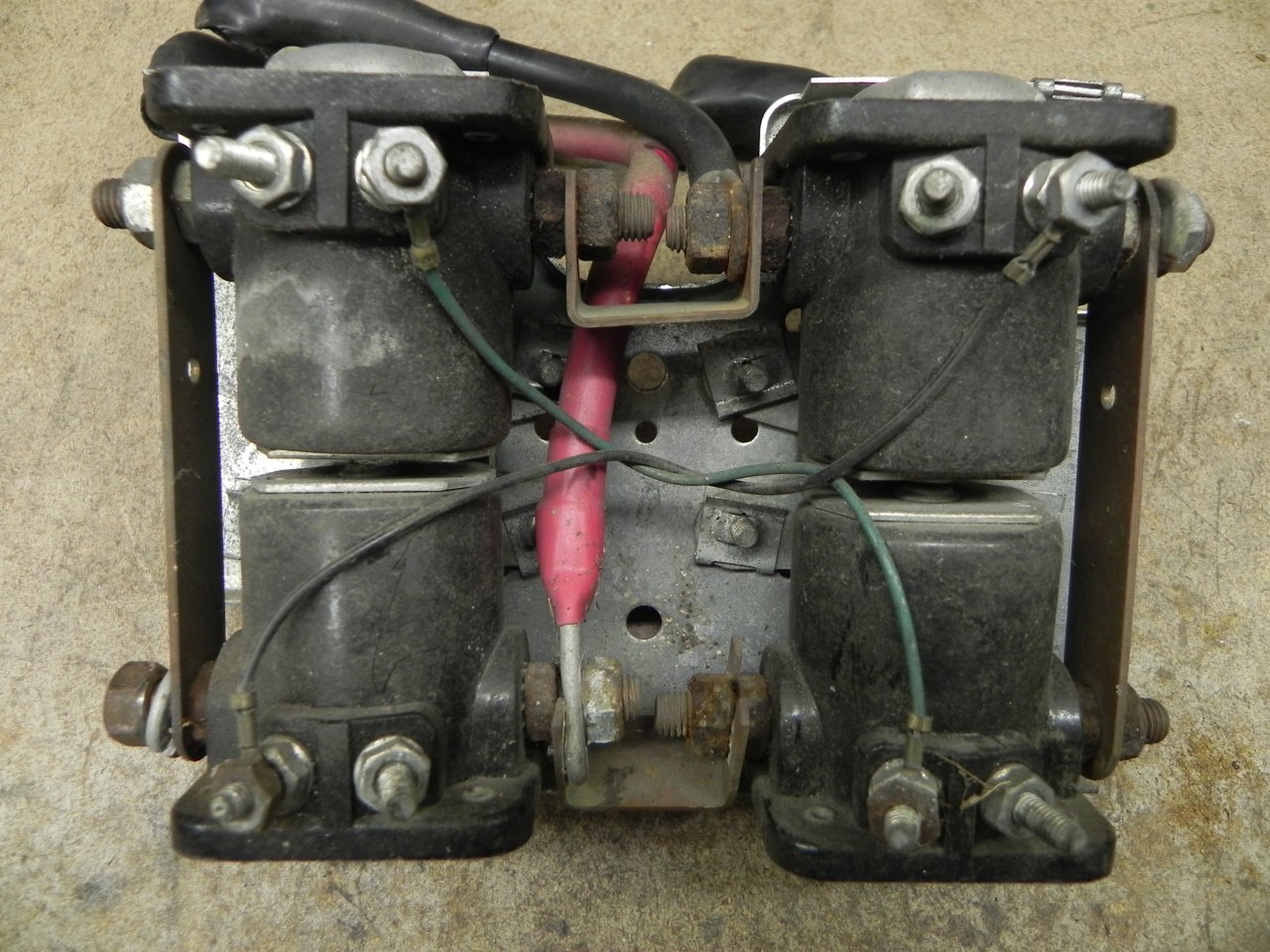 Here is my winch before rehab....a basket case! Corrosion and rust city. 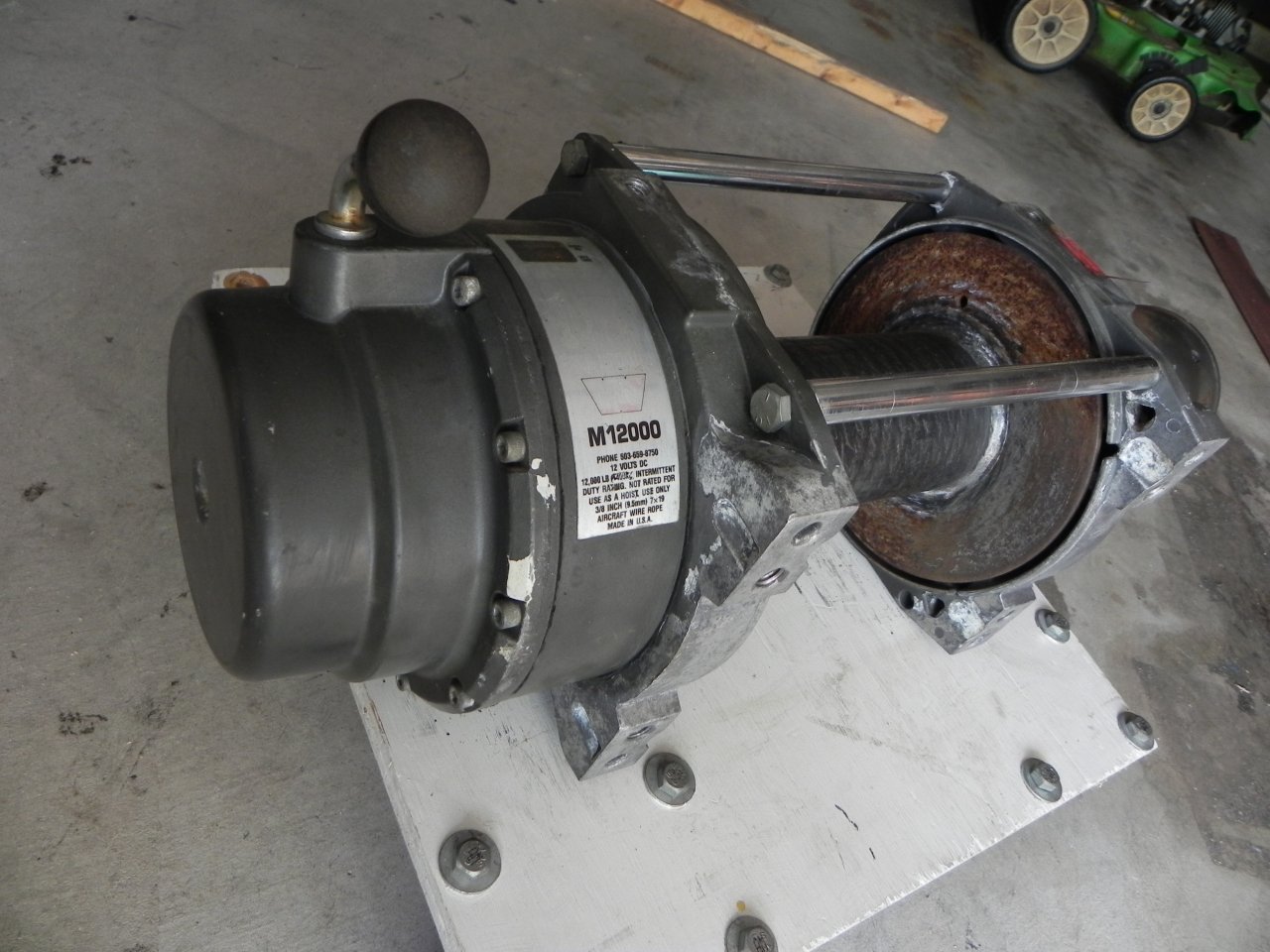 And here it is after refurbishing and installed in the bumper prior for mounting on the truck.... 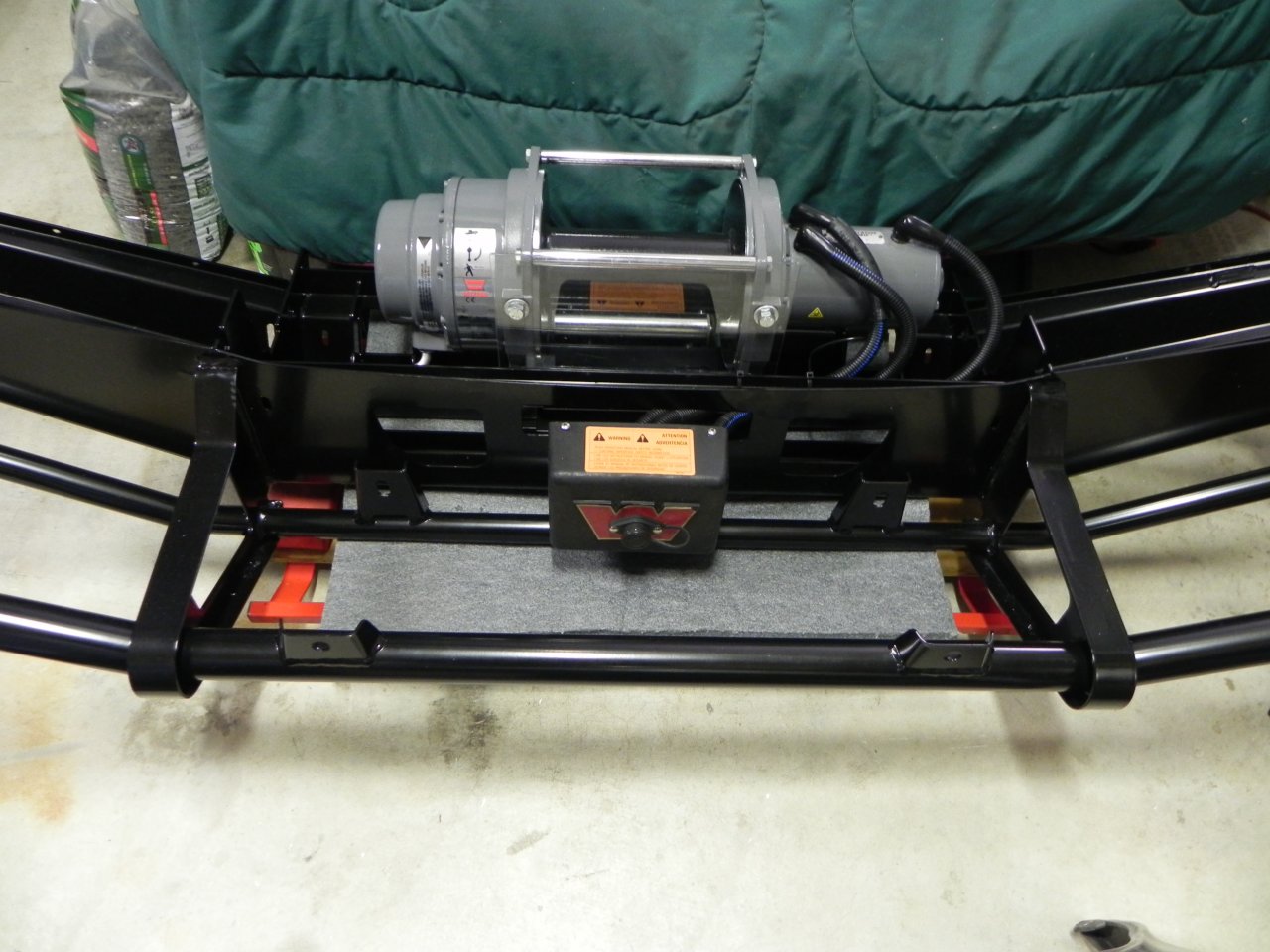 B
K72 Rope by Guardian of Bravery vs. Bubba Rope vs. Yankum Ropes vs. Billet4x4?

B
K72 Rope by Guardian of Bravery vs. Bubba Rope vs. Yankum Ropes vs. Billet4x4?