pappy said:
Was that a Harbor Freight engine hoist? How did it do with the 3.4?
Click to expand...

jsabowabo said:
It is. It's their 2-ton version. It did awesome. Plenty of lift and capacity. I'm glad to got it over the 1-ton. It was $200 after taxes, but worth it.
Click to expand...

Thanks. I have a buddies 2T not HF hoist in the garage for the 3RZ. I've been thinking of getting it back to him and getting the HF because it folds up nicely.
Last edited: Dec 17, 2020

5VZE is in and most of the supporting mods / wiring is done. I finished the airbox mods, EVAP box mods, throttle bracket mods and a few other things yesterday. If things go well, I may be able to start it up today. My exhaust is only connected to the downpipe and cat ATM. When people say the 5VZE swap is "plug and play", I'd say they have either never done the swap before, or they are comparing it to a full 100% custom engine swap. There's A LOT changes that have to be made. I'm pickier than most though as I want my swap to look as close to factory as possible. 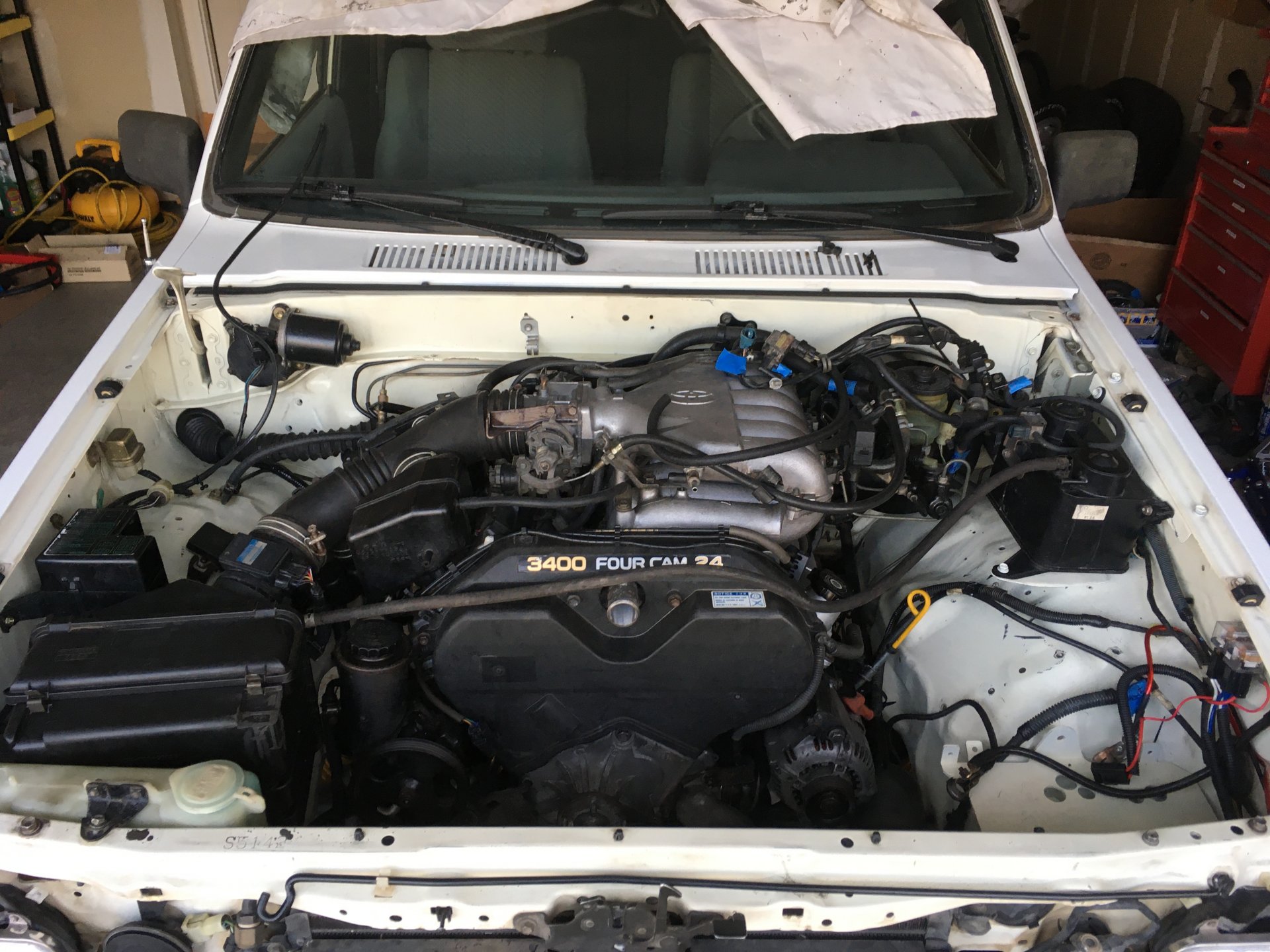 Agreed on swap difficulty rating. Guys that talk about doing it in a weekend are really doing hack job.

Just a thought, but if you move the evap box over near the wiper motor and fuse box, it eliminates have two vapor lines running completely across and back in the engine bay since the tank vapor line and donor motor intake are both on that side already. I did it on my last swap. Not quite as easy to mount but worth it. Just my two cents.

So after a long road chasing wiring problems, I finally got the truck running well. It turned out that there were two problems with the swap harness I bought that had to be chased down. With the help of some of the 3.4 swap community.......success this morning! Took the truck out for a shakedown run after I verified timing was correct and it runs perfect.

The problem I had involved the engine running at 5 degree ATDC, not wanting to rev and backfiring around 3500 RPM. The problem ended up being with the signal being sent to the ECM, specifically to the STR pin the ECM, which tells the ECM when the engine is trying to start. It was getting 12v constant, when it should only have been getting 6v during cranking. That's all it took. I replaced the ECM, crank sensor, cam sensor, pulled the timing belt off, checked every sensor on the truck and spent dozens of hours trying to figure out the issue. None of it worked until one community member asked if I was getting voltage to pin E9-11 with the key on. I was and I shouldn't have been.

Anyways, I'm super happy, as all the troubleshooting I've done over the last 6 weeks has been failure after failure. I learned a ton about wiring and how everything works at least. Here's the finished engine bay. Still a little work to do.... The truck runs so strongly and smoothly compared to the 3VZE. So far I'd say it was well worth the effort. 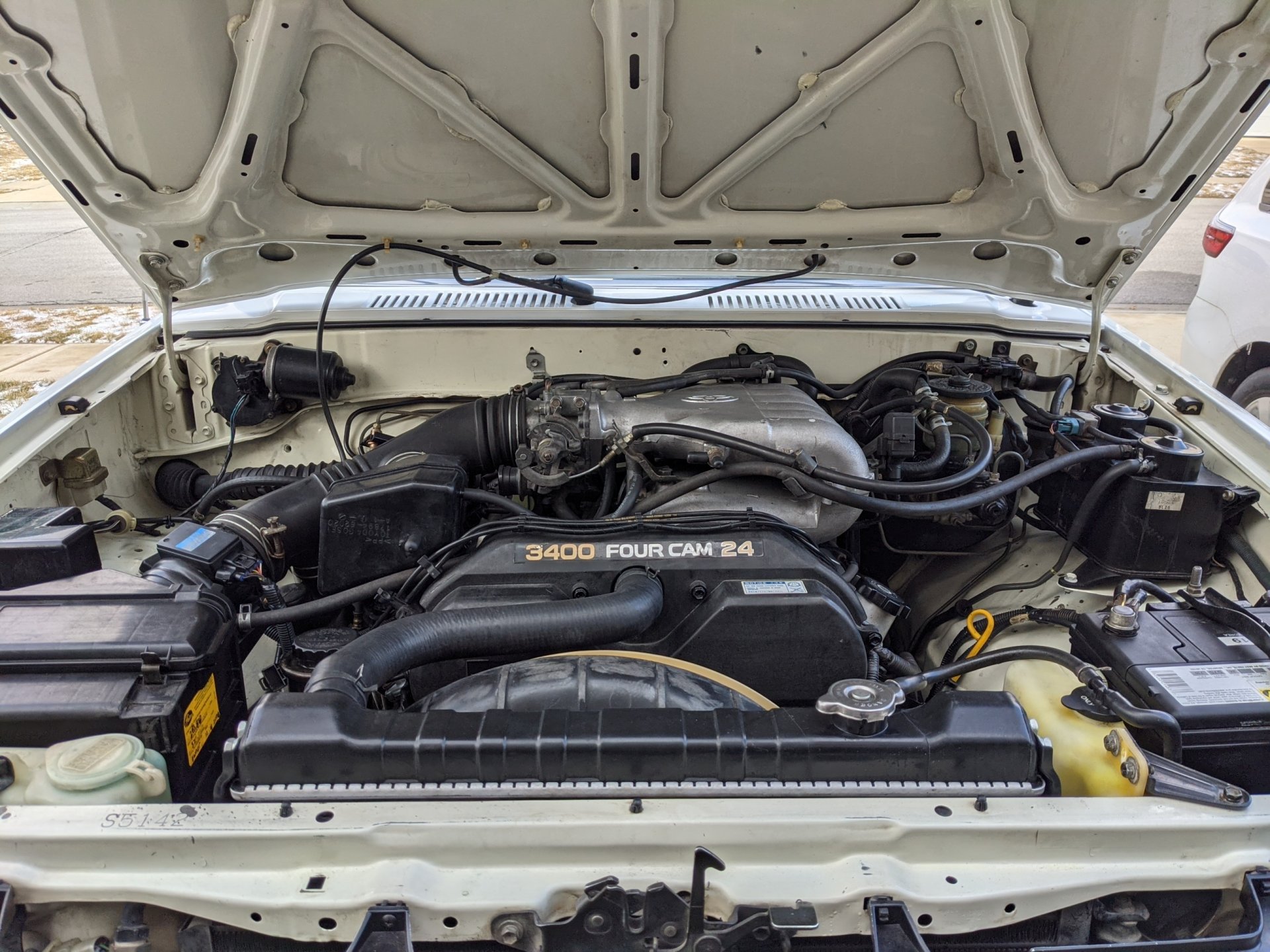 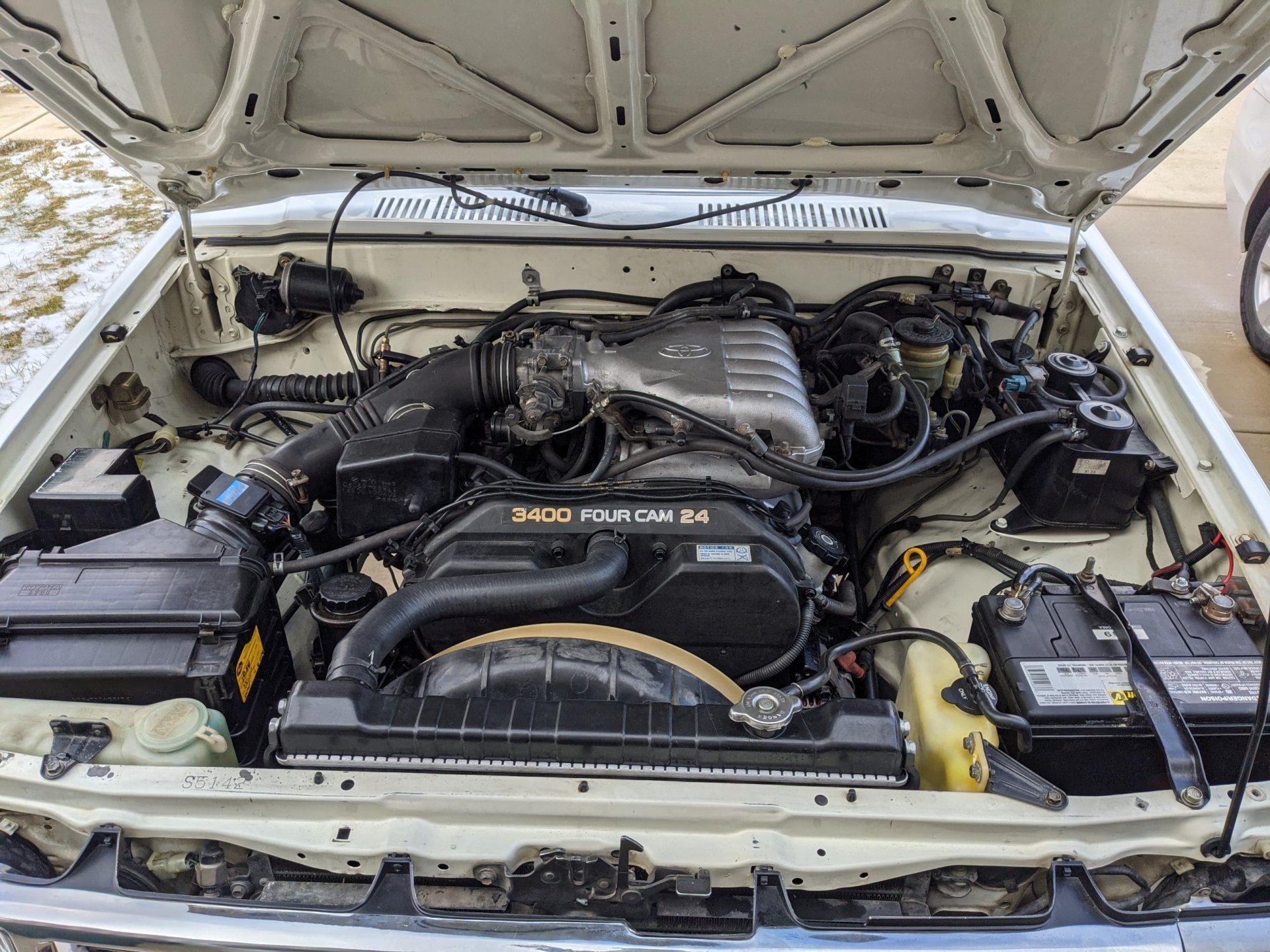 Now that the engine is running well, I've turned my attention to the stereo. I installed an alpine head unit and quality 4.5 speakers in the front and 6.5's in the rear. It sounds nice and clean, but has no bass. Fixed that today with this under seat subwoofer from pioneer. This thing adds some serious bass and is nice an punchy. Just fits under the driver's seat. Wiring is super easy. Total install was about an hour. 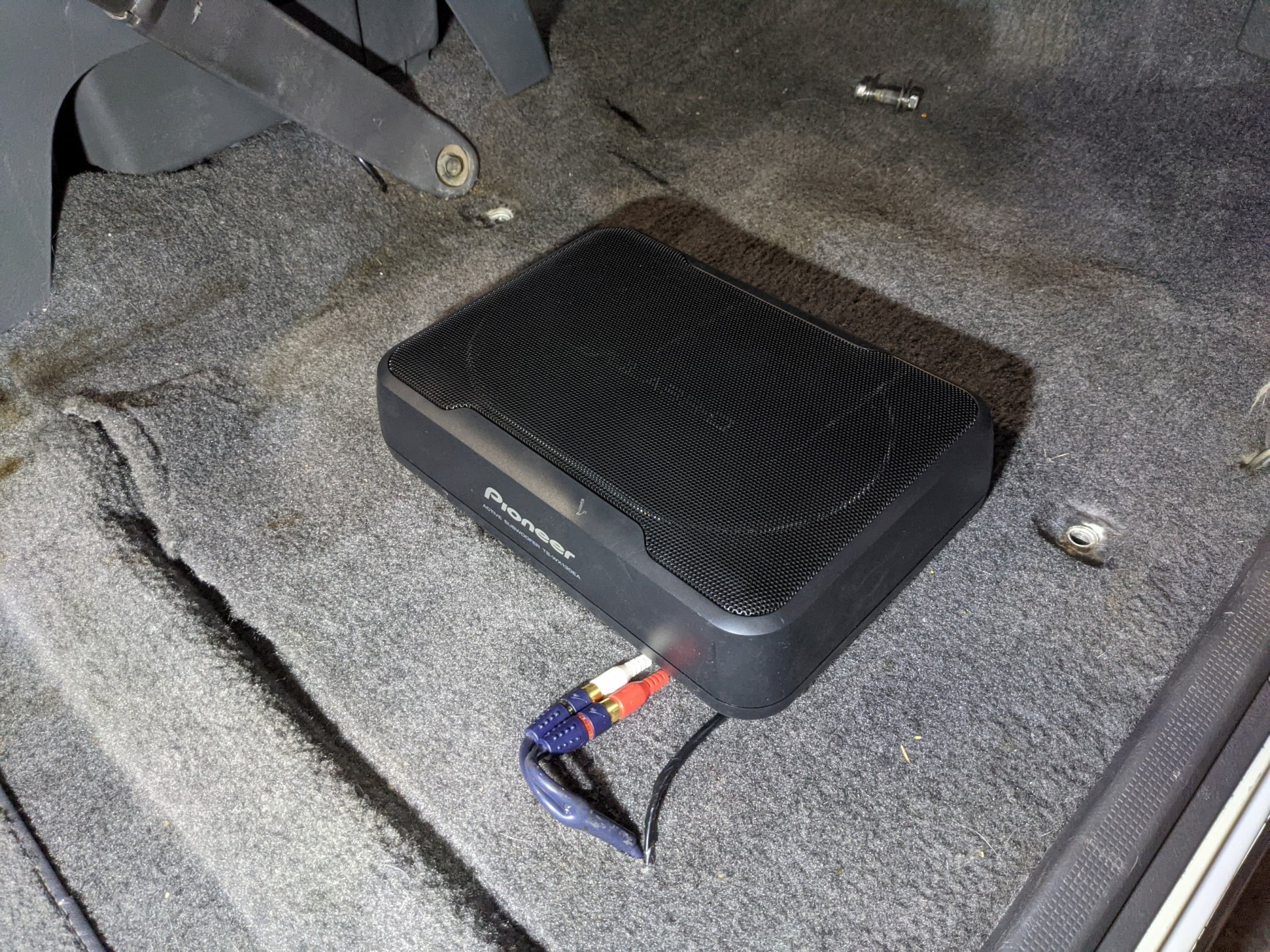