Looking good there. What axle seals did you go with?

Robert Franzke said:
Looking good there. What axle seals did you go with?
Click to expand...


This was my experience exactly. Cleaning, painting, etc made this job bigger than necessary for me. My knuckles were visibly leaking gear oil so had to be done. The 'grease' inside the knuckles looked more like melted blue crayons than grease so it was time. But its a cruiser right of passage job, and the price of admission for owning one. Even if it didn't need to be done, its good you are getting it knocked out and out of the way. I too went with the Marlins. I'm told they work better but don't hold up as long. That remains to be seen but hopefully they work out. If nothing else I like the flange they have to help align them when installing. Nice work. Your cruiser is in good hands it seems.

@Robert Franzke finished up the driver’s today. I had noticed that side had more grime, but wasn’t leaking externally. As soon as I popped the spindle off...like you said...melted blue crayon came pouring out! Well, double glad I did it then. 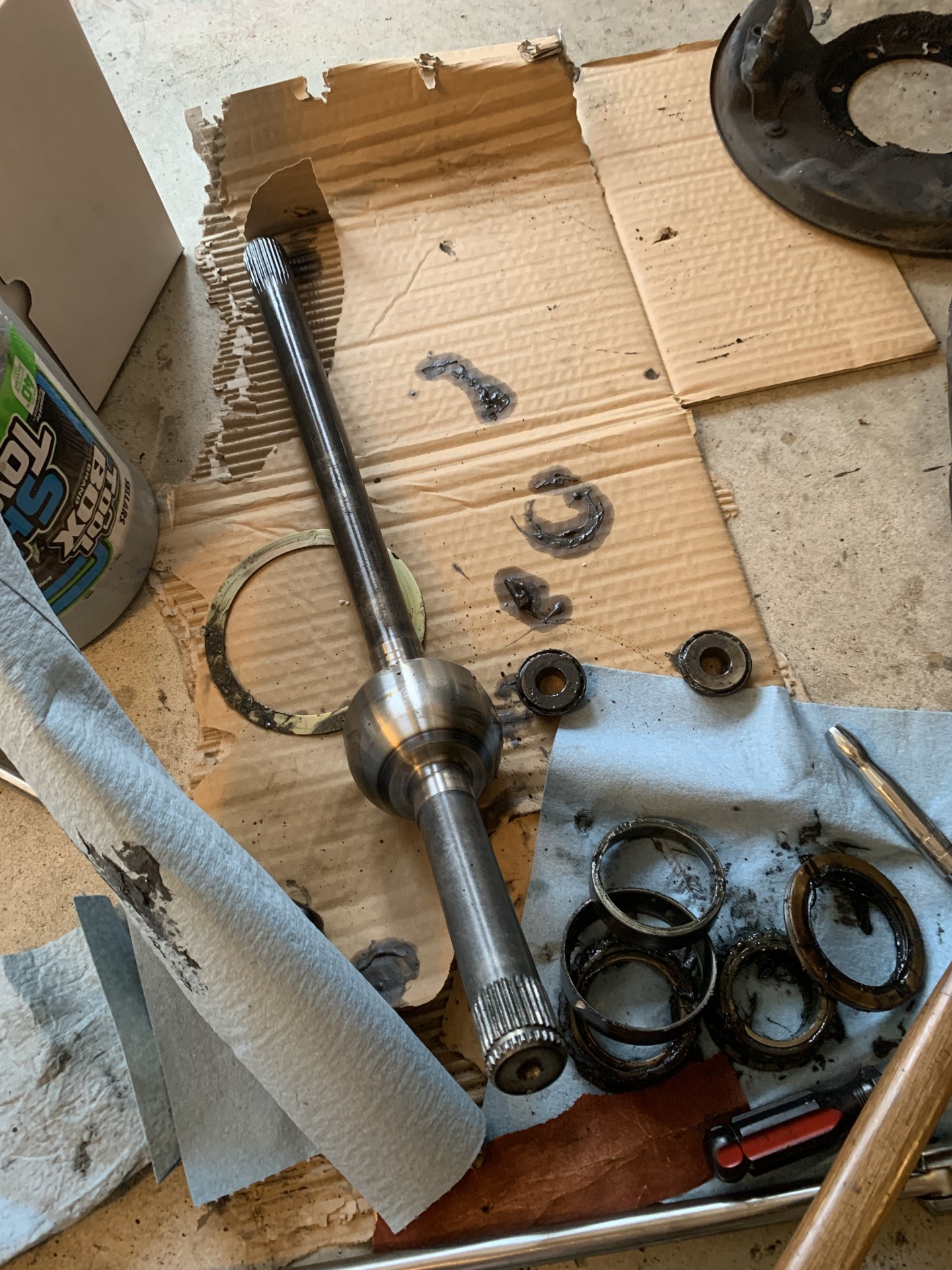 Drying after cleaning and getting prepped for paint 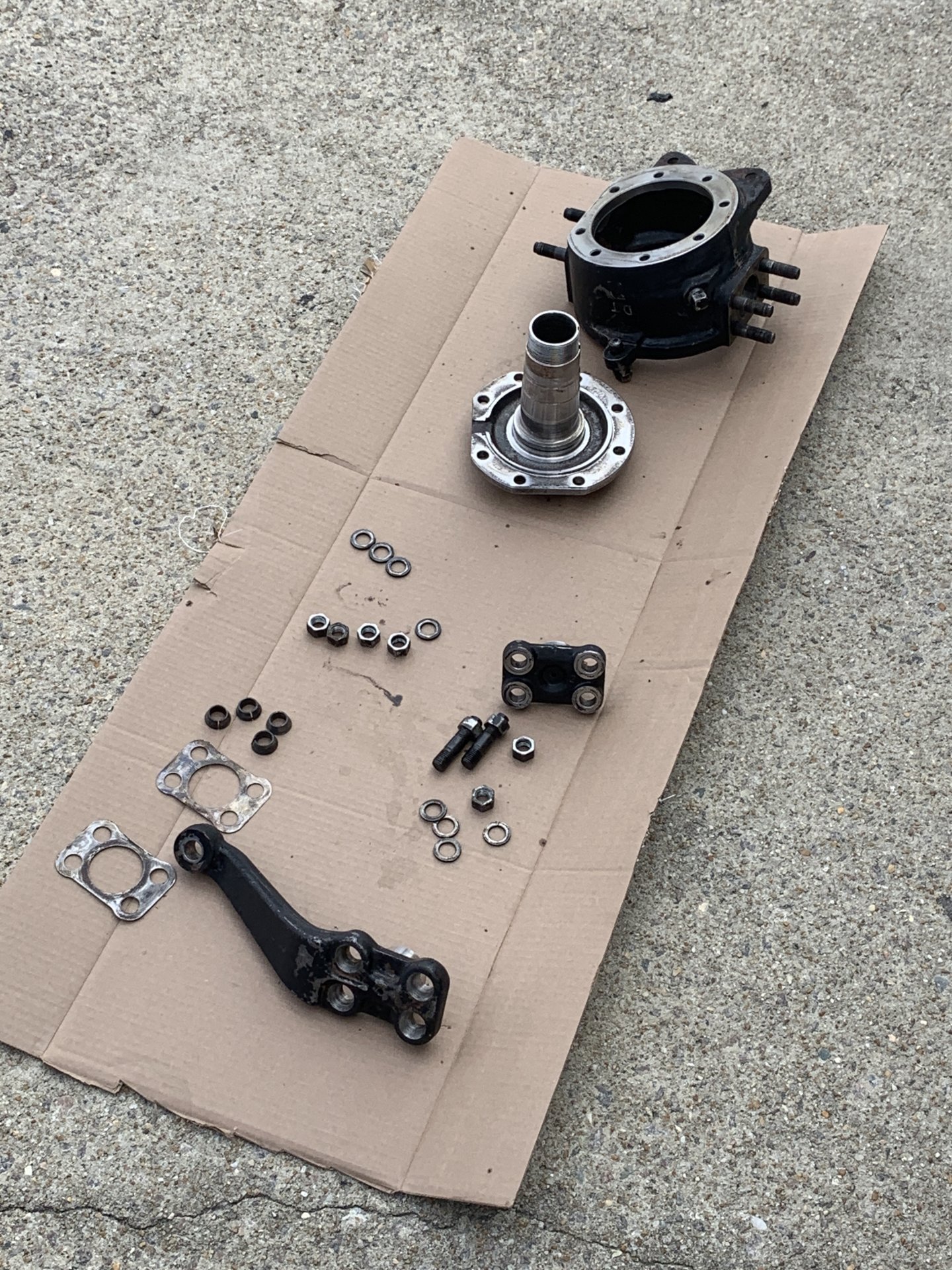 Looking all shiny and new 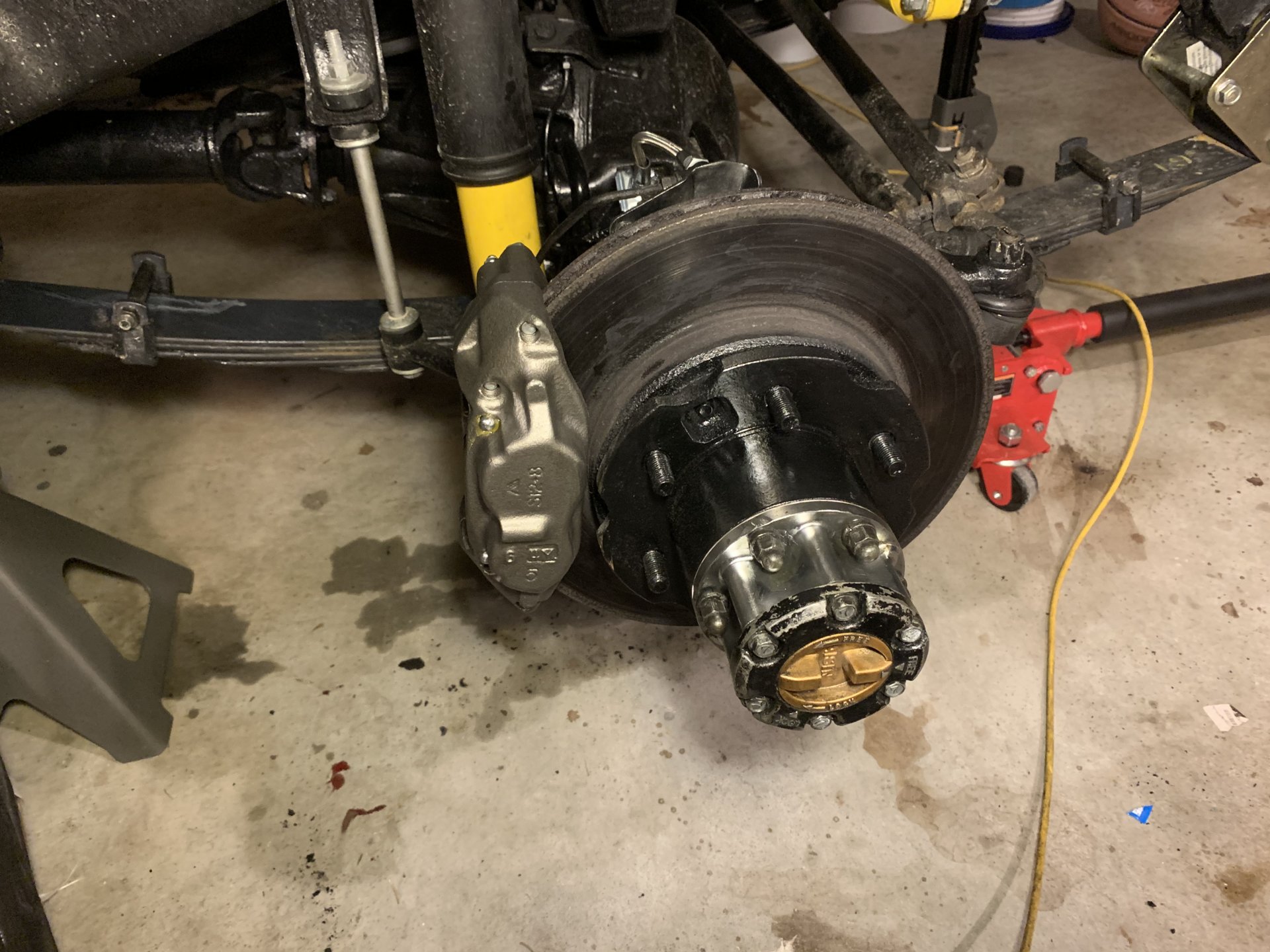 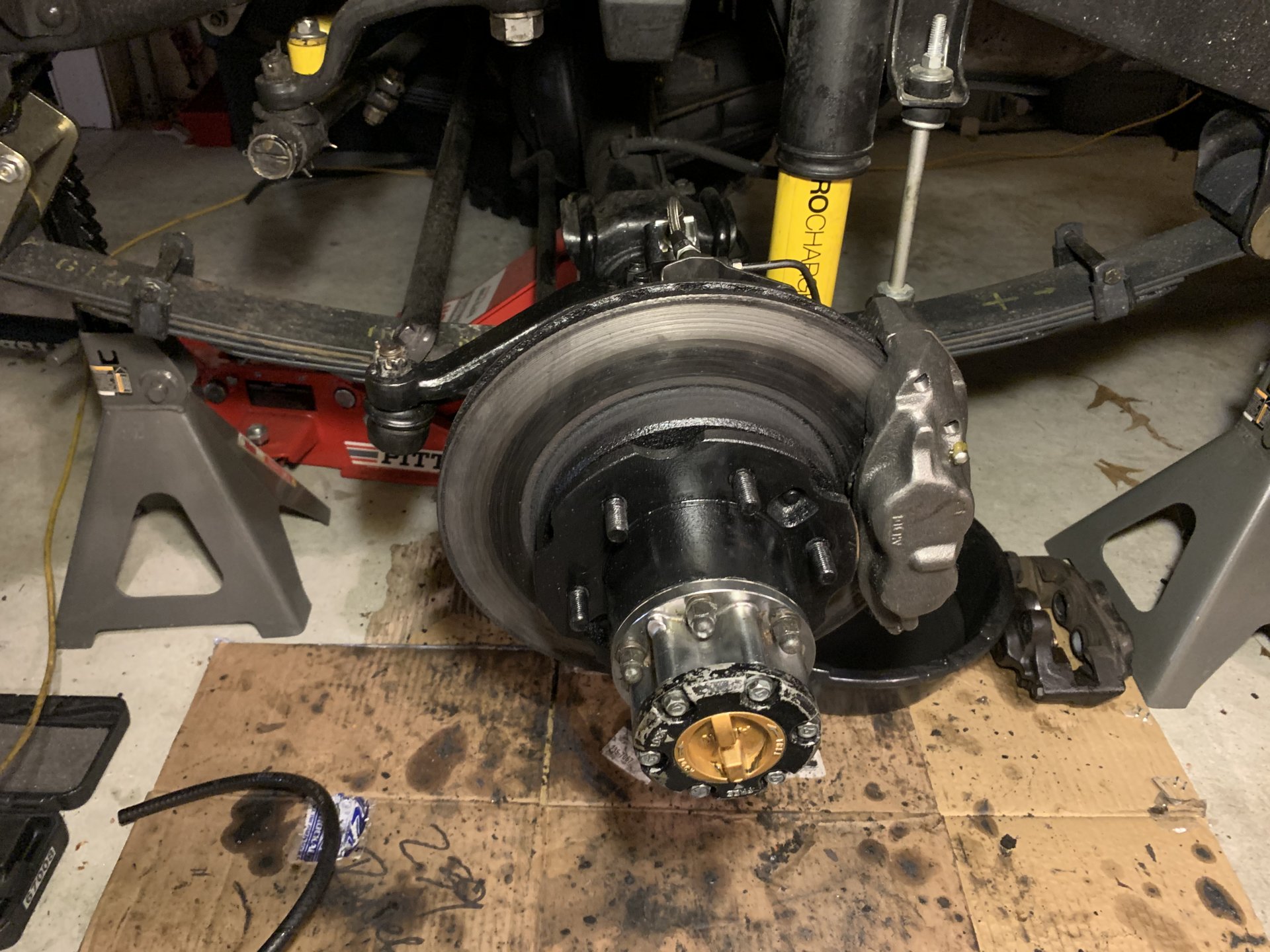 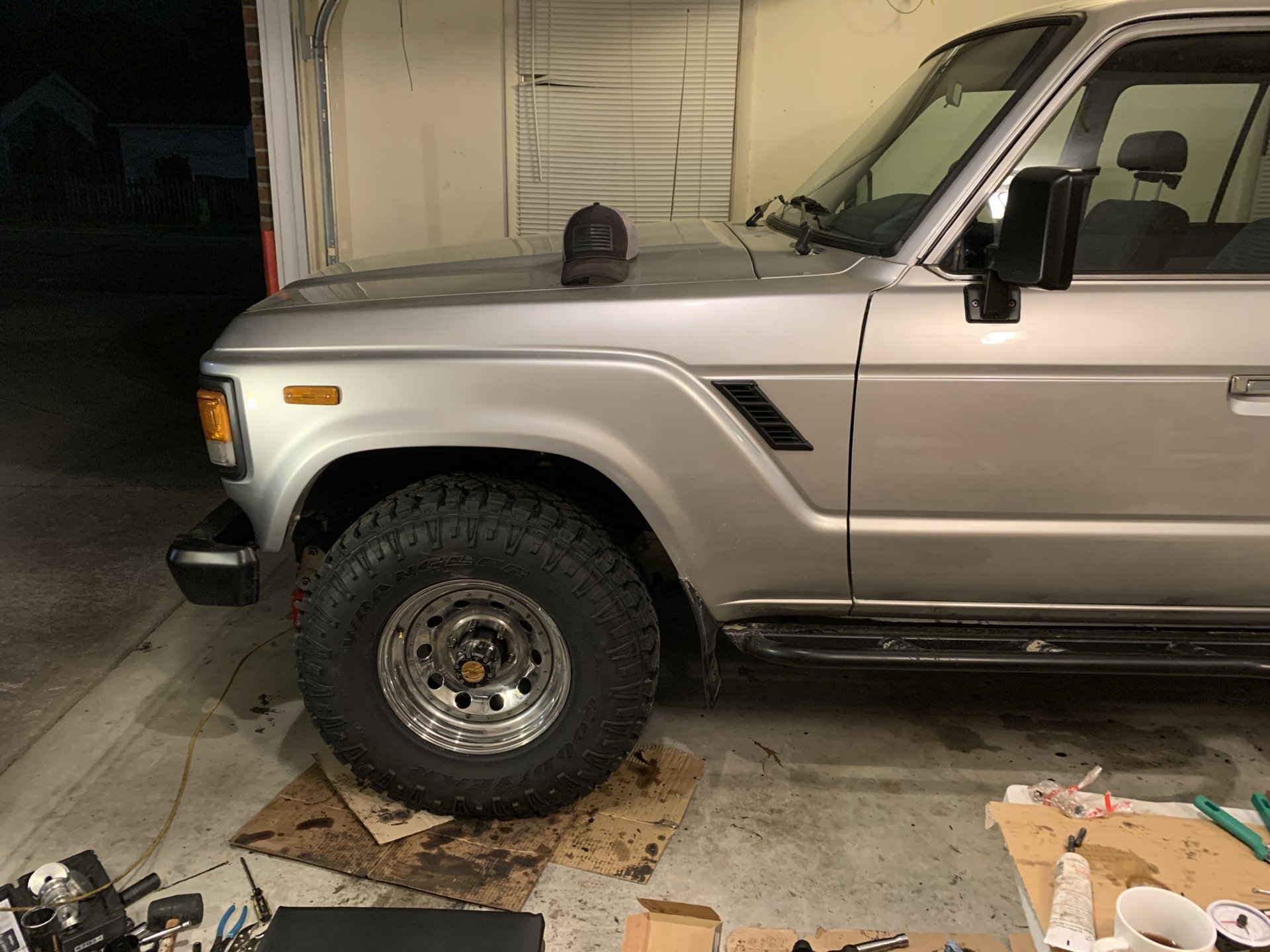 Awesome work!!! So satisfying to finally get this kind of thing done. One thing I wish I had done on mine was re-paint the locking hub dial while I had everything off. I was taking the Toyota on a trip and was running out of time to get it all done before leaving so I skipped that work. My cruiser is getting some time off from daily driving as the world melts down with viruses and I am forced to work at home, so might tackle that while I can afford some downtime. Did you end up just re-using the shims as they came off or go about checking knuckle centering with the tool with new shims?

Robert Franzke said:
Awesome work!!! So satisfying to finally get this kind of thing done.
Click to expand...


I ended up just re-using the shims that were already present. It seemed to be doing fine before. I do plan on dropping it off at a shop in the next day or so for an alignment. While I'm out, I'll probably grab a small bottle of enamel paint for models, to touch up the locking hub dials. I figured I could do it faster with a small hand brush versus disassembly and/or taping.
Last edited: Mar 16, 2020

@Hojack you pressured me into it... 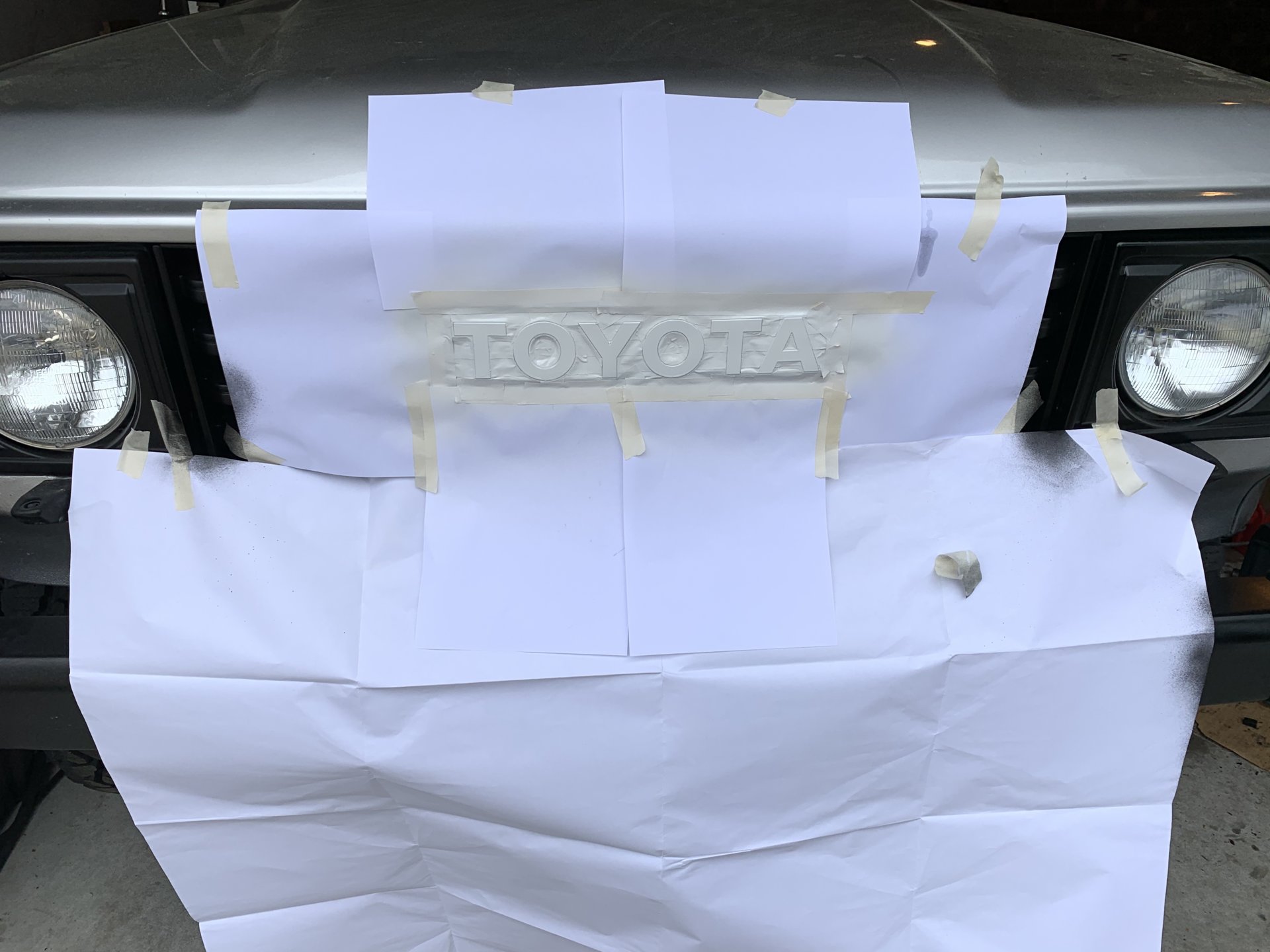 This is pretty awesome, so much work in such little time!

Thanks; It helps that I have to burn some mandatory leave from work and I have an understanding wife...at least so far!

She rides again... Front axle & steering all cleaned up with new seals and bearings, fresh grease and gear oil, new shoes mounted. Glad it’s all done, now I can move on to the smaller projects that have been nagging at me. 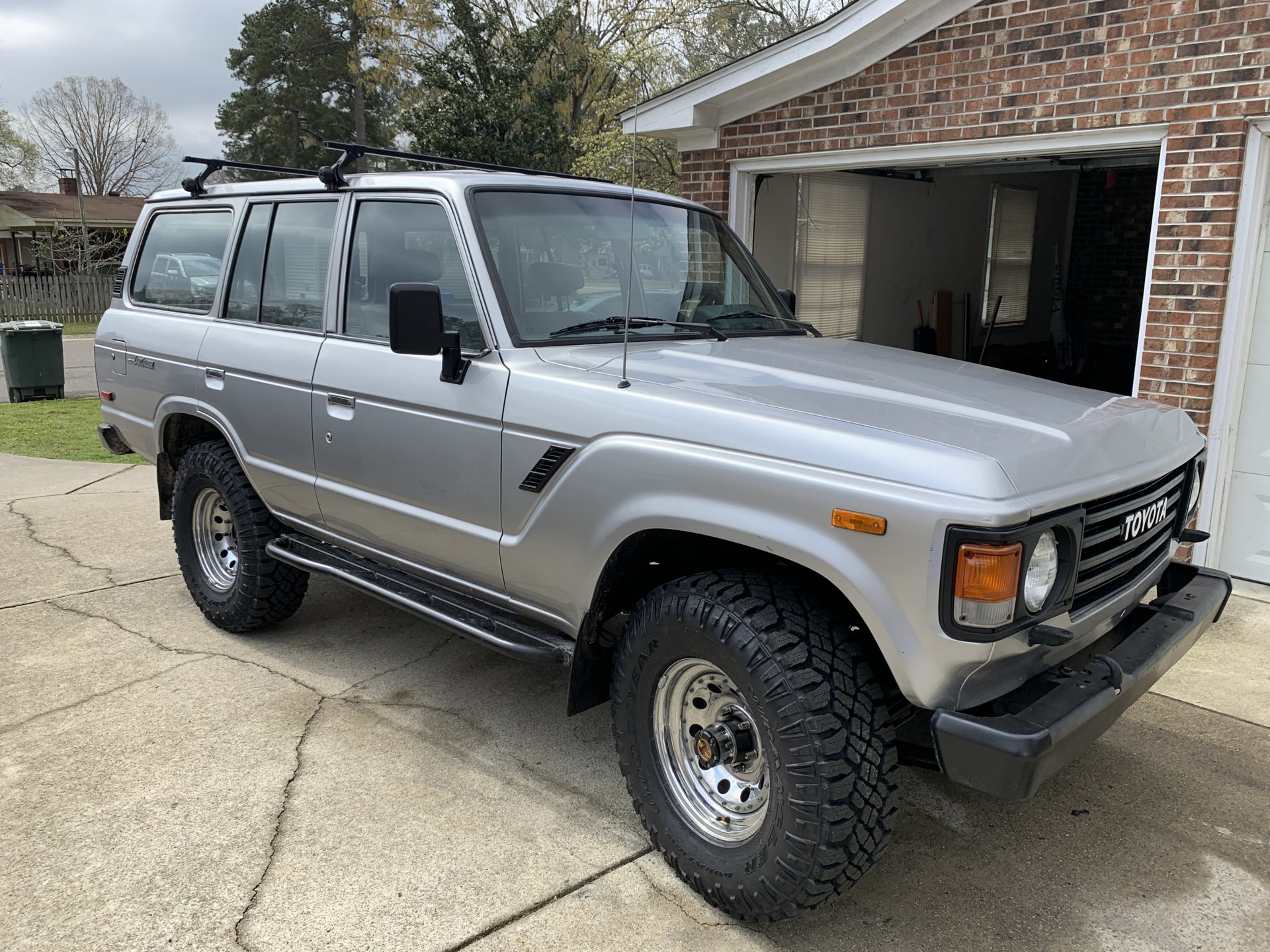 Recharged the a/c today with some R-134 that contained UV dye. It was completely empty. Blows cold now and I couldn't find any evidence of leaking. One more thing checked off the list!

The tires and wheels look awesome man! And the TOYOTA painted is spot on! You have to advertise that. I'm sure people have noticed, but some of the new models of 4runner and tacoma have the same big lettering up front. Its great. What type of roof rack is that? I need to get one, jut the 2 bar style.

@4runner2FJ60 Thanks! The roof rack was on there when I bought it. There's no name on it. Probably just some generic "universal" rack from a big-box store. It works though and at this point I feel like she looks naked without it.

Decided to knock some items off my list today and went back under the hood. Since I'm just about to hit 200K miles, I figured I'd go ahead and change the oil, replace the spark plugs, wires, dizzy cap (new rotor was on the list too, but the one I got delivered was the wrong size), and adjust the valves.

While I had everything apart, I figured it was a good time to drill out the oil galley push plug above the #5 spark plug and complete that fix. I've been avoiding that project because I don't have much experience drilling and tapping and didn't want to really screw something up. I decided that today was the day. After pulling the air cleaner assembly, I went ahead and removed the head bolt that the plug goes into. I figured it was right there and I might as well do the best job I could. After removing the bolt, I wrapped a wire brush in a paper towel and coated it with some moly grease, then stuck it in the bolt hole. The idea was to catch any metal shavings from the drilling and tapping. 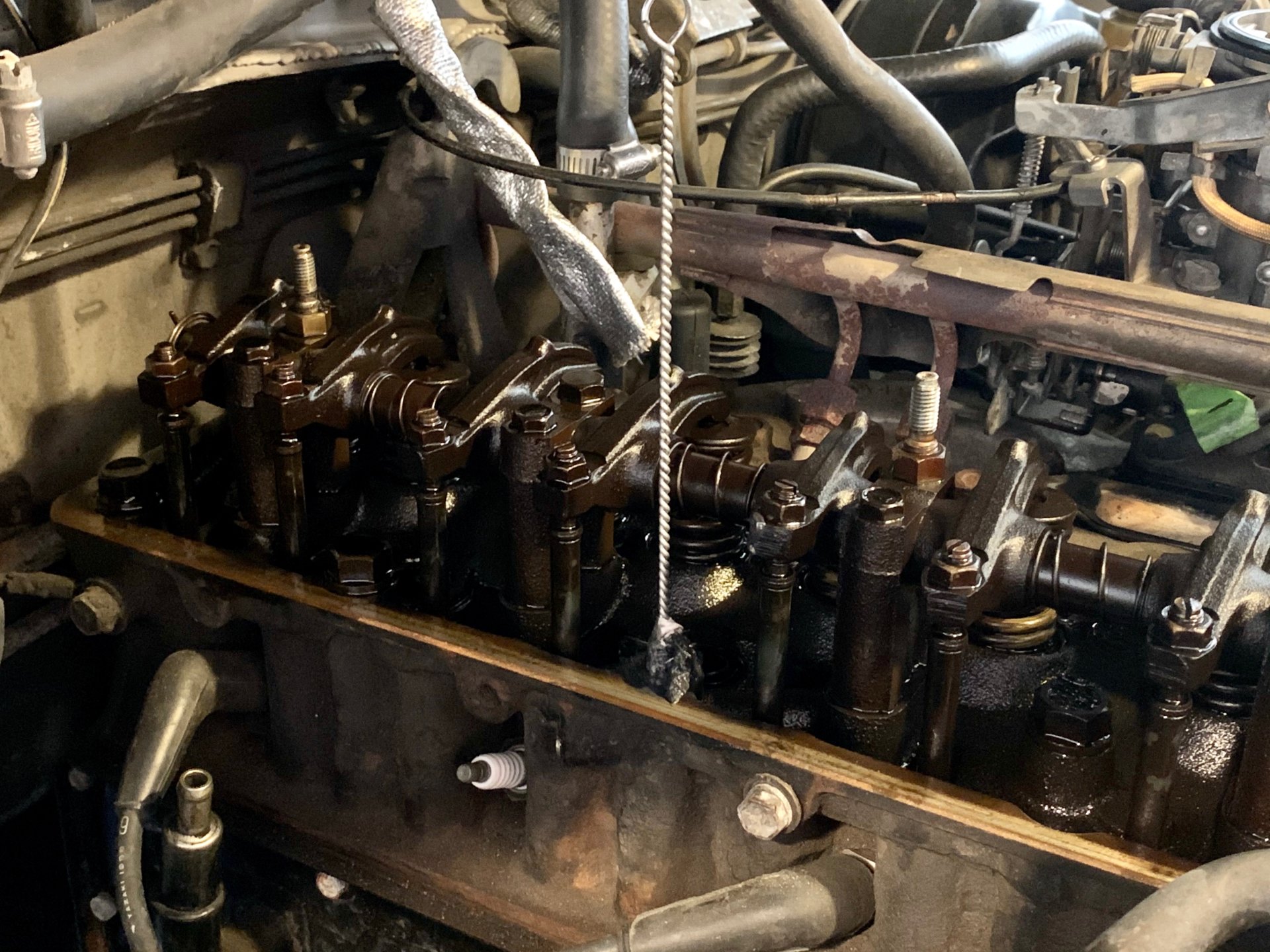 I'm glad I did that because there were quite a bit of metal shavings on it when I was done. After the hole was tapped and everything cleaned up, then it was just a matter of inserting the set screws and moving on the everything else. I didn't like how loose the set screws were in the threads, so I went ahead and smeared some JB Weld on the threads and screwed in two screws. I'm pretty confident that it will be good to go for a while. 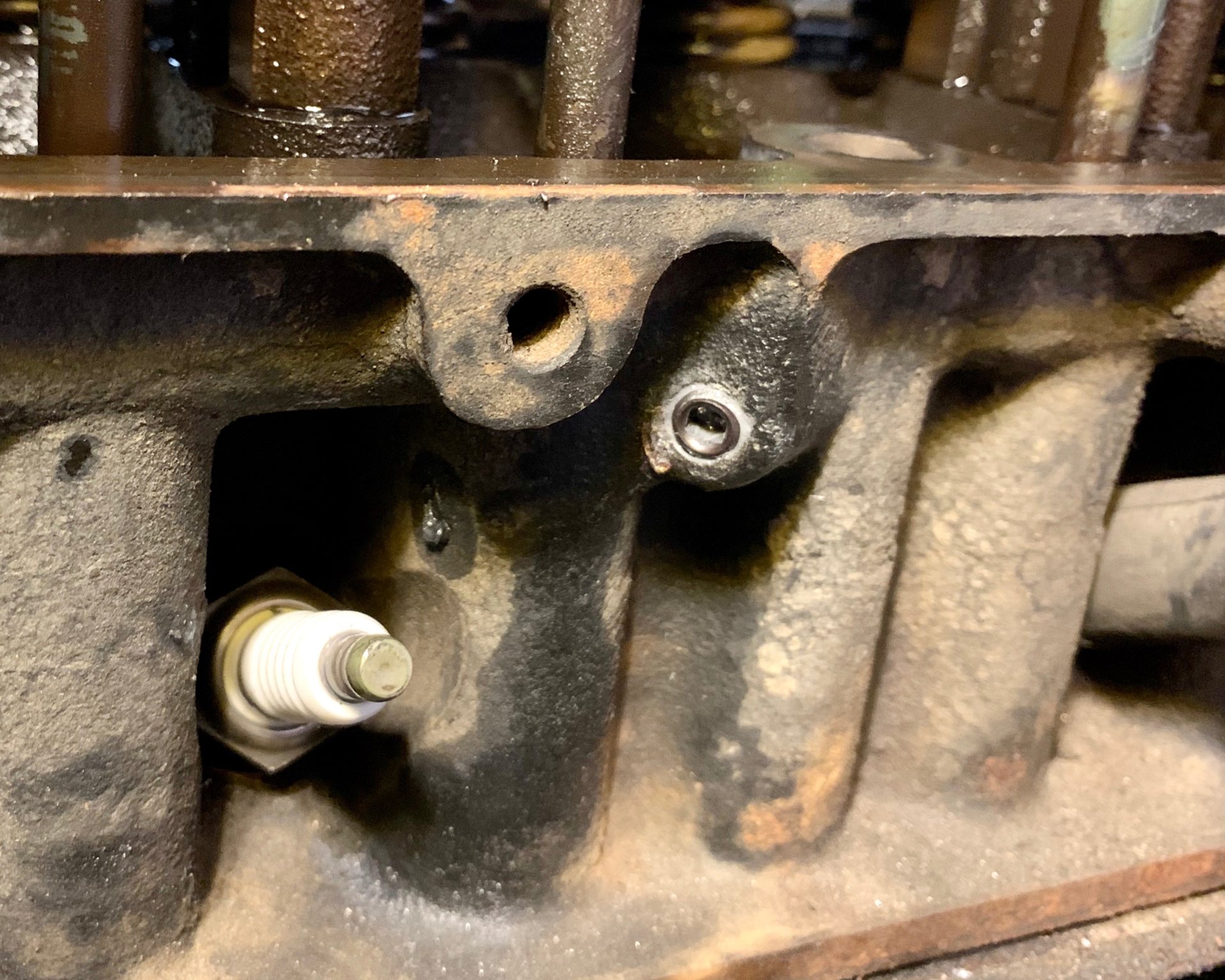 After that I finished up everything else on my list. I've never done a valve adjustment before, but it ended up being fairly easy. I wasn't expecting much when I finished, but I got quite a surprise when I was done. After putting everything back together, I fired up the engine. I had no idea that it could run that quiet! My idle smoothed out significantly too. It was too late to take it for a test drive, so that will happen tomorrow. I'm excited to see if I can feel a difference in the responsiveness now too.

Man nice here. I have yet to do the oil galley plug fix on mine. How was tapping that head? Have read so many horror stories of snapping taps that I have been reluctant to try this myself. Sounds like you nailed it though. Good stuff.

@Robert Franzke Tapping the cast iron in the head was a lot easier than I thought. Glad I did it for the piece of mind. I read all the horror stories too and that's partly why I was so hesitant to do the job. In one of the posts I read, somebody actually gave the size drill bit and tap they used...so I grabbed a bit & tap set at the hardware store for a couple dollars. 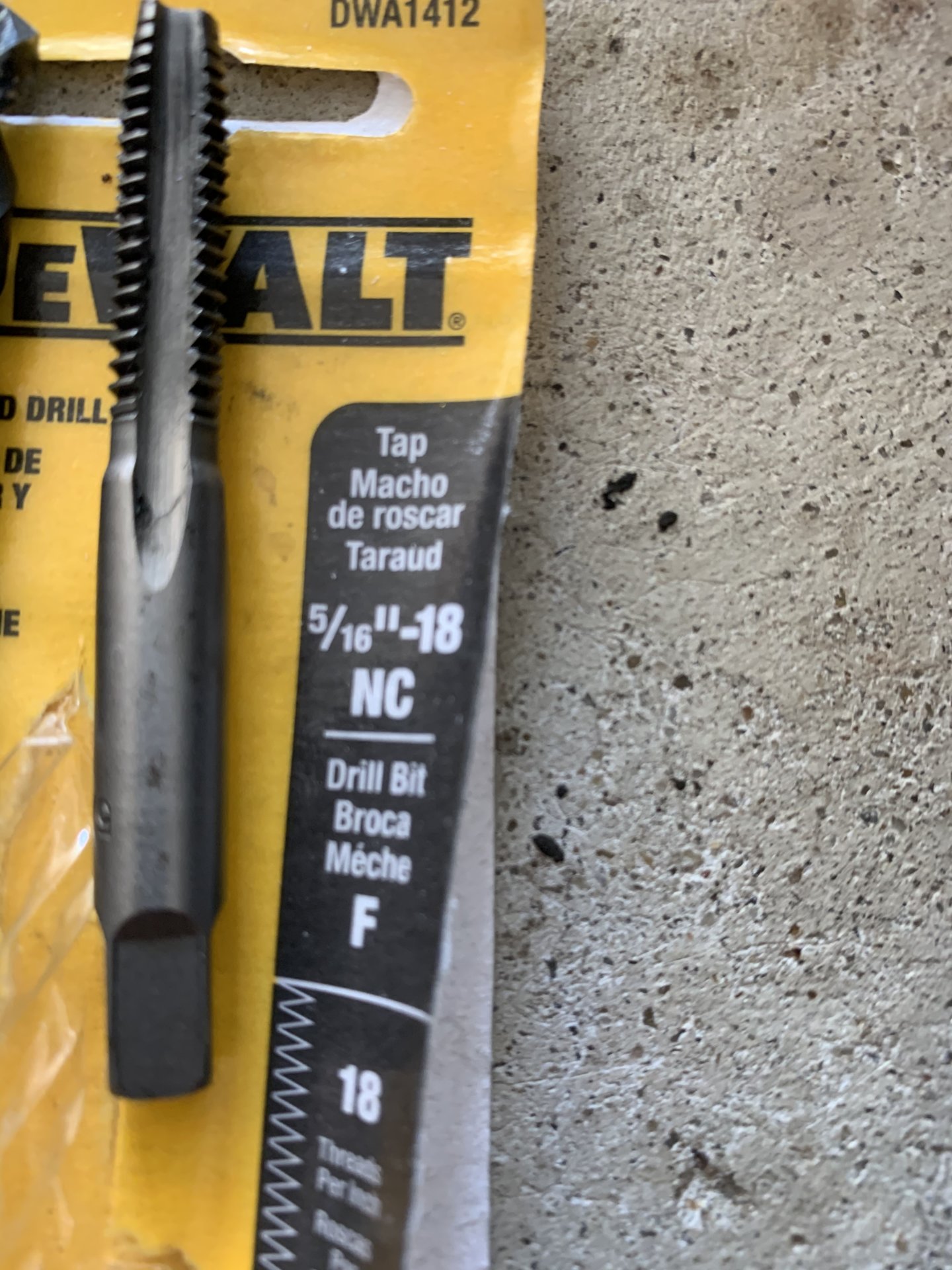 I had a right-angle cordless drill but even with that it was too long to get at the plug. To fit in to do the drilling, I ended up cutting 2" or so off the drill bit's shank. That gave me enough room to get it. The bit supplied was just slightly smaller than the aluminum plug so I didn't end up touching any of the head. Once I got the core drilled, the outer sleeve of aluminum just spun right out on the bit.

Tapping the hole wasn't bad. I just put moly-grease on the tap to lube it and catch metal shavings. Since the normal tap handle wouldn't work up against the head, I ended up turning it using an off-set 12pt 7mm wrench with one hand while applying some inward pressure with the other. Probably not the most preferred method for fine machining, but it worked. I went slow and attempted to cut some and then back out to clean the tap and cut more, but I was having trouble getting back in and didn't want to just gouge it out. I just went slow and cut it all in one go. After cutting, I backed it out and cleaned out the hole with some q-tips then slowly pulled the grease and paper towel covered wire brush out of the head bolt hole. Some more cleaning out of that hole with q-tips and then a brake cleaner soaked q-tip in the tapped hole and that part was done. I put 2 set screws in so they could lock each other in. If I did it again, I would probably measure the hole and stop the tap short of threading the entire length. That way the first screw would bottom out. These few tools plus matching set screws and some leftover grease was all it took. 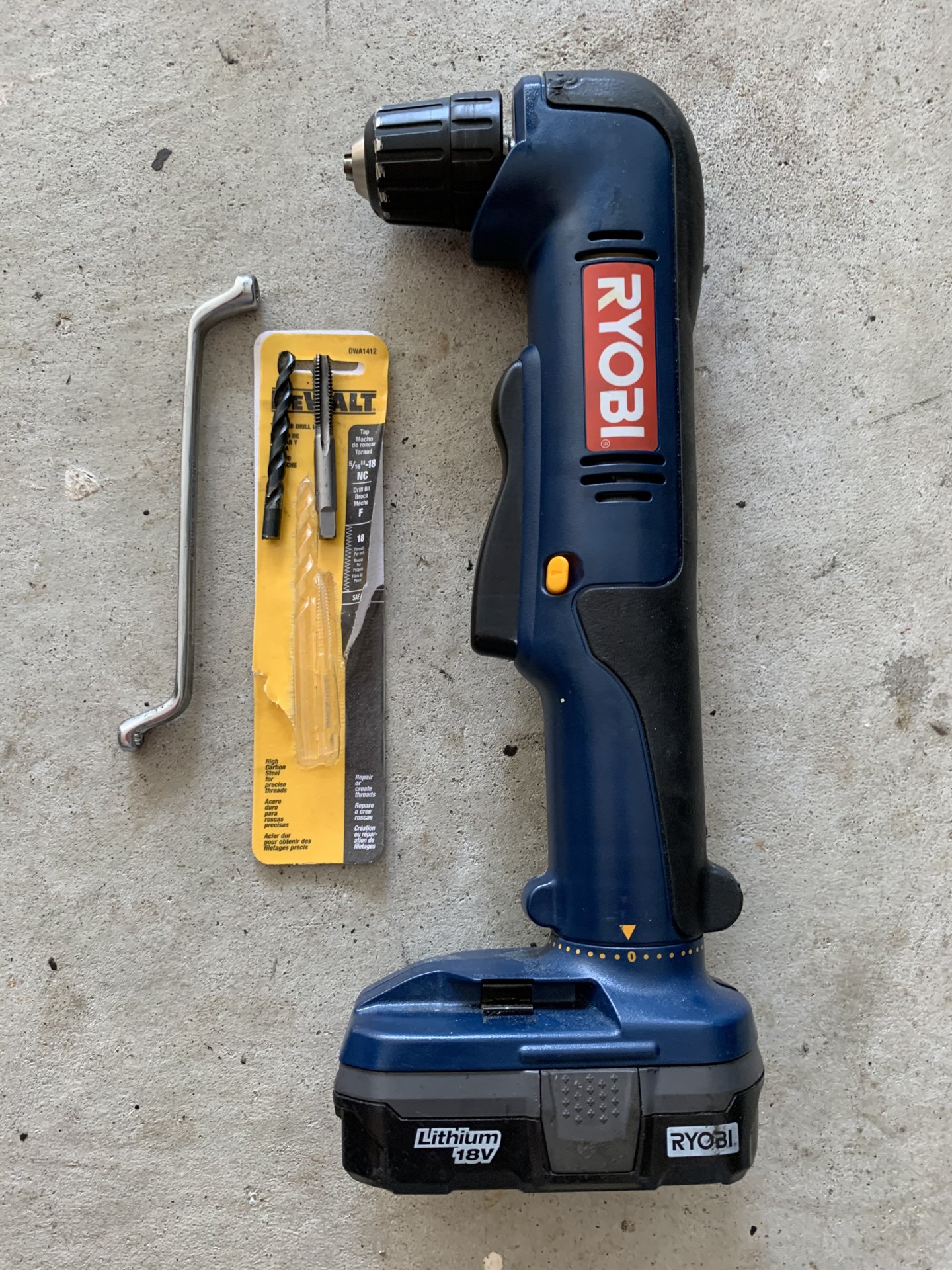 Today I got my hands on a timing light and an auto meter with digital tachometer display. Used them to do some final tuning after the valve adjustment. The timing was a couple degrees off so I fixed that and then made adjustments on the carb to reset the idle speed. She is just gently purring now! 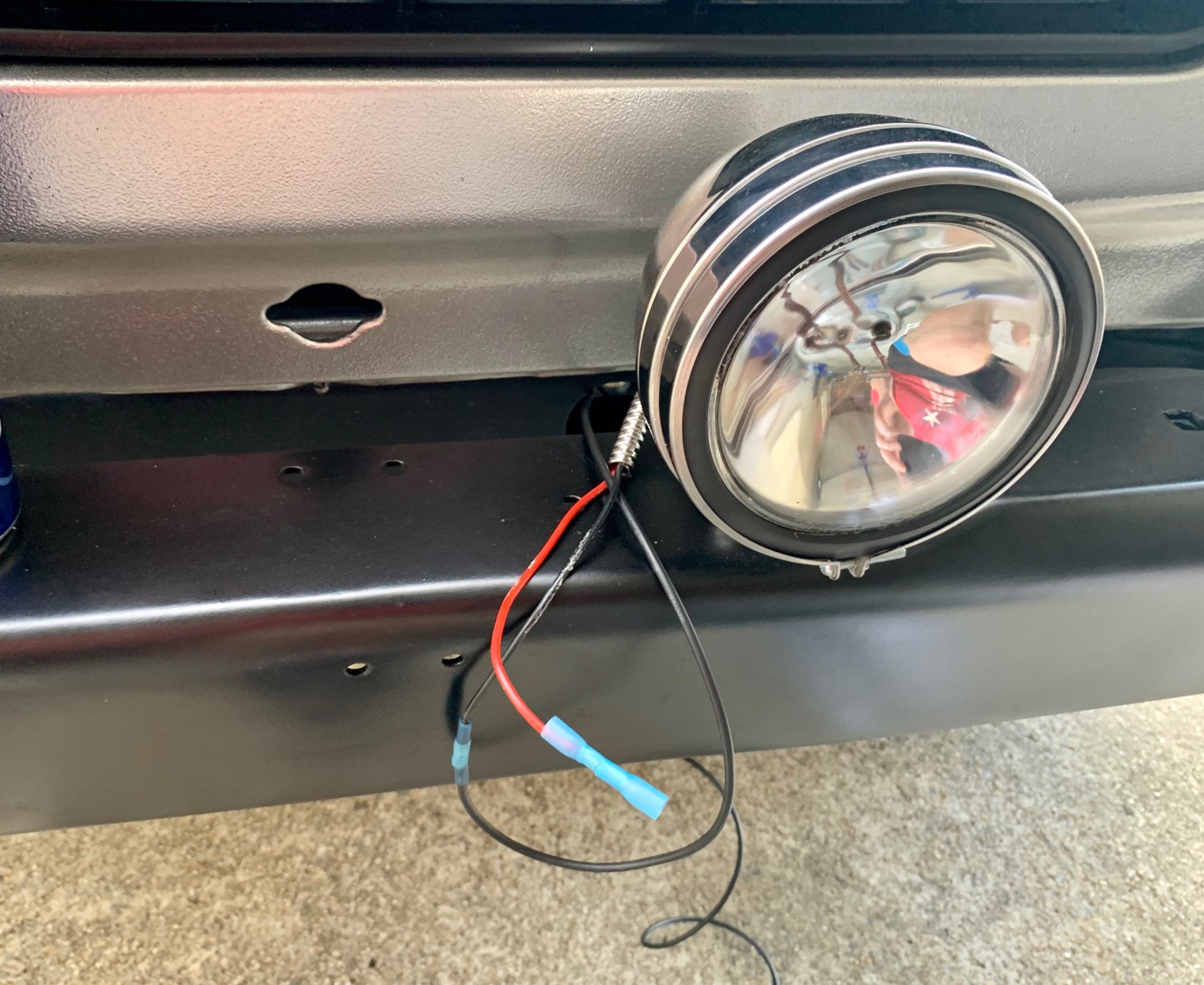 Unfortunately I ran out of the connectors I needed. Back at it tomorrow I guess.
Last edited: Mar 27, 2020

So another happy byproduct of adjusting the timing is that she seems to run a few degrees cooler. Anyway, back to the lights. Picked up the connector a I needed and finished it up last night..almost.

made the connections to the leads on the lights and then put it all in split-loom to make fishing it easier. 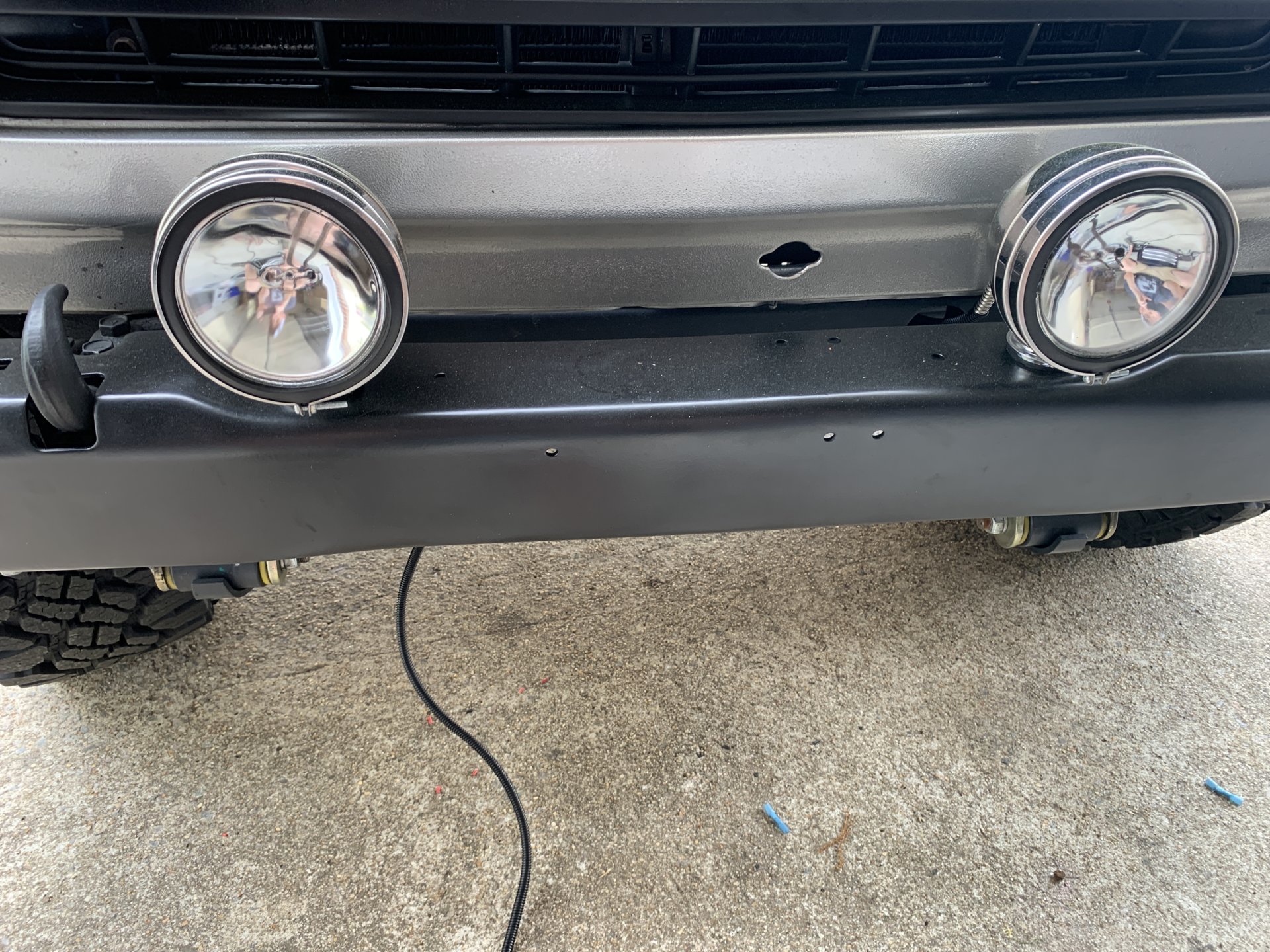 I wanted to install a small auxiliary fuse box under the hood for the lights and give some room to grow for future accessories. I couldn’t find a good flat spot, so I fabricated a simple bracket. 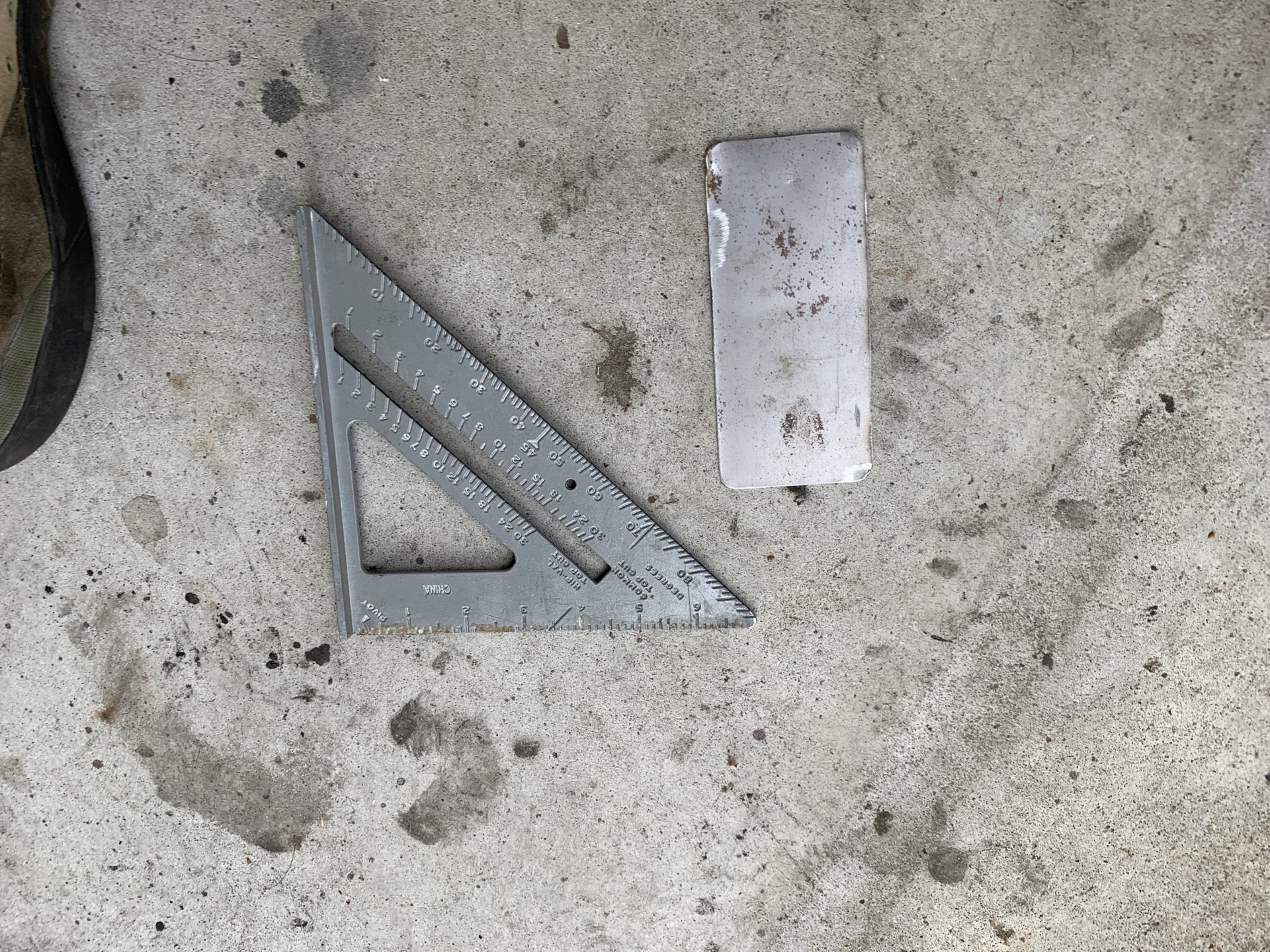 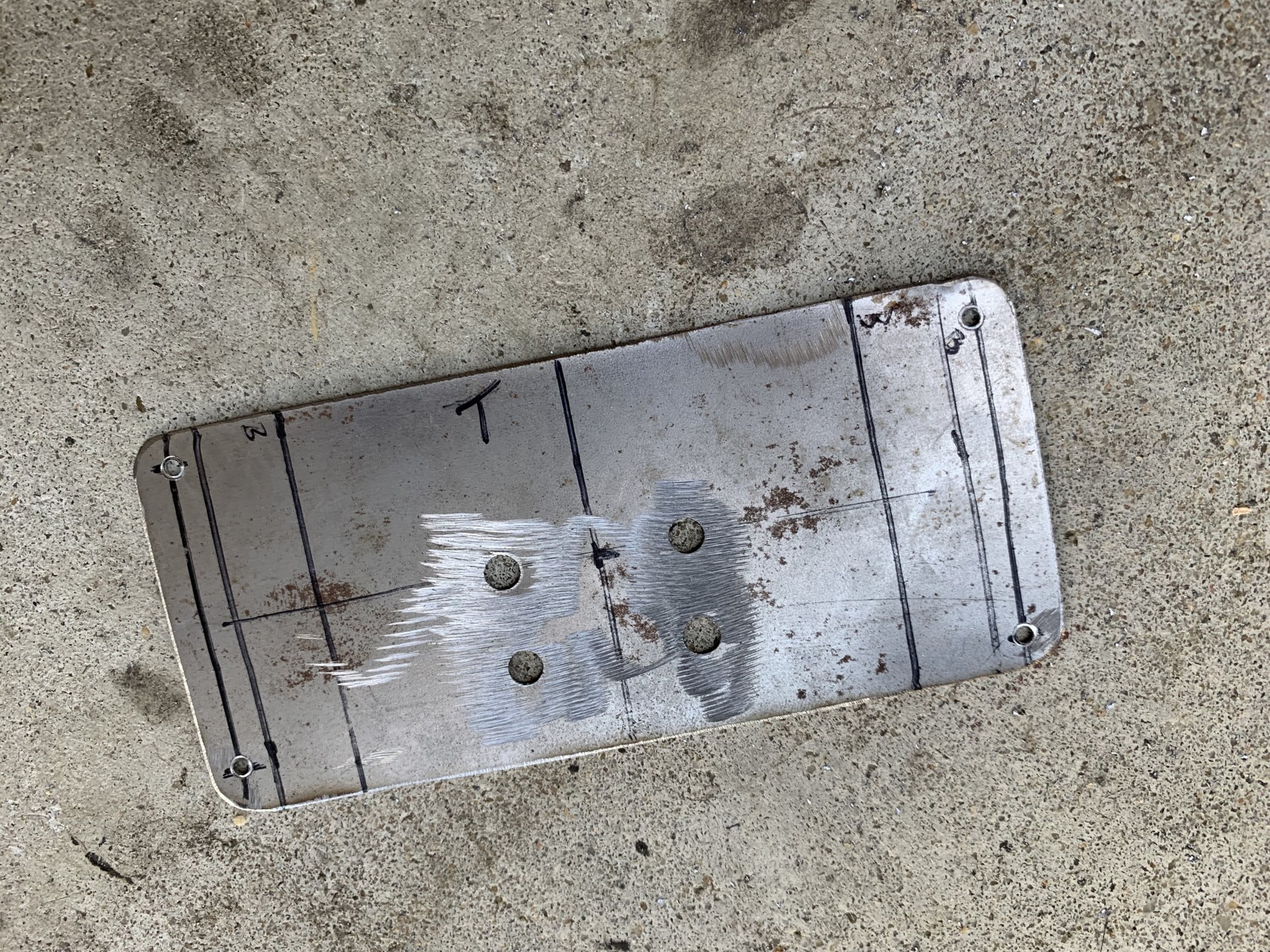 Installed the finished bracket on the PS engine compartment wall. 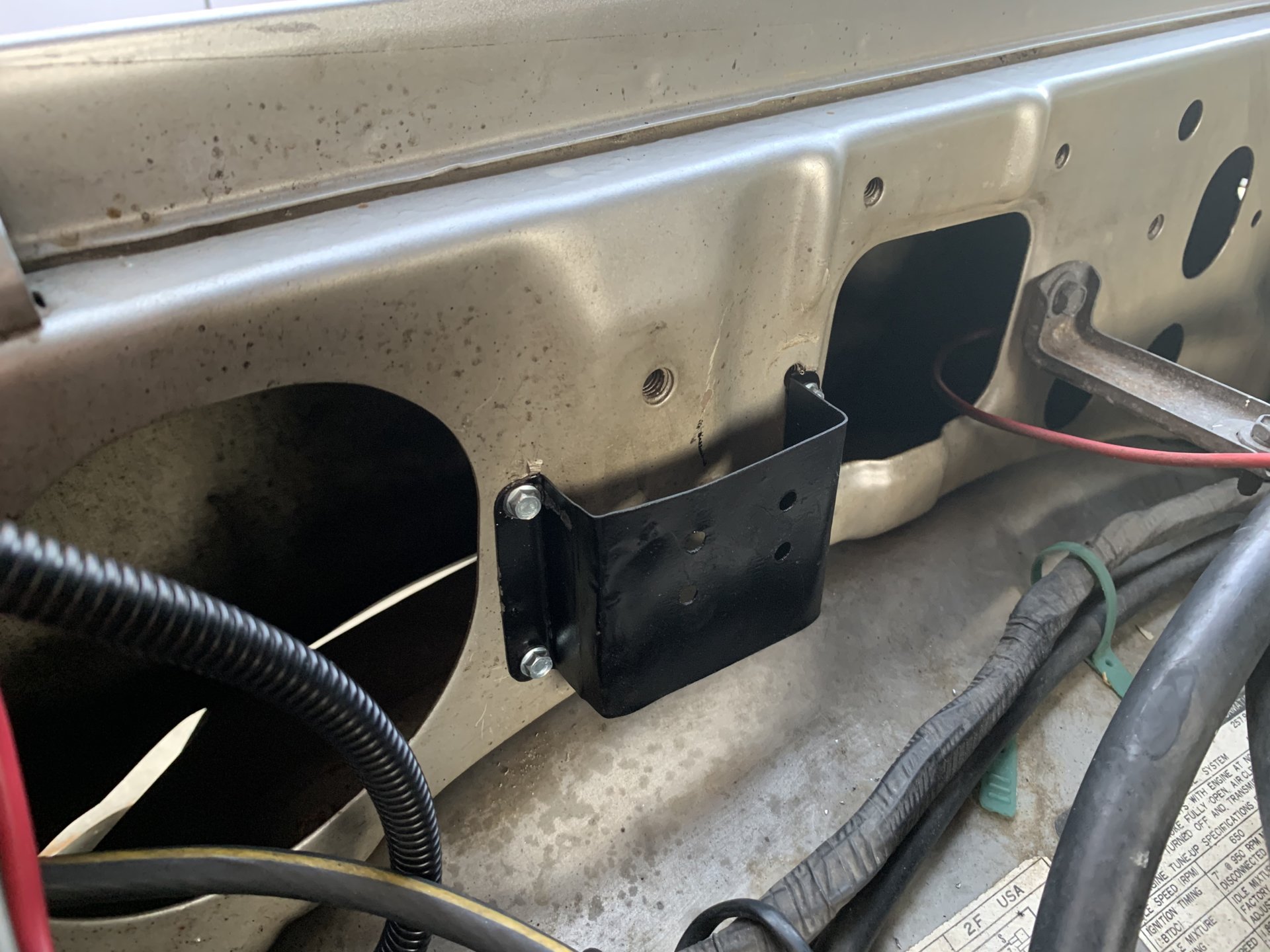 A little later with the fuse box mounted. I tested it by cleaning up the stereo wiring that was connected directly to the battery. Works well. 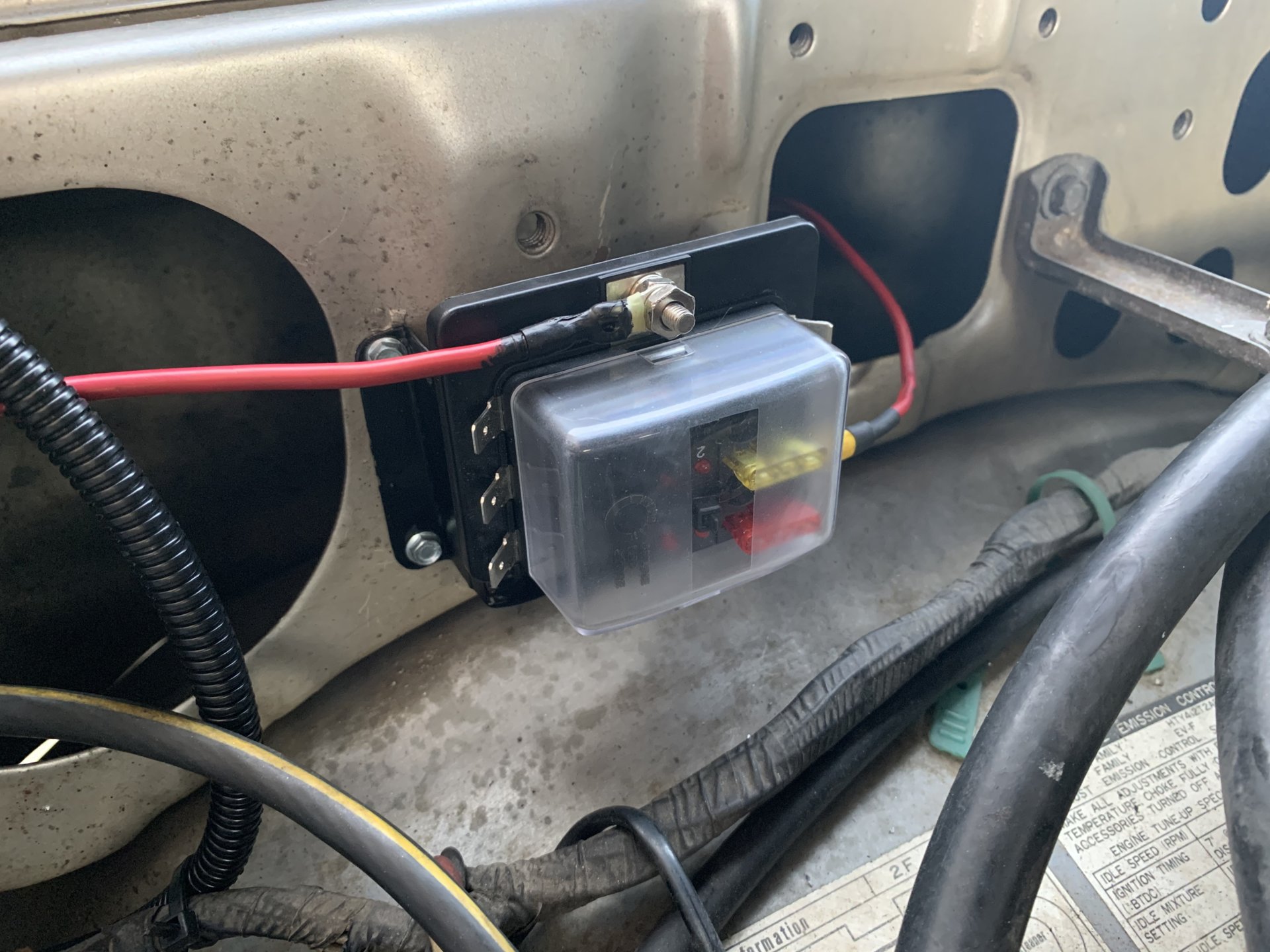 I think that's roughly where I put mine.....but I like your bracket better as it allows access. Nice job man: 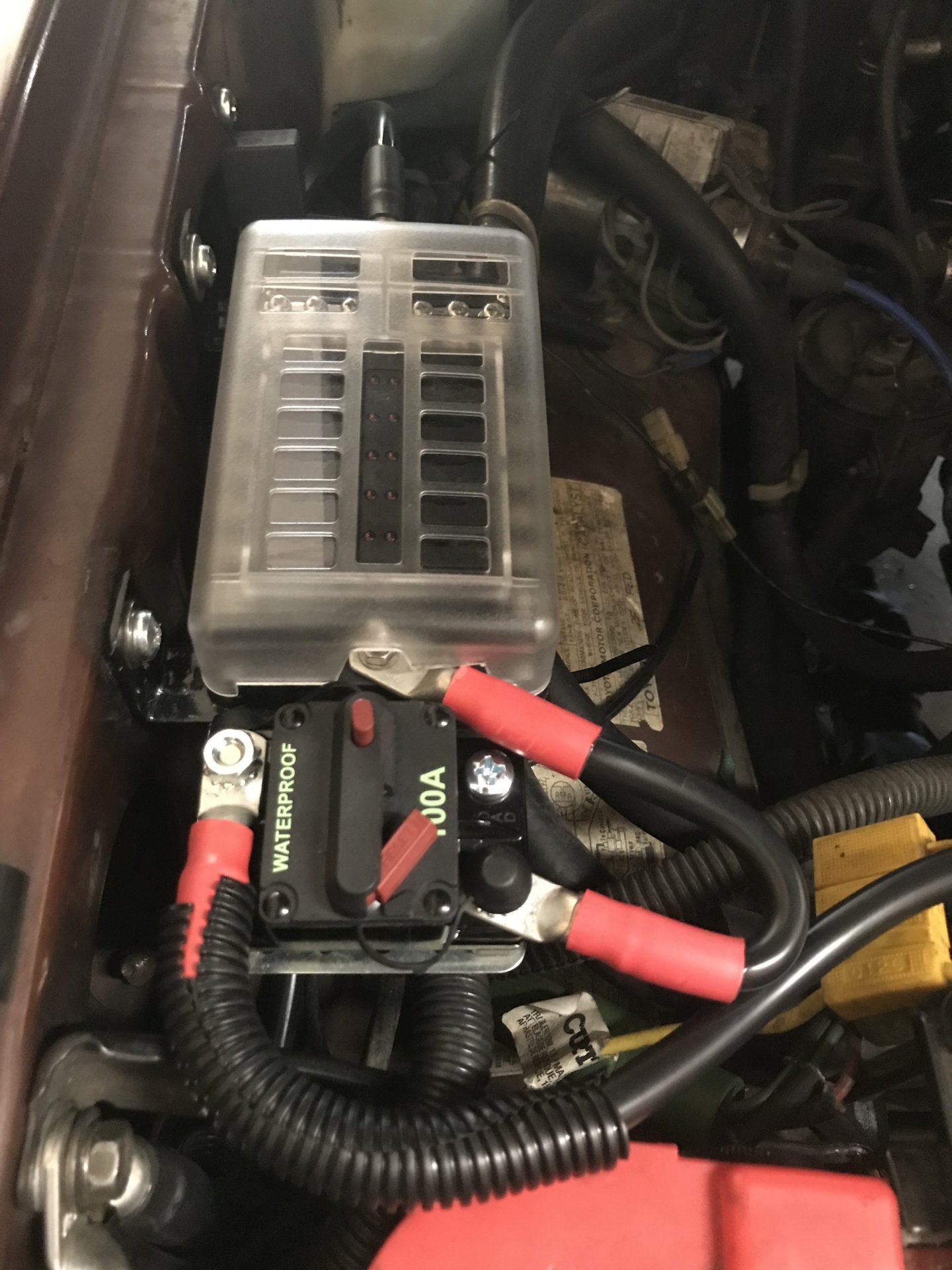 I got all the wire fished and run neatly along the path the washer lines follow. Conveniently, there was an open hole at the firewall grommet for the choke cable. Ran the wire through to the blank on the left of the steering wheel. I repurposed a rear defrost switch to keep the OE look.

Here’s my wiring sketch I was using to keep track. Not 100% accurate on the symbols, but it’s been a while since my 8th grade shop class! 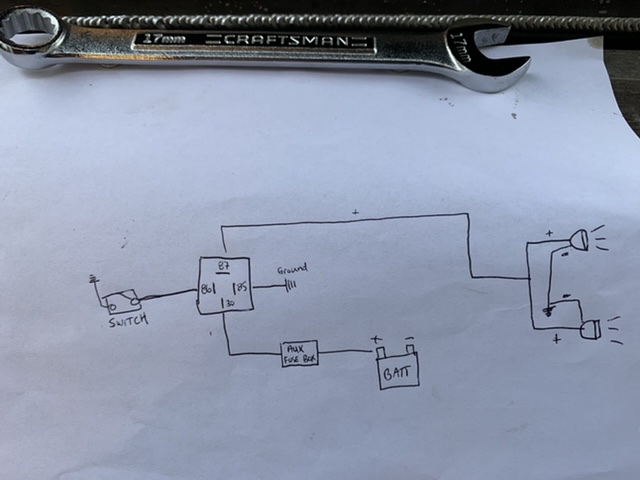 Final setup under the hood 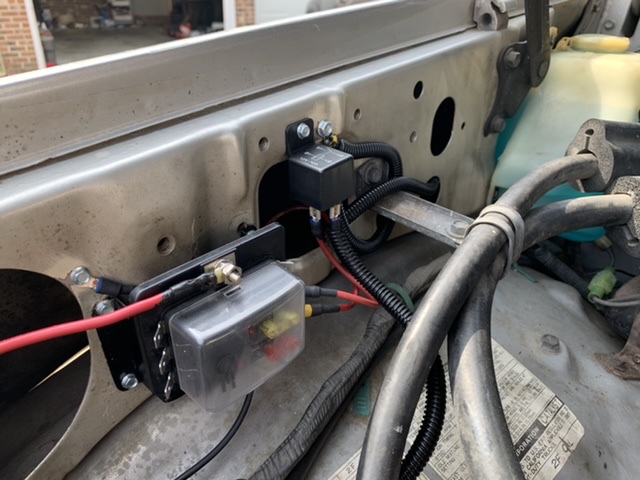 Routing the wire along the firewall 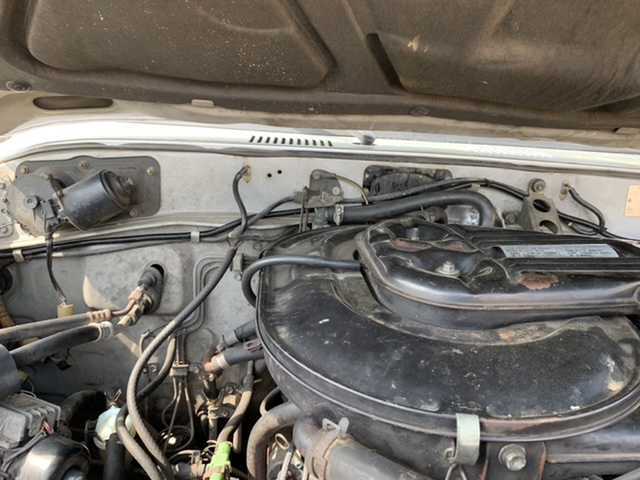 Switch installed in the dash 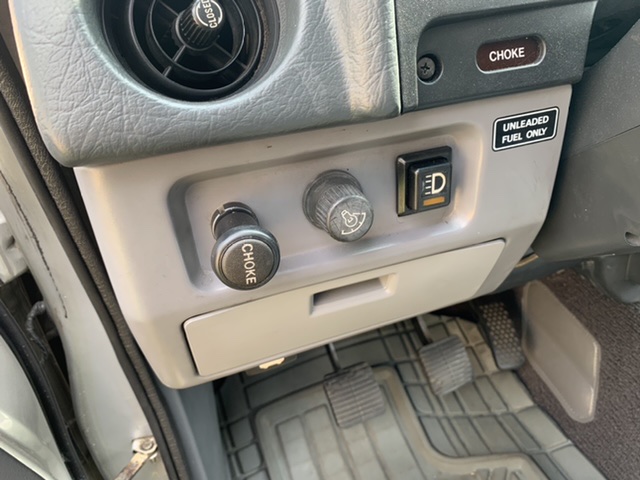 Decent amount of work finished and it looks pretty good. Unfortunately, at the moment of truth....no lights. I started diagnosing with a test light and everything up to the relay seems fine. Double checked the relay connection order and it’s good. I’m thinking it is a faulty switch. I’m going to check the switch’s ground first. If that doesn’t work, I’ll take the switch apart and check the contacts. If that doesn’t do anything, I guess I’ll just use one of the normal switches I have laying around.
You must log in or register to reply here.