Looking to buy either one of these from a non-enthusiast. Was hoping you had some insight as to any major problem areas I should look for when shopping. This would be my first time owning one of these. Looking for low miles when possible, but it seems like they are hard to find. I'm not new to old toyotas and am proficient in wrenching on my own vehicles.
C

Depending on your needs, location, etc, I would suggest getting one that is rust free, with lockers. Also, it is usually more cost effective to get one that has been properly modded vs starting from scratch. Typically, LXs cost less than the LCs. "Major" problems are going to numerous for this age of vehicle, but I would look for one with the HG changed, recent birf/ knuckle seal/ grease refresh, and good interior. Good luck!

canman said:
Depending on your needs, location, etc, I would suggest getting one that is rust free, with lockers. Also, it is usually more cost effective to get one that has been properly modded vs starting from scratch. Typically, LXs cost less than the LCs. "Major" problems are going to numerous for this age of vehicle, but I would look for one with the HG changed, recent birf/ knuckle seal/ grease refresh, and good interior. Good luck!
Click to expand...


In my search in Northern CA I found that the LX450's were actually priced about the same or a little higher as they book, for example on Edmunds, a little higher given that they cost about 6-7K more new. Also, I found that the LX's were often less abused and better maintain, at least in my search in Norther CA. I was looking Toyota but finally found a pampered LX, with 123,000, dealer maintained, and had only been on Safari to Starbucks (paint on the frame was still black with no leaks, rust or grime) and so I snagged it.
Mine does't have lockers as only 7% of LX's had them OEM but the lack of them did not make me blink as the overall condition out weighed this. But, that's me, I live 20 minutes from the Rubicon and have no intention of taking this clean rig on it for another 100k miles or so. (Have done the Rubicon on a moto though) As a Sierra snow country daily driver and exploration/camping rig I haven't missed the lockers yet. IMHO, you can always add air lockers but you cannot role back the clock on mileage or maintenece of these aging vehicles.
In Norther CA and Oregon (no salt used in winter) I see clean, rust free, sub 150K stock rigs often particularly in the Sacramento area. (Personally, I look for good original paint and panels as a spray job can temporarily mask rust and accident issues). So be patient and get the lowest mileage best maintained 80 you can find. You can always have it inspected and shipped to you.
BTW I have sold a cherry First Gen 4-Runner and a even cherrier '88 BMW 325IS to buyers who had them locally inspected and flew out to pick them up from 2k miles across the US. So if a travel adventure out west fits in to your plans you can find cream puffs still. Also, look at San Diego for nice ones too. Auto Trader is a great source.
Lastly, look for serious oil leaks. If you look under the front end and there's oil all over the ends of axle and brakes you probably need Birfields bad. Oil on the back of the engine and front of trans could mean a rear main seal. Both are expensive jobs. Small oil leaks are common and not a deal breaker. Head gasket issue is highly debated here and your mileage may vary.

Rust free is at the top of my list. I will be purchasing from as far south as san diego up to seattle. My needs are for it to be reliable for the street, not off road. I've seen a few with lockers but most don't have them. Modding won't be a priority. Why do the lx's cost less? HG really? Doesn't that mean it more than likely has overheated? what is birf? Cove thanks for the link.

Your comment 'Looking to buy either one of these from a non-enthusiast.' why? Enthusiast tend to be more proficient at looking after their vehicles, they also tend to use and get involved with forums such as MUD, and so become more proficient at fault finding and repairs. Head gaskets can fail on most vehicles given enough years, the 80 is no different. Birfs or in Europe 'CV joints', this is the connection between the front inner axles and the driven hubs, very common on most front wheel drive cars just bigger and more expensive to repair. Have a root around the forum and search 'Birfields' and or knuckle overhaul. Normally the joints can be cleaned and refitted, the seal kits and bearings are relatively cheap. the job is more labour intensive than difficult.

hmmm, maybe i need to moved to Canada ,cause in so cal the lx is way more expensive.Must be one of those regional things.Not sure for the rest of the country.Hell in Canada can you can get diesel and and manual trans.if wasn't for all that snow and cold.
B

Ha, I wish someone would have told me that LX's are cheaper than LC's before i dropped all that coin on my low mileage Lexus!

I was strictly looking for an 'lx' initially. I thought it would be funny to drive a 'Lexus' all over the NorCal trails. The novelty quickly wore off when I found out all that plastic cladding is mounted by some 150 holes in the body. A clean 40th edition LC had all the Lexus did minus most of those dumb holes.

What @Booger weldz said. If you're going to mod, and inevitably lose plastic body trim, the lx's are way more work to cover the holes. Find the most well maintained/lowest mileage 80 you can, locxkers be damned. ARBs, 35-37s and 4.88s will soon be in your future.

Thanks for the tips so far guys. What is a sure fire way to know if the birfs are shot? Clicking like a Cv axle?

How do they mount though? Do they leave gaping holes? Then do the front mud guards just bolt back on?

4G63 POWER said:
How do they mount though? Do they leave gaping holes? Then do the front mud guards just bolt back on?
Click to expand...


They just bolt off its really easy

Search for running board removal. I haven't done it myself because I have small children who need them, but it is a common thing to remove them.

But what is left behind? Do they bolt up to existing factory holes? Or were holes drilled in order to mount them?

How does this leak look? It from under the vehicle i believe. 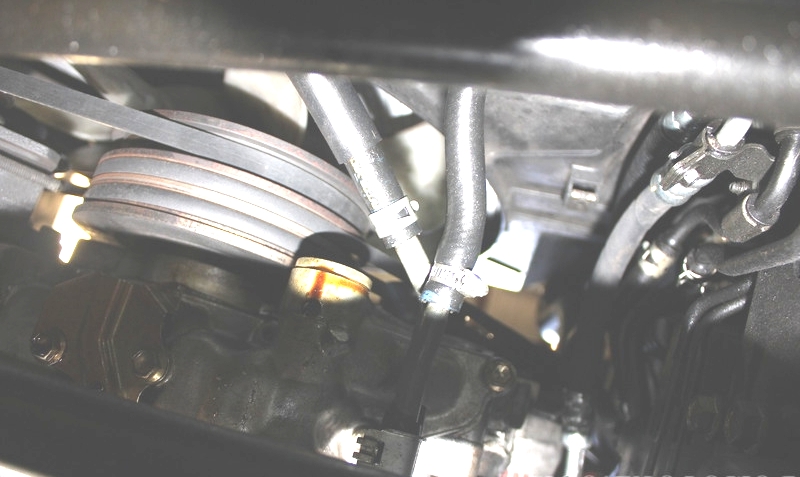 Another photo from the same vehicle. How bad is this birf? How much would a stealership charge to repair? I need to know there inflated price to help with my negotiations of the vehicle price. 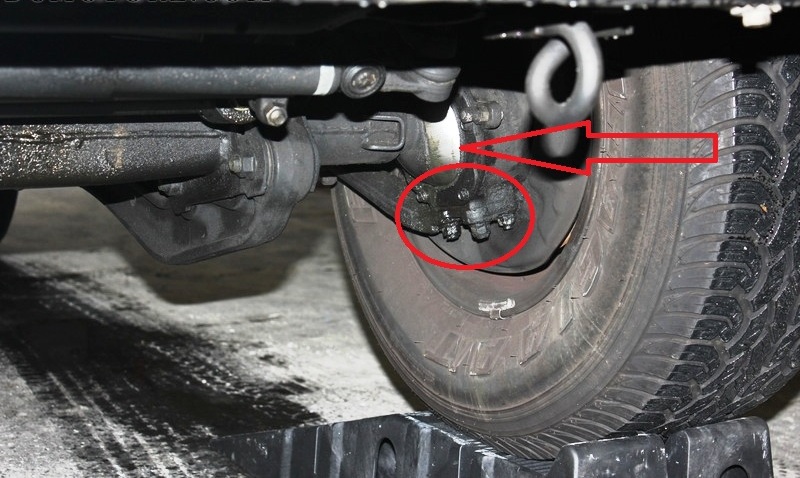 Looks bad, but manageable. Not sure what the stealership would charge, and I wouldn't trust them to do it.
You must log in or register to reply here.