FJ73Texas said:
Your cruiser is wide nose. Completely different situation than narrow nose when it comes to BS and bolt pattern.
Click to expand...

Yes, it is a 5 bolt pattern

Aaaand the decision is made. I've got a set of OEM 16x6 rims (thanks @svsisu for the part number) and a set of Cooper Discoverer S/T Maxx tires (thanks @coldtaco for the recommendation) on order.
1984 HJ60 (Central American) 1990 HZJ75 Troopy (Aus)

Not much happened with the troopy in 2020. I started the year off in Australia playing around with a rented 2020 Troopy with a pop top. Getting ideas of what I did and didn't like about camper builds, checking out the kangaroos, visiting some folks, and having a great time. When a rain storm flooded the creeks and rivers near Byron National Park, I learned how deep of a water crossing you can make in a late model 70 series. It was pretty impressive to see a bow wake off the front of the hood. I also spent 3 days camped unexpectedly at the last crossing, which was completely impassable until the river went down.

Australia, where you can actually rent a proper 4x4 camper

And then the pandemic hit. The airlines threatened to strand us. Regretfully, we cut the trip short and went home.

This was one of the busiest times in my working life. There was almost no time for the troopy. The west coast was on fire all summer. I didn't do much traveling in the states and I didn't get much work done on the troopy project. I think I managed to install the underhood light kit I got from Odd Iron Offroad (thanks @Gun Runner 5), but that was about it.
1984 HJ60 (Central American) 1990 HZJ75 Troopy (Aus)

After skipping our annual Baja trip last year, we decided to head back down for a couple weeks. We planned to just run down to Loreto and back. To get ready, I decided to dig into the electrical/charging system and shore a few things up. Here's what I was dealing with: 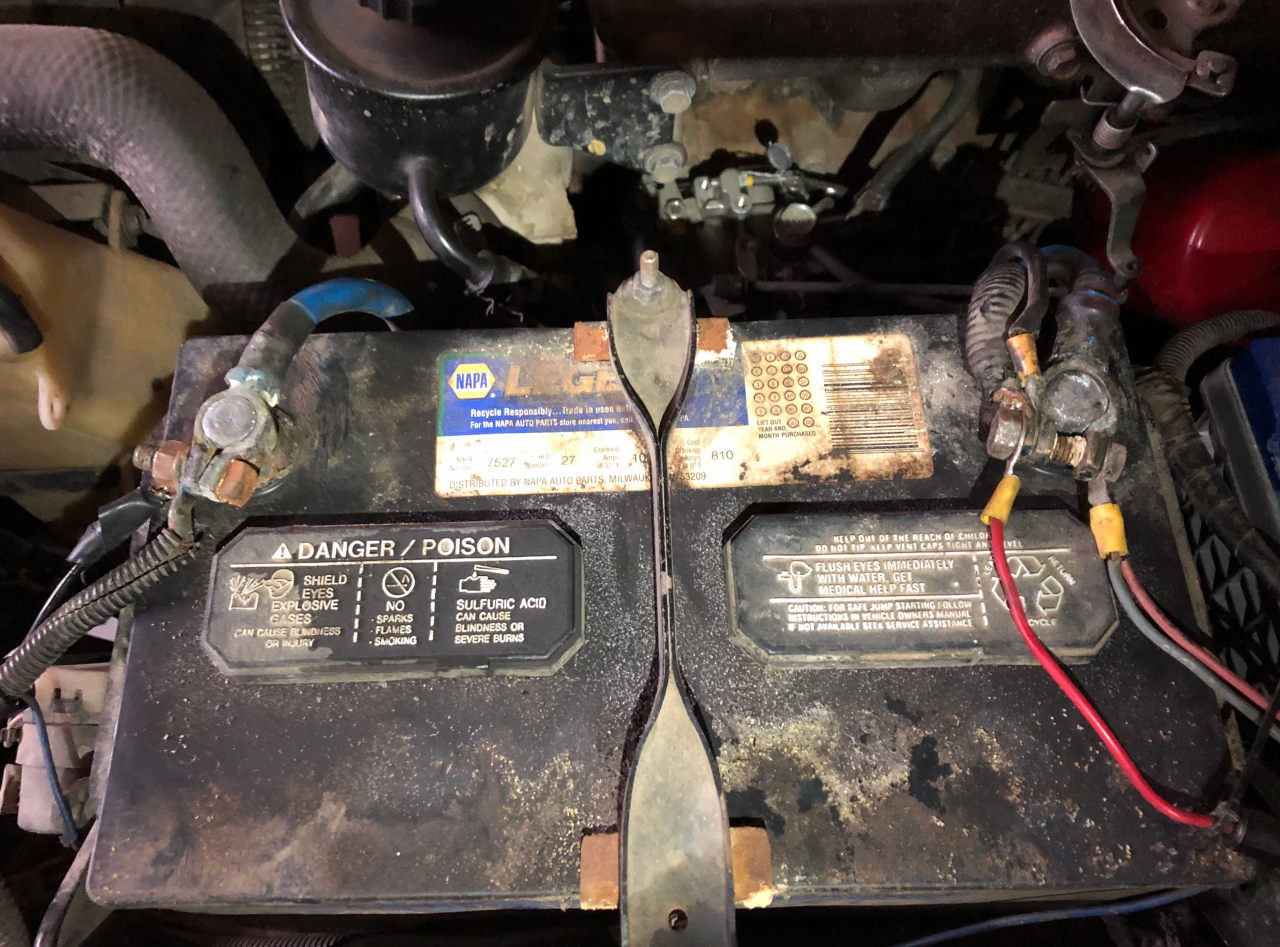 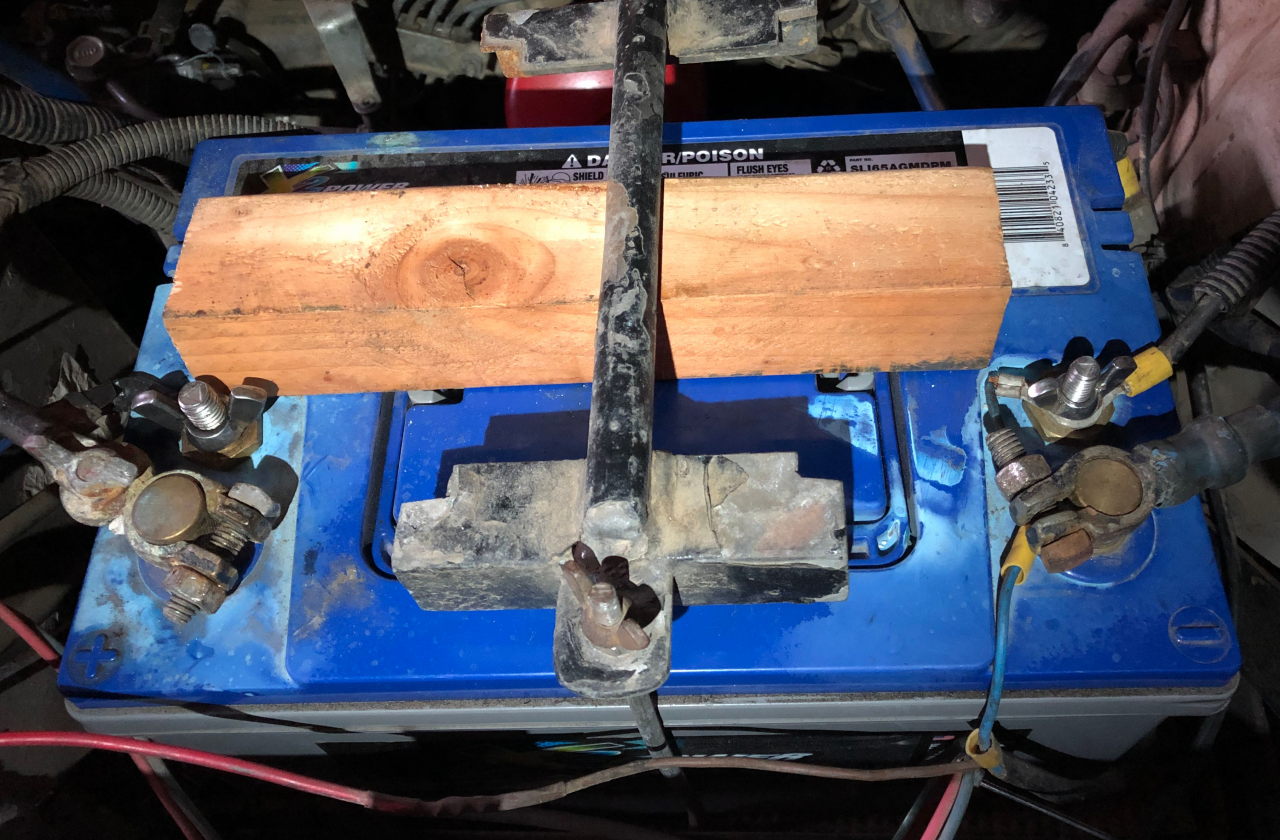 Messy terminals on a less old Group 65 battery. This one originally came out of my 60. Check out the awesome home-made battery tray. 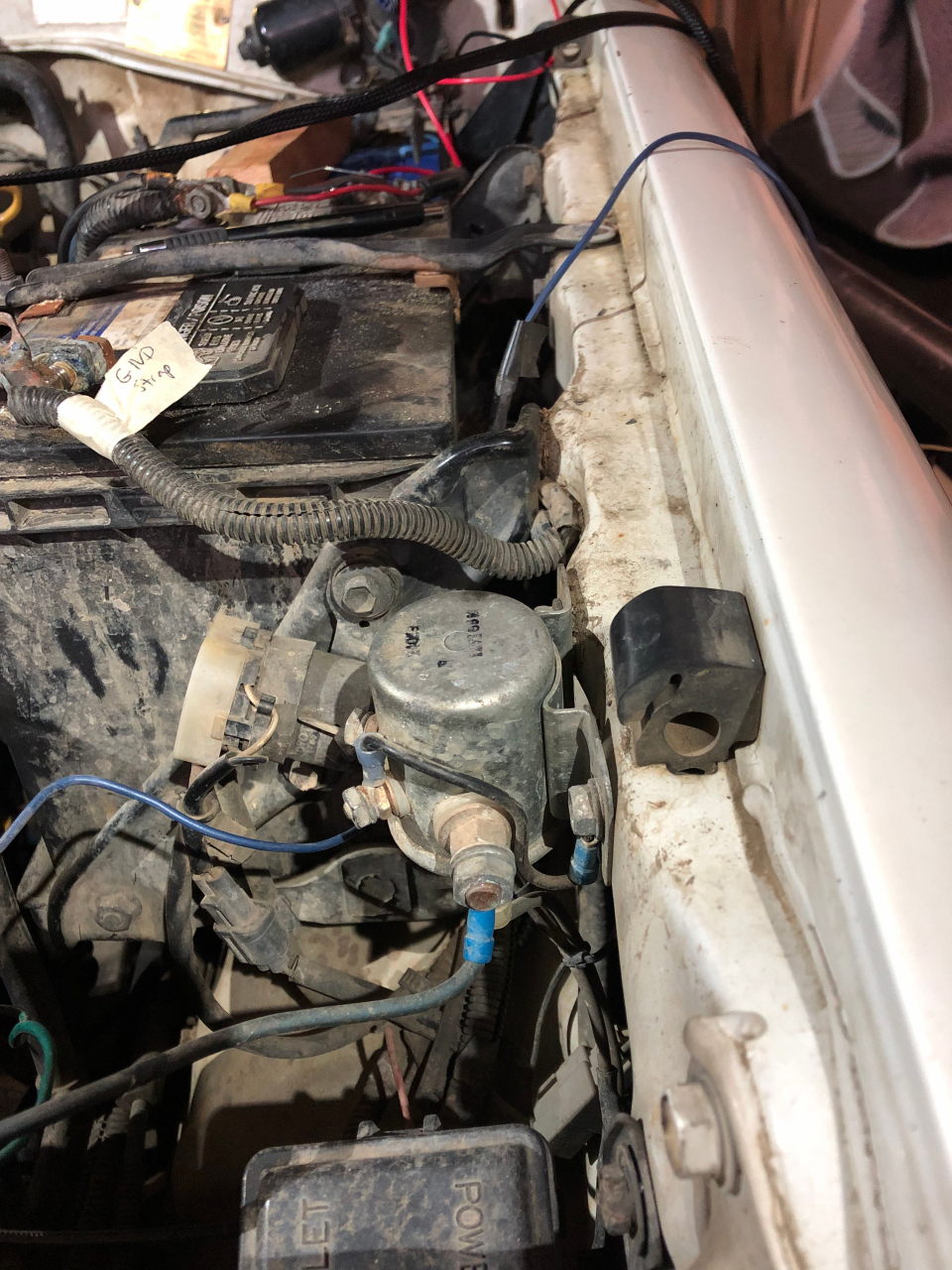 The solenoid used to link and isolate the batteries.

The previous owner had a solenoid with some very undersized cable to isolate the battery. The solenoid was triggered by a +12v signal tapped from the windshield wiper motor. None of this gave me much confidence, so I decided to quickly tackle a few things before hitting the road.
And then we set off. This turned out to be the best Baja trip I'd taken since my very first visit to the Peninsula in 2012. We ended up driving all the way down to Los Cabos and back - spending more time and covering way more ground than originally planned. We drove along so many long desolate stretches of coastline on both the Gulf of California and the Pacific. We crossed over the Sierras. We barely touched Highway 1, instead spending most of our time on the dirt. It was awesome.

I like to joke that it's not a real Baja trip unless something breaks down. Usually I have to tackle one repair per trip. This time was a little more than I expected.
Despite the mechanical "fun", we still had an epic adventure. But I now had an even bigger list of stuff I needed to fix. 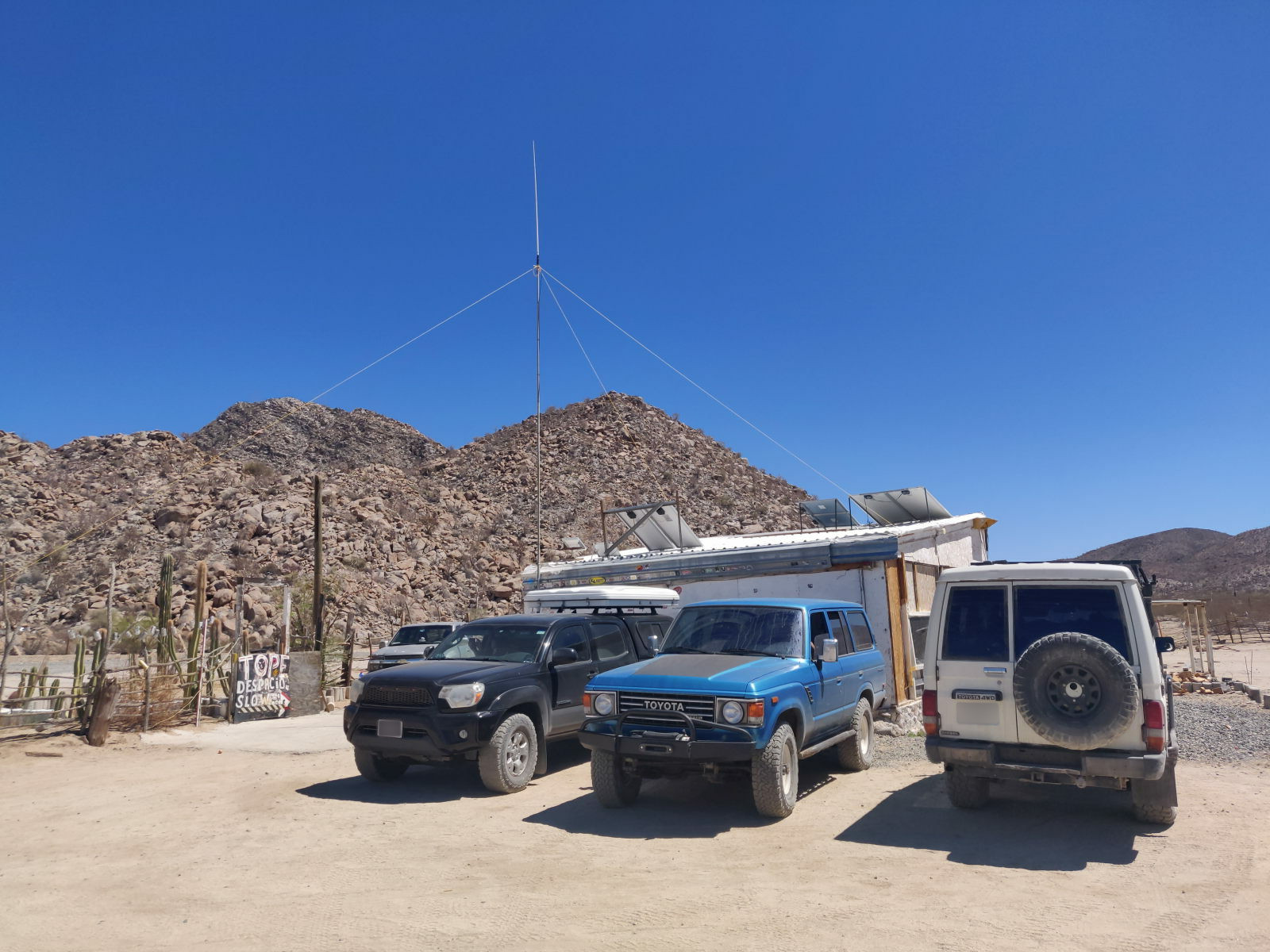 Coco's Corner - just before he moved to his new location on the now-paved Highway 5. 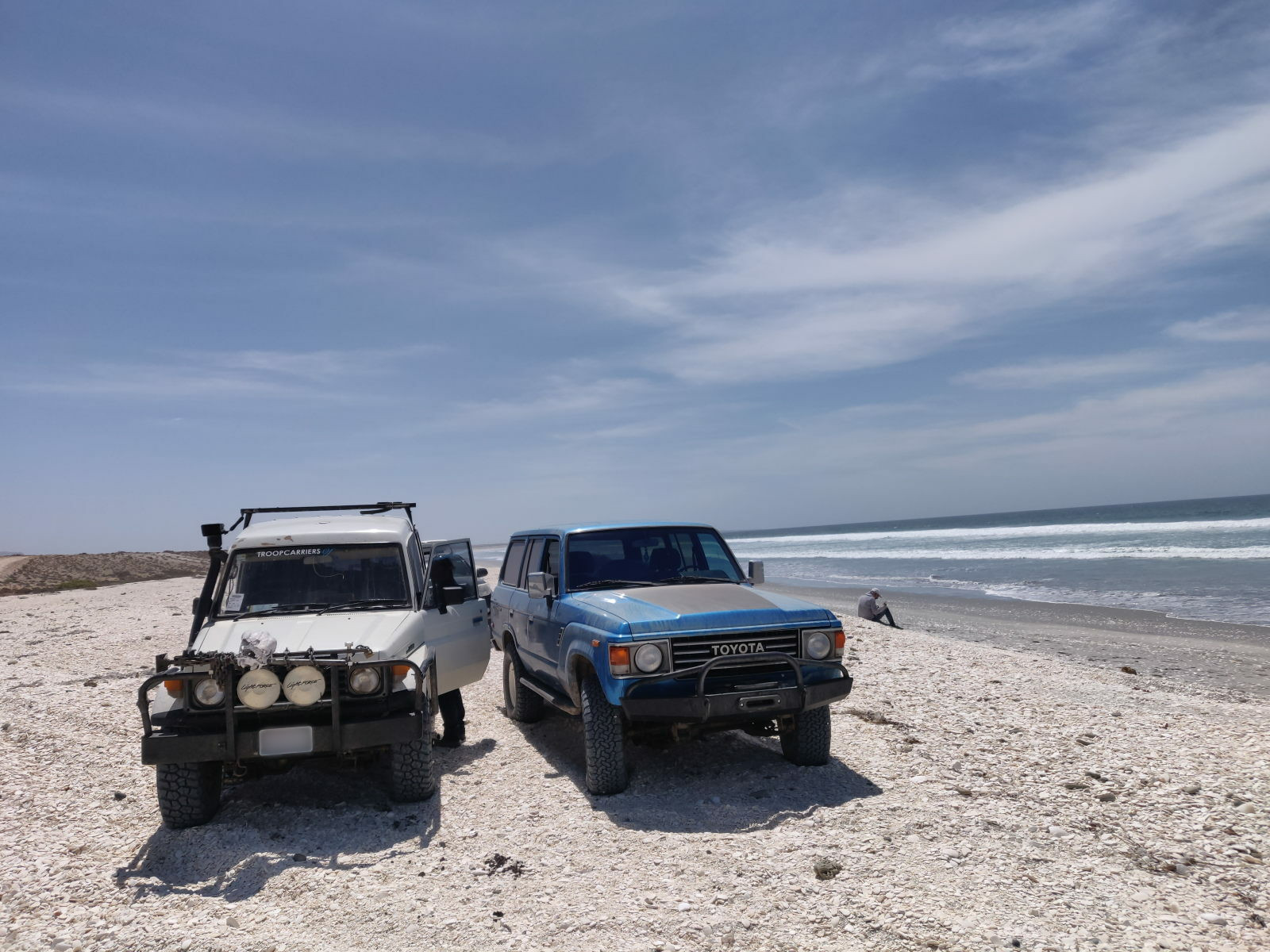 Two Land Cruisers on the Pacific. What a great way to spend the day.

After I got home, I had to tackle a few projects. I also first learned about PartSouq and became a bit of an addict. Suddenly it became a lot easier to source OEM 70 series parts. The Troopy got:
That took care of the most urgent issues, but I decided I needed to get serious about base-lining the vehicle more thoroughly and finding all its gremlins.

I looked for a radiator or a shop that could re-core the current radiator. Toyota wouldn't sell me one locally, I called most of the vendors I know in the community, but no one had any good ideas for a steel radiator. I was a bit skeptical of having it re-cored since the previous owner had already done that once and the tanks were pretty beat up. It wasn't leaking at the time so this went on the back-burner.

I ordered an OEM fusible link (82627-60020) but found I didn't have the vehicle harness-side connector to attach it to. Does anyone have any ideas on where I could source that piece or ideas on how to replicate it? I could splice it into my harness and then use OEM fusible links. Until then I am still running my homemade links. 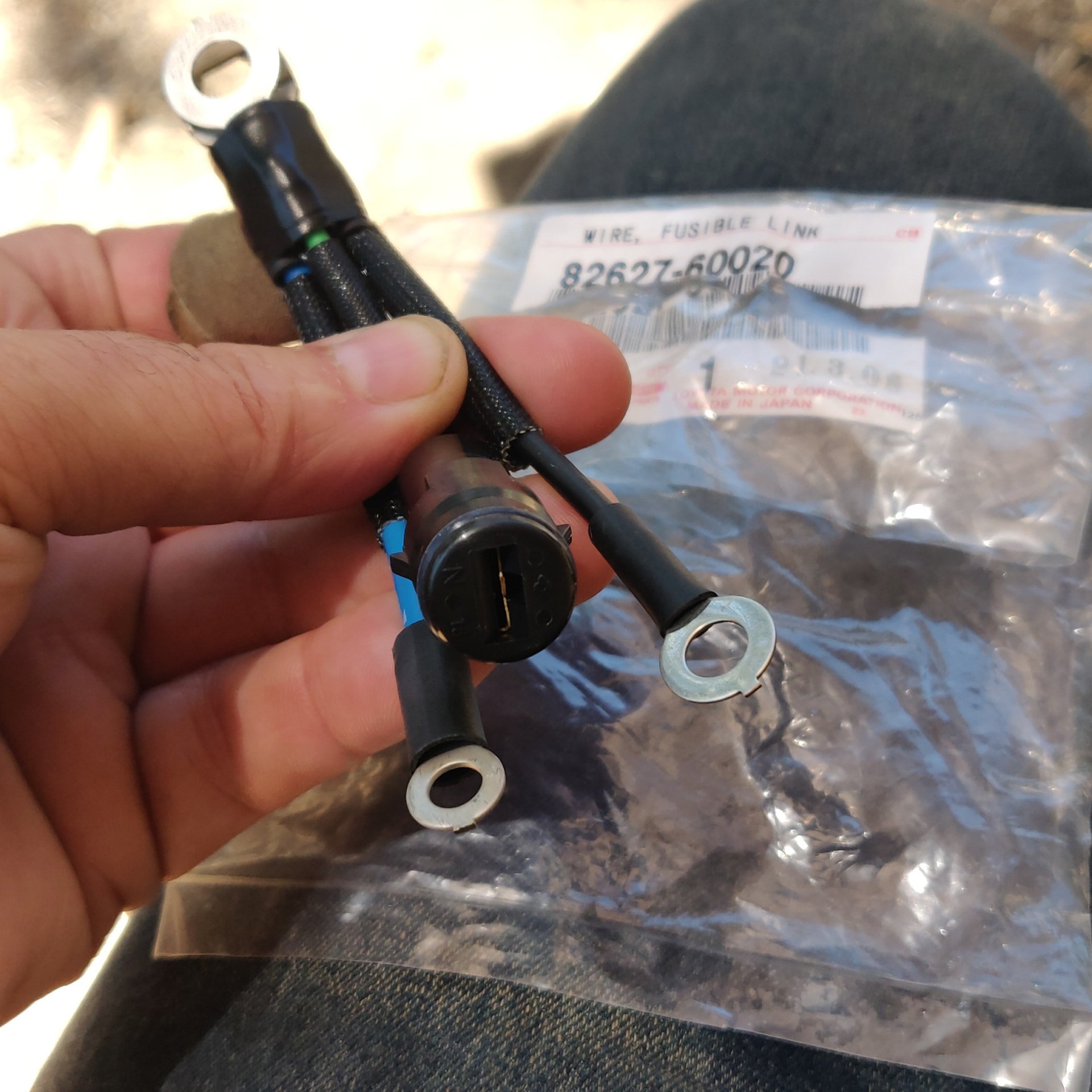 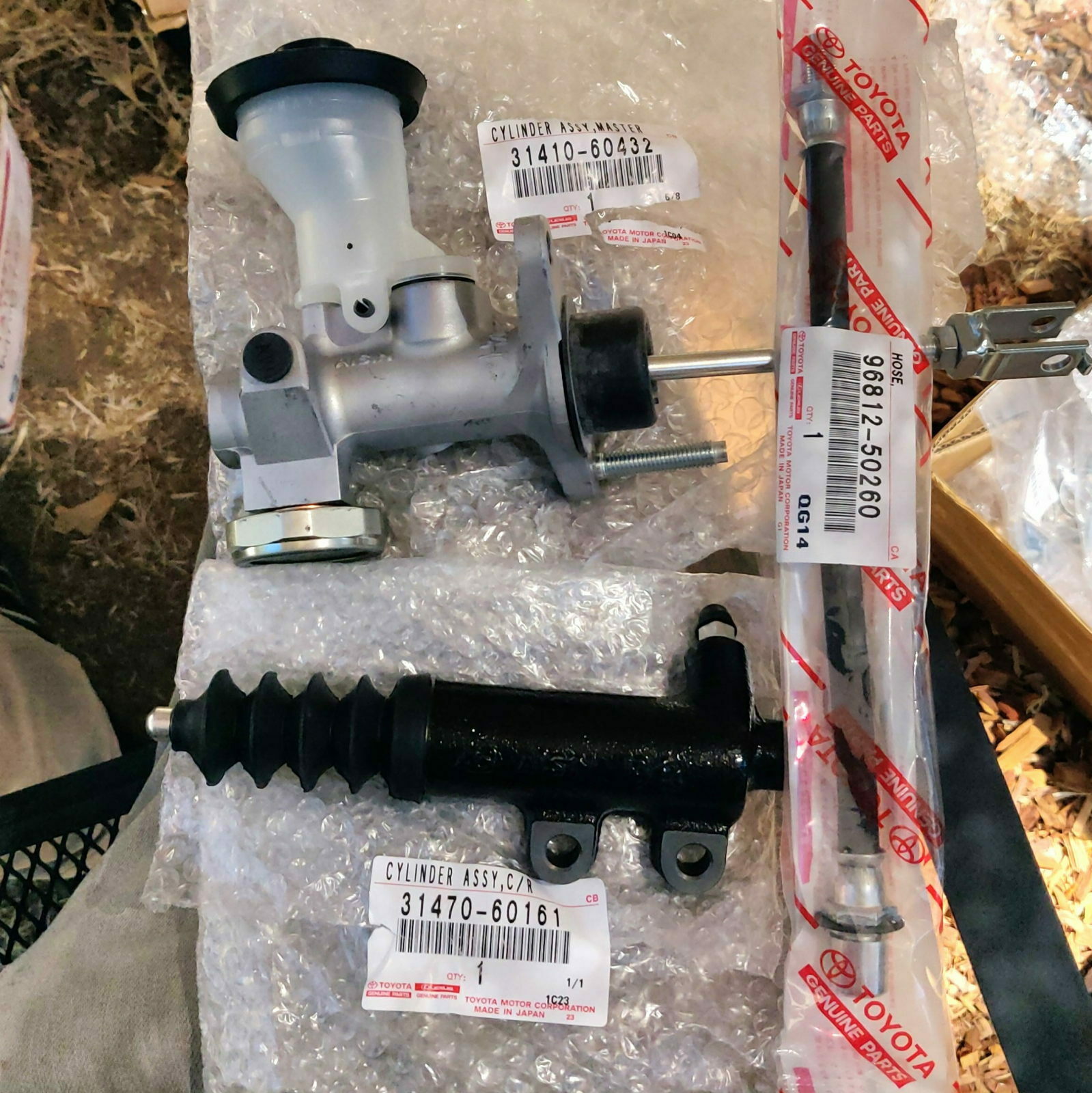 Cool build thread. I have spent a lot of time in Baja myself and am way overdue for a trip down.

Get to it! Baja is great in all seasons. I usually go in the winter and time it for the whale migration. But I've taken trips in the spring and summer as well. Some day I want to go down in November for race season.
1984 HJ60 (Central American) 1990 HZJ75 Troopy (Aus)

Or if you are very patient with a hard to understand website this guy in Japan is the best place for plugs, electrical wires : hi-1000ec.com
HZJ78 OVERLAND Build
Instagram
You must log in or register to reply here.