I noticed a strong fuel smell in the cabin. Has anyone had to replace their gas caps or charcoal canisters on their 200s?

I noticed a strong fuel smell in the cabin. Has anyone had to replace their gas caps or charcoal canisters on their 200s?
Click to expand...

One thing you will notice if ya look close at any Moab pics I post with 200's is that sand/dirt has stuck to the leaking fuel down the side of the rig, been happening to us for 5 years now, guess we just got use to it

(usually only happens on the long rougher trails) 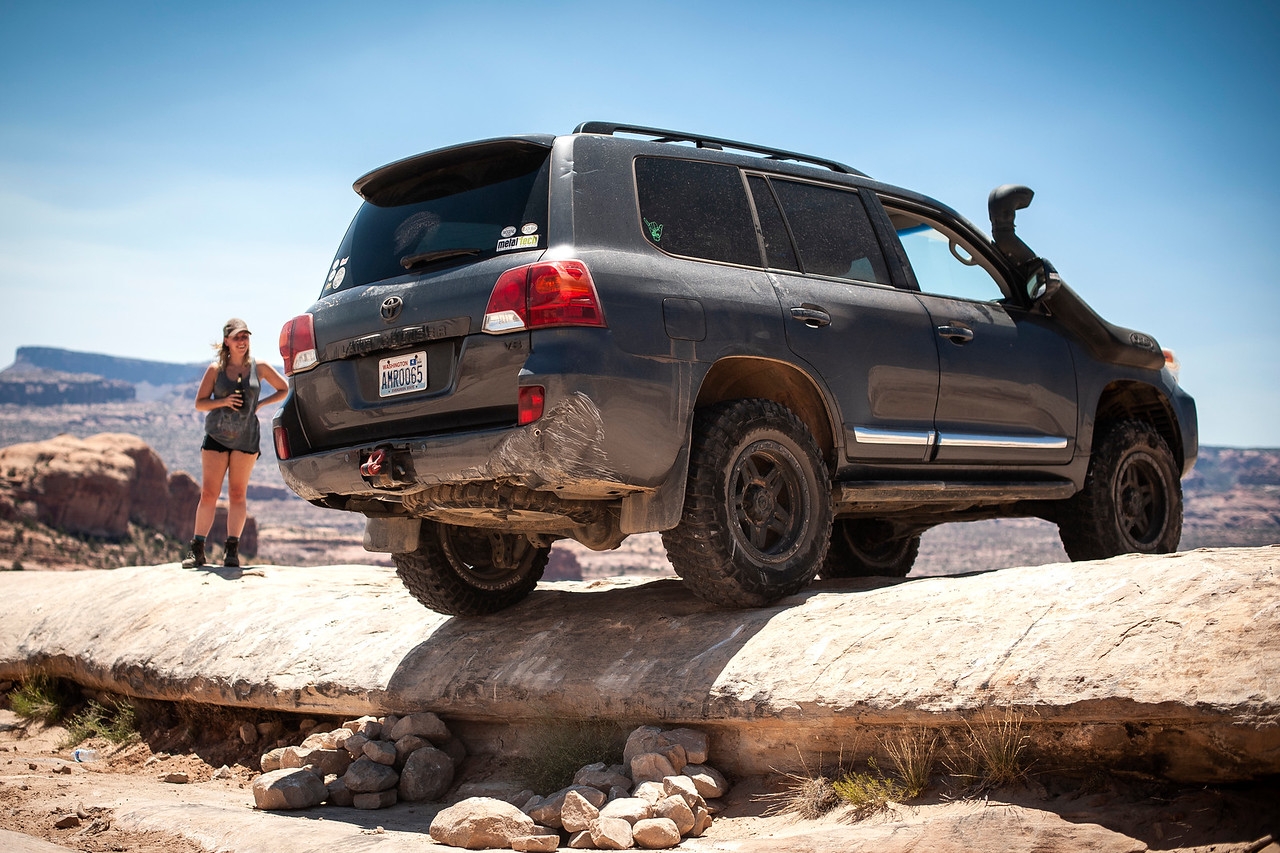 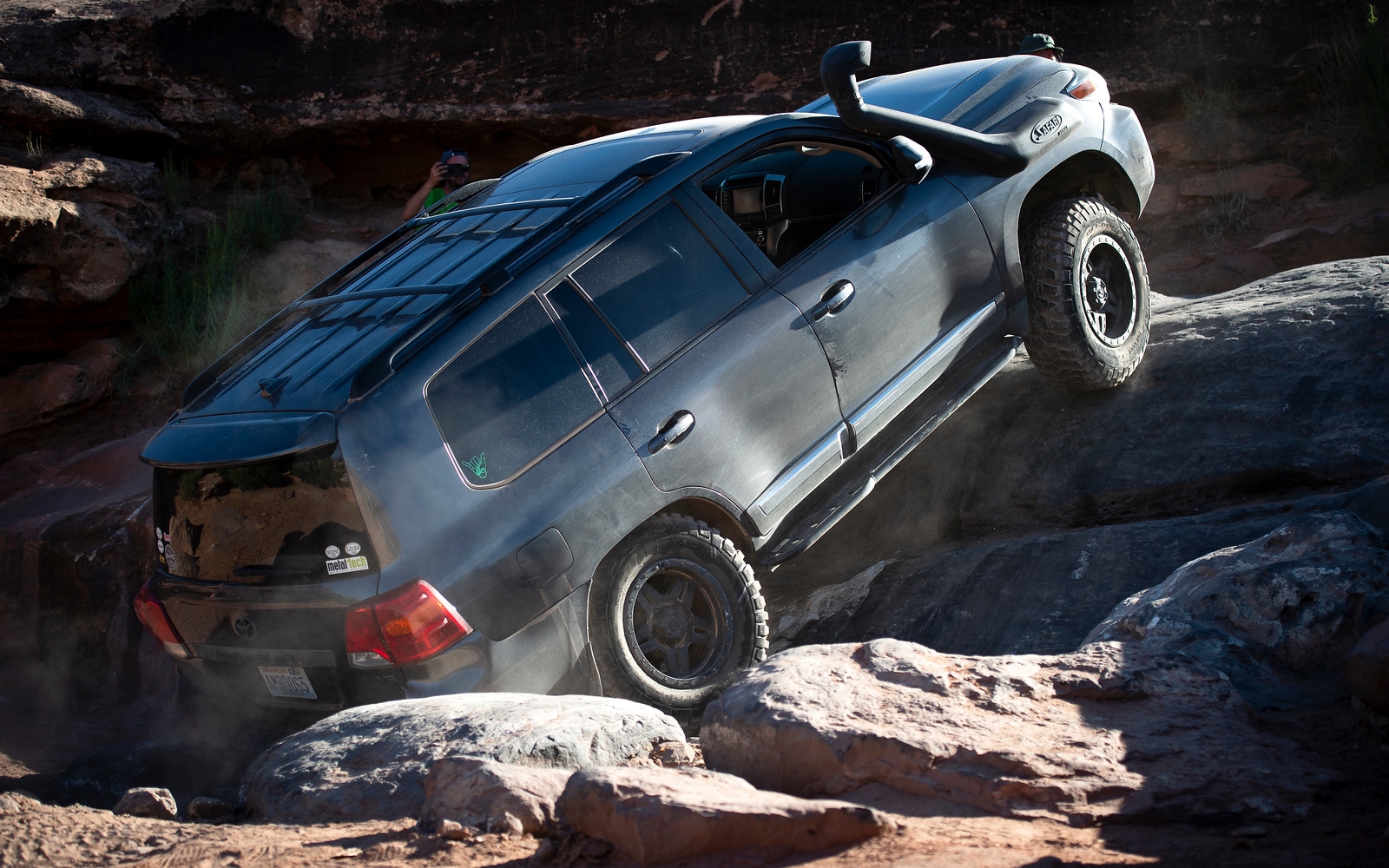 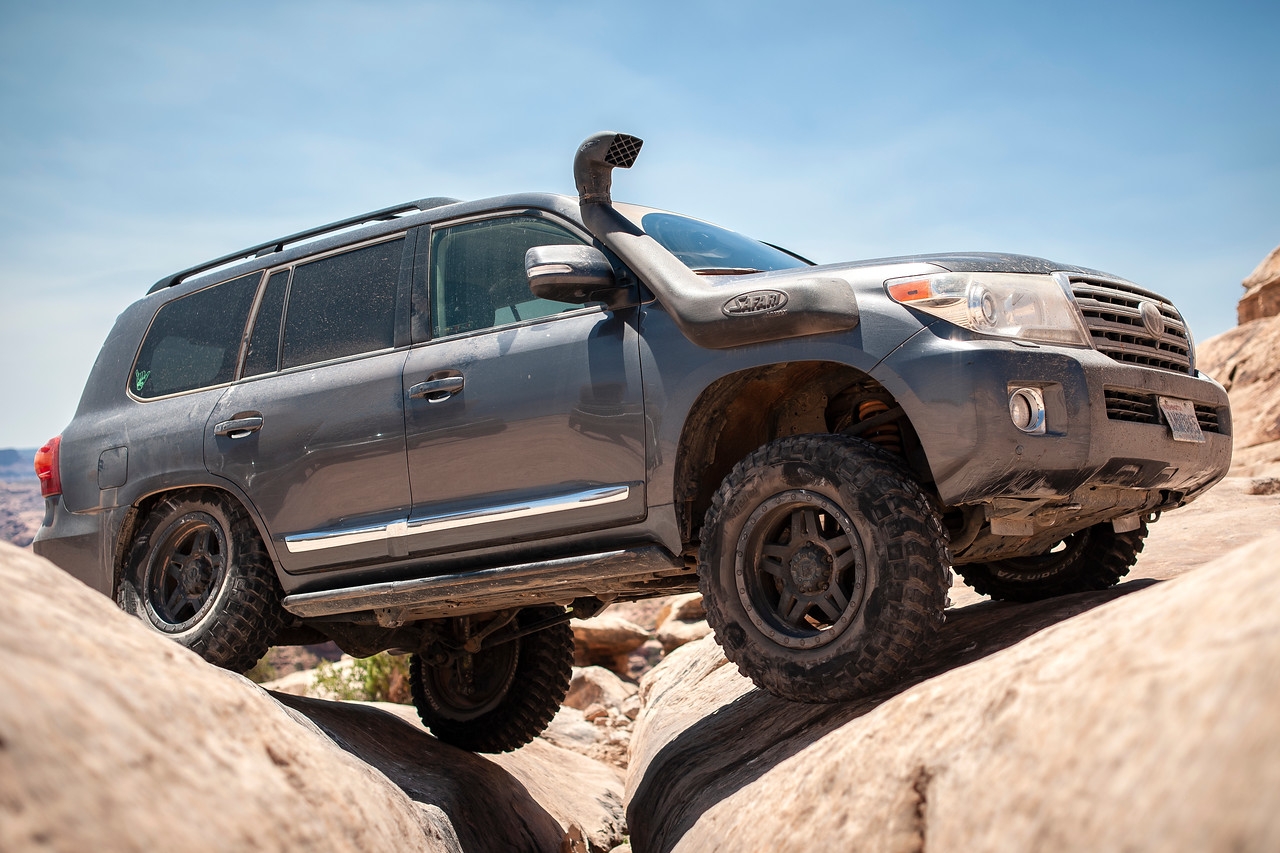 grinchy said:
So this happens even without a 2nd/sub tank?
Click to expand...

Yeah, this has happened both before and after the aux tank... it's been the worst in Moab but has happened in other areas well.
2016 URJ200 Land Cruiser

I remember reading a suggestion that filling up all the way in moab is a bad idea.. can the charcoal canister of doom be prevented by only doing 3/4 or half?
TEAM KDSS

bloc said:
I remember reading a suggestion that filling up all the way in moab is a bad idea.. can the charcoal canister of doom be prevented by only doing 3/4 or half?
Click to expand...

I noticed a strong fuel smell in the cabin. Has anyone had to replace their gas caps or charcoal canisters on their 200s?
Click to expand...

I usually get this when I use Shell gasoline. Not sure why it off-gases so much. Altitude in CO makes it much worse.

grinchy said:
I wonder if using tech stream to force an evap vapor burn off into the manifold is the way to go.
Click to expand...

A class action suit would force Toyota to fix it.

grinchy said:
I wonder if using tech stream to force an evap vapor burn off into the manifold is the way to go.
Click to expand...

From my observation of actual boiling fuel in the tank, I’m guessing the evap system is totally overwhelmed. Plus I think all the burn-off does is pull vapors from the charcoal canister, not the tank directly.

IMO the way to fix this is reduce fuel temp. Tough job, being under the vehicle. Even if you cut down on radiant heat from the exhaust, at low speeds it is still a hot environment and convection will do the job too.

If I remember correctly fuel temp in the tank is a major reason GM went to returnless fuel systems.. the fuel getting heated going through the rail then excess returned to the tank was increasing even that large volume significantly.

I actually wonder whether running with the cap loose on trail when possible would help, as ultimately the process of boiling is removing thermal energy from the fuel. Maybe this would allow it to happen more progressively vs all of a sudden when the pressure limit of the cap is reached?
TEAM KDSS

Well the true issue here is that Toyota’s design specifically for the Land Cruisers allows the charcoal canister to get inundated with fuel and forces a release of fuel into the environment which is against CA emissions regulations and also a health hazard. If it happens in Denver at 5,000 feet, it’ll happen in California along 395 where I camp. This has never been an issue on the Tacoma or any our or groups’ 4runners or FJ Cruisers.

In my specific case, I filled the tank like I regularly do and I’m only pounding highway miles and this LC200 has never seen dirt. This is a situation that would happen to any owner of a 200 series in my specific setting. The fuel fumes came inside the truck when the HVAC was on recirculate both at freeway speeds and in commute traffic requiring me to open the windows because I actually got lightheaded.

100s suffer from this very same thing. Huge thread on it in that forum section. Appears to be thermal pressure overwhelming evap system in both series of Cruisers due to radiant heat from exhaust and the return fuel lines as indicated above.

I was just under my cruiser to help with another thread and had a look. Nice metal heat shield in the only place that the exhaust comes remotely close.. then it wraps over the driveshaft and the only thing radiating any heat to the unshielded part of the tank is the muffler.. which doesn't get nearly as hot. And it's on the other side of the truck.

I don't think there is much we will be able to do to reduce heat.
TEAM KDSS

There are documented cases for the 80 and 100 series. A perfect storm of heat, elevation, and fuel blend consistently results in boiling gas. I’d expect other vehicles have variants of the same problem.

I’m also unaware of any true solution other than giving the gas time to cool down, hopefully before it toasts your charcoal canister.

It’s definitely a legitimate and annoying issue with LCs. Also, I’ve had this occur during highway driving as well.
2016 URJ200 Land Cruiser

Probably an impractical option, but it seems like one could build some sort of fuel cooler.
Last edited: Nov 16, 2021
'16 Toyota Land Cruiser

grinchy said:
So this happens even without a 2nd/sub tank?
Click to expand...


Yes. This issues happens with or without it. Mine first bubbled back in 2016, alone in moab and neatly stock. Like…FLOWING out my fuel door. My LRA didn’t go in until a couple years after tgat.

indycole said:
Also, I’ve had this occur during highway driving as well.
Click to expand...


Most likely more of an issue on heavily built trucks like yours that require more horsepower to punch a hole through the 80mph air than stock.. which is how toyota gets away with this per EPA/CARB.


CharlieS said:
Probably an impractical option, but it seems like one could build some sort of fuel cooler.

I know it can be done: I had a 2000 Porsche 911 that had an original factory equipment fuel cooler that was plumbed into the air conditioning lines.
Click to expand...


A heat exchanger for fuel returning to the tank might be pretty easy to set up. Not sure how much of the overall thermal energy is from this source though. And finding a way to do it without increasing the giant-ball-of-fire potential.
TEAM KDSS