vtcruiser60 said:
Pics of final install. Seats to be cleaned next.

Did you glue down the carpet or just lay it down?

Dakotan said:
Did you glue down the carpet or just lay it down?
Click to expand...

Just lay it down, seats , molding , etc will hold it in place

I did this recently with the stuff from stock interiors. Their video says to put it inside the doors though stuck to the outside panel, rather than inside the door cards. I had already removed the vapor barrier to undo the door latches, later replaced with new plastic.

I didn't cover the entire inner door but a pretty good amount in front, lesser amount in back. here's the driver door for an example.. 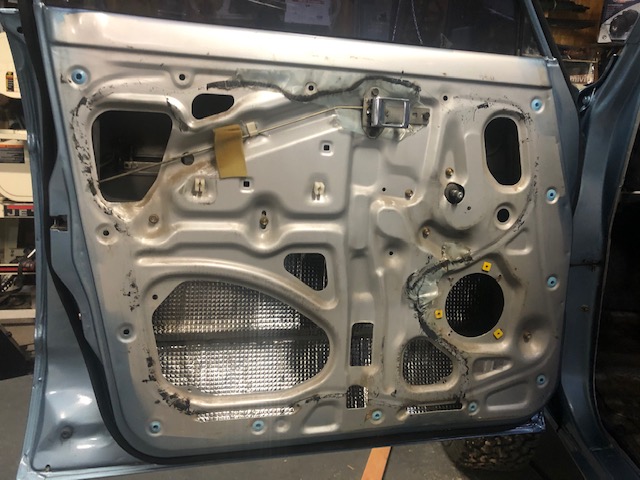 What I like is how the door feels really solid now when you close it. Some from the insulation, probably more of it from the new door gasket, but either way just feels way more solid.

I stuck the rest of the sound dampening around kinda where I thought it could do the most good, could have used double the amount I ordered though but it was kinda expensive. I ordered their "SUV Cargo Area" kit and should have maybe got a bigger package. But in general, I'm fairly happy with how it turned out and the 60 does seem a bit quieter now with the added pad and new carpet. 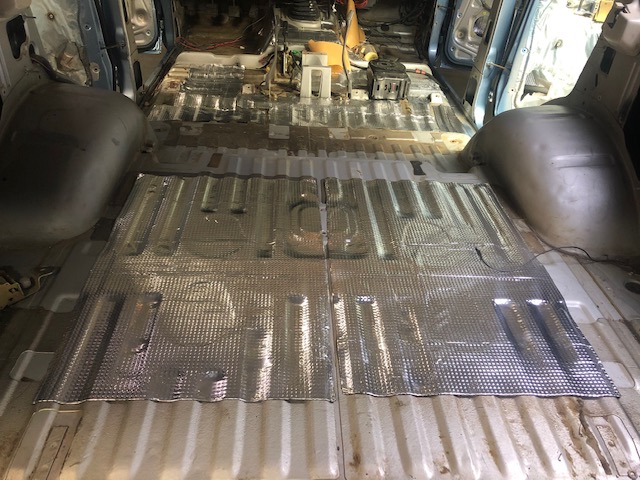 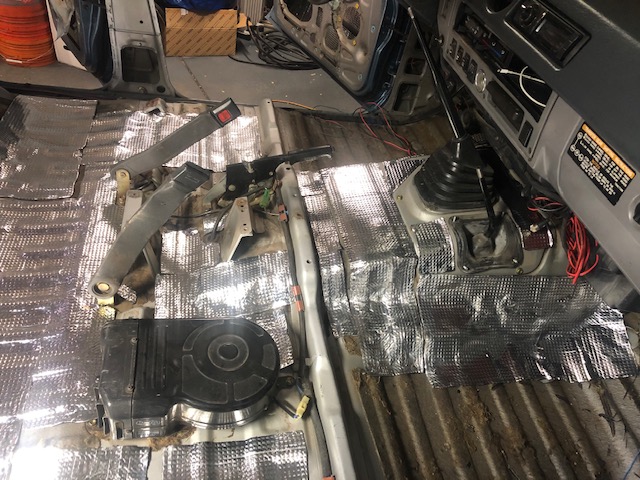 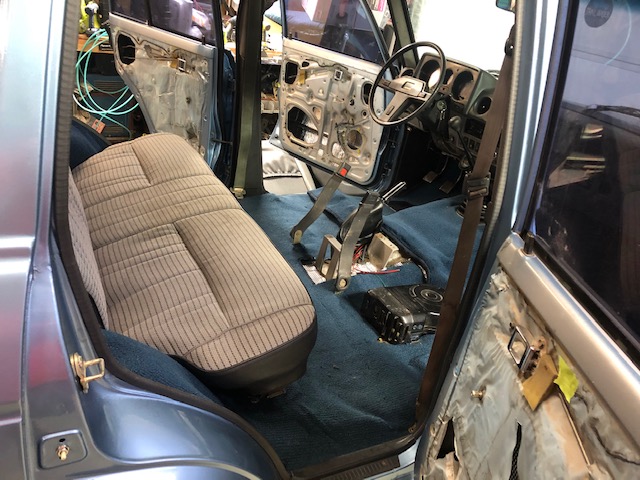 jjones said:
I just did this exact project a couple of weeks ago and used the 150mil over kilmat 80. I think you'll be happy with the end result. The cruiser is almost as quite as my 4th gen 4runner!
Click to expand...

How much of each did you order? I’m about to do the same in my 60

I think it was about 80 Squarefeet. 60 Sqaurefeet should be plenty if you're just doing the floors.

I just did this in my 60 and two boxes of 36 ft was enough for floor plus doors and back panels.

What floor mats are those?

Awesome job and writeup! Thanks!!!
J

cruiser enthuiser said:
I kept the vapor barrier (well actually replaced the trashed stock material with new 6mm plastic) and added 1/8” thick Dynaliner to the back of the door cards. This coupled with Dynamat inside the door makes for an incredibly tight and quiet door.

You can see that I left it about 2” short of the door card edge so that the extra thickness doesn’t prevent the door clips from fully seating.

Ed, did you put the MLV facing the out side door skin or put it towards the inside of the cab? I’m about to this, glad I saw your post. Nice Work!!

Dynamat, Killmat, etc are merely Bitchathane (ice and water shield) with an aluminum coating. Since some are choosing to layer 5-10 mm aluminum backed foam over the top anyway someone could save some $$.
You must log in or register to reply here.

B
Holley Sniper 2300 install with PowerSurge
2