Compression Issues with my 2006 Lx470/Landcruiser (1 Viewer)


To understand my situation ur gonna have to read a short sequence of events:

Last year I took my truck in for service with all the dash lights on; the EGR valve was not working and the dealer was going to charge me $800 to replace it. So I took it to a family friend mechanic (who is no longer a friend) to quote me. He said $400 and he would buy the part used. When I drove the Lx470 to his shop, it was a perfect example. I did a 3 day detail on it, inside and out and had a fresh undercoat done. If it were in that condition today I could have sold it for $18k+ (lol I bought it for $15k with 100k miles and now it has 181k).

I got a call a couple days later that he disassembled the EGR and a bearing from it or something else got sucked into the engine and did some damage. That's where things took a turn. He said that he would cover all the repairs as it was his fault. I expected it to be the same when I picked it up but boy was I wrong. I dropped it off in November 2019 and picked it up in January 2021. He really put it on the back burner since he wasn't making any money, heck I even threw him a grand just to go faster and cover some of his expenses.

To his knowledge the 1st driver side piston and valves were replaced, all new gaskets, and the head was sent to a machine shop. I picked it up recently and he said he fixed it but it wasn't making good compression on one cylinder. I tore into it myself since I have gained a ton of mechanical knowledge since I dropped it off at my former mechanics place. Today I pulled the spark plugs and the spark plug on the piston he replaced seems to be either caked with oil or carbonation, all other spark plugs seem fine. I only did compression tests on 6 cylinders because the back 2 were a pain to get to on either side.
Compression was as follows:
Passenger 1(front): 125psi
Passenger 2: 130psi
Passenger 3: 130 psi
Driver Side 1(replaced): 120psi
Driver Side 2: 145psi
Driver Side 3: 125psi

Since I've acquired it, it seems to have a slow coolant leak which I haven't had the time to trace yet.

I got a borescope into the cylinders and I saw some crazy stuff. Passenger side was never touched so it was immaculate, as if it was brand new almost. Driver side (Where work had been done) was different. Lots of black crud, probably carbon buildup, and some cylinders had visible chunks of black stuff. Cylinder 1 obviously had some oil in it since I assumed the rings hadn't seated correctly. Is this normal? Should they all look the same? or does one bank get more gunked up?

I want this to be the most perfect Landcruiser there is. Do I have any hope that I will see a day where this is true? I am willing to go to any lengths that aren't super expensive, even an engine teardown isn't off the table, I got time. All necessary images are attached. Passenger bank cylinders are numbered in blue/purple (im colorblind) and Driver side cylinders are numbered in yellow/green. Spark plugs are laid down in order of cylinders on each side. I would post more pictures but I guess I'm limited to 5.

Hope you guys can help!
Sam 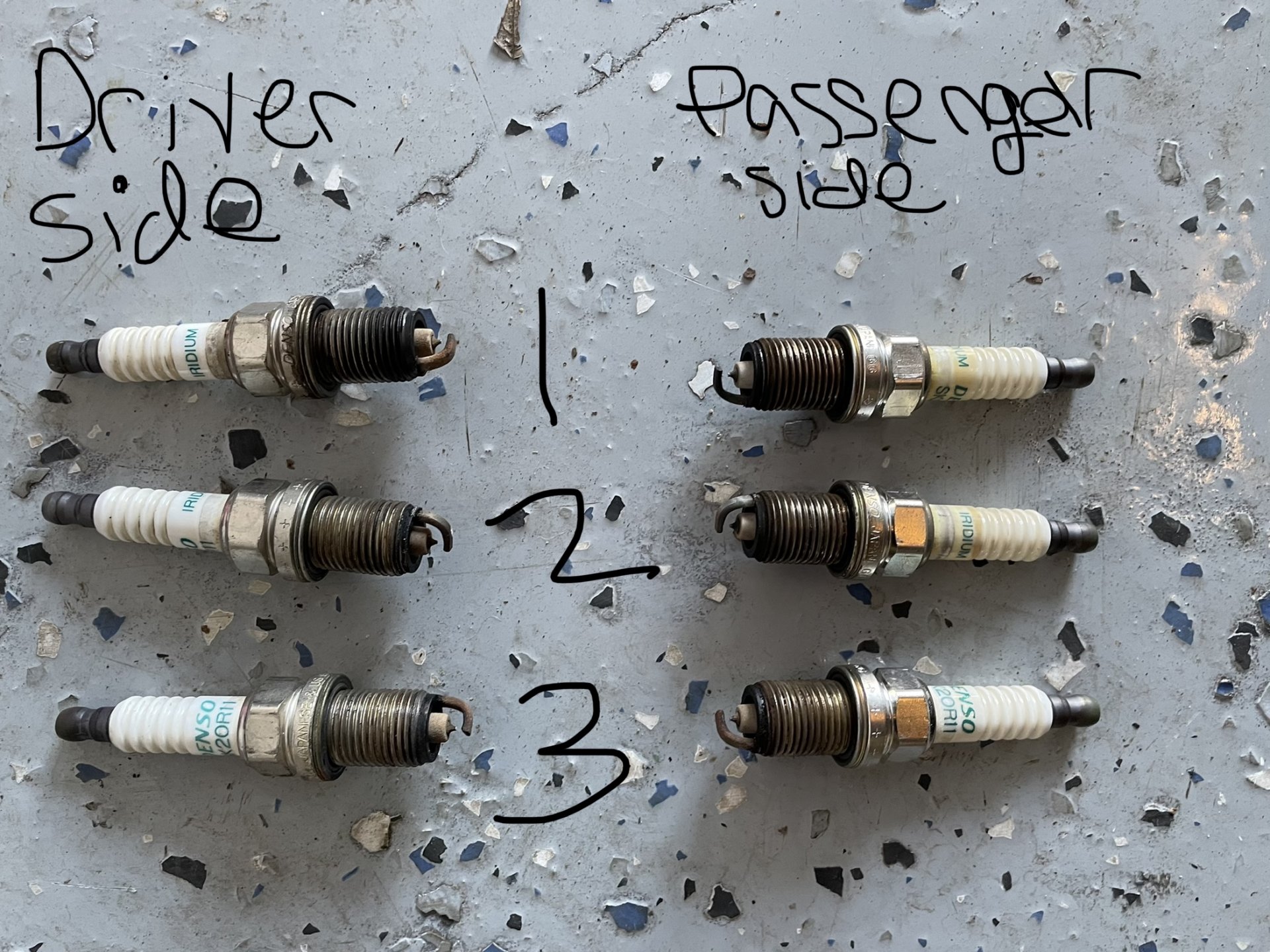 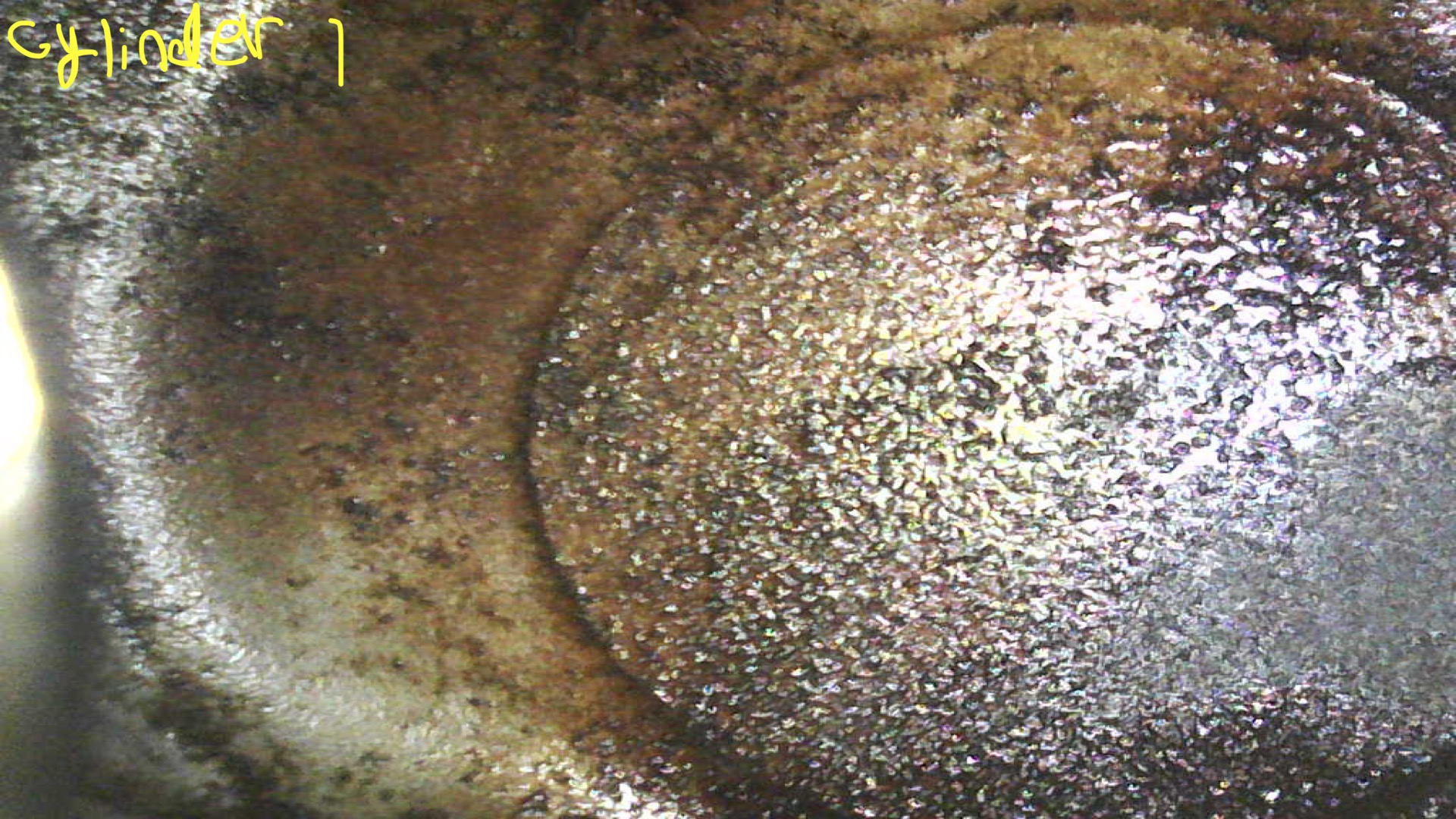 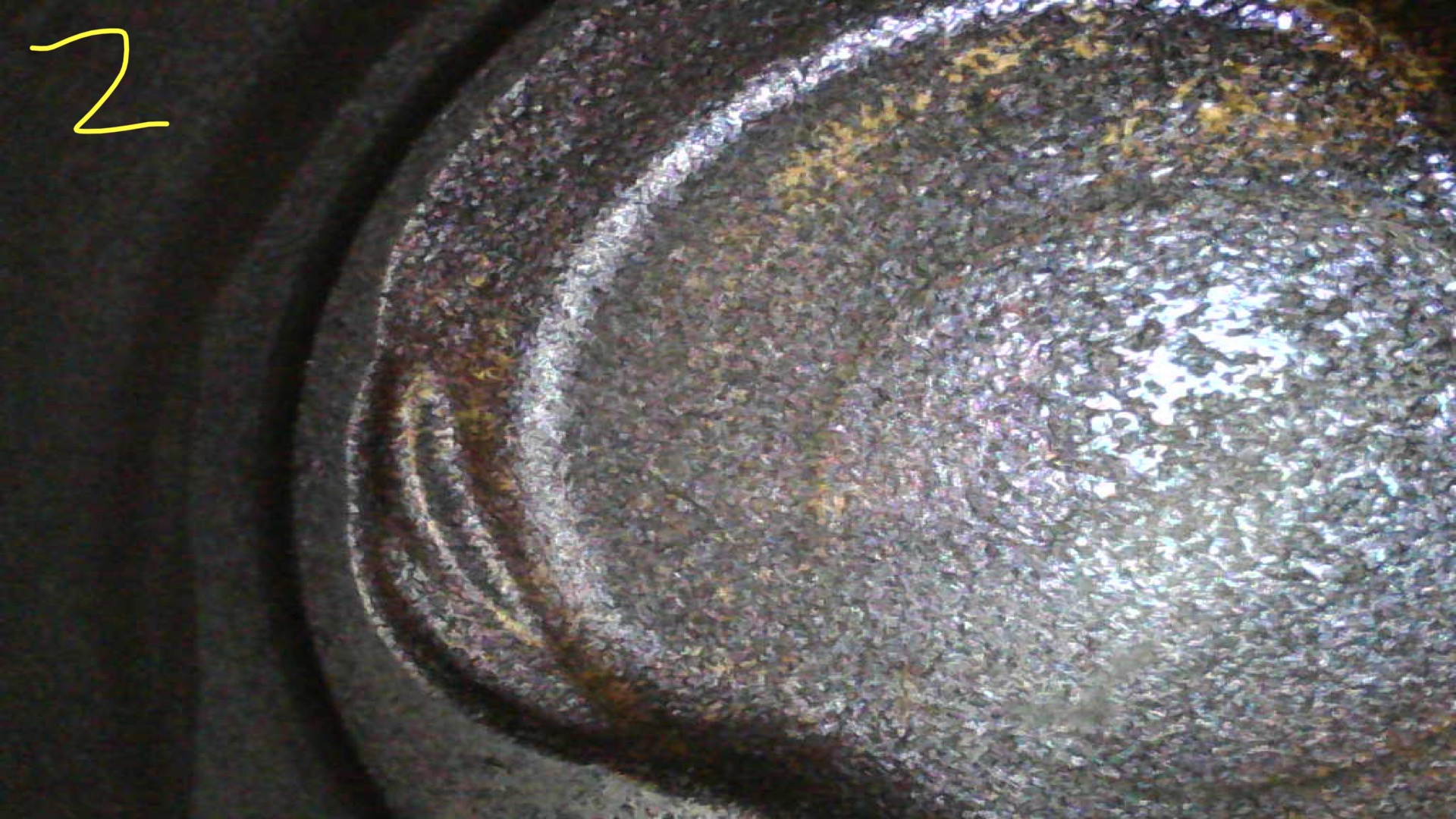 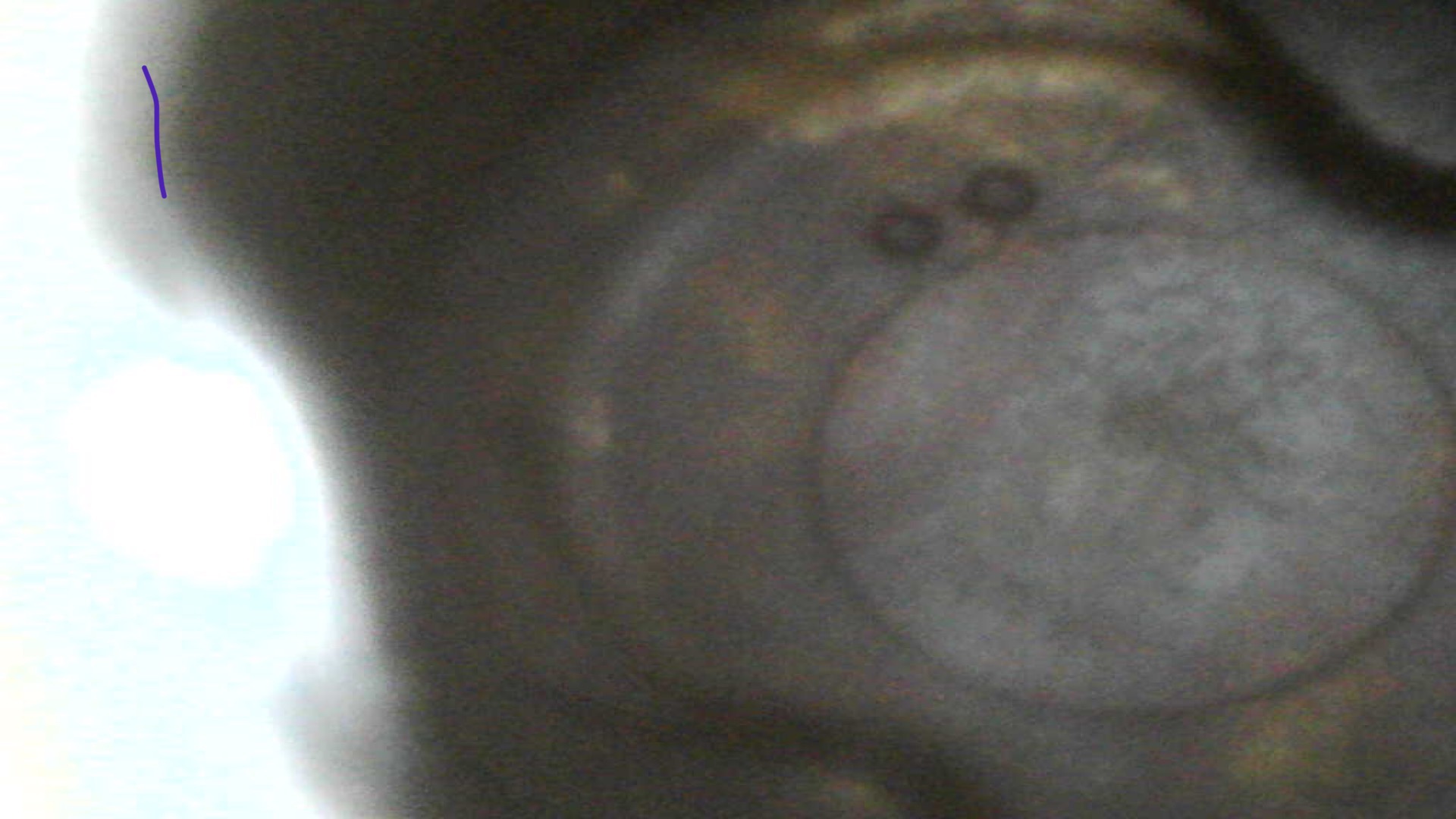 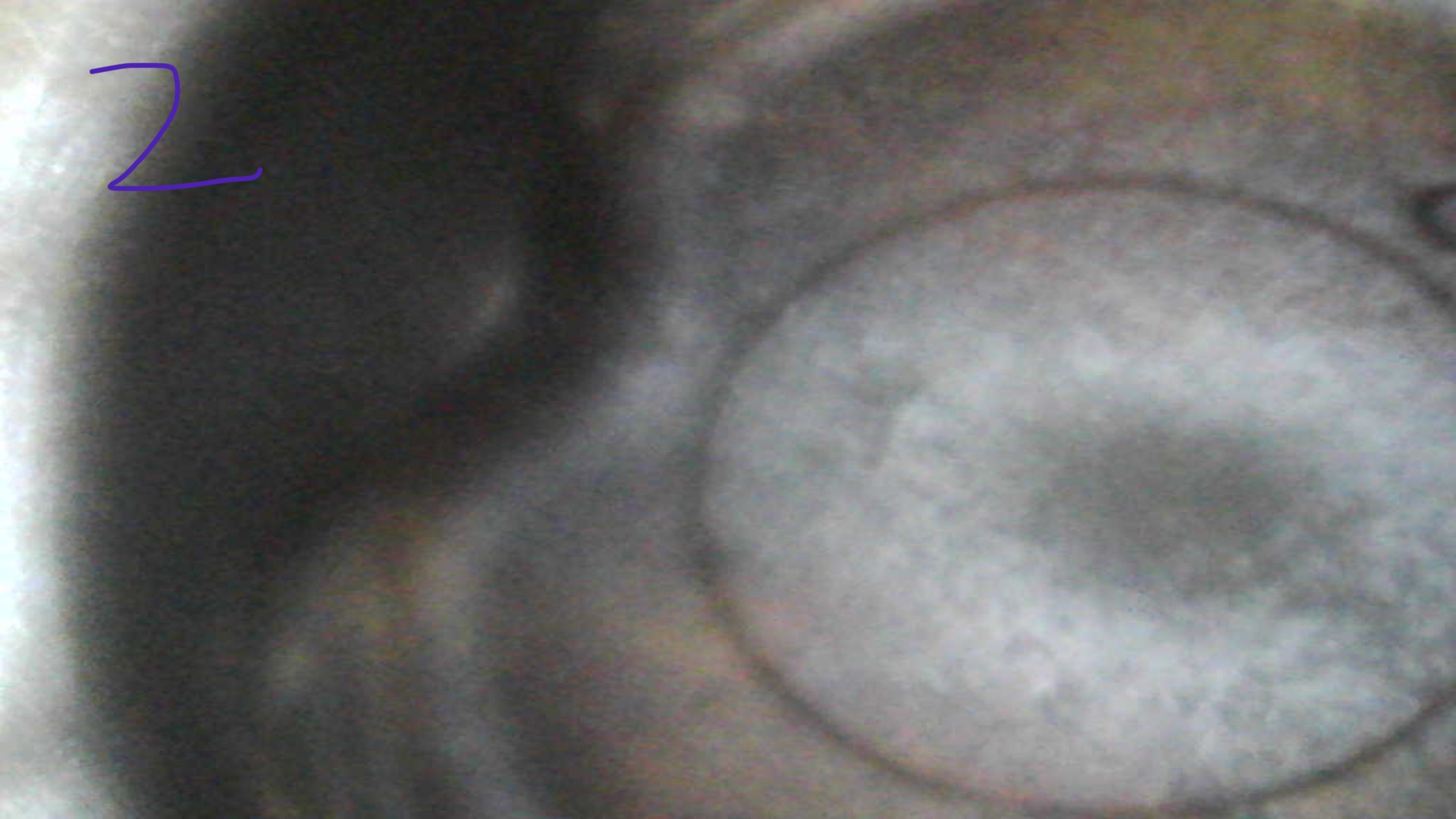 Sunday at 7:36 AM
TheBestCow
T