Who's got Yosemite Yellow???

nuclearlemon said:
that looks like my 78, which was cygnus white. cygnus does have a yellowish look to it.
Click to expand...

These are all the references to Yosemite Yellow I have. All were scanned in and copied to this one image without any color editing. I need to ask Kipper if this was the color of his 40.... It was a funky yellow green. Calling Wesintl... he owned it before Kipper. Maybe he has some pics.

Based on the crossover years, I think Yosemite Yellow was 1966-67 only for the Land Cruiser. There is one reference to T529 in a 1974 book I have. That book was published in 1974 so it could carry on into 75 and up although I have never seen one. 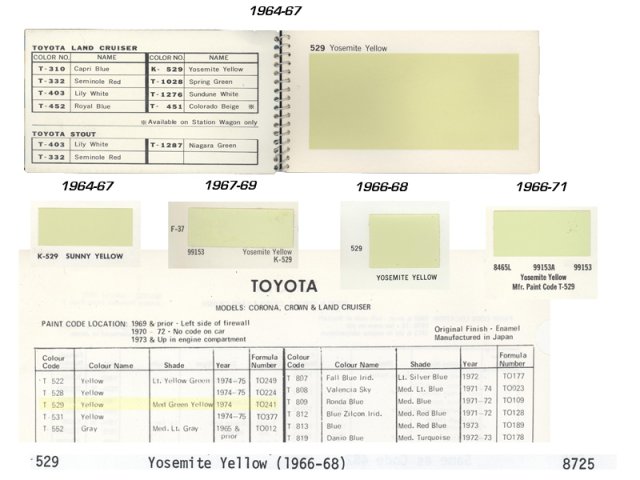 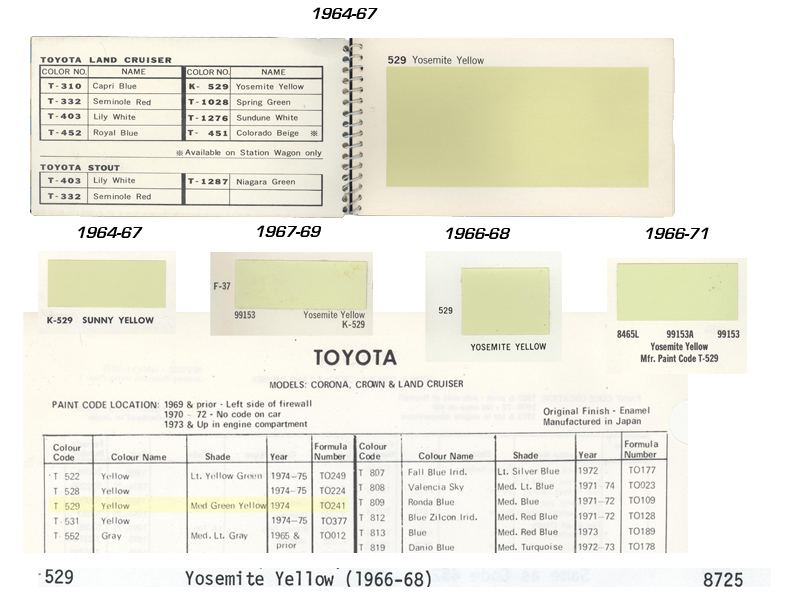 Living in the Past said:
I believe this could be a factory yellow FJ40. I believe it's a 65. The original thread this was posting had the pictures deleted

I came across this one in another section. 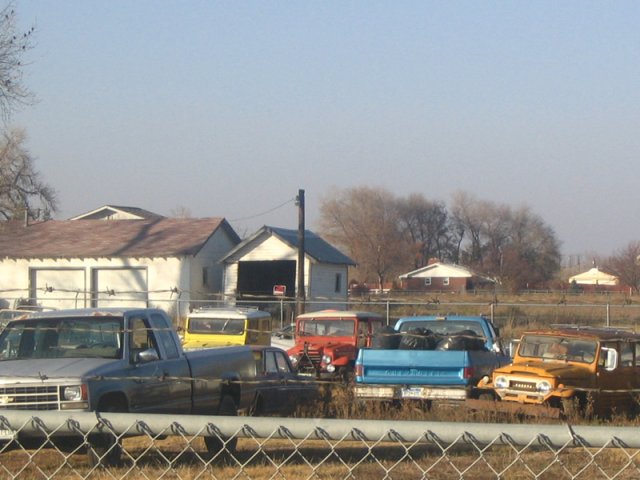 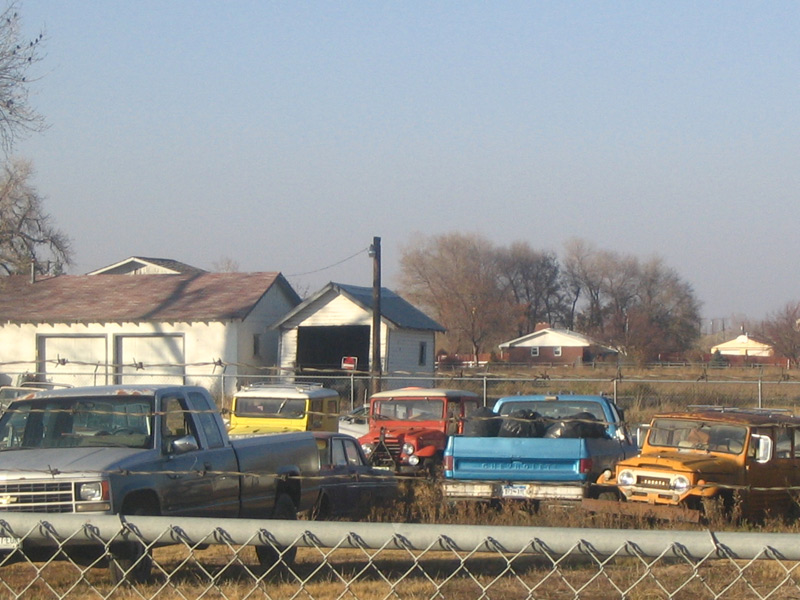 Wes sent me this pic from the knobs thread 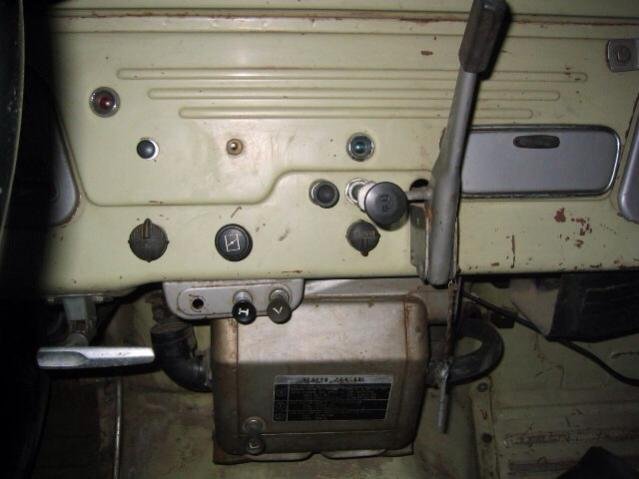 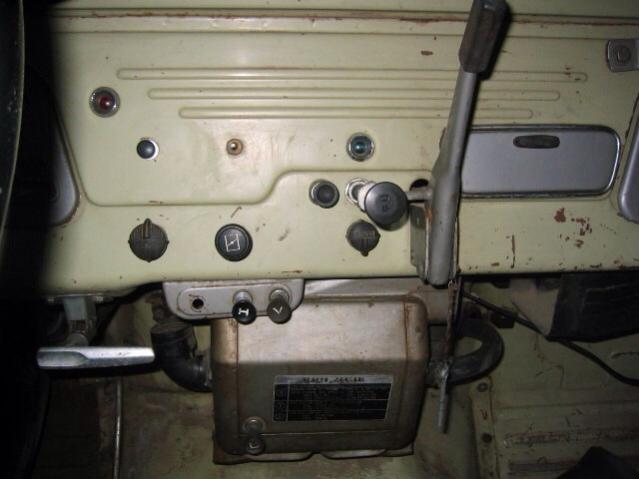 Currently in the process of painting the crew cab HJ45 in Yosemite Yellow single stage acrylic urethane. The color is fantastic and changes quite a bit from white to yellow to green to grey-ish based on lighting.
Here are couple pics from this past weekend... 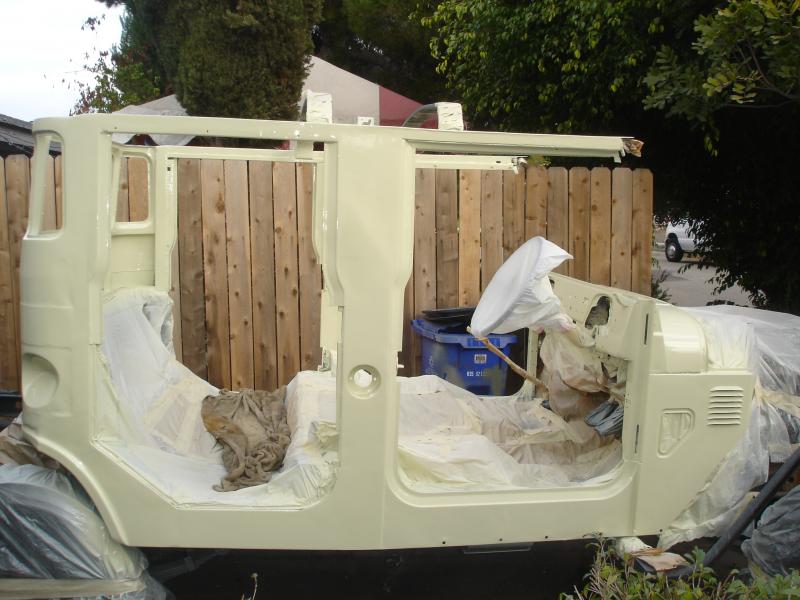 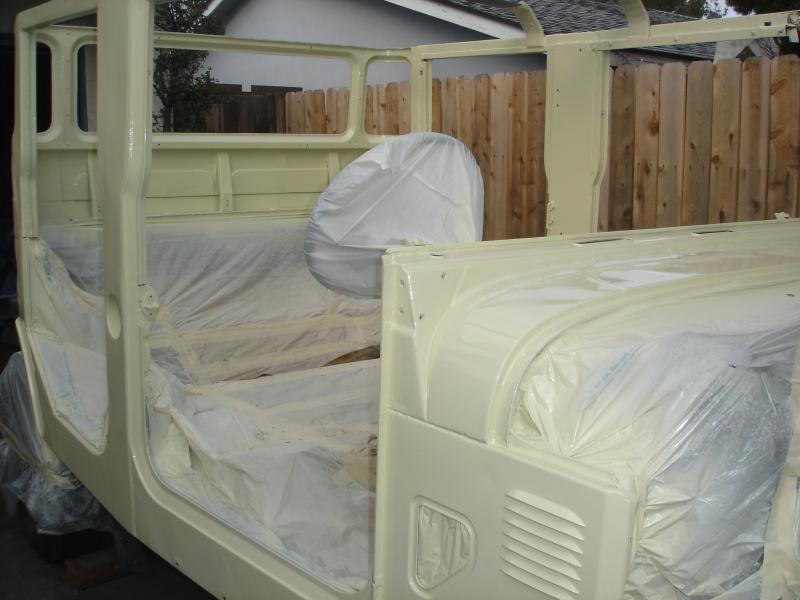 dont knwo if this is the yello you are looking for?
but it is stock as far as I know 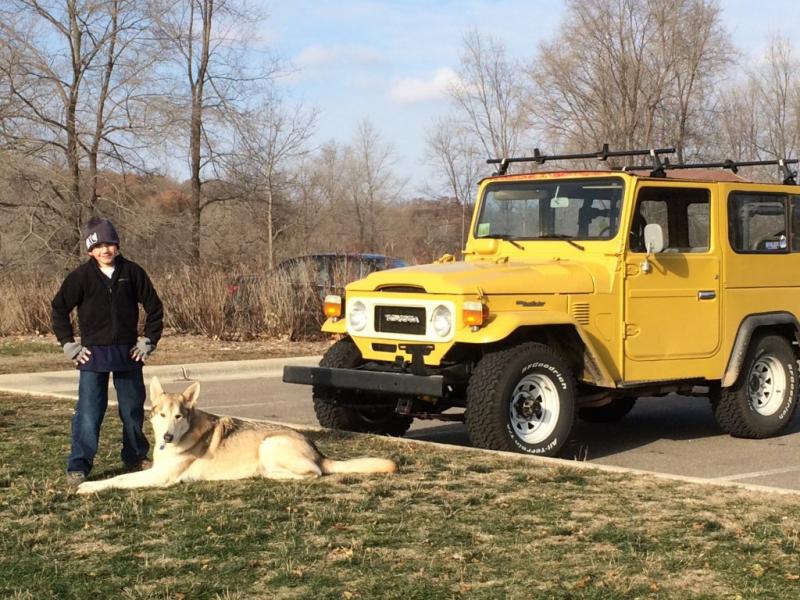 Visit site
Is that a soft top with hard sides?

Visit site
Maybe the "Sulphur Yellow" was morphed to Yosemite Yellow--because of the sulphurous volcano vents?

Visit site
Yes. I made it myself
Snaps and a channel from a besttop

Revisiting my thread as I seek out a 1960s FJ40 to restore! I passed on the 67 that I was after when I wrote this thread. I still like the idea of a pale yellow with black interior. Have a lead on a 1961 FJ40. Per FJFJFJ I believe we are allowed a little leeway on the early trucks in terms of "original" paint color. I think period correct may be OK. I know I want something 60s pale and unique.

This helps thanks. I use PPG in Colombia but I have a source for Dupont. I think the only way to find out it is to grab the codes and try both brands. Paint a fender to see what it looks like in the South American sunshine. I like the idea of a pale yellow with green in it. Also I have in my mind the old big Caddy boats with pale yellow and black interior. The light green was done by others already (and looks incredible) but I would like to be different.

Funny how we have to repost to keep these threads alive as our restorations crawl along. We are 3 months or so in to mine but luckily as I am hiring it out we are getting close to the paint time. I had gotten some other references and I do believe that this color Yosemite Yellow was a 1961 and 1962 color for the Land Cruiser FJ40. I need to find the photo but it is interesting that Ford used it on a Ford Galaxie Sunliner convertible with a black top that is just to die for. I need to find the photo. VW had the color later in 1975 I think for their bus. It looks like halfway between the pale 529 Yosemite Yellow and lovely 532 Mustard Yellow.

Anyhow I got a paint sample in Tampa and sprayed it out. It was PPG. Remember these colors are so old hard to say if and what pops up on the computer. I would say it was a little too light but really hard to say.

I am back in Colombia where I restore the trucks and I spent TWO HOURS in the Dupont shop pulling up some photos of real cars that I know were YYellow.

I am essentially taking 'artistic license' at this point and doing what I think is YY but then making it is a light more yellow and a little brighter as I am not crazy about the super pale. Also I have seen that Ford and a pic of an early Corolla/Celica that had a 'softer' less pale yellow. 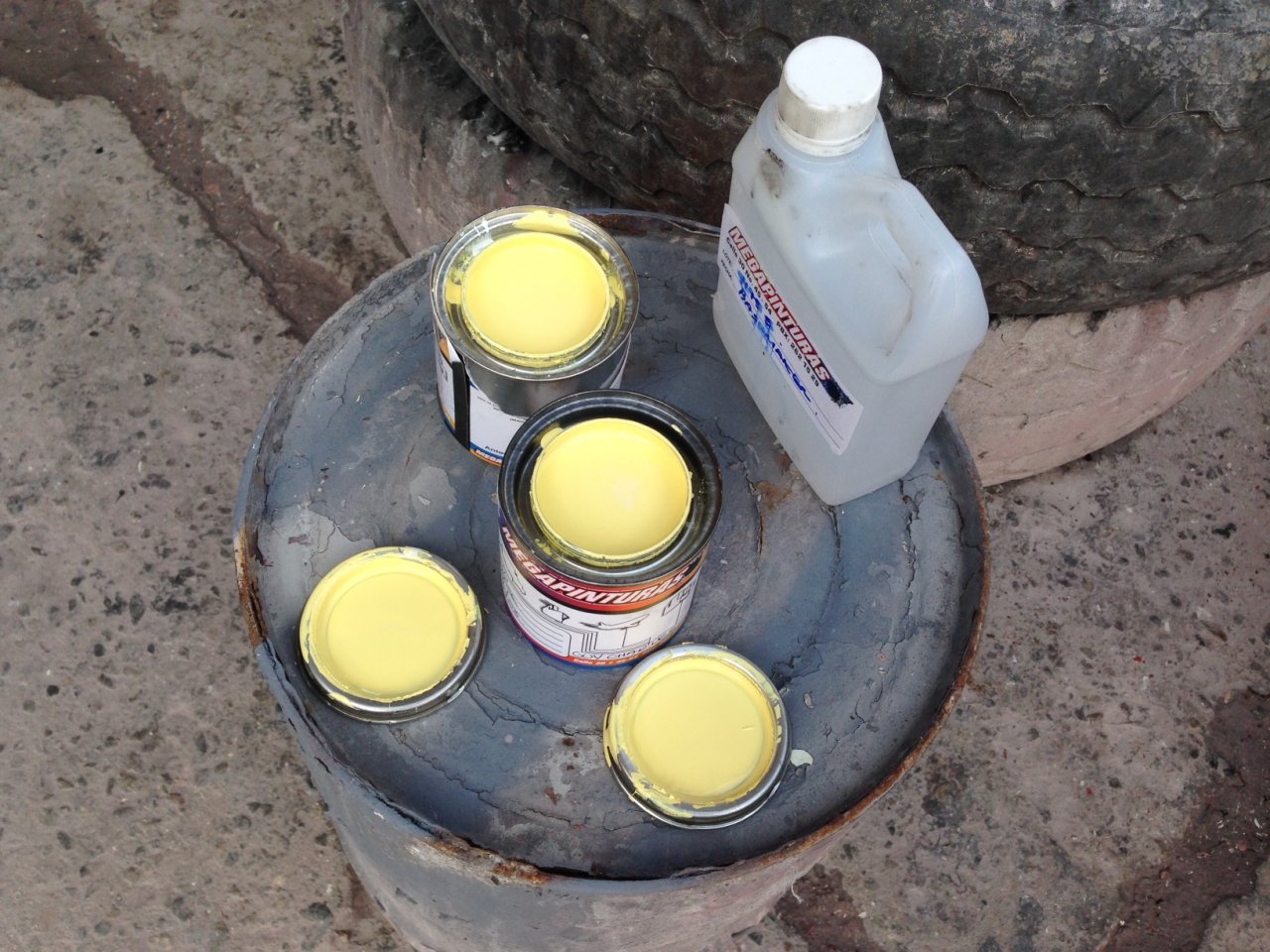 anyhow we will paint a fender tomorrow and see how it looks. then adjust from there. I need to post my pics of the YY Ford and Toyotas. 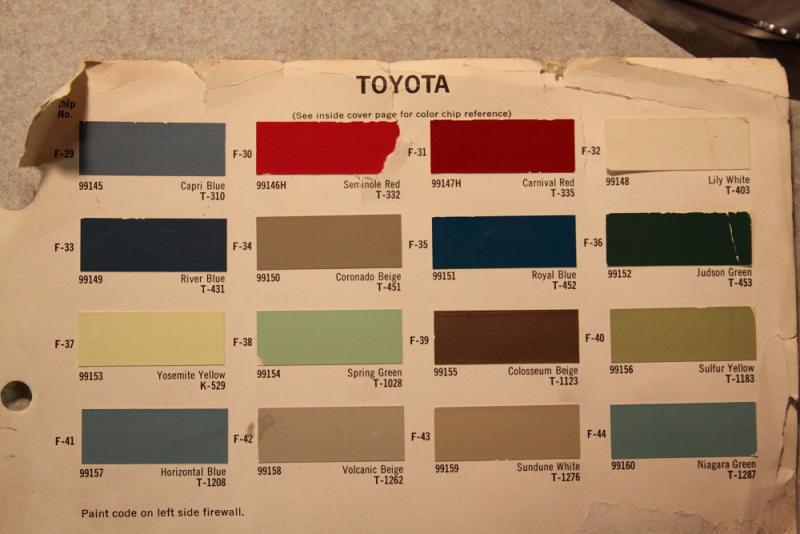 These above are early colors. I got PPG paint cans of YY 529 and Niagara Green (my 2nd choice). I was not able to paint them on metal though. I can't find the Ford or the Celica photos but they are much warmer colors (to me) than that paint chip.

Truck was a 'farmer's truck' and was still in use and registered when I bought it. It was all beat up but still had great frame, original running F engine, the very nice big data plates intact, and a rust free body. Missing the doors and front fenders and someone cut the stereo out. Probably a 1 million mile Land Cruiser!

Truck will be hard doors with tan Toyota soft top. We found a 1961 steering wheel.

Body will be 90% correct. F engine will be rebuilt for power and the drivetrain from a 1982 with a 4 speed or 5 speed and disc brakes.

May do power steering. interior will be 90% correct with in cabin gas tank.

Plan is slight lift with 265/75/16s on plan original Toyota rims with half moon hubcaps (original 15 inchers i have but they are all
beat up). The 16s I made using 15 inch Toyota centers on 16 x 7 Hilux rims.

I will be sure to post my take on "yosemite yellow" soon. 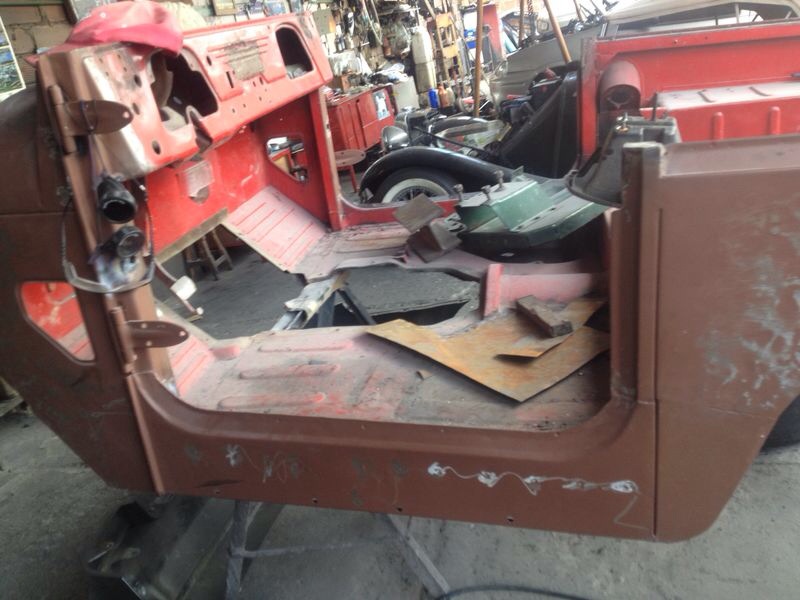 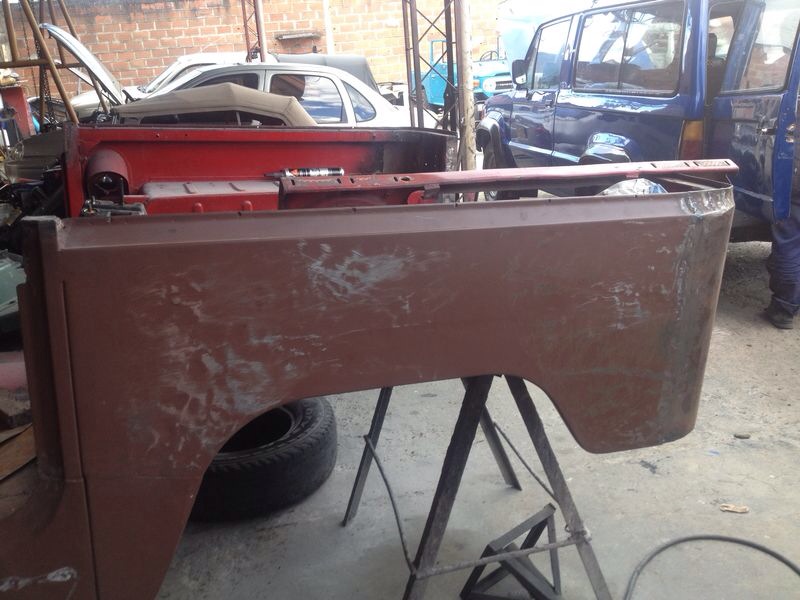 Better pic early in the process. I think we are 3 months into this one cant remember. I had a build page for it but it was hijacked by warring factions of Mudders. Haha.

Remember they get real ugly before they get pretty. This is our 2nd frame off restoration so I am confident it will turn out nicely.

I am too busy with frame on overhauls so this will be my last frame off for a while I think. 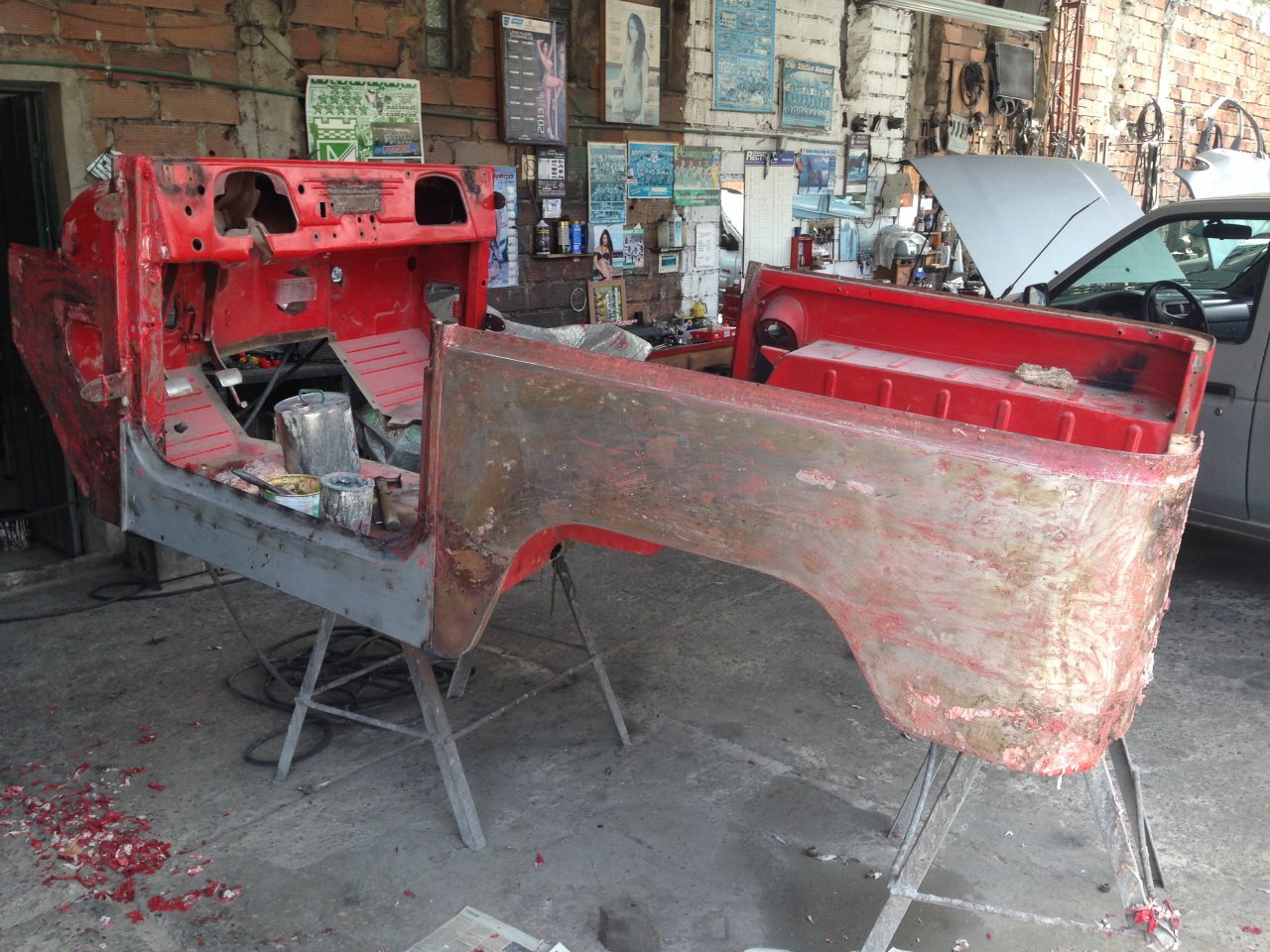 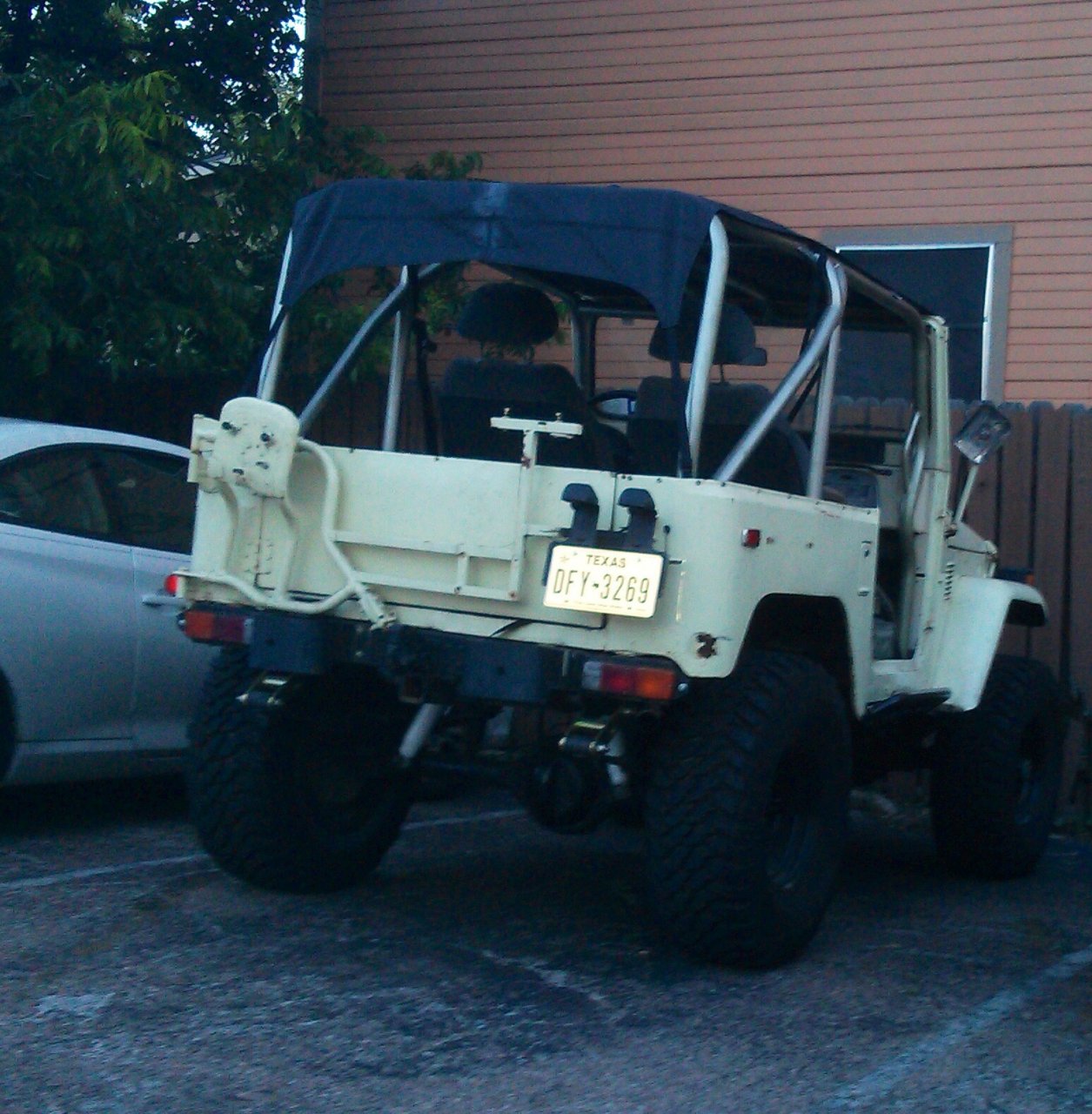 Visit site
I have olive green. Its in restore. But soon I will be ready to show. "Cool Cruiser of Texas Classic" color model is very popular. I call it "Baby Poo!"


thanks for the post of YY. I am working with the dupont shop to pick out the color. I will probably go a "warmer" shade of YYellow than the pale yellow.

I promise to finish this truck soon! I put it on the backburner and need to finish a FJ43 and a classic Patrol then we finish this 61 finally.
You must log in or register to reply here.

Got a once over - gearing up for next steps.