So i found this 1982 FJ40 in good shape...still original paint and the top has never been removed. Surface rust on the rear corners and on the bottom of the rear tailgate. 196K, original 2f, runs great, new muffler, power steering is fine and interior in good shape. The front seats need to be redone but that's about it on the inside and has rear jump seats in good shape as well. What would something like this go for?
1988 FJ62 SOA, 35's, Hella's, Custom front/rear bumpers and my DD.
Surly SS - DD when the weather is nice
2007 Sequoia - Wife's DD

Doyou have pics? Alot depends on how bad that rust is. Just a thought, If you need to pass a smog test, make sure it is all intact(the emissions stuff) good luck!

What are ya waiting for?

Do It Do It

That's a great year for 40s - just make sure she'll pass emissions since you're inside the 25 year rule. That would be my biggest concern -

Well i just got back from test driving...and it doesn't itle too well. It has a weber carb and i think the fuel filter is clogged. Shifted fine, but it had more rust on the rear corners and rear panels. The sil would need to be fixed as well. The top has minor surfact rust. This would make a great project rig...i got the guy down to $1000 cash for the truck. Is a project '82 worth $1000?
1988 FJ62 SOA, 35's, Hella's, Custom front/rear bumpers and my DD.
Surly SS - DD when the weather is nice
2007 Sequoia - Wife's DD

I'd be all over that deal like white on rice and a glass of milk and a paper plate in a snow storm!

$1K sounds like a great deal to me, but I don't know too much about these things. I paid a lot more than that for mine.

What was his original asking price? I'm assuming it was more than $3K, maybe around $4-5K? Seems like he's coming down in price pretty fast, sounds like he's trying to unload it quickly. I would be skeptical. But then I'm a skeptical guy, sometimes too much so. Did you check the rest of the frame for rust? How do you know the fuel filter is clogged? I've never seen one clogged bad enough (from normal use) that would cause an engine to run poorly at idle. There's probably a different problem there. And yeah, if you live in a place with emissions testing, i'd be worried about smog. If it doesn't pass, you'd have a very large driveway anchor.

But hey, for $1000, I'd buy it in a heartbeat. You could always sell it for at least that much. Unless it's stolen, then just part it out.

Major Payne good movie.
One of my favorites. Especially the story about the little train that could.

For a $1000 I would take it in a heartbeat, but I am partial to 79 or later 40's. Most engine parts from an 82 will interchange with fj60 parts, so finding used parts is not terrible. Heck, if you don't buy it I will be in OK next week and I will come down and buy it.

I wish I could find a deal like that...

If anyone was wondering, I ended up with the project. As you can see, there is a little rust. Suprisingly, the drive train is in pretty descent shape. No major leaks at front hubs or drive shafts. Engine drips pretty bad but does not smoke. Clock shows 190K which appears to be correct. Runs but doesn't idle due to a booster leak and carb problems. Up side; doors, top, controls, and frame are all in pretty good shape. I just have to figure out weather to start this project or finish the '70 model have been tearing apart. What do ya think? 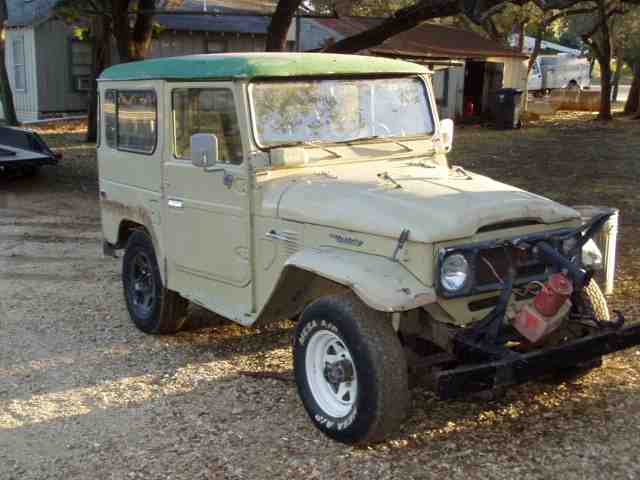 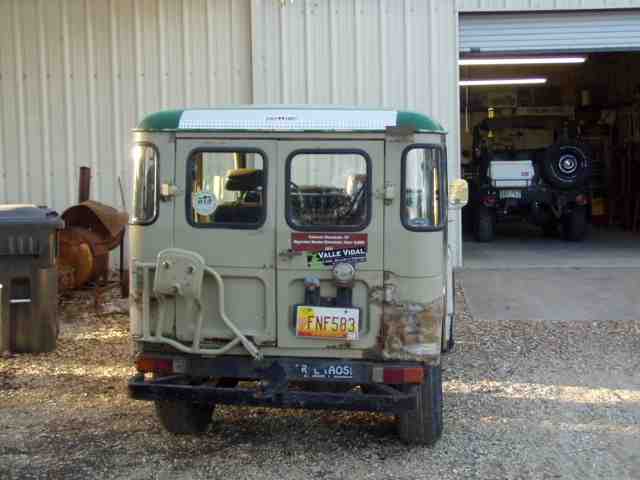 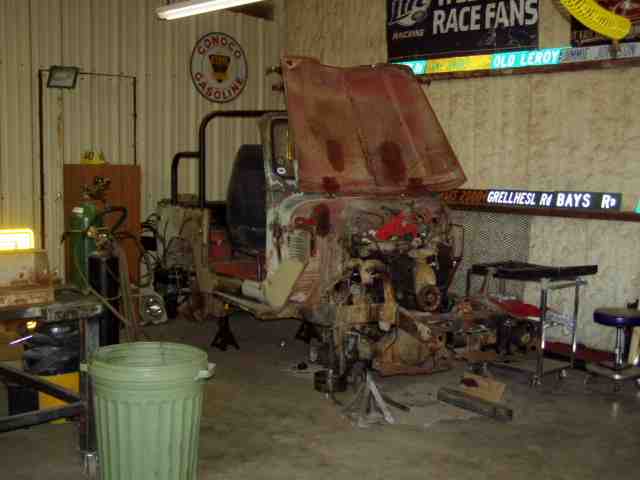 
Two Cruiser Project at once??
I think you should keep that one together so you can have a cruiser to drive around in, then when you finish the 70 do the 82 also, but just my .02

Nov 14, 2022
blackbart
B
C
FJ40 Hardtop with creases - thinking about spraying Raptor Liner on it

Suggestions on getting rid of gas fumes in garage