If a thread on the subject exists I wasn’t able to find it so here goes with my summary of what I’ve learned. I’m in the final stages of a frame off for my 1982FJ 45 Troopy. all for sliding window assemblies needed a complete rebuild. When I stripped the vehicle I pulled out all of the brittle channel and then was able to barely wedge the glass planes out. I did remove one window frame but left the other three in. In hindsight I should’ve removed all four frames. They’re held in place with butyl tape/ sealer. As far as I could tell there is no way to remove or install the glass Plains with the frame installed the fit is too tight and you’d risk breaking them but when the frame is removed you can flex it sufficiently to allow the new channel and the glass pane.

Removing the butyl tape is not much fun and the only solvent I found that remove the residue was preps all wax and grease remover acetone or lacquer thinner did no good.

Once I got everything cleaned and painted it was time for reassembly these window assemblies have a left and a right but the front in the rear are identical. The frames have one corner that is of a different radius than the other three and that always goes lower front on the vehicle. 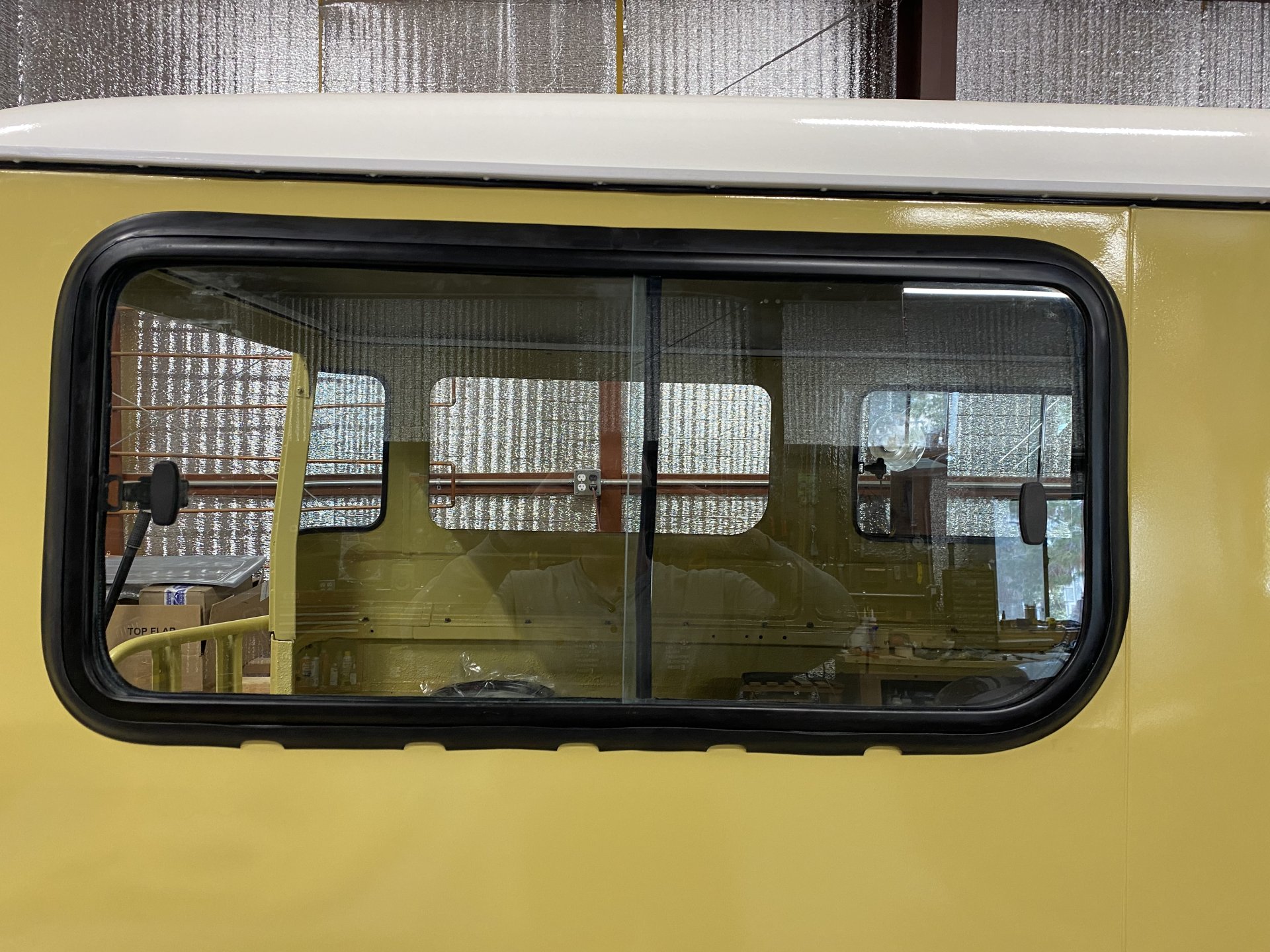 The smaller glass pane always goes in front and on the outside channel. There’s no mixing that one up because of the odd radius in the lower leading corner. The larger Payne goes in back and on the inside track, but that has an up and down because the screw holes for the locking mechanism should be on the lower portion. That payne does have a rubber sweep that goes on to the straight edge and is a friction fit there’s no glue involved. When I removed the stainless steel retaining clip I just use a small awl to get it started the. Pulled it off. When reassembling I found it helpful to squirt a little silicone in there and press it on rather than tapping with a hammer. 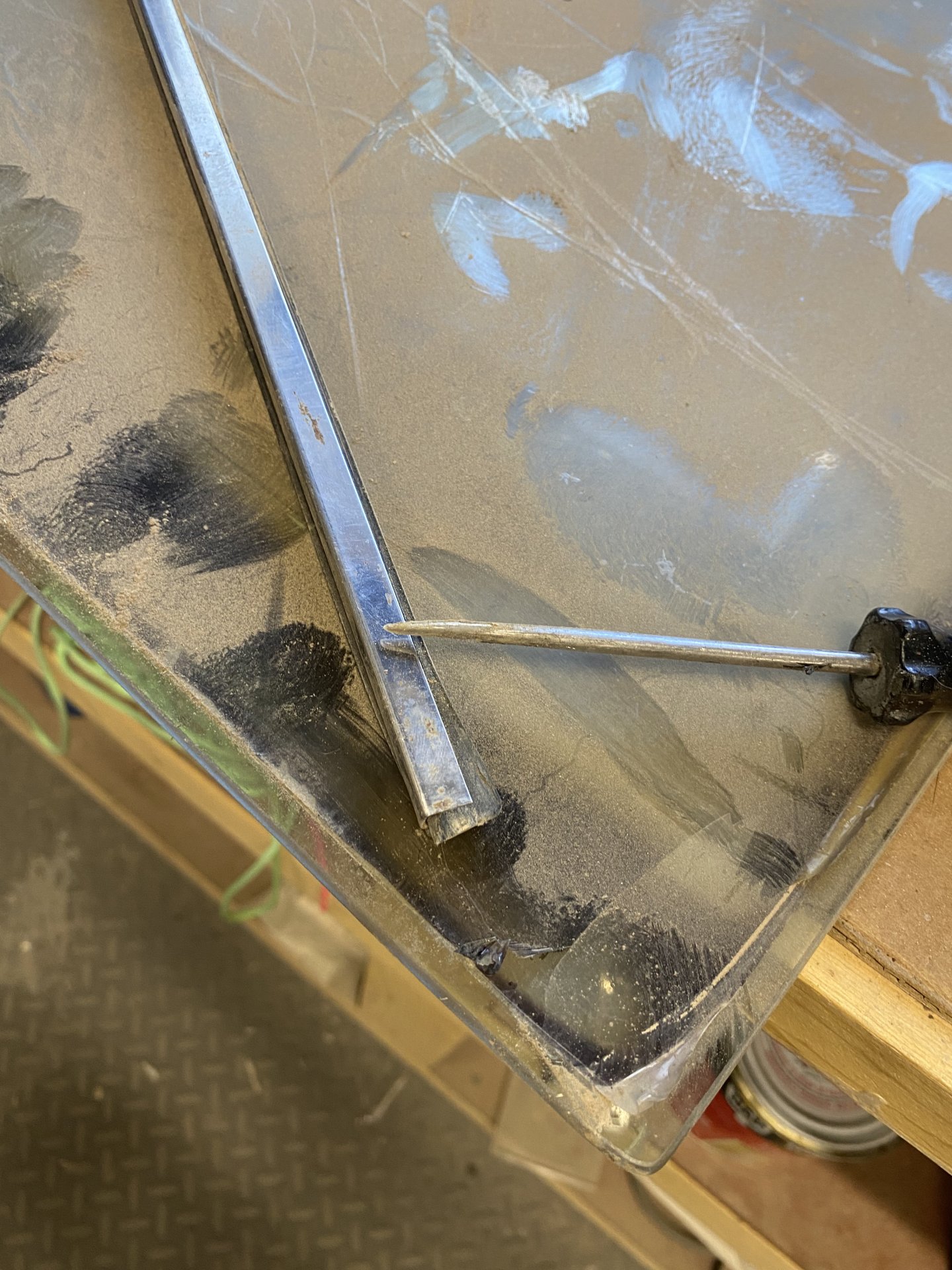 Clean the inside of the channel well and the replacement Felt I got from city racer is open on one end and the opposite end has a notch cut for the latch assembly. Install that first making sure that the slotted suction runs along the bottom of your track work your way around both corners then move to the other end. Place the two ends so they meet at the center of the short section then work towards the corners so that there’s no gap finally set the channel along the upper and lower long runs and that works out any excess material that way you get a nice tight joint on the open end and does not require any trimming or stretching 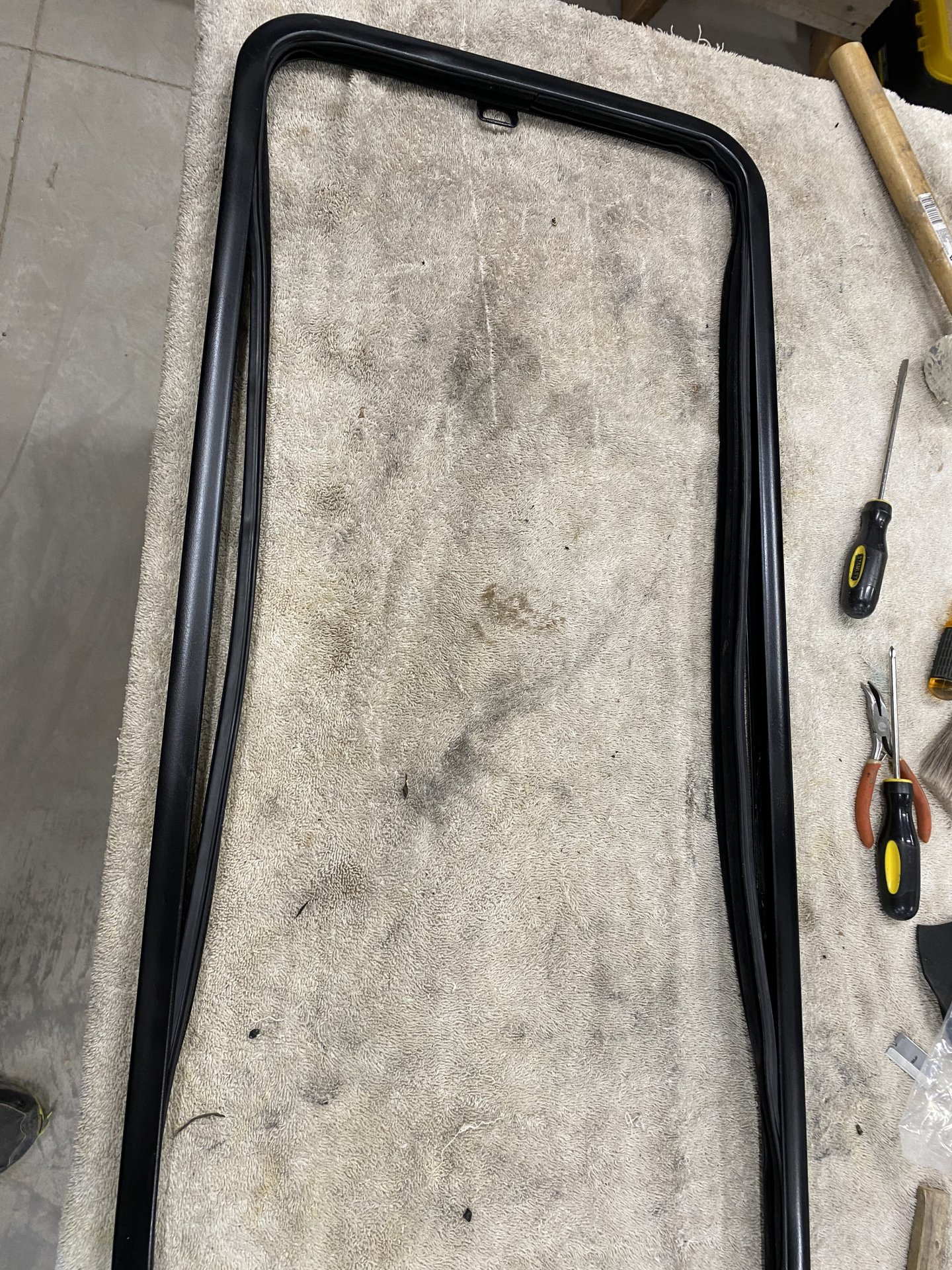 Now it’s time to install the glass starting from the inside with the large pain center it on the lower channel midway on the frame I used some plastic molding tools to help me pry it into the frame by flexing the upper frame enough that I could slide it in. It is definitely a tight fit and a little bit sketchy and really easy to pinch part of your finger so be careful. Once I had that situated I slide that all the way to one end. Then from the front of the frame set the small pane on the outer track midway on the frame opening and do the same thing.

I started the U channel in the center bottom edge and worked my way around you can tap it with a mallet but I had better luck just pushing a 3 to 4 inch section of the time and getting it to seat properly. The replacement U channel I got was about an inch long and every case I need to be trimmed with some tin snips.

Regarding the latch mechanism mine were in decent shape so I just scrubbed them good and then gave them a good shot of silicone spray and they look nice and clean. 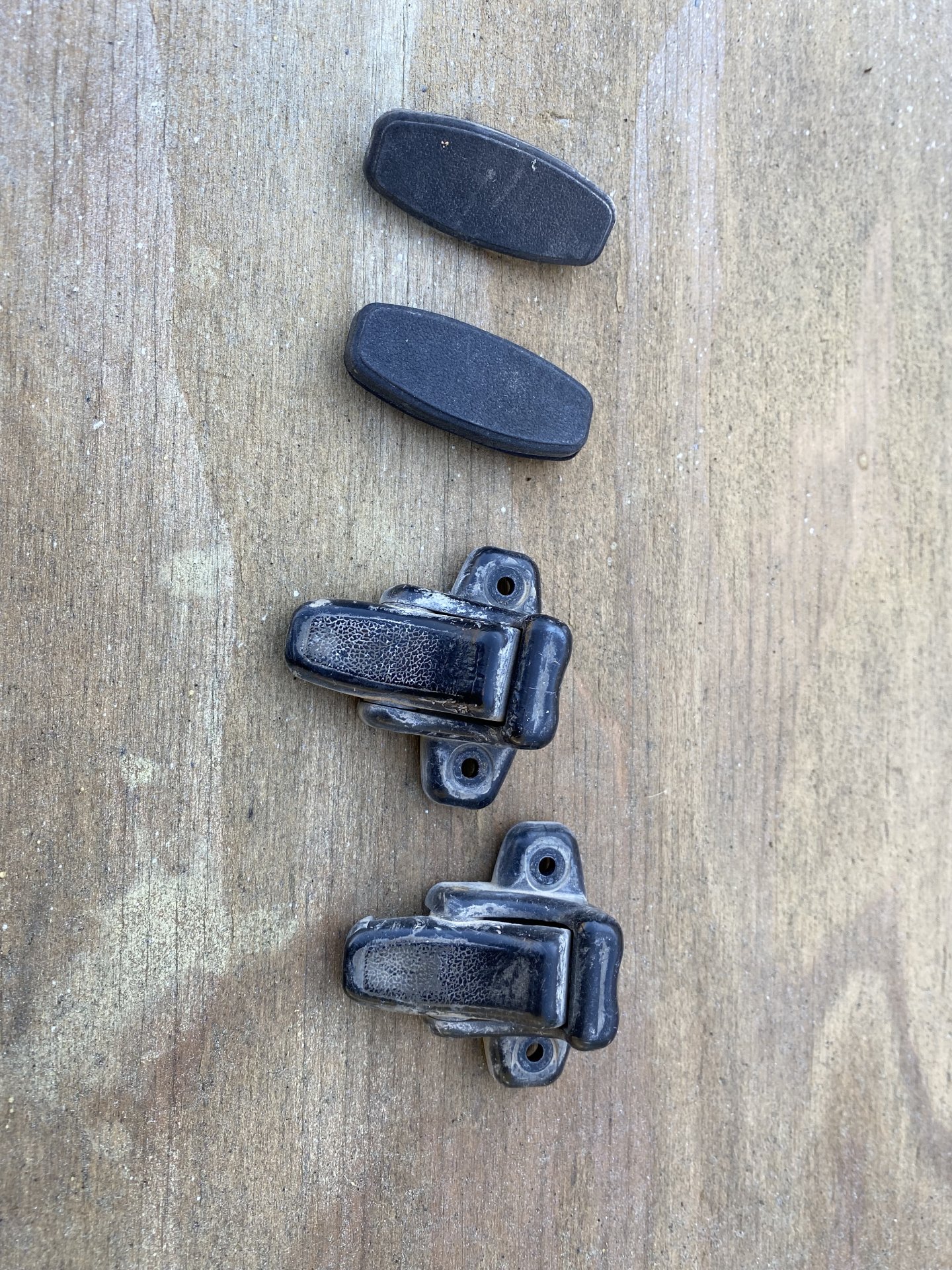 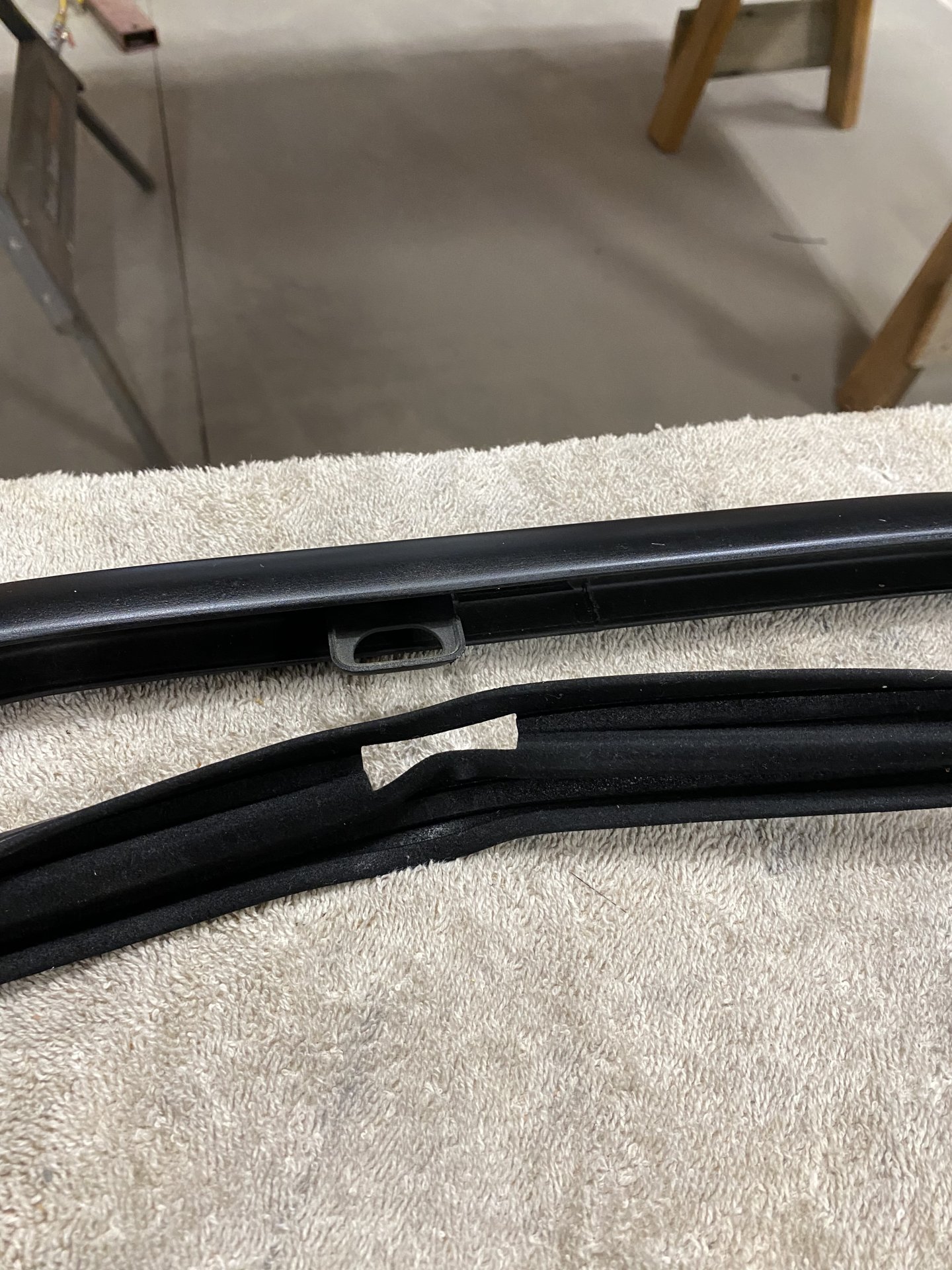 Finally I installed the outer weatherstripping. Let it warm up before the install and start at the top making sure that the inner leg presses into the opening around the frame and then it slides and locks under the frame edge itself. I did see some people put the weatherstrip on before installing the window but to me that seems like more work.

My glass was covered with some nasty old window tint and other crud so I had a lot of scraping and then I use some 0000 steel wall with window cleaner to get them nice and shiny.

If you are painting your frames make sure to do all sides because some of the inner channels are visible from inside the vehicle. 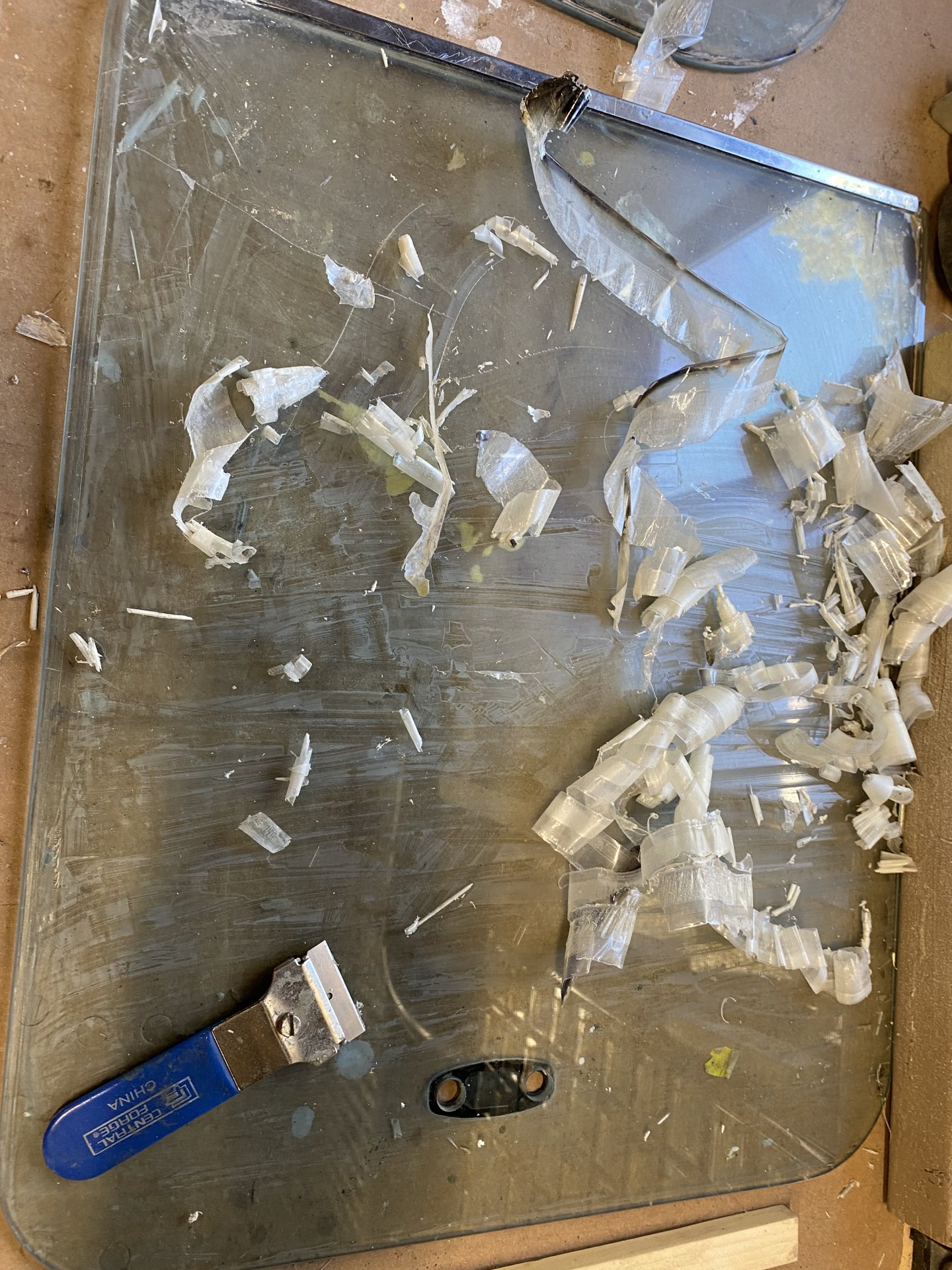 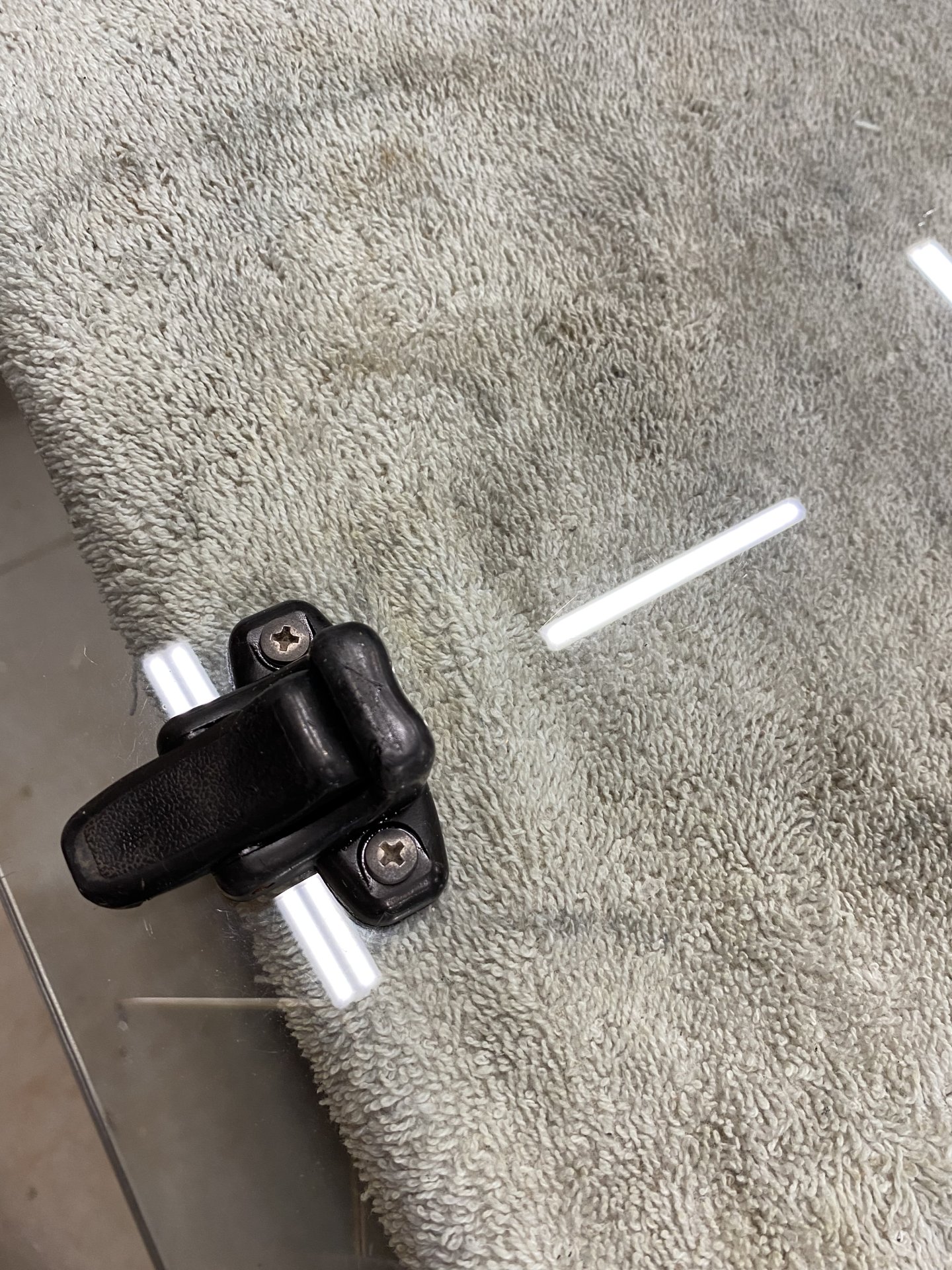 Very helpful. I foresee myself there in the not too distant future. Maybe.
You must log in or register to reply here.