Here's my disclaimer. I never planned to start a rust repair thread, because I don't have much to offer that you haven't seen before. Rust isn't new, and I didn't think there would be any interest. However, a couple of my Cruiserhead friends thought the story of my "ultimate truck" purchase and subsequent repair woes was entertaining, and might even be helpful to any newbie flirting with the idea of joining the 40 cult. So here we go, the long version, a tale of several 40's ending with my 1982 Rustbucket, with lots of pics. Buckle up.

Background. I owned an FJ40 during my last two years of college. I drove that little truck all over West Texas, New Mexico, and Colorado in every conceivable weather condition, everything from blistering Summer heat to Winter blizzards, and never made any attempt to keep up with maintenance. There must have been occasional oil changes, but nothing more. What can I say, I was a dumb college student with limited funds and other things on my mind. Despite the abuse and neglect at my hands, the 40 never failed. I believe it was a '66 or '67, a real plain Jane, and I didn't think of it as anything special. It was just a utilitarian vehicle that always fired right up and took me where I need to go regardless of road conditions. I foolishly sold that 40 when I joined the Navy. Thirty years later, after working my way through a succession of Porshes, Audis, and BMW's, I finally got smart and in 2000, bought an FJ62, which I still own. And then, 5 years later...

I'd never even thought about buying another FJ40. Until 2005. That's when the 40 sickness hit, and it's all Yooper's fault. Yooper, and his brother Uncle Meldon. Early in '05, Yooper started searching for a rust free 40 for Uncle Meldon. He found a nicely built '76 for sale on MUD, located in Austin, and asked if I had time to check it out. I looked it over, thought it was a solid truck and a good buy, and gave it a green light. Uncle Meldon bought the truck sight unseen, based on Yooper's and my recommendations, and in March, 2005, I took temporary custody of his new 40.


Pics of that truck--taken at Billy's, the official WALCS watering hole, circa 2005.​ 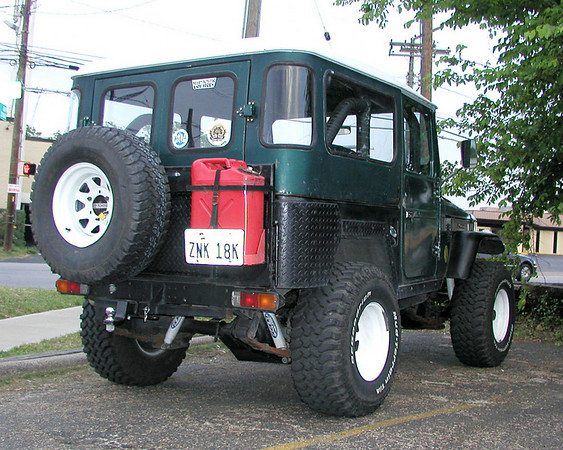 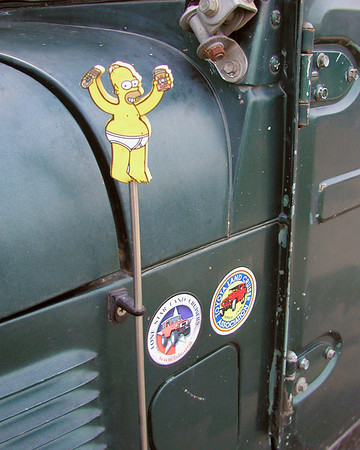 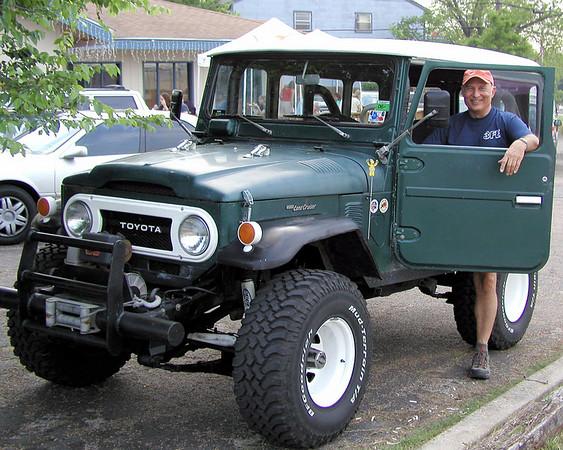 “We shall never achieve harmony with the land, anymore than we shall achieve absolute justice or liberty for people. In these higher aspirations the important thing is not to achieve but to strive.”
— Aldo Leopold

Sully73FJ40 said:
Keep bringing on the history you old fart....
Click to expand...


So you couldn't catch any fish?

I'm just gettin' started on this tale...
Sea Knight
75 FJ40/82 FJ40/90 FJ62
**Saving The Old Rustbucket**
WALCS-Billy's Chapter www.WALCS.com
"Sea Knight? I don't get it. I think the guy is a total dick." --Atticus
If the wings are traveling faster than the fuselage, it's probably a helicopter, and therefore, unsafe...Fly Navy!

Still out here swaying back n forth waiting for my bobber to slip below the surface!

“We shall never achieve harmony with the land, anymore than we shall achieve absolute justice or liberty for people. In these higher aspirations the important thing is not to achieve but to strive.”
— Aldo Leopold

So after the aforementioned Yooper brother, AKA Uncle Meldon, decided to buy the Austin 40, Yooper casually mentioned that his brother lived in Kona, Hawaii. I made a flippant remark, something to the effect of: "Now that I've done the inspection, I suppose he'll expect me to drive the 40 to Hawaii for him." A few days later I get an email from Uncle Meldon. "I've decided to take you up on your offer to drive my new ride to Hawaii." I'd known Yooper for years, but had never met his brother. I learned that he was chief engineer on a yacht, and would be at sea for several weeks, maybe months. The proposal was that I'd drive his 40 from Austin to Seattle, ship it to Hawaii, fly to Kona and pick up the truck at the port in Hilo, park it in his garage, and fly back to Austin. While the 40 was in transit, I could hang out at his beach house. Only a fool would have refused this deal so naturally I signed on. In April 2005 I took off for Seattle, a road trip which proved to be the adventure of a lifetime. There would be unplanned delays, several of them--a monsoon rain somewhere in Oklahoma, a road closure in the wilds of New Mexico, a clutch failure in Colorado, and a major Winter blizzard in Wyoming. Even with the delays I somehow made Seattle on time and hooked up there with another old friend, Landpimp, who was kind enough to follow me to the shipper and provide a ride back to SeaTac in his new 100. I languished in Seattle for a few days before departing for Kona, and got to spend time behind the wheel of Landpimp's legendary '82 40. After several weeks on the road in Uncle Meldon's '76 and a couple of days motoring around Gig Harbor in Landpimp's '82, the 40 virus had quietly established a foothold in my brain. I didn't know it at the time, but I was toast. 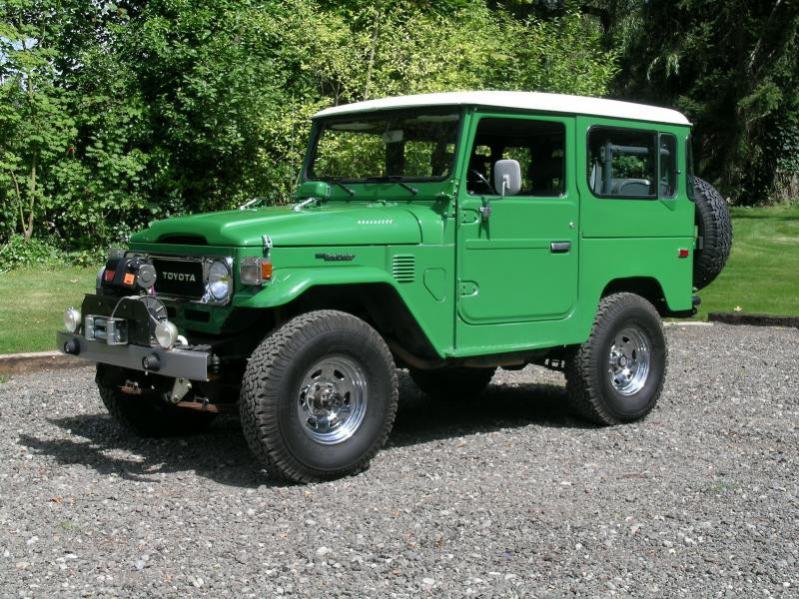 Don't go leaving out the parts about the co-ed in Colorado, or the naked pool lady in Hawaii

tucker74 said:
Don't go leaving out the parts about the co-ed in Colorado, or the naked pool lady in Hawaii


You tryin' to get me banned?

Maybe I'll include a cleaned up version.

Hey, it's Friday and beer thirty. Back later...

Sea Knight
75 FJ40/82 FJ40/90 FJ62
**Saving The Old Rustbucket**
WALCS-Billy's Chapter www.WALCS.com
"Sea Knight? I don't get it. I think the guy is a total dick." --Atticus
If the wings are traveling faster than the fuselage, it's probably a helicopter, and therefore, unsafe...Fly Navy!

It's like when you start watching a good show and they cut to commercial... I have to see how it ends. (Subscribed)

It does seem to be a cruiser story that has gotten better with age, mIke
Mike Hanson

Location
Ca./S.C. Now living in the Philippines Moving back

That Cruiser is why I wanted my BJ42 so bad I love that color
... There's a lot of folks in this forum with good info to share. and a lot with very little to base their very strong opinions on...

Stupid people deserve to be defrauded. It's economic Darwinism.

dgangle said:
when you gonna get to the story on the red 40 that you were driving back to TX when we met in Birmingham a few years ago?
Click to expand...


Dave, you have a phenomenal memory. I'm not gonna leave that out. It may be a few chapters away, but it'll be there. Stand by, Sir.

This story was better the first time I heard it. Wait! Let me get a beer!

B
Introduction - Meet the "Old Girl"