Well, I guess my love affair with the Toyota Land Cruiser started out by actually wanting a mini. When I was 14 years old (that's 24 years ago) I went hunting with my dad and his buddy. He had a 4runner. I was young so forgive my oversight but that 4runner seemed to be able to go anywhere. My dad's buddy was pretty red neck (although enlightened enough to have a Toyota) so it was a blast just getting to where we would start hunting. So I have always had my eye out for a Toyota 4x4.

I got a little sidetracked for a while on Mercedes G-wagens but I came back to the true calling in April 2006 when I found 'MUD. In January 2007 we had enough money together to buy an FJ60 and we needed one. At the time we lived in Davis, CA and we drove home to Oregon a lot. We needed a 4x4 to make it over the mountain passes in the winter. Our little RAV4 with front wheel drive wasn't cutting it. So I found a 1984 smurf blue FJ60 on criagslist in Sacramento. The thing was pristine. There was no rust. The paint was in great shape. People keep asking me if it has been repainted. It hasn't although now I have put a few big scrapes in it. It just had an exhaust leak at the EGR pipe.

Here is how it looked after I bought it but before I did anything to it. 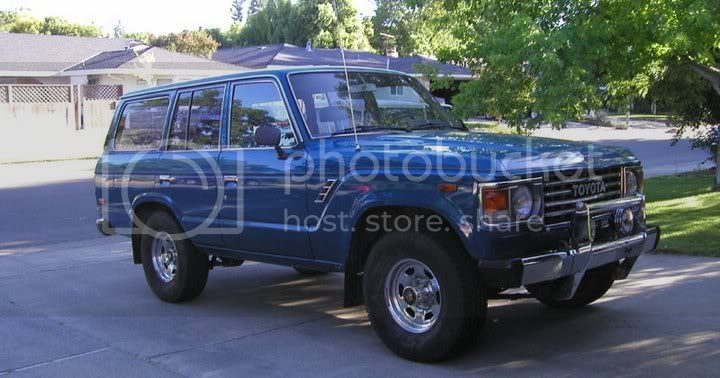 I took it on some fire roads and made a "deep" water crossing (for me at the time with open diffs all by my lonesome.) 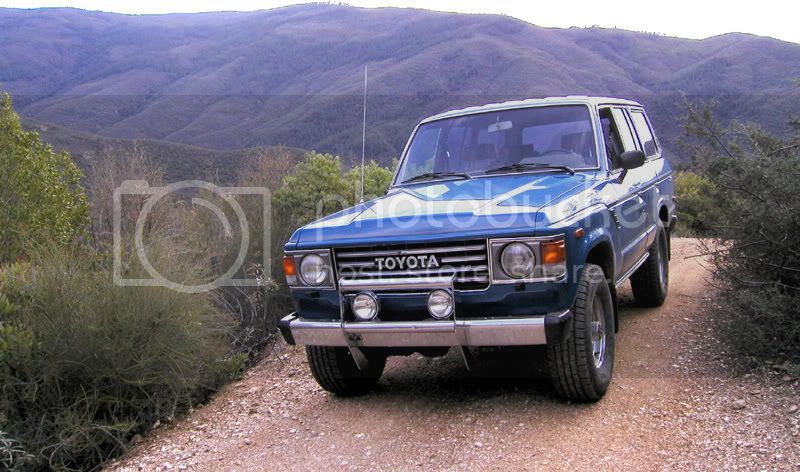 I also take my dog to work with me so the Land Cruiser is a good dog hauler. 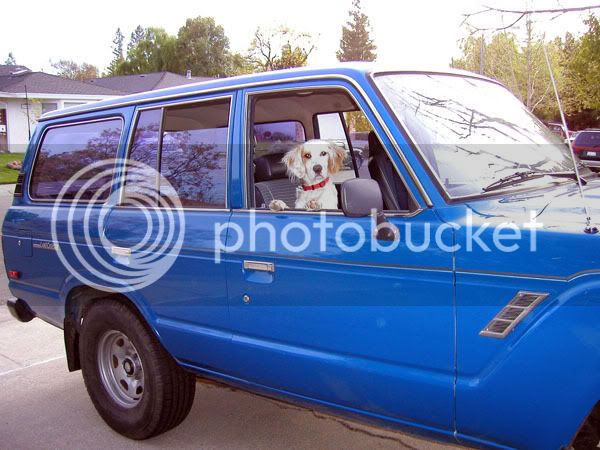 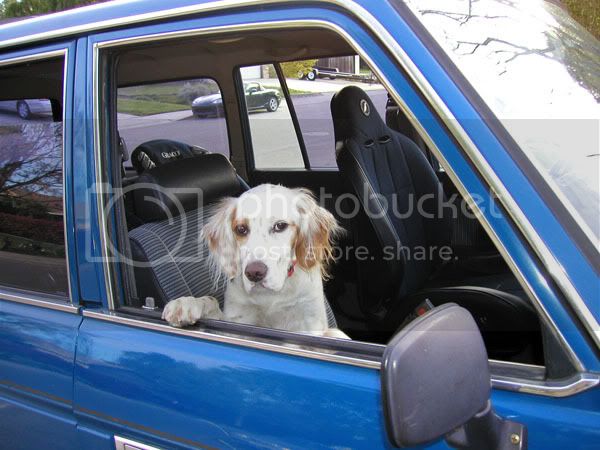 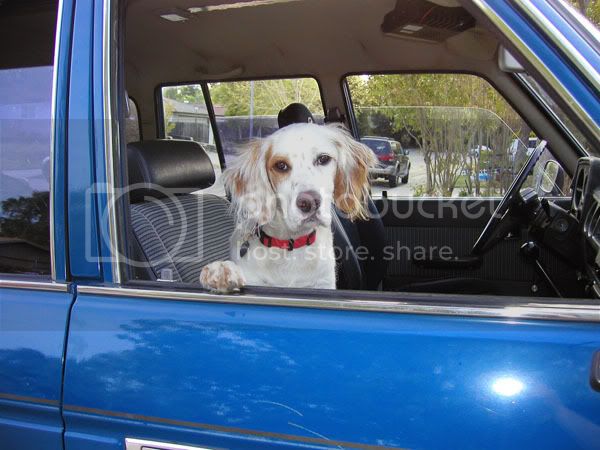 Oh, one of the first things I did was get a new driver's seat. I have back problems and I couldn't actually drive the Land Cruiser with that crappy worn-out driver's seat. I got a Corbeau seat that I love. It really gives my back some good support. It's a little hard getting in and out of (just a little) but once you are in, you are nice and snug.

So the first thing to fix was the EGR exhaust leak. I hadn't worked on trucks since high school and even then I wasn't very good at it. But with the help of everyone here on 'MUD and a couple mechanic friends that I found locally through 'MUD I was able to tackle this task. Although it took a while to get it done. For the EGR fix, I got the SOR stainless steal EGR pipe. Well, they sent me one that was two inches too short. That was a little frustrating. They finally corrected it after about six months of waiting. Here is my write-up of my EGR fix -

Well, that is how I got started. Here are the mods for how The Iron Mule is now:

In June 2007, I went to Rubithon and just hiked along and took pictures of the rigs. I also took an off-road driving course on the Rubicon taught by Harald Pietschmann. Here is the Land Cruiser that I used for that course.

I'd love to get an FJ40 next. Although it will be a while, since I am paying off the diesel conversion I just did on my Iron Mule. Actually, I think I would like a BJ42 the best but I would settle for an FJ40.
Last edited: Jun 6, 2010

Here is a pic of how my Land Cruiser now sits. I still have to put the rear bumper, sliders, and snorkel on. I just got those from Jim at Solid Rock Off-Road. 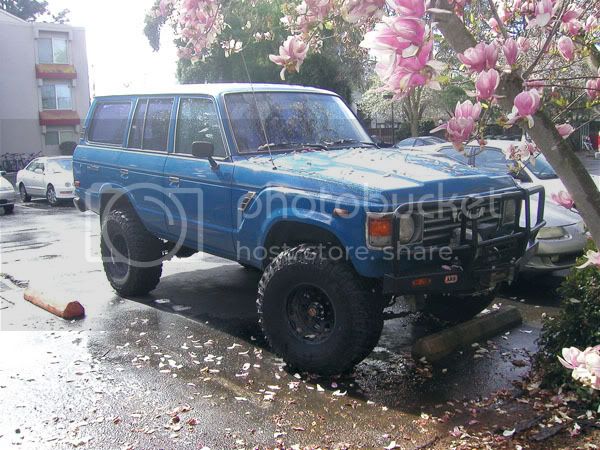 Nice Lookin 60! That thing is clean. Make sure to post pics up when you get the rest of the stuff installed!

In April 2009, I went with my son and dad with Andrew and the NorCal Wagons on a trip to Death Valley for a week. I had just done a major upgrade with Longfields, Poly Pro in the rear, 4x4labs 1-ton steering, etc. I had taken it to Les Schwab to get a front end alignment before I went. They forgot to tighten the nuts on the steering so when I went off-road, the wheels went spread eagle. Those are some huge nuts for the steering and I didn't have a wrench that would fit them. Neither did Andy. Luckly Doug had some huge wrenches so we could tighten the nuts down. But the alignment was really off. By the time I was done with Death Valley my almost new tires had gone completely bald. I was a little pissed. I got Les Schwab to get me two brand new tires. I had to threaten to sue them but they did finally give me two new tires. Which in the end, I ended up better than I started since I had got a screaming deal on them as used tires off of Pirate.

Here are a few pics from Death Valley. 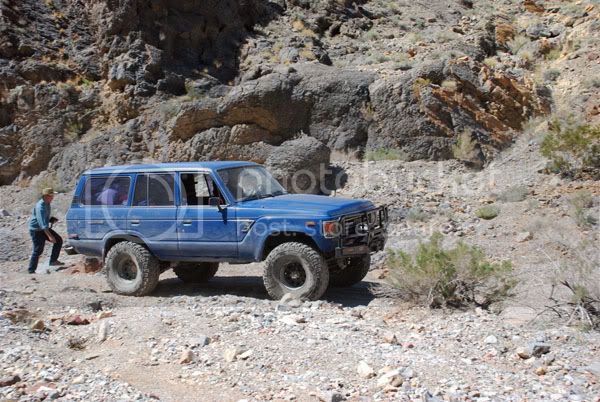 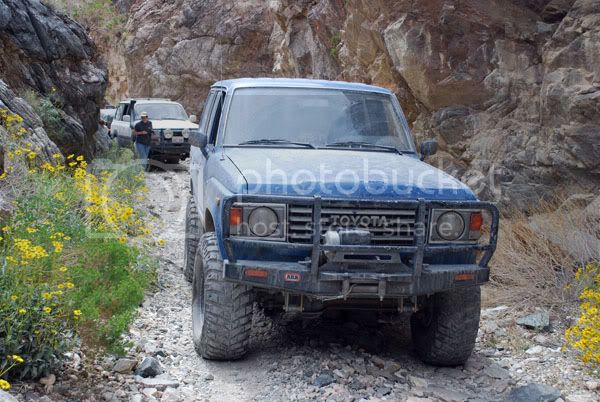 Death Valley was a great trip. My son, my dad, and I all reallly enjoyed it. My dad liked it so much that he went home and bought a 1997 FZJ80 with lockers. I've been driving it while my '60 has been in the shop getting the diesel conversion. It is a nice ride. We took it to Silver City, Idaho and the e-lockers worked very nicely. His is the black one in the back. 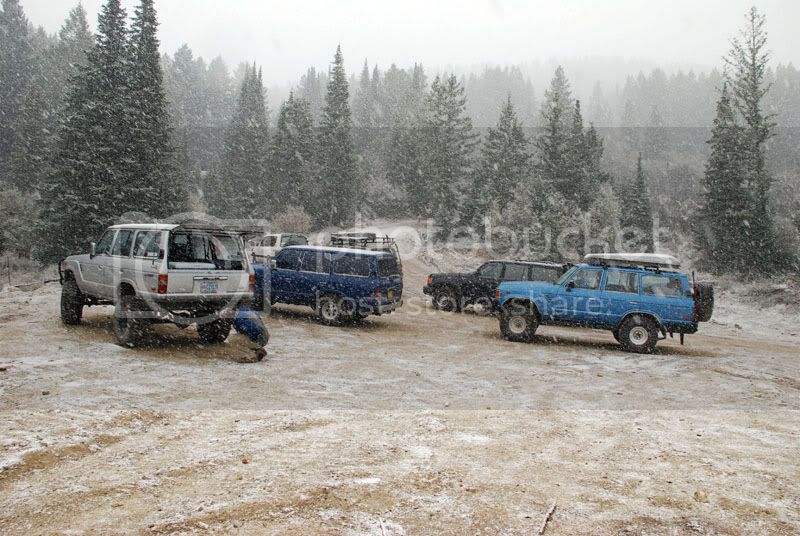 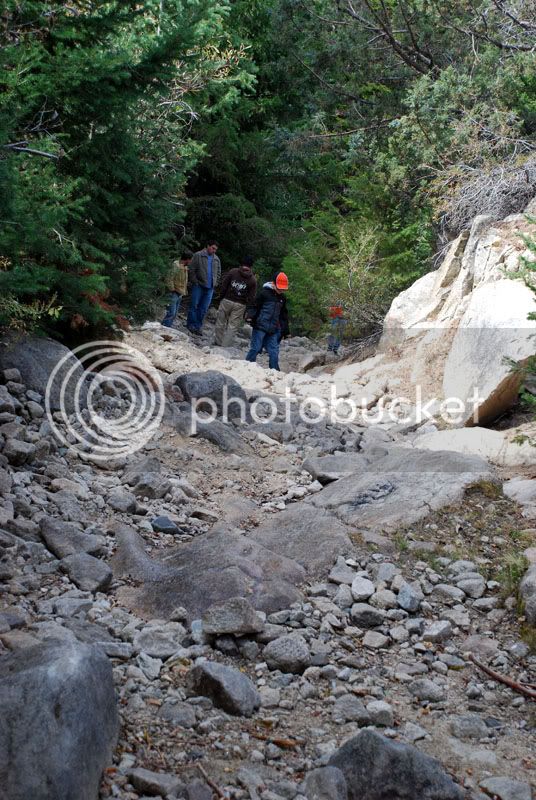 One of the things I learned from Death Valley, besides the alignment issue, was that I didn't like having an Aussie locker in the front. I couldn't make the tight turns on the switchbacks and I would have to backup in order to make it around each turn. So I have put in an ARB locker with a large air compressor so I can now also air up my tires after airing down. I hope the switch from Aussie to ARB locker in the front will make turning much easier. I love the Aussie in the rear. No problems with it on pavement and it really works off-road.
Last edited: Jun 6, 2010

So my heater core started leaking. I had one of the most fun jobs to tear apart my dash and replace the heater core. Here is how the dash looked part way through. 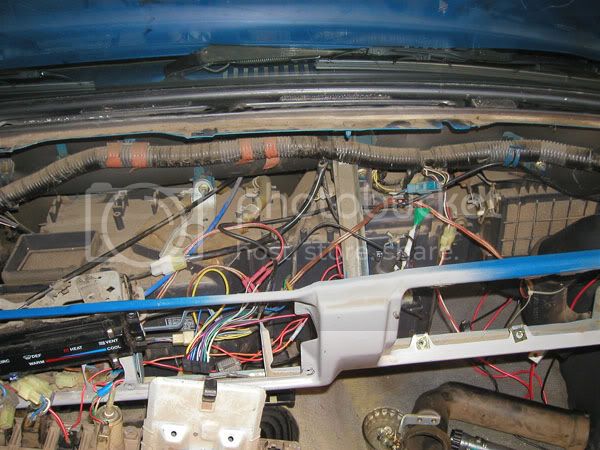 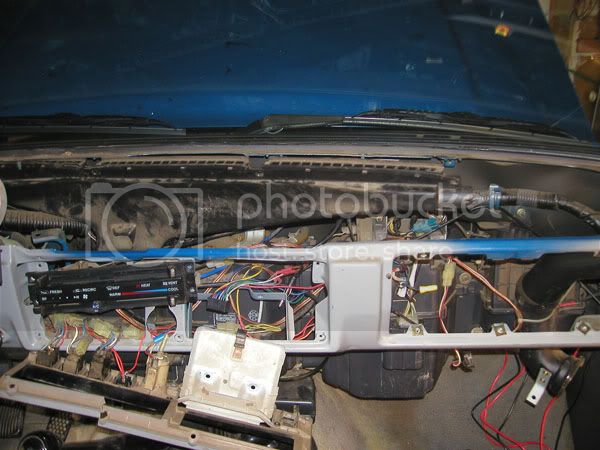 Here is the thread I created that showed what I went through. They gave me the wrong heater core to replace the old one. The tubes were the wrong size and they wouldn't connect. I finally got the right heater core and had the tubes welded to the heater core so they won't leak at the o-rings. But after Death Valley, the passenger side floor was wet again. I had David, my mechanic that is finishing the diesel swap, check the heater core and he said that it isn't leaking so hopefully the welds have not cracked.
Last edited: Jan 29, 2011

In May I was going to go on the Wentworth Springs / Rubicon trip with the NorCal Wagons but there was too much snow so the trip was canceled. But my dad, my son (who is 8), and I are going on the Alaska Cruiser Trek. We leave on June 18 to take the ferry up. The Trek goes from June 26 - July 5. Ten days in the most remote part of Alaska, crossing rivers, and going through mountain passes. We are very excited to be making this journey. I'll post pictures to this thread when I get back, so stay tuned. I have actually been to very remote parts of the world - Alaska, Canada, & Antarctica - for my work but I haven't crossed rivers where the water comes over the hood before. It should be an exciting time for the three of us.
Last edited: Jun 6, 2010

I guess the other thing that I am very excited about is the completion of my diesel swap. I got an amazing deal on a 12HT/h55/t-case. I did some finaggling and got a late-model manual t-case with the 2.32 gears since the t-case that came out of the New Zealand HJ61 was vacuum activated. My dad and I started the swap in June 2009 down in Davis, CA. We got the 2F pulled and the 12H-T partially prepped. The 12H-T was 24V and we converted it to 12V so that it would mesh with the rest of my 12V FJ60. It would have been nice to keep it 24V and have the 24v starter, which is supposed to be awesome but in the end it is simpler if we had both the engine and the body all one voltage. Here are some crappy cell phone pics of us pulling the engine. 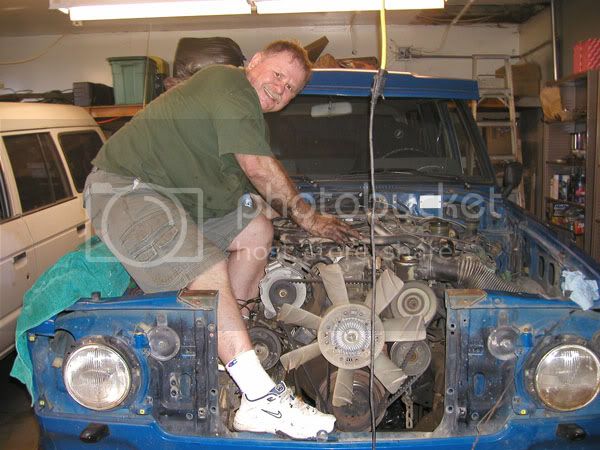 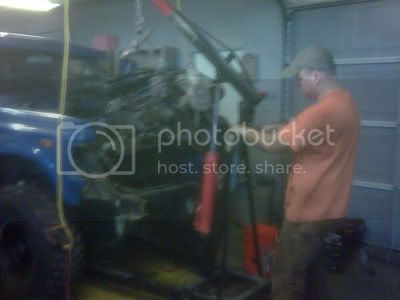 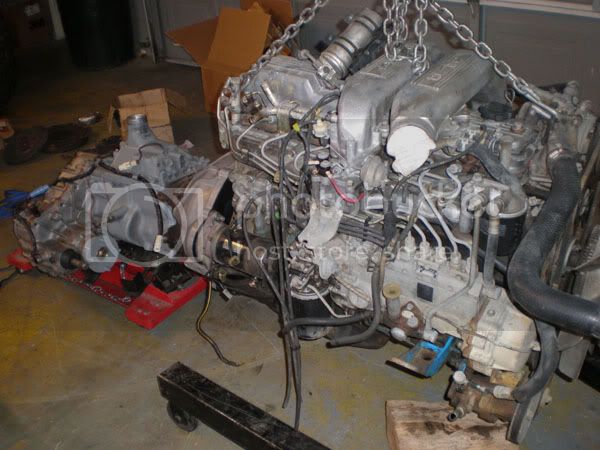 Here is the thread for the diesel swap -

So after many delays and a couple of snafus, David (iron_giant) has finished the diesel swap that my dad and I started. He is driving it up to Oregon this next week and we are going to put on the rear bumper, sliders, and snorkel. He says that it hauls now. I didn't complain about the 2F that was in there before, although when we were driving in the mountians on the road on the way out of Death Valley, the 2F was having some major problems just trying to keep up with traffic. But overall, the 2F did fine. But the 12H-T with the turbo, now that is something I am looking forward to driving.
Last edited: Jun 6, 2010

Here are some pics of the final diesel swap. 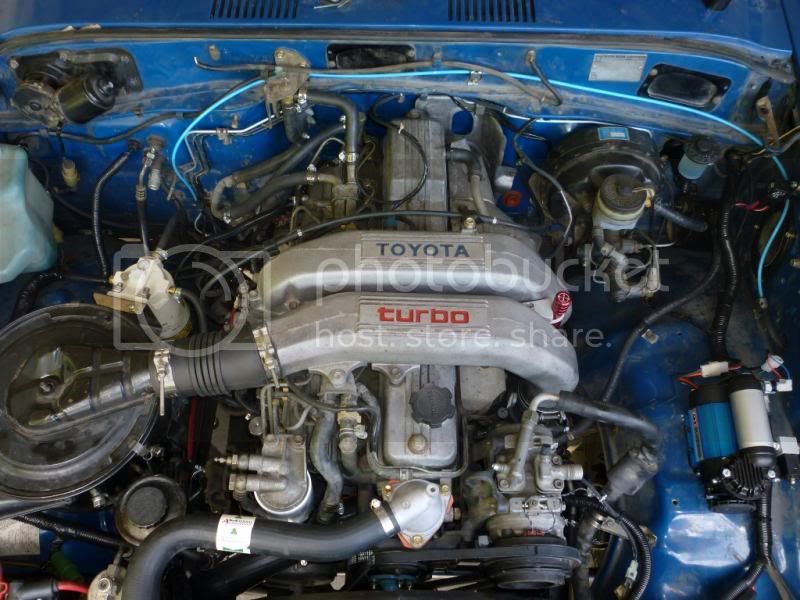 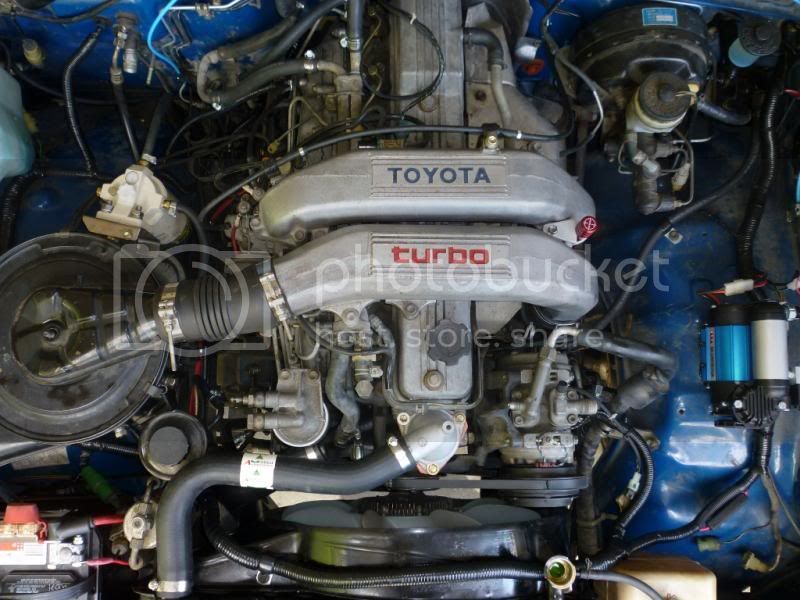 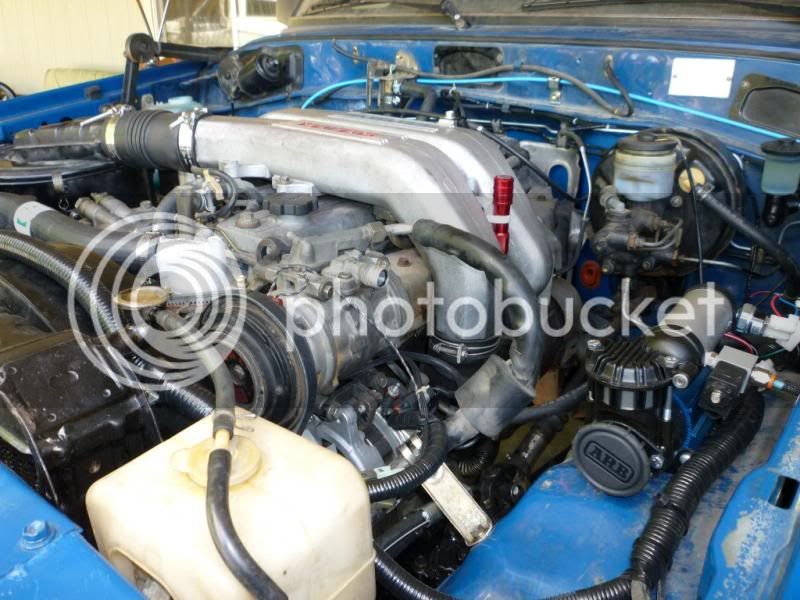 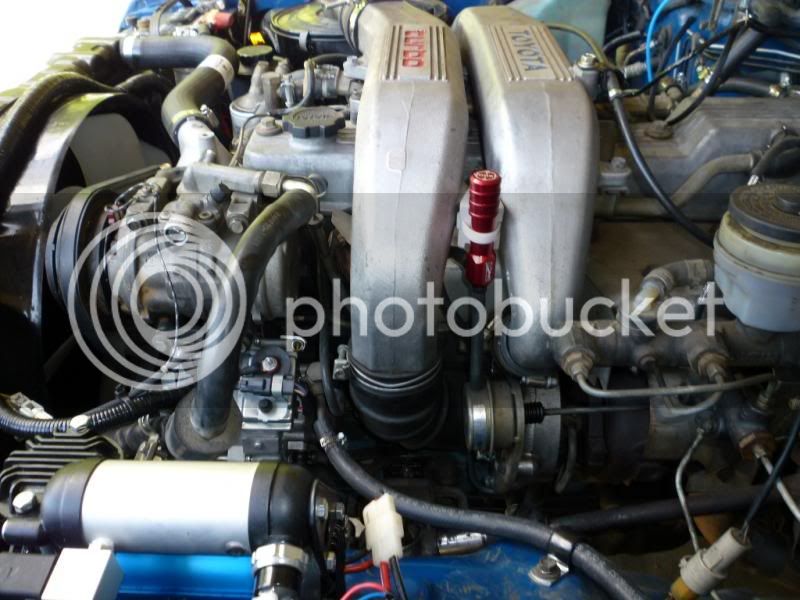 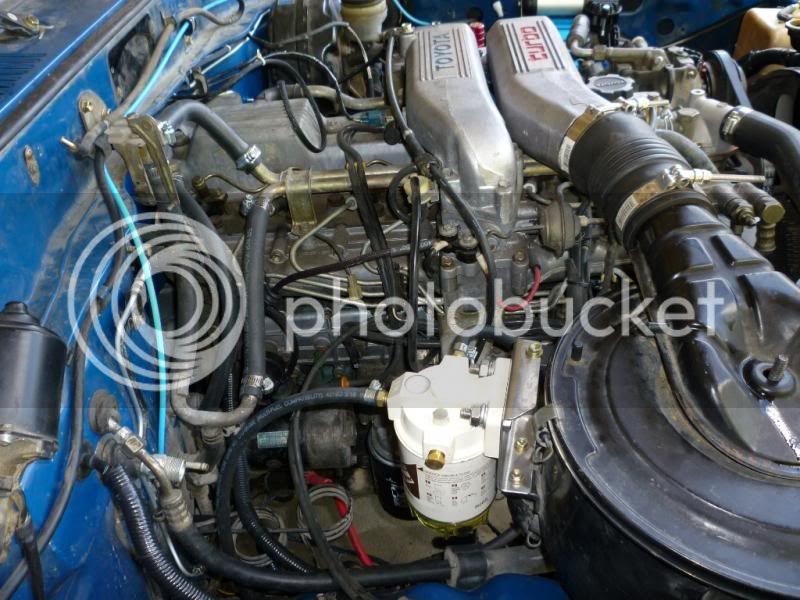 We put in a 3" straight pipe exhaust. Hope it's not too loud. 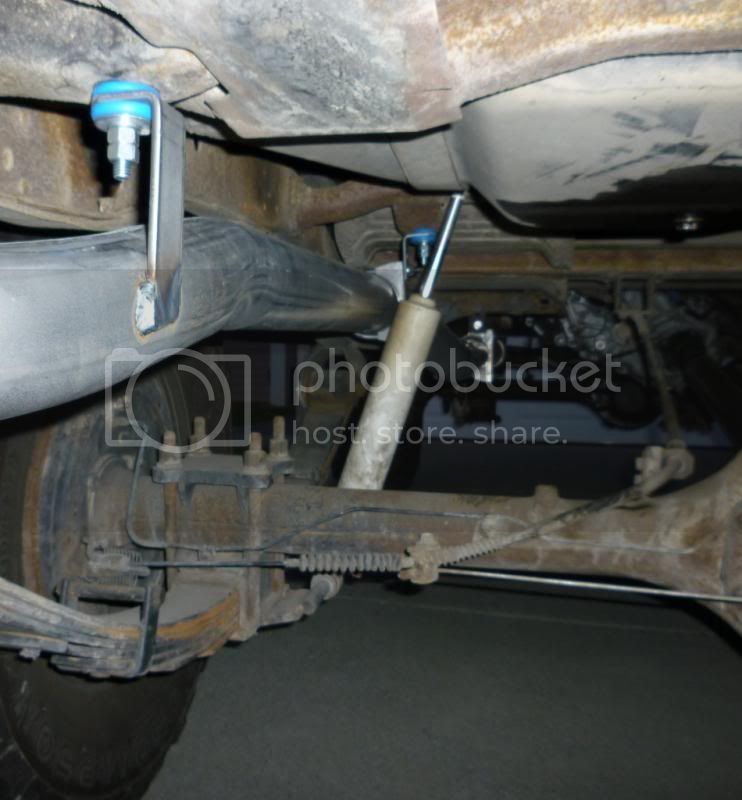 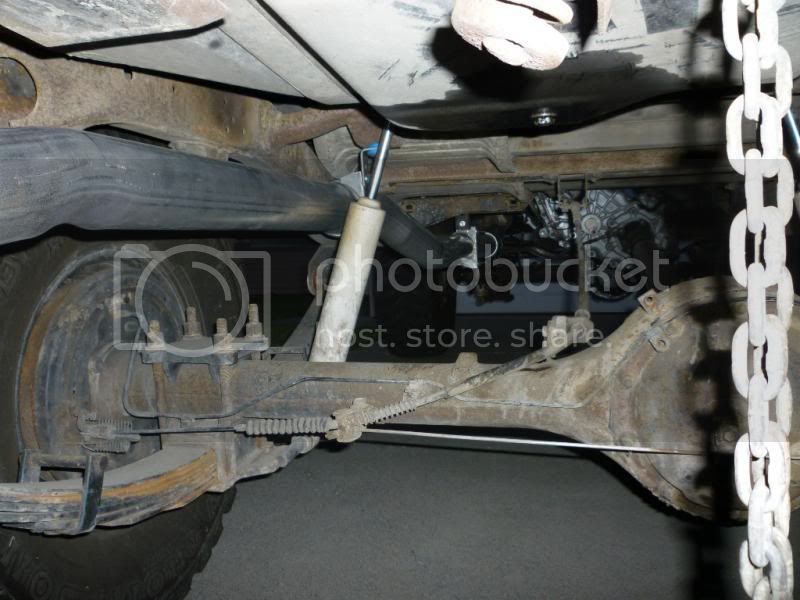 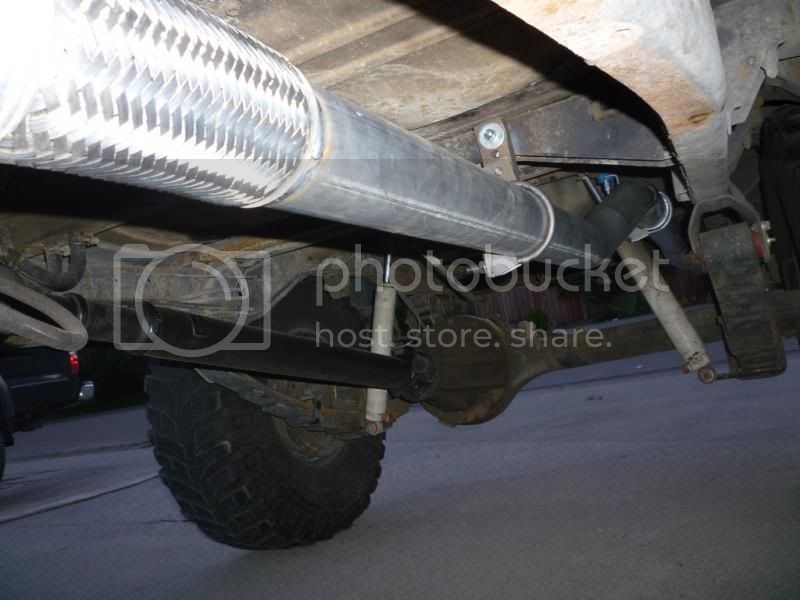 And this is how she sits now. Just a few more mods and we are ready to go to Alaska. 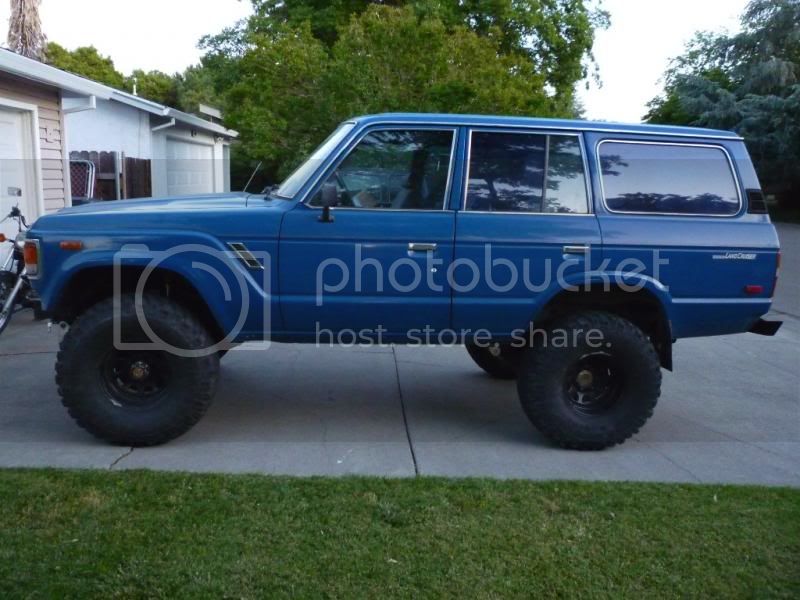 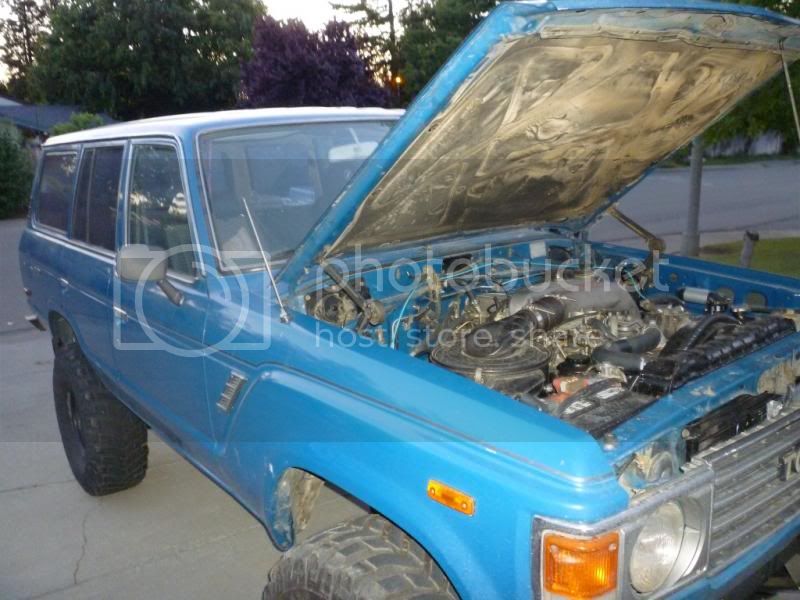 I think the final mod I would like to do is put in a Toybox. The diesel swap kind of ate up all of my money. I was hoping that after the swap I would still have enough for a Toybox but it will have to wait a while. Hopefully they will still have them when I am able to buy one. I guess the other mod I need to do is a dual battery setup. I'm waiting on money for that one too. And I have Kevin's Tailgate Storage Lid but I'd like to get the Side Panels.

That is one clean rig and I like your install, I have driven and installed several of those engines and they are a so much fun to drive.

John at Radd Cruisers has recently pulled off 30MPG on his last road trip.

That is one clean rig and I like your install, I have driven and installed several of those engines and they are a so much fun to drive.

John at Radd Cruisers has recently pulled off 30MPG on his last road trip.


That is awesome to hear. 30mpg would be amazing. I don't expect that but that is the Gold Standard. Do you know what boost he was running at?

some videos of how the diesel sounds?

Sweet rig, also love the sticker on the 40
You must log in or register to reply here.

rough idle after some mud fun