This is the thread for odd ball Toyota Tech and builds like new 4Runners, Tundras, Tacomas and Sequois
Last edited: Oct 21, 2016

My sister asked me to "fix up" her 1st Gen Sequoia for my nephew that is at the US Air Force Academy. He can't have a car until this summer but we wanted to get it ready for him to give to him at Spring Break in 3 weeks.

49 Tire jumped in to the project last week and we spent $3000 transforming it from a Mom wagon to a kick ass college truck for trips to the Colorado backcountry. 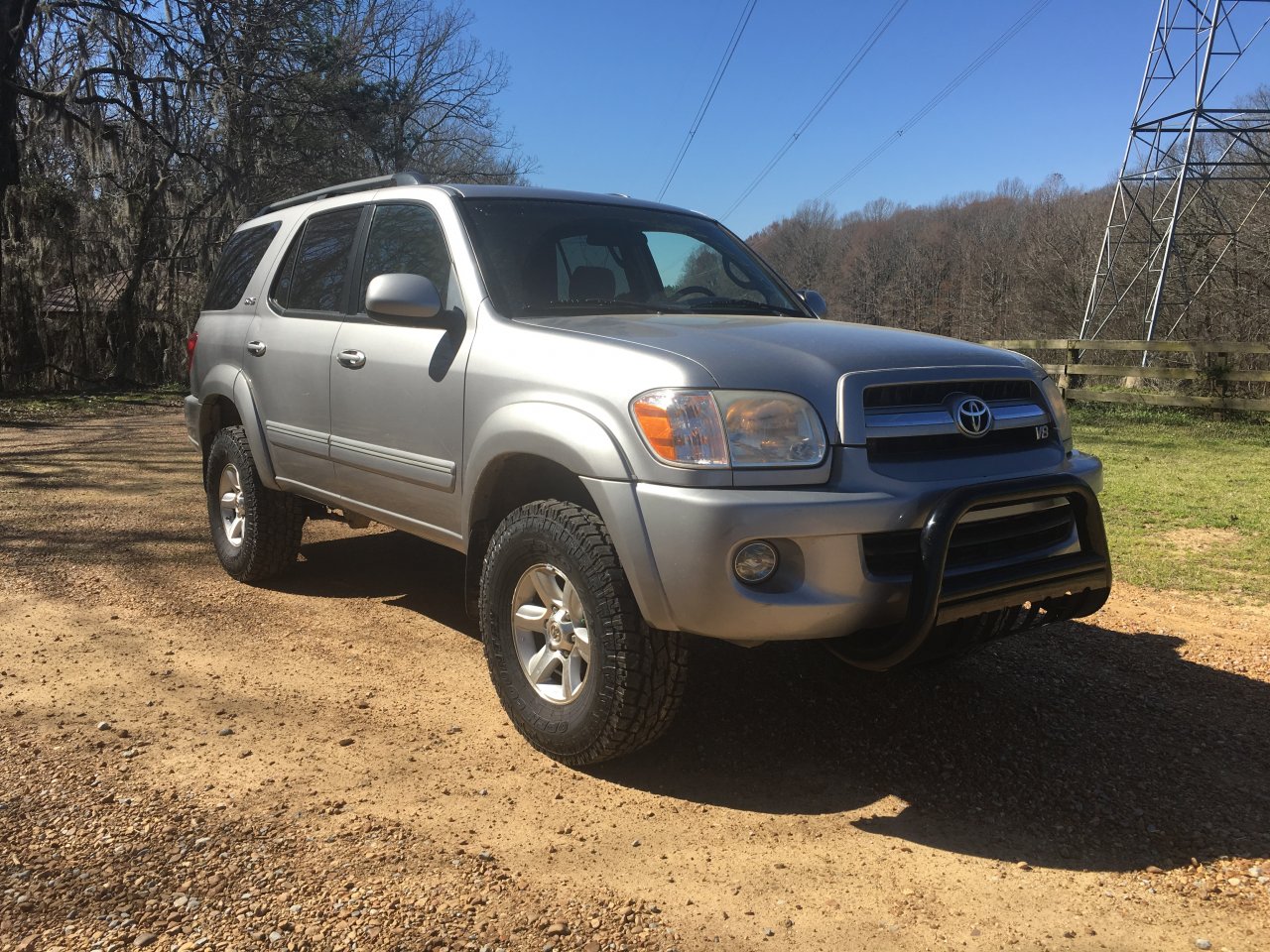 Chris installed a 3" skyjacker strut lift in the front and a OME spring/Bilsein shock combo in the back. 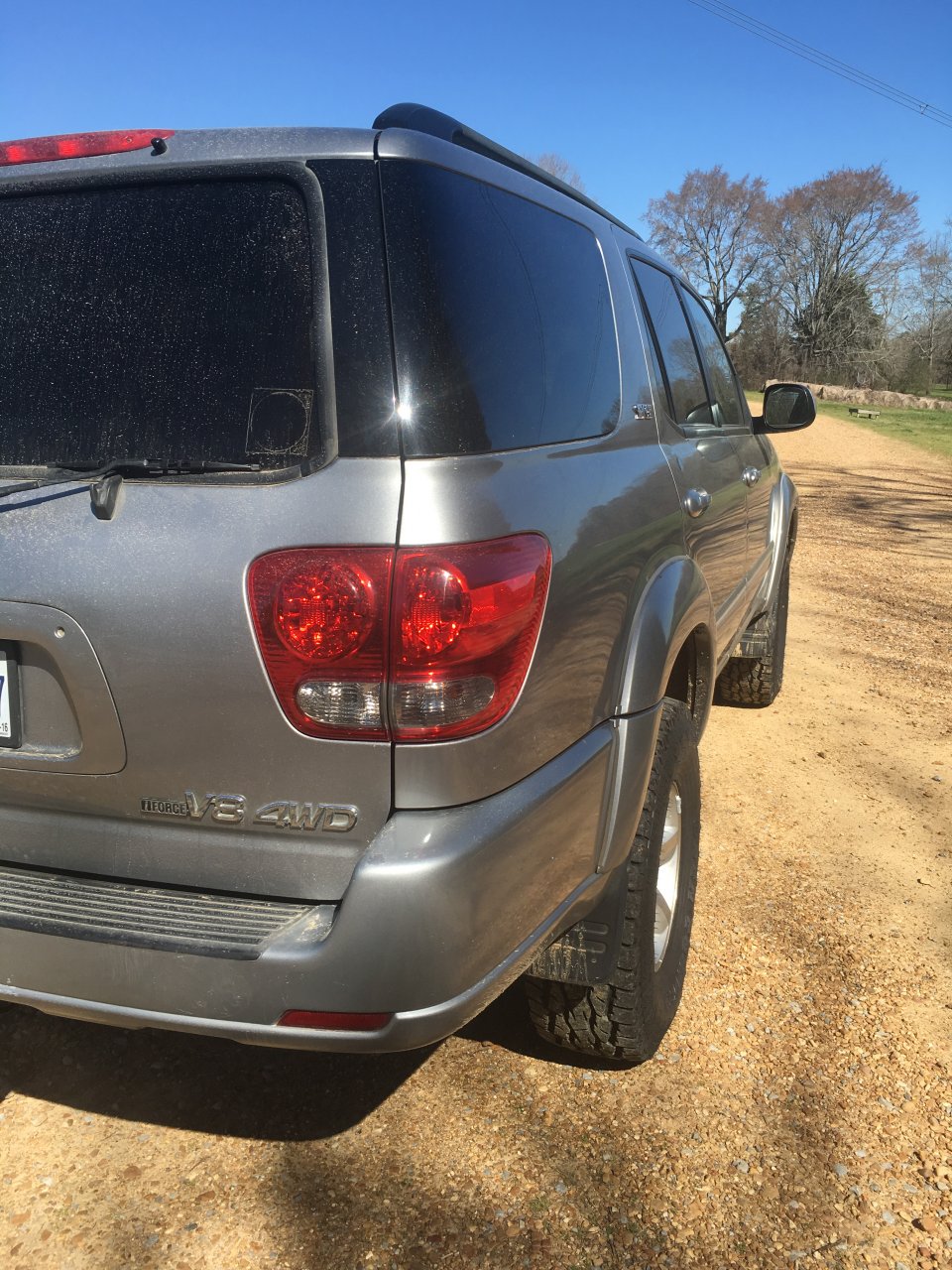 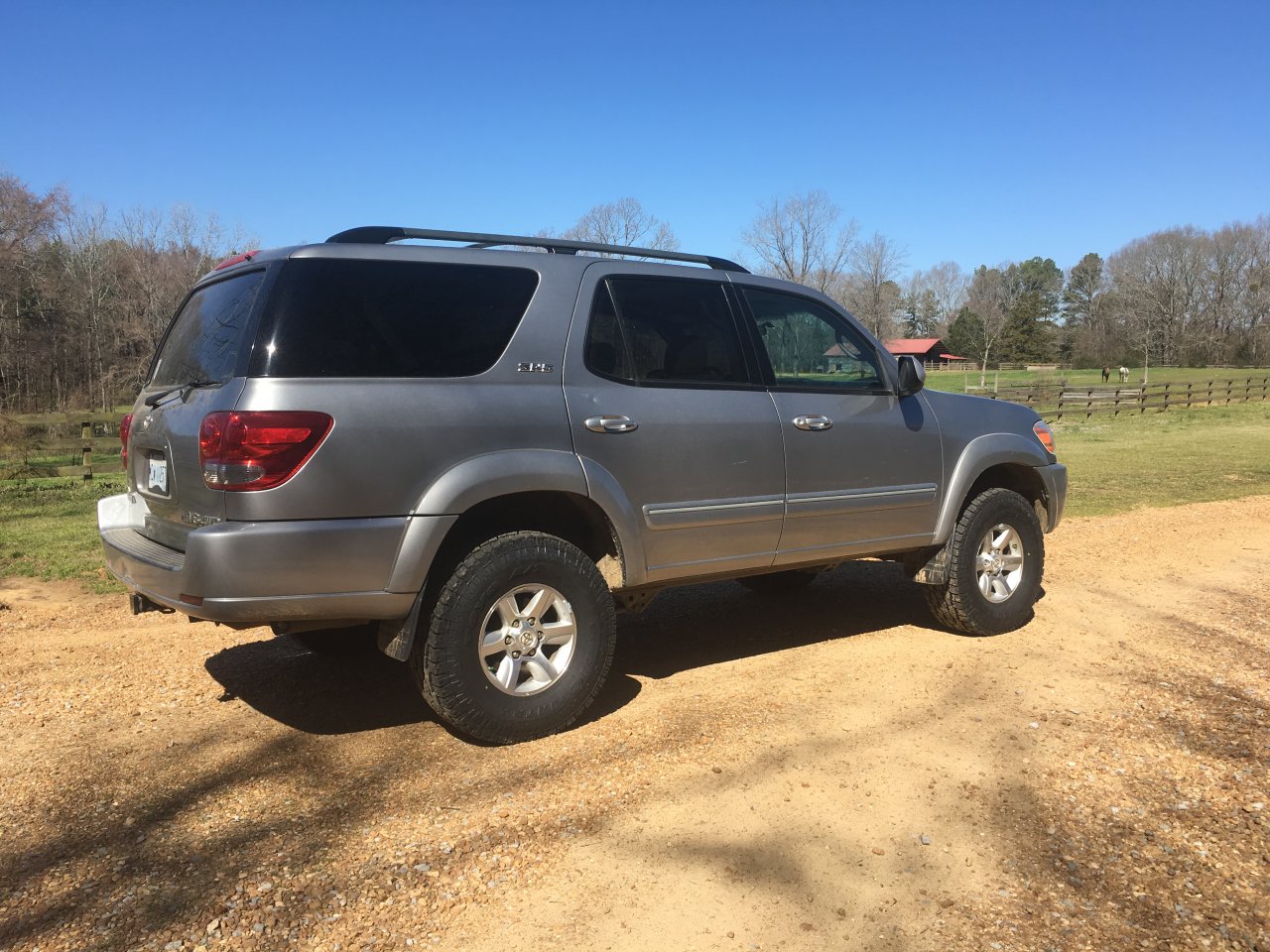 Why Toyo? Well, my sisters biggest client is Gateway. Can't have anyone but me around here rocking the boat with BFGs

Chris was nice enough to get them for me. 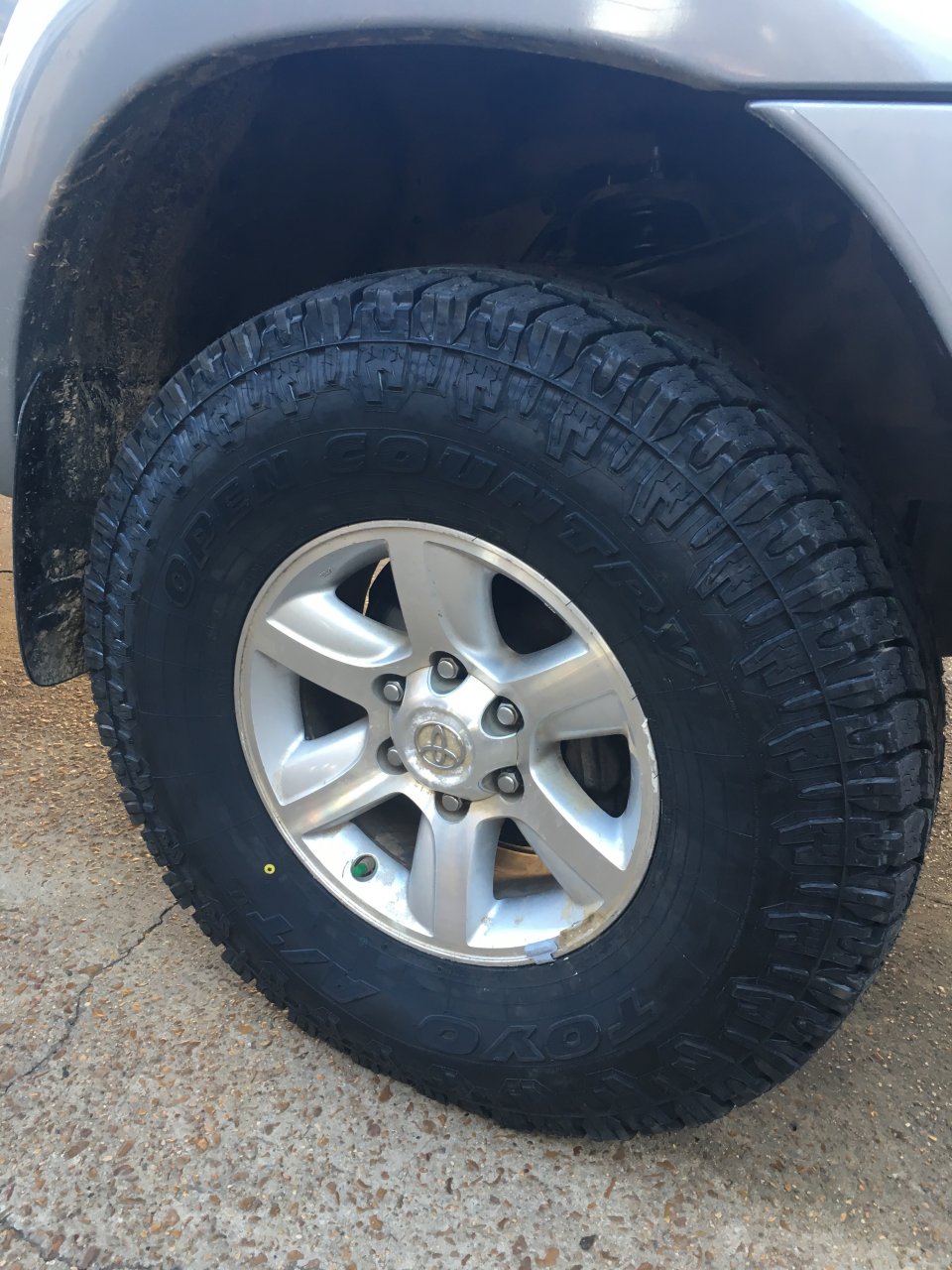 Thanks again 49 Tire for stepping outside the box. Researching a hodgepodge lift. Looking up the light bar 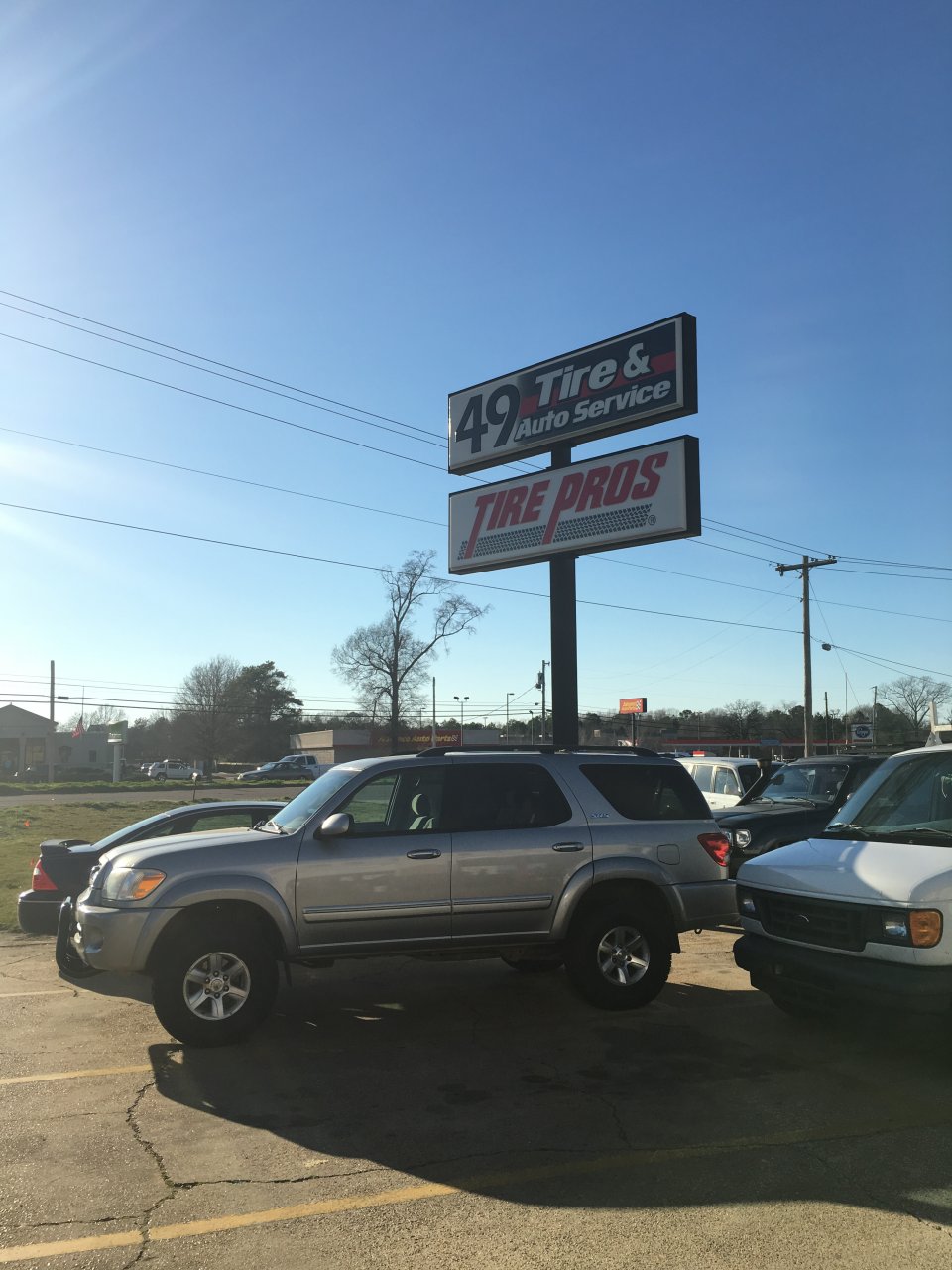 Those R/Ts are nice. That's what I'm thinking I will get if I permanently switch to 37s. 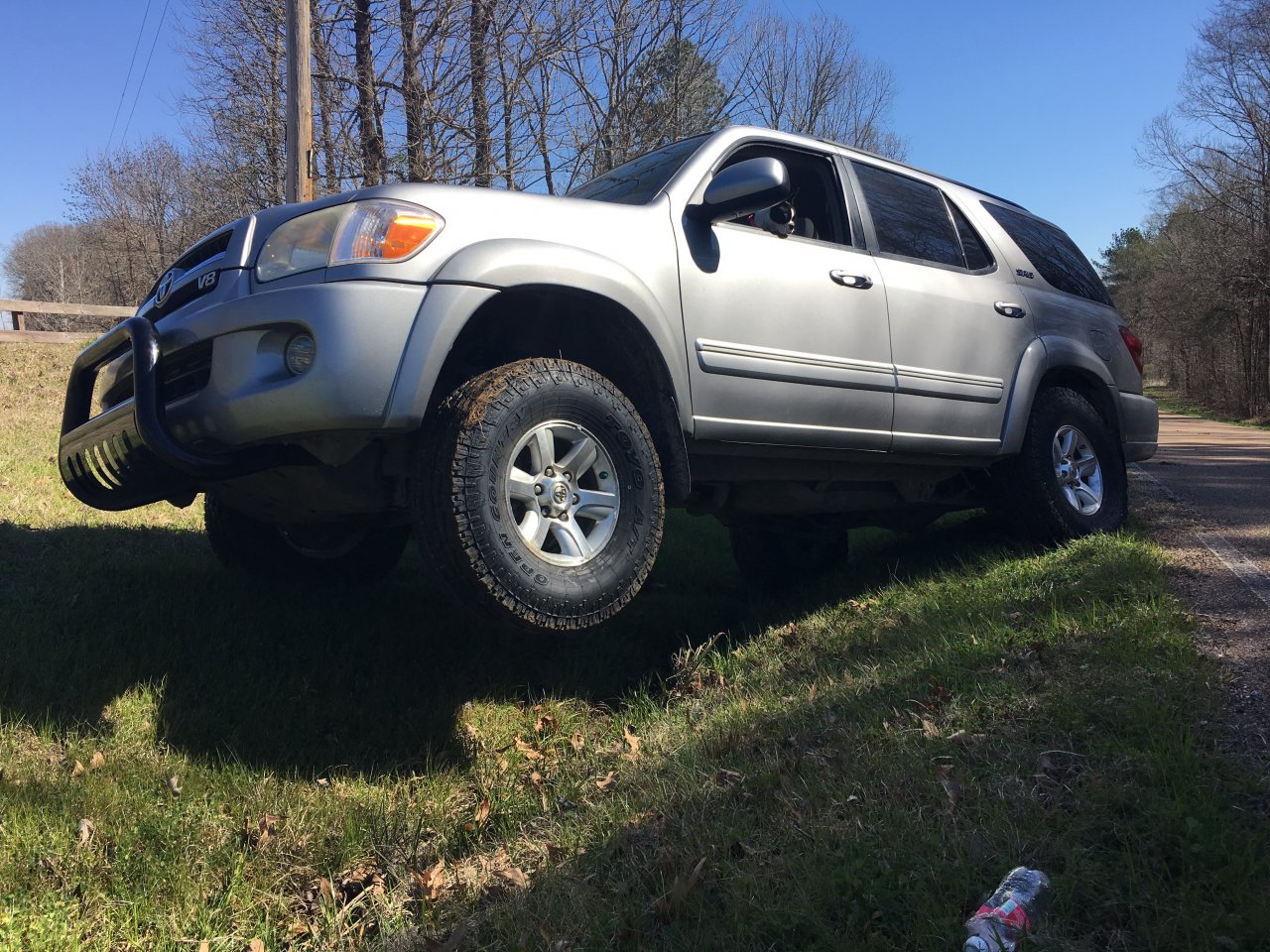 So I took it to the flex ditch to check for rubbing.

The front flexes as bad as IFS. I.E. None.

Rear doesn't flex 1/2 of what a Cruiser does. I'm assuming it has a much stiffer sway bar setup. 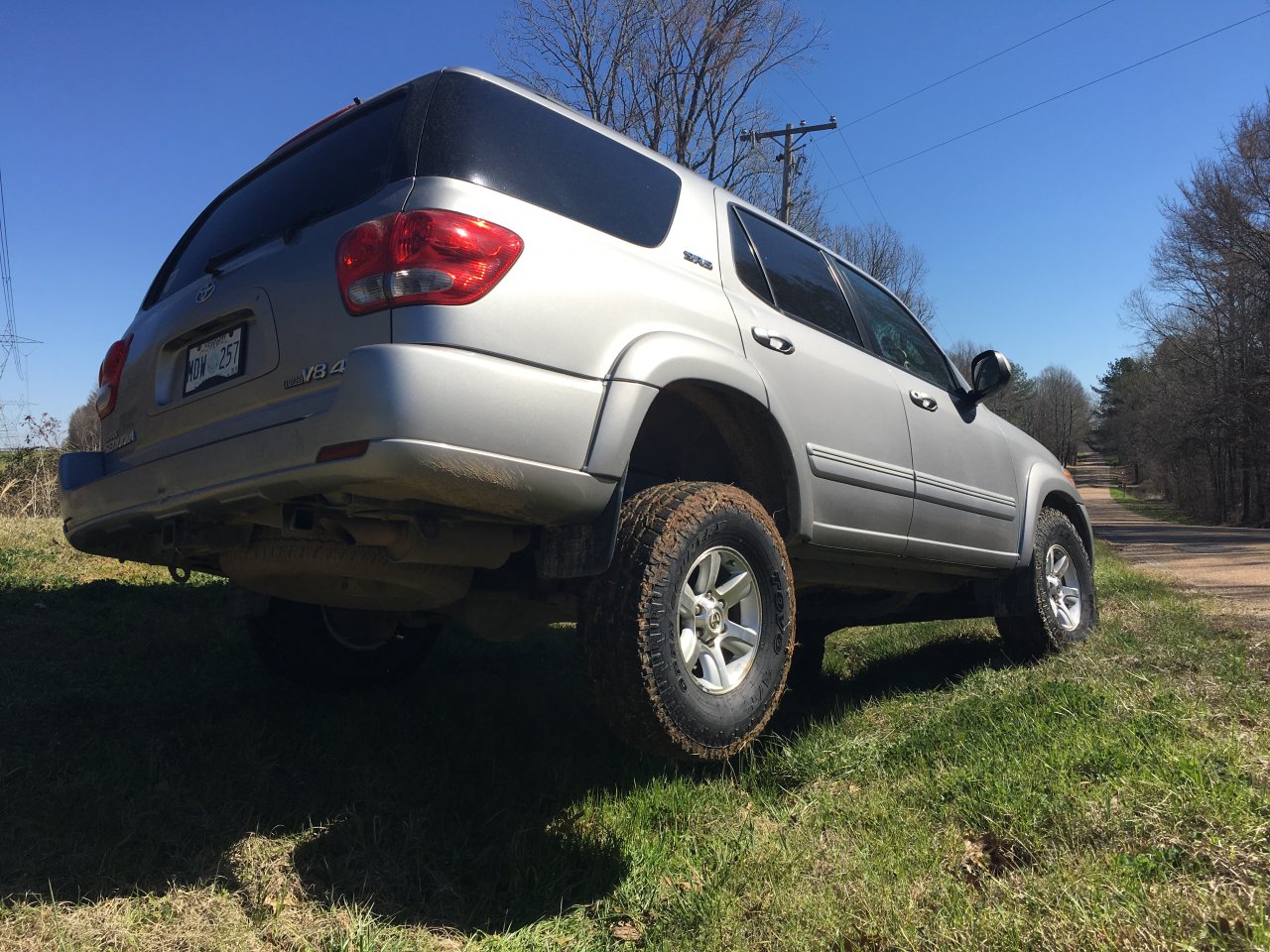 Final plans are some big stereo that's he's installing in March, some round LEDs and a Frontrunner rack.

Not a bad college ride. I look forward to his adventures.

Now I turn this thread over to @Fireman for 'lectric blu

Actually I do have a tech question.

The front rubs on the control arm and on the frame at full turn.

Every truck I had growing up did this. When it rubbed I just backed off the steering a bit and rocked on.

In your opinion would you do spacers just to be safe?

If so, do they need to be hubcentric?

Can I just do the front? I'm just worried about him being not knowledgable about this stuff having an issue later with spacers.

If they make a 1" I'd just do fronts and drive it enough before he gets it to seat them good.

I have read on multiple forums that it is perfectly fine to install spacers on the front wheels only. YMMV

The Sequoia is a great vehicle and a largely-overlooked platform.

1 1/4" spacers are the thinnest bolt-on/stud-loaded spacers I'm aware of. Spidertrax hubcentric are the ones versions I'm using on the GX, and they work great. When you space the wheels out, you can get some rubbing on other items, but I've never heard of anyone having a problem on the Sequoia. Alternatively, you can use a wheel with a 4.5" backspacing and accomplish the same thing (at least that's what I read when I was working on my Sequoia). I never got that far with mine. I bought the wheels (OEM 40th 80 wheels), but I never bought a larger tire than what I already had (275/70-16). Had no rubbing/binding with that setup at all.

I hate that I never finished mine, but due to SOMEONE'S bashing it (actually, everyone but one liked it and were pleasantly surprised at what all it did at the crawl), Val bought in and gave me enough grief that I decided to get rid of it.

Saw the Sequoia at Tolleson's and was very impressed! 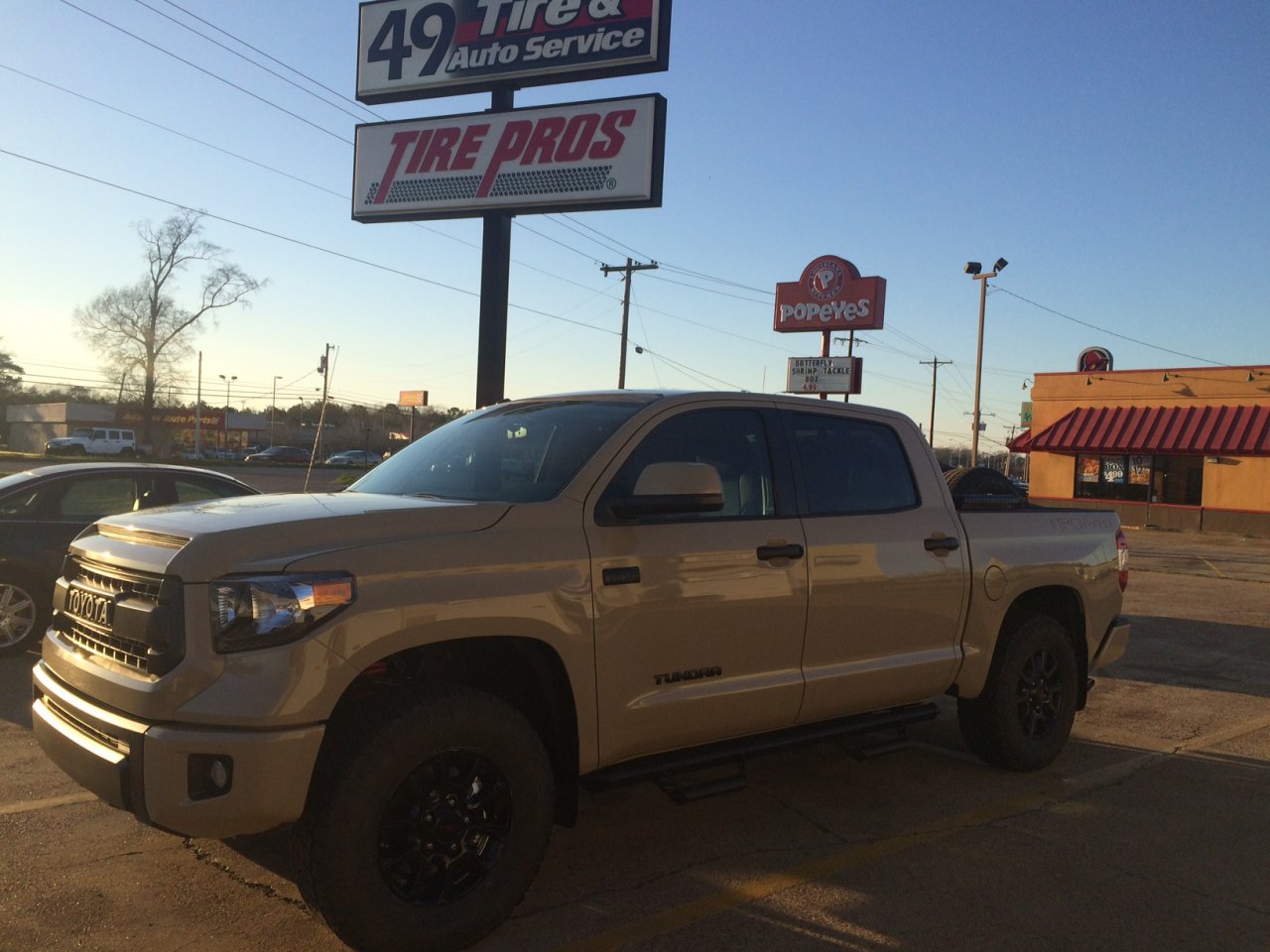 Been eyeing one for a while. Finally broke down and got the 2016 TRD Pro Tundra in "quicksand". Also made the mandatory first stop at 49 Tire for upgraded rubber!

Hub centric spacers are fine just keep in mind that you will be moving the tire outward and may run into clearance issues at the bottom of the fenders.

I ordered a set on Amazon from Spidertrax and another set of these China lights.

wngrog said:
Why Toyo? Well, my sisters biggest client is Gateway. Can't have anyone but me around here rocking the boat with BFGs

Chris was nice enough to get them for me.

Thanks again 49 Tire for stepping outside the box. Researching a hodgepodge lift. Looking up the light bar

Thanks for the business @wngrog

GOVT MULE said:
View attachment 1217351 Been eyeing one for a while. Finally broke down and got the 2016 TRD Pro Tundra in "quicksand". Also made the mandatory first stop at 49 Tire for upgraded rubber!
Click to expand...

Thanks for the business @GOVT MULE

wngrog said:
Of course I need a set after I sell mine for $40 to @GOVT MULE

Don't short-change me, it was $50. And I still have them if you need them, they didn't work for me.