I installed a new turn signal housing in my '71 over the weekend with 3 on the tree column shifter. My turn signal switch worked, but the actuator lever was loose in the housing and Toyota sells the switch and housing assembly as a kit for just under $100, so I figured I would replace everything and it would last another 50 years. I was a bit confused when I took the new parts out of the packaging because the new housing came with a drilled hole for the end support of the column shift mechanism, but the old housing was tapped for M10x1.25 threads. There is an end support pin that must thread into the housing that acts as a guide for the wheel end of the shift rod, so off to mud I went looking for the solution. I couldn't find any information pertaining to installing the new housing while keeping the column shift, all suggestions were "keep your old housing" or swap to floor shift.

I know that some of the turn signal housings out there are stripped out where the column shift end support pin threads in - my '69 was. A PO had drilled through the housing and the column shift end support pin and drove a dowel through in order to keep the shifter functioning. There needs to be some way of securing the end support pin so that when you actuate the shifter in/out, the end support pin isn't moving, it has to be anchored for the shifter to function. The problem is, the end support pin ALSO has to be able to rotate for the up/down shift function, so while the dowel worked, it had sheared off on one end (maybe by necessesity/force, not by design of the PO) so that there was enough slop in the assembly the pin could rotate the coupld degrees necessary for the shifting to work. This is why threads are the solution here, they allow rotation while holding the tension/compression forces. My easy solution the '69 was a floor shifter swap - I really only need 1 column shift truck for the novelty.

So after finding no solution on mud on how to use the new housing, I started measuring. The inside diameter of the hole through the turn signal housing measured about 0.32". I looked up what drill diameter was required for an M10x1.25 tap and the chart said ~0.39". I initially planned to drill the housing out, but as I went through drill bits in my index, I found that the OEM housing would only allow a 21/64 drill bit to fit into it, indicating that I SHOULD NOT drill out the hole to the suggested 0.39" diameter for tapping. I ran the 10x1.25 tap through the factory housing and figured if it worked for Mr. T, it should work for me, so I went about tapping the brand new turn signal housing.

Really not much more to it than taking the housing out of the packaging, running a tap through the drilled hole, cleaning and installing. I used this thread as a good reference for disassembly of my OEM setup.

I am stumped. I need to replace the turn signal on my 68 FJ40 and bought the switch assembly. I have pulled the steering wheel but I can't figure out how to get the top turn signal switch collar off of the steering column. My FJ is a three speed column shift and the shift rod is threaded into...

The only tricky part was figuring out how to remove the column shift lever, and it is very simple once you understand what has to be done.

I also took this opportunity to remove the shift rod and install a new column boot to the firewall. Disassembly and removal of the shift rod was a bit of a challenge which I did not document. It's one of those things you just have to figure out and live through it. Greased everything up and it shifts like butter now!

Hope this saves someone some frustration in the future. It got dark out during reinstallation, so I didn't get any photos as I work outside with a headlamp after the sun goes down. It looks like it did before, but everything works as it should now! 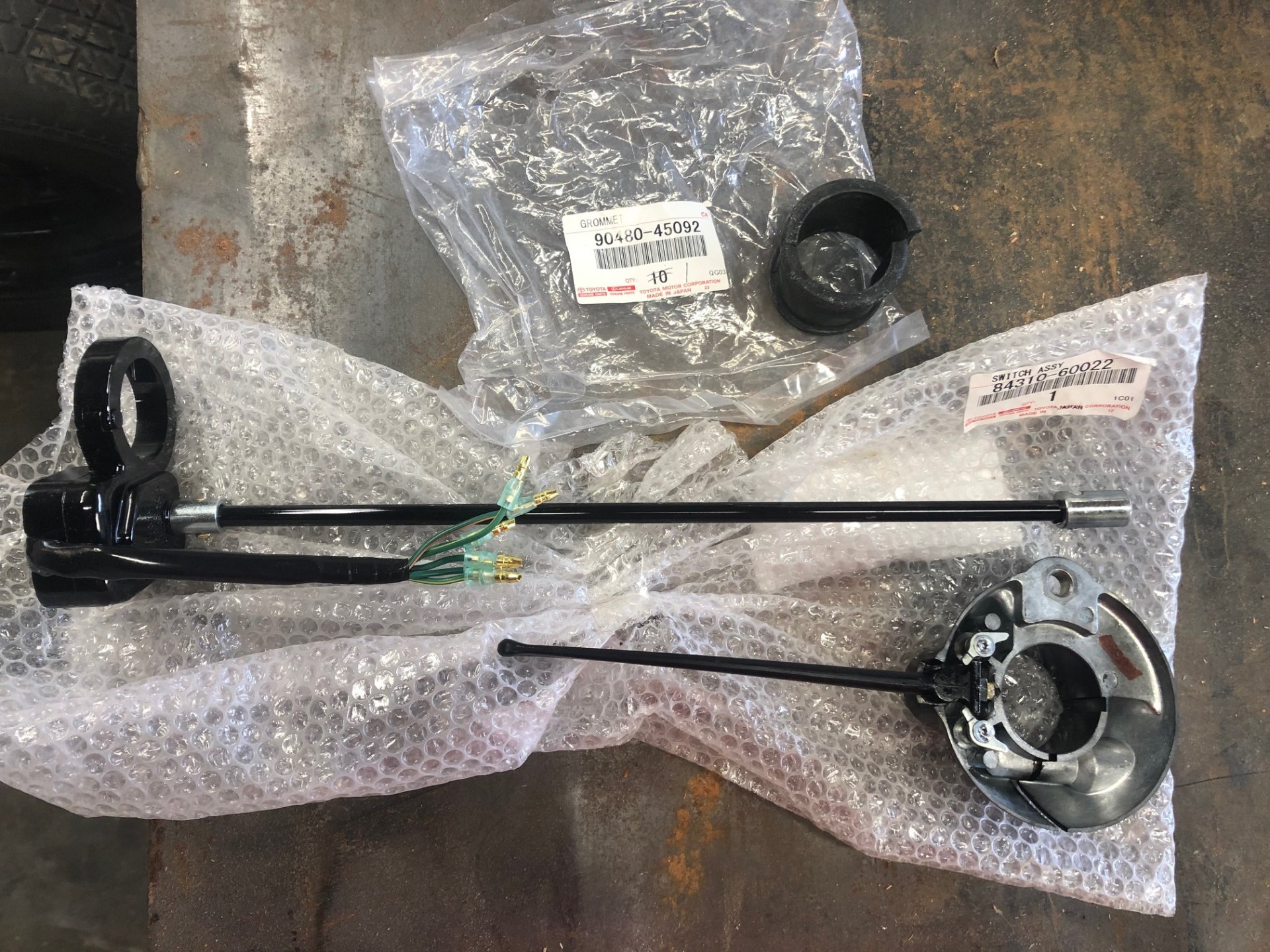 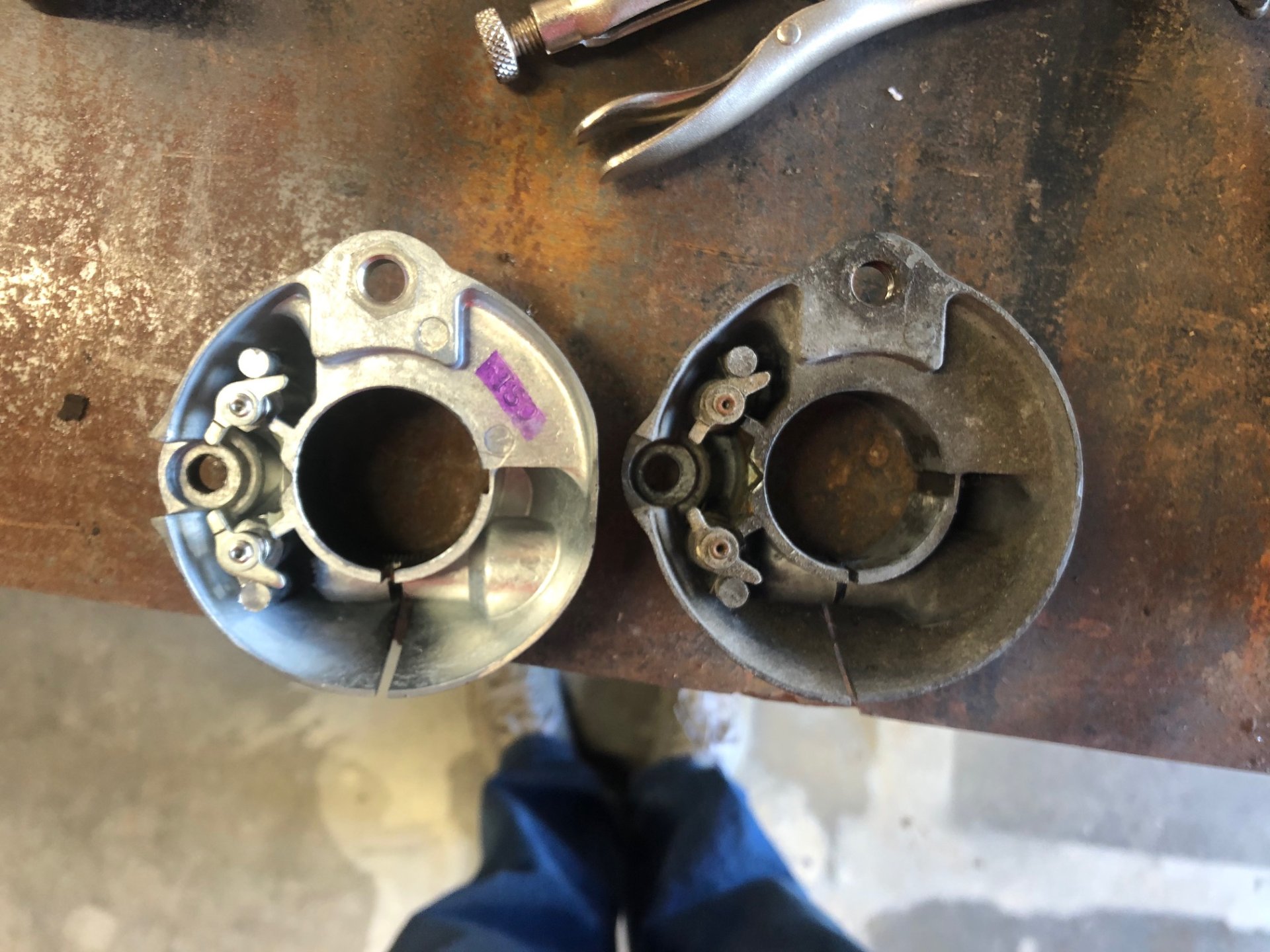 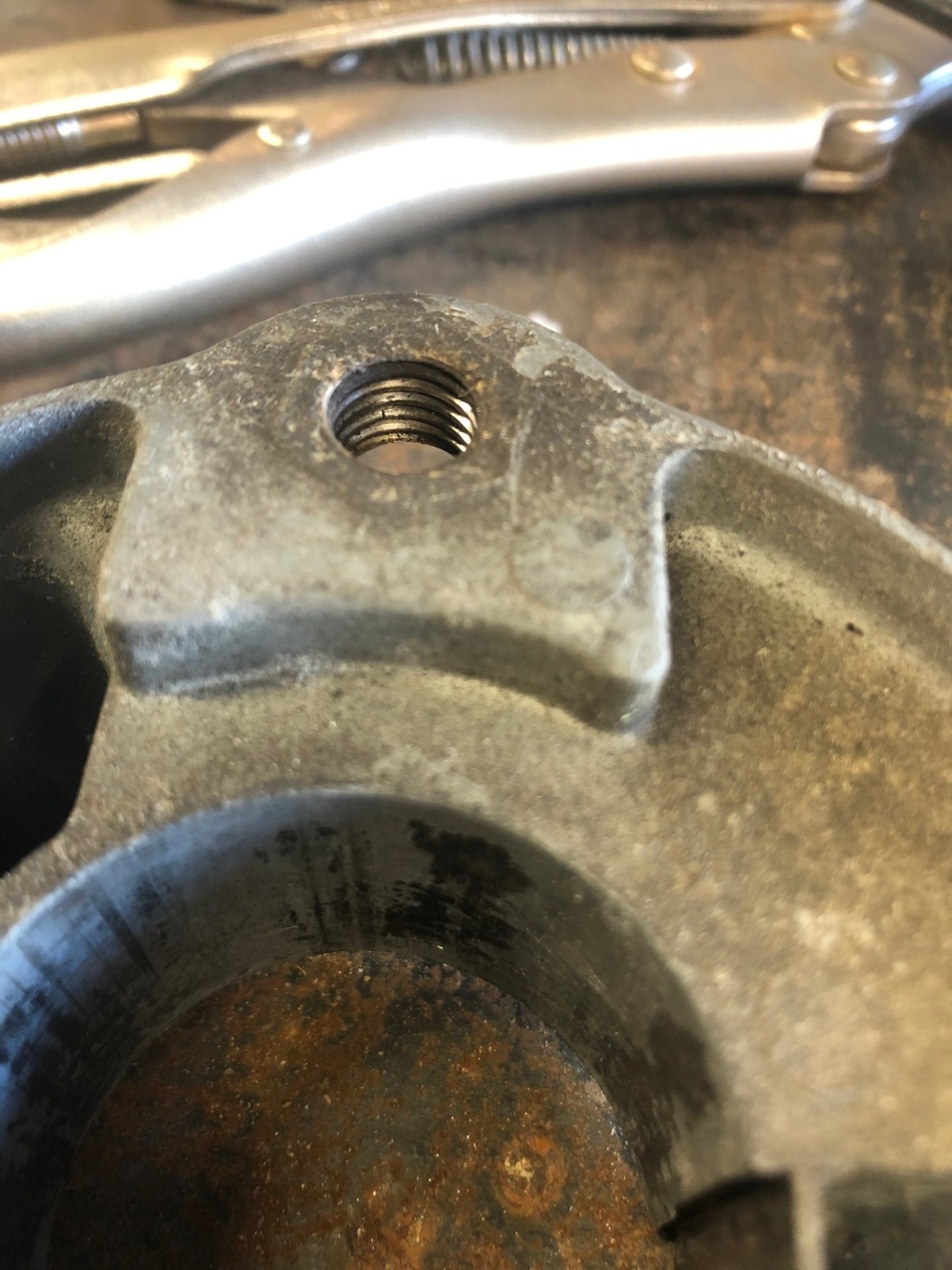 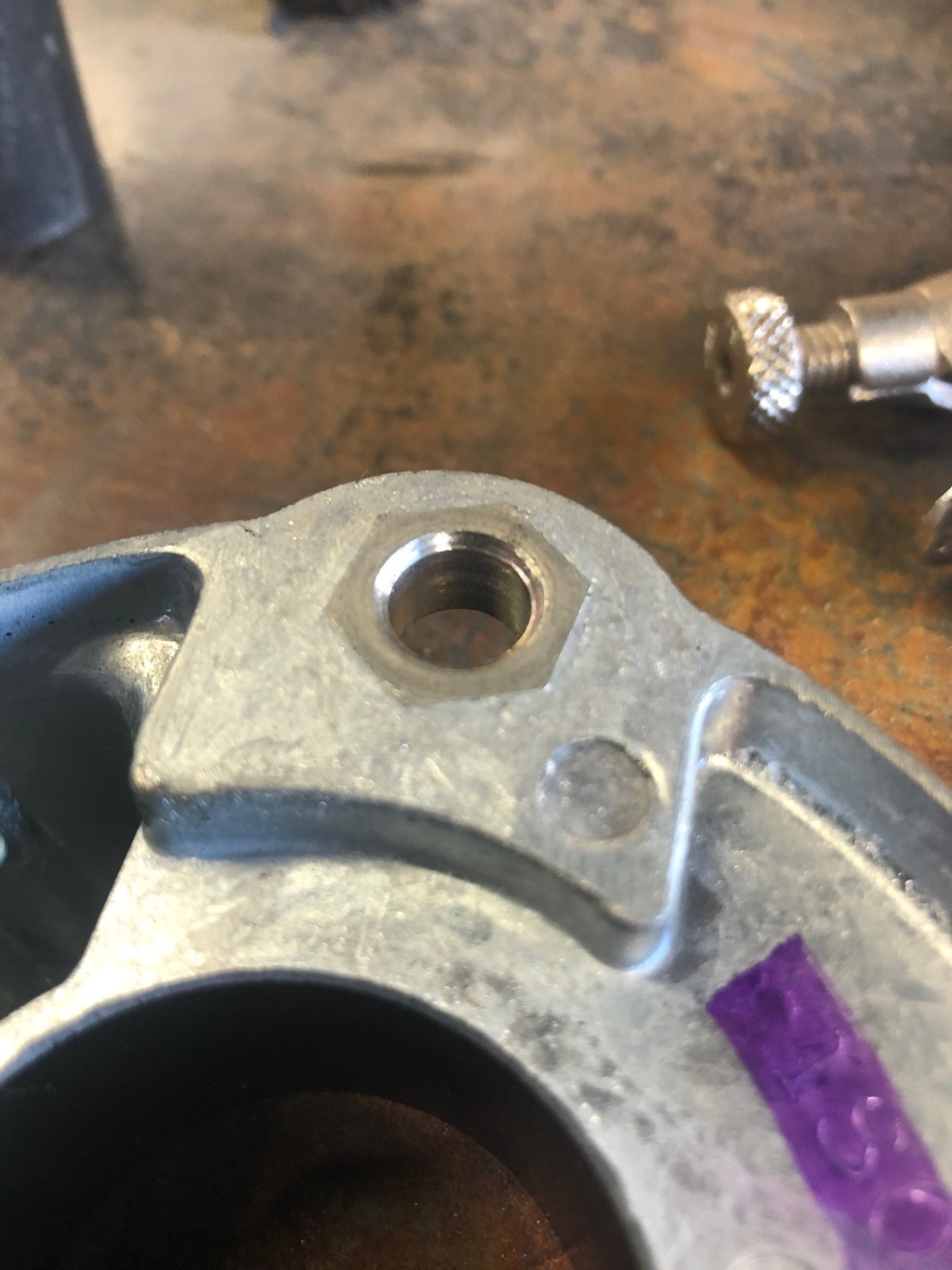 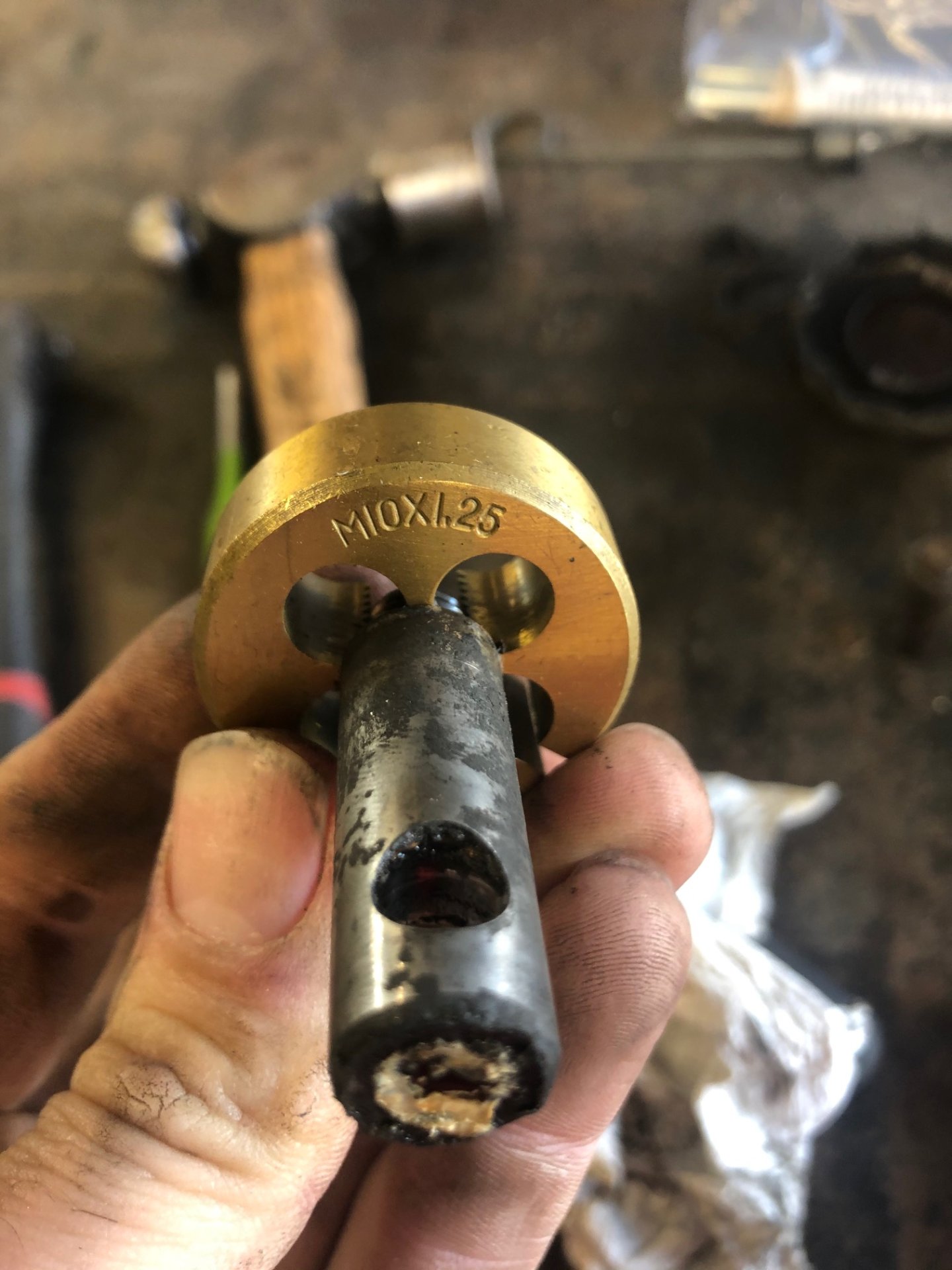 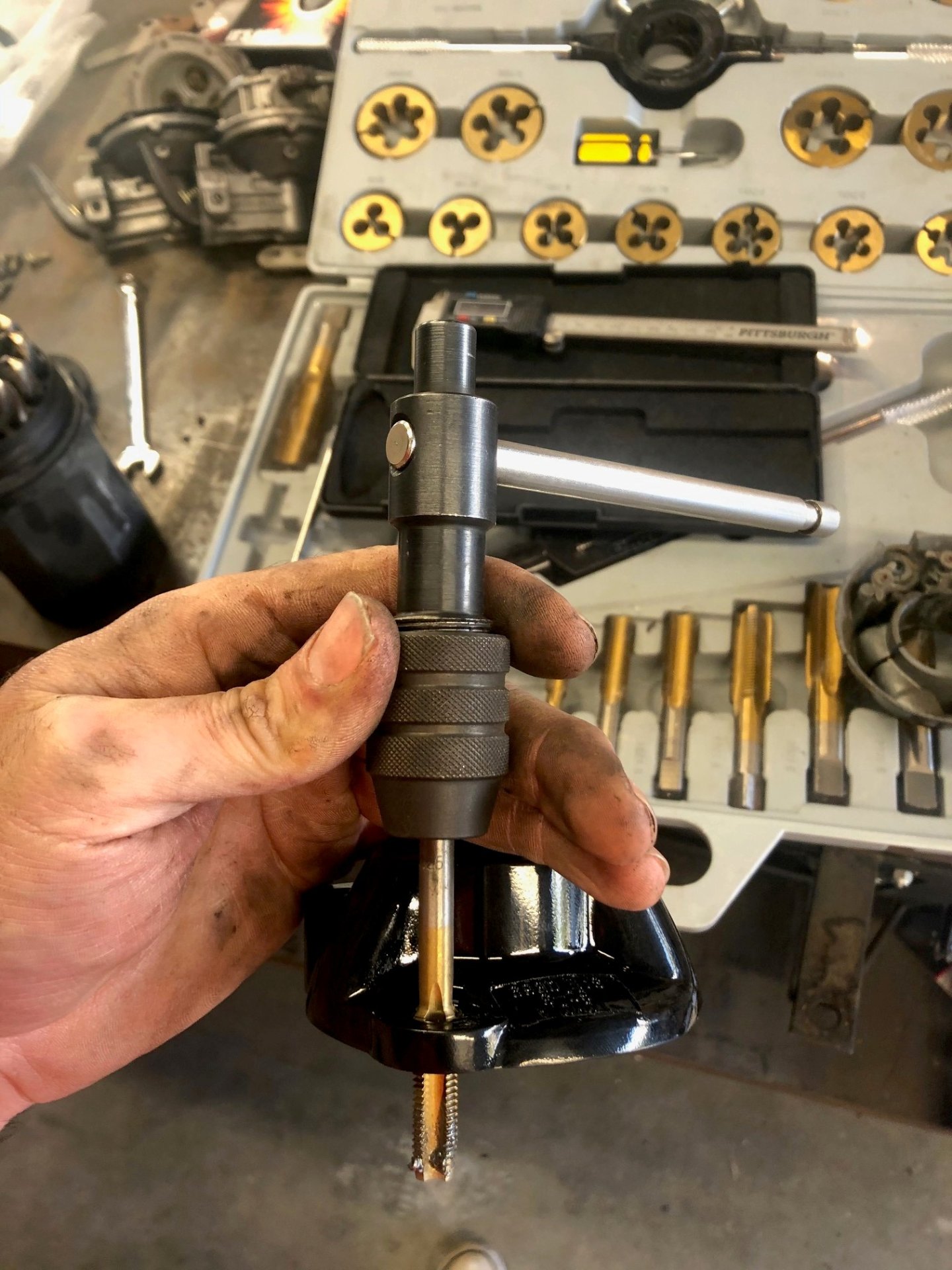 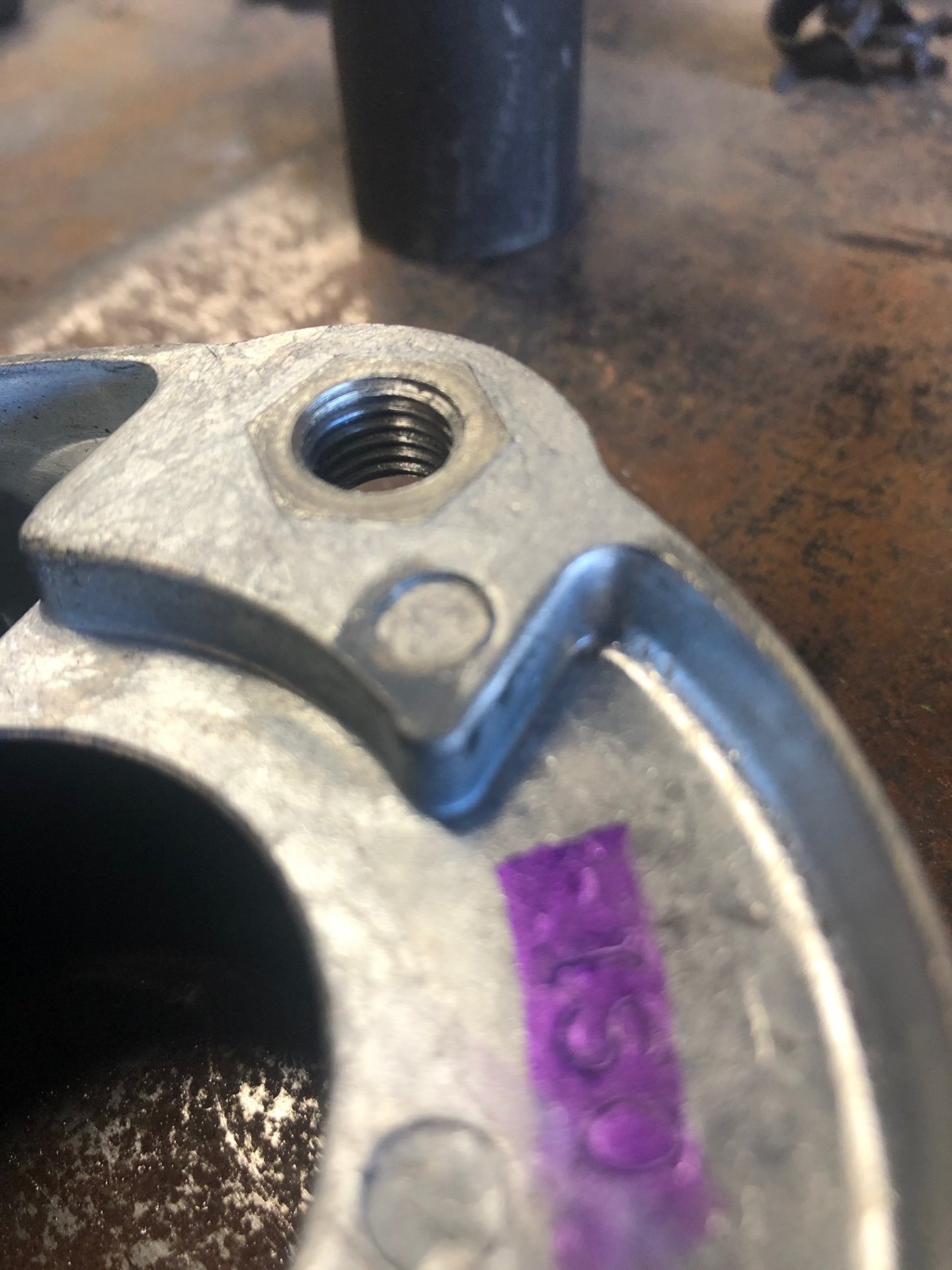 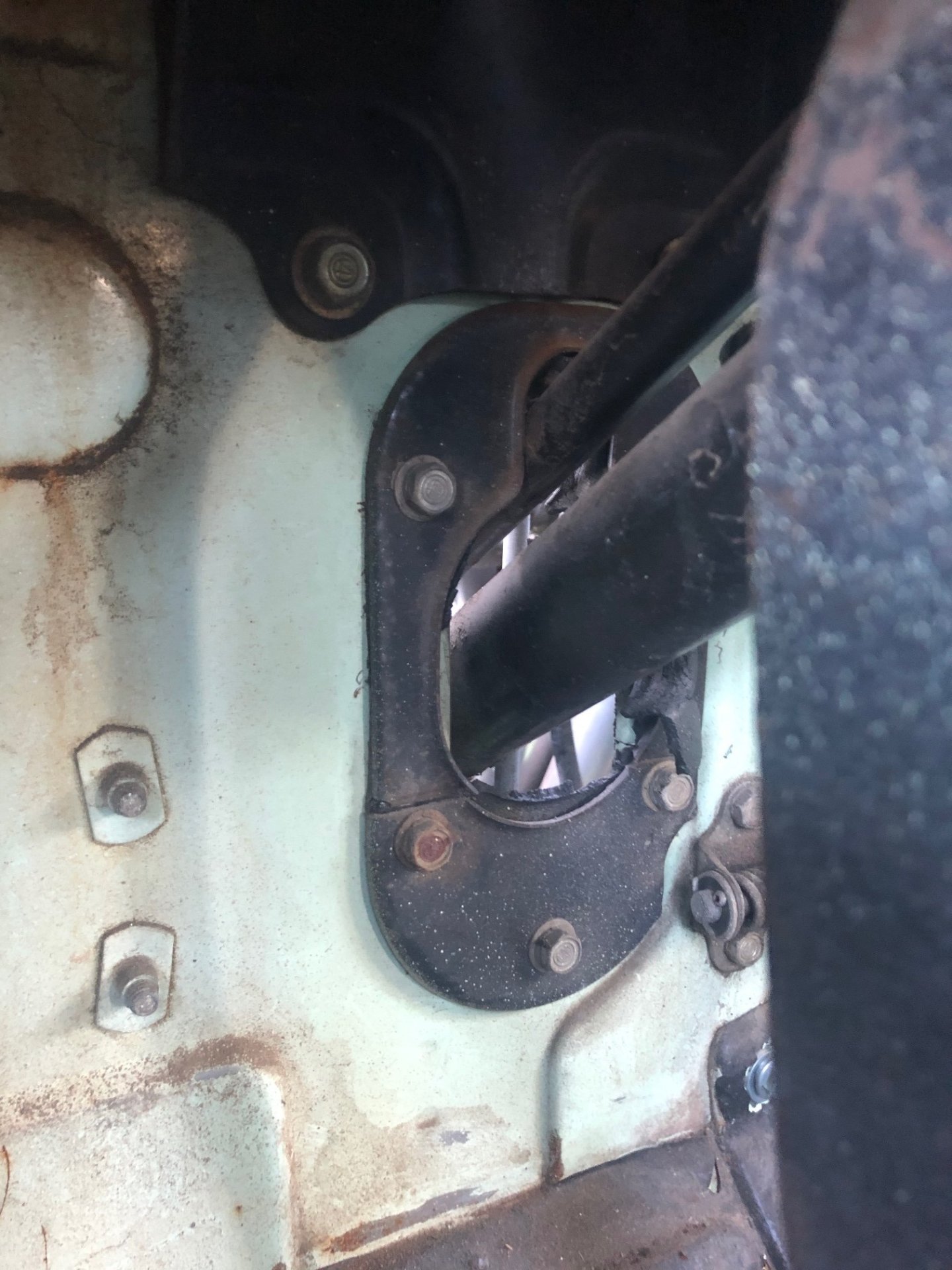 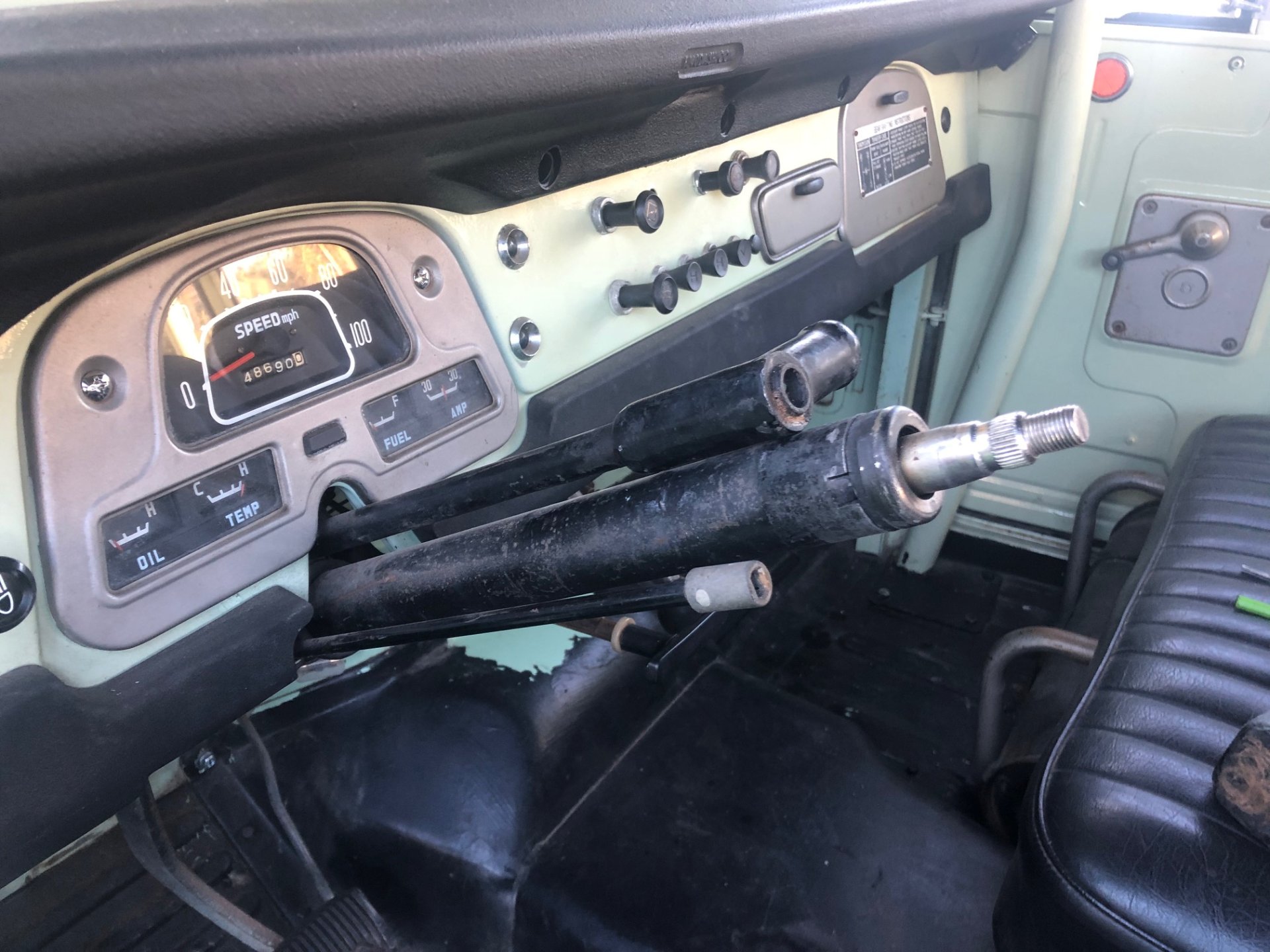 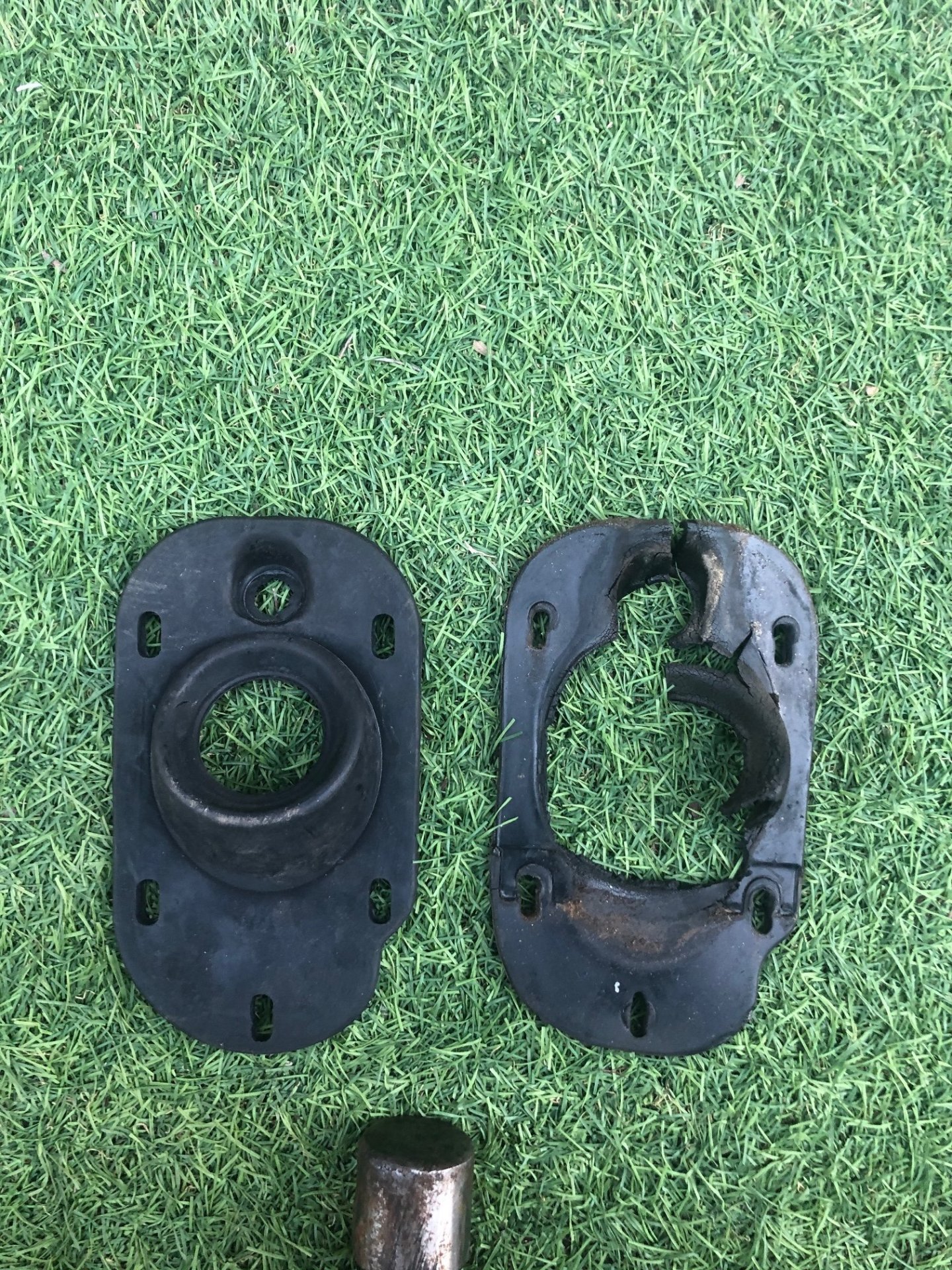