Did you redo all your brakes to 10mm? My MC has a leak so I bought a new one to replace, but may just rebuild the old one. I’m thinking a conversion is in my future to upgrade everything to 10mm and discs.

mtn biker said:
@unimog There is a collector local to me that has been collecting 40 series parts for 40+ years. he has forgotten more then I will ever know about 40's. I was at his place looking for an oil gauge and asked if he had a front disc brake conversion for sale. To which he replied it might be my lucky day.
Click to expand...


How was this collector doing? Know him since the early nineties. Picked up a few 60 series parts from him a few months back and he was feeling too good.


mtn biker said:
I wan to break out of the beige parade on the next CSC classic cruise
Click to expand...

What's wrong with the beige parade? It's kinda of grown on me over the years. 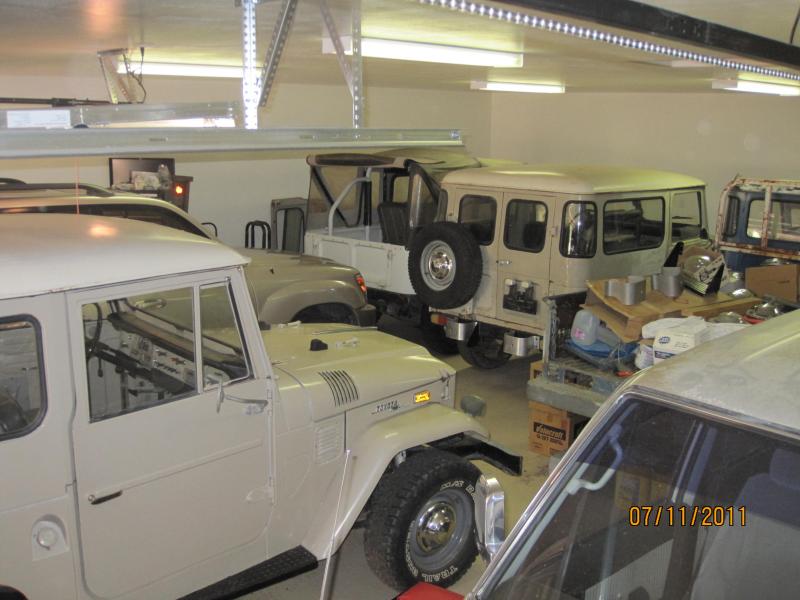 My early 68 started out Capri Blue. After putting it on it side in 1975 and replaced it with a beige 73 top in 1976. Early eighties added vent windows. 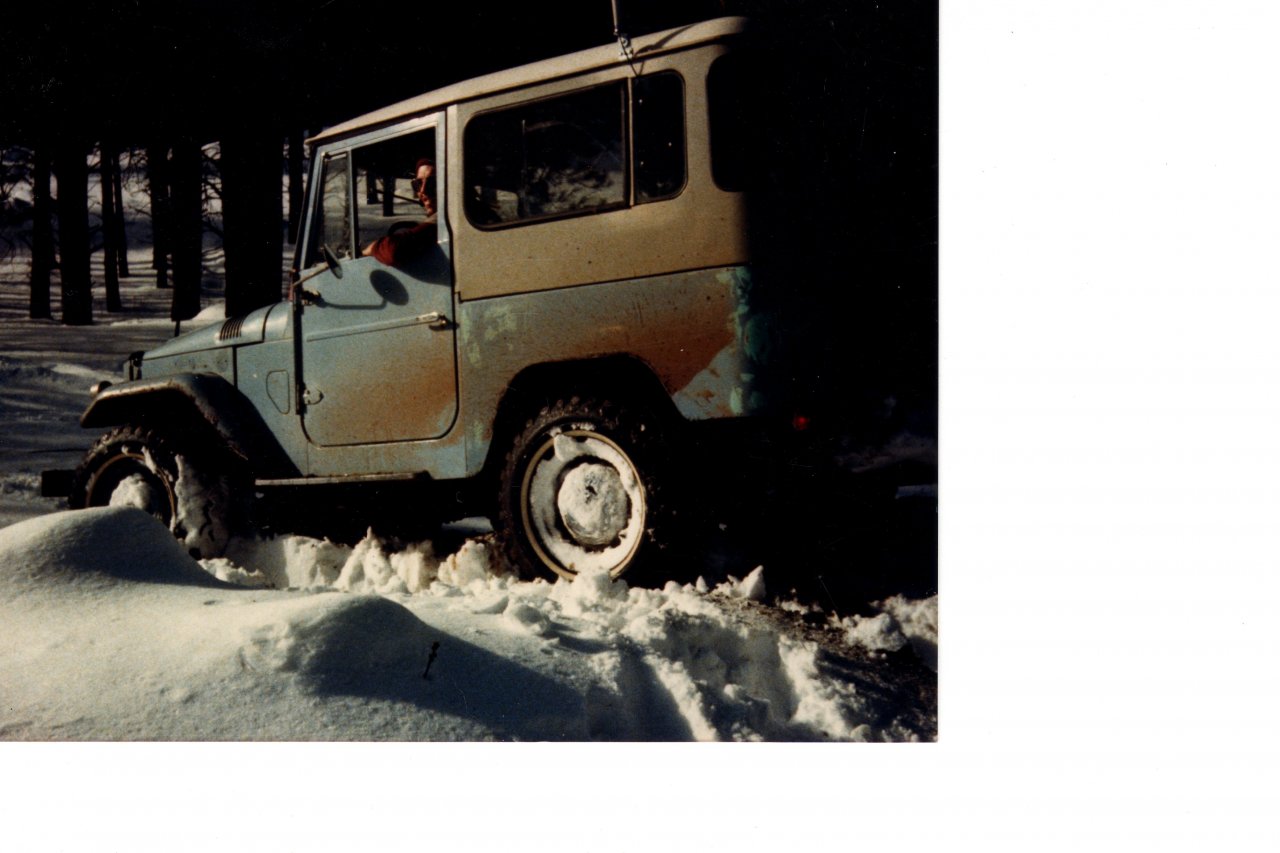 Later a friend repainted for me. Not the color I really wanted but was free. 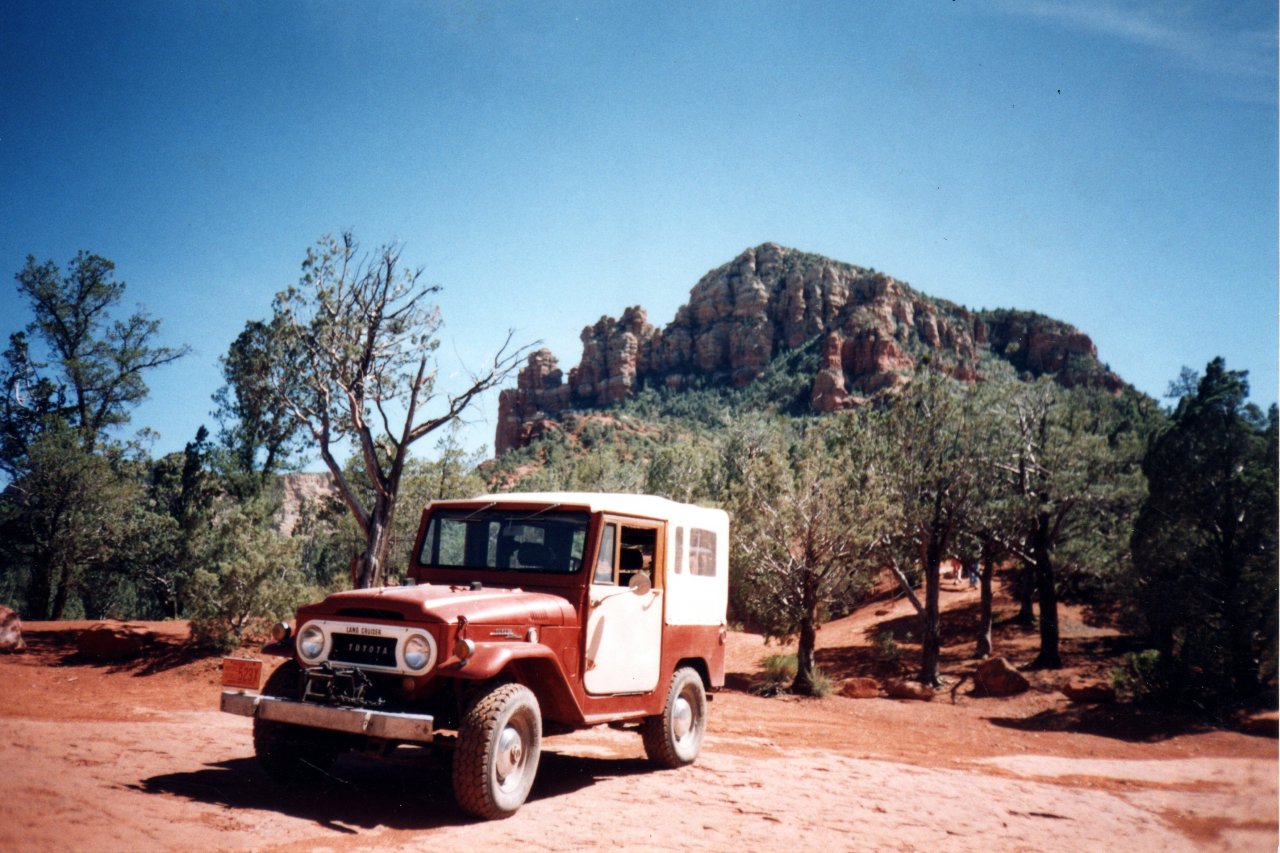 This is how it sits and I mean sits today. 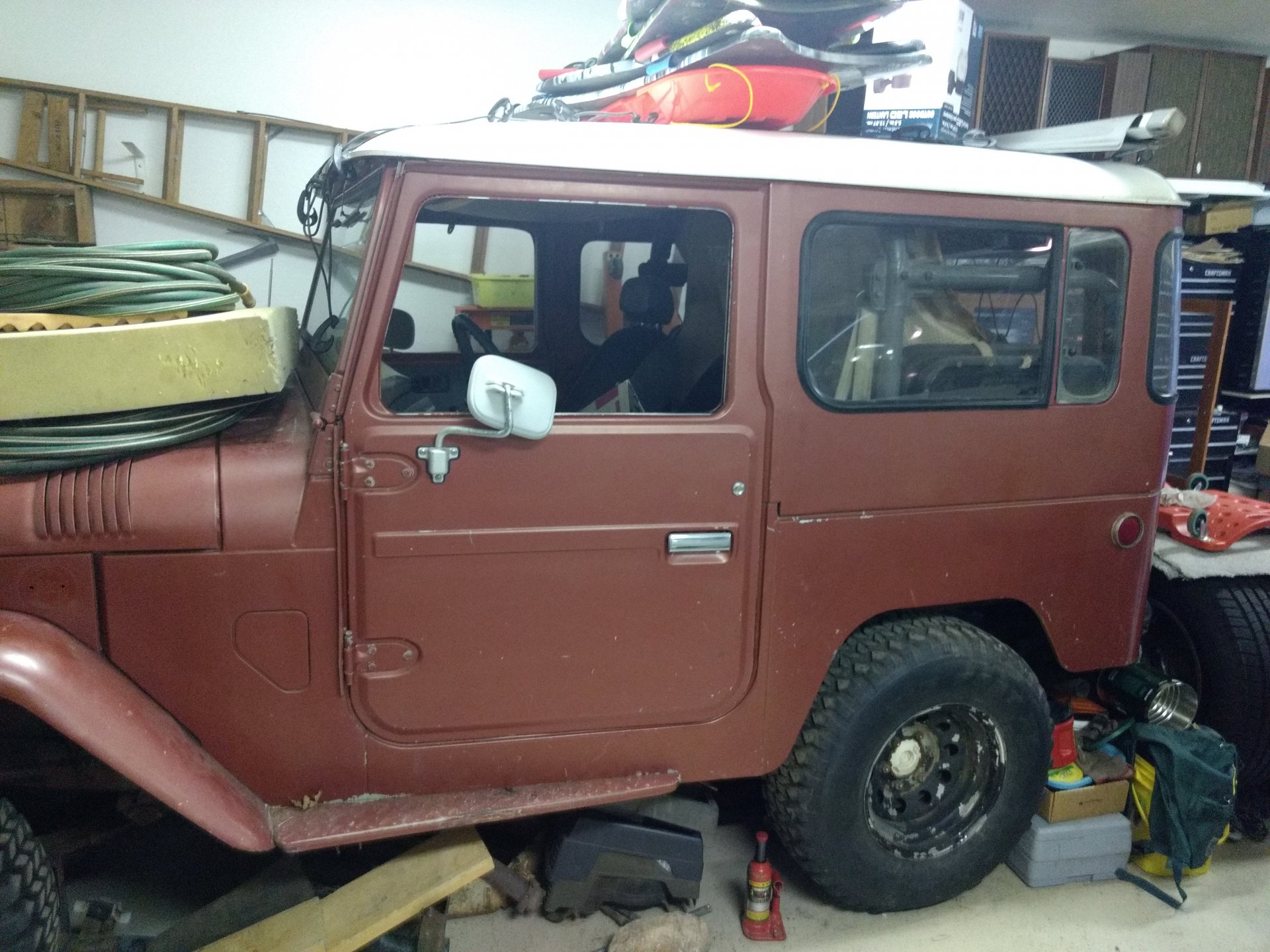 Thought about replacing all the later parts and going back to stock Capri Blue. Would hate to lose the rear vent windows. Plus beige would start to standardize the fleet color which fits AZ.

Living in the Past said:
How was this collector doing? Know him since the early nineties. Picked up a few 60 series parts from him a few months back and he was feeling too good.

Something is happening. More info and step by step to come once i get everything finalized. Needless to say I have been doing lots of R&D to get it to work

So something that i never had in my vision of Uma but decided to do it. Remote door lock actuators it has been a lot of trial and error and more then enough time to do it. (Infact I think I used all of my good husband credits from my wife.) I would say if they are not on your to do list for a 69 i wouldn't do it. But if you are sadistic enough here is what i did

Here is the pivot arm. I tried longer arms and the window crushed the arm when i rolled the window down. It ended up in the shape of the millennium falcon. That is to accommodate the nut plate behind the door latch.

There are 2 holes behind door latch plate that i connected to make more room for the pivot arm and push rod.
I tried to use the push rods that came with the actuators. But because the rigidity of the push rod it caused a lot of deflection and wouldn't work and had to get some universal lock "cables" to be able to flexible. But I finally got them to work today

It won't let me post a video but it is working

Your kids sure seem to understand the trophy thing...

Honger said:
Your kids sure seem to understand the trophy thing...
Click to expand...

my wife doesn't. But hey I can say award winning Fj40

So i am going te o leave this here and do an unofficial poll. With my next round of stimulus money should i do spector rear sliding windows or paint. Window kit for both sides about $400-$500 paint is about $500-$600.

she got some love from a local Toyota dealership. At 52 she still turns heads

Last year after I put on the ProComp 2.5 inch lift i was pleasantly impressed. However I used the stock shackles which after a while caused her to look like she was going around with droopy drawers. Well after a run with @cruiser971 he pointed out that the shackles were indeed hitting the frame when I would hit a bump. So that got the gears moving towards 6 inch shackles.

I got some 3/16's flat stock and some one inch by 3 inch square tubing and made some shackles.

This picture was taken by my wife last weekend on a quick trail ride.

This was taken after I put the rear 6 inch shackles. I must say that I like the back end high and tight.

A while ago I traded some LED pod lights for a matchbox first gen 4runner. He said he got the better end of the deal since he got the lights for free. I also had procured an original era light switch from what I call the land cruiser ranch. Today I finally got them installed.

I took out the PTO cable since it wasn't hooked up since I have had her.

Put the new switch in the place of the PTO cable.

Now i can't wait to take her out for the evening.

With my birthday coming up I always ask for things that Uma can use. My old turn signals were corroded and the lenses were cracked. I found OEM period correct light assemblies.

My loving wife got me a membership to TLCA

I knew this was a problem when converting all of my lights to LED that the turn signals would not flash because there was just far too little resistance for the "heavy duty" flasher to work. So I ordered a LED flasher from Amazon which was a whole lot cheaper then getting them from O'Reilley's or Auto Zone.

Yesterday was bittersweet for Uma. It was the last day i am going to be driving her for a while. I checked her into rehab. She has an oil drinking problem and can't hold her fluids any more. After i got home from getting the kids from school I backed her into the garage so I can have room to work on her. I am going to be pulling the front clip getting it ready to pull the motor to replace all of the seals. While I am at it I am going to be doing the secondary paint color that I got from Monstaliner. Of the do it yourself paints out there that are rubberized I am most pleased with their product with an orange peal paint texture that has vibrant colors and doesn't have chunks of rubber actually in the paint. But enough of the free publicity for them. I am going to paint the fenders while I have them off as well as the front bezel, don't worry it will go back on correctly the body stripe, running boards and the roof while I am at it. The primary paint is going to have to wait till this fall to be done. Because after she gets out of rehab she is going to want to go party.

Got the hood, aprons fenders and grill off.

Getting some cosmetic work done.

The accent parts the hinges are going to be black.

The fan was orange. Media blasted it primed it and back to orange.
You must log in or register to reply here.

What are these rims?