Wanted to close this out for future reference.

The Gates heater hose #18701 fit very well (on a FZJ80-1FZFE) to replace the OEM set-up of a straight hose-U pipe-straight hose coming off the right side of the heat control valve.

Someone may wonder, why do this "mod". With one hose you can eliminate two hose clamps (main reason) but also it's a cleaner installation and as a bonus you get 0.054% better flow with less eddy currents compared to the original U-pipe that has a slightly smaller ID than a continuous hose.

Before I settled on the final length and orientation (the hose could be flipped with the "hump" down) I tried a few different ways to install it and decided on having the recurved side on the top, straight side down. I cut both ends back a bit so it wouldn't stick out as much (see photos).

I checked and the Gates hose sits at the same level as the original lower hose (above the valve cover) and I can still get to the #6 spark plug and spark plug cover bolts/wires.

The cut down Gates hose however has less movement (less floppy) compared to the original set-up of hose-pipe-hose. Not sure if that will interfere with removing the valve cover but worse case scenario this hose could be disconnected if needed. I just recently replaced the valve cover gasket and spark plug tube seals so it should be awhile before I have to dig back into it.

Didn't get a photo before cuttng the hose down to fit so took one
showing the pieces I cut off of the Gates hose for perspective: 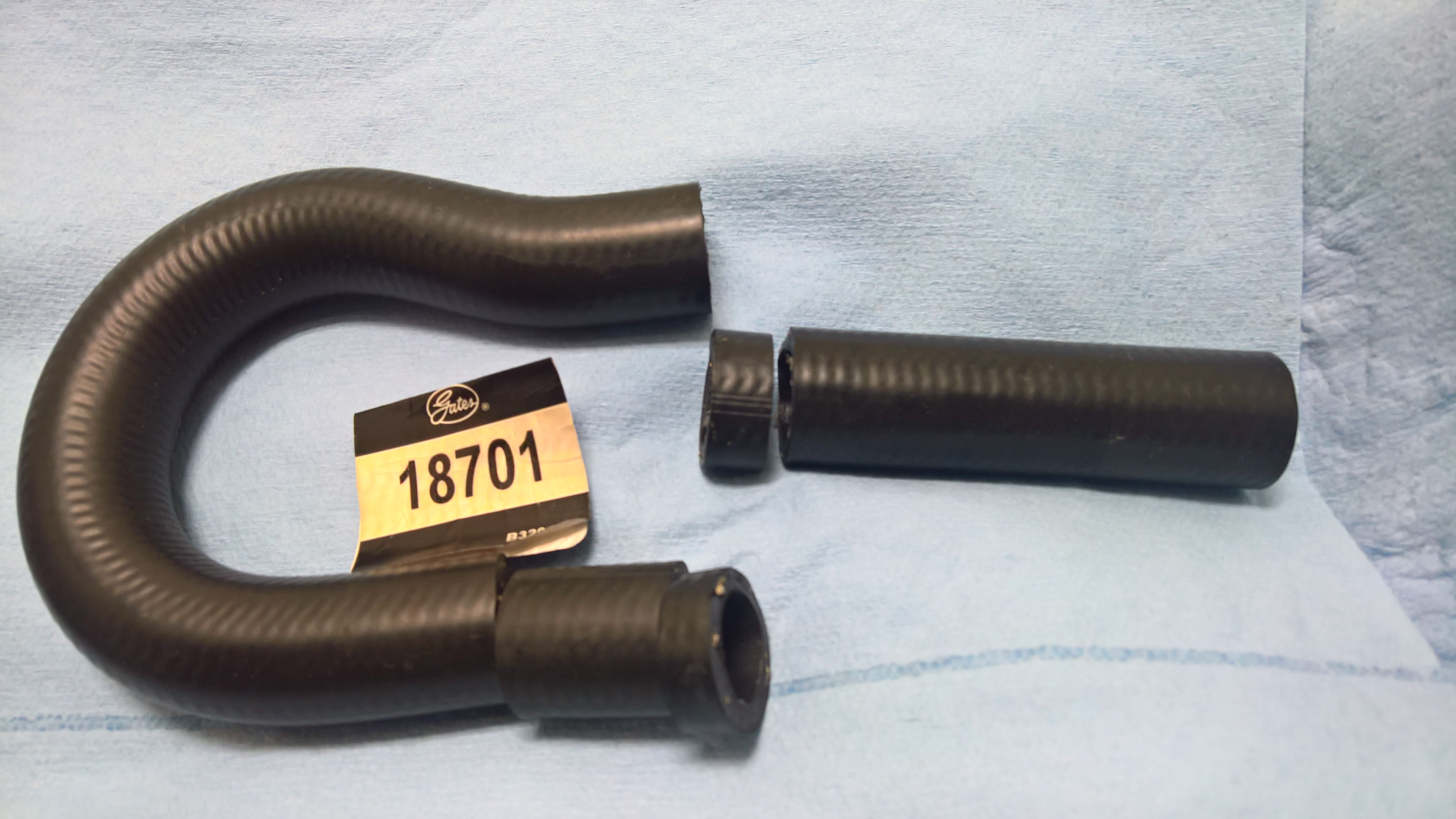 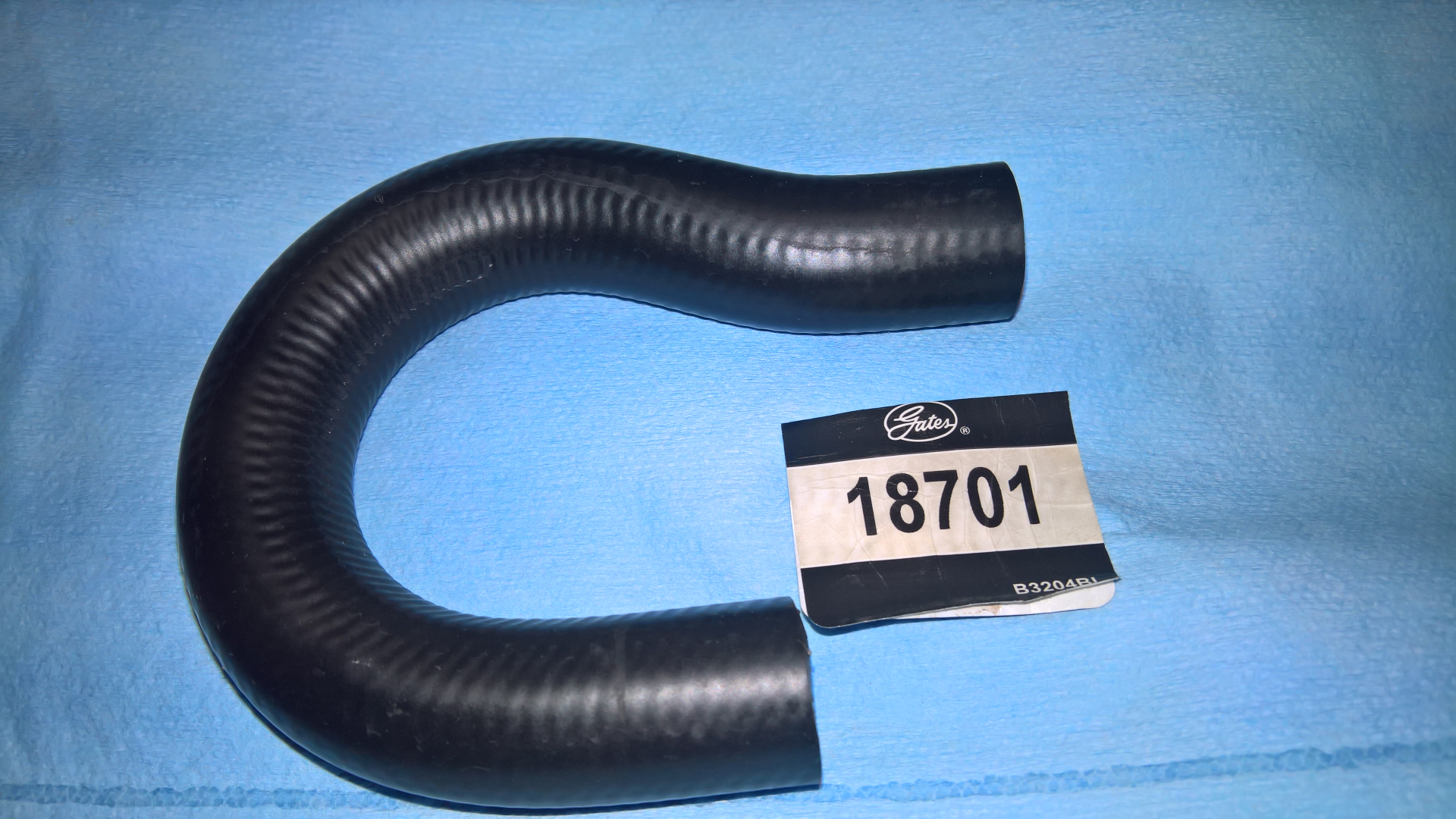 I just use the OEM hose that was meant for that: 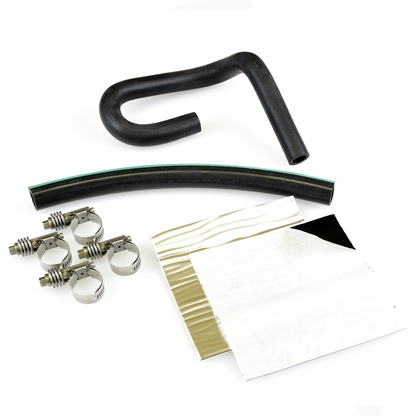 About to order up another 50 since they take so long to get from Japan. Ugh
Land Cruiser solutions you didn't know you needed.
Absolute-Wits-End.com

I considered the non-USA market U shaped hose (87245-60420) in your link that has to be ordered from overseas or a vendor like Wits End, but the kit they offer was out of stock, as was Partsouq. Also, the Wits End kit is designed for those who've deleted their rear heater, which I still have.

The one OEM hose in the kit with the U curve (if/when available) could of course be cut down like I did to the Gates hose. I just needed to get this 80 back on the road now and might swap out the Gates hose in the future.

Having said that, the Gates hose appears to be high quality, is made in the USA, and only cost $16 with a military/veteran discount from O'Reillys. So the cut down Gates hose gives people with a rear heater another option if they just want to replace the U-pipe in the water heater circuit.

For those that don't know, the Toyota U-hose (87245-60420) mentioned above is not from a 1FZFE, it's for a diesel model never imported into the US hence no US dealer can order it.