Edit: I changed the title to help in future searches: I found a hose that will fit. If you want to zip to the end go to page 2.

So does anyone know of a U shaped OEM/Toyota 5/8" heater hose from another US model maybe?

There is a Gates U shape formed heater hose available but I'd prefer to stick with Toyota if I can find one.
Last edited: May 4, 2022

I know what you are looking for but I used Gates 28467 and cut it down to size. 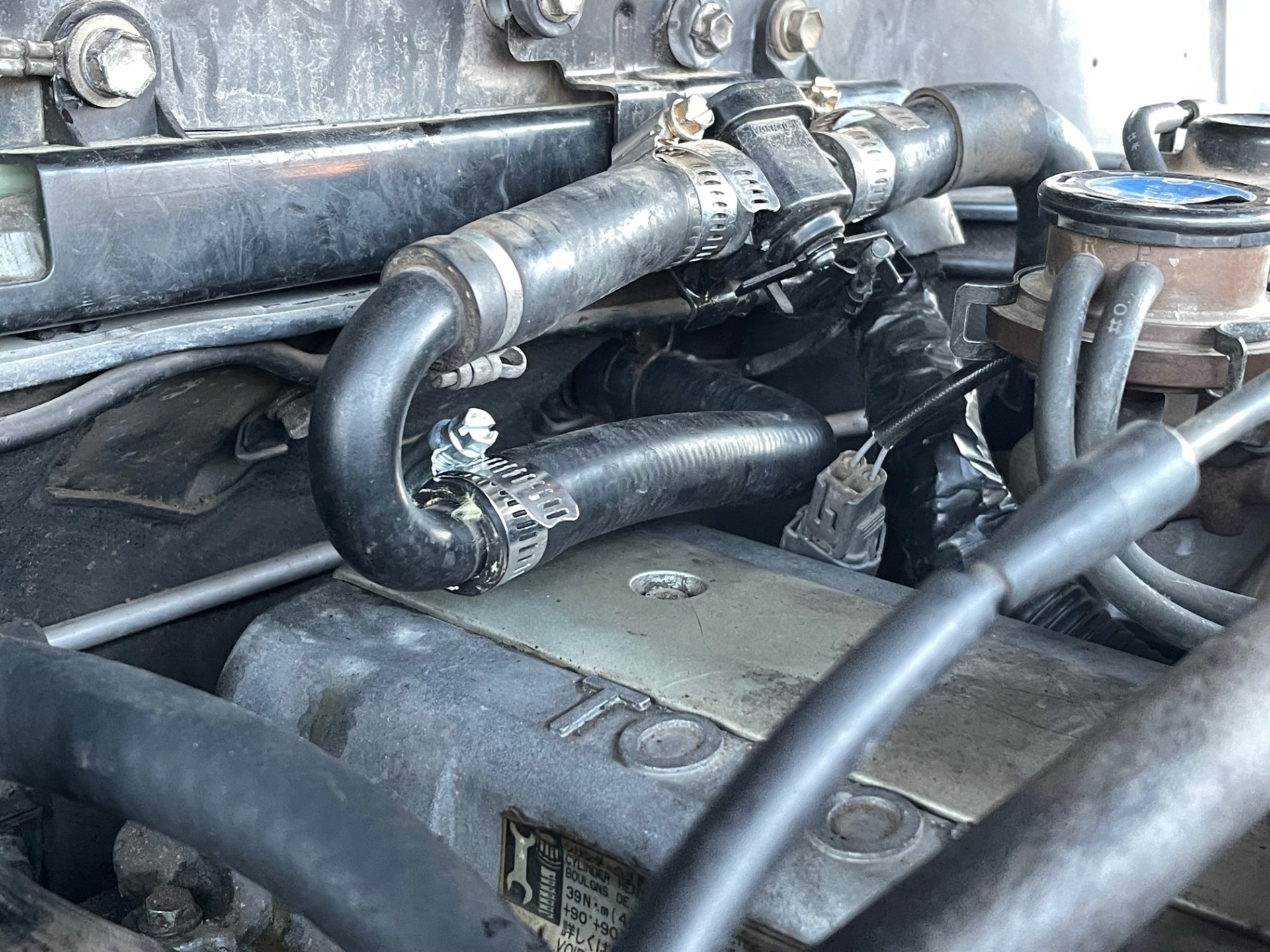 I went with what Scott did as well, used the OEM "U" pipe, and a molded 90 from gates
K

I'm not deleting my rear heater, just wanted to eliminate two hose clamps, one hose section, and the U pipe and instead run a U shaped hose from the right side pipe on the heat control valve down and back 180 degrees to the stock pipe that feeds both the main and rear heater cores on the firewall.

I bought a U shaped formed hose from Land Cruiser Phil that I think is made by Gates but I've only seen it sold by LCP.
K

I used to know that Gates part number but can't find it.

Was hoping to find a Toyota hose available in the US.

Kernal said:
I used to know that Gates part number but can't find it.

Was hoping to find a Toyota hose available in the US.
Click to expand...

I'll see if I can see the number on my hose, it was faint, but it was impossible for me to find that hose anywhere else but LCP. I think there is a thread where Phil sort of alludes that he's the only one who carries that hose. 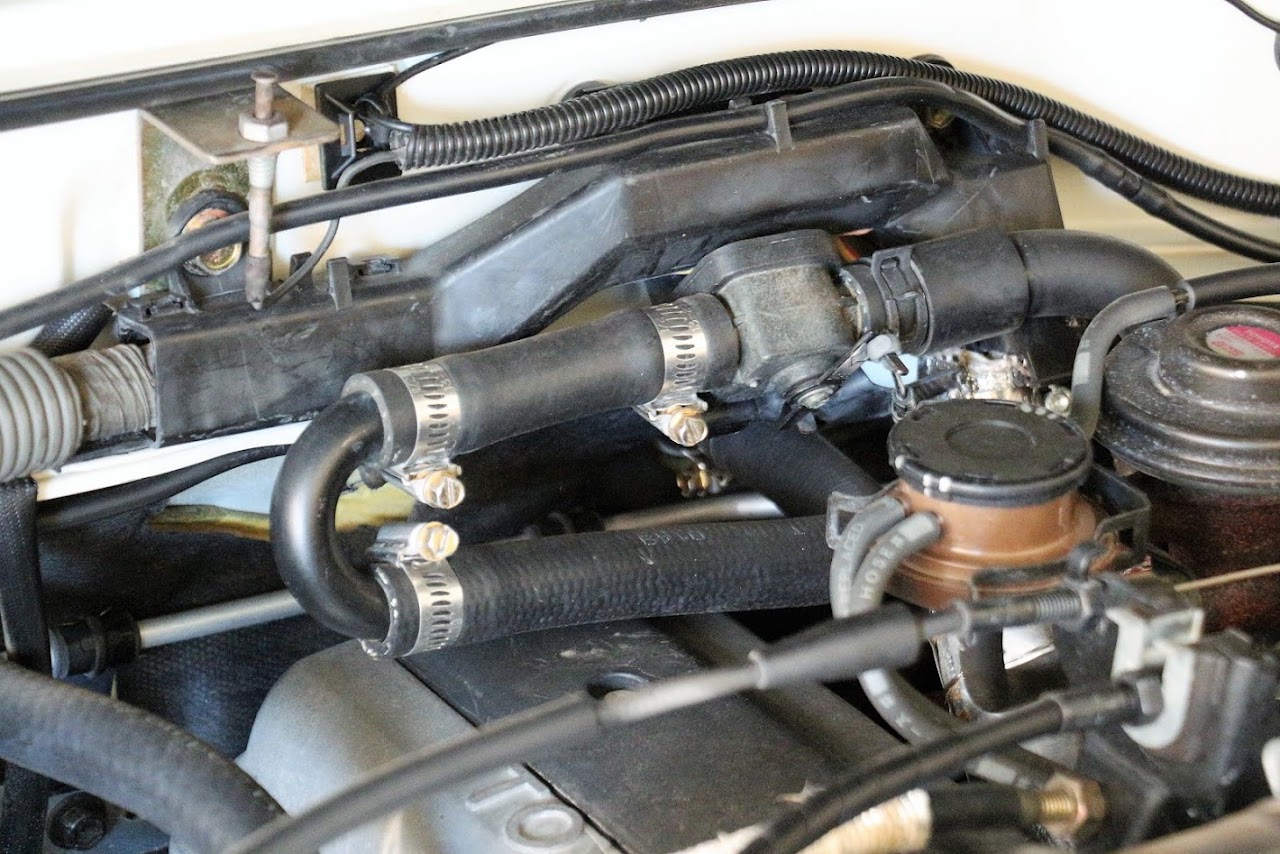 Until now when removing the rear heater, it was a challenge to reconnect the heater lines. We offer a perfectly molded hose for a clean installation or a complete installation kit. *This kit is made to fit without ANY trimming.*

How about an anti-kink hose coil?

I suffer from too much LC-OCD, trying to make a clean installation, so the spring thingy, which I've done years ago in an old Plymouth or Chevy, is my last choice.

The UK version is metal, if that helps?

Dave 2000: the original set up on the right side of the heat control valve in a US FZJ80 is hose-metal Upipe-hose but it seems more complicated than it needs to be (four hose clamps). A WAG why Toyota used the metal U-pipe instead of a U shaped hose is maybe the metal will last longer (moving water and particles) turning a corner, abrading the inner wall, or maybe??

But then Toyota has U curved hoses in the water heater circuits of other vehicles.

Example: I recall a ship I was on years ago had a ocean water intake pipe (about a foot in diameter) with a 90 degree turn. That pipe developed a leak while at Sea, a hole, in the curve of the pipe and the chief engineer said it was just from the moving water eroding the inside of the pipe in the turn. They pounded a stick of wood into the hole (which sealed it) as a temporary fix until they got back to port.

Point is, I can put the metal U pipe back in with new straight hose sections, just looking for options.

OffRoadScott said:
I know what you are looking for but I used Gates 28467 and cut it down to size. View attachment 2998625
Click to expand...


Im a few weeks away from doing my heater core, and this seems like the best solution as it'll be a much readily available part in the future.
K

The hose in that attachment is used when the rear heater circuit has been deleted.
Last edited: May 3, 2022

Kernal said:
The hose in that attachment is used when the rear heater circuit has been deleted.
Click to expand...

Which is exactly what im planning to do.

Google/Amazon say you're looking for

Amazon product
Looks right to my eye as well.

Kernal said:
Seems like I once found a U shaped 5/8" hose part number that was available in the US but don't recall now that part number. I know of 87245-60420 which is used for the rear heater delete mod but in the US it's only available by a couple of vendors (not from a US Toyota dealer) and apparently out of stock in the US.

So does anyone know of a U shaped OEM/Toyota 5/8" heater hose from another US model maybe?
There is a Gates U shape formed heater hose available but I'd prefer to stick with Toyota if I can find one.
Click to expand...

Thanks. I ordered a Toyota U shaped hose mentioned above (for a 80's pick-up)
but the "legs" may not be long enough due to the difference in length of the heat control valve pipe and the OEM pipe that feeds both the main and rear heater.

Update for future reference: the Toyota U-shaped hose mentioned above (16261-35030) from a late 80's early 90's pick-up will not work. I ordered one yesterday as it looked like it might just fit, turns out it has a 1/2" ID and that section of heater hoses coming off the heat control valve are 5/8" ID.

I did pick up the Gates18701 formed U-shape heater hose. Will update the thread once I get back to the vehicle to see if it will fit.

Sorry man. The info I saw online said it was 5/8”.
You must log in or register to reply here.

L
blue smoke after head has been replaced

No AC at a loss for what to check next.