Hey all! I've been having some problems with my 08 FJ Cruiser.

Problem: Metal on Metal clunking noise in the driver side wheel well. This happens while driving and parked with/without brakes applied. Especially occurs when wheels are turned.

Warning Lights: Vtrac, VSC off, Slip, and ABS lights all come on

Vehicle History: Replaced the alternator about 2 weeks ago when it failed. Haven't rolled any curbs or done anything crazy with it.

So far...I've taken the wheel off to check the brake pads (they are fine), the caliper is pretty rusty. Could this cause it to seize? Any advice is welcome! 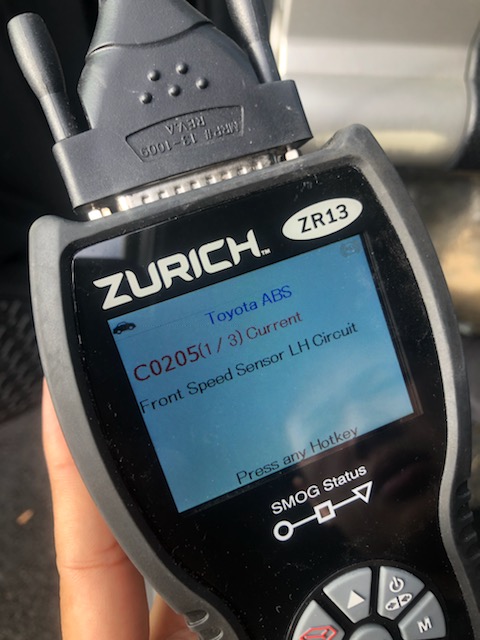 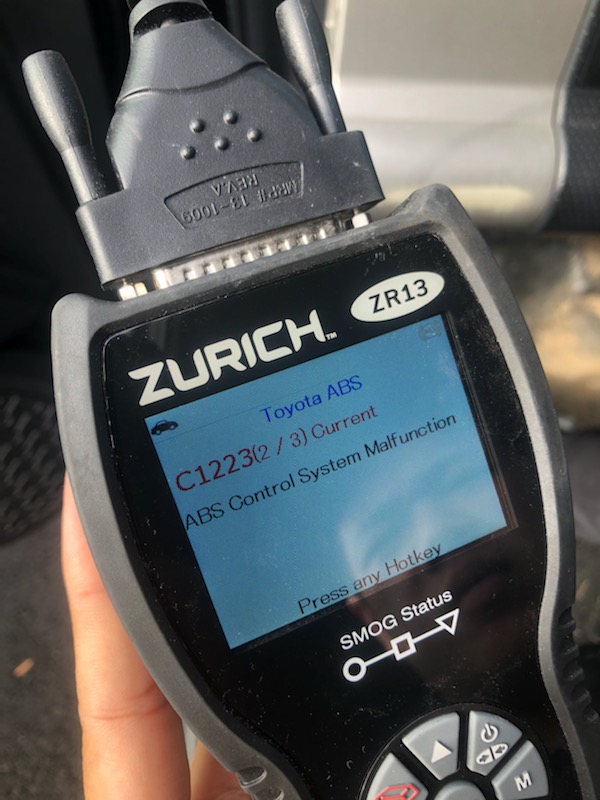 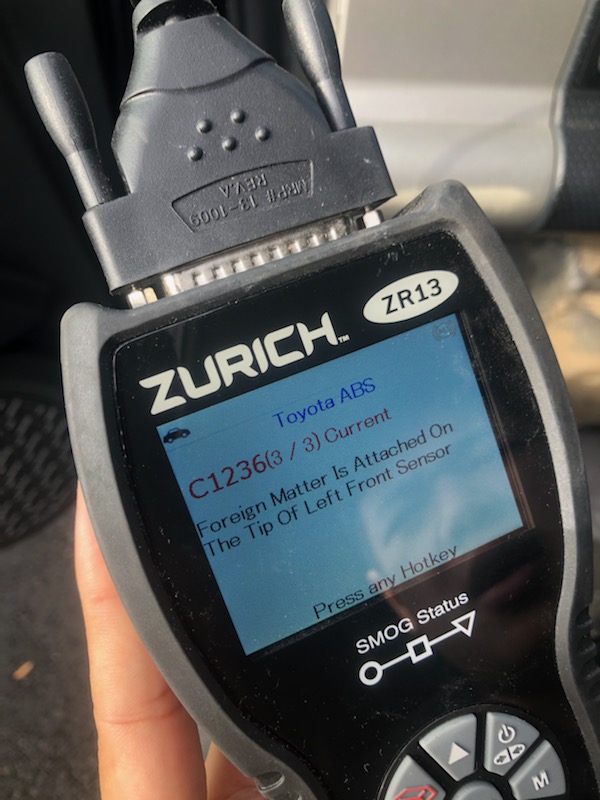 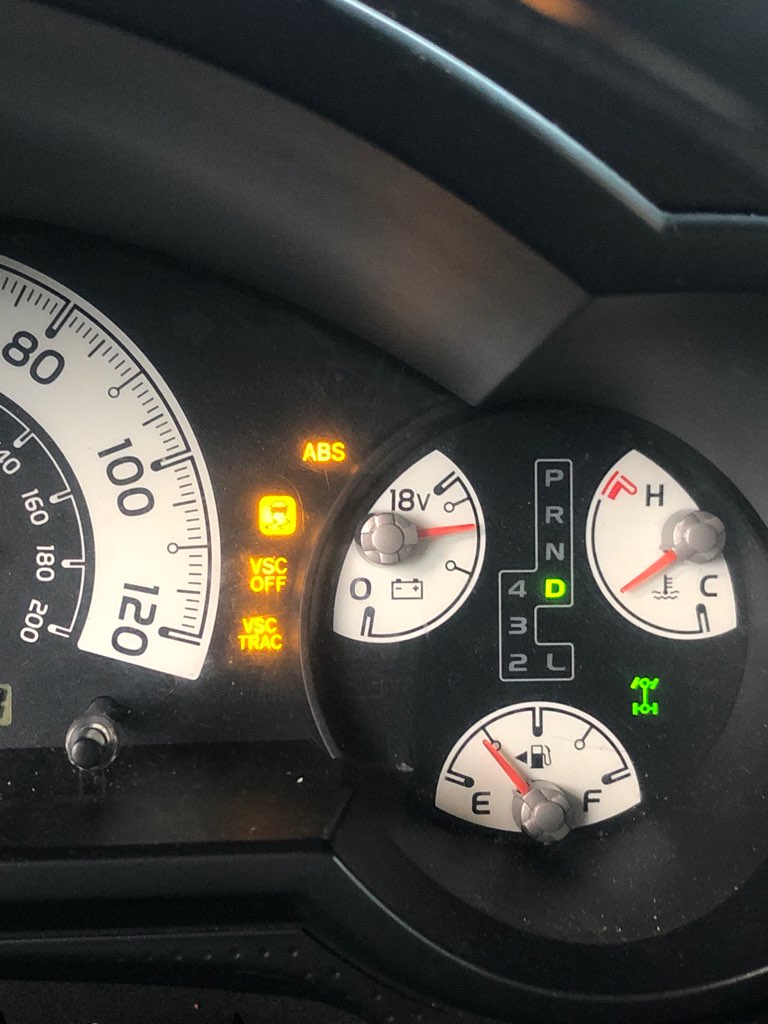 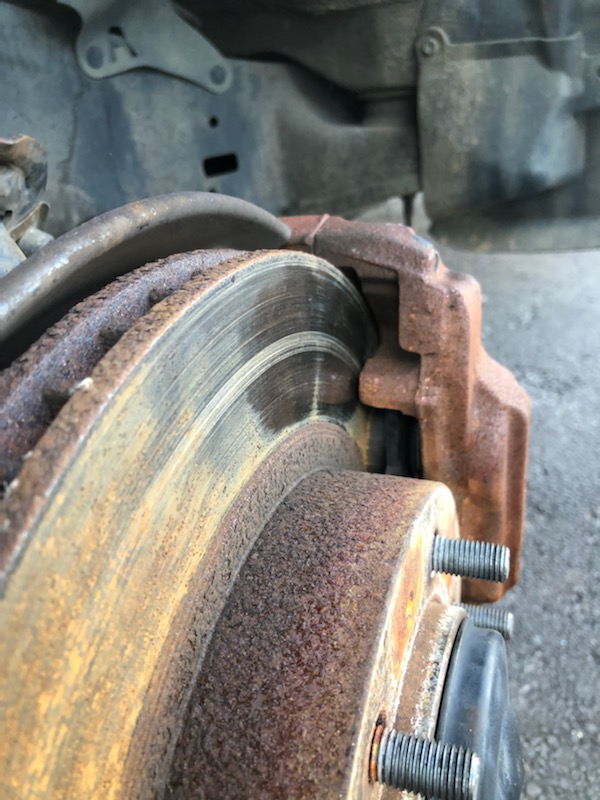 Wheel speed sensor is held in with a small bolt on the backside of the spindle, just follow the wire loom down the inside of the spindle, alongside the soft brake line. Remove the bolt and carefully wiggle out the sensor with a slight rotating movement. It's plastic so don't pry on it with a screwdriver, if you can avoid it. Remove it and check for debris. A little grease on it should not be a problem, but if it has metal bits or mud, that's an issue. In addition to the sensor, it may be the tone ring in the hub assembly. Based on the amount of rust I see, you are probably due to change the hub bearings anyway.

The easiest method is to buy a pre-assembled hub unit instead of just the replacement bearing. That way you don't have to press off the old bearing and press on the new one - a real time saver and headache saver.

I've used bluepitbearings.com for replacements and they have several price points now. The new hub assembly comes with the big o-ring, 4 captured bolts and new lugs, so it's handily a good way to go.

Here's a post on the unit bearing hub assembly

Do you use the A/C a lot? Might be an evaporator drain is plugged. Again guessing. But the A/C dries the air as is cools, and the A/C runs any time the knobs are set to defrost, too, and the condensation generally drains to the ground through a short hose. The hoses can plug on some...

Yep going for bits of rust or metal on the sensor.

looks like its almost time for brakes. when you pull the speed sensor out make sure that it is sitting flush on the knuckle, if its lifted a bit on one end or another it can also cause speed sensor codes. clean the sensor tip off, reinstall, clear the codes and see if they come back
You must log in or register to reply here.