Do I need to buy a flat bill now? Chap79 Tacoma Build

I like the jerry can location, fills the space perfectly. AZ has some great trails. As my thread started, the Tacoma replaced my 80 due to a mishap on the APT.

As for the mud flaps, they’ll get pull off before any off-road trips. I know better.

I call AZ the rockpile state. I do like spending time on their public lands. Beautiful, and diverse

Installed this Molle bracket from Desertdoesit.com to mount up the fire extinguisher. Might change to a Velcro mount to alleviate any accidental unhinging. 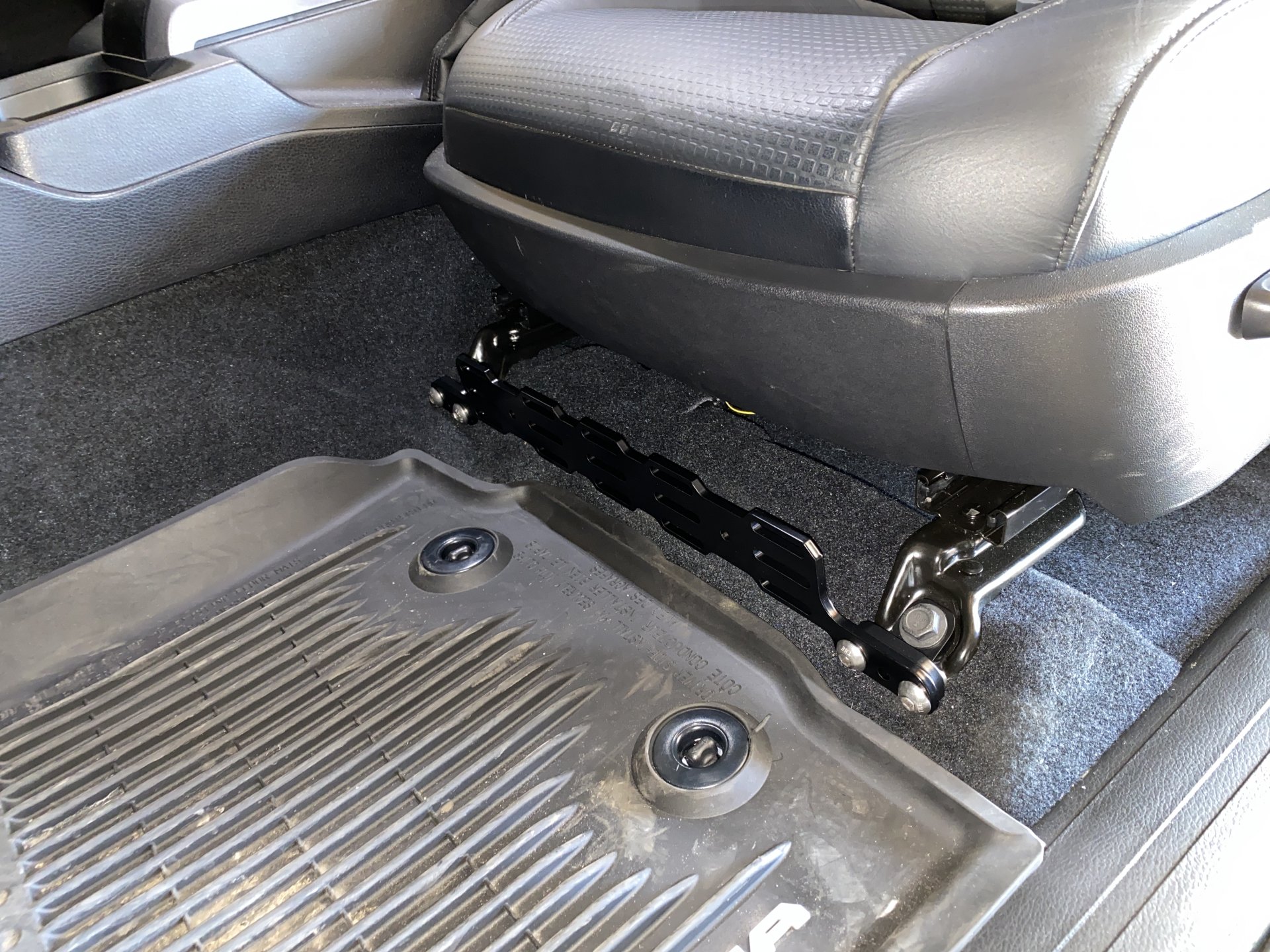 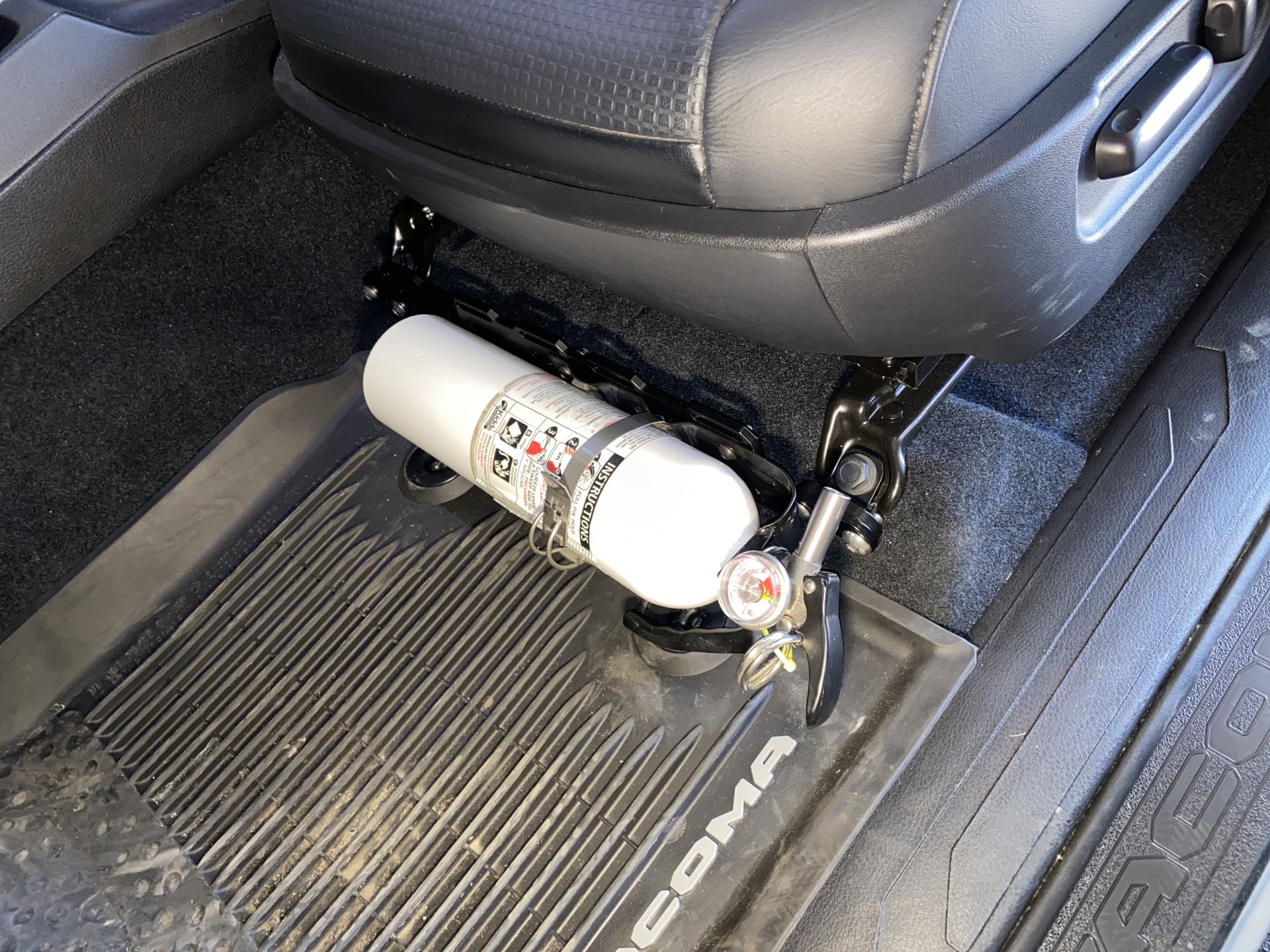 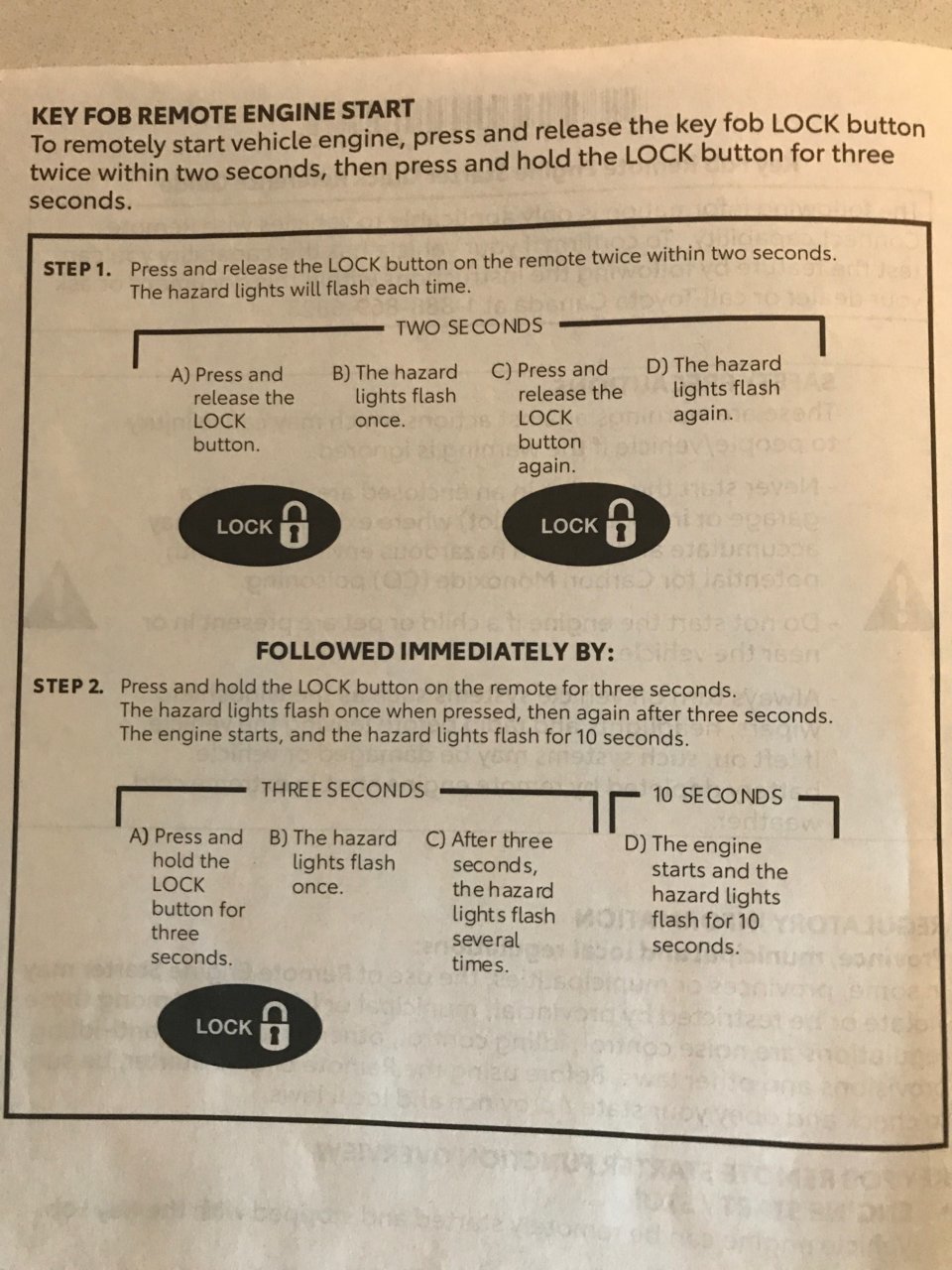 Yep, knew about that. You can also remote start the truck via the app. The truck doesn’t stay running though and will turn off as soon as you open the door, security for anti theft.

Same with aftermarket remote start on my 18. Which is annoying since the factory Entune has a DVR capability and you can rewind up to 20 minutes of live radio but when it shuts off it goes away. This past winter I ended up still going out to my truck with teh key, starting it up then tuning to my morning radio show and pressing pause. Radio commercials are the worst.

After taking apart my old Kenwood TM-v71a and trying to resurrect it after it took a swim in the Bob Williams River I realized it was useless. The control board was completely shot. The radio was on and in transmission when is was submerged. But the control head never got wet since it was on the dash. So still good for parts I guess.

So I’ve been shopping around for a new radio to put in the Tacoma. I thought about getting another Kenwood but they haven’t released any new mobile models in over 15 years. ICOMs are nice but their screens are too sensitive to heat. So I settled for the Yaesu FTM-400XDR.

Finding a spot to mount the control head in the Tacoma ended up being the hardest part. I played around with different mount types and different locations for far too long before deciding on using a RamMount off the side of the center console. This way I have a little flexibility with it and can still fit a large Yeti style cup in the holder. 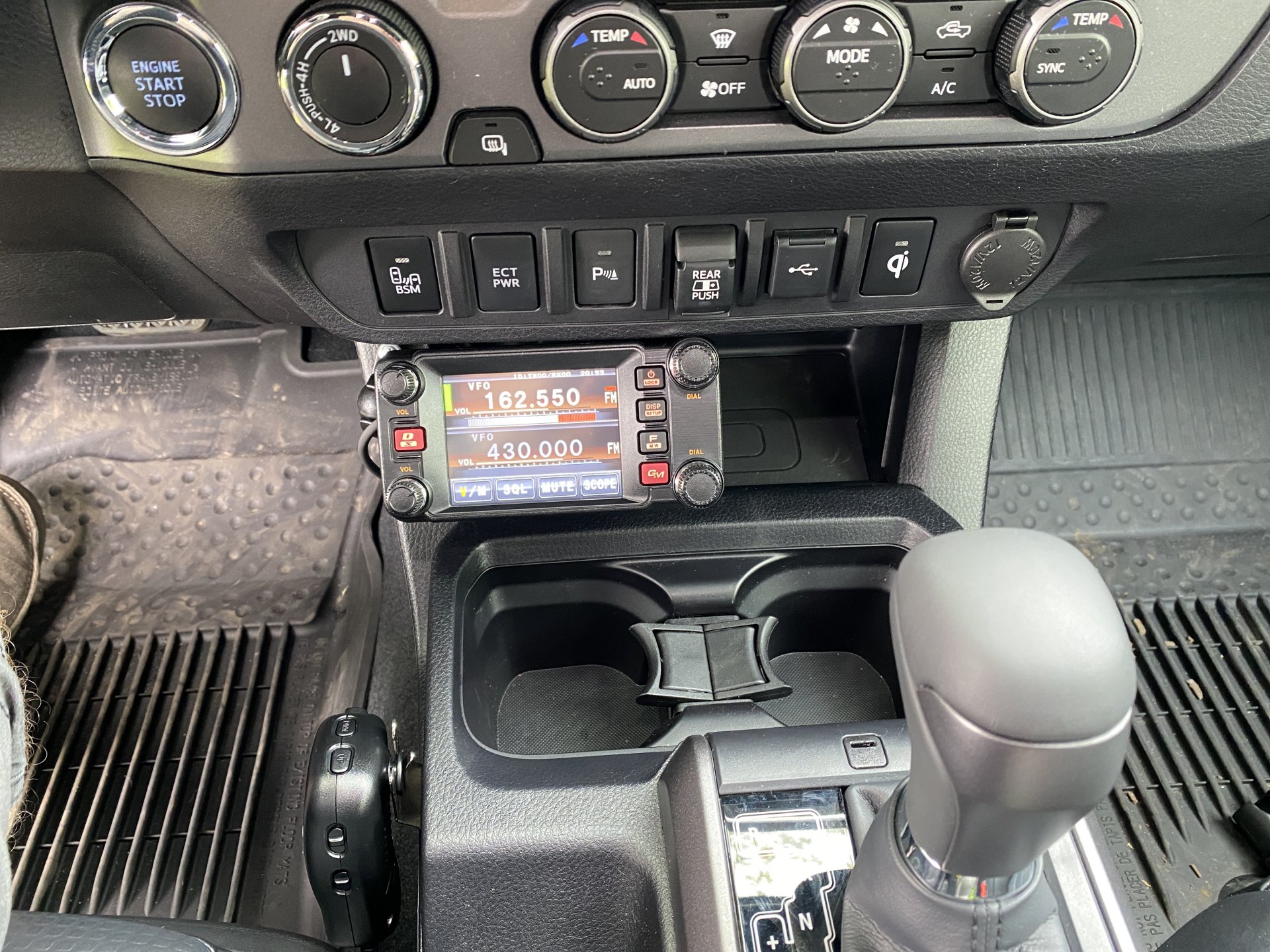 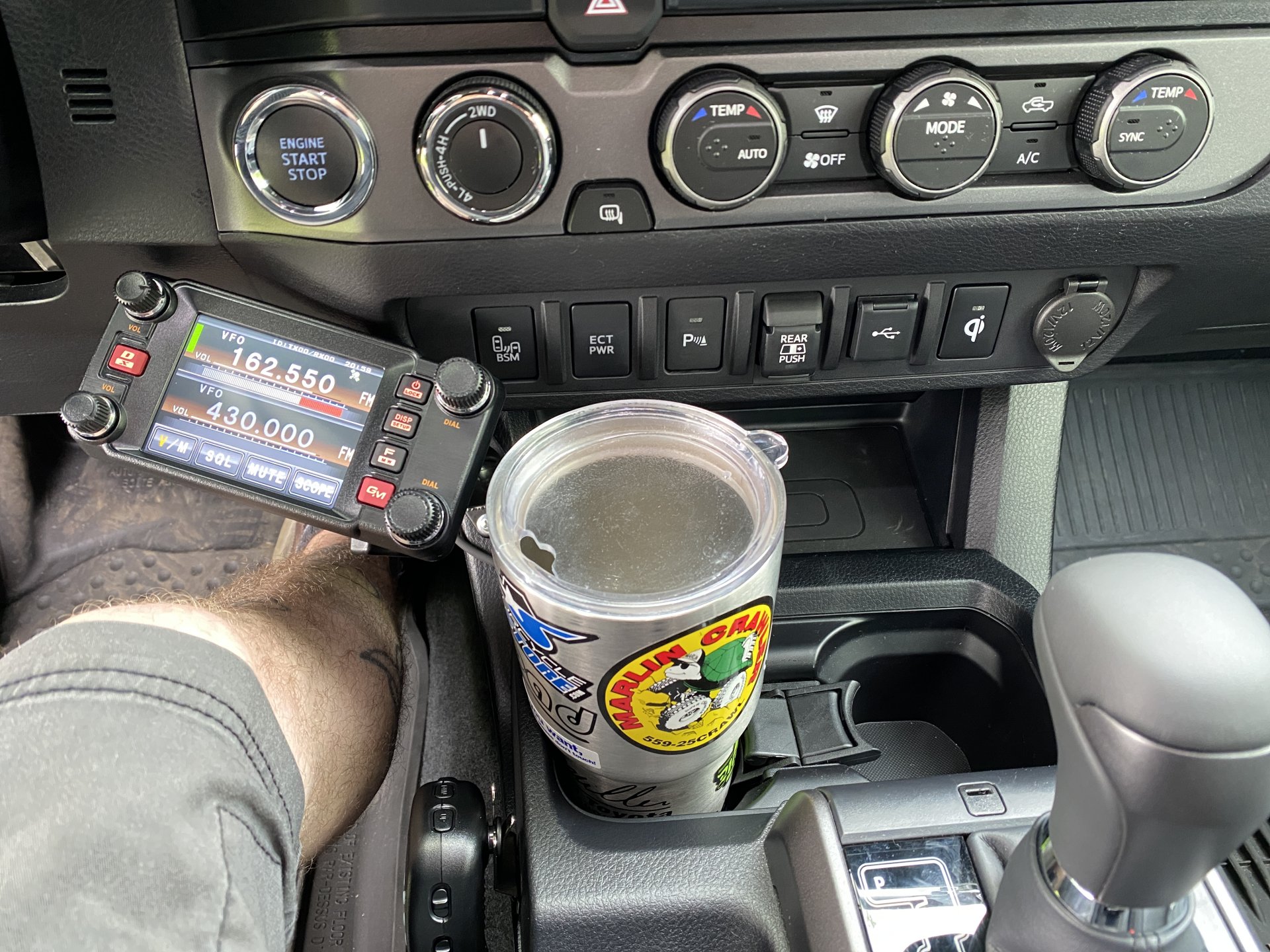 I also replaced the factory battery terminals with some fancy billet ones from SDHQ and the battery hold down as well. Additionally I also swapped out the factory flooded 24F battery for an X2 Power AGM 27F (made by Northstar. 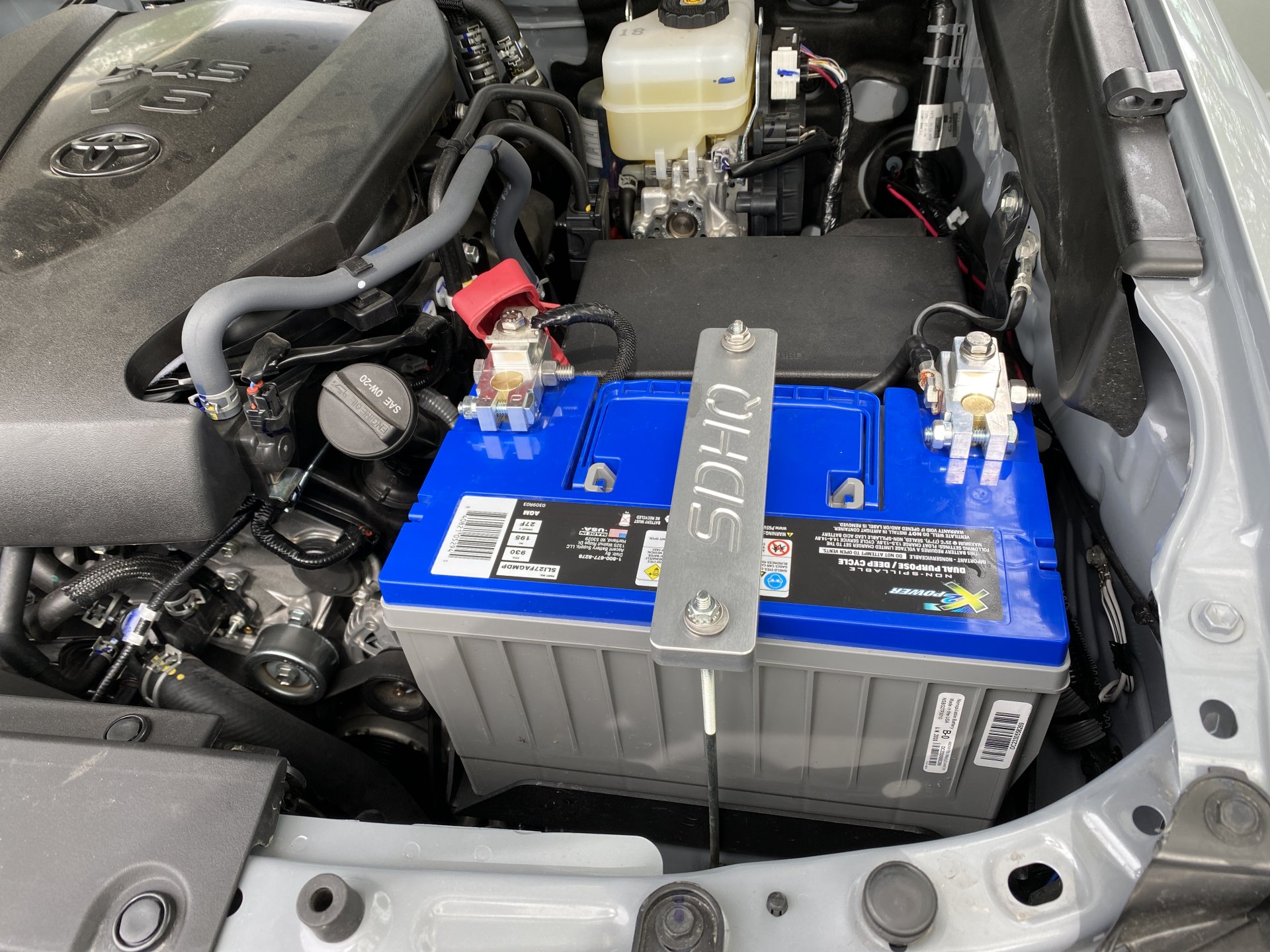 Now I need to start planning out the dual battery system and auxiliary circuits. I know that I’ll be using the Blue Sea 7622 for the isolator and that I have plans for my fridge, compressor, radios, external GPS, some more 12v aux and USB ports, lights, and 1500w inverter. I learned a lot when wiring the accessories on the old 80 and I’m sure I can do this install even cleaner. It just won’t be cheap.

Been slowly stocking up to install the dual battery, auxiliary fuse block, compressor, and fridge. Don’t have all the components I want yet but getting close. 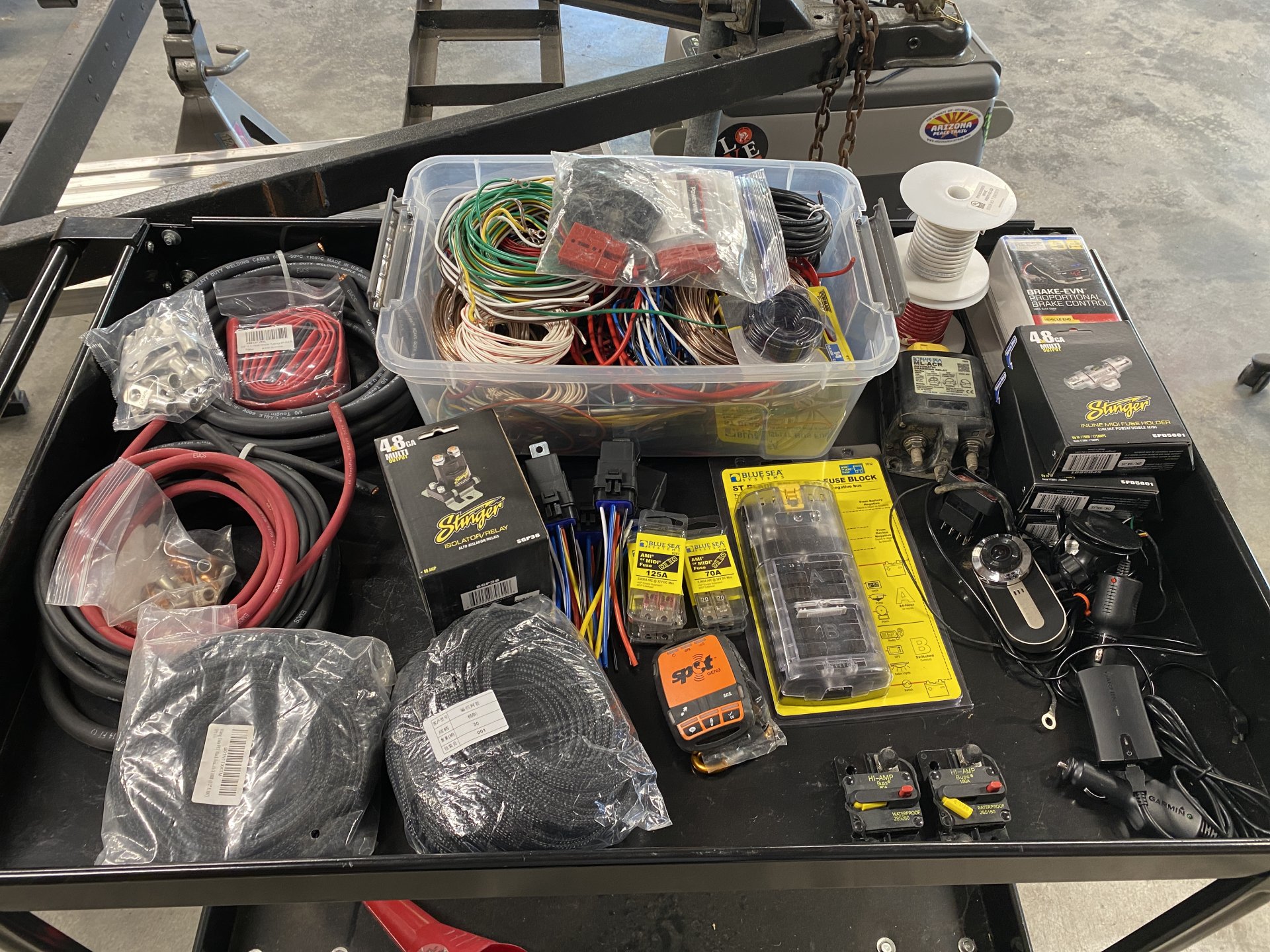 chap79 said:
Been slowly stocking up to install the dual battery, auxiliary fuse block, compressor, and fridge. Don’t have all the components I want yet but getting close.

I might start this one first, planning a bed slide for the fridge, jerry cans, and air compressor. 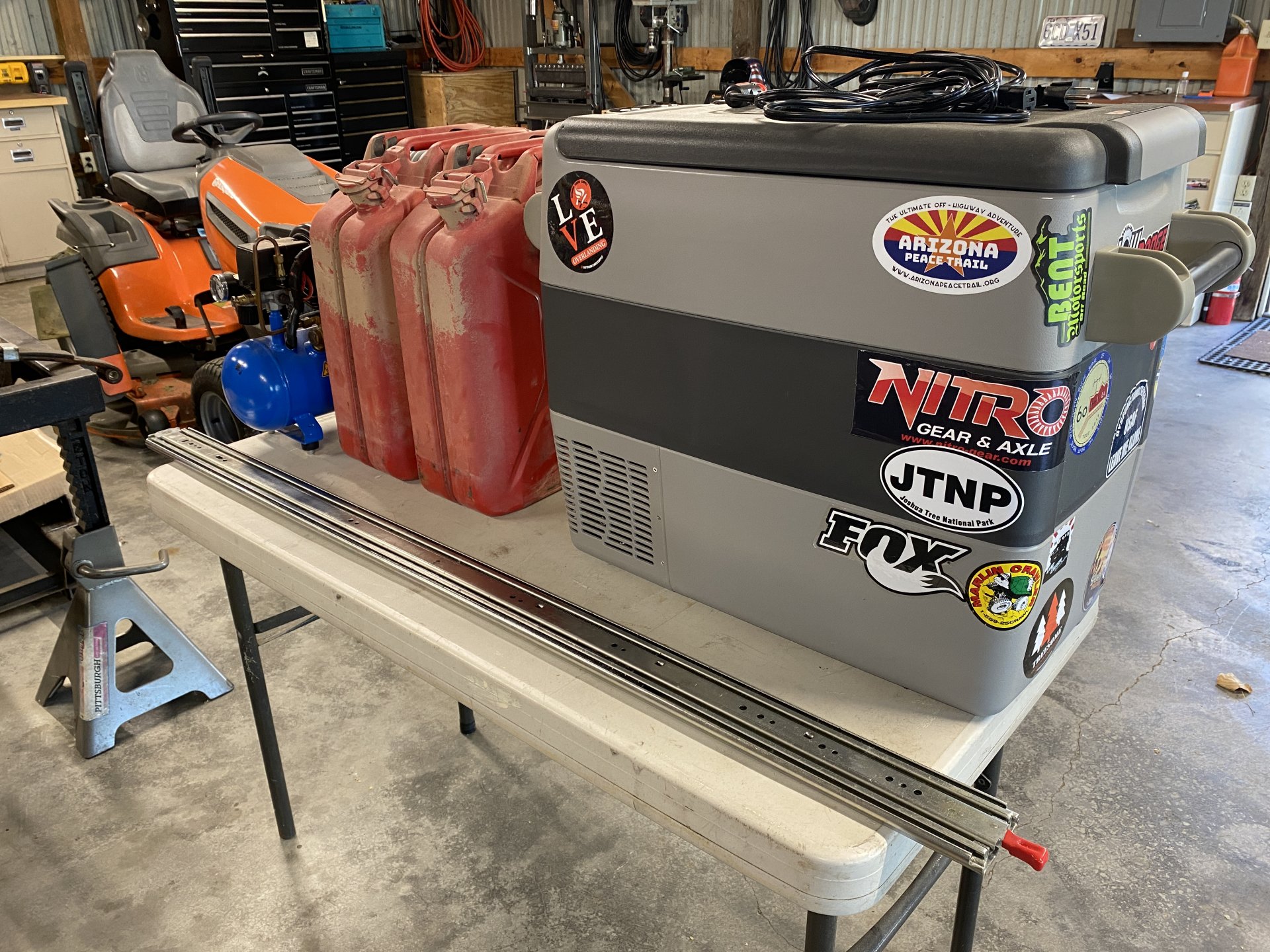 Where did you get the slides?

I bought them from Ovis Cabinet Hardware. www.ovisonline.com

Little bit of work on the tray for the fridge using some sheet I had on hand. I decided I’d make each tray individually to make it more modular since my finger brake is only 19” wide. More work overall as I have to get each section the same overall width and hope I don’t get any binding on the rails when it’s done. 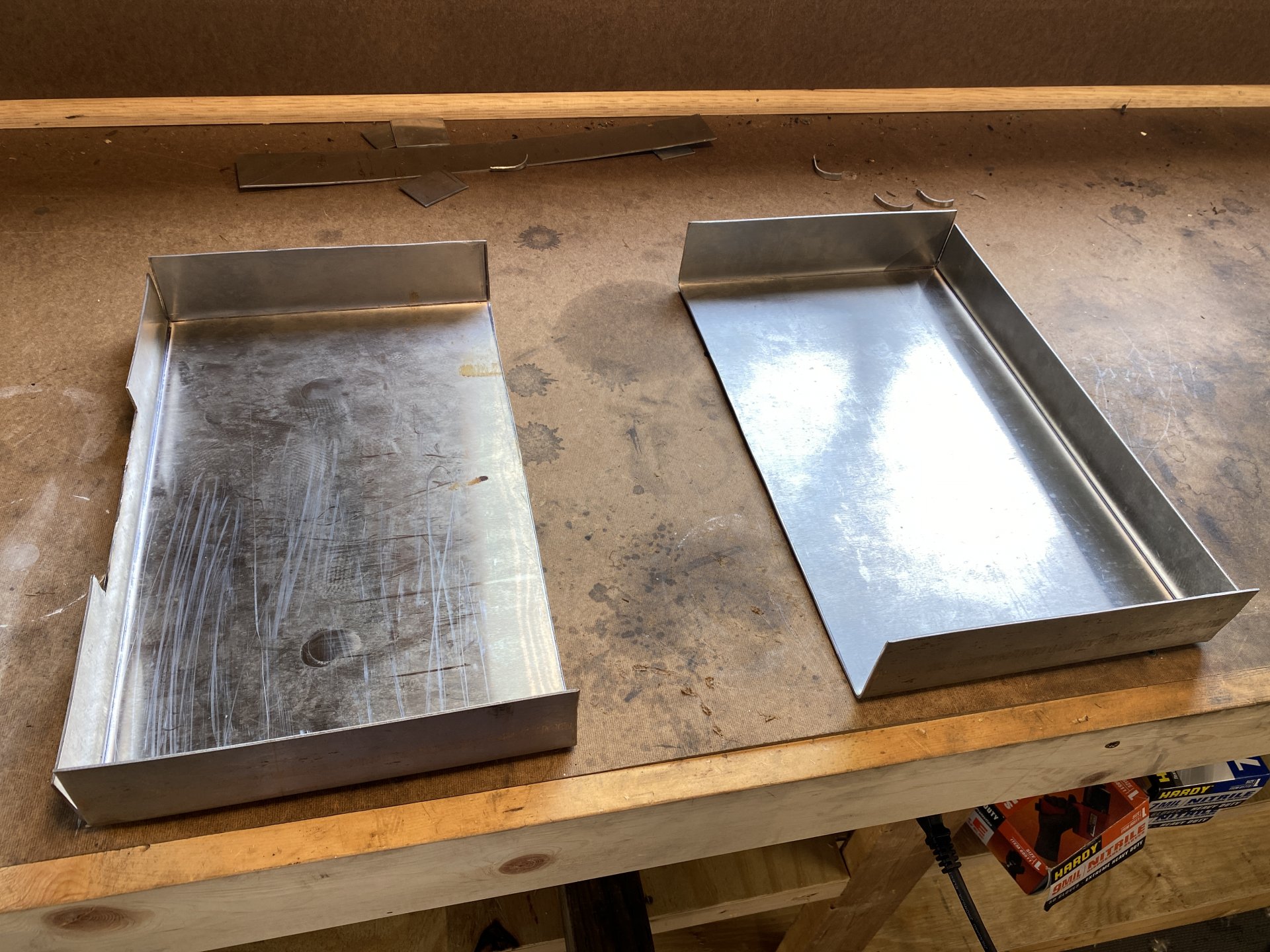 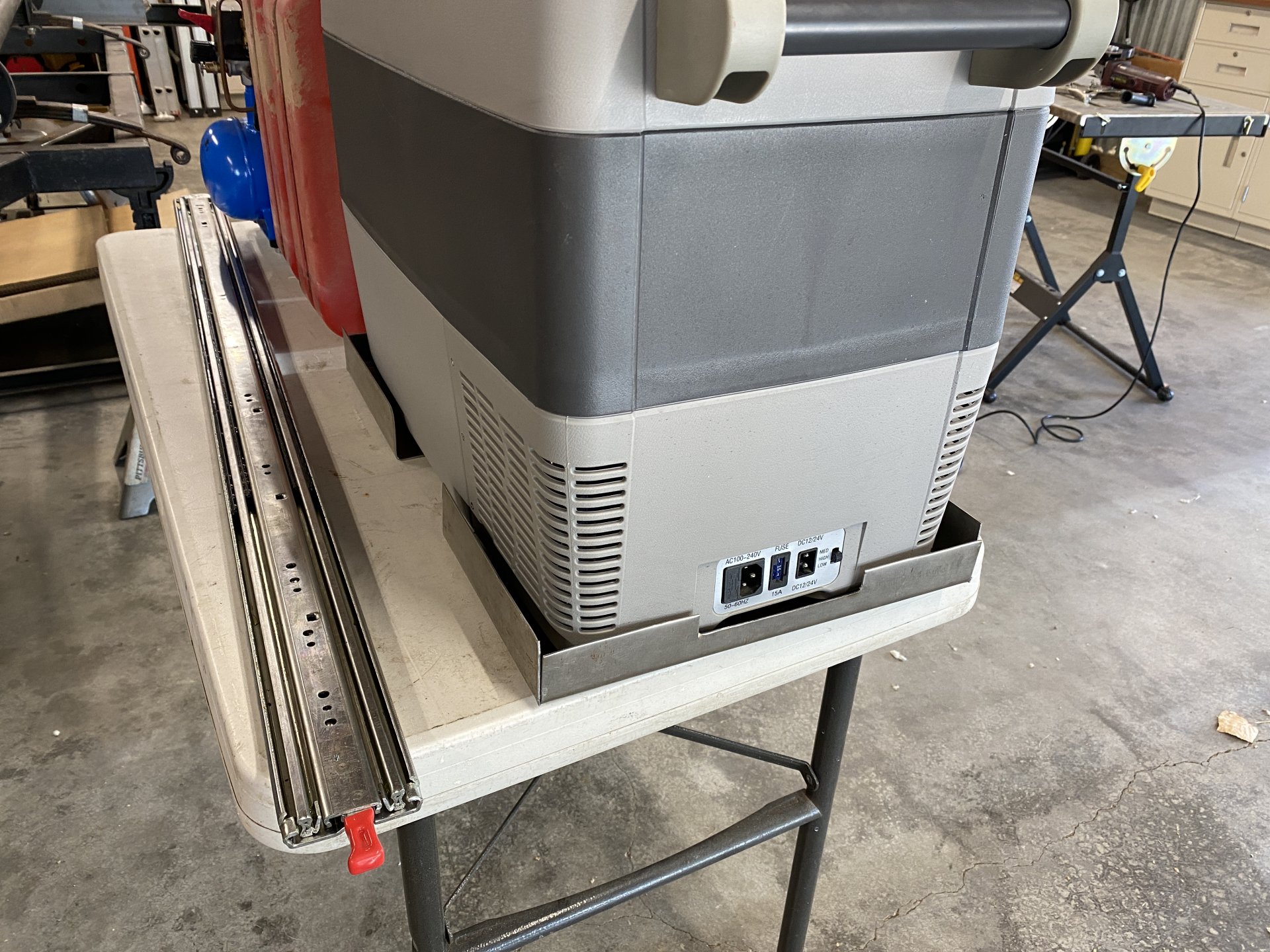 Made a new fender lip antenna mount out of a scrap piece of 14ga SS. Still need to drill the hole for the antenna but am going to wait to see the size needed for the new coax. Hopefully this one won’t bend like the old one on my LX every time it passed a tree limb. 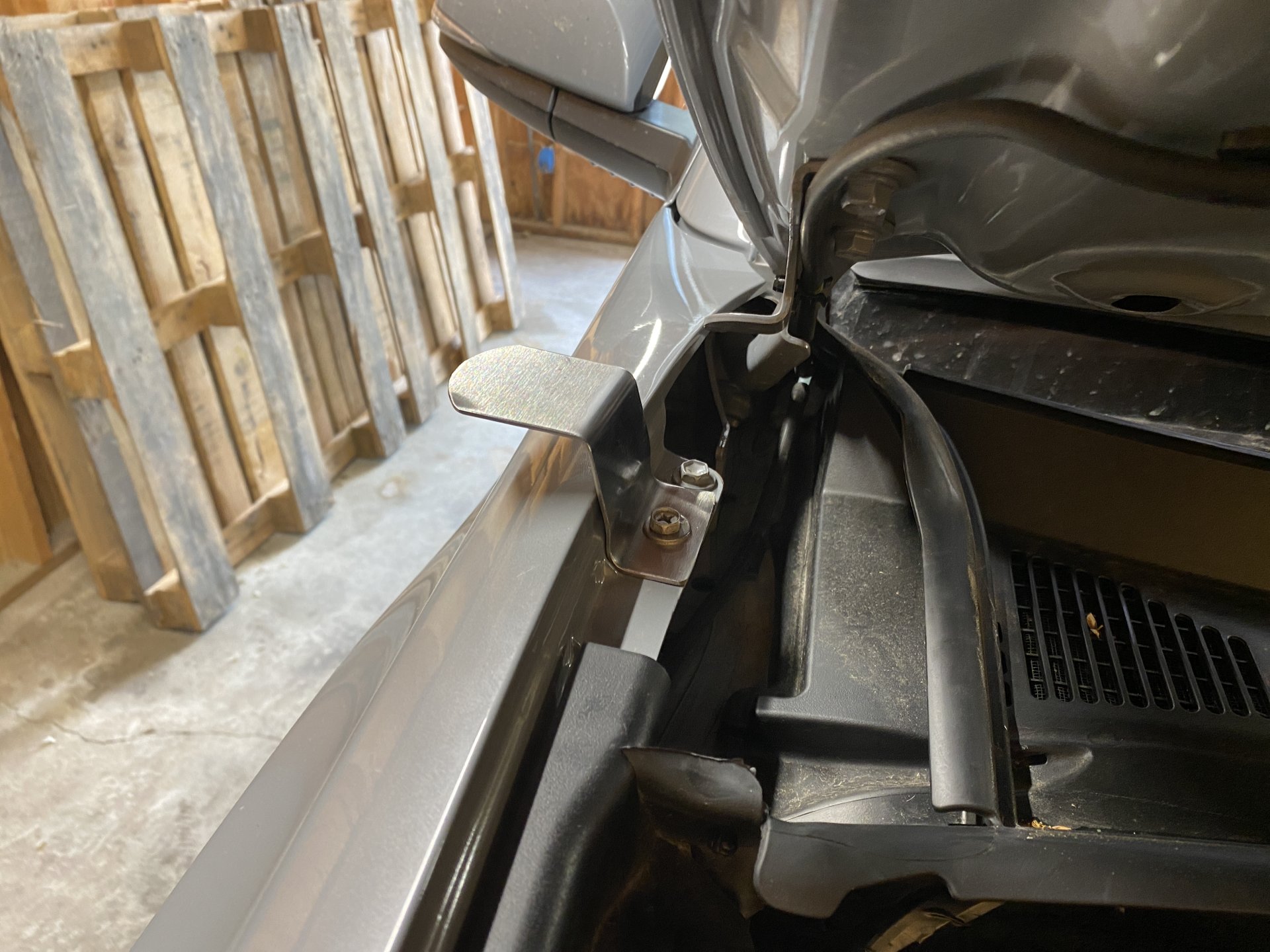 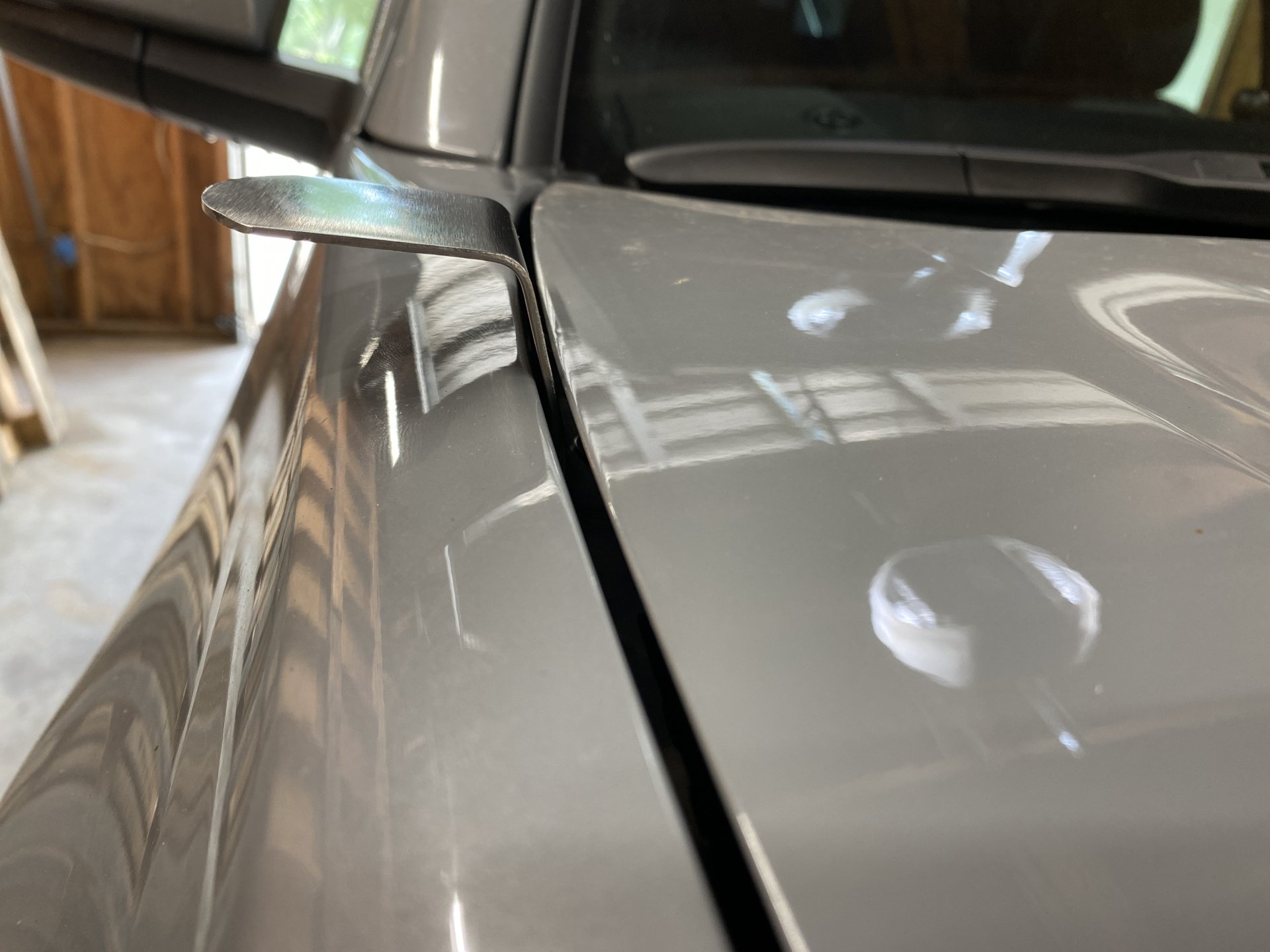 High mileage T100 T-Shooting - What Should I do