1987 fj60 has a 2h turbo diesel with 50,000 on a rebuild and a ton of extra gaskets and seals, h55f, 456 gears with a lock right in the rear, OME lift, shackle reverse in the front and HFS shackles in the rear and 33 inch tires with about 75% tread. I did the diesel swap and h55f in January and put in a new clutch and release bearing. the locker and gears i did in april along with a knuckle rebuild. it has all fresh fluids and dosent leak a drop any where. The rust is a little better then average for utah. $11,000 OBO

1970 fj40, Soa with 35 inch tires half tread, tbi 350, sm420 trans, lockrights front and rear and a custom 3" flowmaster exhaust. I brought the fj40 with me from california when i moved to utah so it is 99% rust free. i have found out living in utah that is hard to find. To be smog exempt in california the only thing on it that is 1970 is the frame. Everything else is off a 1976. I did roll it. It wasnt as bad as you see on youtube. The rear doors are in perfect shape. the hardtop needs a little work in the front but nothing major and the doors I planned on cutting down to half doors. I have spent that last 2 years replacing everything else. I drove it down to cruiserfest this year and had no problems doing 75 down the highway. The only oil leak is between the transmission and transfer case. $5500 OBO
K

Fj60, I will add more picture later if you have a specific pictures you would like i would be happy to email them to you. 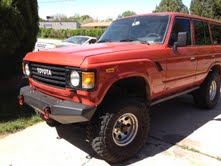 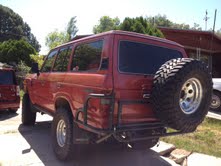 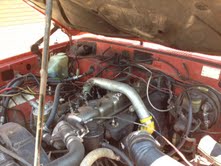 Fj40, I will add more pictures and please ask if you what a specific pictures. If someone is willing to buy both rigs I can work out a package deal. Thanks 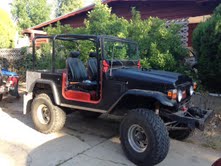 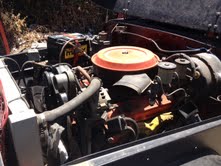 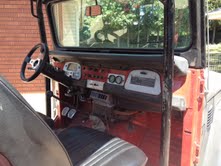 What kind of front bumper is that on the 60? It looks good haha.

Ktm steve, I am interested in your 60. Would like to see more pics. Sent you a pm with my email. FYI I have cash in hand.
K

just updating. The 60 is still for sale. I put new tires and a deep dish wheel on it. I dont want to go lower then $9000. It is well worth it. I have a car trailer so if your not to far away i can tow it to you. I want to sell it soon so i cant start my next project. 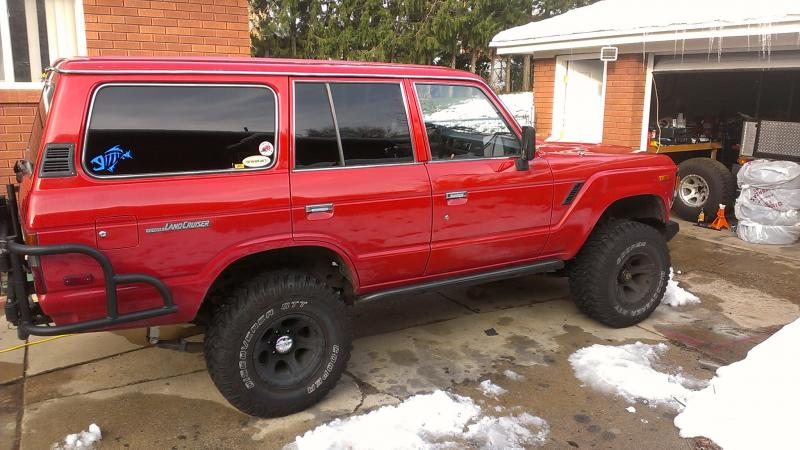 I was curious about the make of that front bumper as well. Looks great on that rig! Good luck with the sale.

I built the bumper myself. burnt up 3 grinders making it.
A

Well you did a nice job. It looks great! If I provide the grinders will you build one for me!!
K

A few pictures and a short video. i forgot i also have a ton of extra gaskets and seals for the motor and a tom woods front drive line.

Steve I'm interested in the fj60
I tried to PM you. Left number.

The fj60 is still for sale. I didnt want to do any trades but I am in the need of a daily driver. I would prefer a toyota pickup but would consider anything in trade.
A

I was hoping to speak with you today regarding the 60. Please reference the PM for my phone number. Thanks.

Good price for a diesel.
K

the extra gaskets, fuel filters, oil filters and toyota repair manual i got when i bought the motor. I hope this will sweeten the deal a little. I really need the 60 sold to start on my 40. 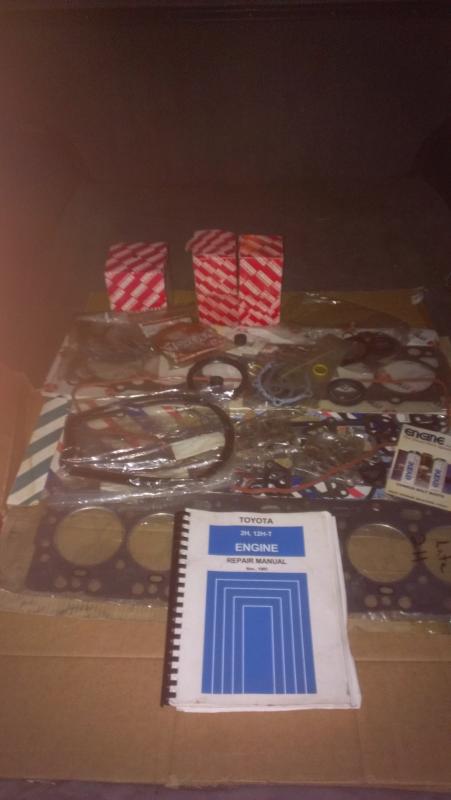