Buying my first 100 series, how many miles is too many to start? (3 Viewers)

tjb said:
I agree with everything in @kgrove's post, but having recently shopped and replaced my globes, would add this:


I paid $90 for shipping from Japan; ToyotaPartsDeal just told me it was about $19 to ship four globes.

It's a pretty easy job to swap them out, depending on rust. Empty the AHC fluid, unscrew the globes, screw the new ones in, refill the AHC fluid.

I'd echo this. I think a lot of LX owners bought a pre-paid maintenance plan/warranty as well. The LX I purchased was religiously taken to the dealer at every service interval, and all the scheduled items were performed.
Click to expand...


That's the part the globe screws into: 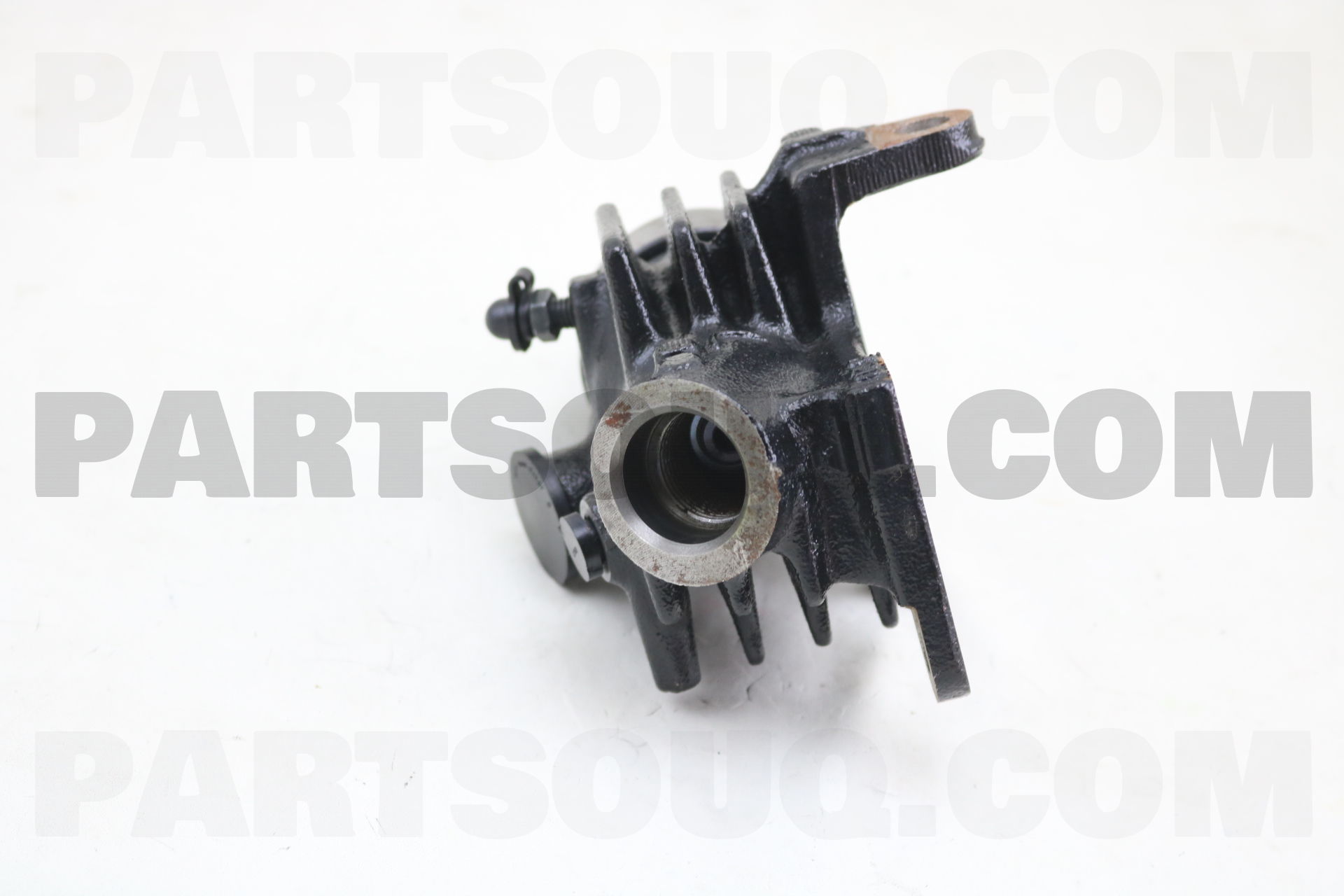 Posted the links to the globes in another thread:

NashvilleLandCruiser said:
Anecdotally - have an '04 that is at 250k. My second LC. Bought it in May, 2017 when it was at 190k. Absolutely love it. Took it this past summer from Nashville to Sedona to the Grand Canyon to Bryce and Arches, then back through CO, over Independence Pass, and back to Nashville with my son. We changed the oil prior to going (that's all) and did over 100 miles on unpaved, dusty NFS roads while on the trip - no rain on the trip. Got the oil changed upon return and thought the air filter would be cooked. Guy doing the oil change asked me why I thought I needed a new one. Have a timing belt coming up at 270k that I will do in about 5k. Been an amazing vehicle. My son is turning 16 in a few months, and he thinks he is getting it. He is only getting it (and working for it at that) if I can find another 100 for me. I have a saved search on Cars-dot-com for 03-04-05 LCs and monitor it constantly. Would love to have two in the driveway.

With both vehicles, my wife discovered them while driving past used car lots. Seriously. Both of them. And both rides have been/were fantastic. If I can get into two LCs by what at first appears to be dumb luck, on second consideration I have to believe that these things are basically workhorses across the board.

(That post above about all of the things that can go wrong around 200,000 miles has me slightly freaked out, but I haven't had any of that stuff appear yet, and I think I am going to roll the dice again this summer and head out to AZ on the current set-up, with maybe some new tires.)

I might have too cavalier an opinion, but I am 50 years old and currently plan to drive used LCs until they take my license away.
Click to expand...

And to the OP, +1 for the LX comments. When I started looking, I read Slee’s newbie guide to zone in on the year I wanted to look for, as each year of the LC, they added features. Then at the end it said, all features were included on the LX from 98 on. Sold it for me, cuz I wanted the AHC and other features. Then it was just a matter of finding one I could afford without rust. Landed on the 2000 in my sig, and it already had 315k on it. But also seconding the above post, records for DAYS. Most of the work done at one dealer. And I’m loving the ride upgrade from my 80 series.
Last edited: Dec 24, 2020

Just some information from the western half of the country as I just upgraded my Tacoma to an LX. Maybe the market is worse here but here are some Mountain West stats from someone who spent a year and a half watching the market before being able to make a move.

I just bought a 2001 LX out of Montana. It lived in Texas from new until 2014 when sold into Montana. 130k miles. Yearly dealer maintenance until 75k/2011. CarFax shows regular non-dealer maintenance since then. Timing belt done at 120k. Vehicle had an interesting AHC “conversion” done at some point.

A 2006 LX needing major VGRS work, timing belt, etc. with 120k sold at a dealer here in Salt Lake for 20k. A 2006 LX with 100k sold at a different dealer in Montana for 26k. Both dealers received multiple calls per day from all around the country on both vehicles.

Since buying mine three weeks ago it has gotten the following:

The next items were all the issues when I bought it. It had a PPI at a Toyota dealer and they missed everything listed below. Cost at a local LC specialty shop was about 2500 total.
NEW STEERING RACK
HEATER T’s
RADIATOR AND ASSOCIATED HOSES
SERP BELT
Last edited: Jan 14, 2021

utflowerman said:
The next items were all the issues when I bought it. It had a PPI at a Toyota dealer and they missed everything listed below. Cost at a local LC specialty shop was about 2500 total.
NEW STEERING RACK
HEATER T’s
RADIATOR AND ASSOCIATED HOSES
SERP BELT
Click to expand...

This is exactly why I will walk each and every serious buyer through every inch of my rig - The Good, The Bad, and The Ugly. I've done this before on cars I've owned and sold, and because of this, I always manage to get the seemingly higher sales price that I ask. Folks end up knowing EXACTLY what they are buying.

The buyer can also get a PPI done, but I'll bet dollars to donuts I'll help them develop a "needs to improve" list that is longer than any PPI can generate.
You must log in or register to reply here.

N
How to maintain a car that is left out in the cold and can't be driven for a few weeks?