First and foremost, this is not a project for the faint of heart. With that said, I am selling my 1965 lwb fj45 removable hard top. I am the third owner. The first owner had it on a farm in Northeastern Wyoming. He passed away and the cruiser sat in a field until it was purchased by the second owner in 1994. It was original when he purchased it. He bought it without a title so his plan for getting it back on the road with plates was to take his 79 FJ40, cut the cowl,dash, windshield, front door jambs and front clip and put them on the FJ45 body. (Why he didnt just swap the vin tags is beyond me..) So as it sits, the front of this 45 is truly a 40. Sadly, the front of a 45, rear of a 40 and all of the 45 drivetrain and axles were taken to a scrap yard and are probably worn out Harbor Freight tools by now. His plan for the running gear was to take everything (Literally everything) from his low mileage 90’s Toyota mini truck and transplant it to the 45. He soon gave up and there it sat. After 26 years of taking up space in his heated shop, he decided to sell. Having owned many 40’s, a 60 and even an 80, I had always been itching to own a 45. I drove one once as part of a bargaining chip from a guy buying a 40 from me years back. (We were arguing over $100 in the price and I finally caved but only if he let me take his 4bt swapped 45 for a spin. Worth it.) I had been wanting one ever since.


My plan with this one was to transplant a 5.3l/nv4500 and use it as a daily. I’m selling it because I am going back to college to finish my degree. Although I’d rather have a cool 45 than a degree, something tells me one will be more valuable in the end. I will attach a link to a Google album to show pictures of everything. If you see something in the pictures, post a reply and I’ll answer the best I can. Feel free to comment, ask questions and debate. I took lots of pictures to try and be as transparent as I can. There are lots of parts in the cab, bed and spread about in the yard, I’ll try to include a rough list of what I have but pictures will be the best source to answer most of your questions. Please note that there are a lot of mini truck parts scattered in as well. I will let the new owner decide what belongs to the 45 and what doesnt. I kept everything I got from the PO.


It is now registered as an FJ45 and I have a clean Montana title with plates in my name.


TO BE CLEAR: the grille, front fenders, hood, windshield, cowl and dash are a 79 FJ40. The rest of the body/bed is 45. The frame is a 45. No cracks or rust on the frame. There are a few small rust spots on the bed and one on the passenger side front fender.


The winshield is cracked. I have 2 corner glass pieces. One is original to the 45, the other is bigger and probably off of the late model 40. I have 3 door windows. I believe 2 fit the doors and the other one is from the early model doors (not positive, see pictures). I also have 3 side steps (2 early model and one later) as well as 2 early style fender toppers. Steering column is from the mini truck. I have all, if not most of the original switches to the truck. For fear that I am boring you with all of the small details, look at the google album. I have pictures of everything. Ask if you want a picture of something specific.


Please ask questions in the comments below so that everyone can see them. Again, I want to be as transparent as possible.


Here is the link to the Google Album: Untitled


Please note that the bed is not bolted on and thus looks “crooked” in some of the photos. It is slid over to the drivers side. 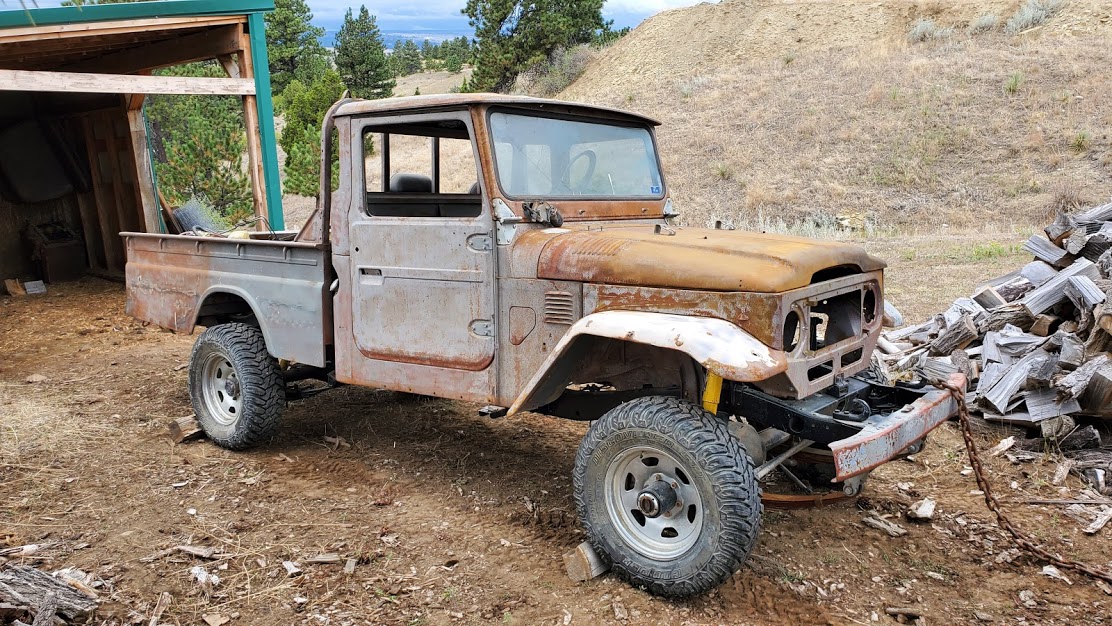 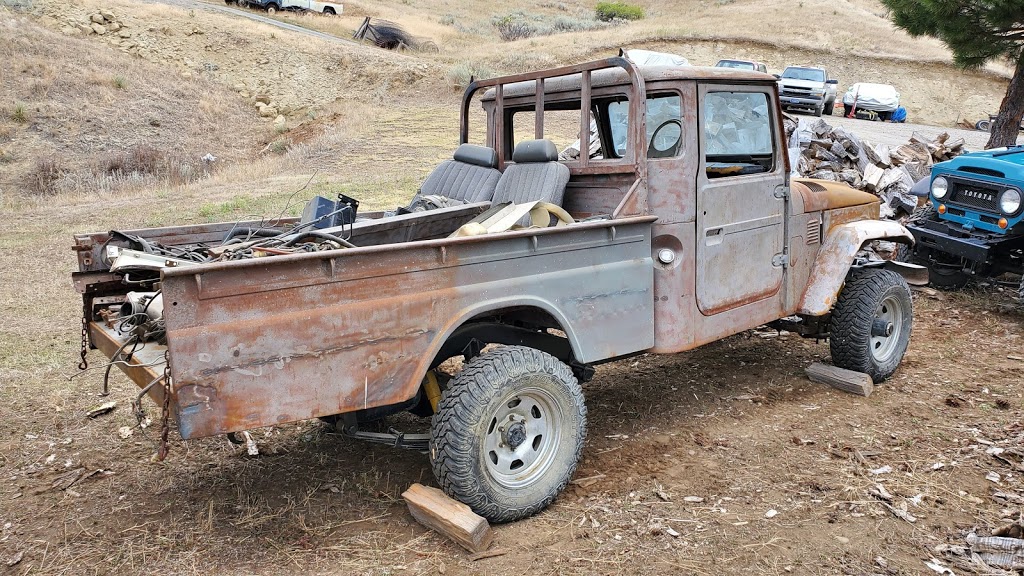 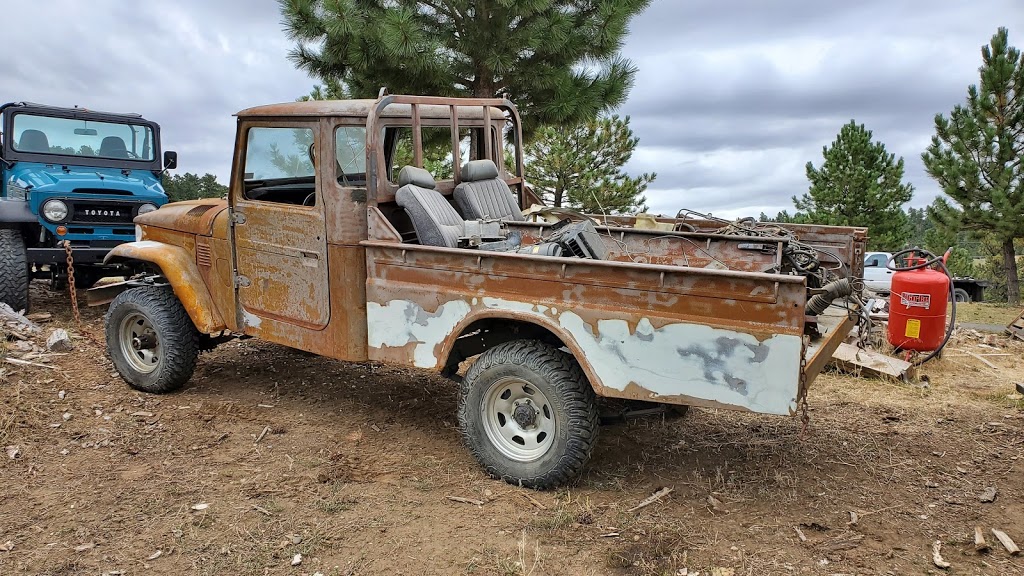 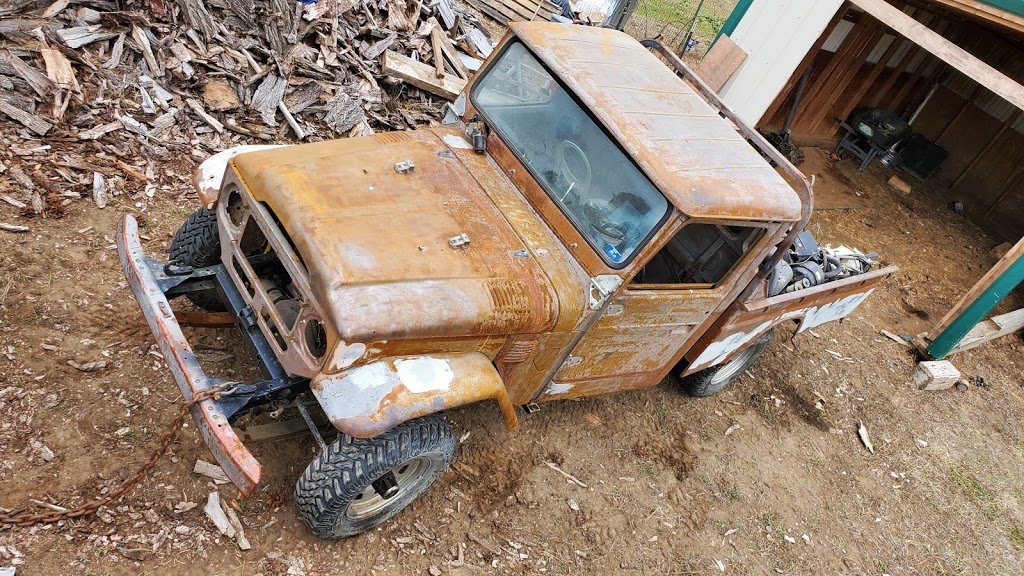 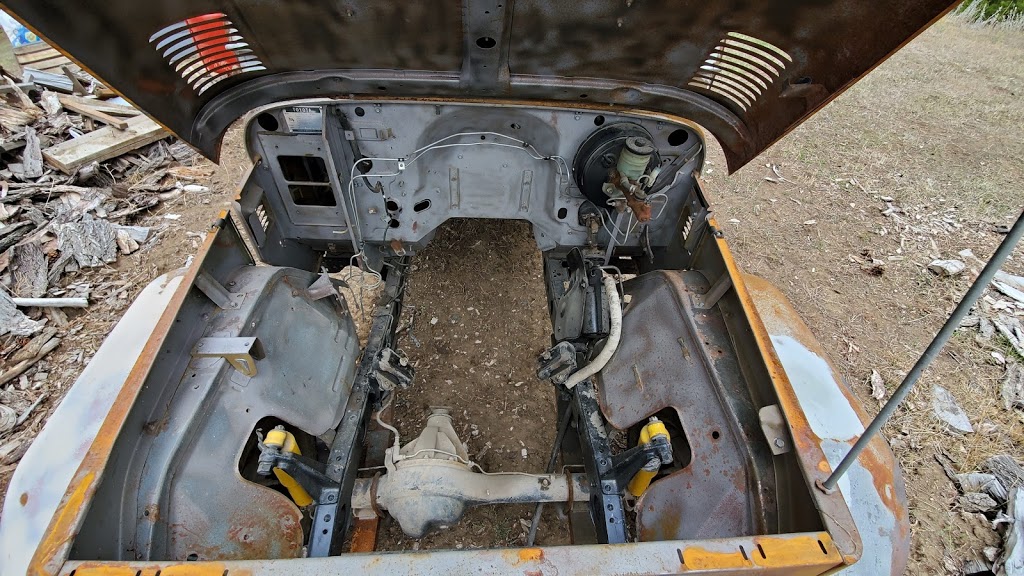 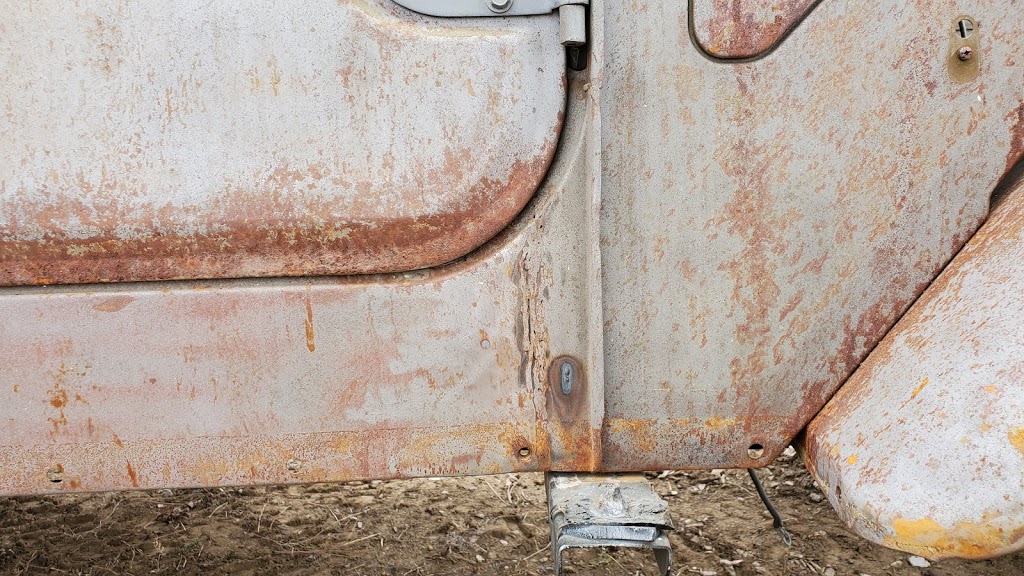 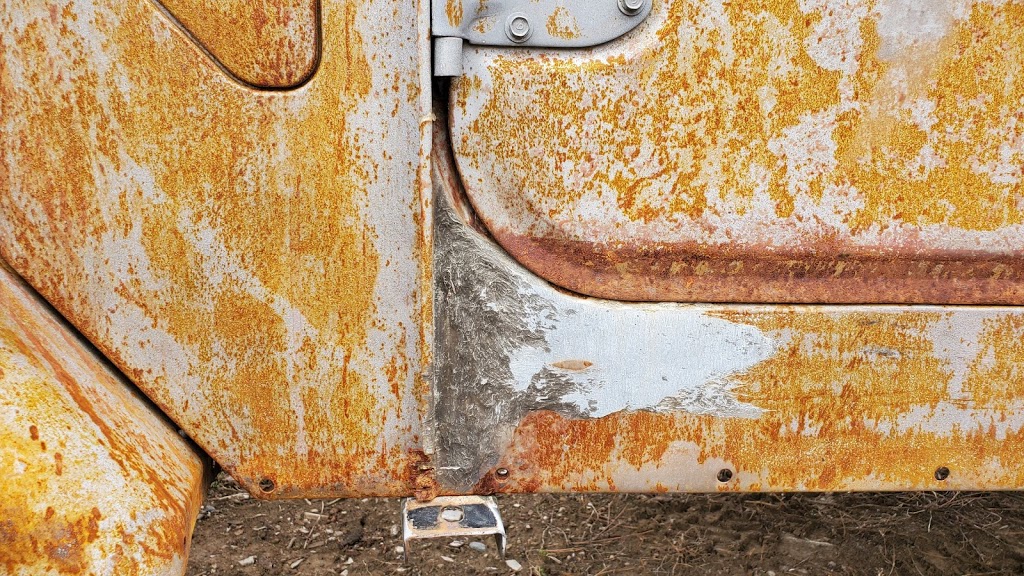 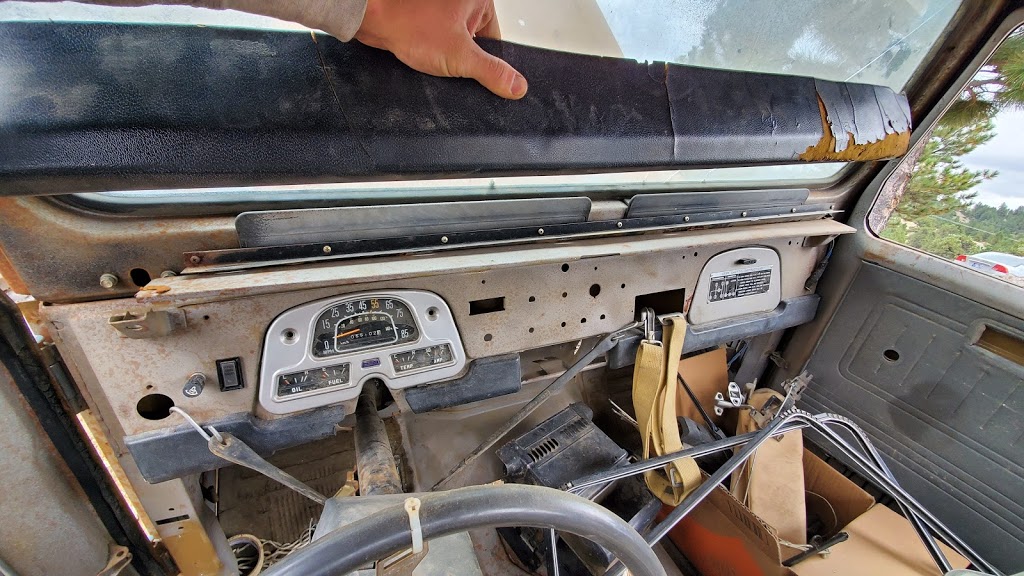 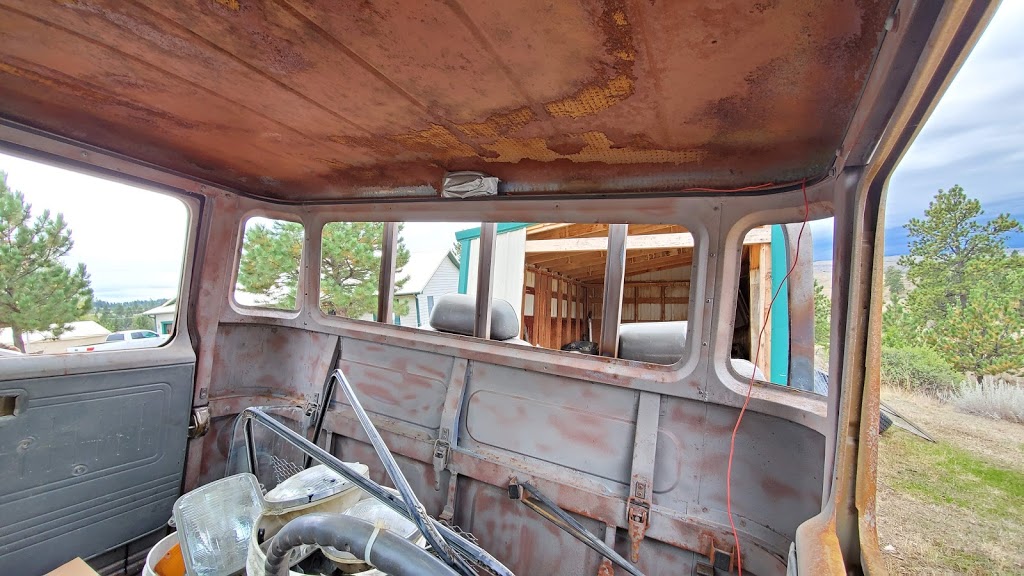 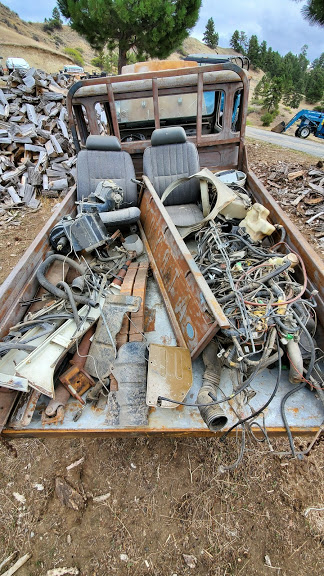 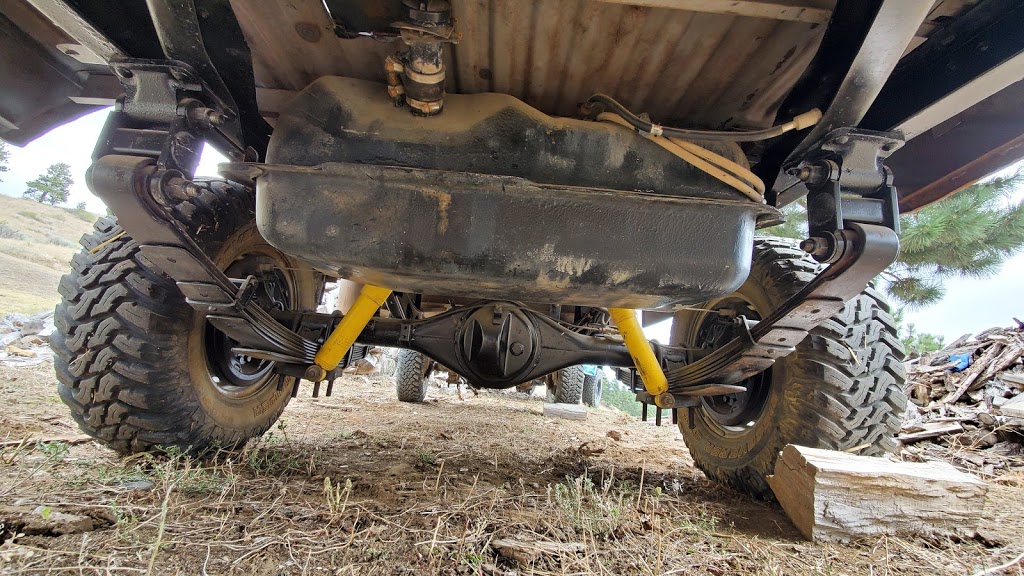 I assume the fuel tank is out of the mini truck as well. There is an access panel to the fill neck in the bed. 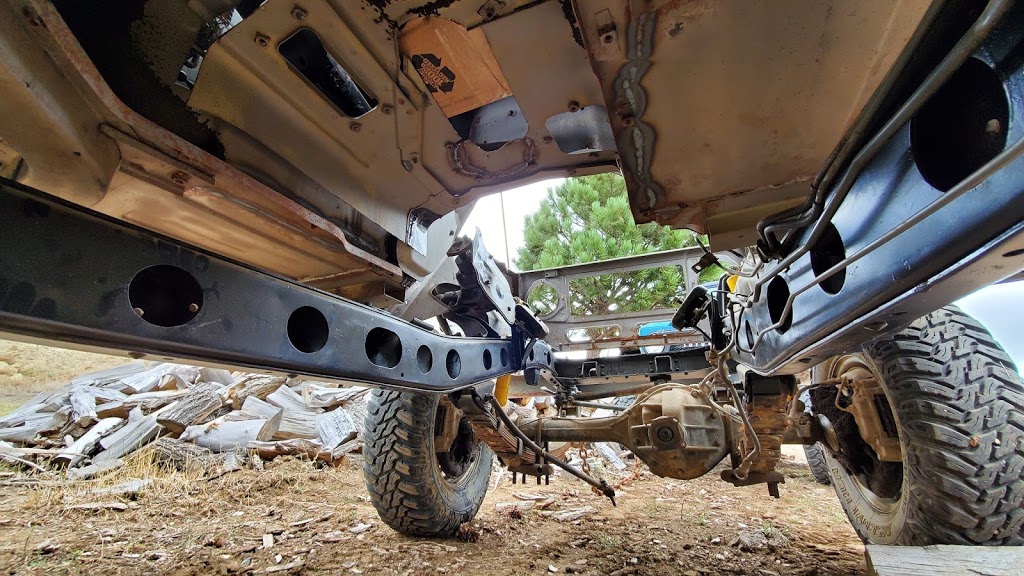 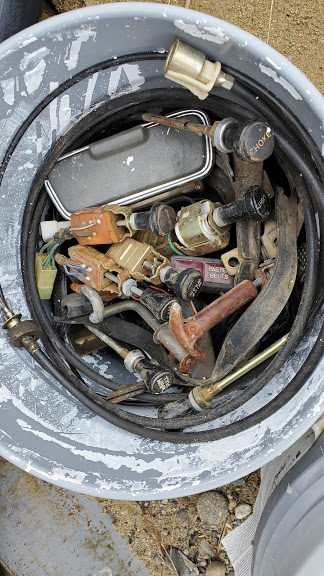 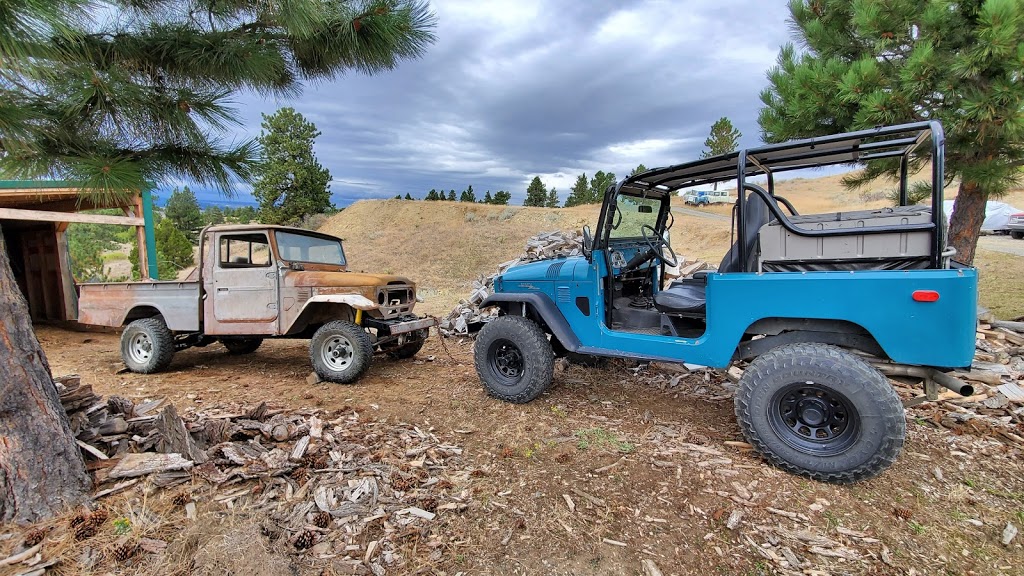 Excuse the fisheye effect on the photo. My dad's 40 seemed to be the right vehicle to pull the 45 out of its hiding spot in the old chicken coupe.

This is quite literally what I am looking for. Timing isn't right though...
4

Kyle nice talking with you. I’ll do my best to get some eyes on it ASAP.

Consider a trade for a nice clean diff locked 95 80 with a bad engine?

No thank you on the trade. I'm looking for cash but I appreciate the offer.

kylenine said:
No thank you on the trade. I'm looking for cash but I appreciate the offer.
Click to expand...


No worries. I have had a ton of interest in my 80, rare one being a 95 with cloth. Don't really want to sell it but sure do want to build a 45 pickup for myself.

I will keep an eye out for a buyer or if you still got it when I have funds, we will do the deal.