Anyone use Safety Wire on their trucks? (1 Viewer)

I had a knuckle bolt that was loose after my last snow run. I was also reading up about one of the 60s guys having both of his caliper bolts lost while in Death Valley.

Safety Wire is something that I used on my 68 Camaro back in the day but I actually never gave serious consideration to using it on my Landcruisers. I wanted to see if anyone else has, considered it, or thinks its a lame idea because we are all bad ass with PM and no way our nuts would come loose.

Tips:
Safety Wiring - More Than You'll Ever Need to Know

I have an continue to use safety wire on some items. I haven't had any issues with the knuckle nuts or studs as you have. Drilling the knuckle studs to accommodate safety wire provisions might not be the best idea because you will reduce the strength of the stud. Remove the nuts and thoroughly clean the nuts & studs and reassemble with thread locker.

Search a little more because those drill blocks can be had in the $50 range.

Safety wire has it’s place, it’s great in relatively soft connections, where there is some flex in the connection, like valve covers, etc. In highly stressed connections, like your talking about it’s not as helpful and can be worse, cause more damage than using nothing.

Highly stressed bolted connections should be assembled metal to metal, with no debris, paint, rust, dirt, etc, then tightened to the proper torque. The most common failures are improper torque (over or under) and debris, these can and do happen without the fastener turning. The most common debris is paint, it looks nice to put a couple of thick coats of paint on everything, but if between connections it makes a nice bearing surface. This allows the connection to move, if it moves once, it will move more with the next big load, repeat, as it moves the debris is spit out causing further loosing until it fails, in the early stages the fastener doesn't turn.

Early on we ran safety wire on our off-road race car and found the failures to be more disabling/expensive. Without a “locking device” fasteners come loose, you hear/feel it, most of the time it can be somewhat tightened/reassembled enough to get you off of the trail, home. When safety wire was used , the fasteners are still loose enough to move, but you may/probably wont feel/hear it, the failures were more complete, instantaneous. The connection moves, hammers until the fasteners fail, usually all at once, causing a more catastrophic failure.

On the knuckle studs, as these rigs get bigger tires, wheeled harder we may start over stressing the studs and need to beg someone to make stronger ones like are available for the earlier rigs. The right side on mine came loose after the first aggressive trail with the 37’s, cleaned them up and torque to spec, have retorqued them several times and they haven’t moved.

Locking devices have their place, but IMHO highly stressed bolted connections (suspension, knuckles, brakes, etc) isn’t the place. Periodic torque checks allows for much better monitoring of fastener/connection health. None of them should move when torque checked, if you have a fastener that moves each time, it has probably suffered plastic deformation (stretched, over torque/overload) and needs to be replaced.

Yeah, we used it on the HJ45 to replace Toyota's safety wire on the Throttle linkage. We were adjusting the idle. 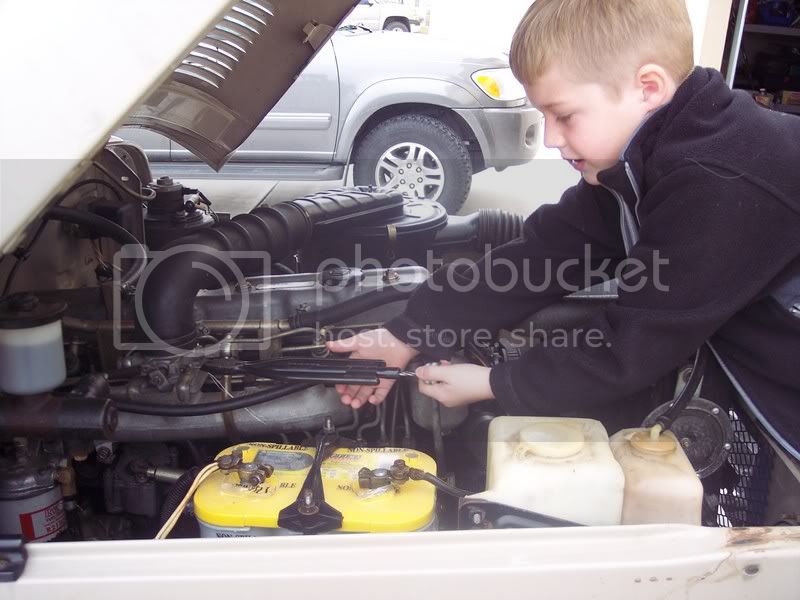 Anyone figure a fix to adjust the factory high beams ONLY?
2

Z
? Cylinder gap for coil on plug bracket 1fzfe anyone?

Wednesday at 9:19 AM
Rusty Marlin