Well, I just recently broke a vertebrae in my back, and am going to be out of commission for 3 months. I’ve been pondering buying an 80 or selling my truck and getting one later, so I figured I’d post my truck up here for sale. It is a 1988 FJ62 with 205K miles. This truck has been well built. The truck is located in Tuscaloosa, AL and I am looking for $7,250 or a trade on a built/semi-built 80 (at least on 33s with some lift).

- 6" of lift via a Spring Over Axle conversion; the spring over was performed using 2.5" Old Man Emu lift springs w/ anti-inversion shackles. A cut-n-turn and full rebuild of the front and rear axles was performed as well. The steering set-up is a hysteer system from 4x4 Labs and places the tie rod behind the axle housing out of the way of rocks. The sway bars were retained and the links extended; the rear sway bar has quick disconnect pins for off-roading.

- Upgraded stereo system: Alpine head unit, up front 6" Polk audio component speaks, in the rear 6" Boston Acoustics and 12" Infinity Kappa Perfect sub, there are two amps one to power the front and rear 6" speakers and one for the rear sub.

- Cobra CB in dash with 4' fire stick on the ARB

- New exhaust from the downpipes back

Need to replace the hoses, thermostat, and the A/C compressor (they are next on the list, and I have them waiting to go on – I can have the thermostat replaced before you drive it if you’d like since I can’t do it myself – or you can do it in my driveway!). There is a small oil leak from the oil pan where the P/O welded it (had to modify the pan for the high steer). It is minor though, have added maybe 1/2 quart in 6 months. I am also pondering replacing the radiator as there is a very small leak from around the connection for the transmission cooler line on the driver side (I tried to break it loose to put in a sender for a trans temp gauge and bent it enough to make it leak a bit). It could probably just be brazed if you wanted, I just figured I might as well replace it at some point anyway. The transmission shifts really well; no slipping, just a firm shift every now and then. It does clunk a bit when you shift into reverse, again not that bad, but it is a fairly normal thing for a 62 as the output shaft on the trans wears over time. I put in a trans gauge, but haven’t installed the sender yet. The body is in great shape. There is a dent on the passenger side rear corner and a spot that was repaired with bondo, but the paint is in good shape (it was repainted). There are 3 rust spots on the body. One is on the driver's side rear window front bottom corner (bubbling under the paint), another is around bubbling under the 4x4 emblem on the tailgate, and the last in on the bottom of the passenger side rear window. The frame is in great shape, just your basic surface rust (I sprayed the whole frame with fluid film last year to keep it in good shape). There is some surface rust on the rack and ladder, they just need to be sanded and repainted to be perfect. It vibrates on the highway above 65 or so. I've had the tires balanced and I think it is probably the rear driveshaft (U-joints seem good though), haven't gotten it balanced yet. The only other thing wrong I can think of is that the spare is no good, there is a cut in the sidewall (it is just there for looks I suppose). I haven't been able to find anybody to repair it, it probably just needs to be replaced. I've just been waiting for a good used one to show up close by. There are also a set of gray seat covers (SOR maybe?) that come with it. There are a pile of receipts that come with it from the PO (actually the PO before the PO I think). It is a truck with a lot of history, wish I could recount it all.

So those are all the things that could be fixed. I just wanted to disclose everything up front. It is a great truck. I drove it here from South Carolina (6 hours) and have done a lot of tune-up work since then. It drives really well minus the highway vibes which are annoying but doesn't keep me from driving it to work once a week. The Cruiser is obviously a beast offroad, I think it speaks for itself in that regard and it gets plenty of looks. The next mods on the list would be gears, longfields, and polys; I've just been getting the maintenance caught up first. In fact, I’m a bit of a perfectionist, and have only taken it offroad a couple of times since I bought it the middle of last year as I’ve been waiting to get all the maintenance done.

Here is a link to a video walk-around of the truck that says more than a bunch of photos. That being said, let me know what kind of photos you want and I’ll get them. I am not desperate to sell, but am interested to see if there is anyone who wants to trade or deal (knowing the current market). Contact me via PM or by email: tsototh at yahoo dot com.


Here's a fairly recent pic of me and the truck (sorry ladies, I don't come with the truck. Well, at least not for free ): 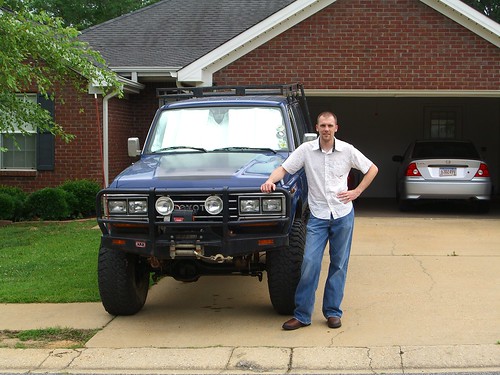 And a couple of pics from right before I bought it (still looks the same minus a sticker or two): 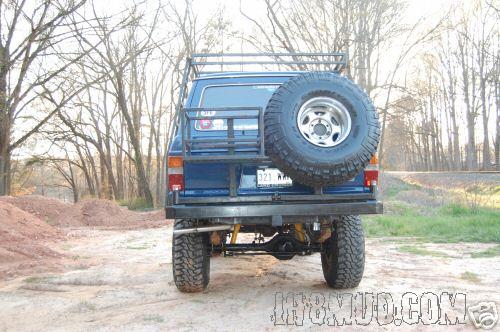 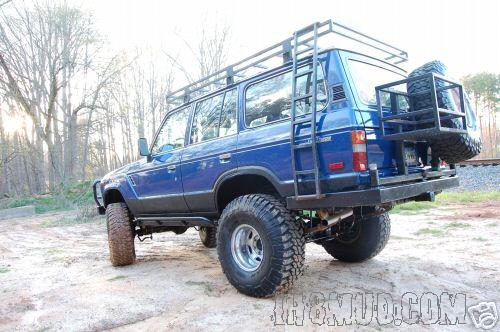 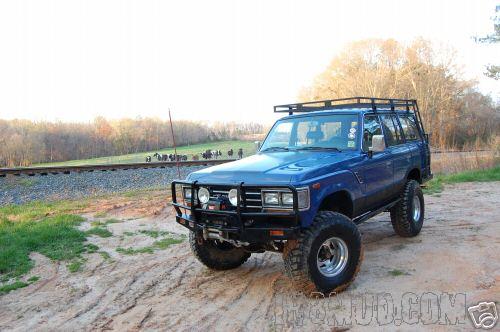 hey man much props on the video. thats a good cruiser. wish it was in colorado i would be on it like stink on you know what. good luck with the sale. the economy if screwed up right now. i've been trying to sale a nice fj40 with a 327v8 for a month. no one is buying. have a good one fellow mudder!

Good luck with the sale.

Thanks for the comments. It is probably only around $600 to ship to CO! Just let me know if anyone wants more photos or details.
Last edited: Feb 15, 2009
M

A NICE cruiser will sell within a week if the price is right, economy has little to no effect on quality cruisers. Good looking 62!

Man do I miss that truck!!! Sorry to hear about you back Tsototh.... with all the maintenance you have done she should be good to go for years to come

Good Luck with the Sale

Love the truck!!!
Wish i had the cash.

Hope all is well with you JP. The truck has served me well, and will continue to do so if it doesn't sell. I'm in no hurry to sell, just knowing I won't be able to touch it for a few months makes me think of the option... Bump, thanks for everyone's comments.

Bumpage... One interested party, but it is still for sale as it stands right now...

Still for sale, the one interested party is no longer in the running...

Price drop... $7K. From the opinions of those on the board, the vibes are from the rear pinion angle. So the pinion either needs to be parallel, or pointed straight to the transfer case with a double cardan driveshaft. See this thread:

Someone buy it, or I'll be forced to build it some more and keep it . 4.88s, front locker, and longfields...

Still for sale, DC driveshaft on the way!

Latest updates... Just replaced the radiator, hoses, thermostat, put in a new transmission cooler, installed the sender for the transmission temp gauge, replaced the AC Evap valve, replaced the A/C dryer, replaced A/C o-rings, and put in a used A/C Compressor. Just need to charge it up with R134! Will do soon. I am still trying to get a double cardan driveshaft, hopefully will get it soon. I also got some sliding rear windows (from AUS), but still need to be cleaned up and installed.

I have a D/C driveshaft installed and that has gotten rid of a lot of the vibes. It is currently in the shop getting the rear brakes rebuilt, the rear axle turned a bit, and the oil pan welded up.

The A/C still doesn't work, it just needs a compressor. The used one I got was shot, figure that!

New update! Just got it back from the shop, $850 later. Got the oil pan fixed (welded up right), the rear axle turned a bit (no more highway vibes), the other rear brake rebuilt (both are done now), a new caliper up front (it was frozen apparently), and a new master cylinder.

Then, I bought a new battery (Advanced Auto Silver this time) and got it aligned. Drives like a new truck!

All you have to do it throw some lower gears in there, and maybe some new shocks/springs.

Nice cruiser. Brings back a lot of memories.
You must log in or register to reply here.