Well this is probably the closest I'll ever come to a true "barn find", it is a 1965 FJ45LPB that had been sitting 15 years on a farm. There were quit a few barns on the property so that is close enough for me

It is very original and unmolested as it has been in the same small farming valley near Ellensburg, WA its whole life. More details to follow shortly. 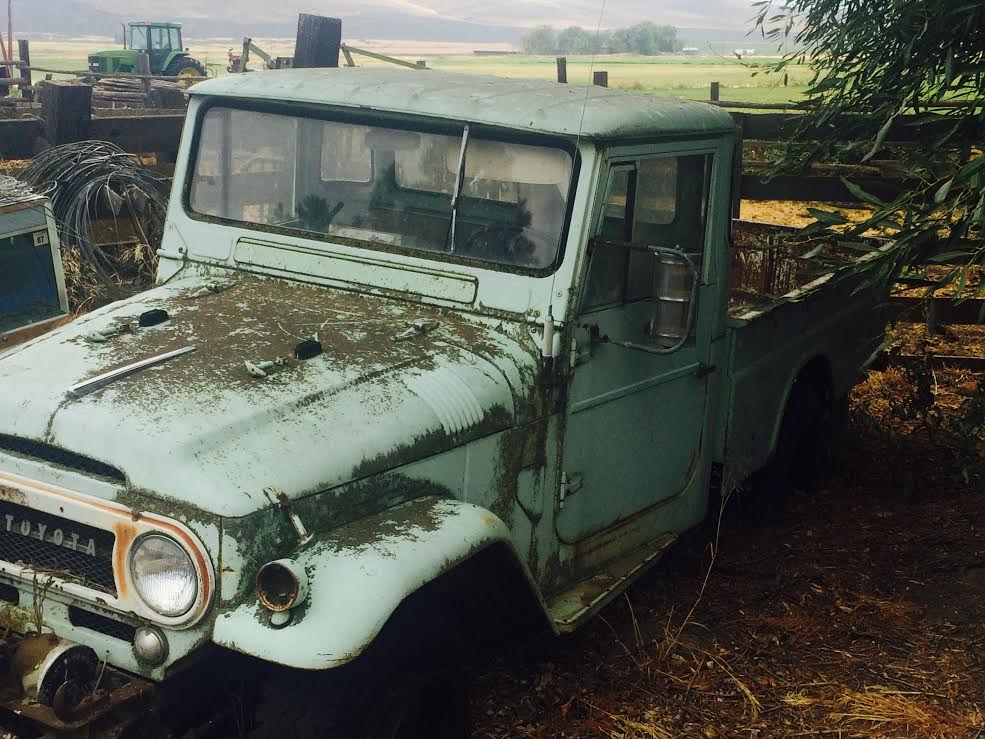 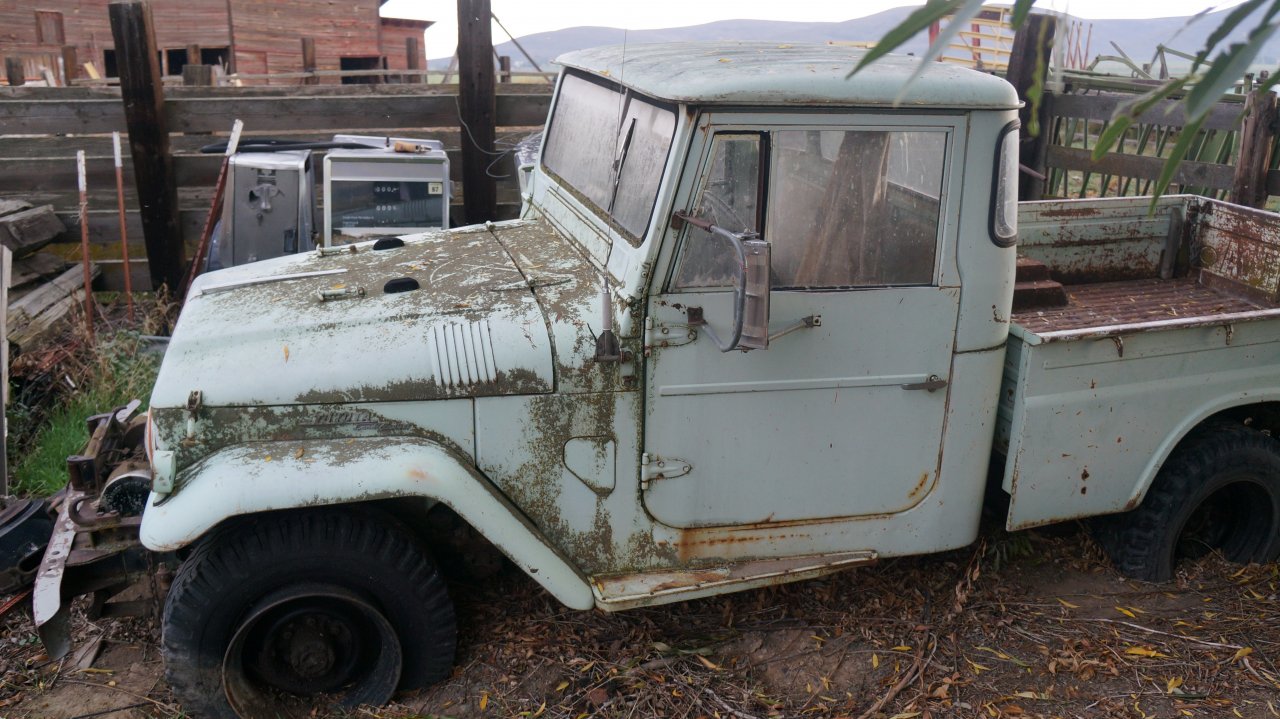 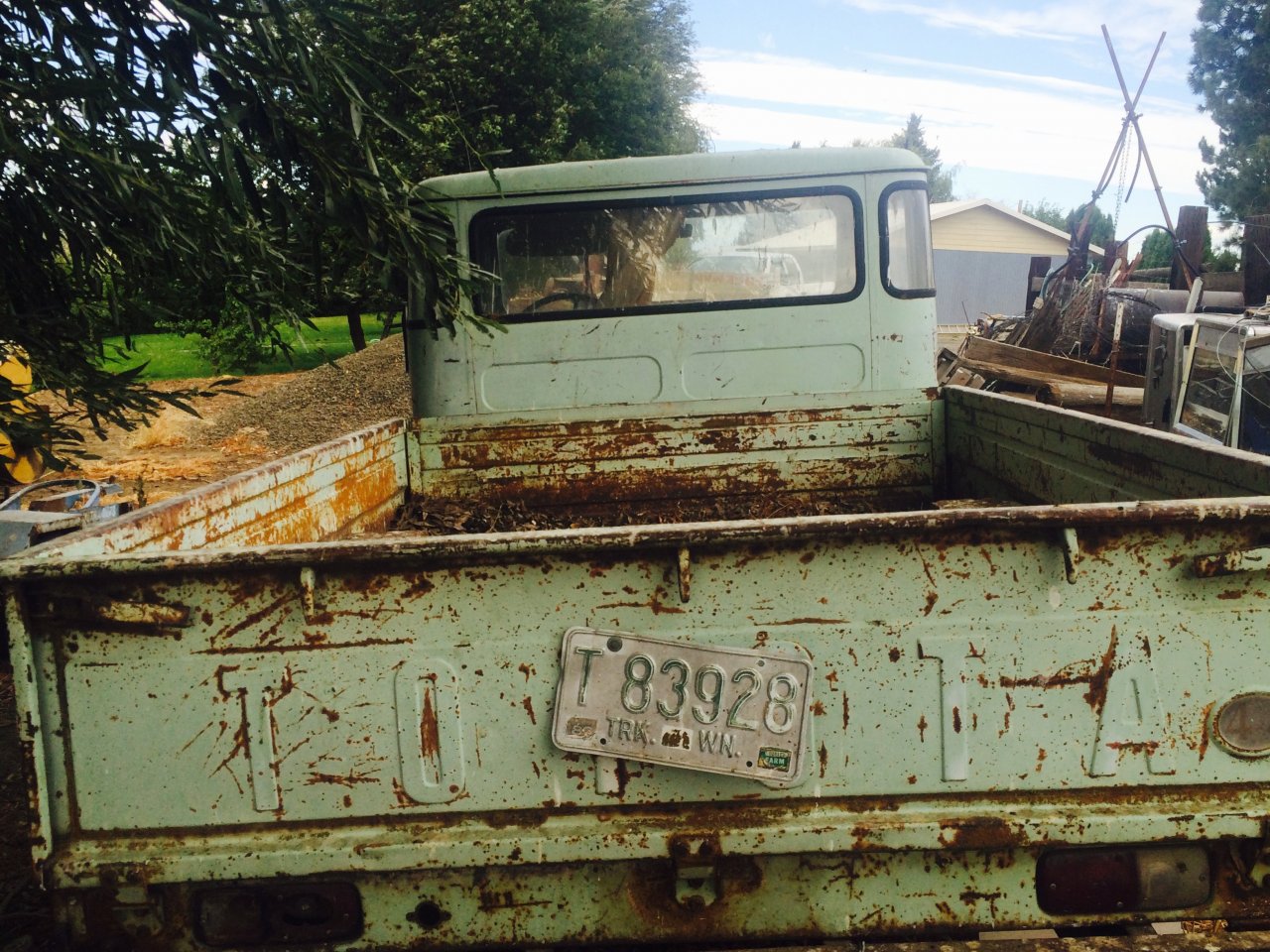 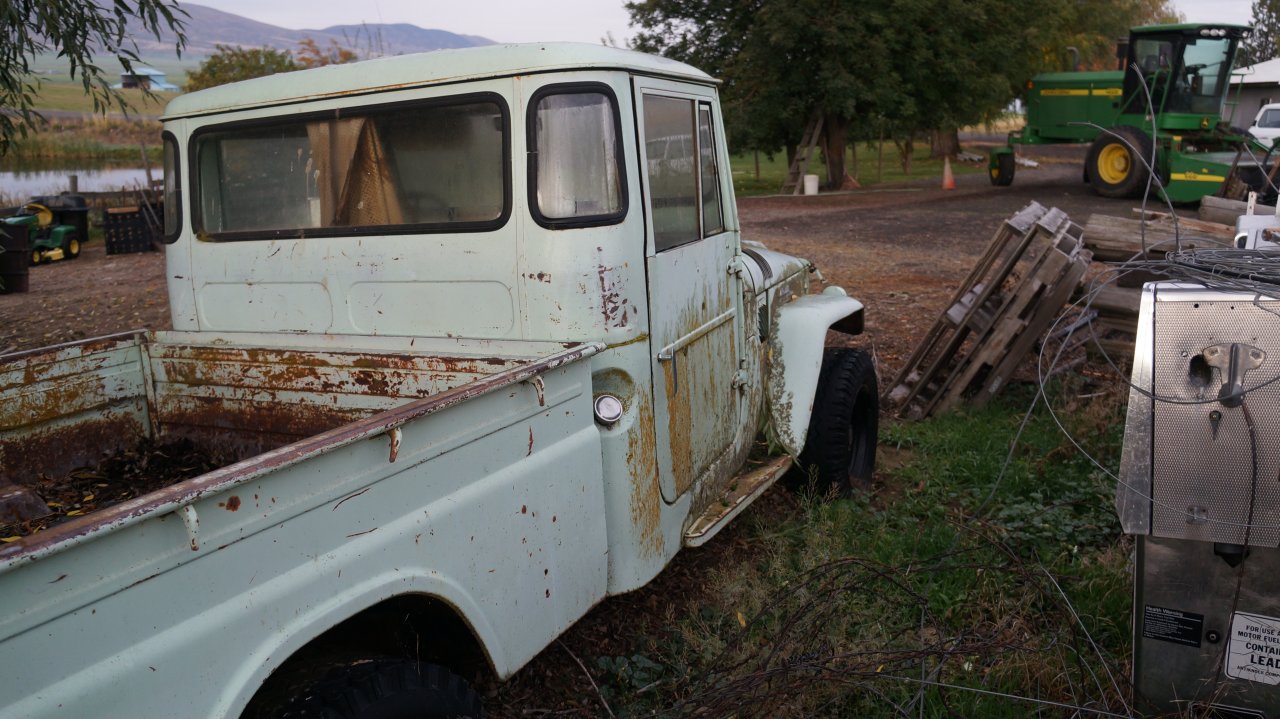 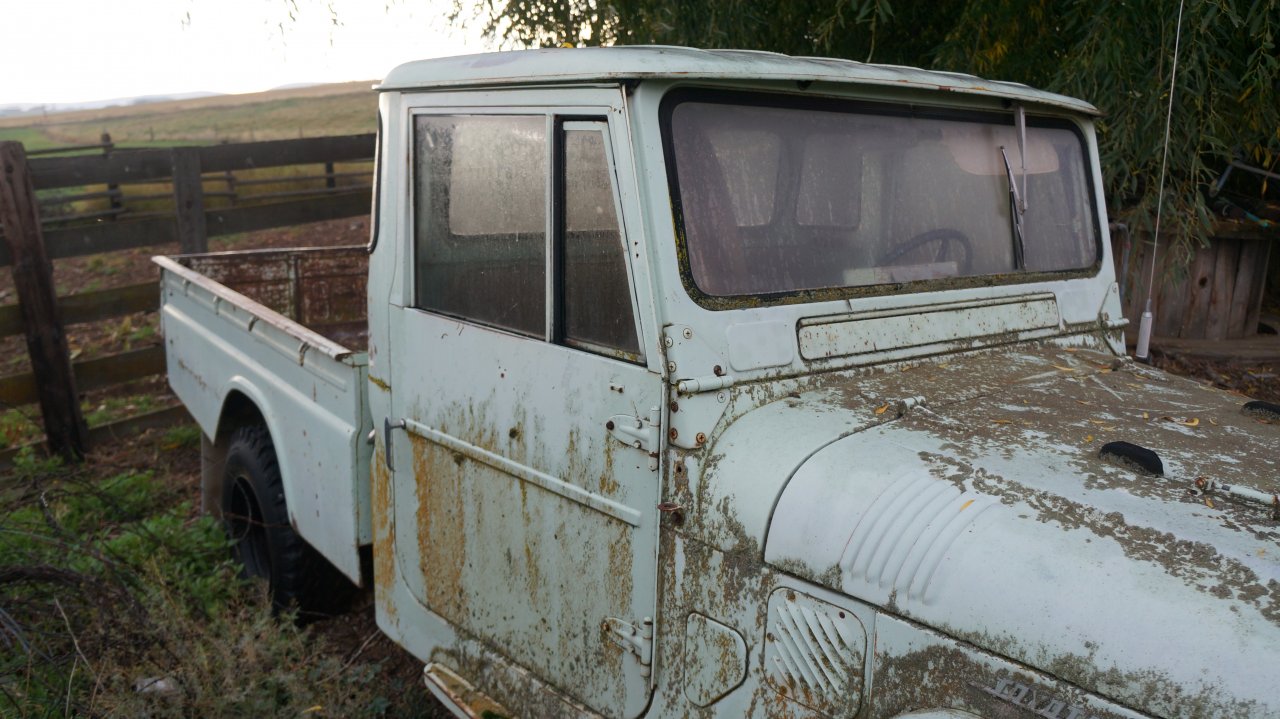 Shoulda been coming down the west coast to my driveway! Lol!

I fortuitously stumbled upon this 45 while on SOR.com ordering a few parts. After placing my parts order I decided to check out their classified section, which I never check, and low and behold there is the ad. for a 1965 FJ45. With one picture of the old moss covered truck sitting abandoned in the field and the price seemed almost too good to be true in today's cruiser market. The ad was about a week old at that point and I figured surely some one had already scooped up this stellar deal, but I figured I would call anyways. Reached the owner and he informed me merely an hour earlier he had reached an agreement with another cruiser head to sell the 45. I was bummed to say the least. However I told the owner I would pay his full asking price and please keep me in mind if the deal fell through.
Over the next couple of days/weeks I checked in sporadically with the owner to see if the deal had been finalized, and each time the PO told me he had received a deposit but not yet the full amount. Eventually a month and half had passed and I had long given up on the 45 as I assumed surely the deal had gone through. Heck I even picked up a 1965 FJ40 to fill the void left by missing out on the 45 . Then one day out of the blue the PO called me and asked if I was still interested, to which I emphatically replied YES!! I quickly wired the money to a Canadian bank account belonging to the the PO who lived in Mexico for a 45 located in Washington that wasn't even titled in his name

Though that is a story for another day! The important thing is the 45 is now safely located with me back in SC

Some pics of the old girl after the PO dragged her from the field and put on some rollers for shipping. I was kinda of bummed he cleaned all the moss off 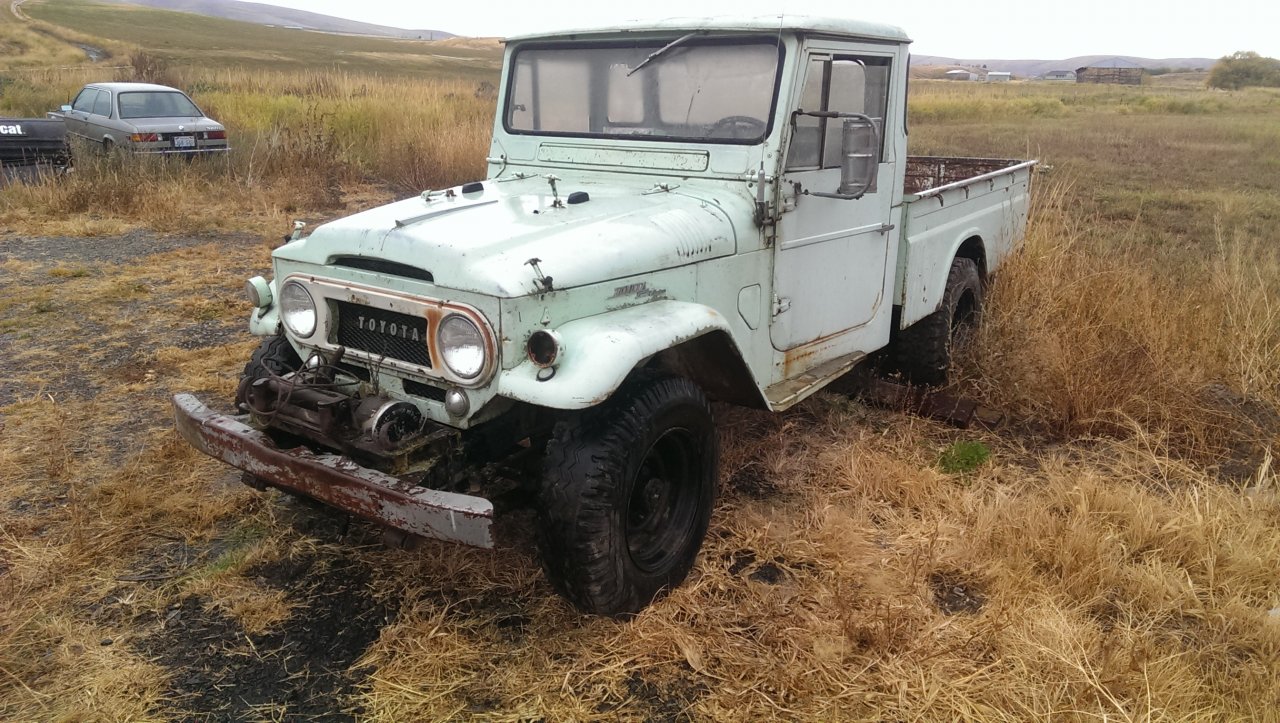 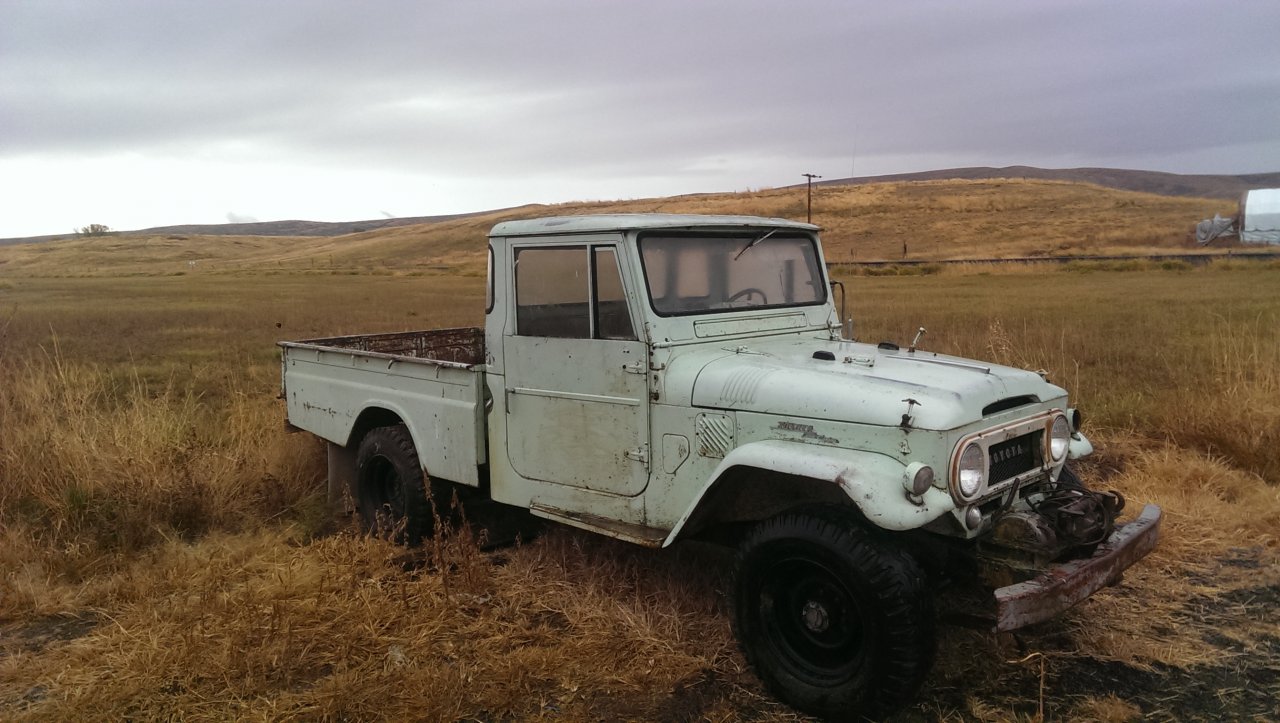 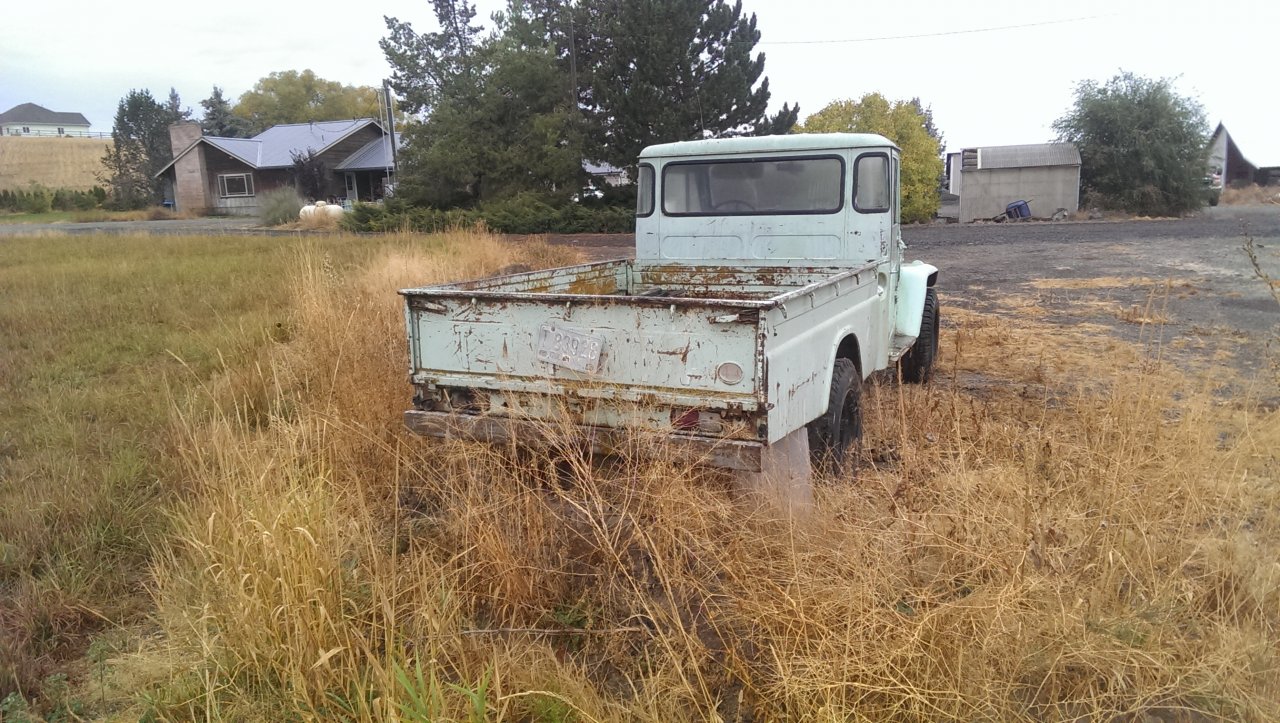 daniel.watters said:
That is beautiful! Nice find!
Click to expand...

She really is! Now that I have gotten the old girl home and cleaned up a little I am amazed how well perserved she is

whitey45 said:
Shoulda been coming down the west coast to my driveway! Lol!
Click to expand...

That is so sweet. Love that spring green too. You are so lucky to get it.

JackA said:
That is so sweet. Love that spring green too. You are so lucky to get it.
Click to expand...

Jacket said:
You seem to have a knack for finding beauties like this one. Looking forward to the details and making it road worthy.
Click to expand...

I don't know about having a knack, but I do spend way to much time endlessly searching the internet for these hidden gems

Thanks for all the kind words fellas! I can't wait to get this old girl back on the road. The general plan is get everything up to snuff on the mechanical side of things then just enjoy and drive her as is. Not going to do too much cosmetically other than cleaning her up a little and trying to preserve the patina.

I've had the 45 for about a week now but haven't had any time to do anything other than a little clean up. Really pleased with the over all condition. For being a farm truck its whole life the body is surprisingly straight. Though it does have some dents and dings as to be expected for a 50 year old work truck. Biggest plus is the lack of anything other than surface rust . One additional perk that came with the truck was a set of brand new OME heavy leaf springs. Not sure I am going to use them on the truck though as I am leaning more towards a bone stock set-up. Anyways here are some additional pics from when she first arrived. 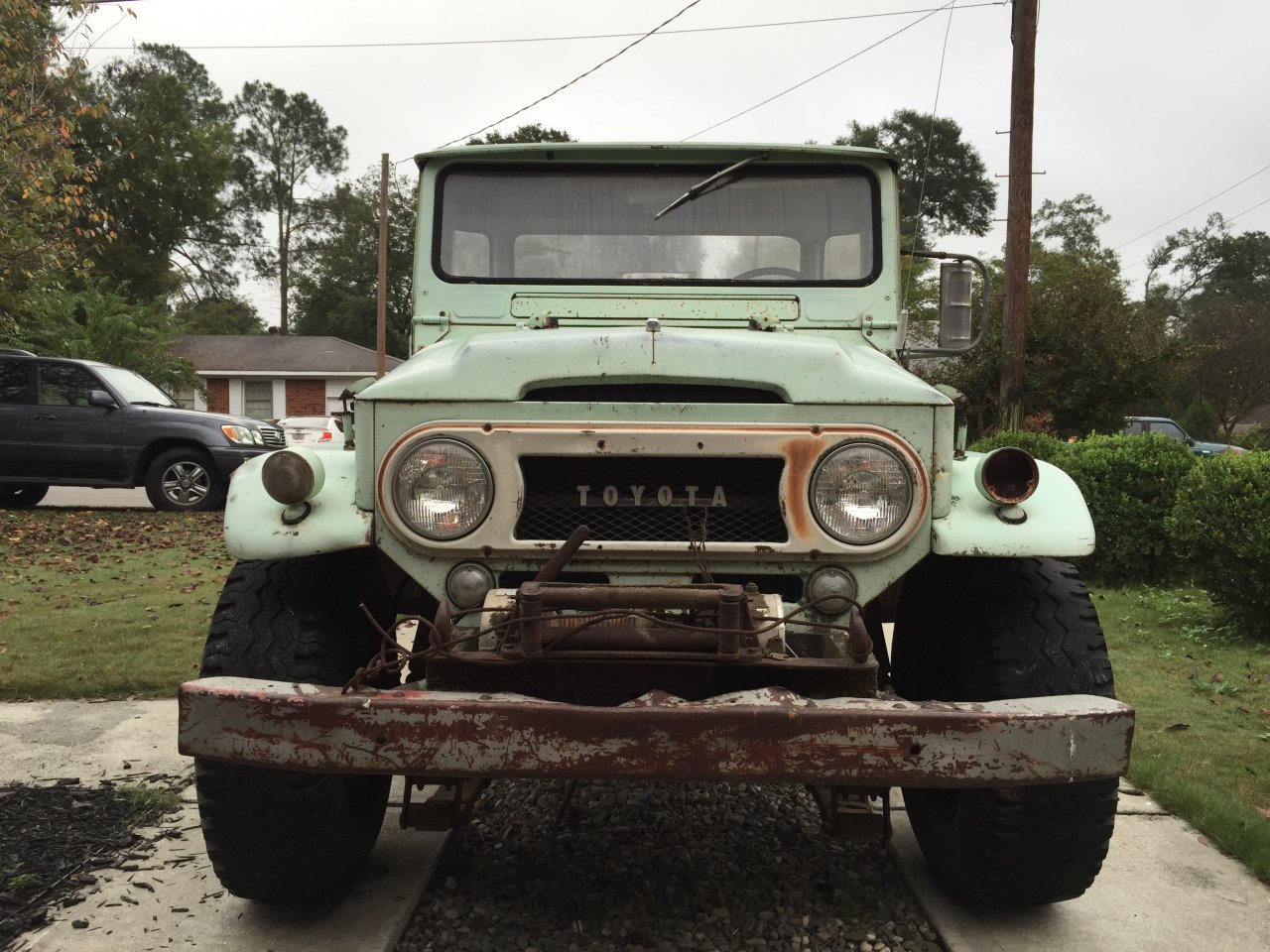 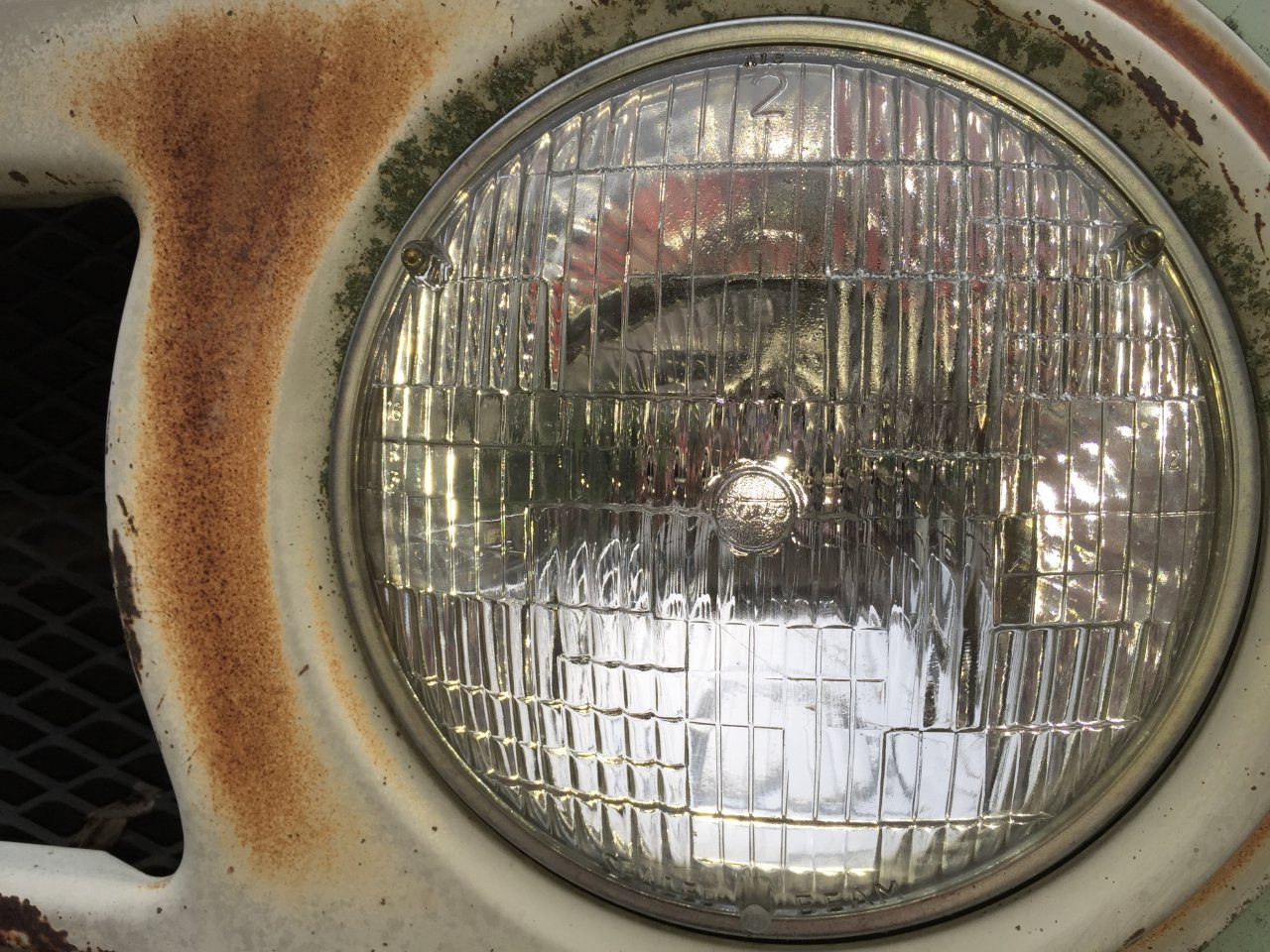 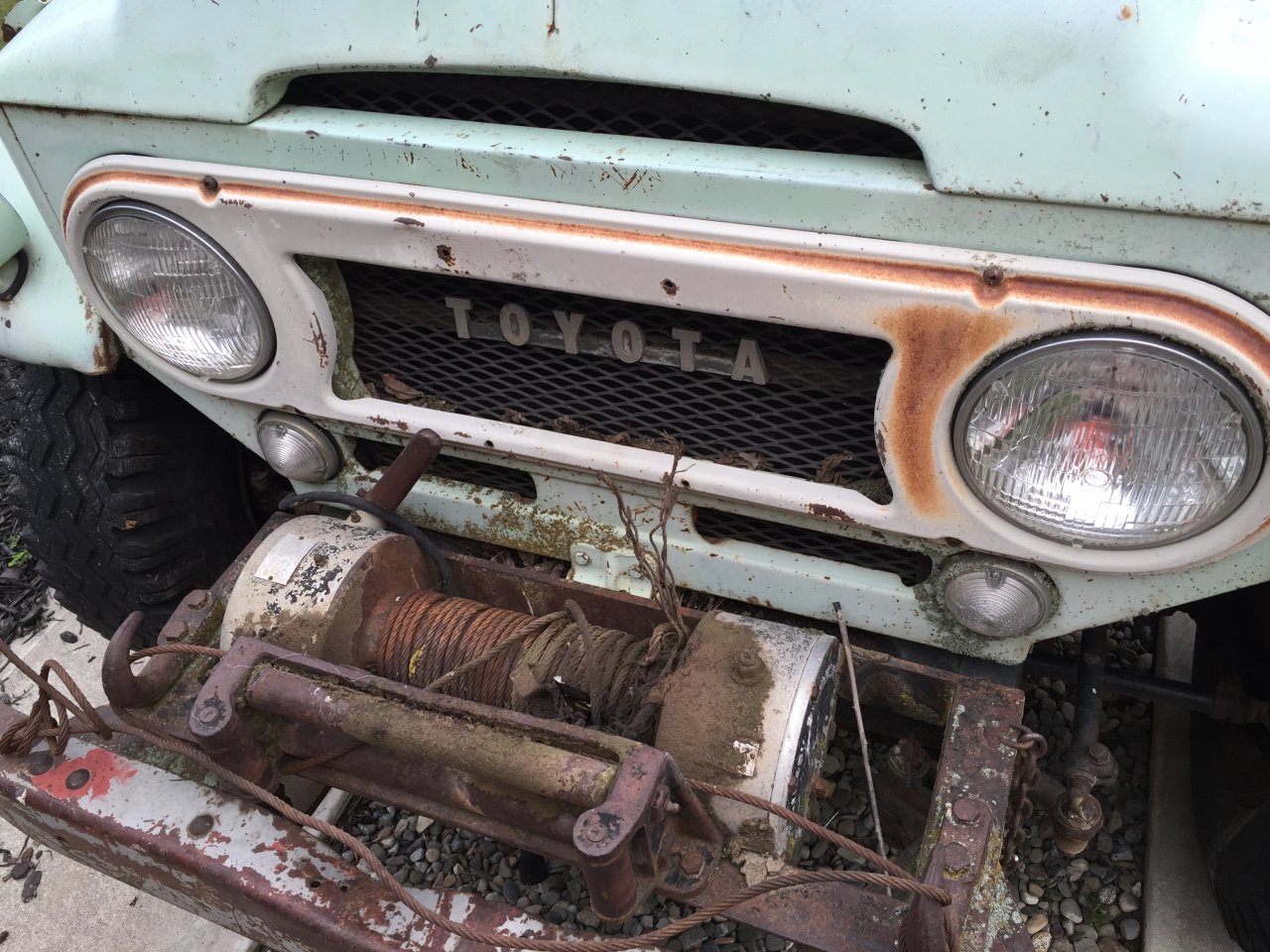 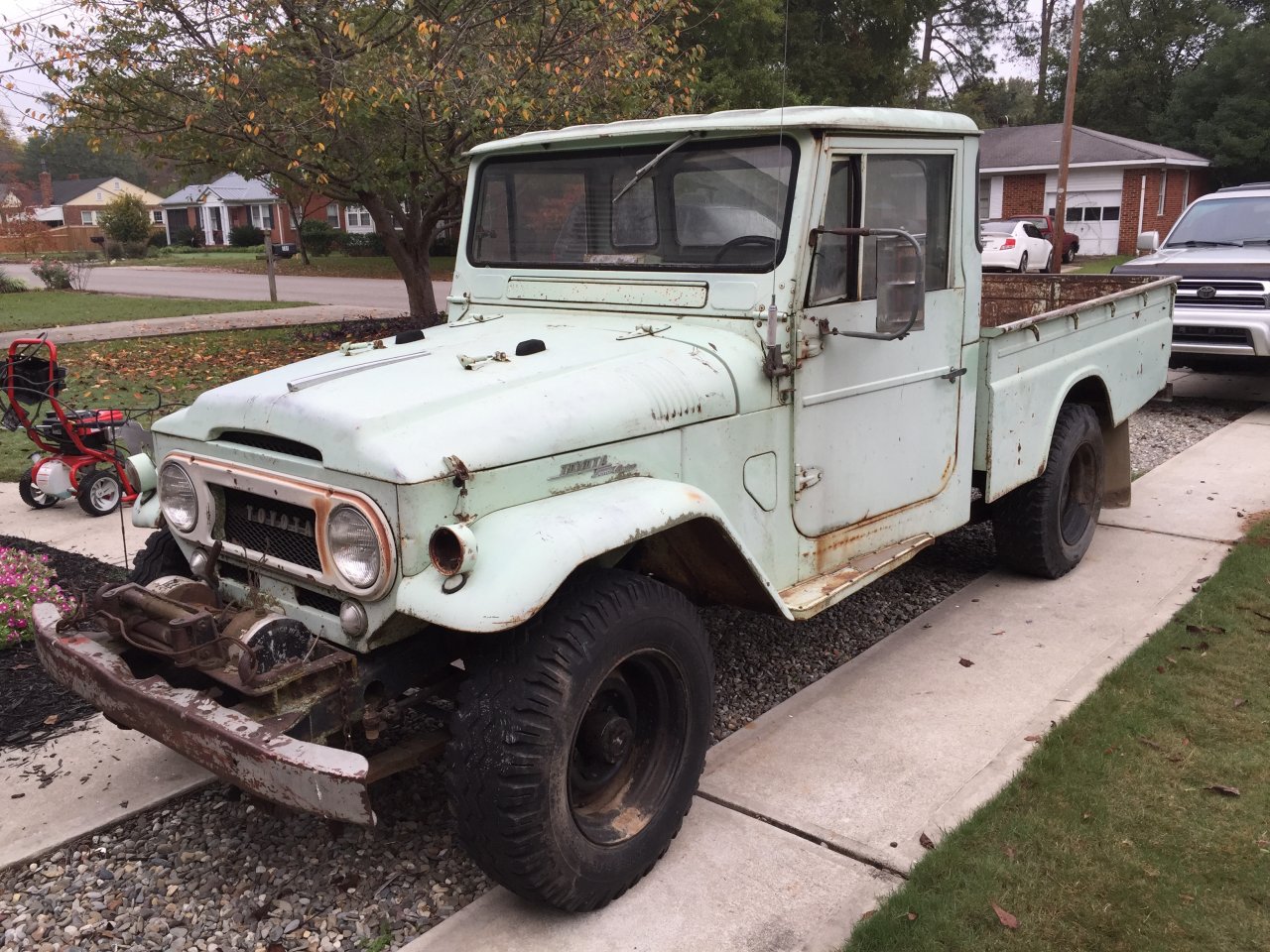 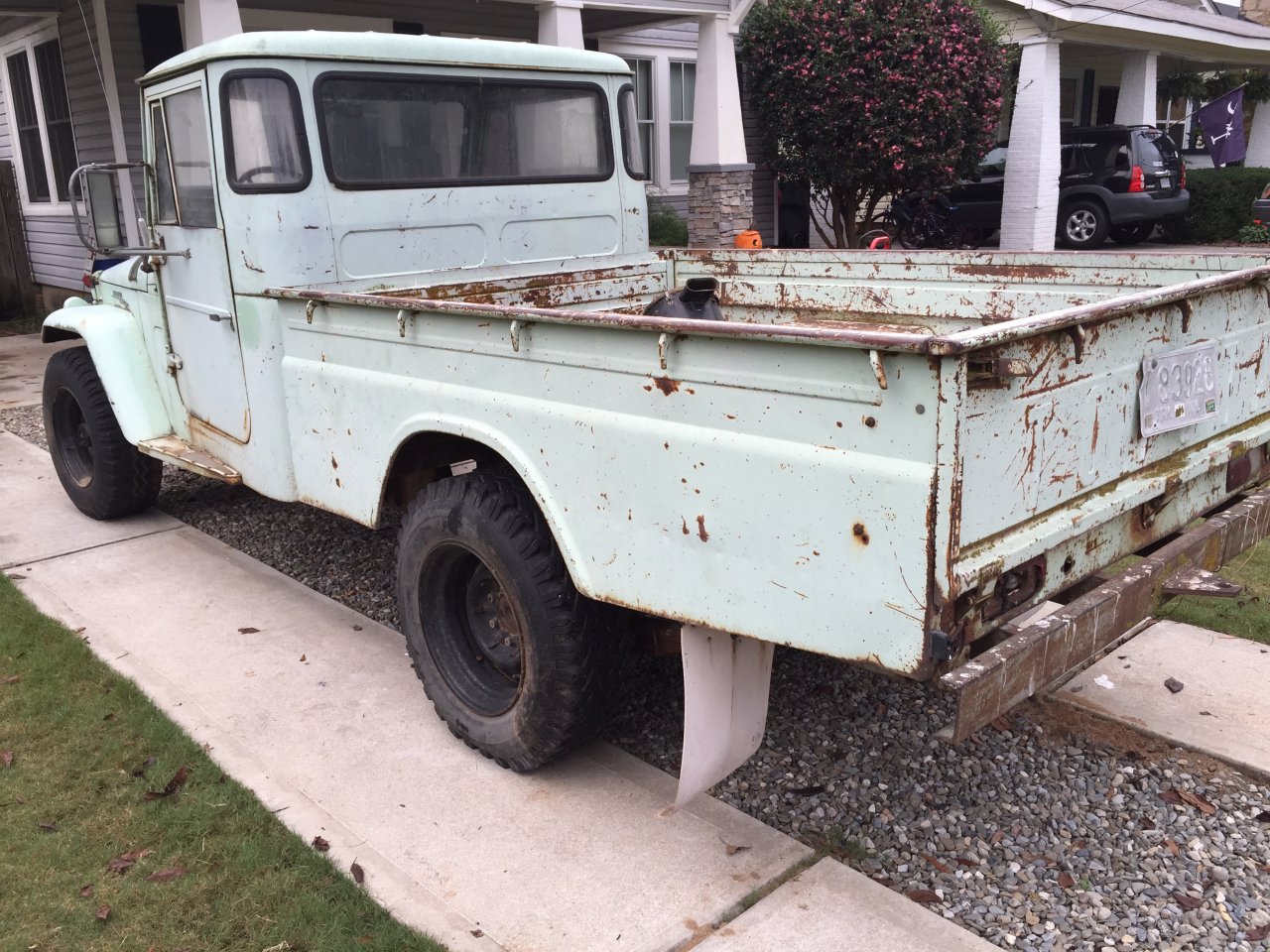 More pics...you can see on the passenger side bed where I did a test patch of compound polish on the old oxidized paint, looks like the old faded paint will shine up great! 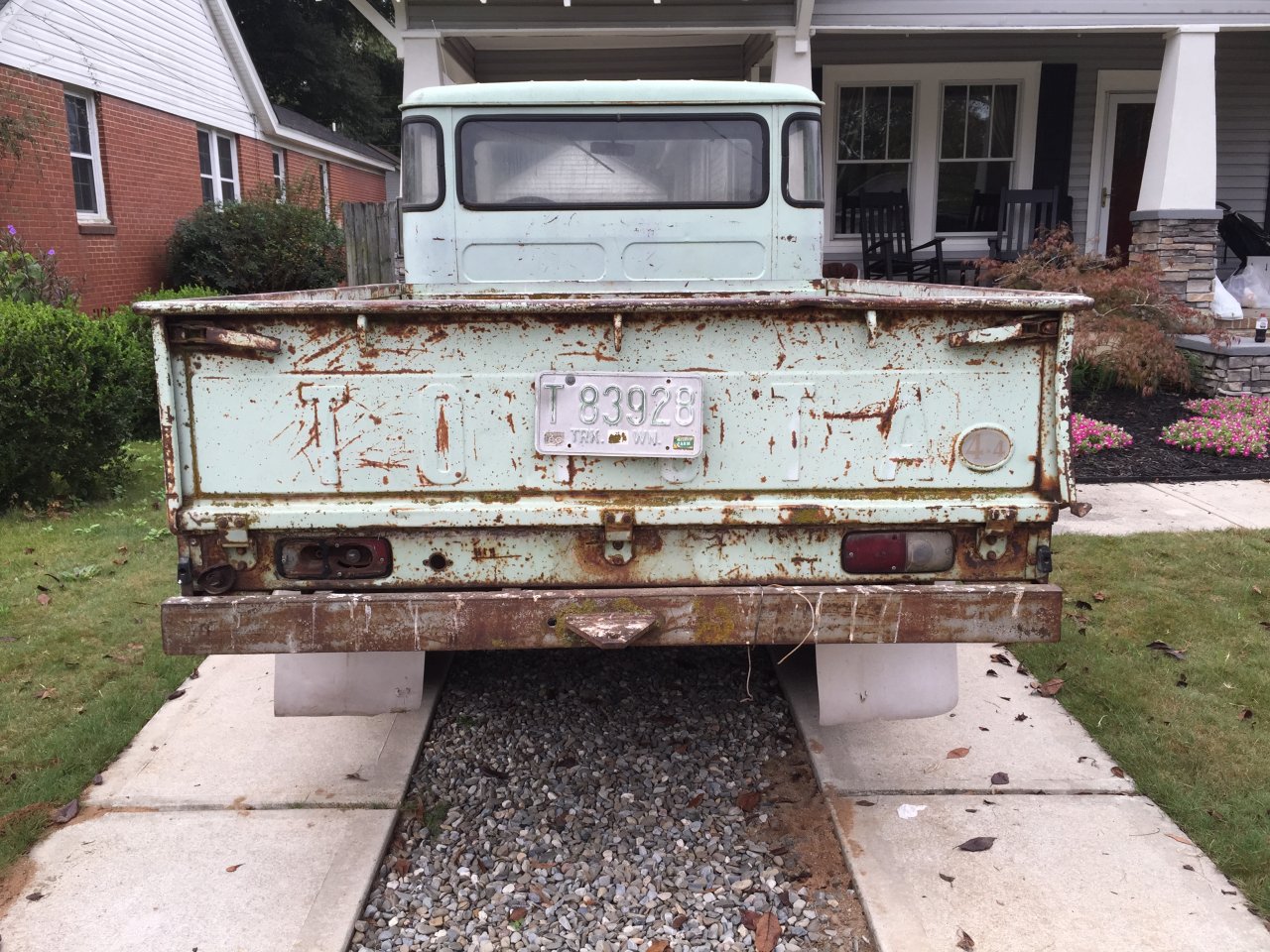 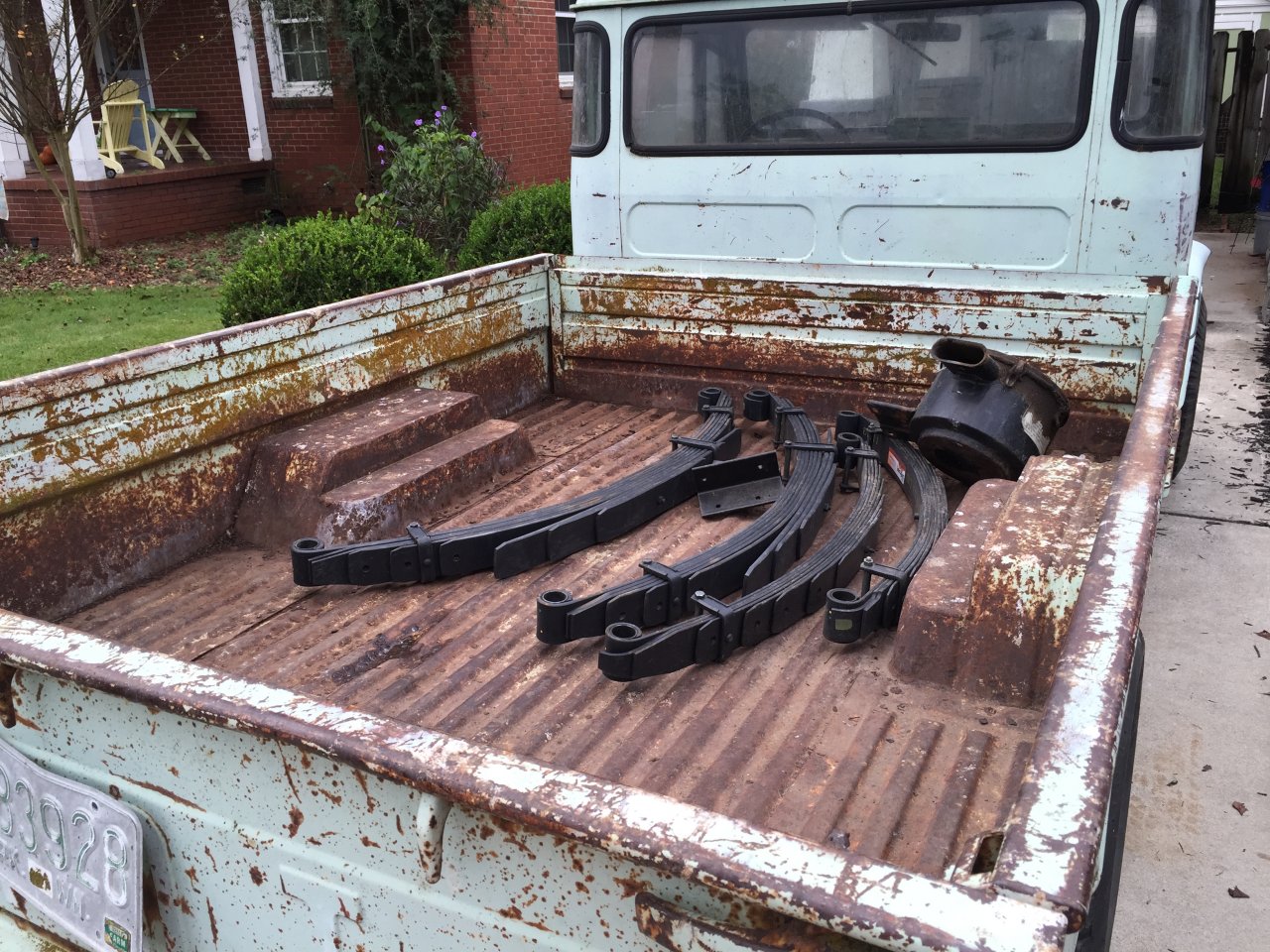 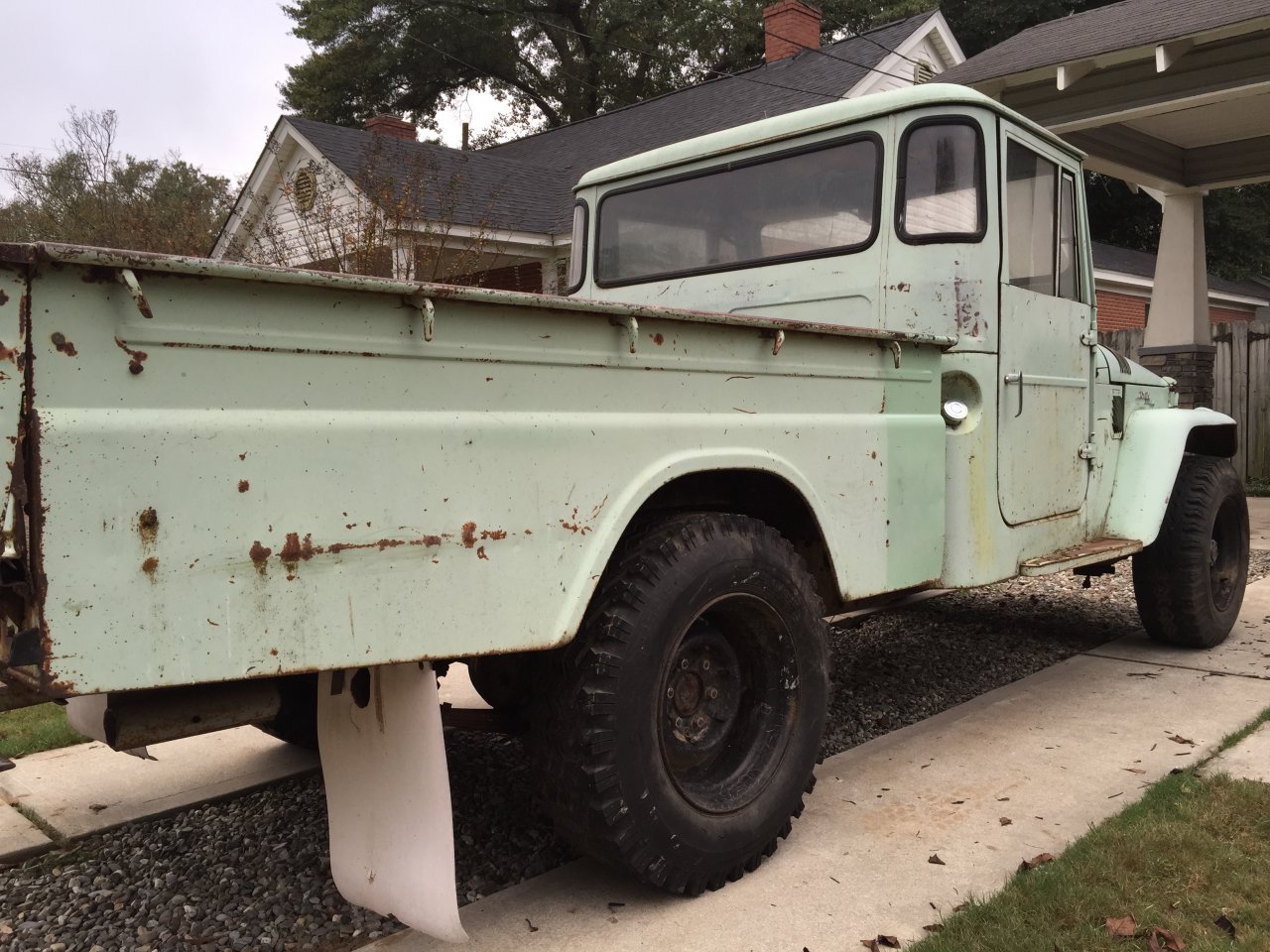 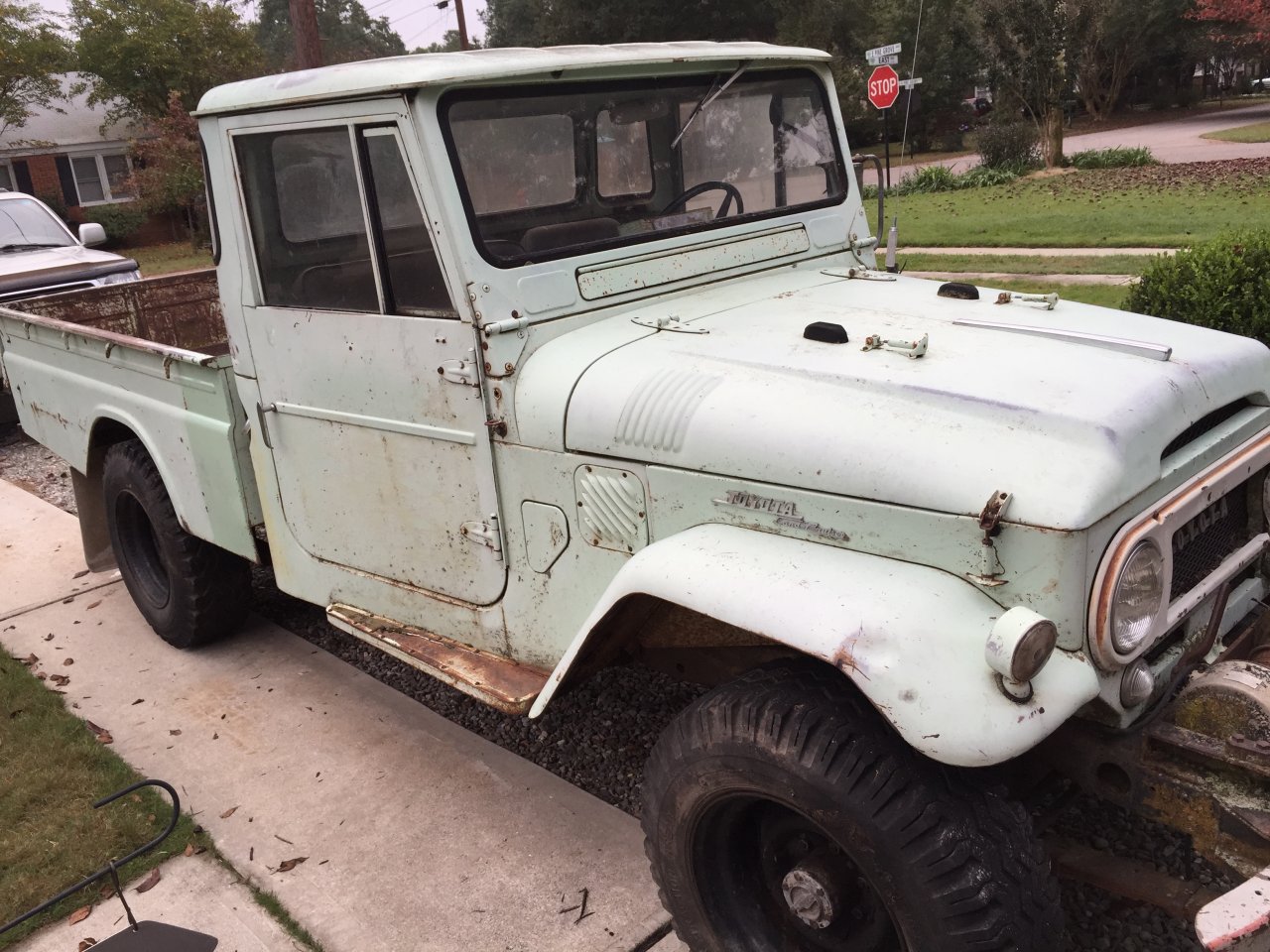 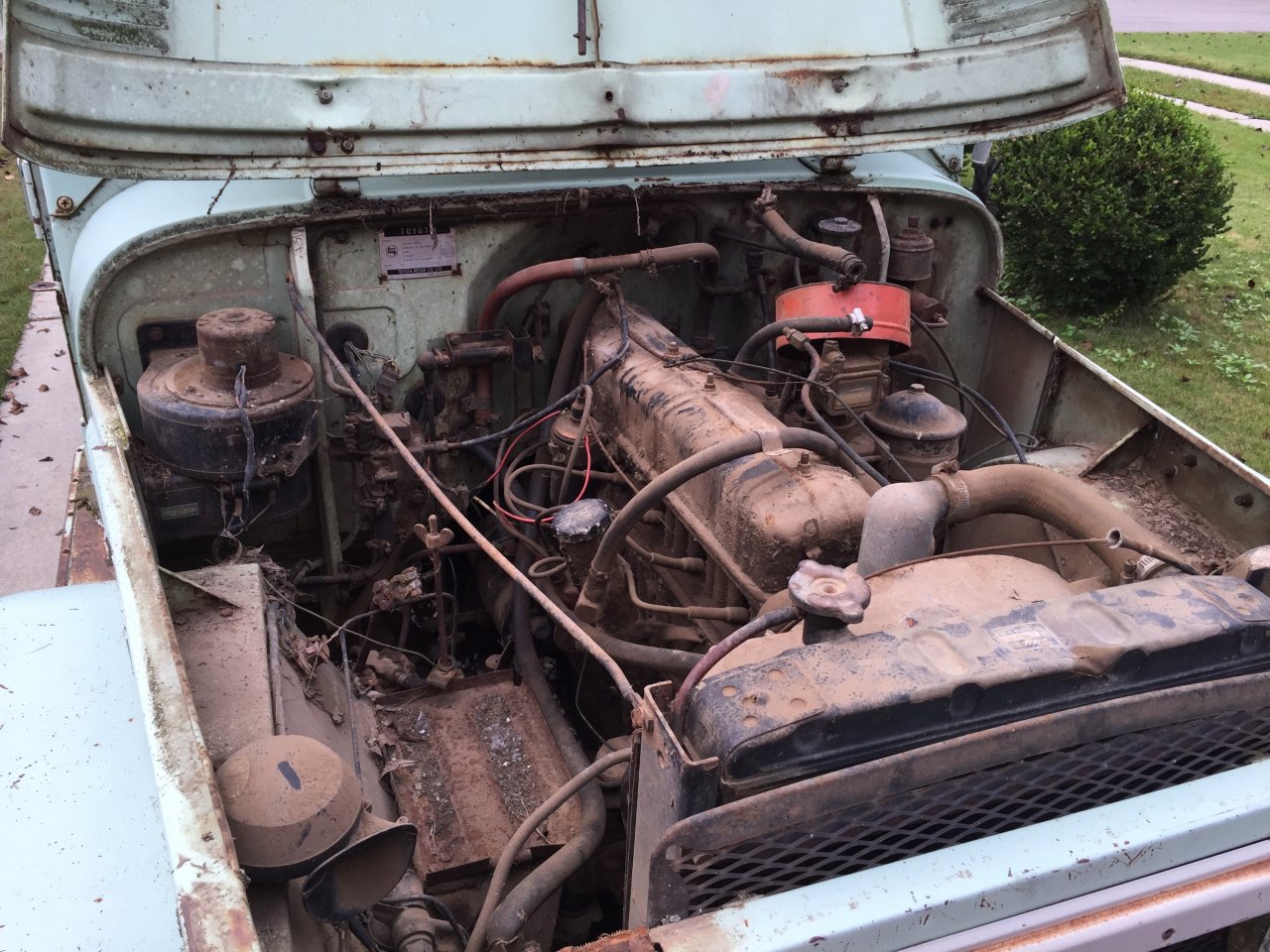 Got a few hours over the weekend to pull out the seats and gas tank so that I could clean out the 15 years of mouse crap and debris that had accumulated. It was funky to say the least. I was pleasantly surprised to see the floor only had light surface rust and no rot 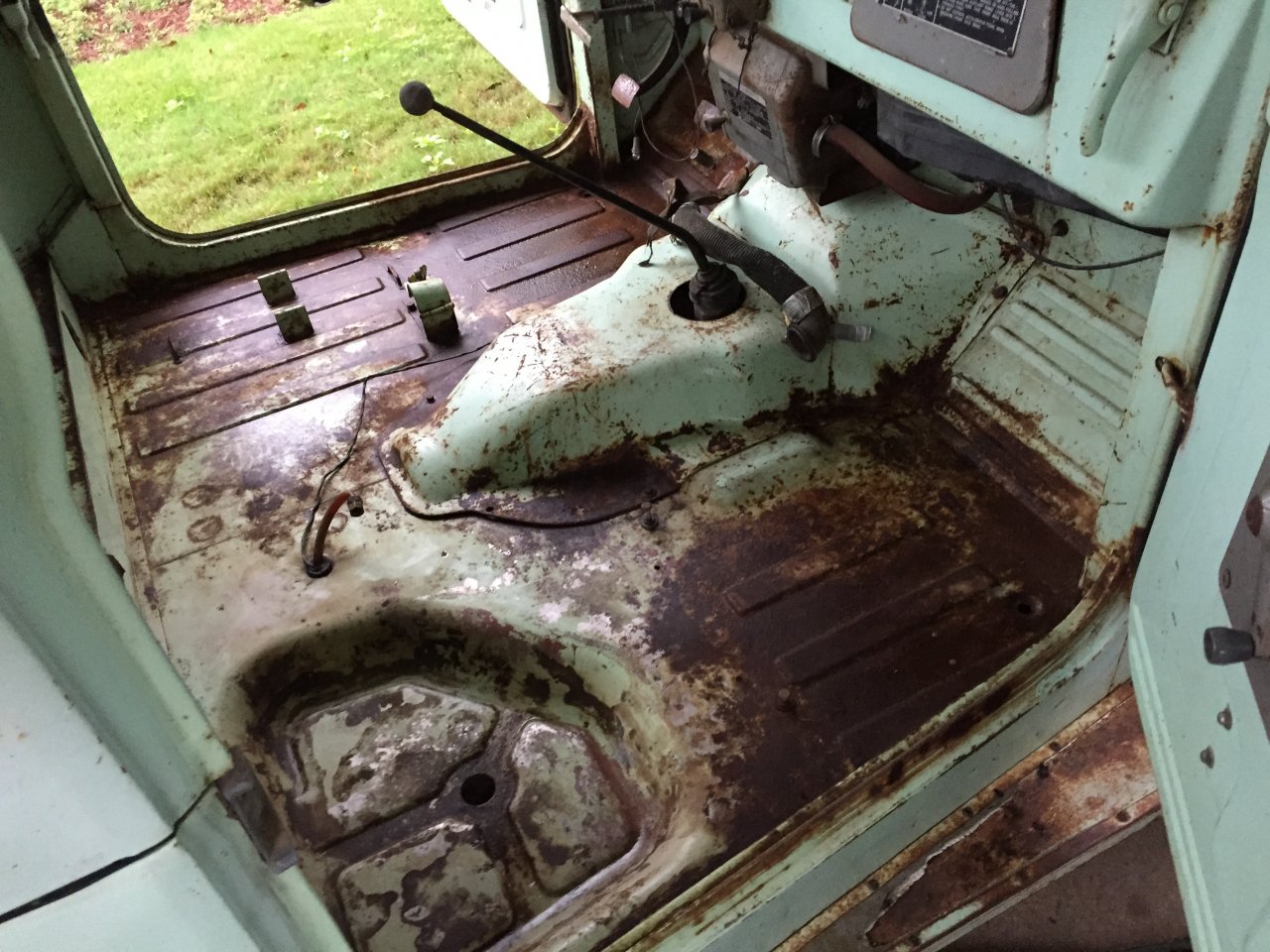 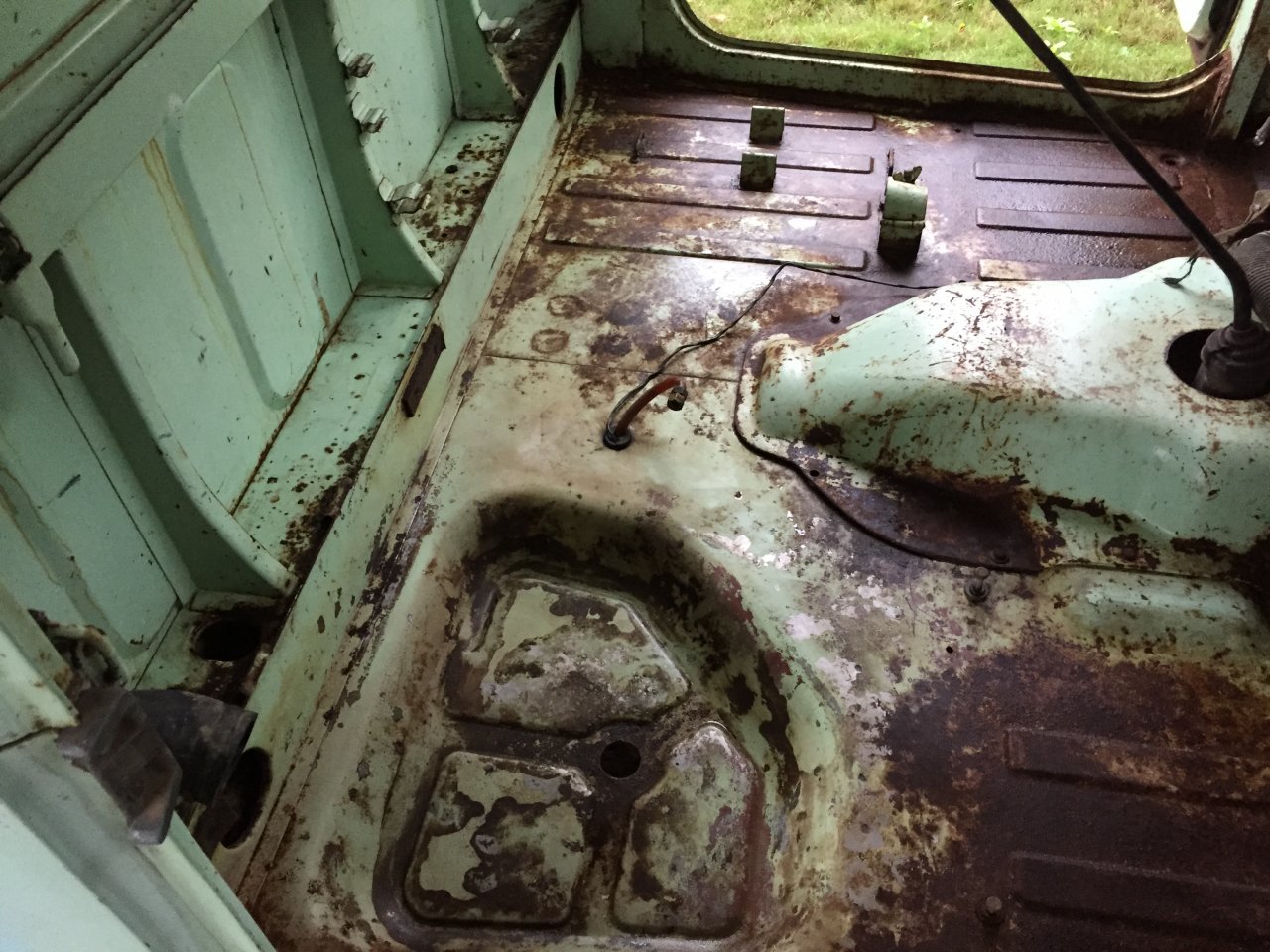 I also found something neat that I hadn't seen before in my early cruisers. 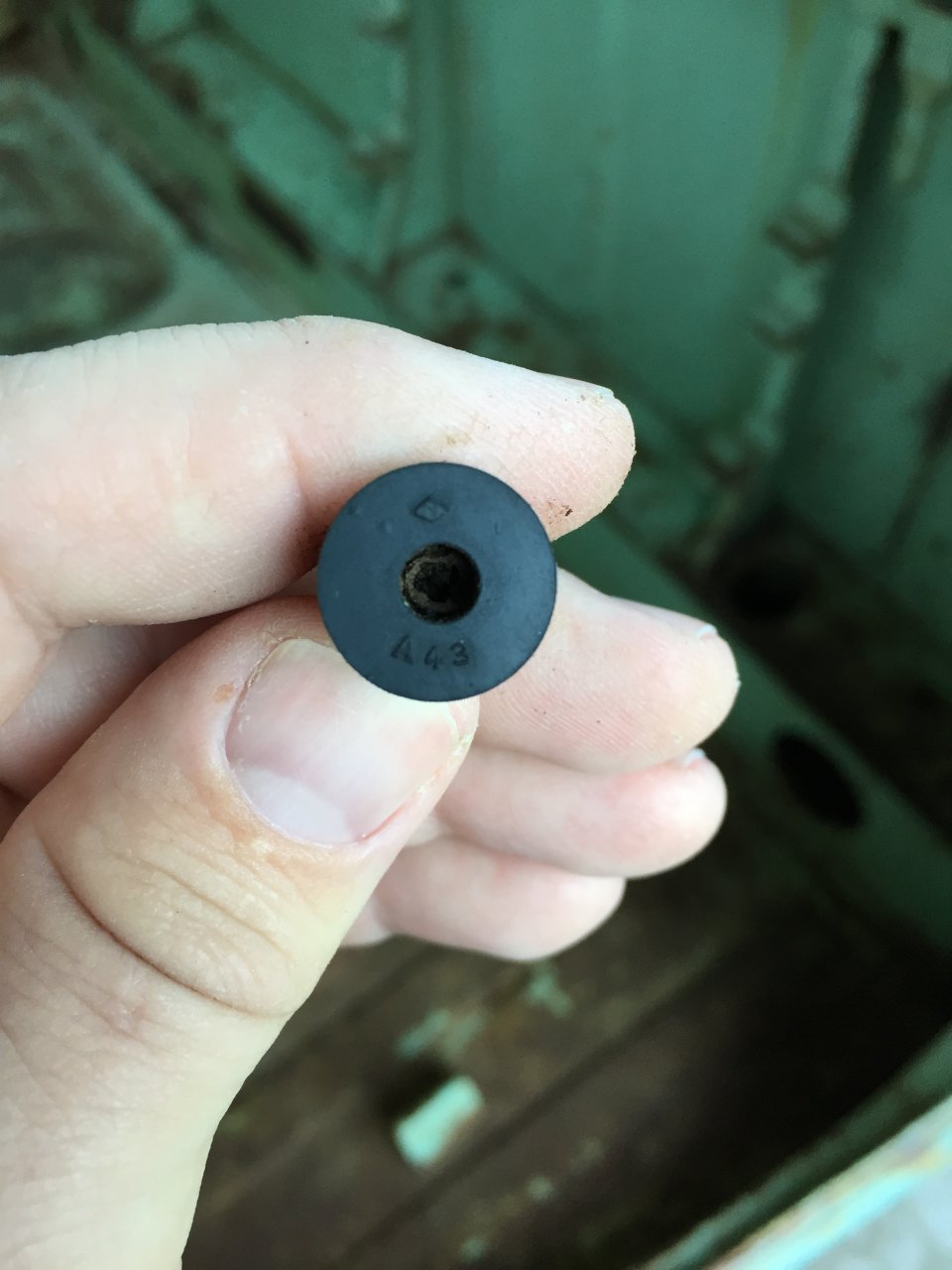 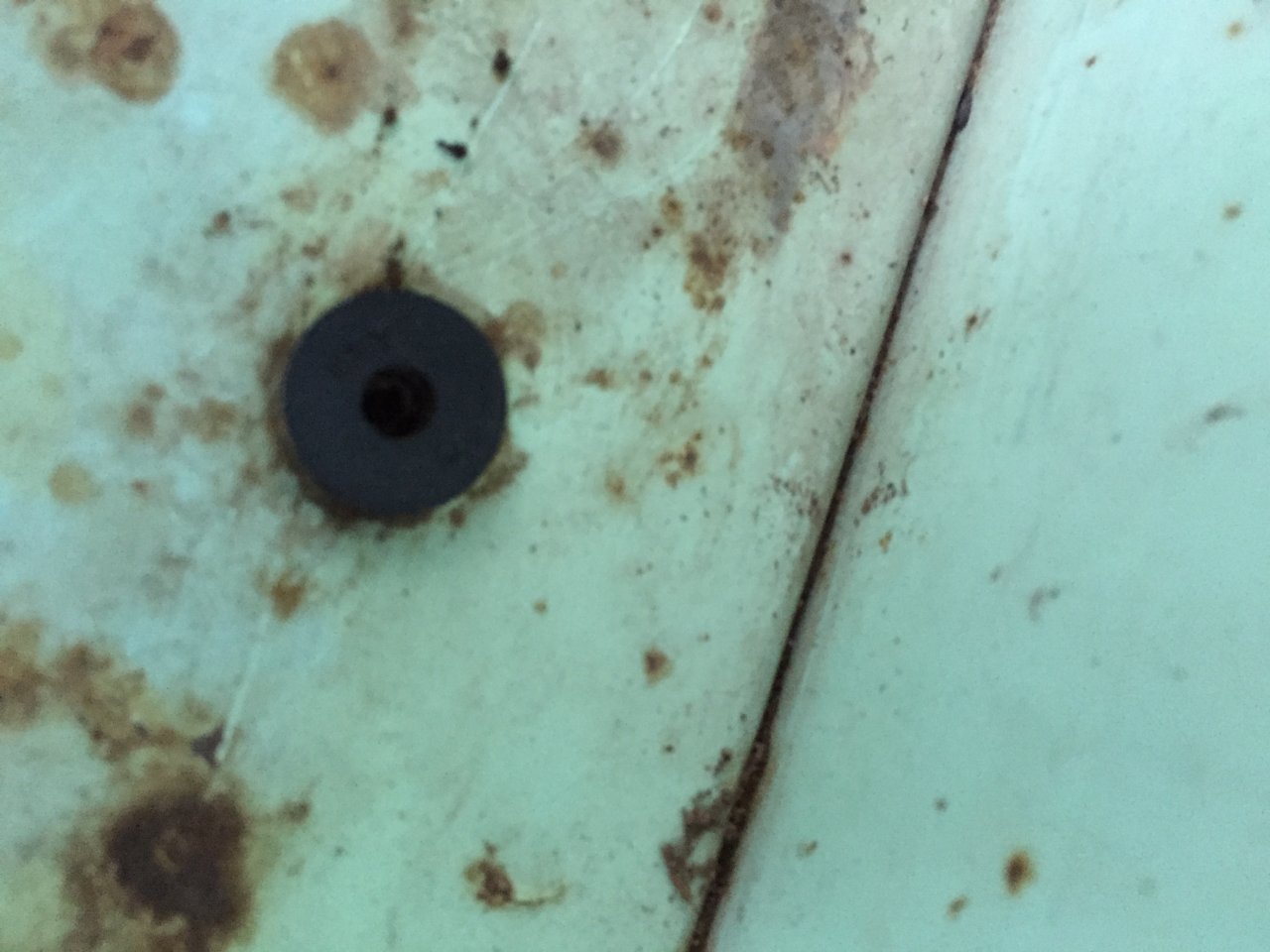 At first I thought it was some kind of PO thing, but after seeing the diamond logo which is on other 40/45 grommets I thought it must be factory. Pulled out my 1964 LPB parts book and sure enough there they are. It turns out apparently that in '65 seat belts where still optional so if you didn't get the belts you got theses grommets in the corresponding seat belt anchor points. Thought it was pretty cool they had survived 50 years with out getting discarded at some point. 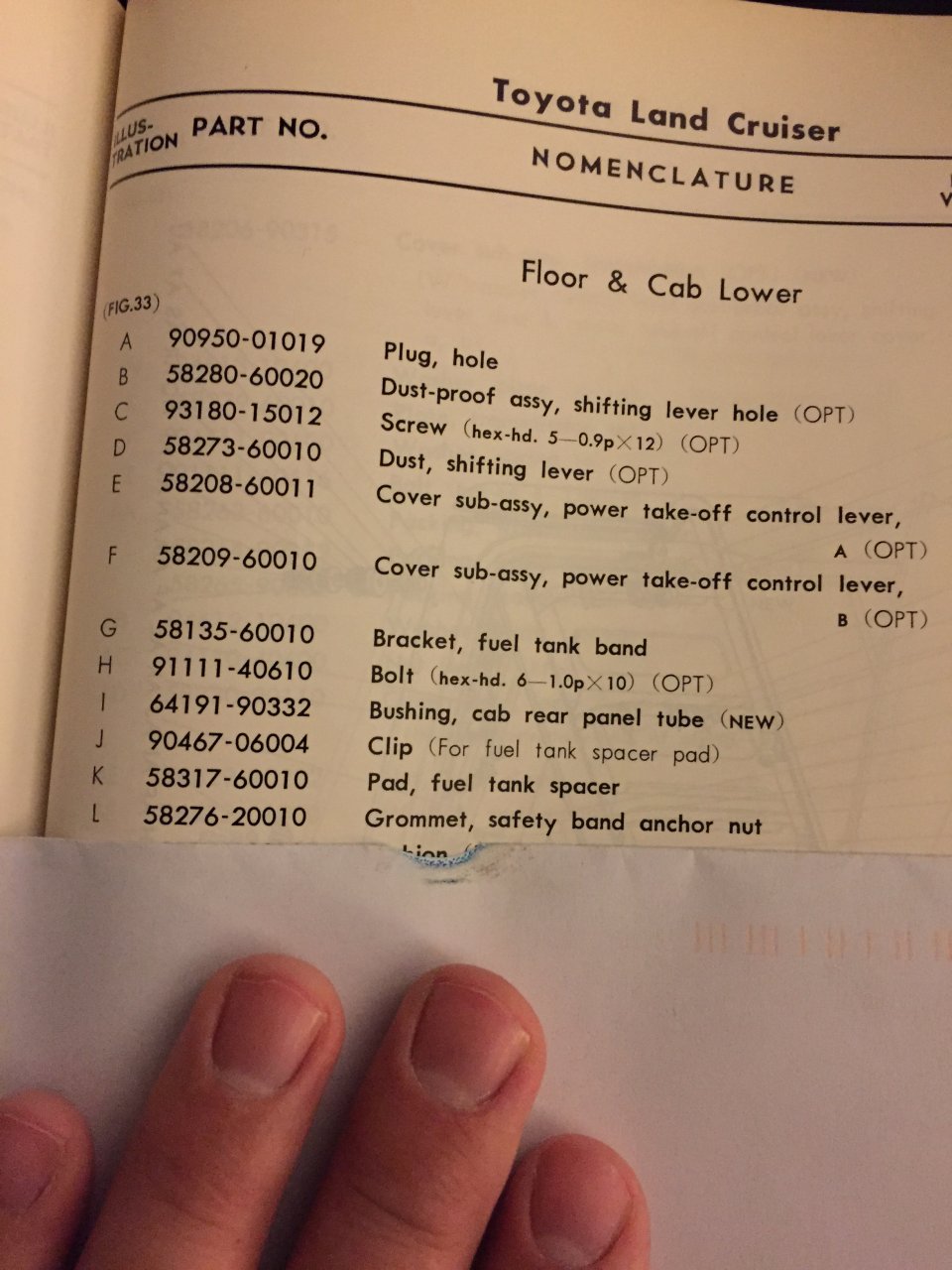 In the evenings this week I have been spending a few minutes each night polishing up the old paint, it has cleaned up amazingly well so far. It has even shined up enough to get some reflections in it, not bad at all for original 50 year old paint. Another night or two and I'll have her looking good as new 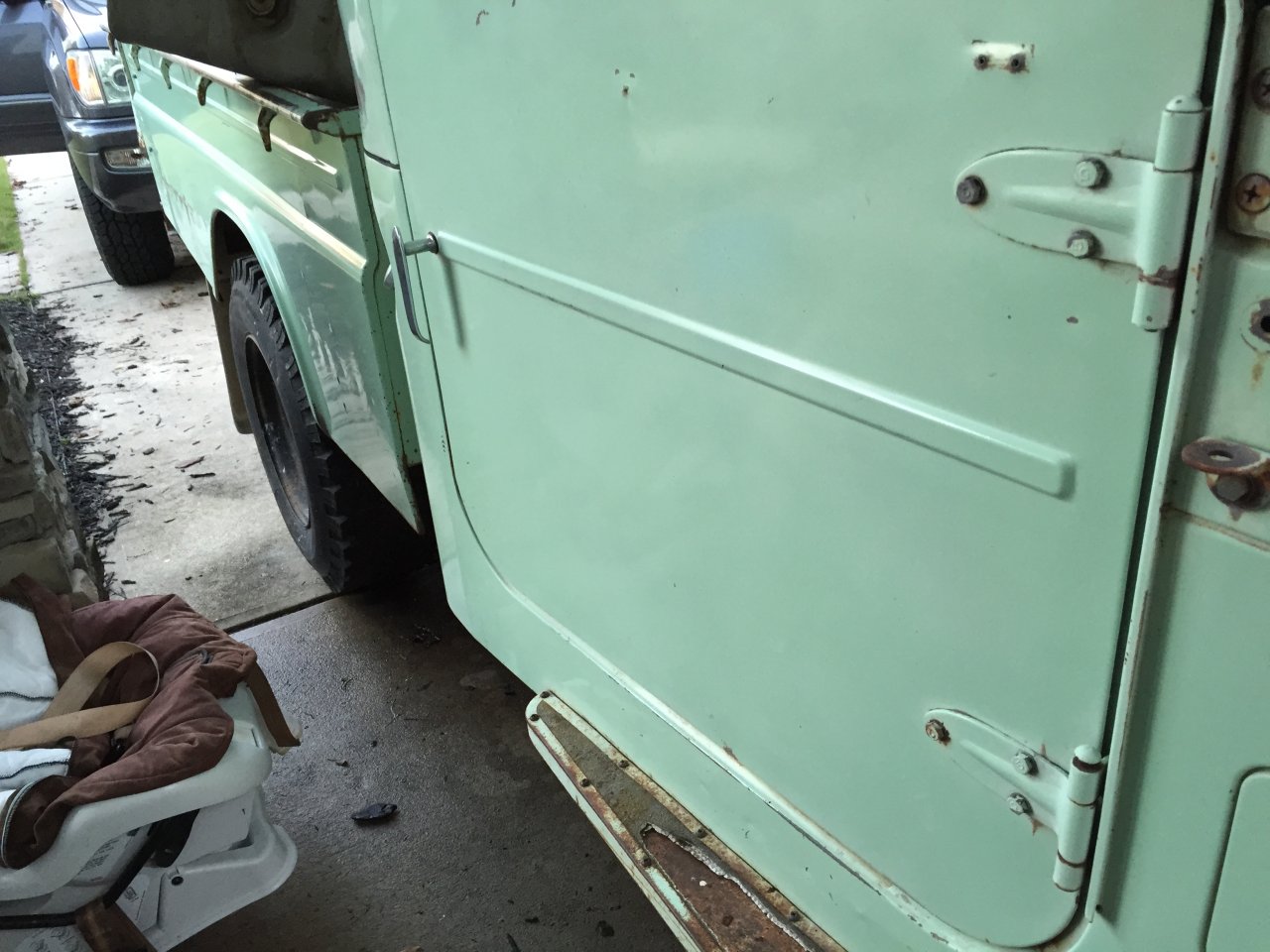 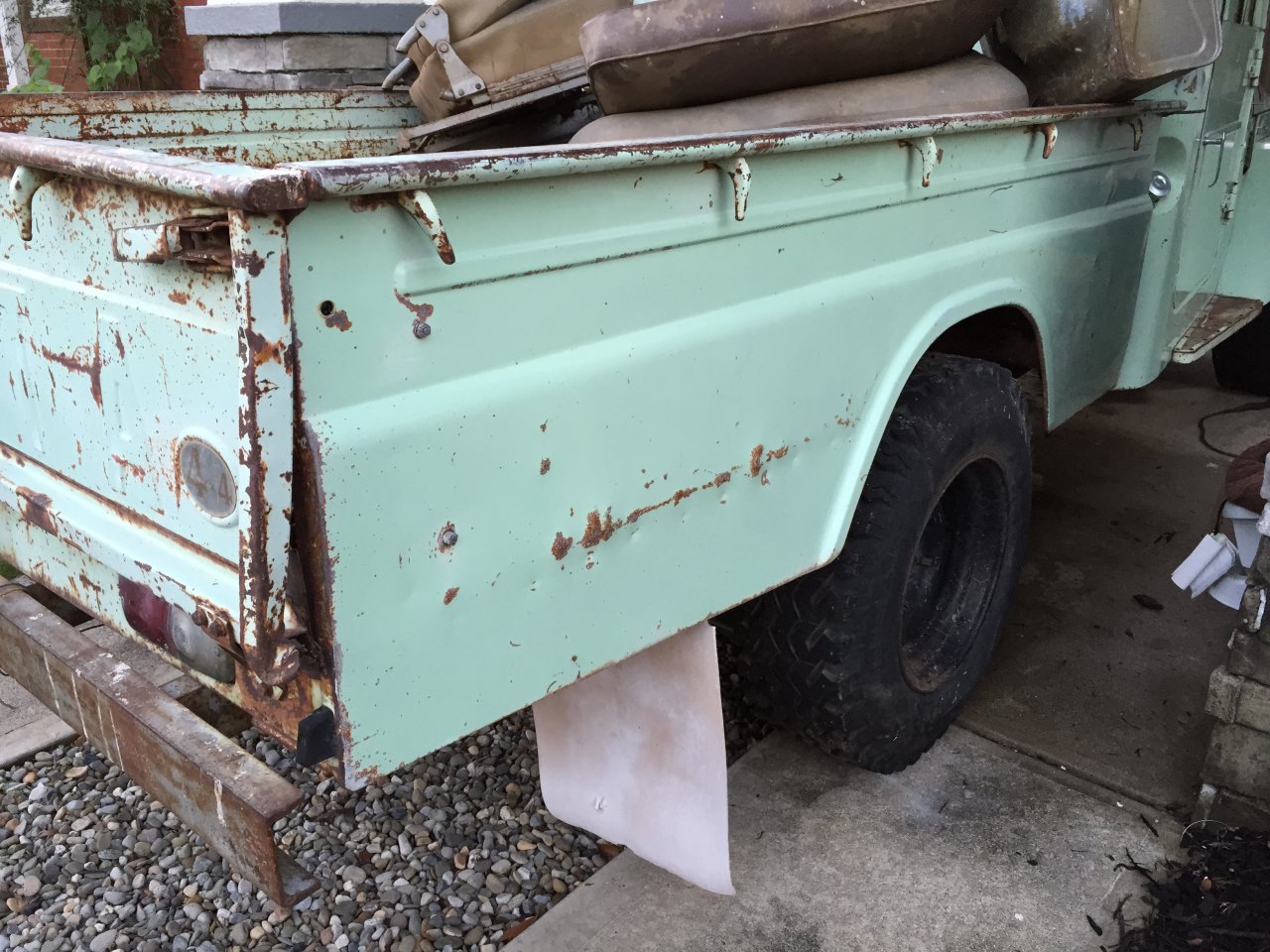 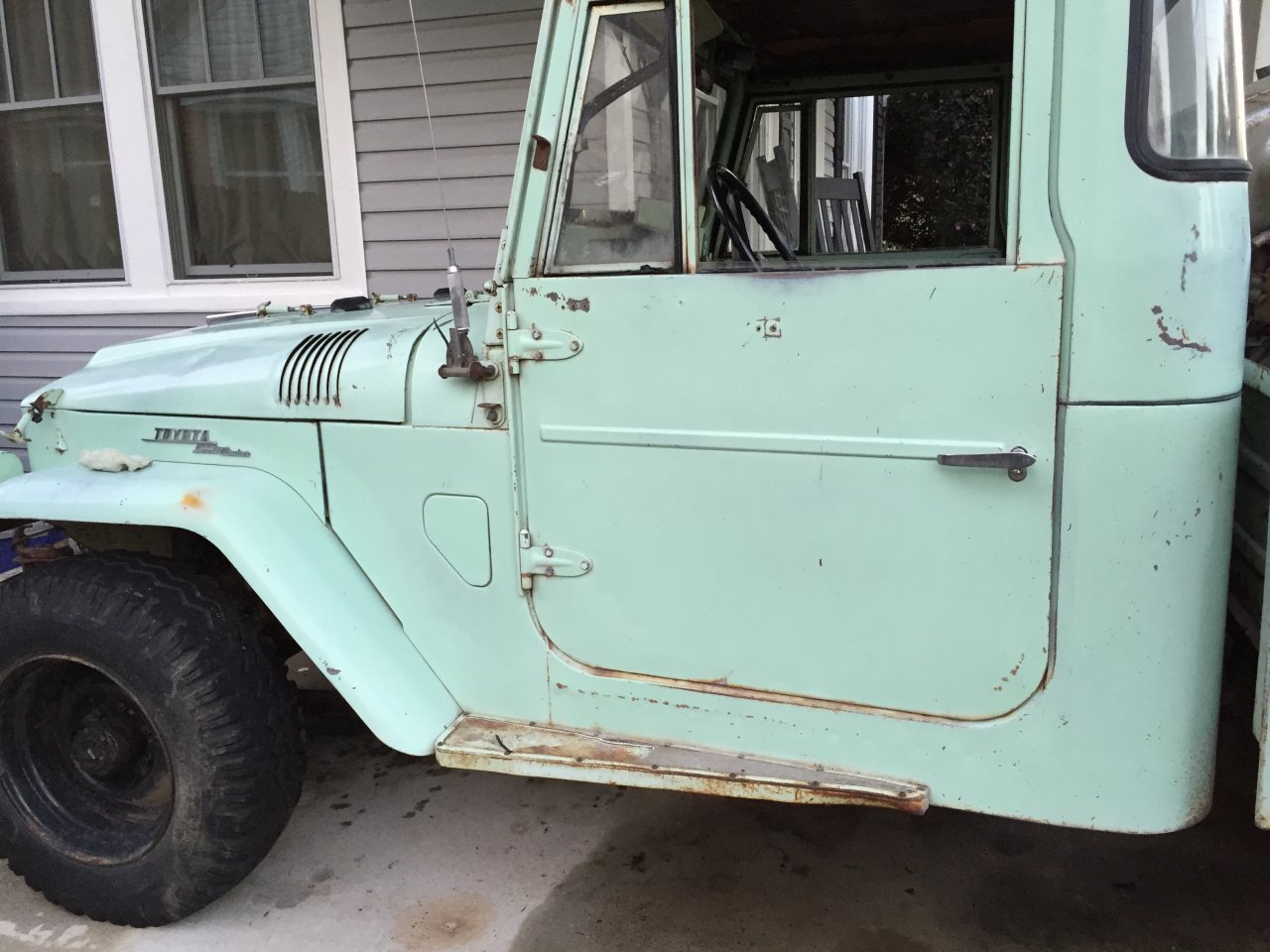 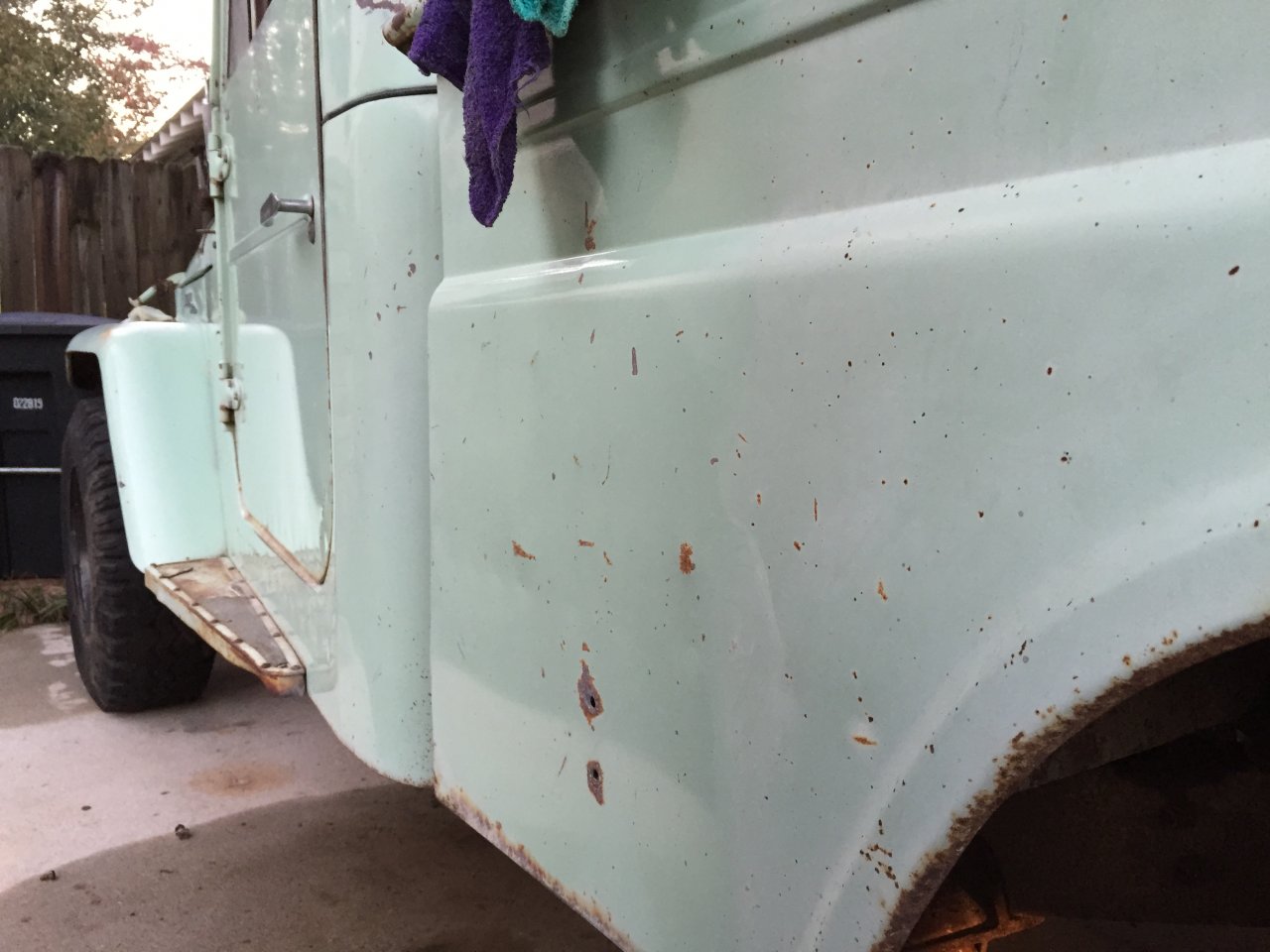 I know you are not scared of long distance travel in your Cruisers, so maybe one day you'll have to come out to AZ for some wheeling.

That is great that the paint is shining up. It's going to look amazing when you're done buffing it up.
You must log in or register to reply here.

S
Anyone know where i can find the back panel gasket