Some history on this "somewhat rare" rig. It popped up sale in Reno right after I purchased Ed’s 45 and 22022 out of San Pedro in 2016. Despite the TOYOLET conversion, it was better in every way than the two I had just purchased. There was no way I could swing a third 45 so I passed the info onto byder12 who acquired it. The truck had a 283 installed by Earl Warden. It resided in Placerville before making its way to Reno. Bdyer12 then had it moved to Ky and I moved it down to Florida. I was told by the Reno seller that Earl owned the truck at some point. 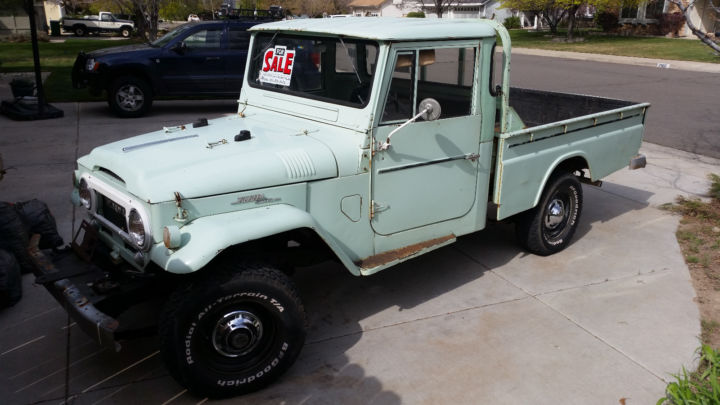 Learn more about 283 Swapped: 1965 Toyota Land Cruiser FJ45 Pick-Up on Bring a Trailer, the home of the best vintage and classic cars online.

“This 1965 Toyota Land Cruiser is a somewhat rare LHD FJ45 pick-up variant, which according to the seller remains largely original apart from a Chevy 283 and 4-speed R700 automatic swapped in by the previous owner. They add that it drives very well, and that new wiring and brakes have recently been fitted. Find it here on eBay in Reno, Nevada for $22k OBO. Special thanks to BaT reader R.N. for this submission. 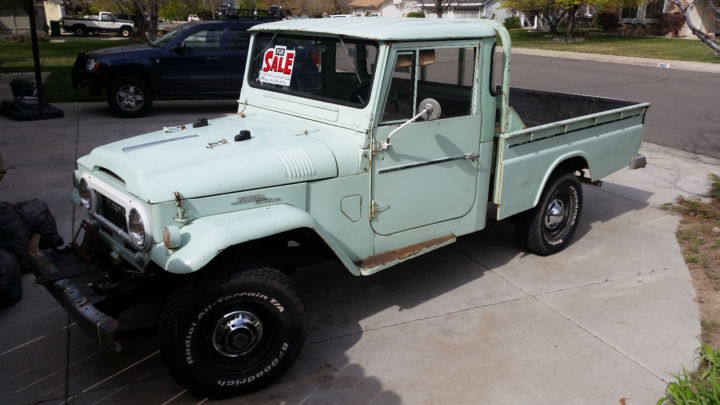 Provided photos are limited to the two exterior and single cabin shot posted here, and written information is just as limited. This faded minty green does appear to be a factory offering however, and overall condition looks to be good. There’s a definite patina going on, but nothing moves beyond character-adding to neglectful or abused looking. Rust may be a concern, though bed sides and lower rockers (excluding lower fender/running boards of course) show pretty well here. Regardless, a close first-hand look is the only way to know for sure. 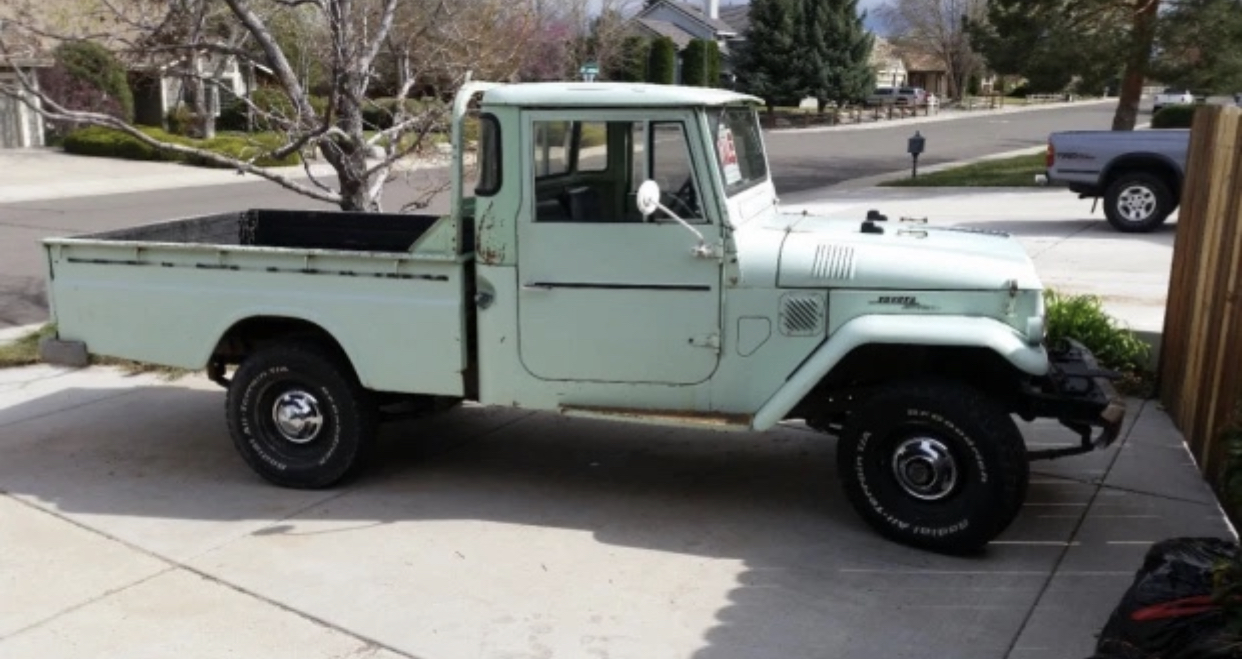 The cabin presents similarly, with wear and tear equal to that seen on the exterior. Apart from the retrofitted automatic gear selector, everything appears to be fully stock, including split 40/60 seating. The driver’s bottom seat cushion will need some attention, but otherwise this seems to be a perfectly serviceable cabin as-is. 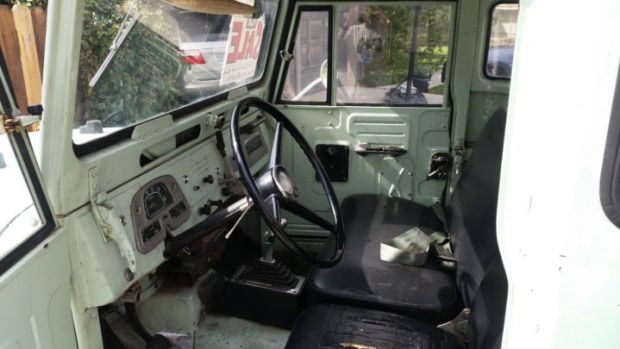 No engine bay shots are provided, but a 283 seems like a good choice for compactness as well as power and torque, both of which should be improved over stock with a mild, carbureted setup, while avoiding adding too much stress to older driveline, suspension, and chassis components.
Last edited: Feb 10, 2021

It’s all here, some assembly required. 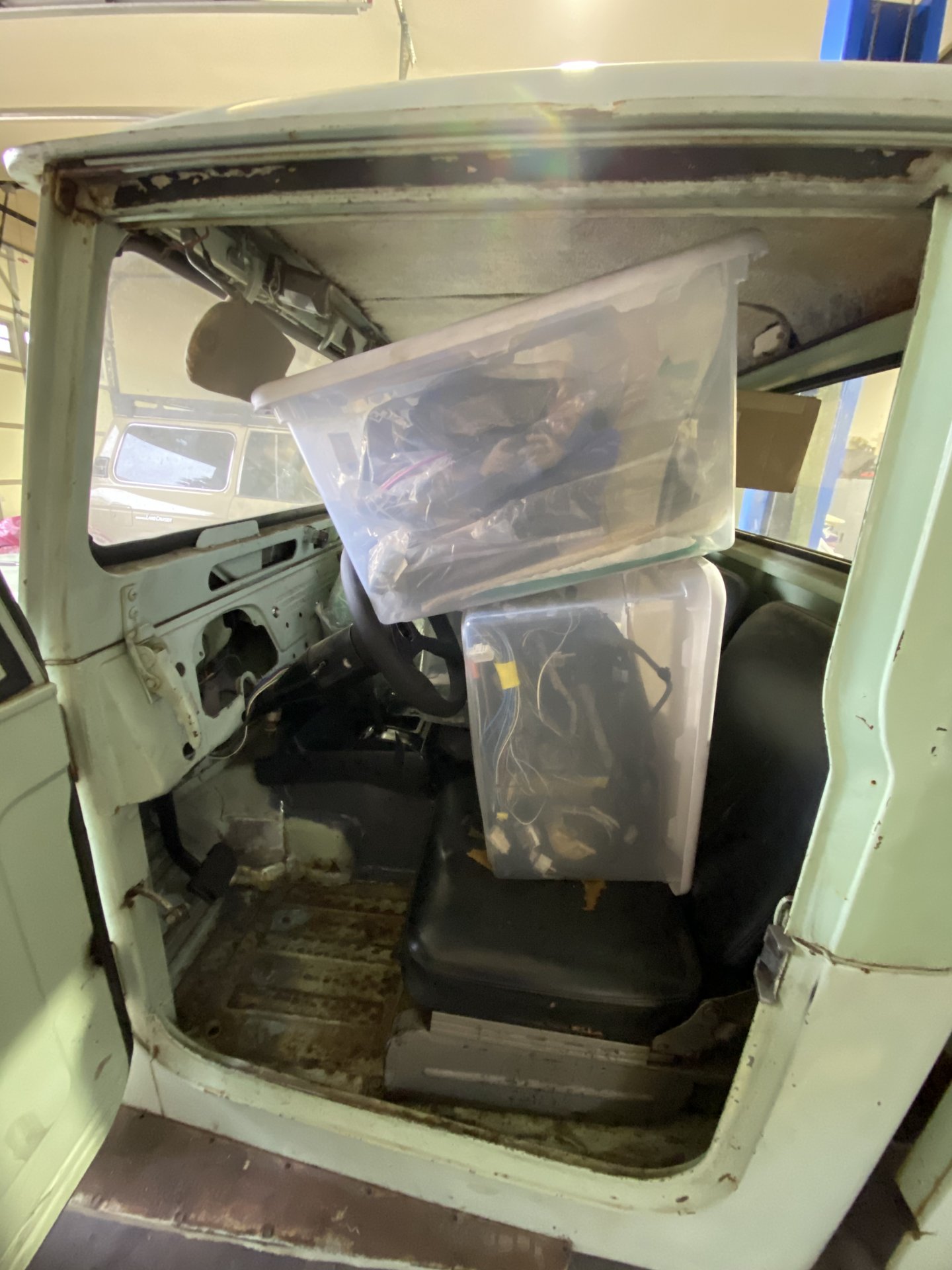 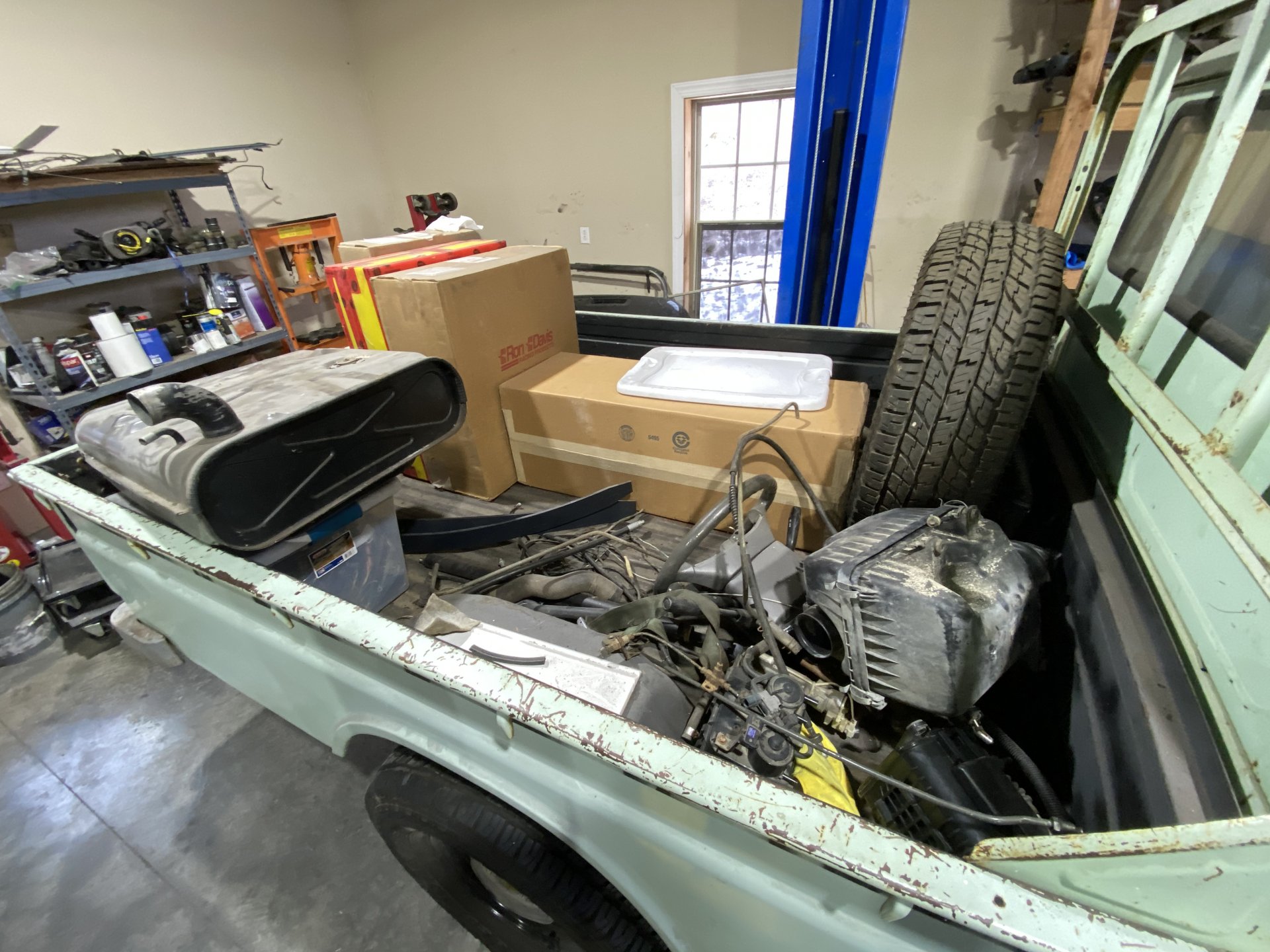 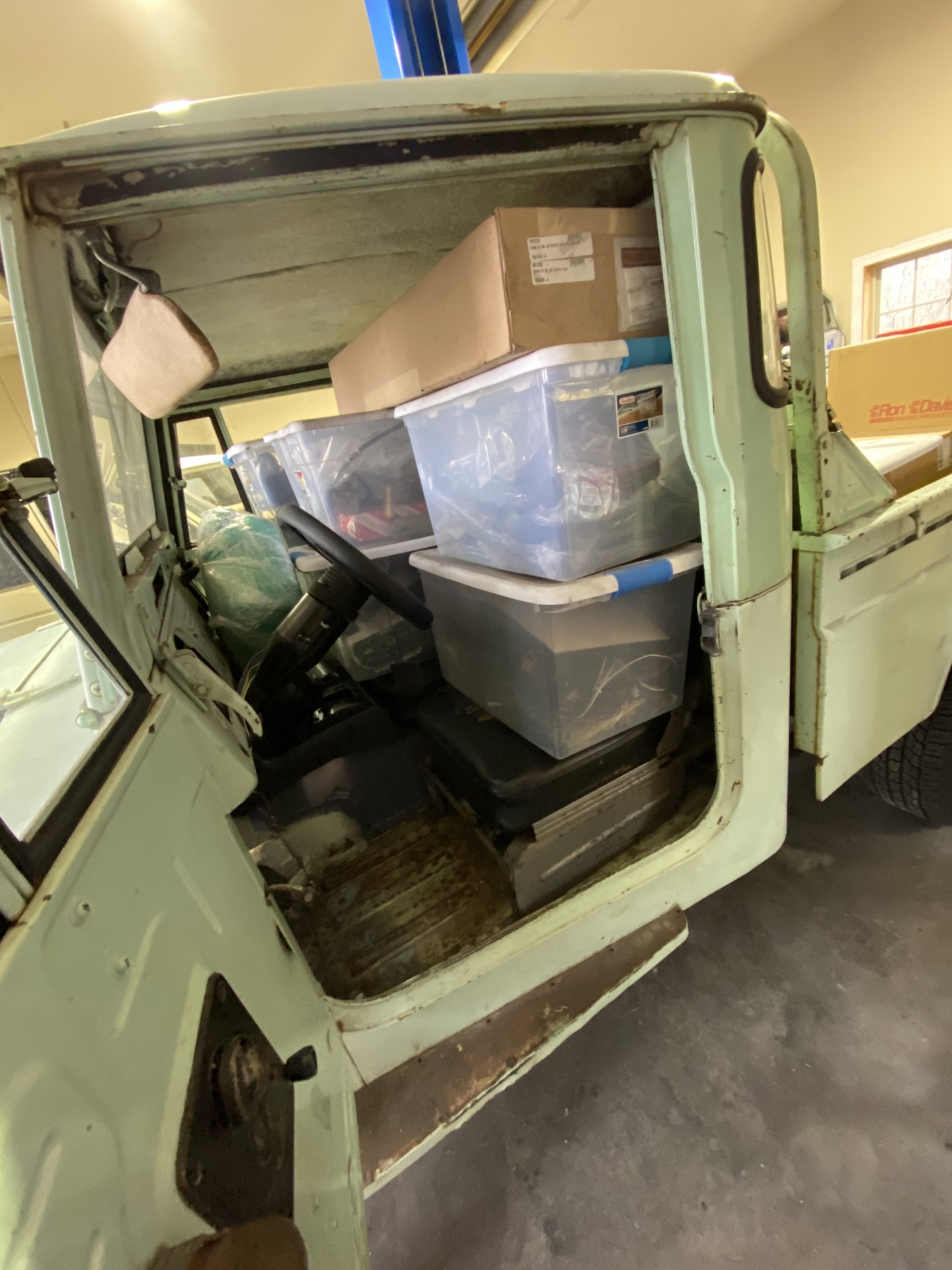 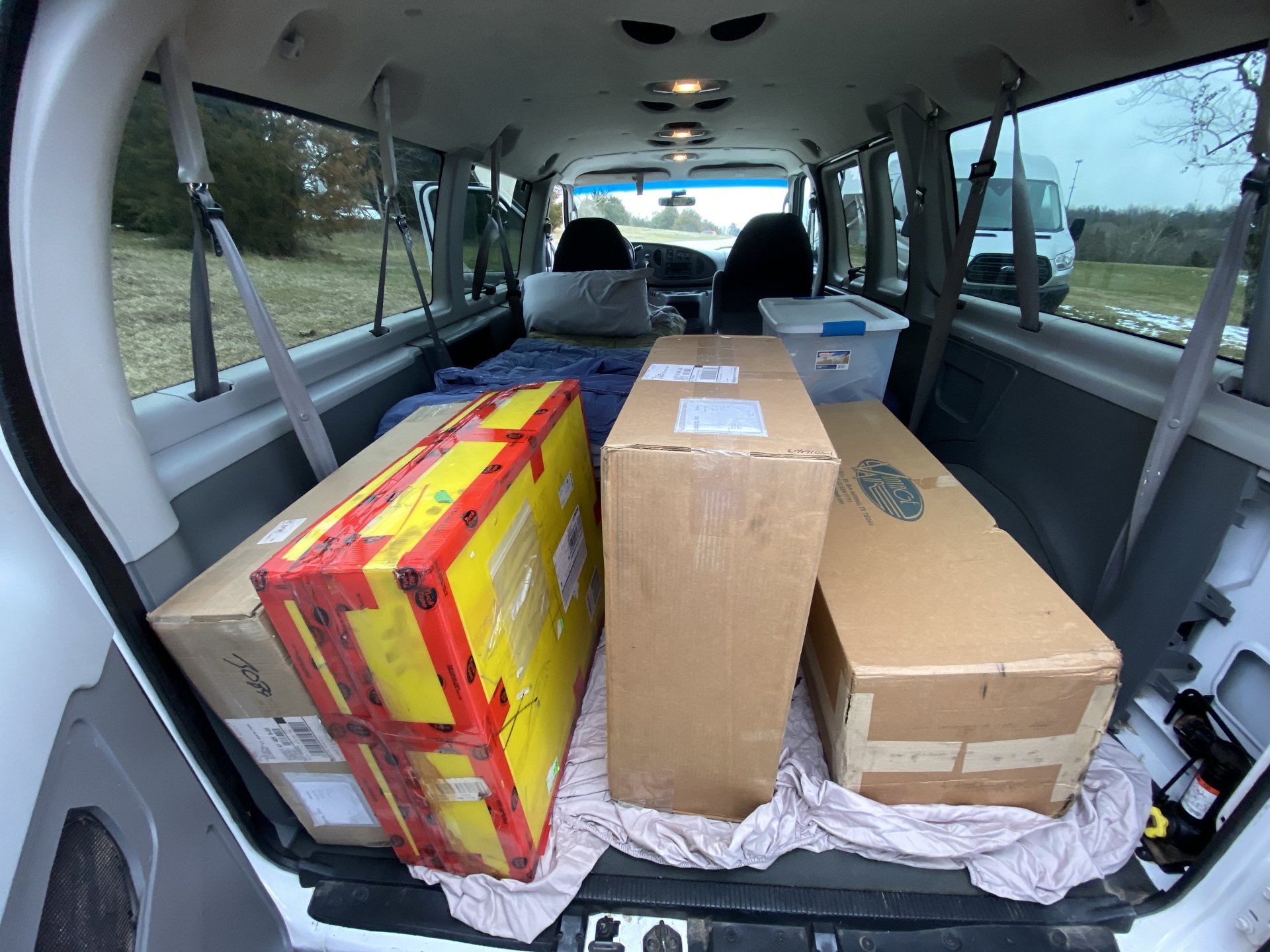 I’m very fortunate to have an excellent auto electrician who can make this pile of wire, run the rig. Frank and I have built many cruisers of the years without him on board, this wouldn’t be possible. 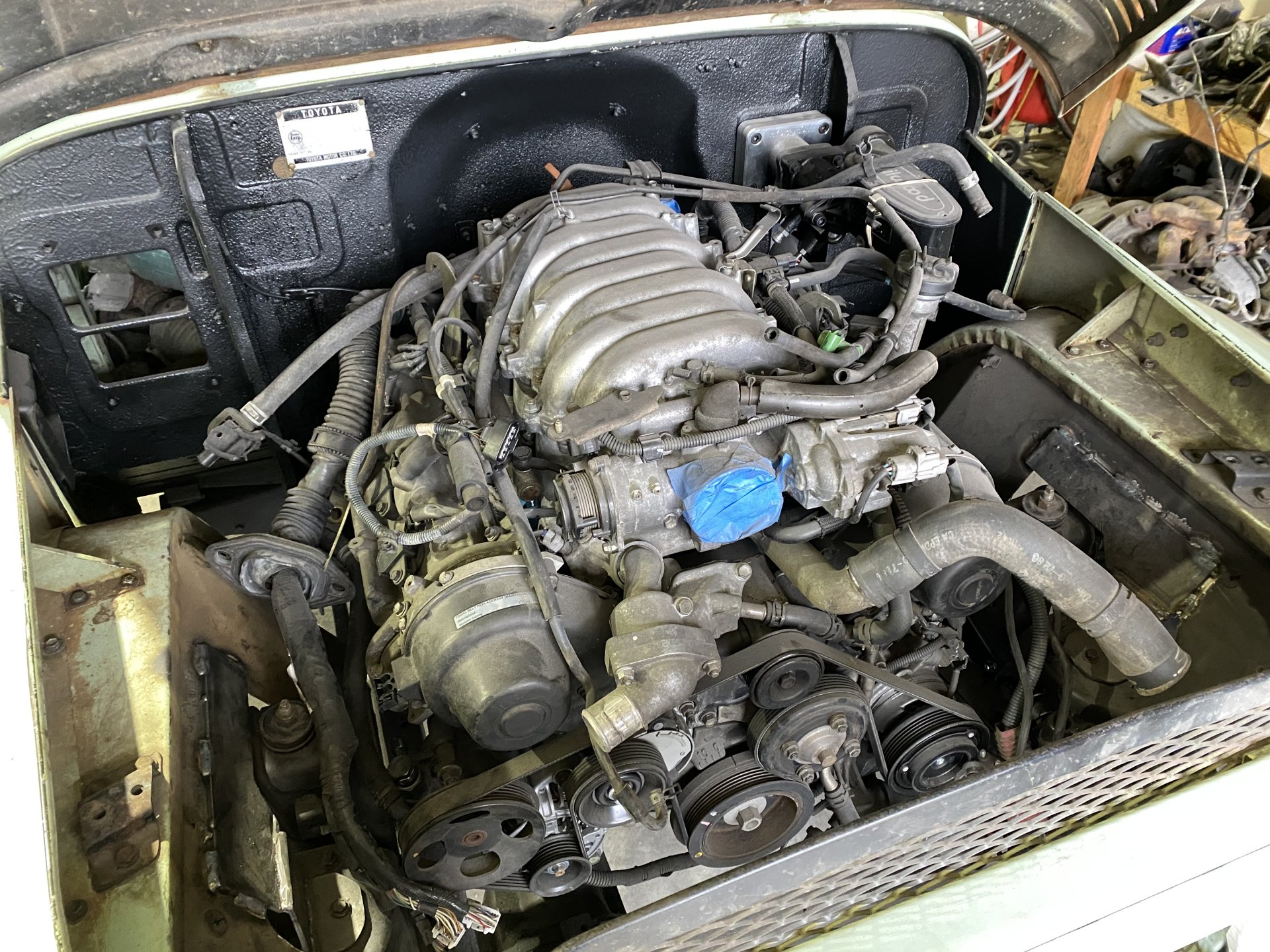 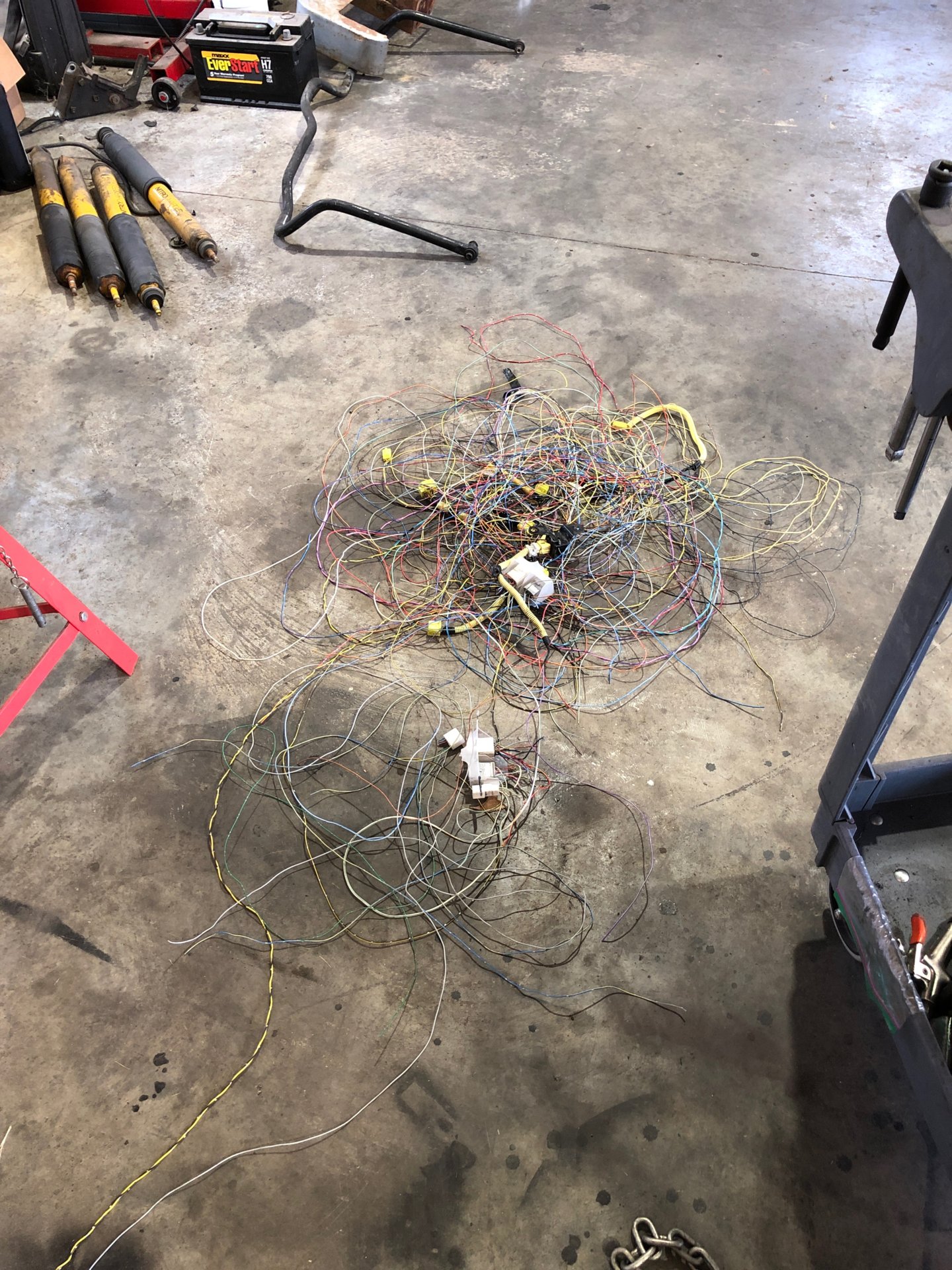 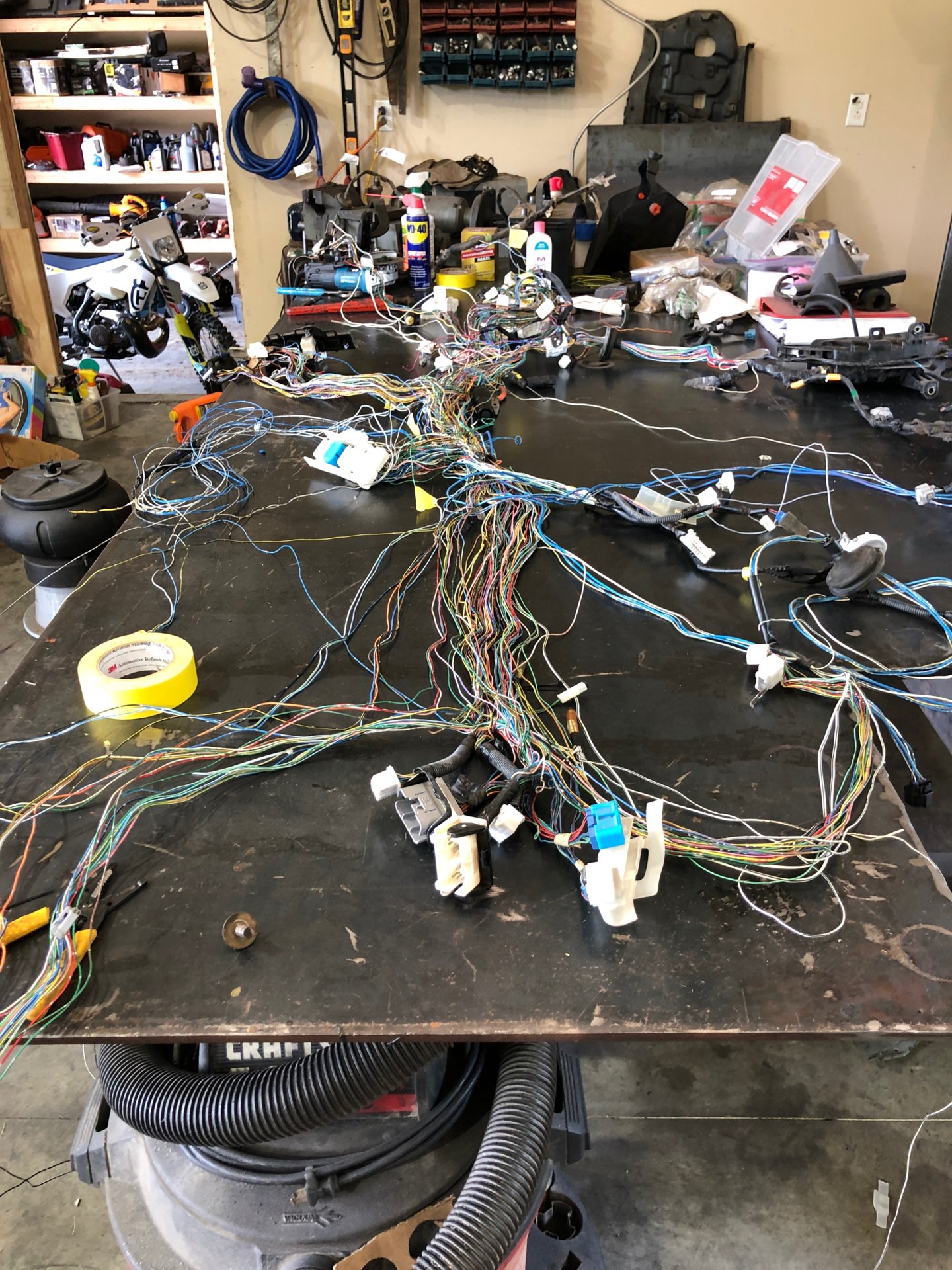 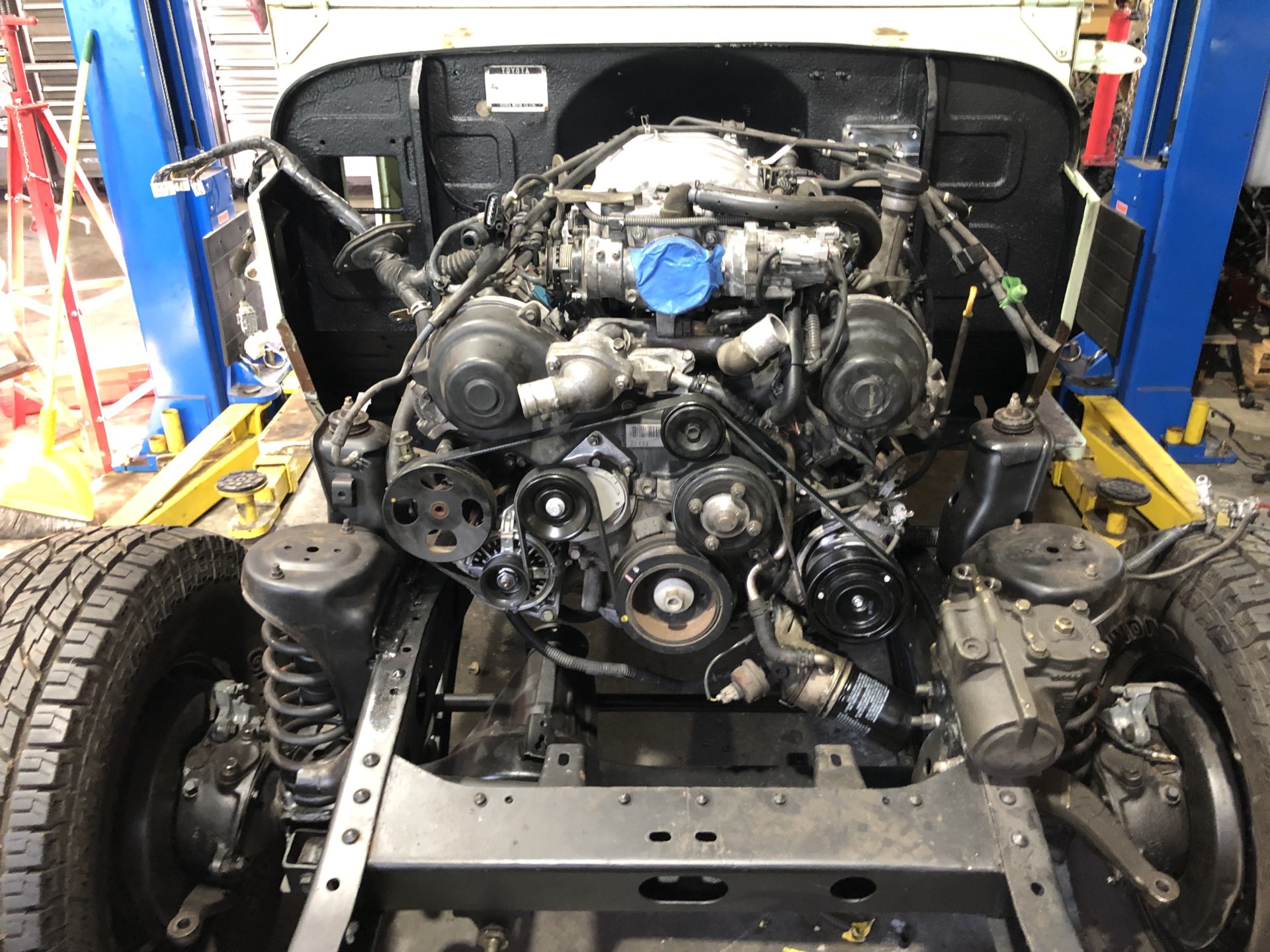 @bdyer12 did me a solid by finishing the trans cover before I picked it up. 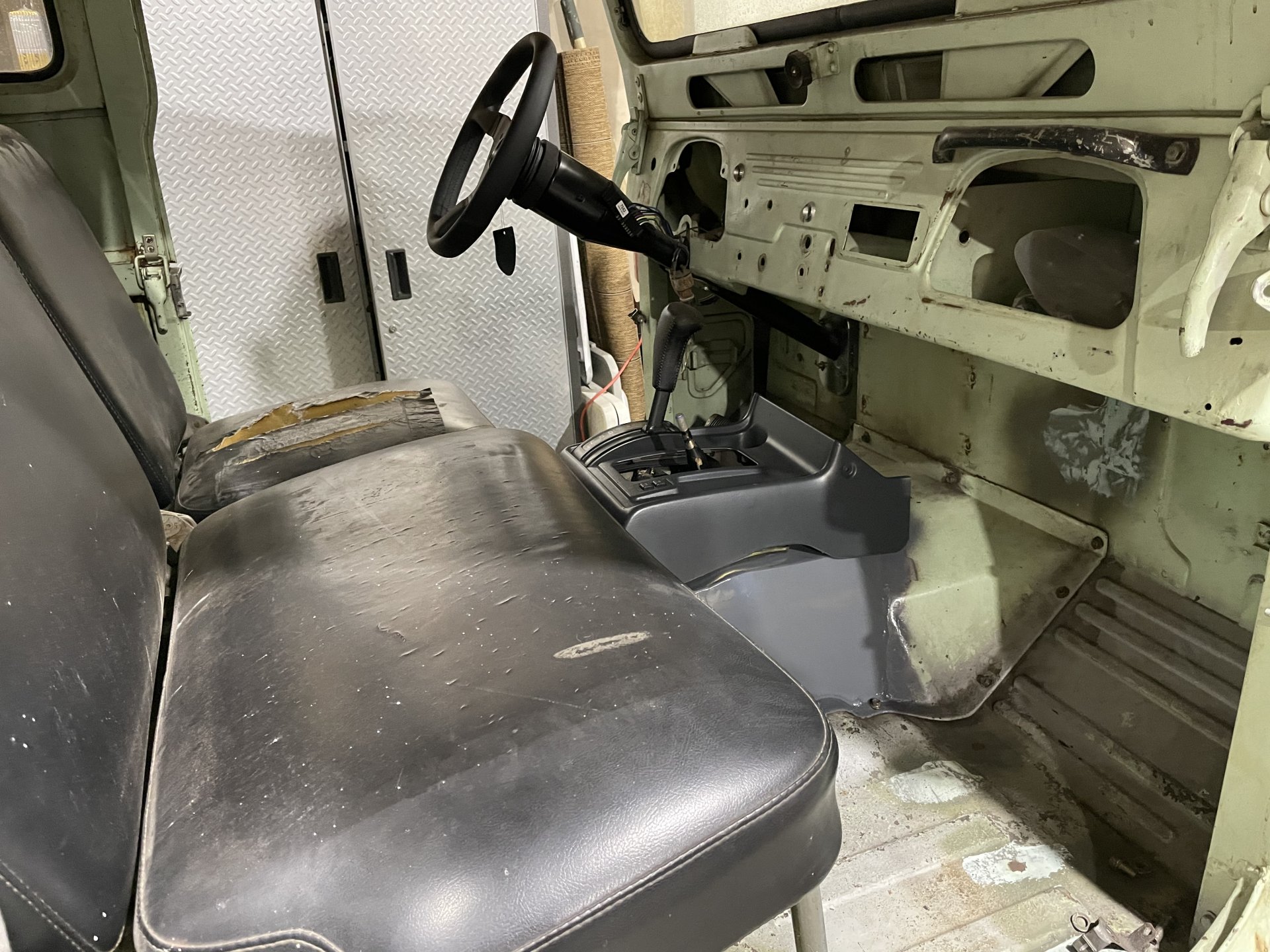 Cant wait to see it all together! 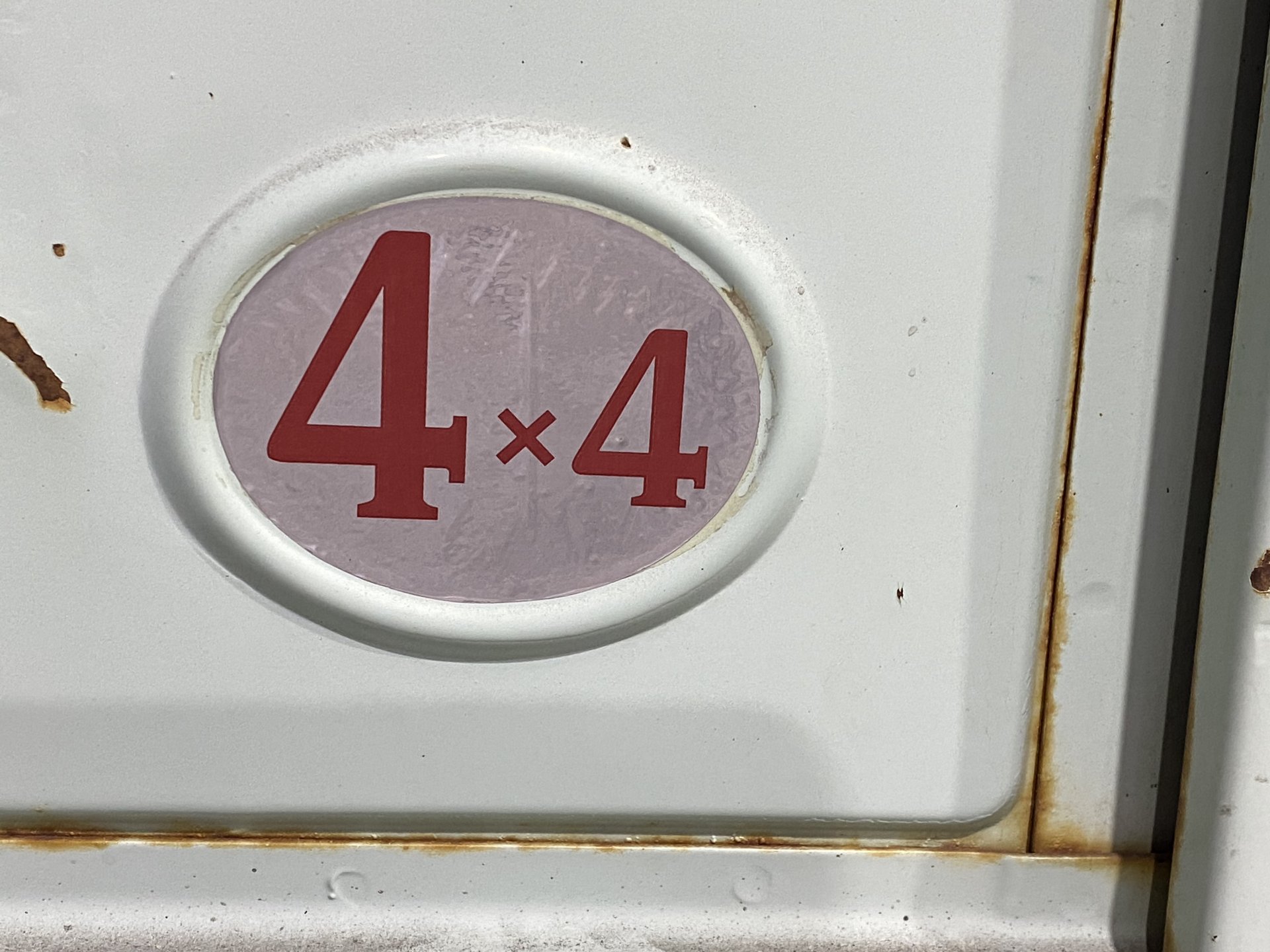 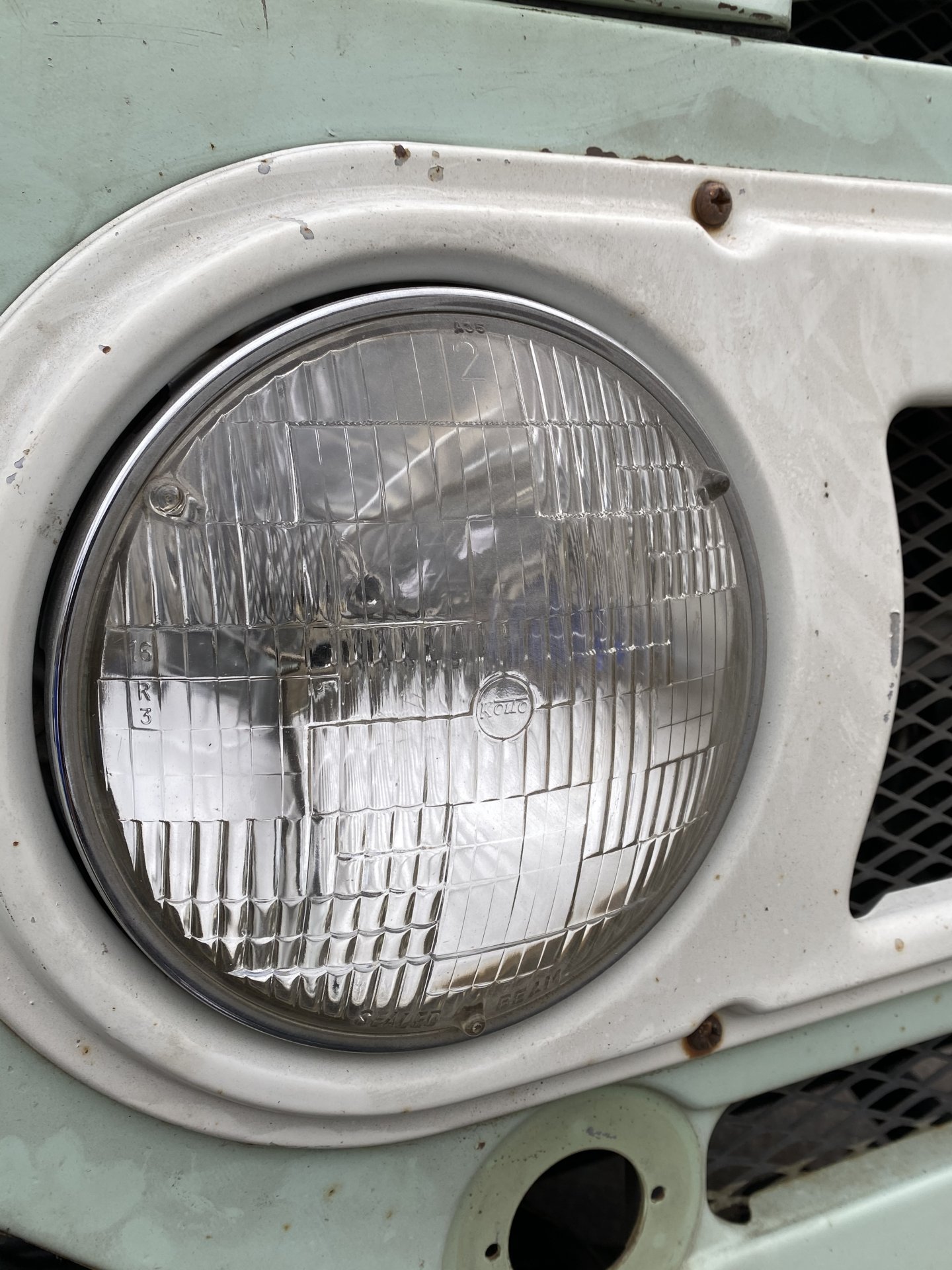 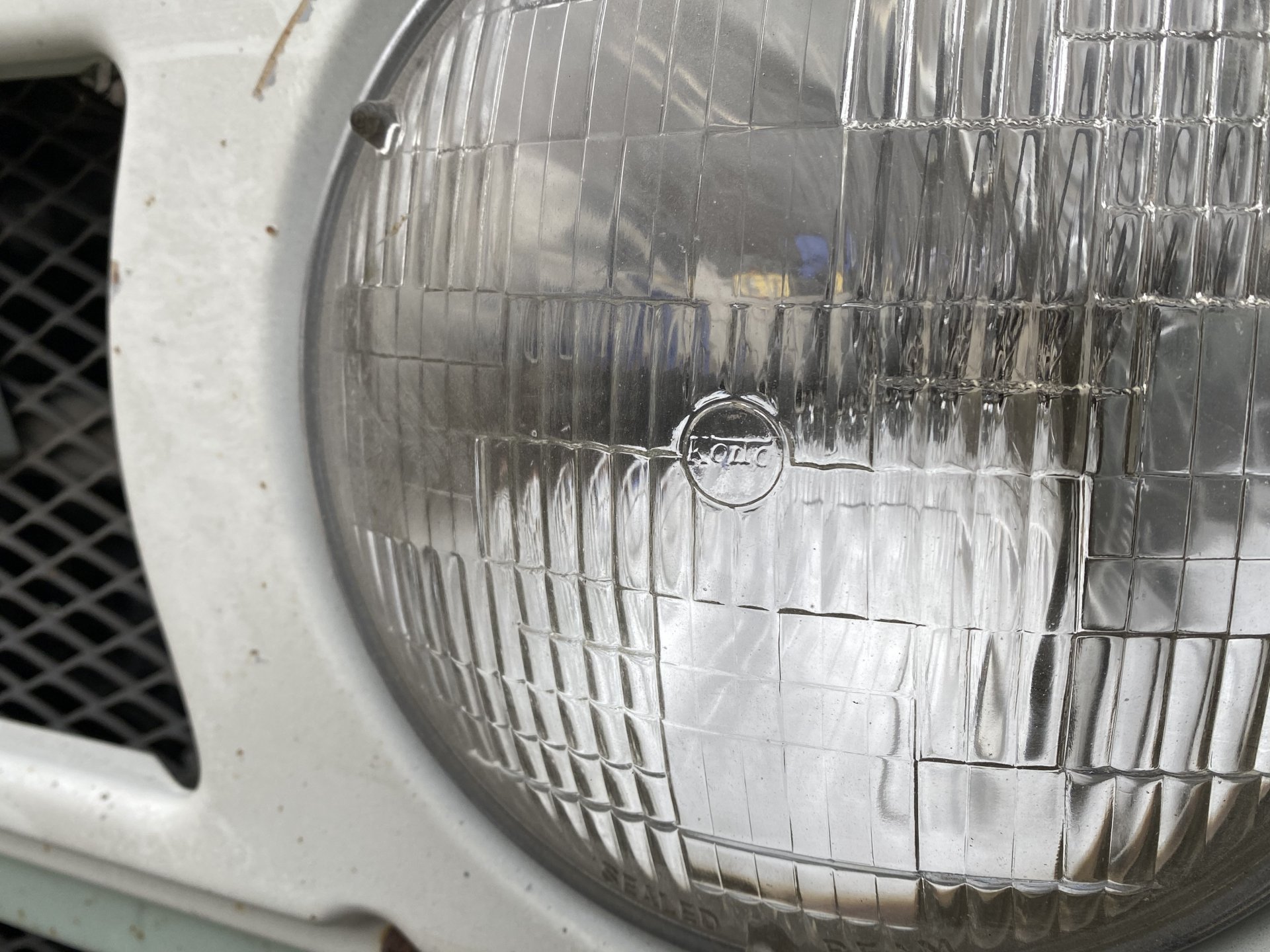 ! Deo too! Especially if you want a Badass Cruiser

I'll buy Frank a Parka if he will move up here