It was one year ago today my wife and I made a day trip to Tucson, returning with this: 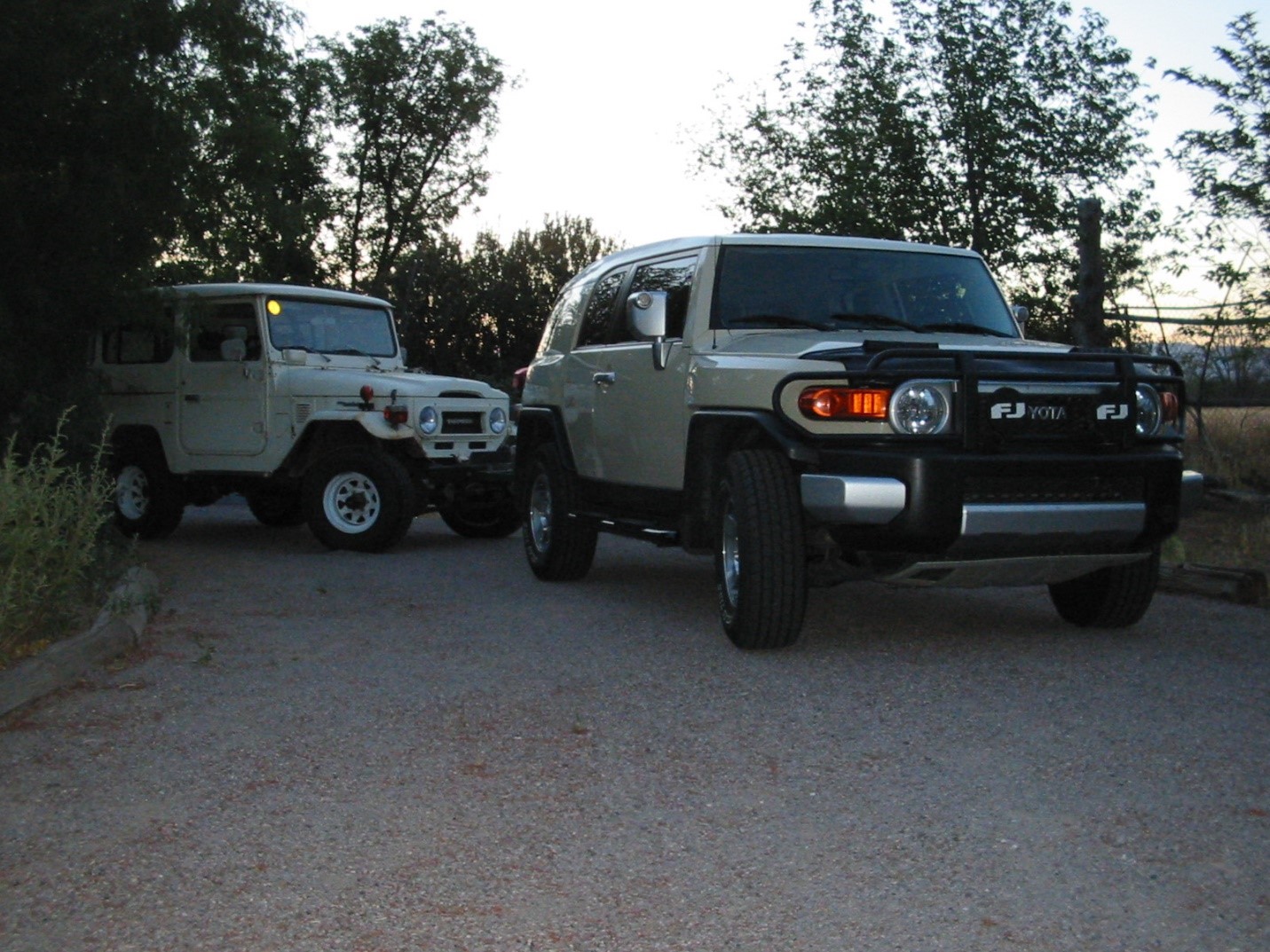 Now I know you like before/after pics, so let’s get started! 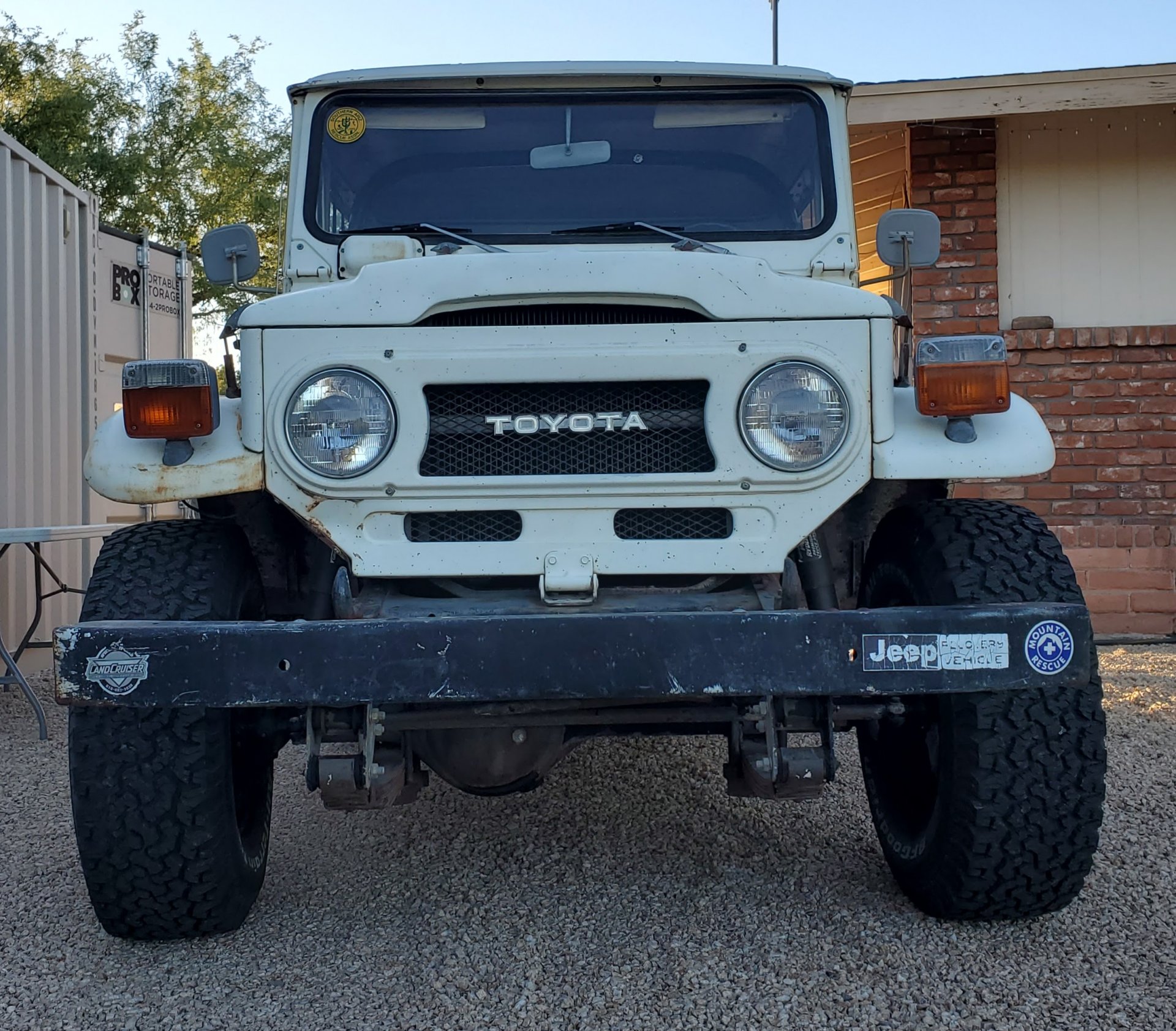 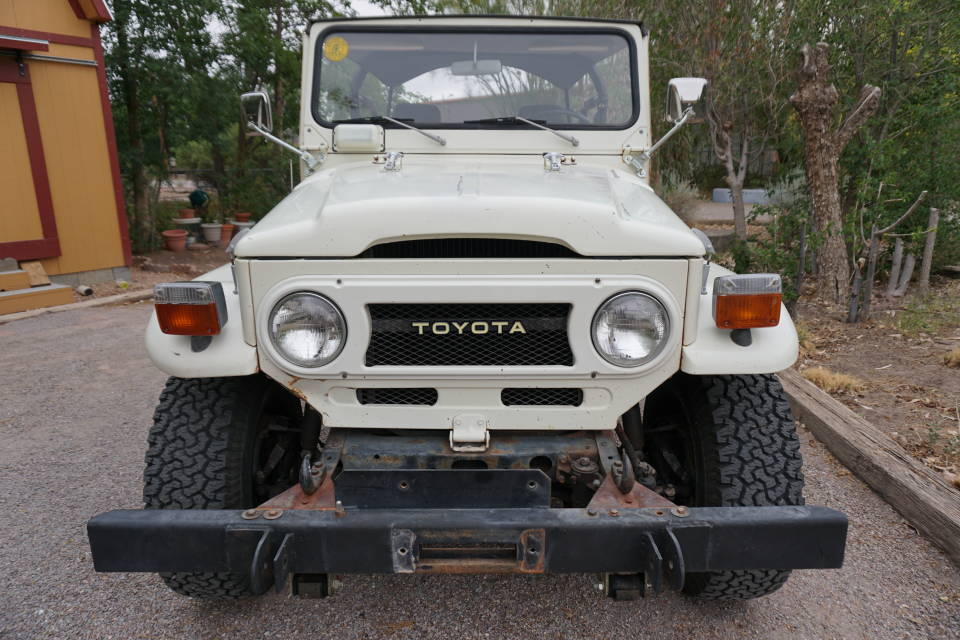 In Tucson, the pre test drive cold start cranked a little longer than I liked, but it fired up and idled well. On the test drive it was slow to accelerate, and we joked it felt like Ma and Pa Kettle going to church on Sunday. 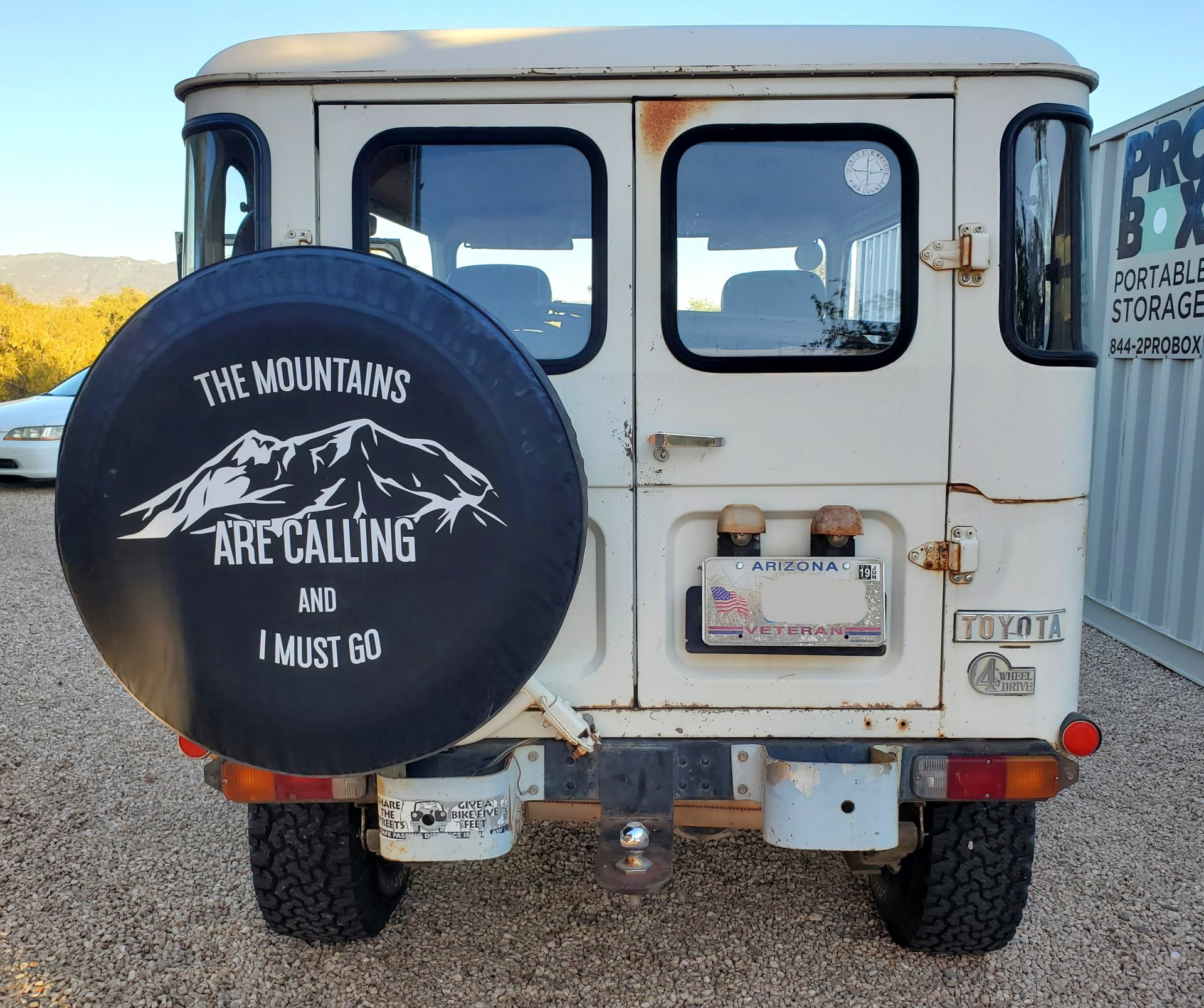 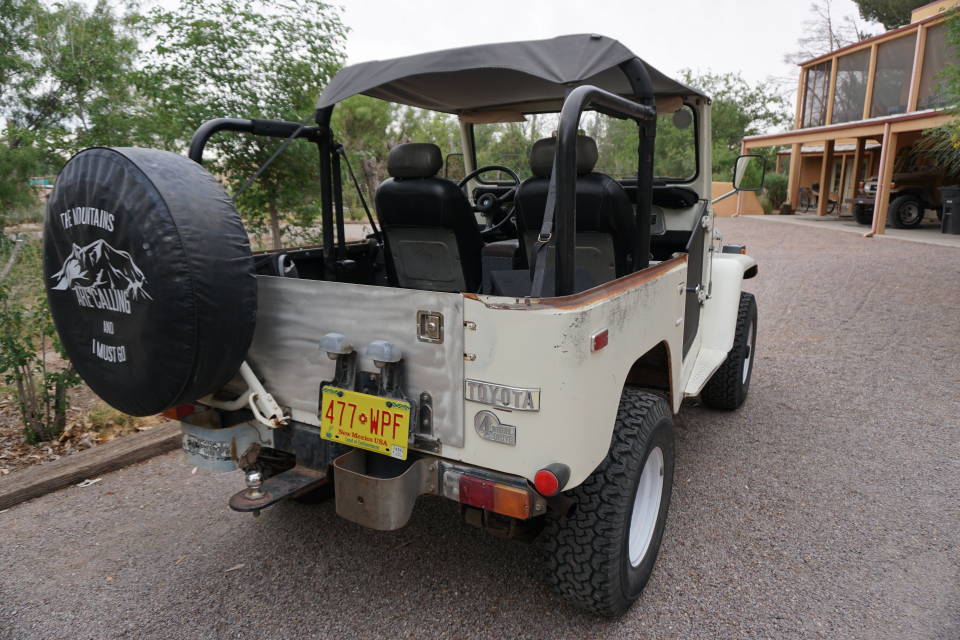 In the weeks after we returned home I noticed the starter cranking too slow, very much like Zack had done last year. I’ve learned from Zeke (77) and Zack (78) to just drive them and they’ll tell me what they need, so that’s what I’ve doing with Zeb this past year. 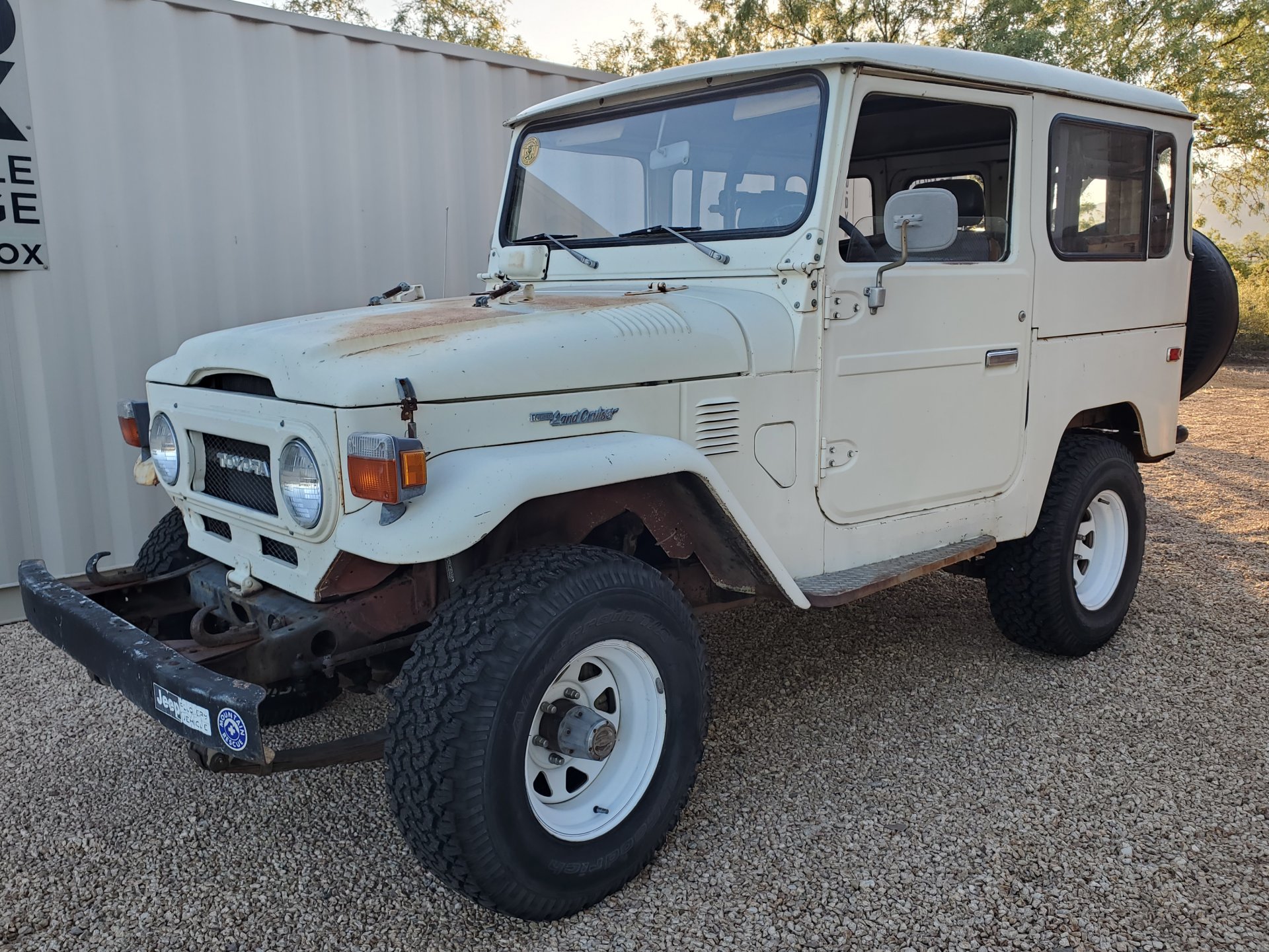 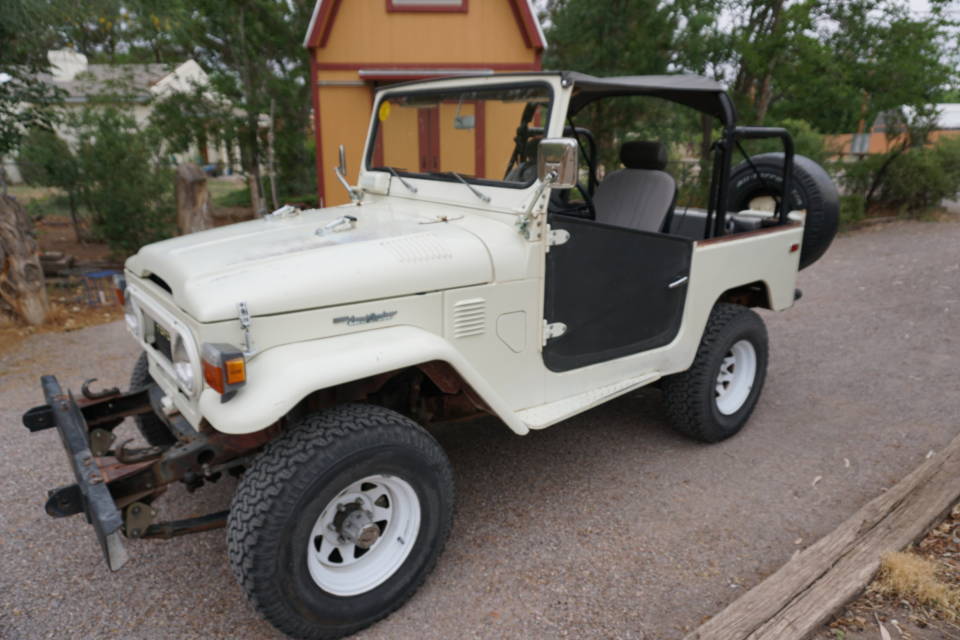 I located a gear reduction starter on Mud and just like with Zack, starting was immediately easier. Eric had added an oxygen sensor for Tucson emissions test, but Las Cruces has no emissions requirement so I pulled it out. 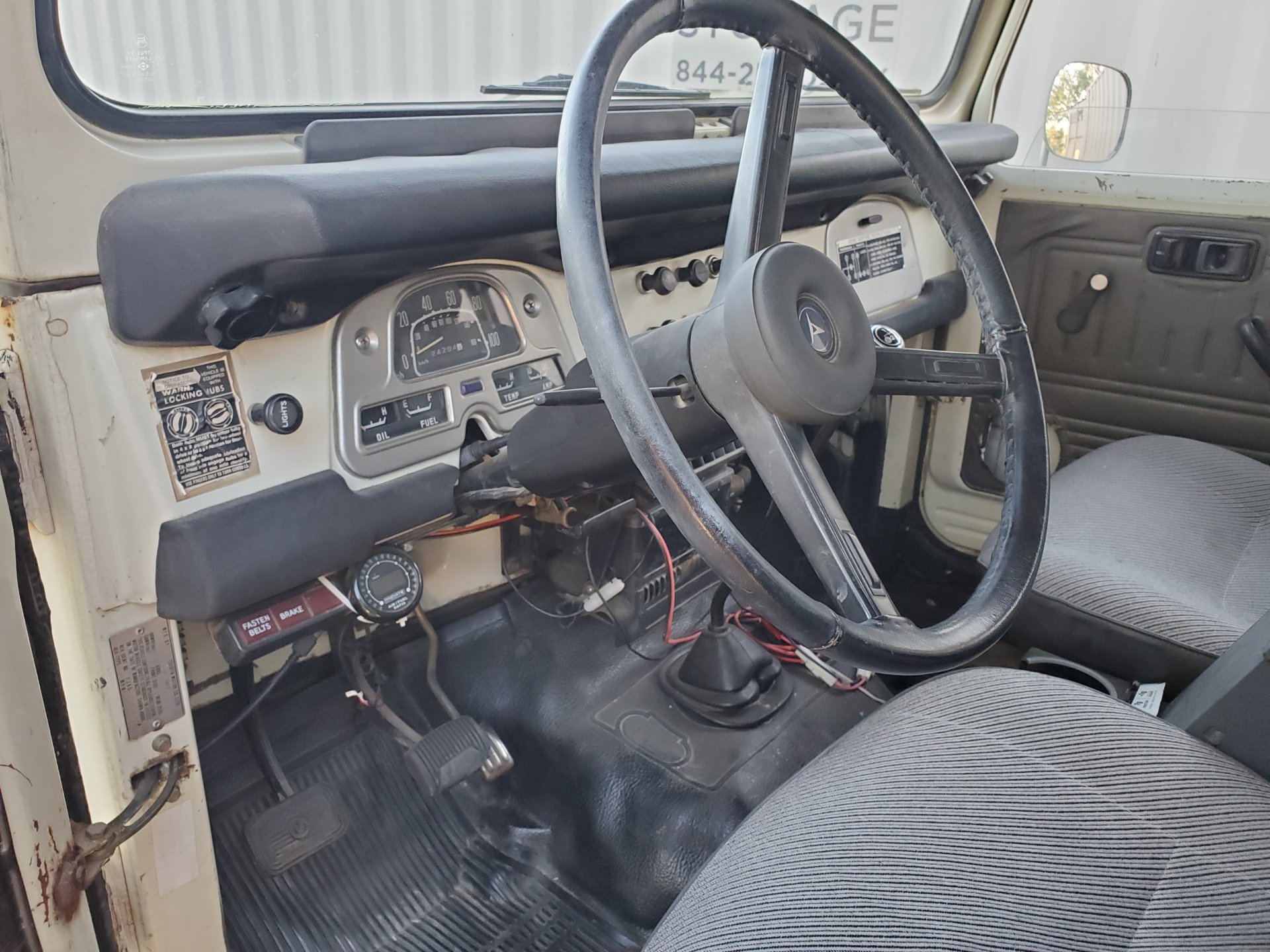 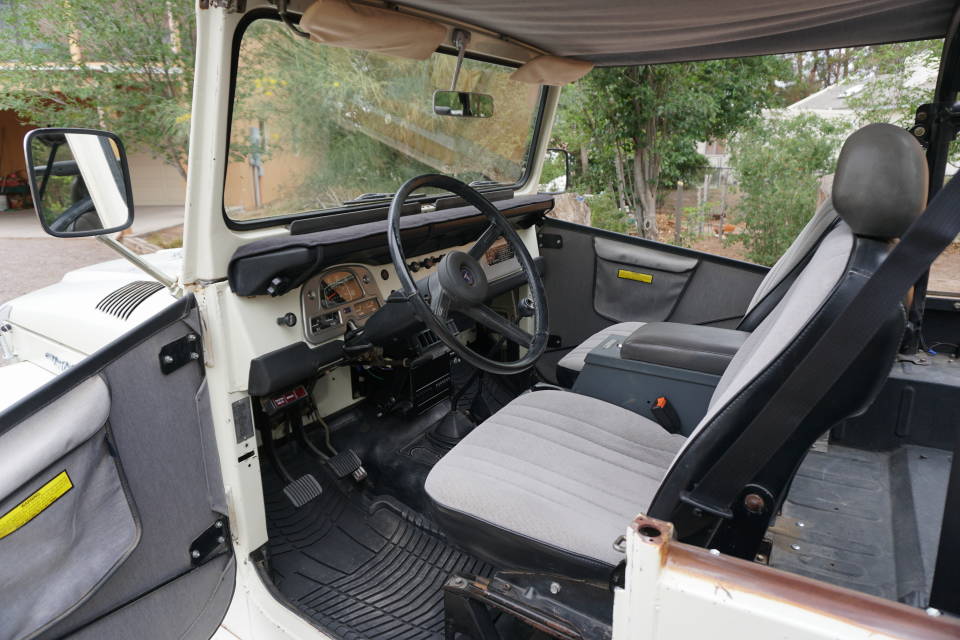 After a much needed carb rebuild I bought a 77 emissions manual and figured out it was missing only a pair of VCV valves to refurbish the smog system, had a chance online encounter with a fellow Mudder who had saved his after replacing with new ones, who GENEROUSLY donated them (thx again). I then replaced the vacuum hoses. 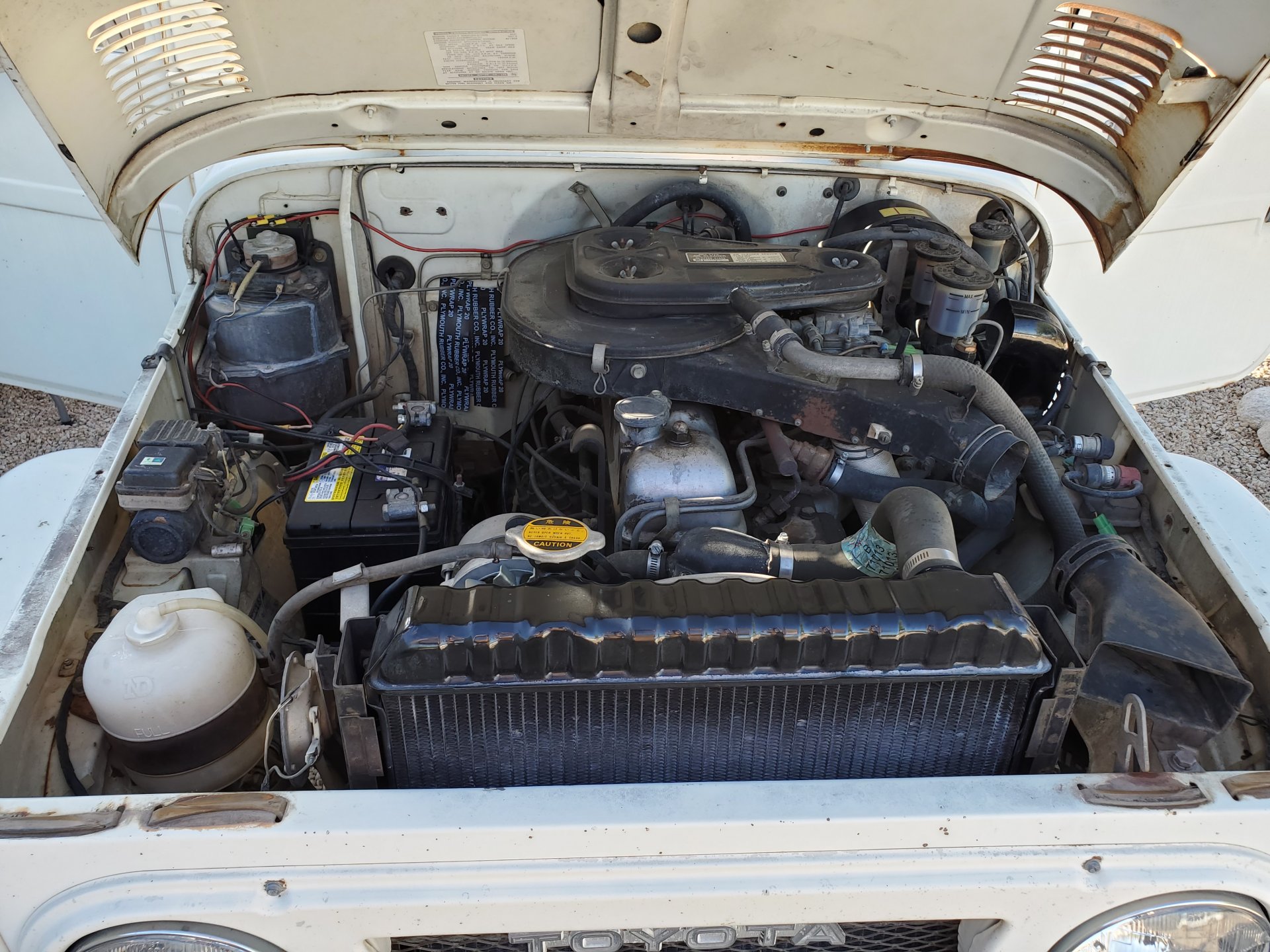 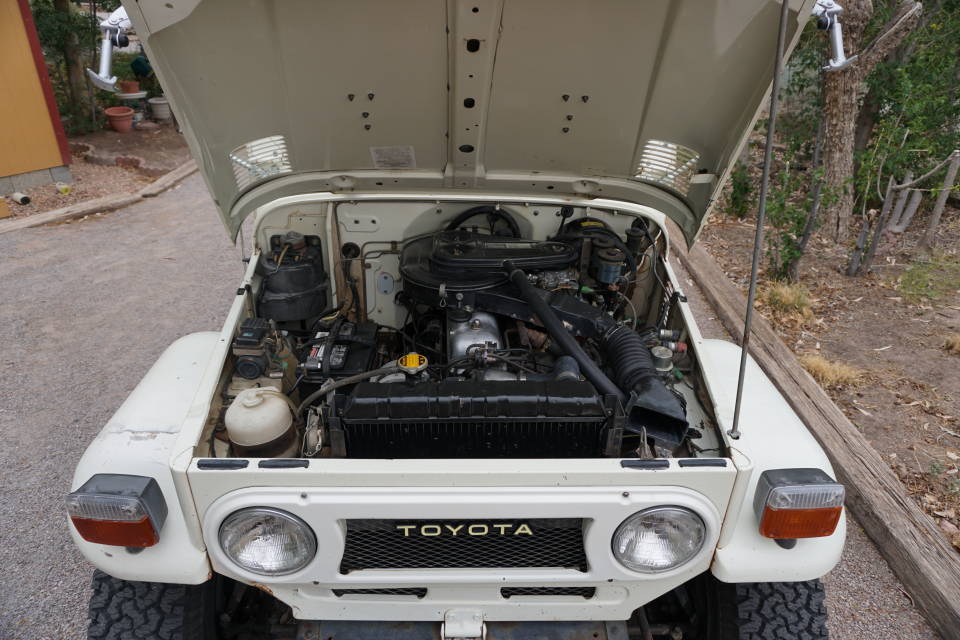 A valve adjustment, timing and idle resets, and VaVoom, no more Ma and Pa Kettle jokes!

One advantage of having 3 FJ40s is swapping parts when needed. The front seat covers were tearing, so I played musical chairs and Voila. 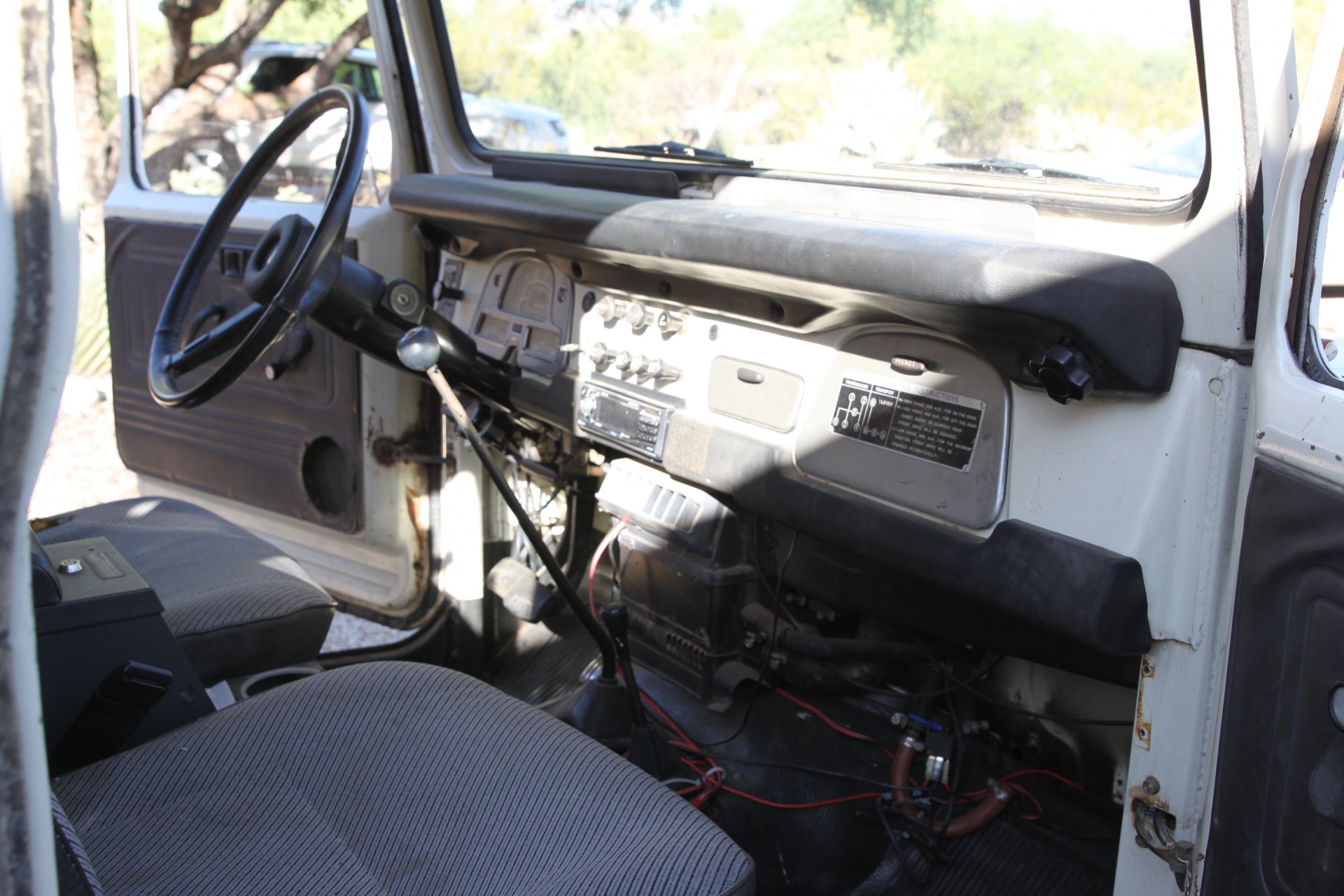 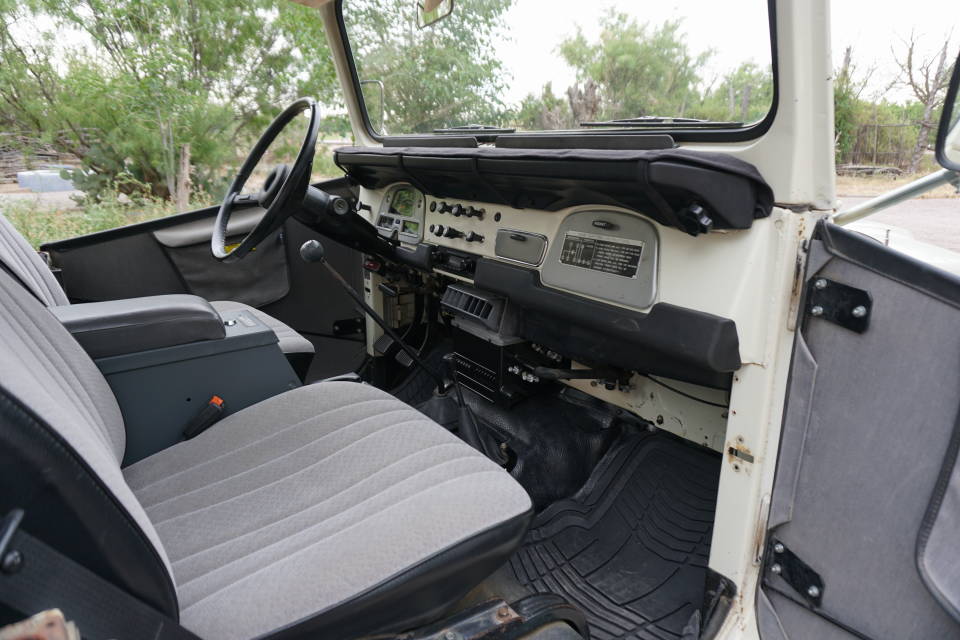 The original patina was in serious need of attention. Getting white powder on my hands and clothes was annoying, so I hit it one section at a time with Turtle Wax rubbing compound followed by their polishing compound and the difference was astonishing. 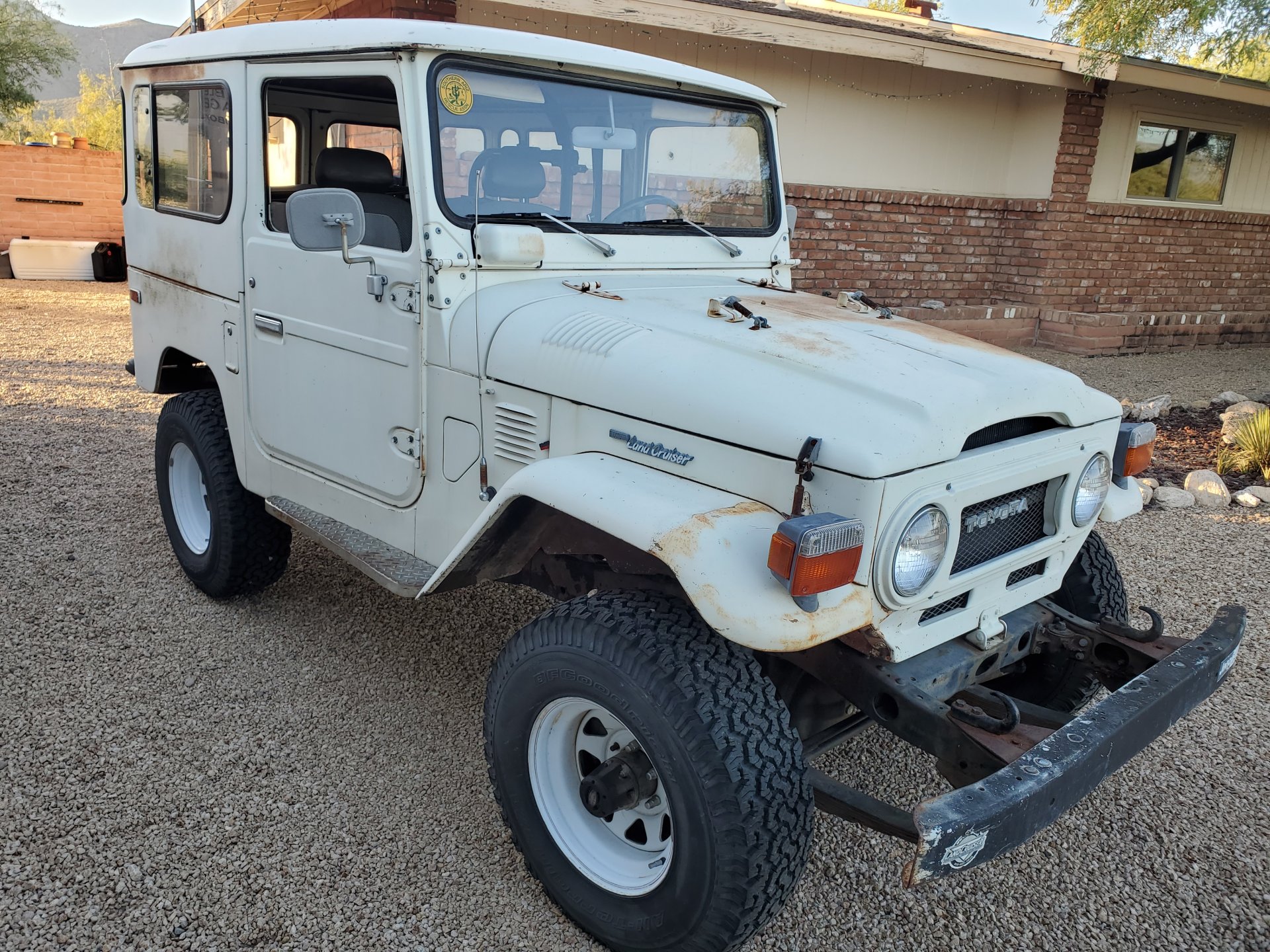 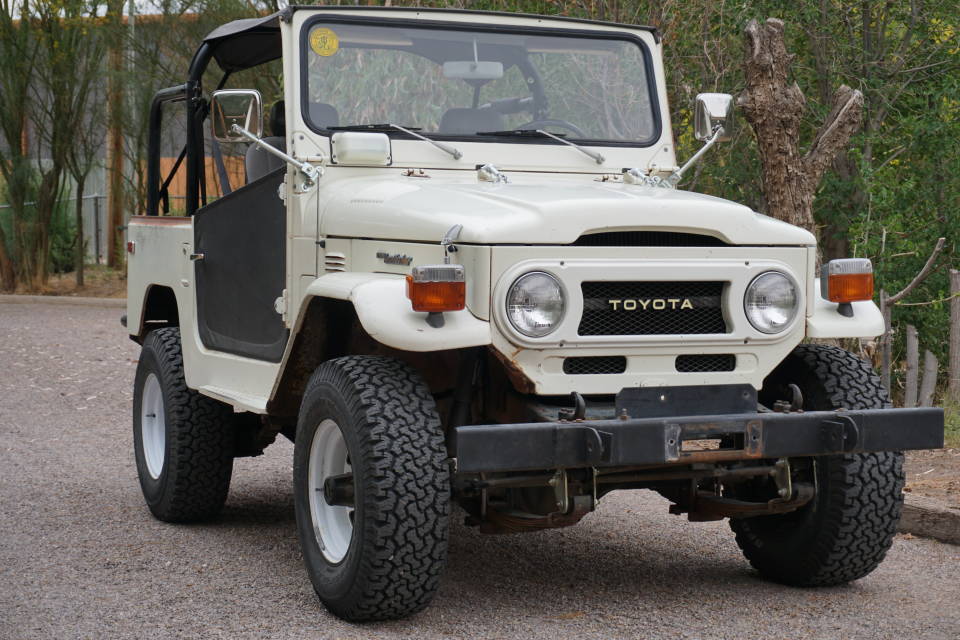 Had an adventure a few months back when we impulsively took Zeb out for a drive toward the ruins of Fort Seldon. We were cruising at 50mph when we heard a clatter from under the hood. Pulled over to the berm to check it out. The noise was repetitious and irregular, and some of you may find it disturbing that I decided to turn around and try to coax it the 10 miles back home, but I kept it at 20mph and donchaknow that old tractor engine got us home in one piece. One tough sonuvabitch! The next day I pulled the valve cover and found the culprit: 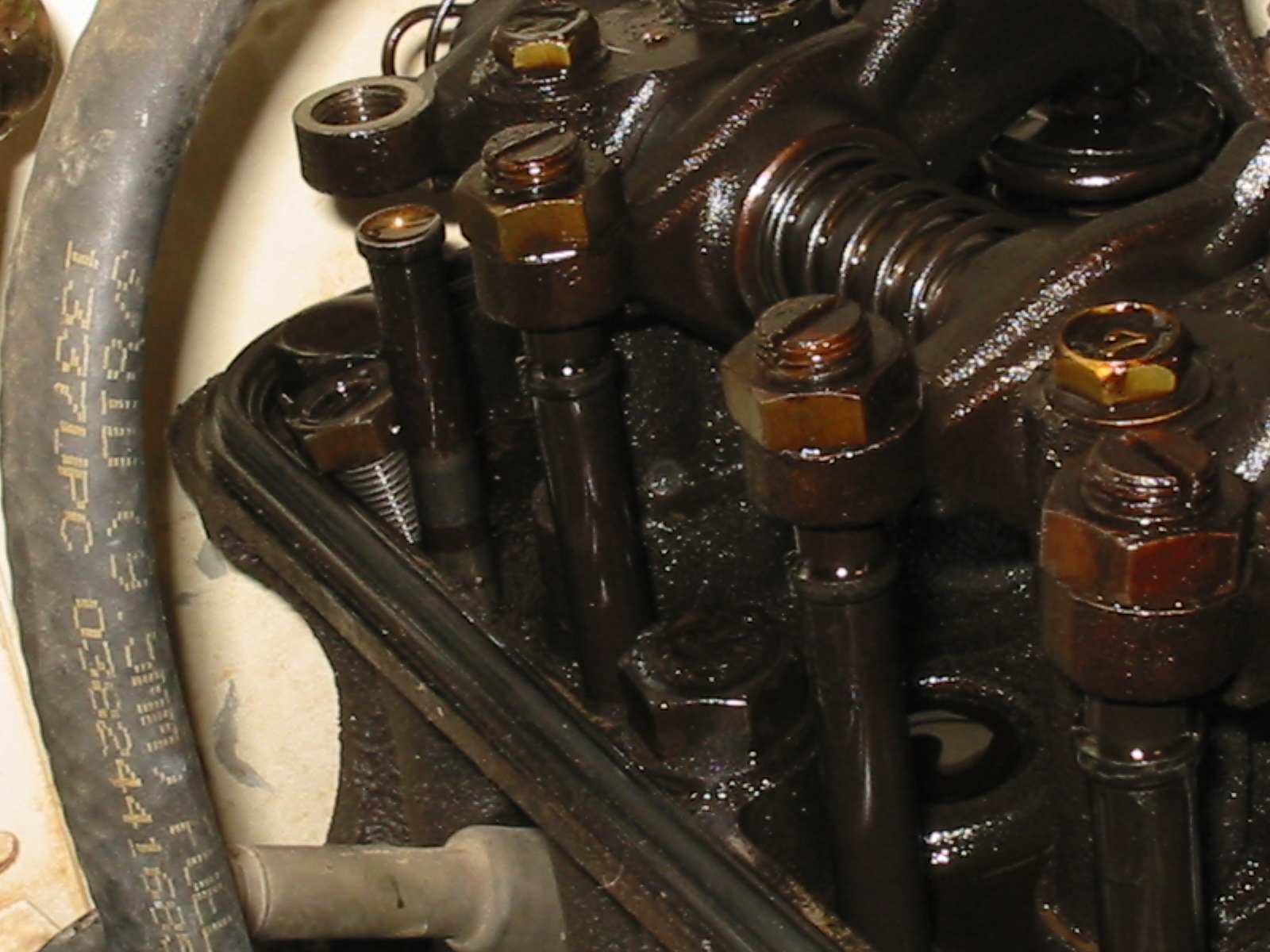 That’s right, the #12 valve rocker adjustment screw had loosened its way free and was bouncing off the valve cover-WTF! The bottom thread of the valve rocker was beat up and the adjustment screw couldn’t be tightened enough to meet gap spec. NAPA provided the correct tap and I got it fixed and back together, redid the valves and it’s been running great since.

So now I have three, and it’s been lots of fun and very educational, but I’ve only got room for two. One needs a good home: 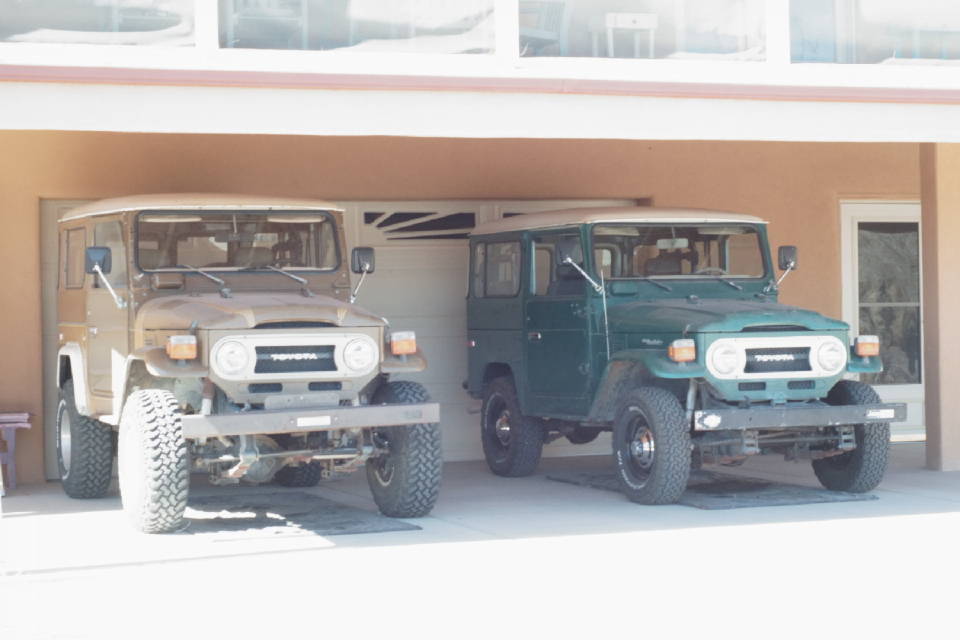 Zeke has a 4” Rancho lift, and my 4’8” wife struggles with entry and exit – much easier for her with Zack’s original suspension. I’ll be posting in the Classifieds soon.
Thanks for looking!
T

Glad my small contribution was able to get your rig on the road and legal.
You must log in or register to reply here.

Need a rebuilt manual steering gear box, who has one?

can anyone identify what year this hj45 is?