Hi folks, I think I should preface by letting you in on back story, I've never introduced it before. I got an FJ60 last year from Atlanta, pretty good shape rust-wise. 262k. Body has lots of dents and a couple areas had bondo falling off. It had been repainted at some point in it's life with the original 8B2 color, but the repaint job was low quality and is pretty destroyed at this point. So here I am trying to make this thing right doing a partial restore this winter. Doing bodywork while it's salty out and should be painting come spring/summer. At the time of writing this, I've taken everything out of the doors, removed all glass and trim and am ready to start stripping paint. The reason the windshield is coming out is to get a better paint job and replace headliner that's torn.


Now to the windshield. I didn't see too many great write ups and most posts said the chrome strip would be ruined (not on my watch!). I got all the windows out without ruining chrome, utilizing this same procedure.

Now as for the safety of the windshield. Go into this assuming you will crack the glass (I did). But I would argue that knowing what I know now, and following this guide, it is possible to do it without breaking the glass. My gasket was glued on to the body which made things even tougher, I'm not sure if it is from the factory. If there wasn't glue then I would have been able to salvage the gasket without damage too.

1. Don't remove the chrome trim. Some guides say you need to, but I didn't. I did the rear hatch and one side window without removing it. The first back side window I did remove it. Didn't go well for the chrome. So I tried to pull the other window without and had no problems.

2. Get a four piece body trim removal kit. I think I got this on amazon a couple years back. Start by getting one of the tools wedged between the metal frame and gasket/glass. Don't force them in as deep as you can, just enough so they hold in place. Don't start prying yet either. Avoid the middle parts of the window- that's what I initially did and it immediately cracked it as you can see in the bottom of the photo. Start in a top corner. 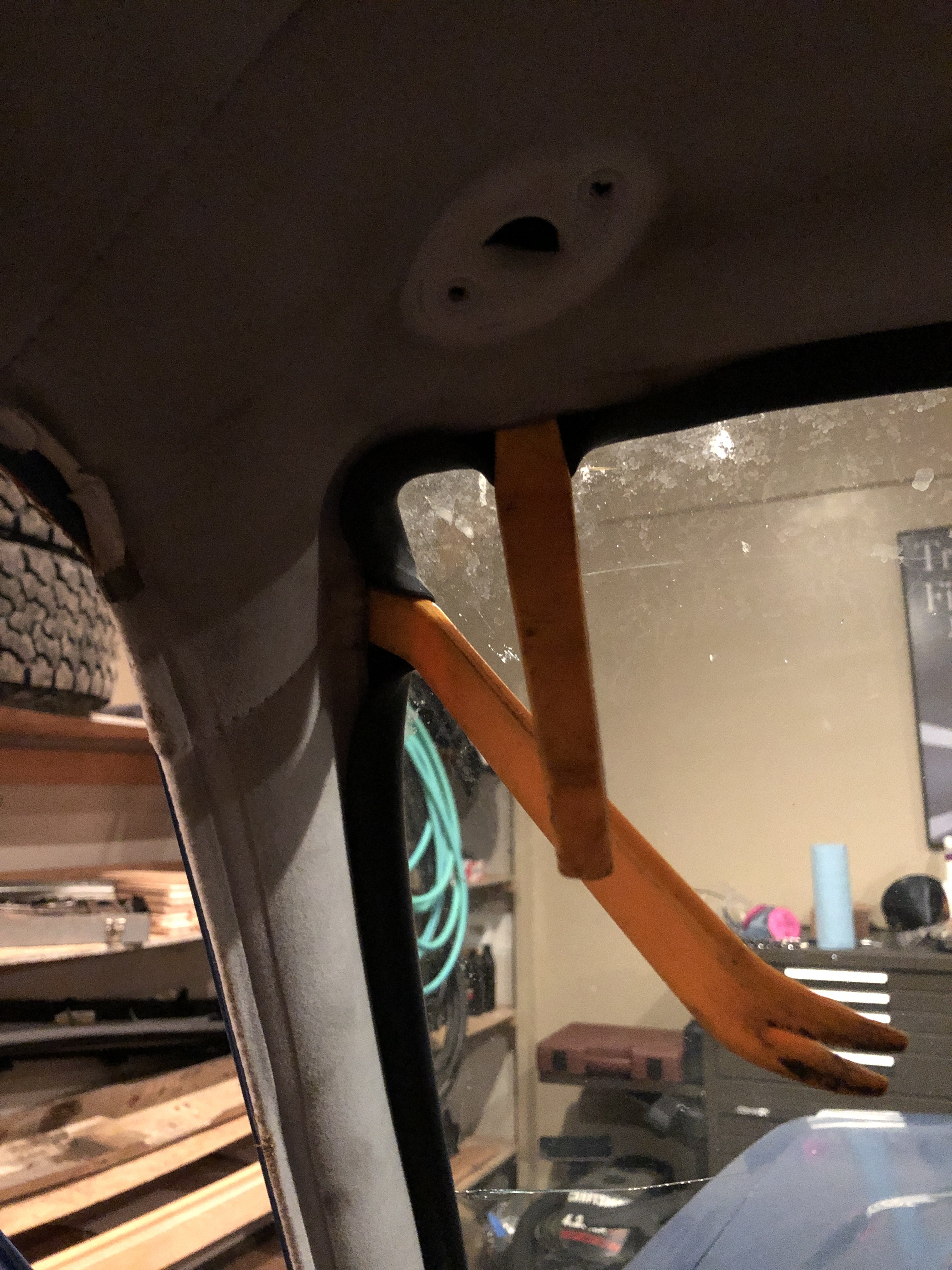 3. Now you take your time kindof playing leap frog with the tools and work along the top of the windshield, maybe going down the side a little bit. If I did it again, I wouldn't go down the side more than two inches at this point, increases likelihood of cracking. Make your way across the whole top. The idea here is if you get the top popped out including the top corners, then the whole windshield can slide up a tiny bit, then you work on the sides. 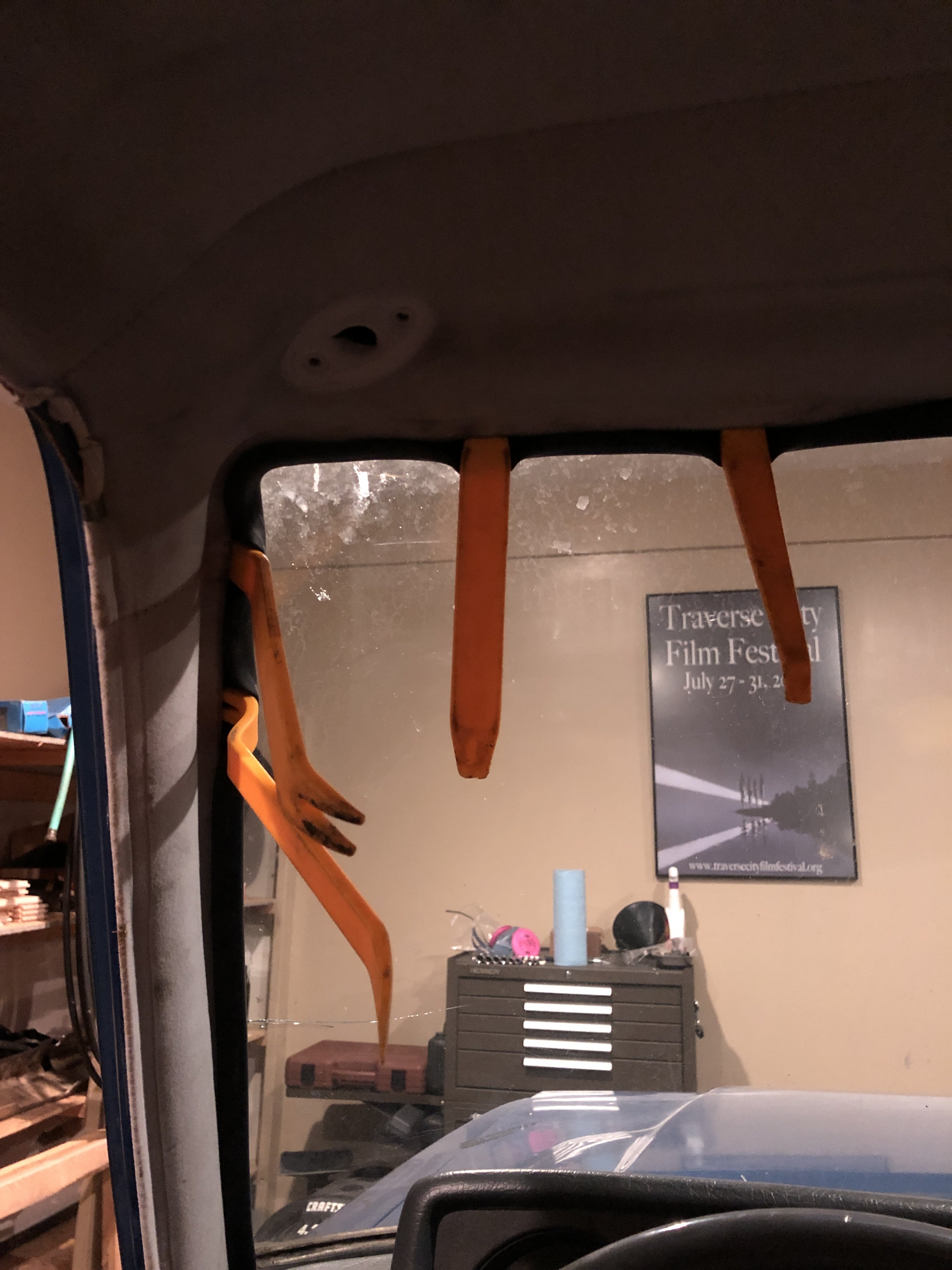 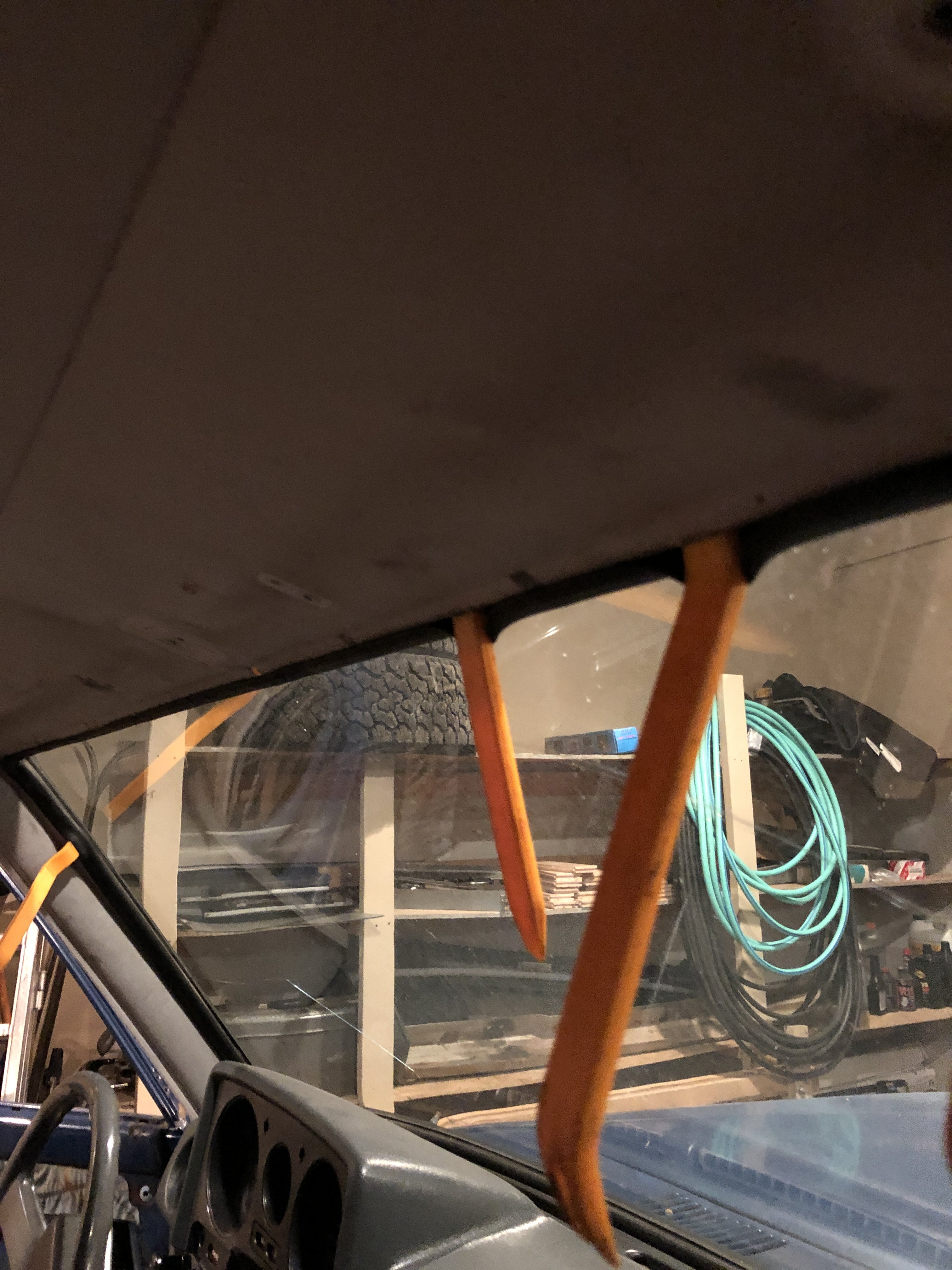 4. You can see here that I first got the top started, then worked down the side. Keeping it even on both sides. If there is a step to be extra careful and gentle, it's here. If you start prying on the windshield while the bottom corner is still locked into the gasket, it's going to crack. Do step 5 as soon as you can. The less you have to work down the side the better because it puts a ton of pressure on the bottom corner until you relieve it by lifting the window up a smidge. 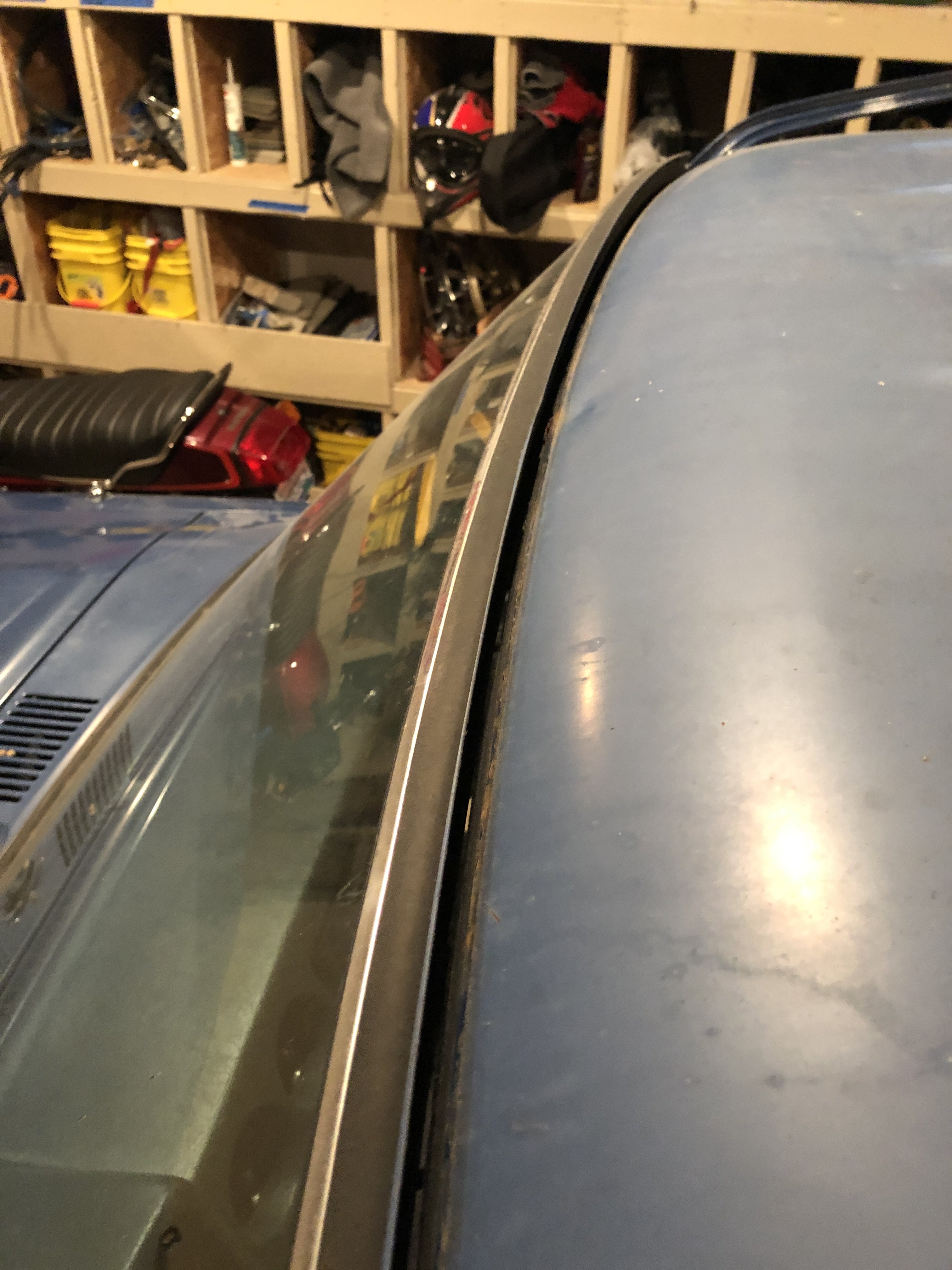 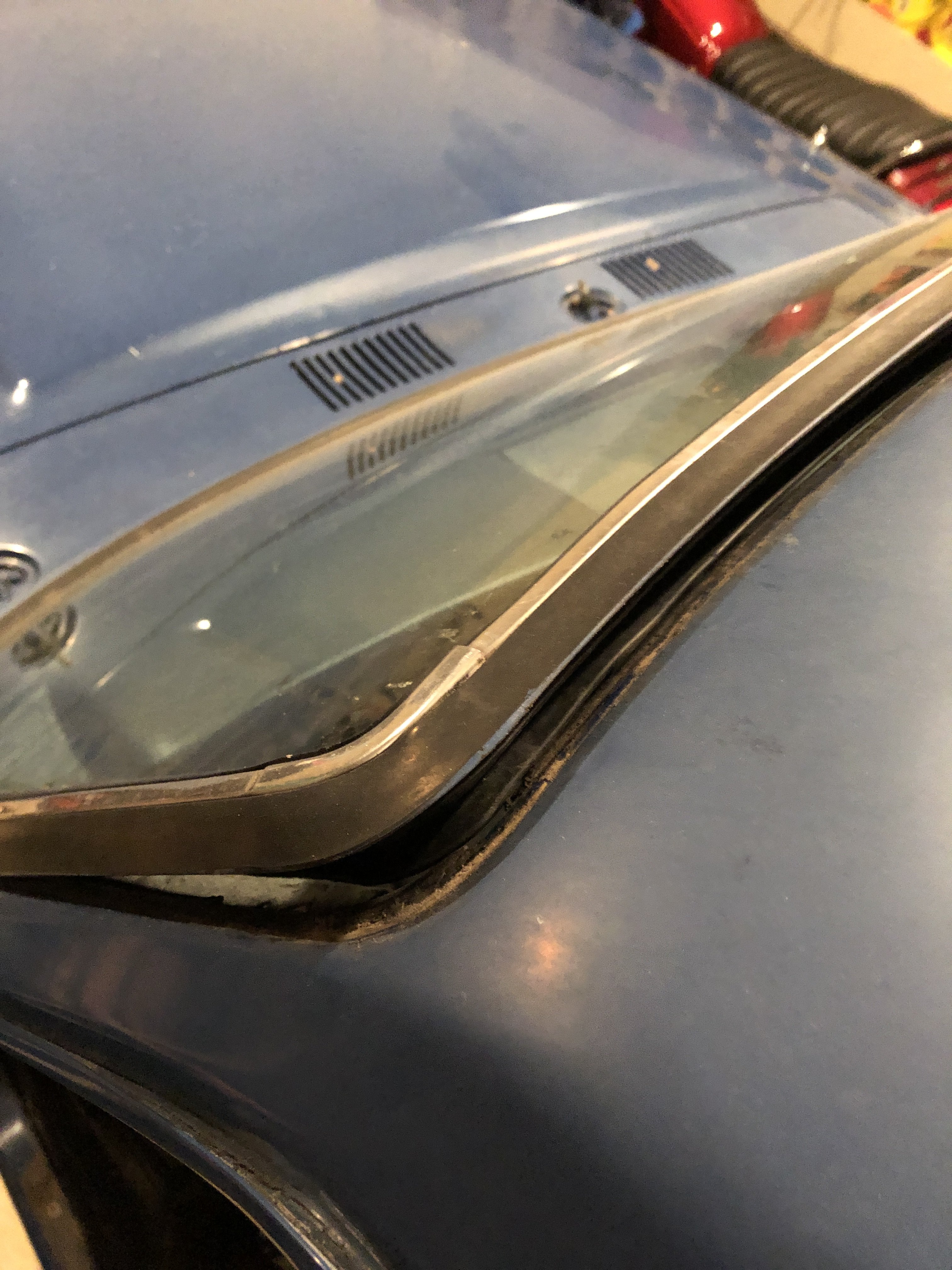 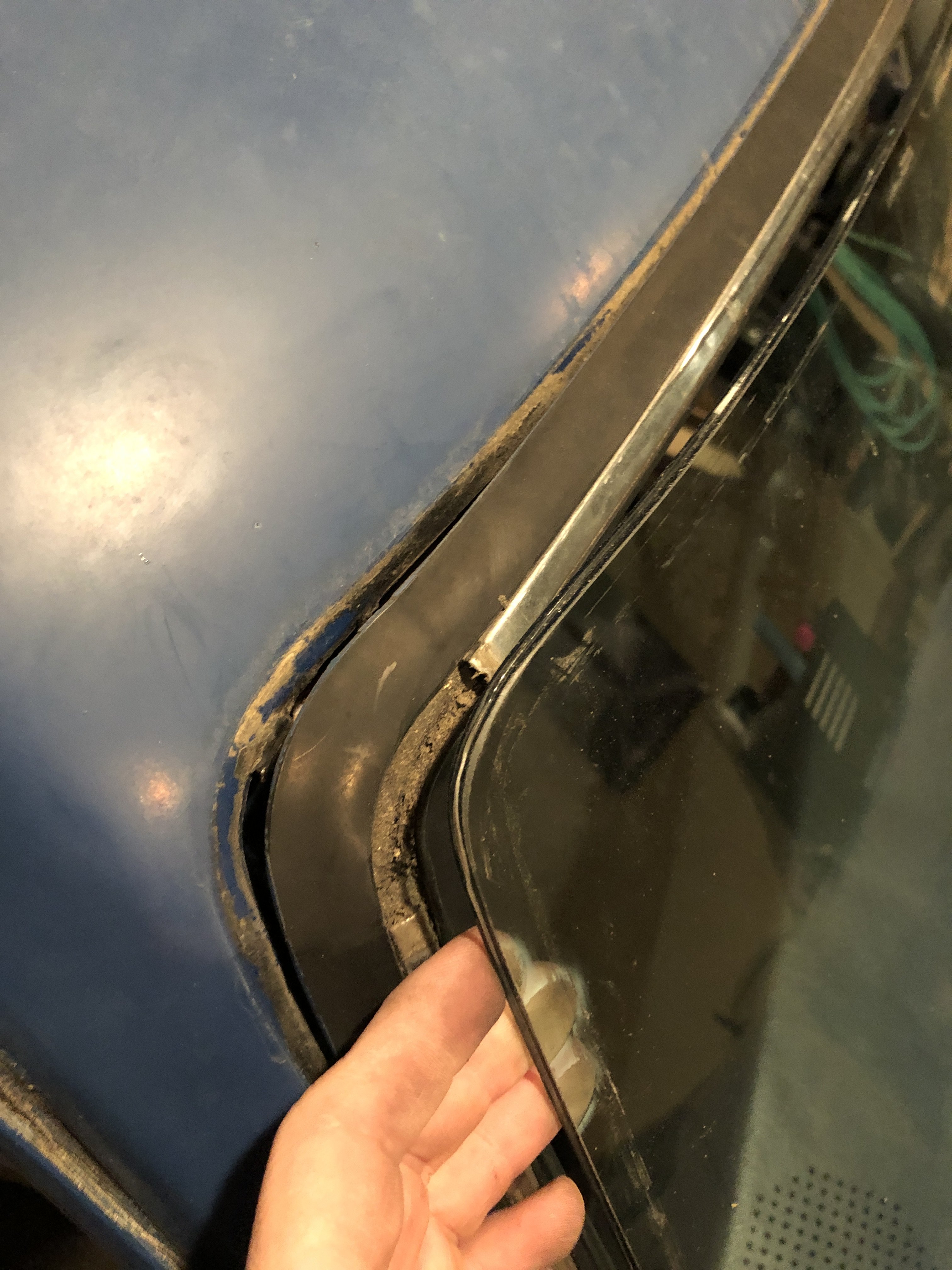 6. Once you have the top of the gasket separated from the glass, you should just be able to lift the glass out leaving the gasket behind. Mine took a little bit of shimmying side to side, but it came out with the help of a partner.

7. If your gasket isn't glued on like mine was, then you should be pretty much done. Seal should still be intact and chrome safe. You just have to pull the gasket off along the bottom of the window frame. 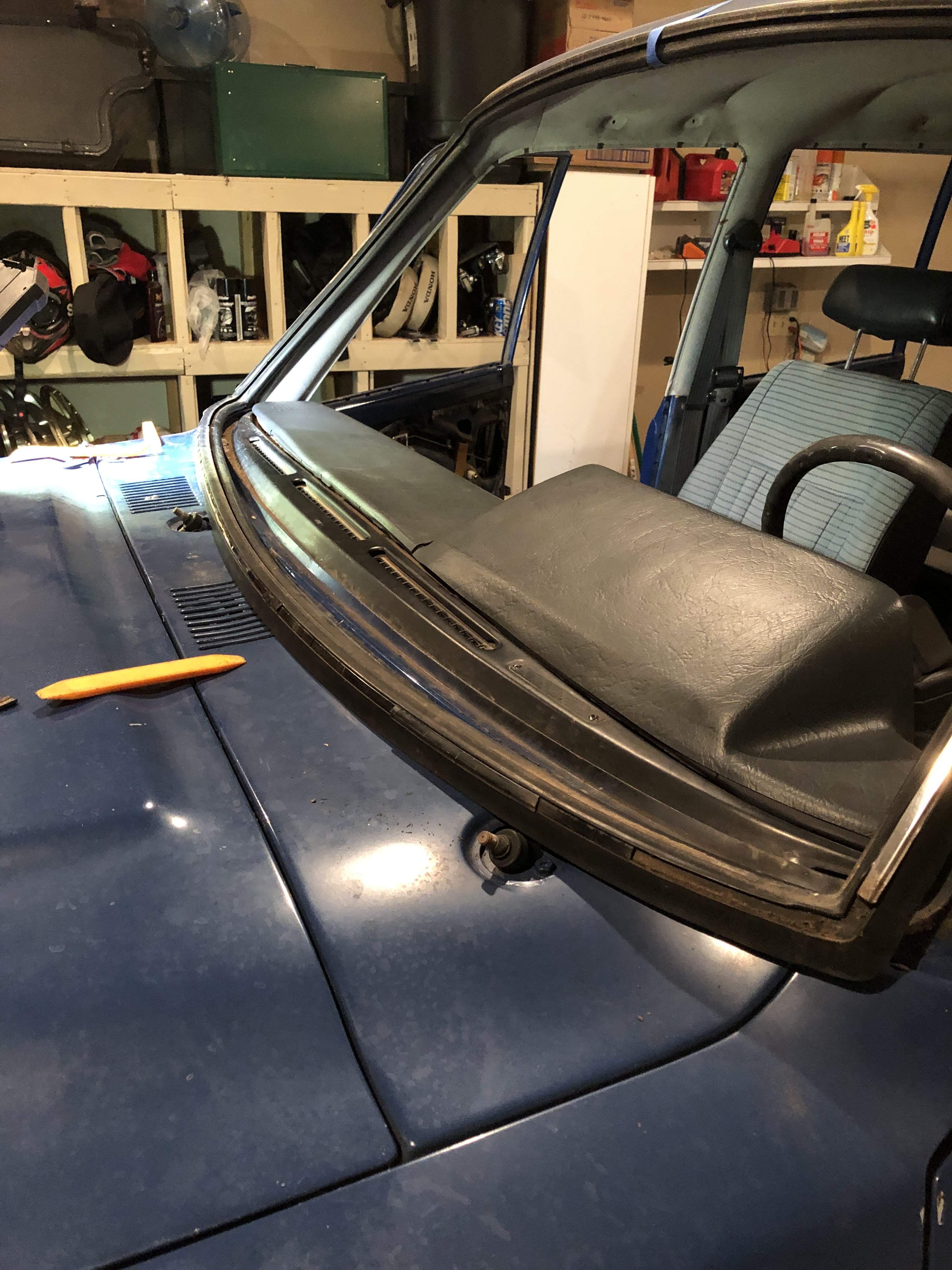 Hopefully this can help someone. I've got a couple more guides coming. One of which is sure to make some eyes roll. It involves cooking the gas tank on a camp fire...long story. Stay tuned.

I’ve done this with old saab 99 and 900’s but I didn’t have any fancy tools....just a couple screw drivers and my hands. It just takes some patience to work the gasket on the inside and then pop the glass and gasket put together.
You must log in or register to reply here.

Anyone in the Mission Viejo / Lake Forest area that could check out some BMW seats for me?

Anyone in the Mission Viejo / Lake Forest area that could check out some BMW seats for me?