Where the heck is the fuel filter? I must just be missing it. 1997

Location
East side of TN

I'm slowly going through the 97 Series 80 and wanted to change out the fuel filter as its likely original with 300,000 miles on it I was all set with filter in hand and..... where the heck is it located?

It is kind of under the intake manifold. Kind of tough to get to but doable. I'll see if i can dig up some photos or a thread that shows it.
K

Take your phone and point the camera toward the underside of the intake manifold or look up and slightly forward from the left front wheel well, take a photo.

Edit: did it for you

There's a three part series; a bit hard to hear (turn up the volume)
(They may autoplay in sequence)

Having trouble linking the youtubby videos, search for:

tooofast2002 said:
I'm slowly going through the 97 Series 80 and wanted to change out the fuel filter as its likely original with 300,000 miles on it I was all set with filter in hand and..... where the heck is it located?

There are two. A sock filter in the tank and one that is tucked up under the intake manifold on the driver’s side. You have to go up through the wheel well to really be able to see it. The tank filter is pretty easy. The one under the manifold is not.
K

Depending on what tools you have to work with will change how you
approach some of the steps.

Open the fuel filler cap to release pressure in the system.

Loosen the fuel line banjo bolts before you loosen the bolts holding
the fuel filter to the intake.

Front banjo bolt can be accessed from above working over the front fender.

If you have a mini-impact wrench maybe with a wobble joint/socket that makes it quick. Rear banjo bolt is accessed via the left front wheel well. have to remove one or both rubber curtains. IIRC I most recently used a long flex
head ratcheting box wrench or maybe a flex head ratchet.

I used about two feet of extensions to get to the two filter mounting bolts while laying on my back looking up from the ground.

Cut a V slot into the inner bracket (using a dremel) of the new fuel filter
so you can slide it on the inner bolt (not fully tightened up yet) to hold
the filter in place while you get the outer mounting bolt in place.
Dont' forget to tighten the inner mounting bolt.

Use some grease on the new banjo bolt washers to hold them in place
while reinstalling the fuel lines, they like to slip out of place while you're trying to install the banjo bolts.

Why do you want to change it anyway? Are you experiencing a symptom that makes you think it needs to be changed? Toyota painted the thing black and buried it under the intake. I don't think they intended it to be changed as preventative maintenance. If you were already going in replacing a HG, sure, swap in a new one but otherwise just leave it alone.
K

Been discussed before (way in the past) that Toyota does not list a recommended replacement schedule for the fuel filter so Toyota considered it a "lifetime" part, IIRC. On the other hand when those of us who've cut open used filters we've found them to be full of fine particles/dirt. I've also noticed that the filter paper just crumbles with the slightest touch, not sure what to make of that?? Does that mean at some point the filter itself might start spewing chunks into the injectors?? IDK.

FWIW: I first replaced the fuel filter in my 96 model at ~150,000 miles, it's now at 370,000 and the engine is operating well. Replaced the filter in my 97 model around 230,000 miles as I was in there (replacing the #2 knock sensor). Engine also runs well. Having said that, I don't recall noticing any change in performance comparing before to after the filter change in either vehicle.
Last edited: Jun 9, 2021
M

I just did this on my rig. I didn't find it necessary to cut a notch out of the mounting tab. As Kernal advised above, I laid on my back and used a 2ft extension to remove the mounting bolts. When it was time to install a new filter, I simply put the mount bolt through the inboard mounting tab and used the 2 ft extension to lift the assembly into place and simply tightened it as required. It was easier than cutting a notch out for no real benefit. Of course, YMMV.

Ignore those suggesting it is a lifetime filter and CHANGE IT. I guarantee you it needs it.

Slot the new filter if you like. It does make things easier when replacing. 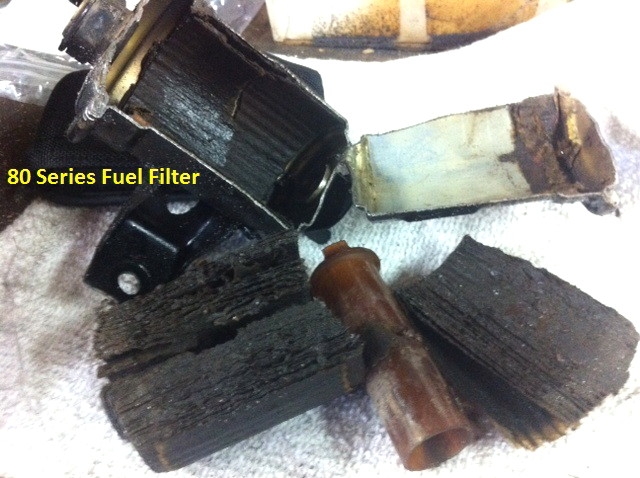 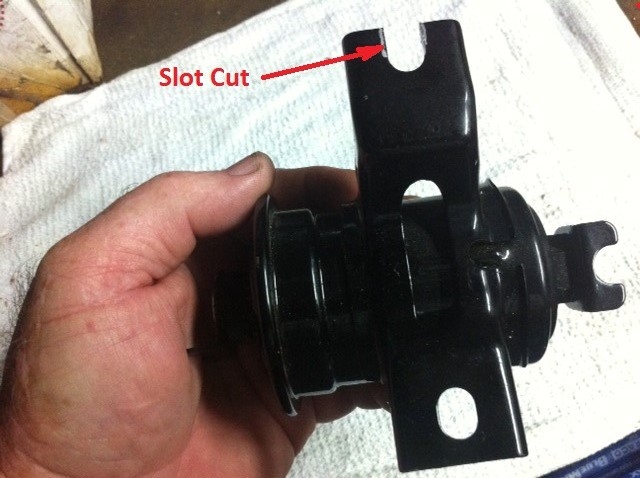 I echo the posts to change out your fuel filter periodically. If you've dumped fuel into your tank(s) from jerry cans or questionable sources such as remote gas stations, tanks or vendors (Baja), you could be more at risk of foreign material in your fuel. So you have to be the judge of that, no one else can really post a mileage to change it. And don't forget that fuel sock.

I changed out mine. Don't know if it needed it or not. I think its just in the genes of land cruiser owners to always look for projects.

Location
East side of TN

Thanks, i appreciate the suggestions and i am going to do it. With rough math in this 25 year old truck its has had north of 26,000 gallons of gas though and its that's a pretty small filter. When i get around to it i will cut it open and see if the juice was worth the squeeze
You must log in or register to reply here.

It happened to me...Loose then broken knuckle studs.

Electric Fan worth it?