What do real land cruiser owners think of the FJC? (1 Viewer)

I've owned an 80 and now my FJ. Not the same vehicle but I wouldn't want it that way. I lived out of my 80 for a short time. Not sure how comfortable the FJ would be under same circumstances. Both are incredibly capable off road but the FJ is way more at home on road. Both daily drivers so MPG is a big deal. I do miss my sunroof, though. 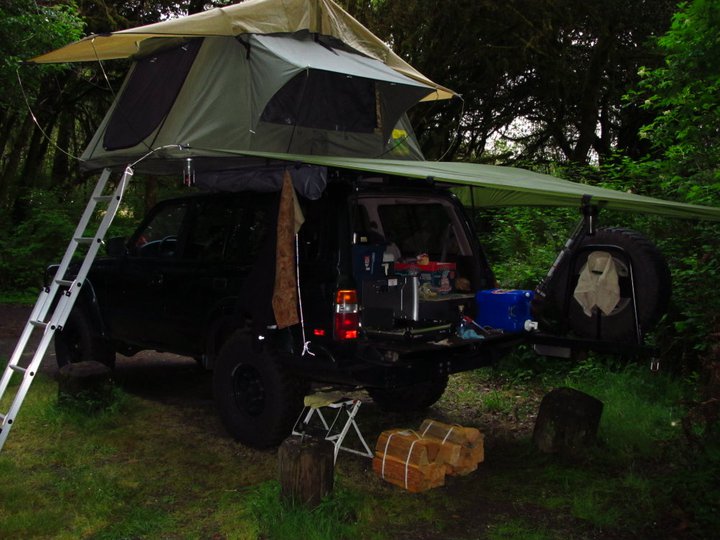 jamesepoop said:
I have a couple good friends with land cruisers and have met many cool LC owners along the way. Never have I met any one pretentious enough to tell me that my FJ was not part of the land cruiser heritage (until the internet that is). The fact that people would make an argument based on a few parts such as a SA front or some letters on a tag show me that they don't understand the heritage of the "land cruiser" family.
According to this ad, the latest FJC sounds more LandCruiser than any current LC I've come across. Keyboard Cruisers can cram it.
View attachment 1912614
Click to expand...

Bought a FJC new in 2007, with all the full packages and 4WD option.

By having the option to choose between a 2WD or 4WD FJC it already spoke for itself then.

I have had a 2016 Land Cruiser, a 2017 LC that my wife now drives and I daily drive a 2002 LC 100 now (had a FJ55 but didn't get it on the road and sold it)
We bought a 2010 FJC for my son two weeks ago. (has a year to go before his license so I am driving it now)
So today, I drove the 100 to work and then I drove the FJC back and forth from lunch. This is making a good road comparison.
I have a 2.5" Lift, UCA and 33's on the 100. and bone stock on the FJC with 135k miles.
The FJC seems much more car like so far; In a good and a bad way....good in that it is easily maneuverable to park and soft riding. But it seems to sit so low now by comparison and is a bit too spongy now. Planning on a new suspension soon, so that will be a fair comparison.

The LC is much more like a fishbowl with all the glass; easy to see out of; but the FJC has a much more enclosed and shaded feeling that is also appealing, but different. I like the lack of technology in the cabin features of the FJC, manual knobs etc. vs the digital display and plethora of buttons on the 100. (also integrated into head unit, making it hard to swap out for a newer unit.)

An odd thing to say, but I love the look of the FJC; but when I am driving it, it feels a bit soft( like I'm driving a RAV4 or something)....but I think the suspension and lift will do the trick.

I have a good friend that just did some type of overlanding challenge at Uwharrie. The only time he had to use his winch on his FJC was to pull out his sons 100.
His 100 took some body damage but the smaller FJC seemed to have an easier time on the tighter trails. (granted there were different drivers)

Comparing it to a 200...well that isn't a fair comparison. They are at another level but also different classes of vehicles.

@scubadds You are correct in that the stock suspension is way too soft. Even a entry Old Man Emu or Ironman lift will dramatically change the way it handles in turns and on braking (no nose diving).

Well, from what I've gathered over the years is that Land Cruiser owners do not accept the FJC as a real Land Cruiser. So be it.

My FJC has certainly done everything I've asked of it, without hesitation, time and time again.
Last edited: Dec 16, 2020

Considering that the Land Cruiser museum has a brand new FJC in it Well that is good enough for me .

I LOVED my FJC and it was a great vehicle for just the dog and myself when I was single. Very capable and fun to drive even with its quirks. People can debate if its a "real" LC all they want, but in my humble opinion its just a great Toyota.

The 80 is a different beast however. My unlocked 80 had driven through many obstacles that the FJC struggled with. It could be a combination of the different wheelbase and additional weight, but I am also a much better driver now than I was when I owned the FJC.

I've posted this somewhere before, but it's clear to me that this oddball (PJ-10 or something) had some influence on the FJC. [note that this is the Land Cruiser Heritage Museum as well] 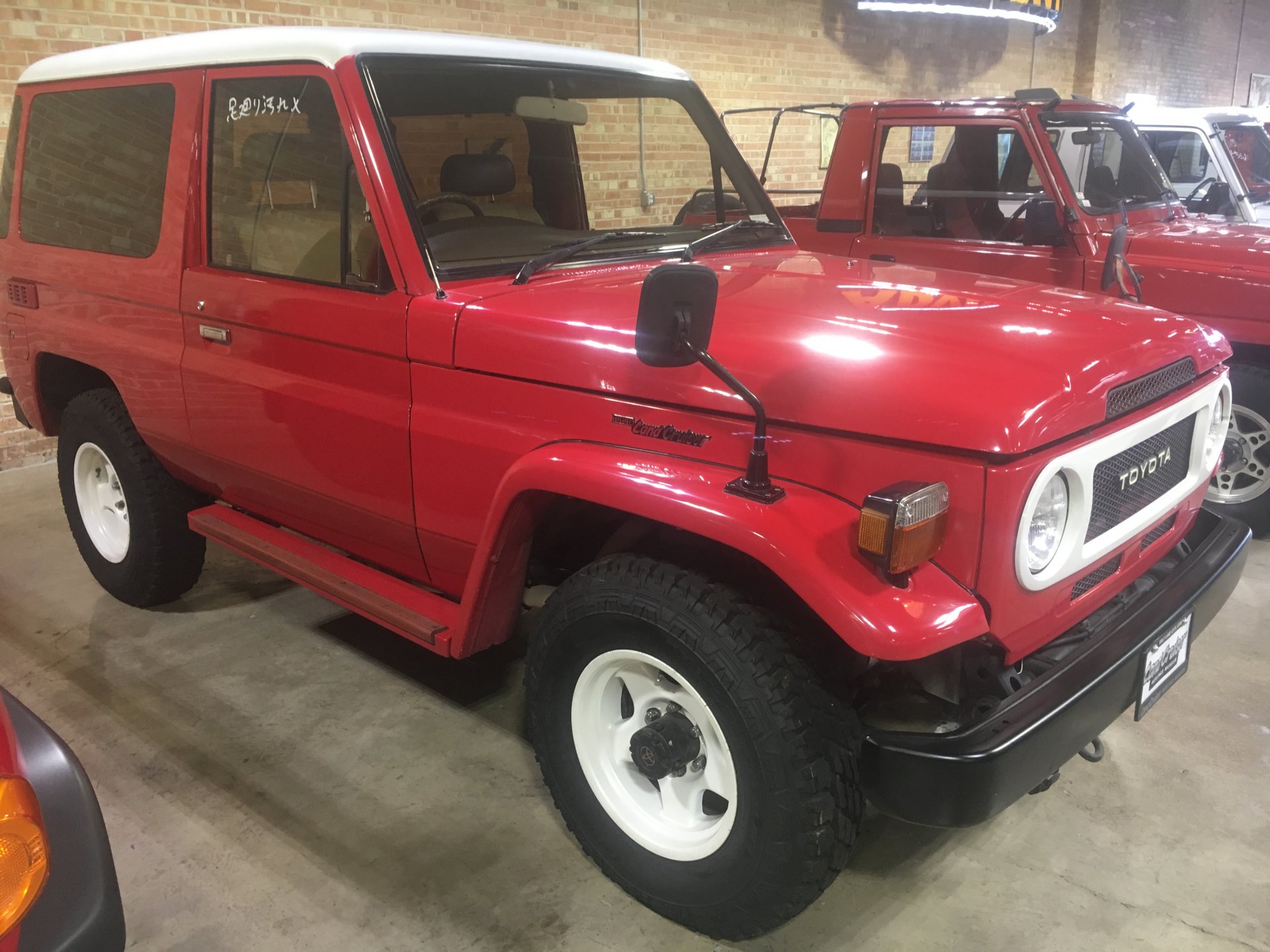 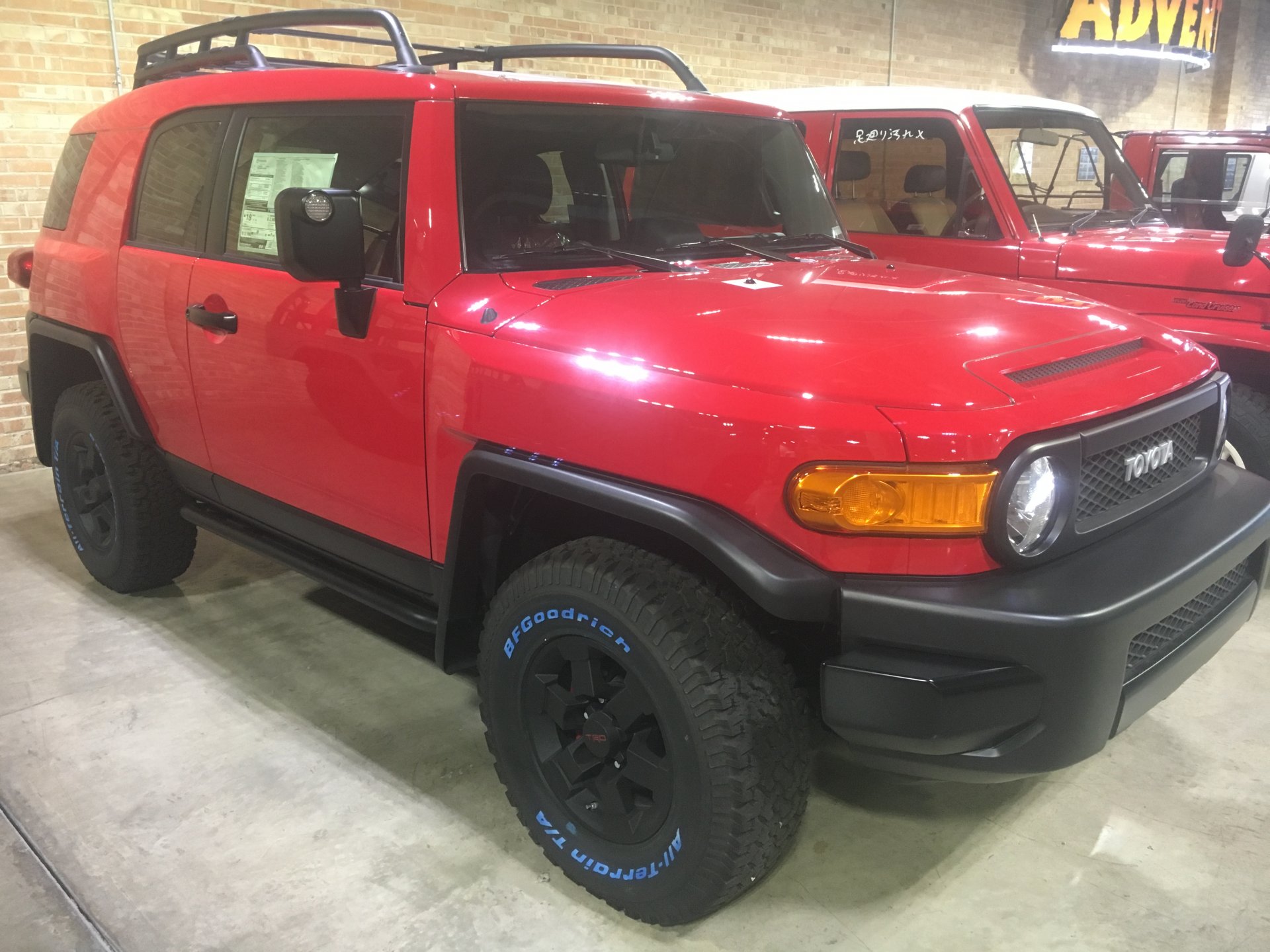 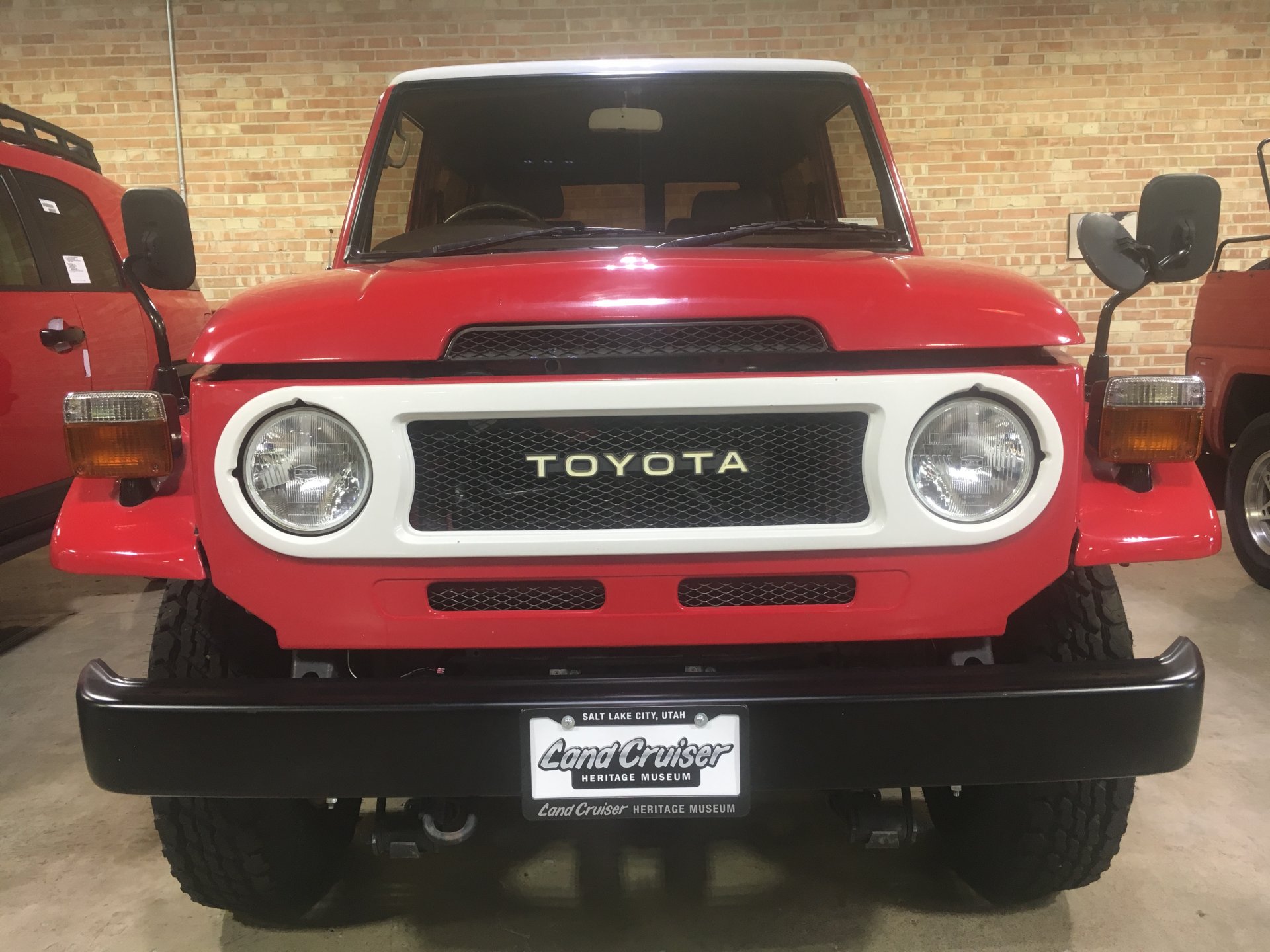 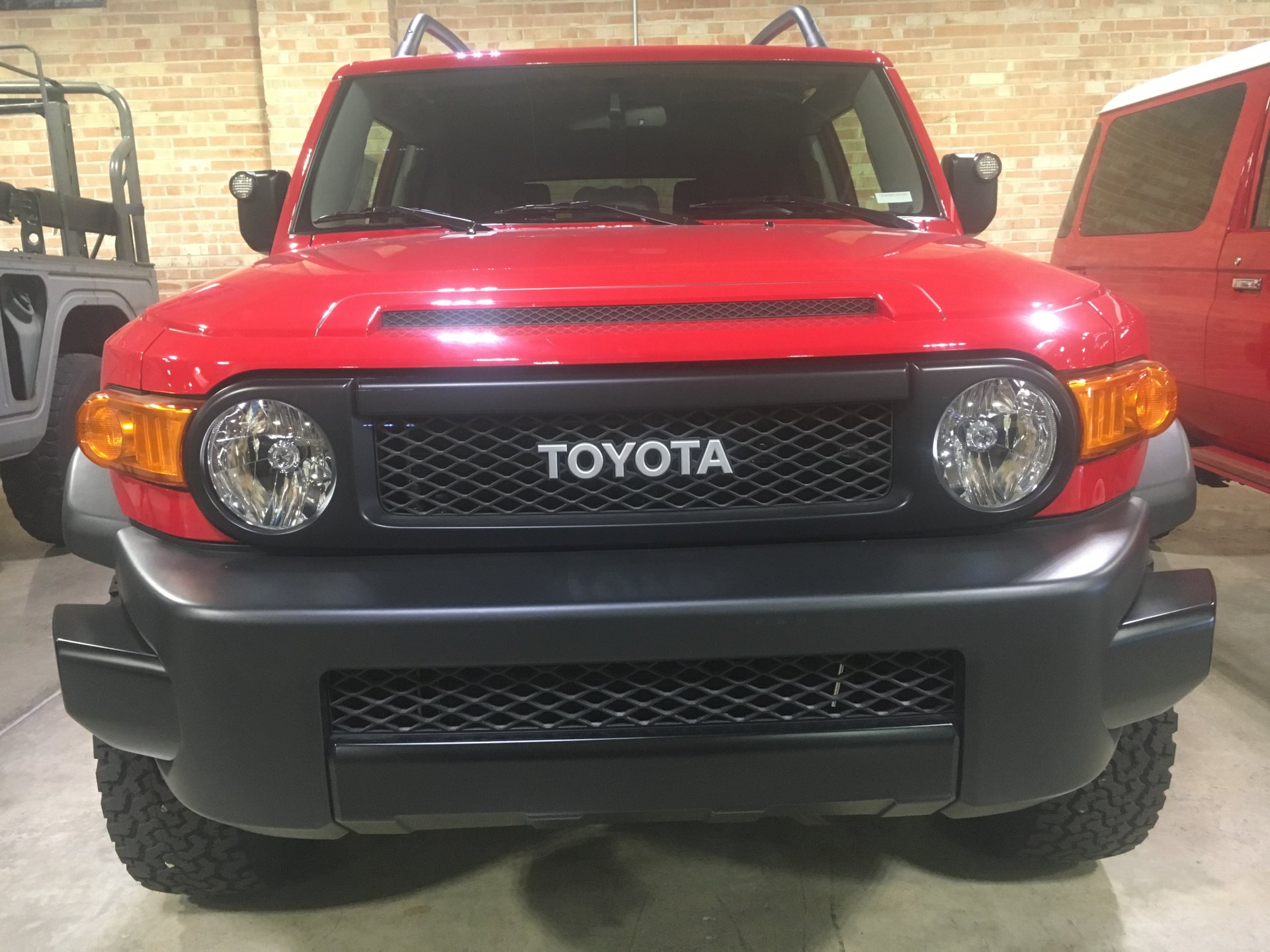 Its a rebodied 4runner/Tacoma.
That's what I know. We all know.
Sure, its capable, but there is more to a true LC than that.

onemanarmy said:
Its a rebodied 4runner/Tacoma.
That's what I know. We all know.
Sure, its capable, but there is more to a true LC than that.
Click to expand...

Its actually built on the Prado frame

I’ve owned both. The FJ is a nice ride both on and off road, it Is what it is. My 70 FJ40 was a beast off road, climb anything but also not that pleasant on pavement or on a long highway haul. Chasing wildlife on the Serengeti, I’d take the FJ40, cruisin cross country on I-80, the FJ all day. IMO, is the FJ a land cruiser, no, it’s not built to be. Just my opinion ymmv

Its as well built as any other Toyota I have owned and the most fun to drive vehicle thats capable on and off road. Its a Toyota and thats why I bought it having owned vehicles from Toyota previously that included a LC 70.

After eight LandCruisers (multiple 80 series, 100 series, FJ40's) and a GX470, I have to say the FJ cruiser is every bit as good in regards to build quality and capabilities. The fit and finish is solid (as to be expected from one of the Japanese built vehicles), and it really kept the rugged spirit of the cruisers alive since our current US version LandCruiser is aimed at the luxury market.
Last edited: Jan 30, 2021

Location
Third bush on the right.

I have an FZJ80 and I have an FJ Cruiser. When I want the more modern experience I drive the FJC and absolutely love it and trust it in any terrain. However most of the time I drive the fatso because I am old school. Love having them both. What I was not too fond of is owning to wagons which I did (80 and 100). I personally found the right combo for me. The 80 is a Land Cruiser and the Fj is a FJ Cruiser and I am good with those facts.

When I am in my farm I enjoy the frugal diesel of my 84 BJ40 but for long distance and overland its FJ Cruiser.
F

LockedCollector said:
I have an FZJ80 and I have an FJ Cruiser. When I want the more modern experience I drive the FJC and absolutely love it and trust it in any terrain. However most of the time I drive the fatso because I am old school. Love having them both. What I was not too fond of is owning to wagons which I did (80 and 100). I personally found the right combo for me. The 80 is a Land Cruiser and the Fj is a FJ Cruiser and I am good with those facts.
Click to expand...


I have both and my exact thoughts.

Regarding the fatso comment perhaps it should be noted that 80 is but 1 inch wider than FJ. 60 series 4 inches narrower than FJ Cruiser. That probably explains why FJ didn’t seem so small to me when I took a friend’s out for a spin,

First and only FJC - time of ownership 6 years w/ zero plans of selling.

I'll tell you as a previous owner of real land cruisers thinks of the FJC. Ive liked LCs but I have loved the FJC. It's been real good to me and way more fun for me than all LCs above combined and she's paid for. I've realized that I do not like the whole full size 4wd station wagon concept.
Click to expand...


I had to laugh at your timeline. I too have owned two FJ40s and agree completely that they are like driving a tractor. If I lived out west it would make sense as there are plenty of cool places to trail ride, but here in Charlotte NC you have to drive a while to get to someplace that you can trail ride. The FJC on the other hand is a competent 4 wheeler in addition to being an excellent highway cruiser. You can go down the road at 80MPH all day long with the a/c on and the XM radio blasting. I use the FJC as my daily driver with zero interest in ever selling. As far as FJ40s I have graduated to a 1987 Toyota Pickup for many of the same reasons. Overall ease of use on both vehicles becomes more relevant the older you get. Am I nostalgic for FJ40s? Of course! Would I buy another one? No way. There is so much more bang for the buck with the late 80s pickups in my opinion. 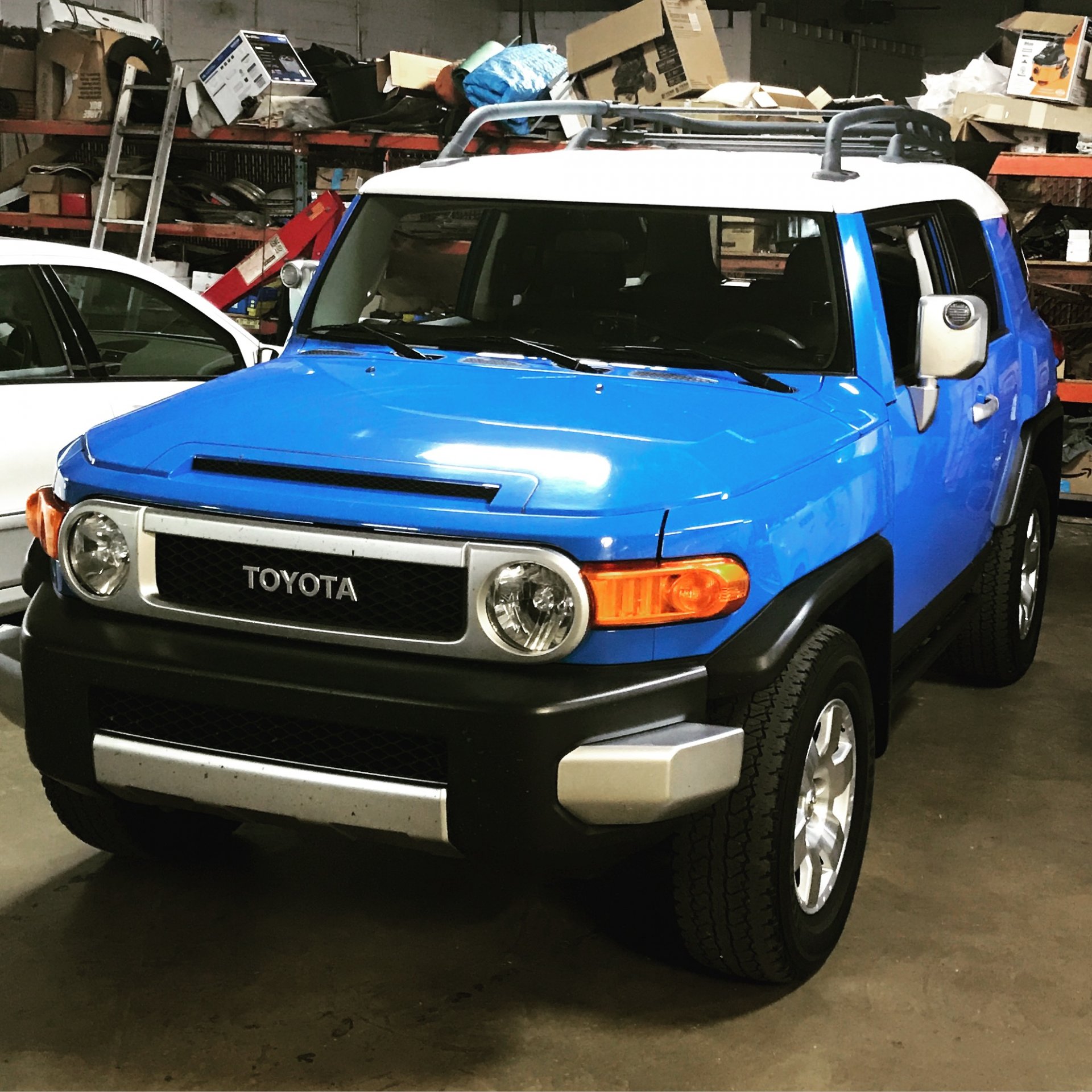 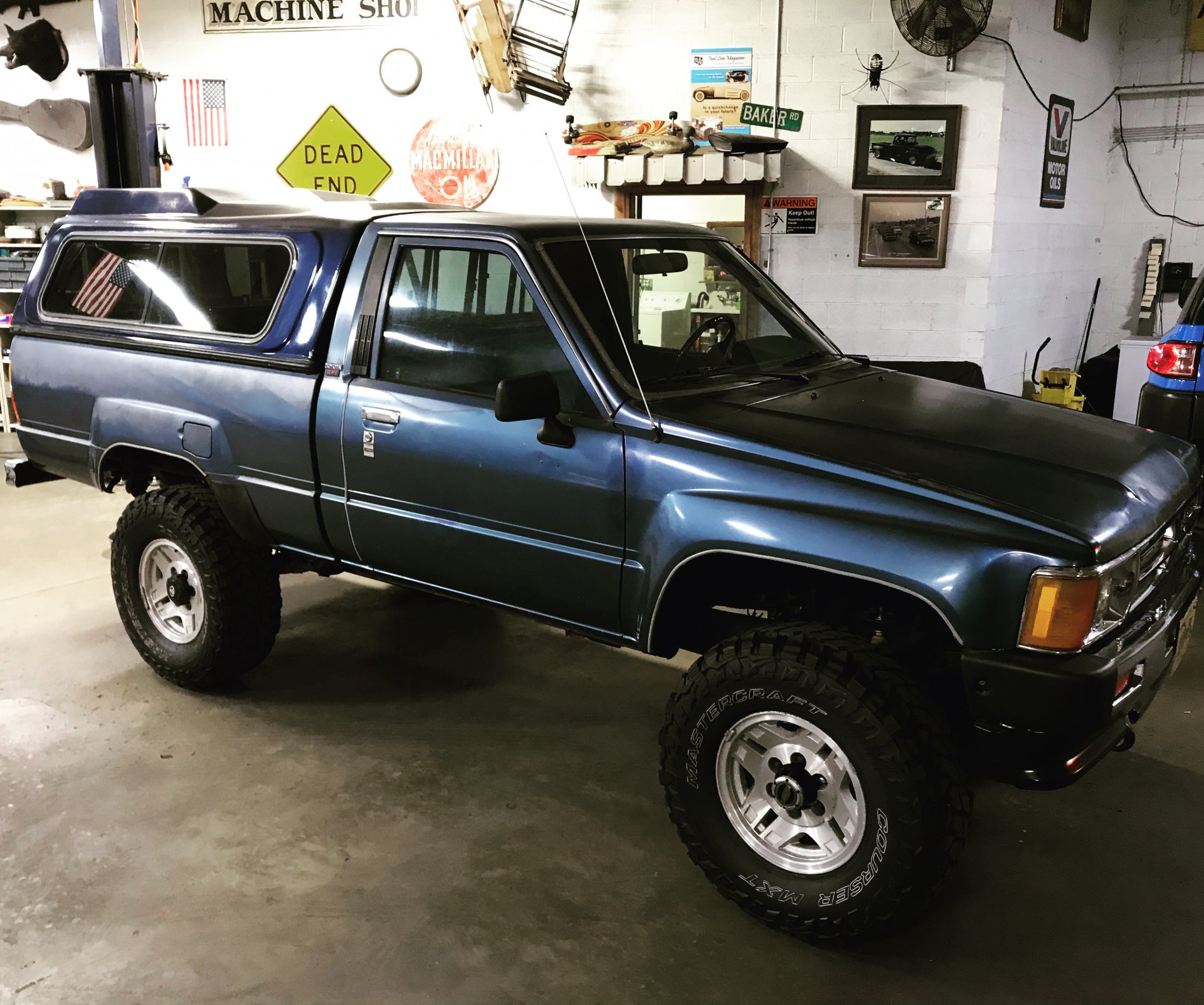 M
Hello and Question about my 2008 FJC