Of the many rabbit holes I've been down during this build, 60 series mirrors are one of the top three that have aggravated the living crap out of me. I've tried doing custom projects in the past and have failed miserably - simply don't have the knowledge, period. So. . .

Spoke to Justin yesterday and asked about getting a set of billet 60 series mirrors produced. They already produce a set for the c10, which is how I found them. I sent several pics of the 60 mirrors. He's going to give a rough estimate based on producing 4+ sets. The more sets produced, the cheaper each set will be. Full disclosure - the only way to make this affordable will be to have a high group buy turnout.

Both companies make billet LR Defender mirror arms. DDE is telescoping, DU has puddle lights. As with Scott's Hot Rods, I contacted both companies and asked about getting the arms produced to fit on a 60 series LC either directly or indirectly (directly meaning made by design to git the 60 series; indirectly meaning making as small as possible adapter plate that will allow the Defender arms to mate to the 60 series door). Regardless of direction, utilizing this design will be the cheaper version compared to Scotts Hot Rods.

As of now, this is just a FYI. As soon as I get prices from all 3 companies, I'll post and start a poll to see if a group buy is feasible or not. Pics attached for reference - although the Scott's Hot Rods picture is of their c10 mirrors just to show the quality of workmanship. 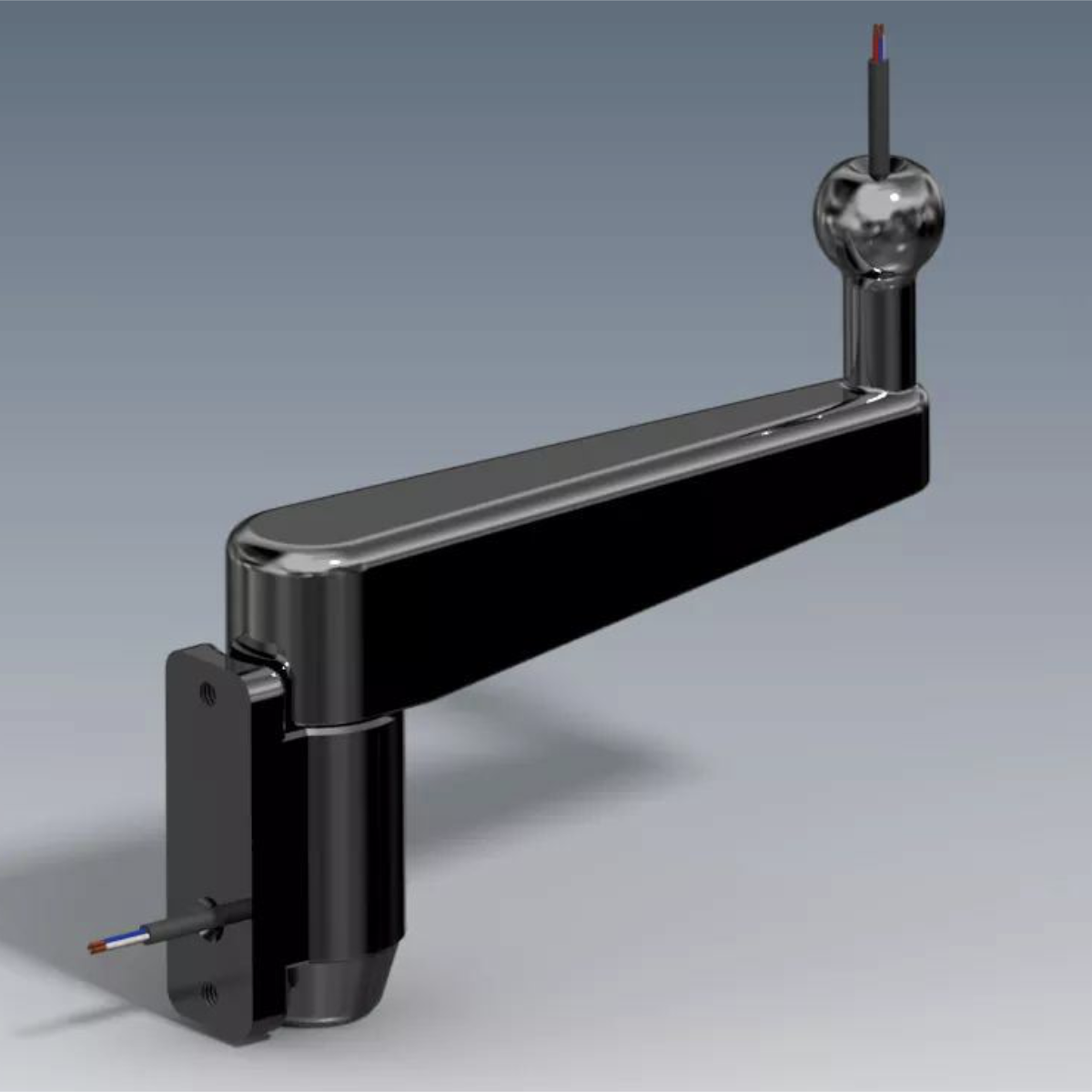 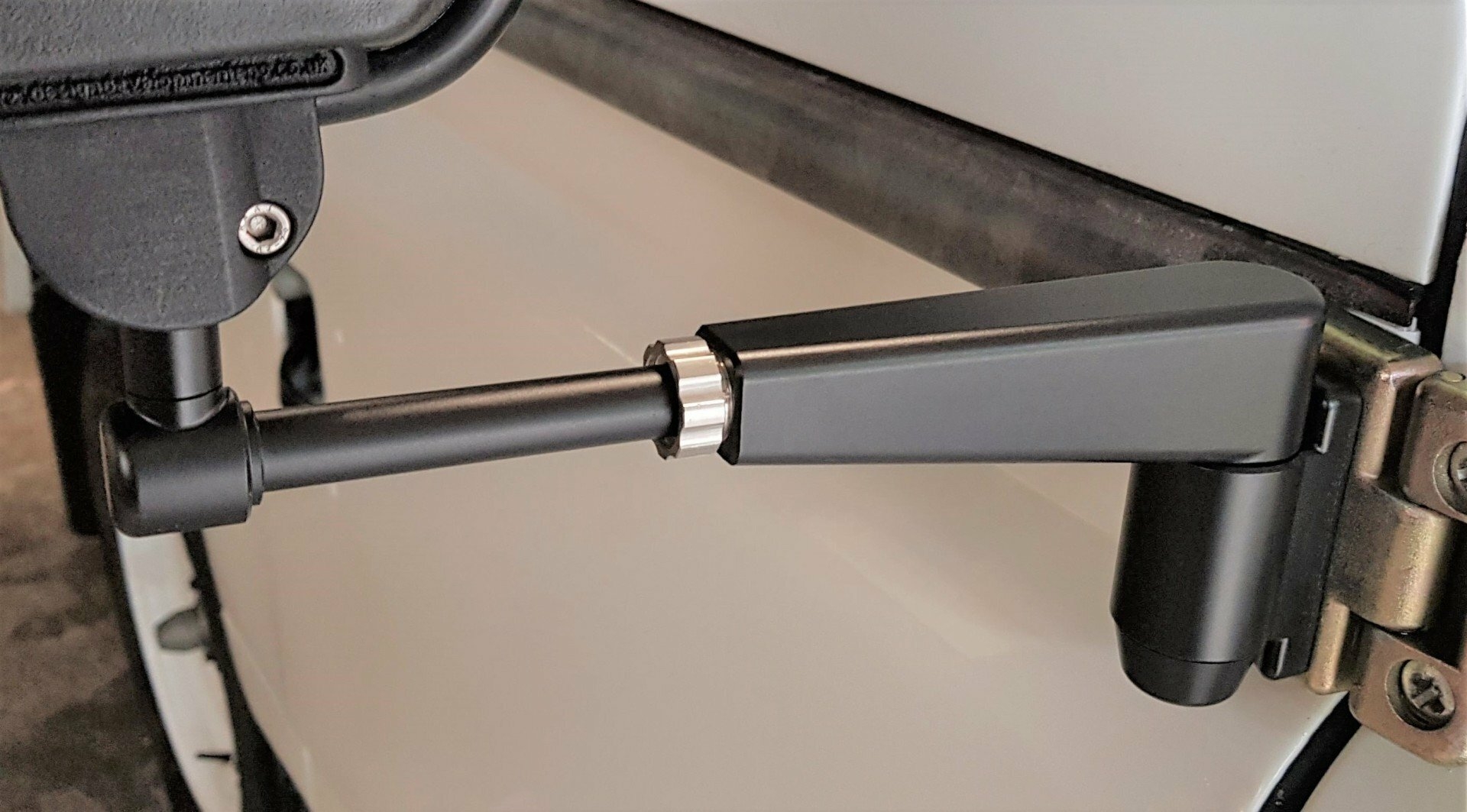 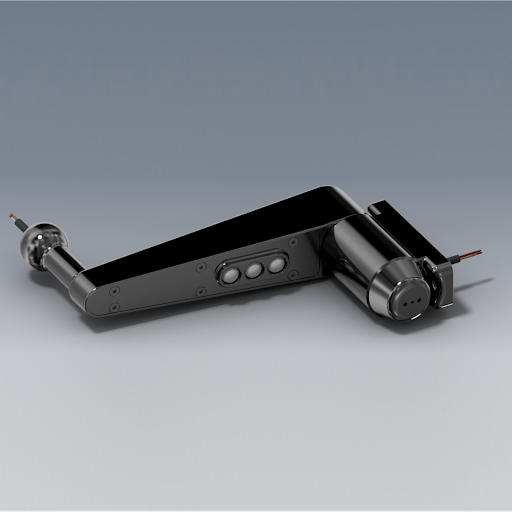 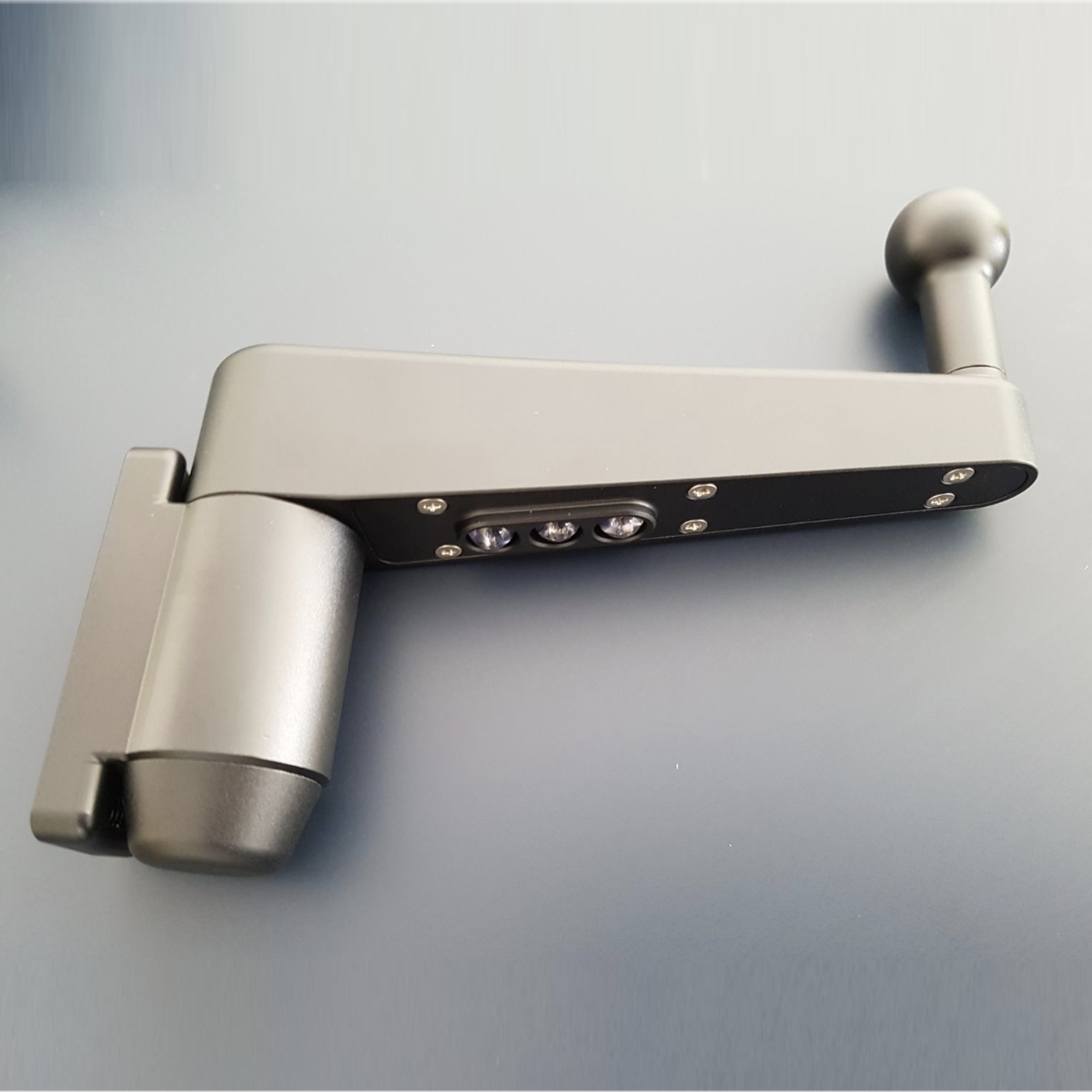 That mirror size is too small in my opinion. That’s a variation of the small ’car’ mirrors that
60’s came with. Most want something larger with better sight projections.
Have you looked at the original 70 series Euro mirrors? They have a longer single arm. They are
a popular swap/upgrade.

cruiserpilot said:
That mirror size is too small in my opinion. That’s a variation of the small ’car’ mirrors that
60’s came with. Most want something larger with better sight projections.
Have you looked at the original 70 series Euro mirrors? They have a longer single arm. They are
a popular swap/upgrade.
Click to expand...


@cruiserpilot - agreed but the small c10 mirror was just for reference on the type of work they do. As stated above, the job would be to create an exact match of the OEM 60 mirror.

I had a set of the 70 series mirrors but didn't like the small gap.

But. . .I'm pretty sure the price of those mirrors are going to be astronomical without a significant group buy - and getting people to bite off ICON4x4 prices, even for an exact match, is astronomically low.

So, that leaves what I think will be one of the Defender setups. . .we'll see how this pans out when I get the pricing back.

I'll take the c10 mirror pic out - didn't realize it was confusing.

Thx for the feedback/input.

If you could figure out how to rotate that pivoting base to horizontal bolt pattern instead
of vertical you’d have something. Then just a matter of getting swingarm angle correct.
I can’t even begin to think about expensive mirrors. Too many trees in my world.

cruiserpilot said:
If you could figure out how to rotate that pivoting base to horizontal bolt pattern instead
of vertical you’d have something. Then just a matter of getting swingarm angle correct.
I can’t even begin to think about expensive mirrors. Too many trees in my world.
Click to expand...


DDE & DU are thinking the same thing. Rec'd communication from both companies last night - both are thinking either an adapter or milling the Defender arm just as you stated.

Now I have to find a junk door, cut out the mirror attachment section, and send it to them with my old mirrors. Mirrors, check. Happy to pay postage, check. Junk door, NASA we have a problem, lol.

Going to contact one of my buddies in the UK to see if he can help facilitate this - otherwise, I'l grab a door off of eBay and have it shipped.

Still waiting to her back from SCR - personally, if I can get the 60 mirrors down to <1K, I'd be all over the billet set of OEM mirrors. But, again, I personally find the Defender setup SAF and would be 99% happy with them mounted to the 60.

Trees - same here, I literally live in the wood but I don't wheel. Both designs are breakaway type mirrors just so u know=)

Break away, yup! This is the third drivers mirror, second passenger for me. Have to admit it was a fluke, trying to clear lower tree
and the length in the forest pushed this one over, quite unexpectedly. 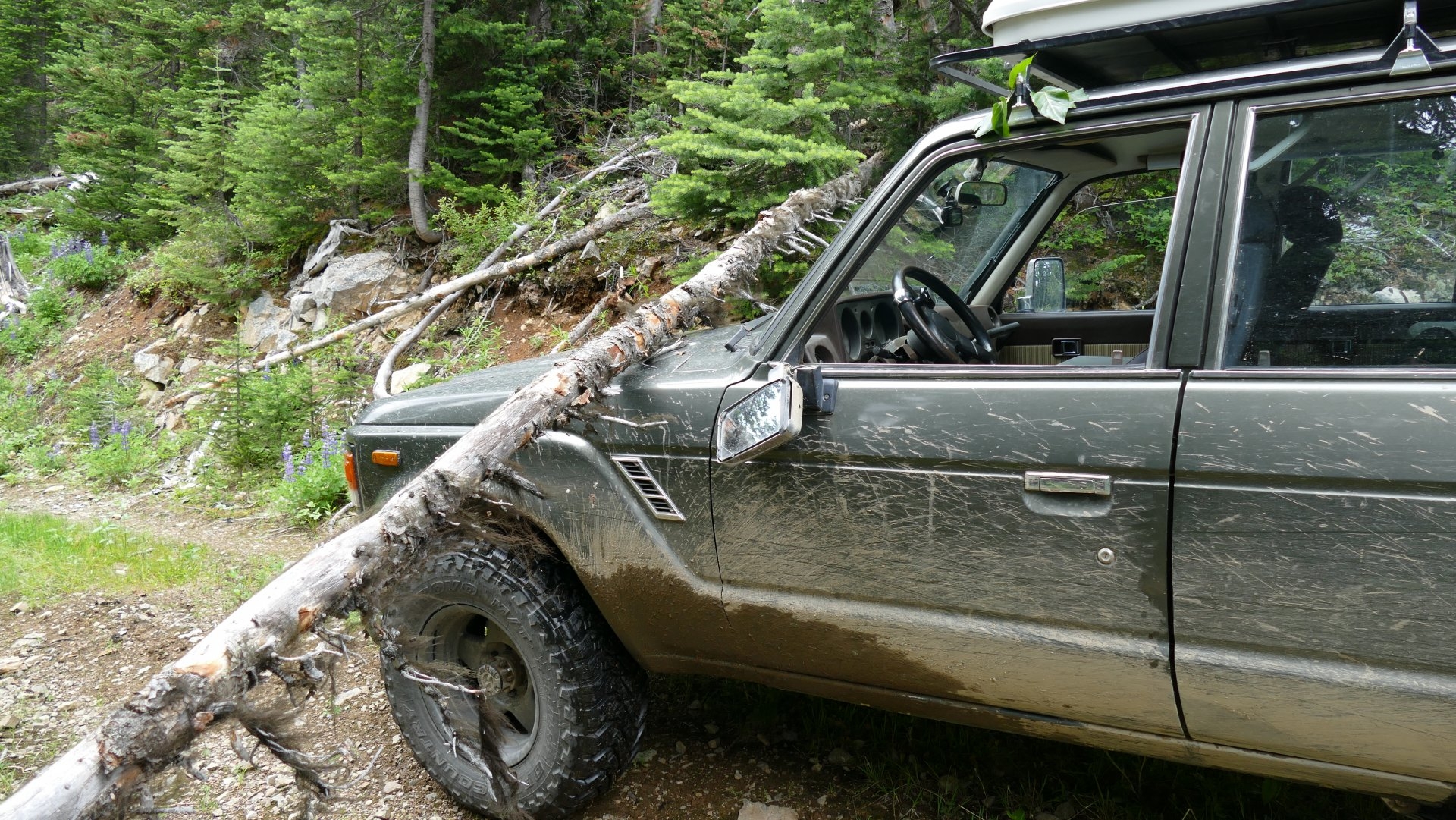 I'm sending him one of my old mirror assemblies. I would like to include a door skin section of where the mirror mounts to the door, maybe a 10 inch wide or something similar. . .so looking for that piece now. If someone can provide a door skin section, I'll pay the shipping to me and then will ship the skin with the mirror to Bryan.

Group buy - his minimum order is 25 units, regardless of option. Once I get the premilinary info (pricing, CAD drawing, etc.), I'll post and start requesting potential buyers.

Once Bryan receives the mirror, he'll start the process of developing the above discussed mirror options for the 60 series. In addition, Bryan stated they design and mfg gaskets/pads in-house, so they will be included with the 60 series kit.

The pics are general pics showing what the mirror looks like with a mount similar to the 60 series - meaning the bend in the surface mount. Personally, I like the look of the 2nd pic but these are speculative at the moment. . .

Once Bryan sends me info - CAD drawing, pricing, etc. - I'll post up with another update and start a solid GB thread. 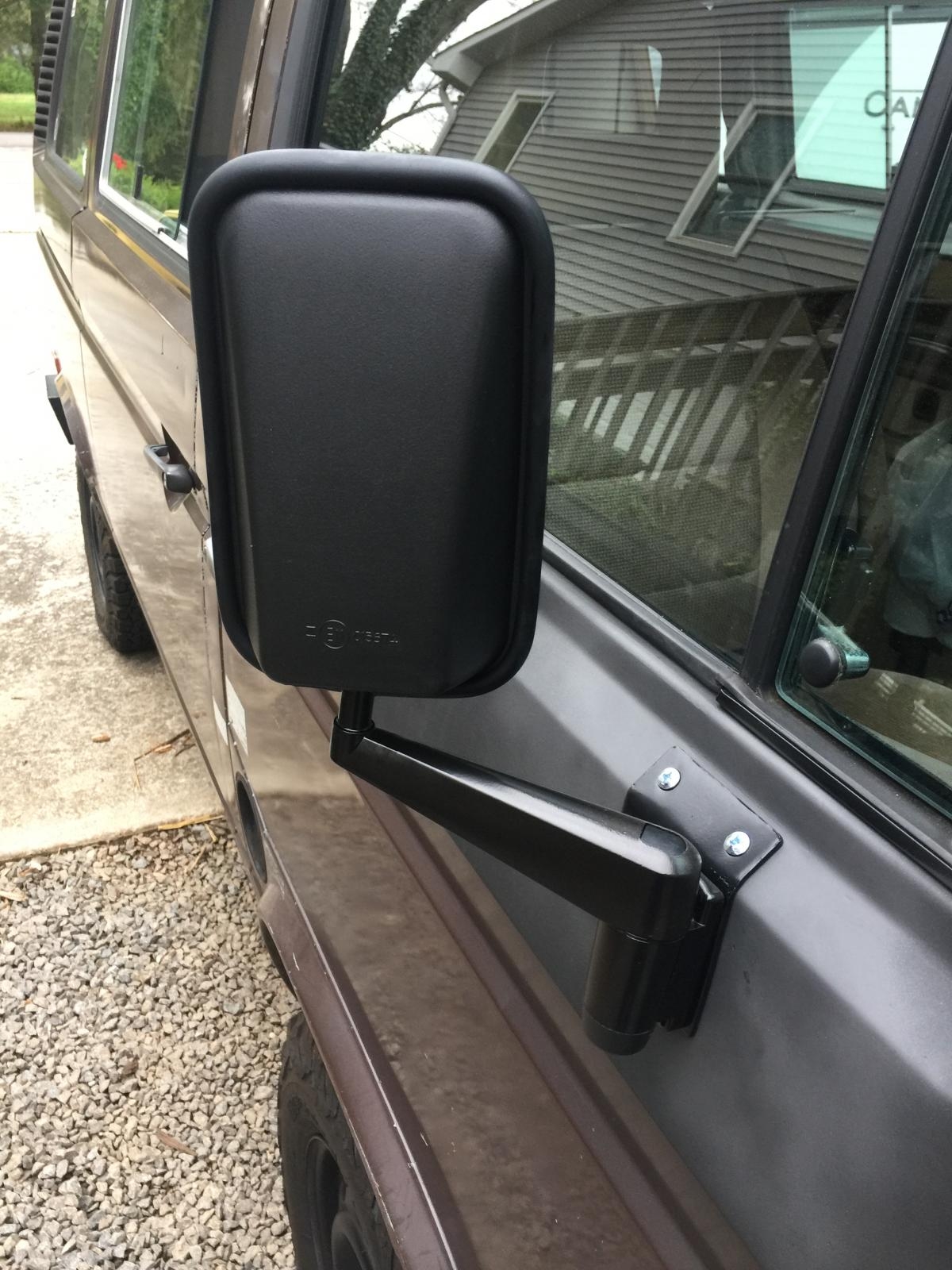 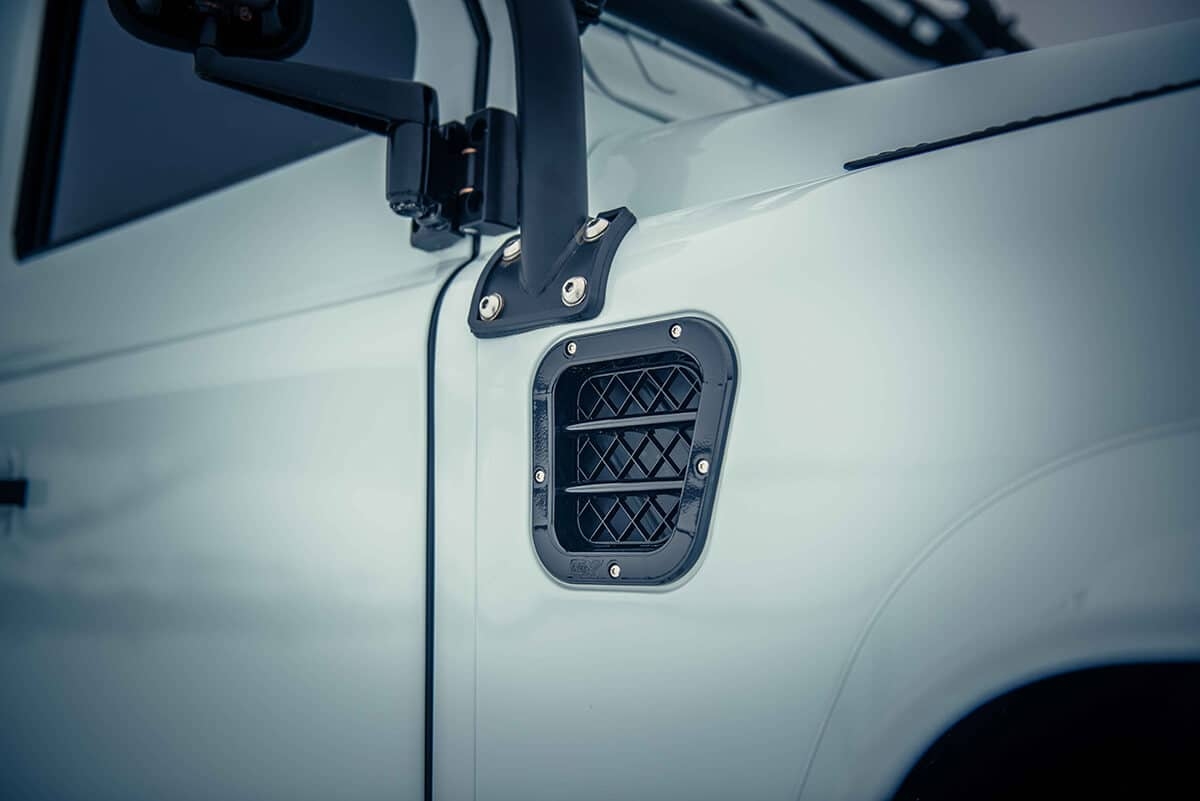 HELP needed! Where to buy OME suspension kit for DIY???