Visit site
It was hard for me to find pictures of the Trackspec hood vents on the 80, so I thought it would be helpful for the group to see how they turned out. My main question before buying them was how would the side vents look and fit? 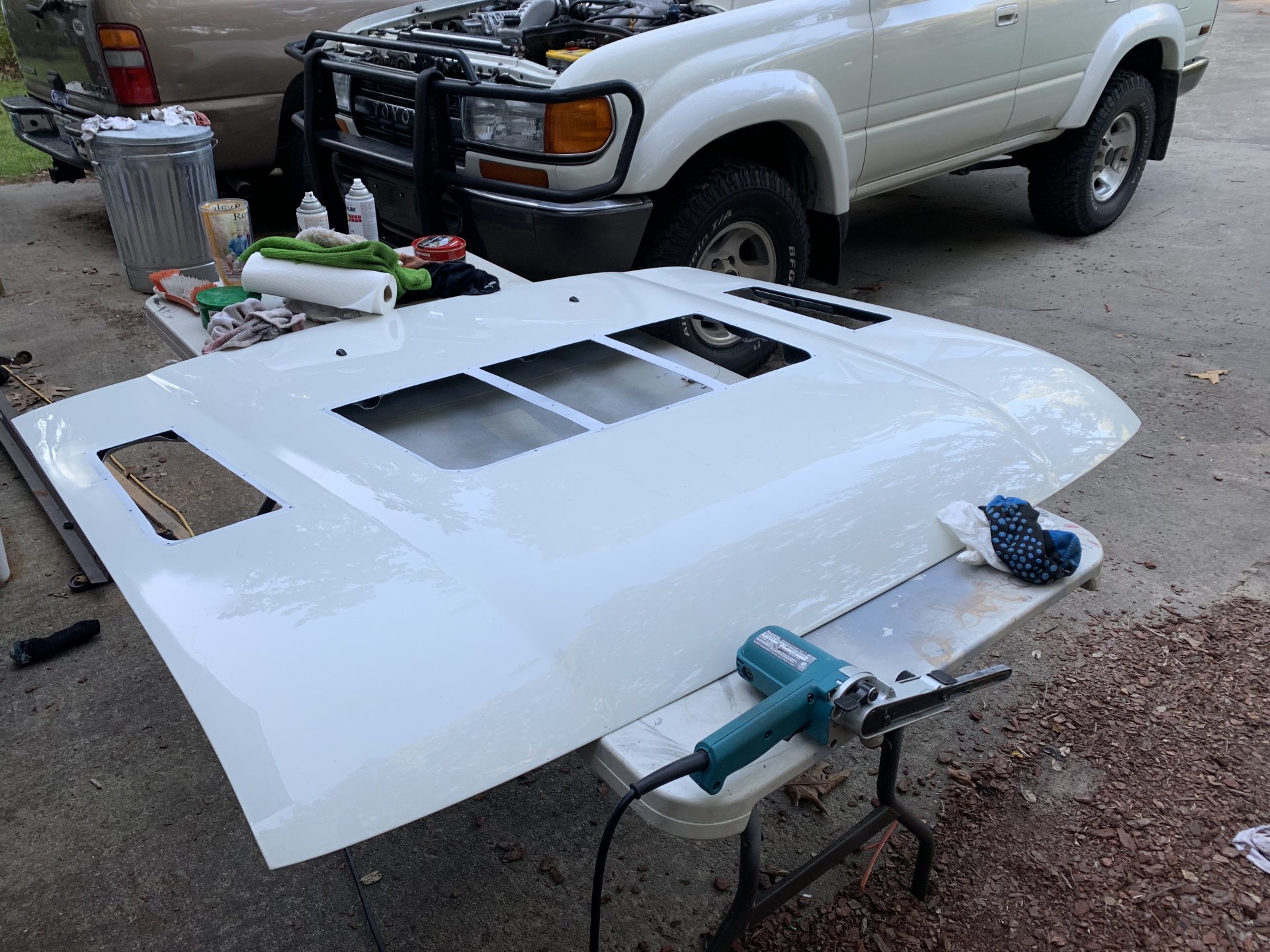 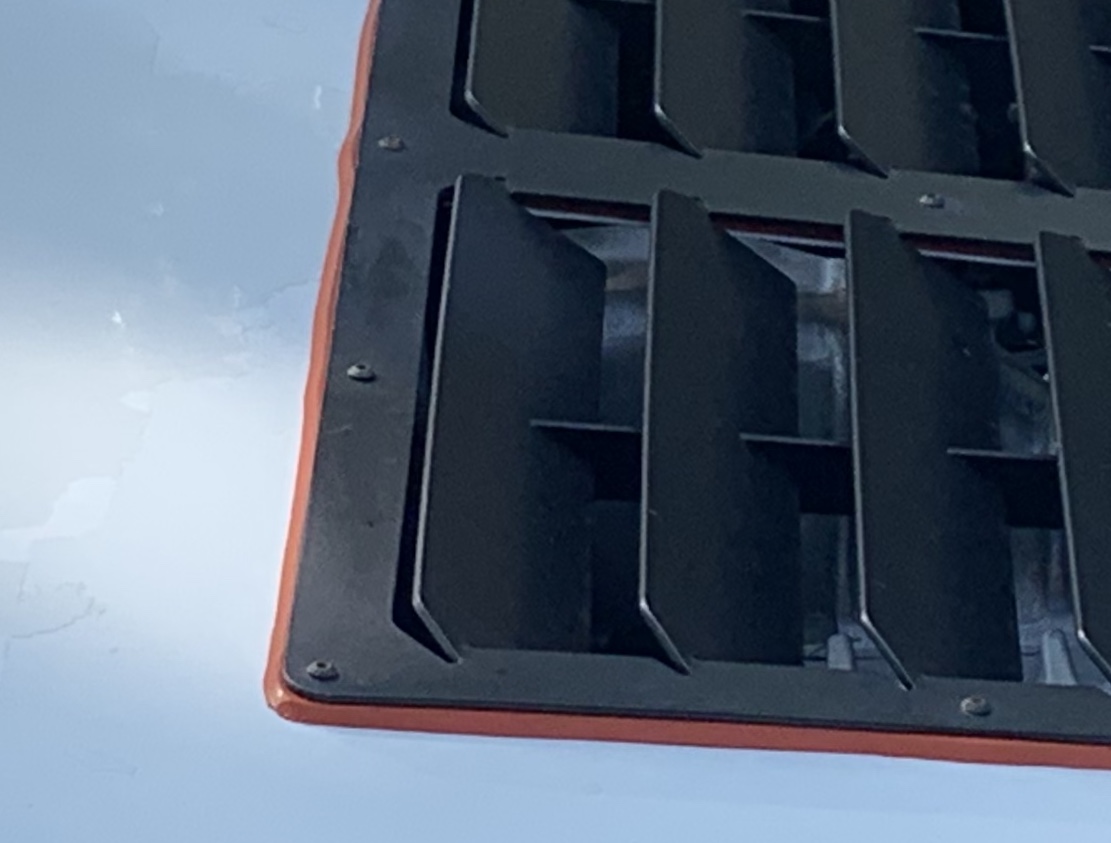 Cutting the hood without overheating the paint took some time, and it removed several structural members that initially made me worry. However, after the louvers were fully installed, the hood tightened up.

I decided to use 3mm nuts and bolts instead of the rivets that came with it. Though they are not installed in the top picture, I added a layer of heat-resistant silicone because I didn't like the idea of metal on metal and plan on a new paint job, but I was surprised how much it added to the look of it.

There was one tricky part to installing the side vents and ensuring they were behind the battery box and using nuts instead of rivets. The last two drill holes were directly in the support arm of the hinge.

They have been on for a while, and I like seeing the heat waves pouring out from the center vent. However, I will be adding something under the center vent to direct rainwater and shade the belts from the sun. The side vent is positioned just behind the battery box, so that's not a concern.

Overall I liked how it turned out and would do it the same way again, but the side vents were the biggest hassle and really aren't venting much heat with the large one in the center.

Visit site
Those look really good. Nice job on the install. Do you have any metrics on the change in engine temps you see? Like, I averaged around 193 before and now I'm around 190...or something like that?

Visit site
Nice. Got any under shots?

petwhookie said:
Nice. Got any under shots?
Click to expand... 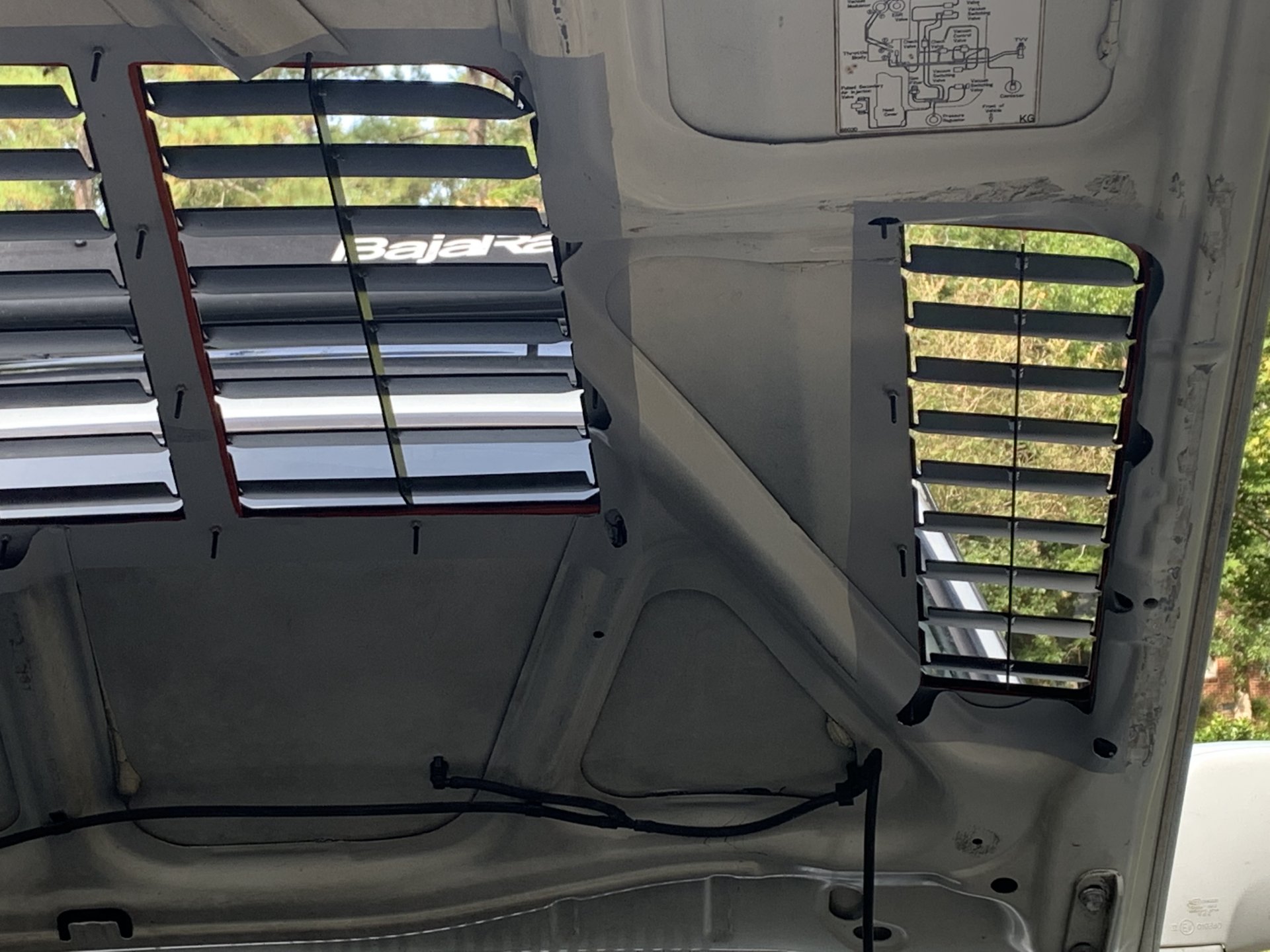 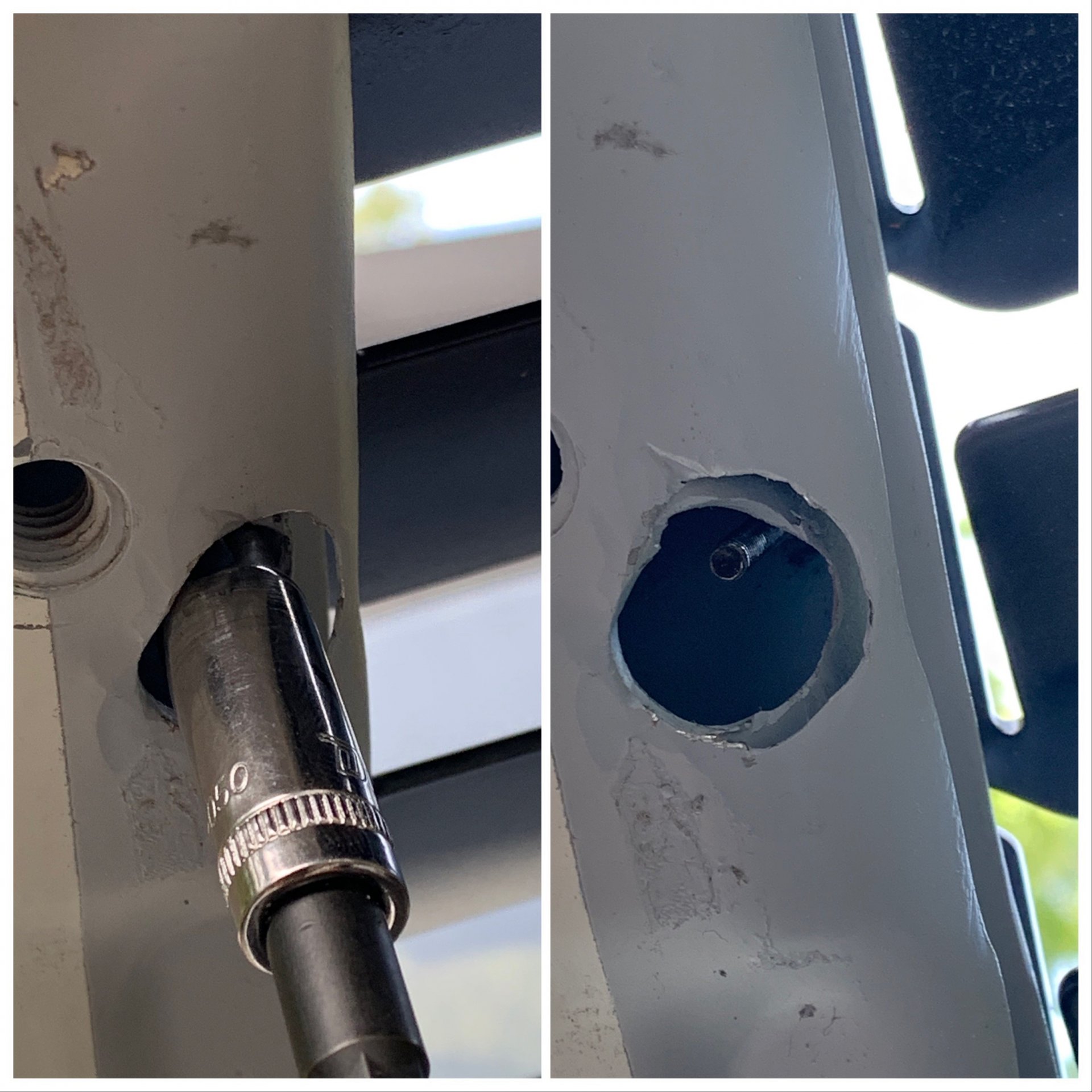 Thanks. Here is the view from under the hood. I got the longest 3mm bolt I could find because I knew I would need to get them started in tough places and I wanted to remove as little of the bracing as possible. They are also going to the attachment points for the aluminum “gutters” I will be adding to divert crap, sun and water when in normal use. The plan would also be to take those off if crawling for extended periods.

george.arnold said:
Those look really good. Nice job on the install. Do you have any metrics on the change in engine temps you see? Like, I averaged around 193 before and now I'm around 190...or something like that?
Click to expand...

Sorry no. That said, I need to get better about quantifying stuff like that. However on this one I don't have a gauge installed to give me those numbers. Yet. Beyond general maintenance, Temp, AFR and boost gauges are likely to be next on the list.

Here’s my install as another point of reference. 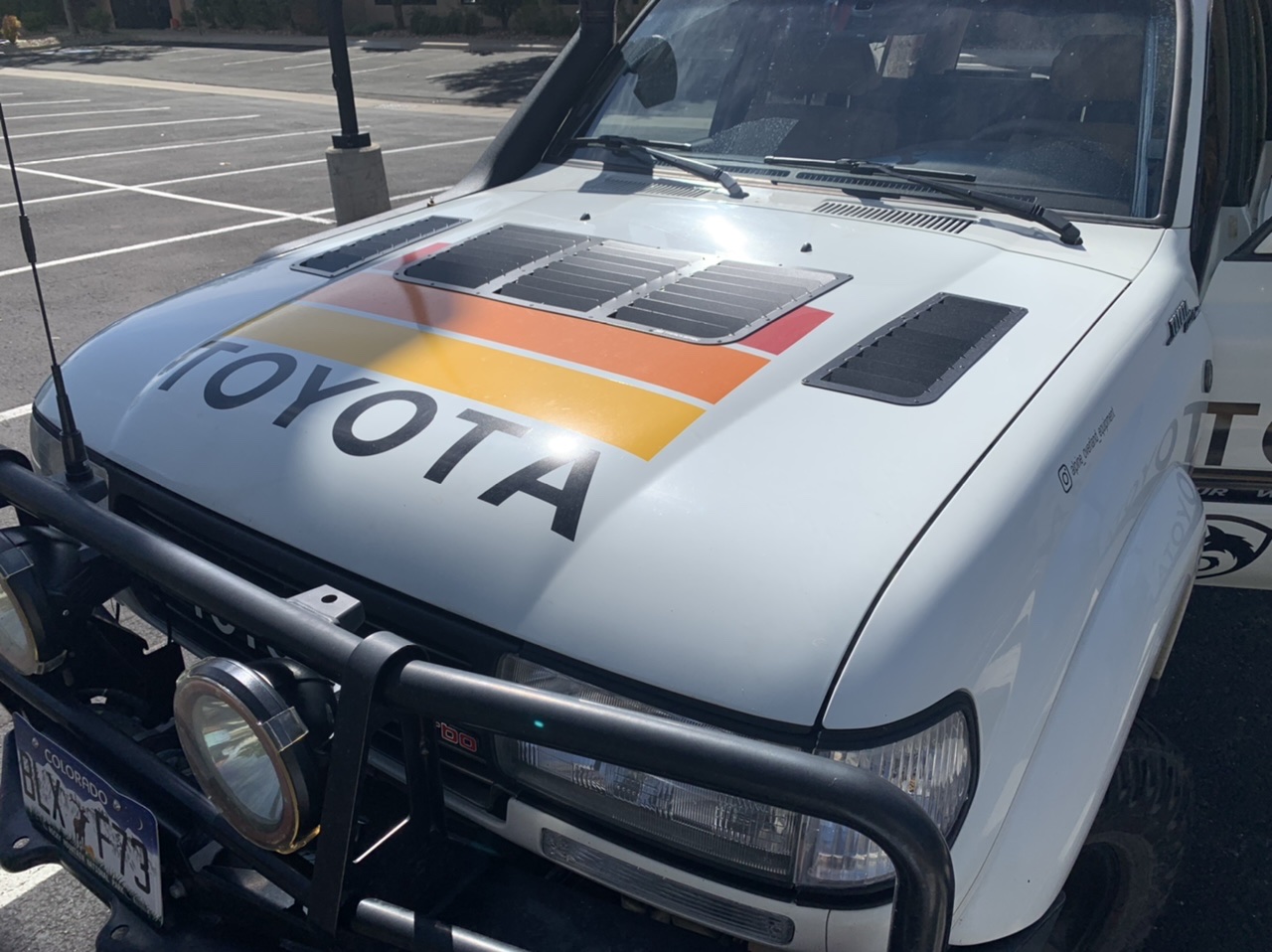 Visit site
Looks good and I love the retro Toyota racing colors. How long have you had them in and how has the engine bay faired?
For me, what I have noticed is water can collect around the spark plug boot of cylinder number one (my driveway has a slight slope that probably makes this worse). I investigated it further and found some surface rust in the plug channel and on the threads of the spark plug. I cleaned it out and replaced the wires so the boot had a good seal and did the plugs distributor cap and button at the same time. Unfortunately the truck doesn't have the cover on the cylinder head . That part for the 94 is no longer available and I haven't yet been able to source it used. However I suspect even with that water will still collect. Which is why I want to add some kind of gutter to direct water between the belts and radiator.

I’ve had them in for about 2 years now. No discernible difference in the engine bay. I recently replaced my plugs and everything looked fine, but I have the factory cover in place. It has definitely reduced engine temps though. I’m at 177-184 on a 90 degree day with ac on.
You must log in or register to reply here.

Water / Electrical issues under the hood