the "zebranator's" resurection is awn!!!!!

i sold the zebranator, a 65 swb45 non-removable top pickup to my buddy craig about 8 months ago. this rig actually did the rubithon run in the late 80s with it's former owner but has'nt seen the trail much since then. i bought it right before last years' fj45 run and let dan aka gravel maker take it up there with his son. they had a good time in it but then it was time for a new home for the 45. that's when craig stepped up.
he had a built 40 (all the work done by himself and a couple of friends including myself) which he sold about two years ago to toploader aka big six lug but was ready for another project.
well, he finally decided to pull the body and replace the cab with a removable top cab we had in the "stash". this will be in conjunction with a flatbed. it's now riding on narrowed gm one ton axles and 39" boggers. out came the 2f and it's now powered by a small block with a th400 and an np205.
here's a before pic: 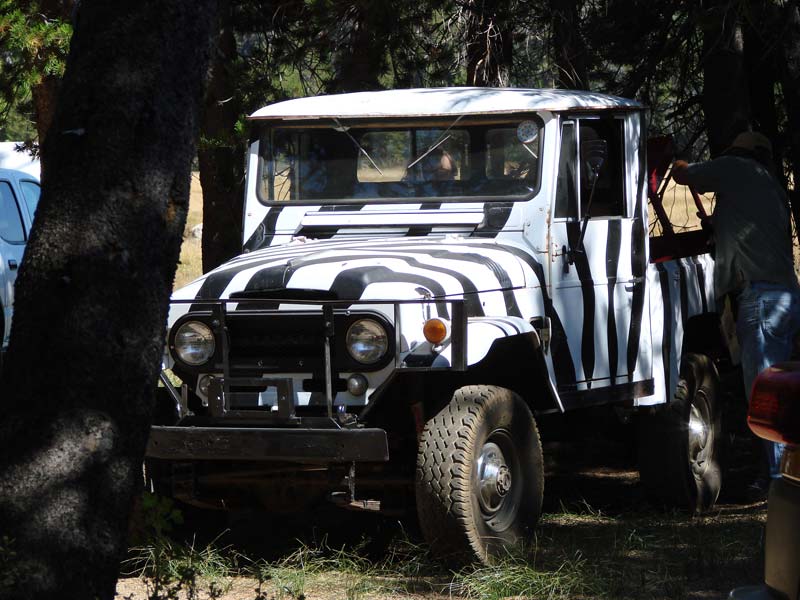 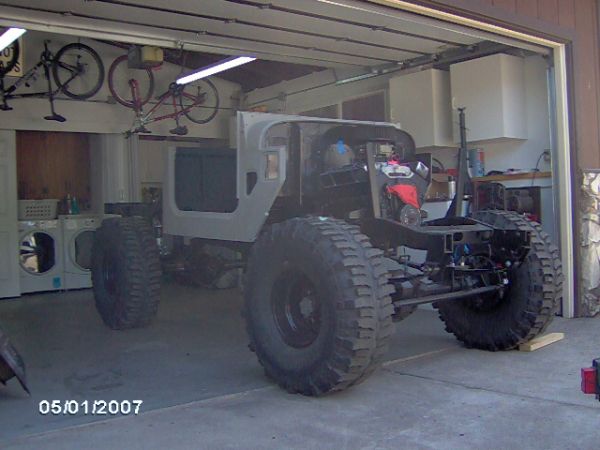 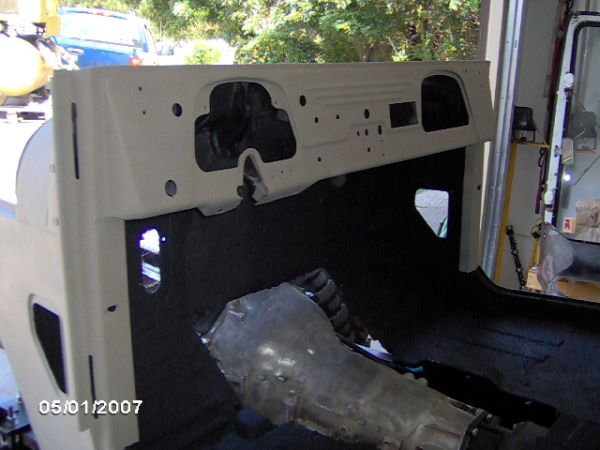 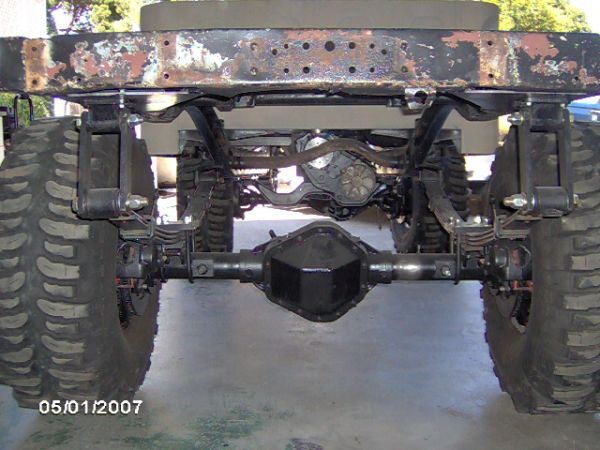 Its Just a Hobby

hoping craig will have it done for this year's 45 run. i know he's trying.....
Georg
Valley Hybrids, Cruiser Brothers & Longrange America
www.cruiserbrothers.com
www.longrangeamerica.com
If you're looking for mechanical cruiser parts, give us a call!
209-475-8808

but that's not zebronator....not even zebronatorII.
It's a 1F, they are too stupid to die. - jim c

I guess maybe its time to finish the story of the Zebranator! I cant believe this was 14 years ago!! We built this rig in my buddy Craigs garage, every Wednesday night for about a year. Started life as shorty fixed top, but quickly went to a removable cab and extended the wheelbase to 112”. Sbc, th400, np205, dana 60 front, 14bolt rear 4.56 detroits. Turned out very clean simple, and a very capable wheeler. Shortly after finishing it, Craig sold it to another friend of mine. He owned it for a bit and decided to improve it a bit. He had an extensive exocage built, did some fuel injection, and later I installed a 5.0 atlas transfercase. I found some old bedsides to add to the flatbed to make it look like a 45 lwb with a bobbed bed. He wheeled it for a few years and then it got some more mods! ( more on that later!)A few months ago he asked me to sell it for him. I had sold the green goblin in 2013, so I have been without a rock crawler since and a couple buddies are now wanting to do rubicon trips. Well a light bulb went off and its now mine!! My son is now 14 so he is old enough to hit the trails and get some seat time! This is how it sat a month ago! 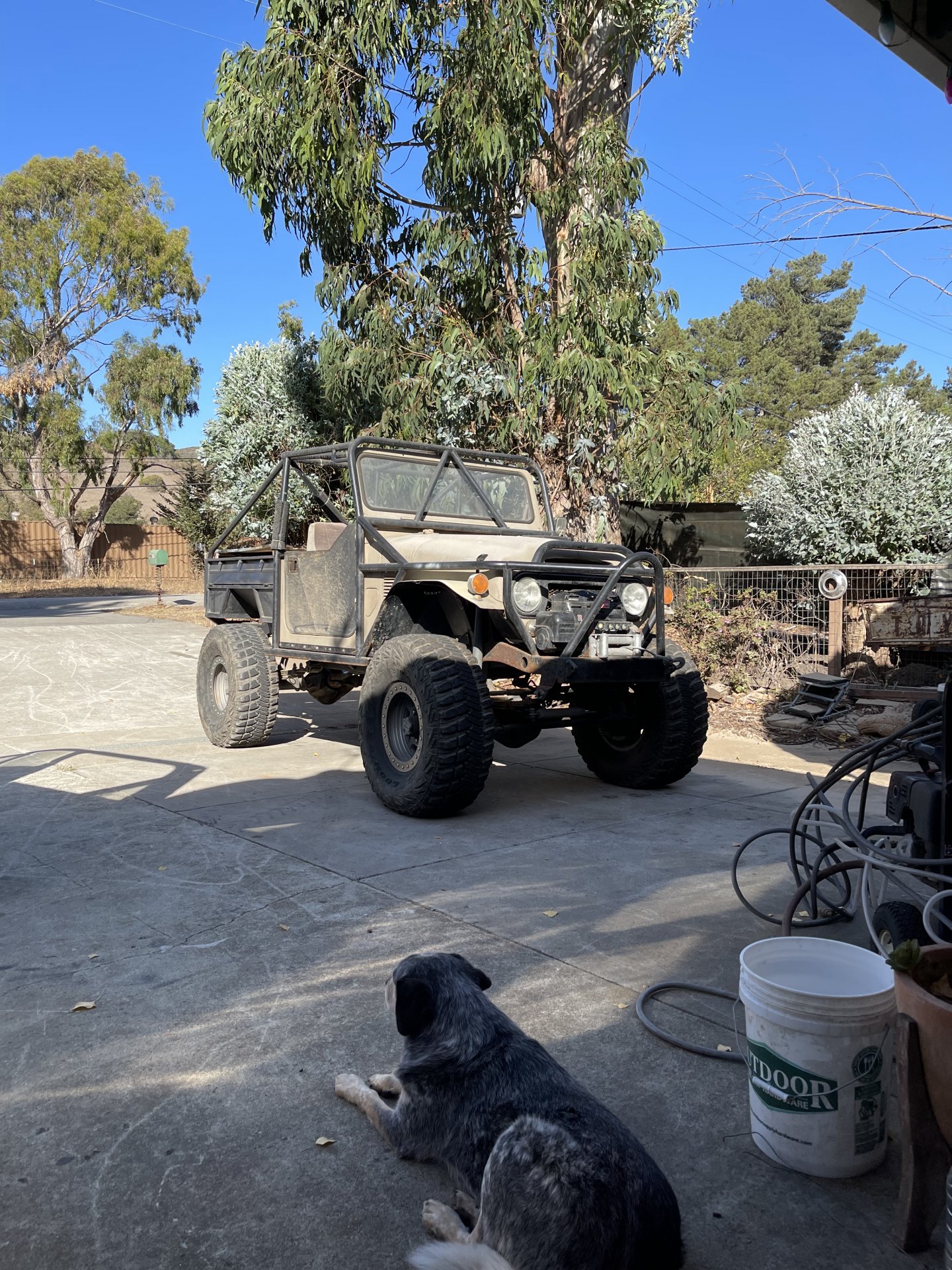 I cant leave well enough alone, and want to make this a daily driver, all around dual sport 45! First thing was to remove the cage( plan is to make it removable for the trail.( Top and doors would not fit with the cage. I have a top and doors for it so it will be going back to a stockish 45 look. Im not going to lie, removing this alone was sketchy!! 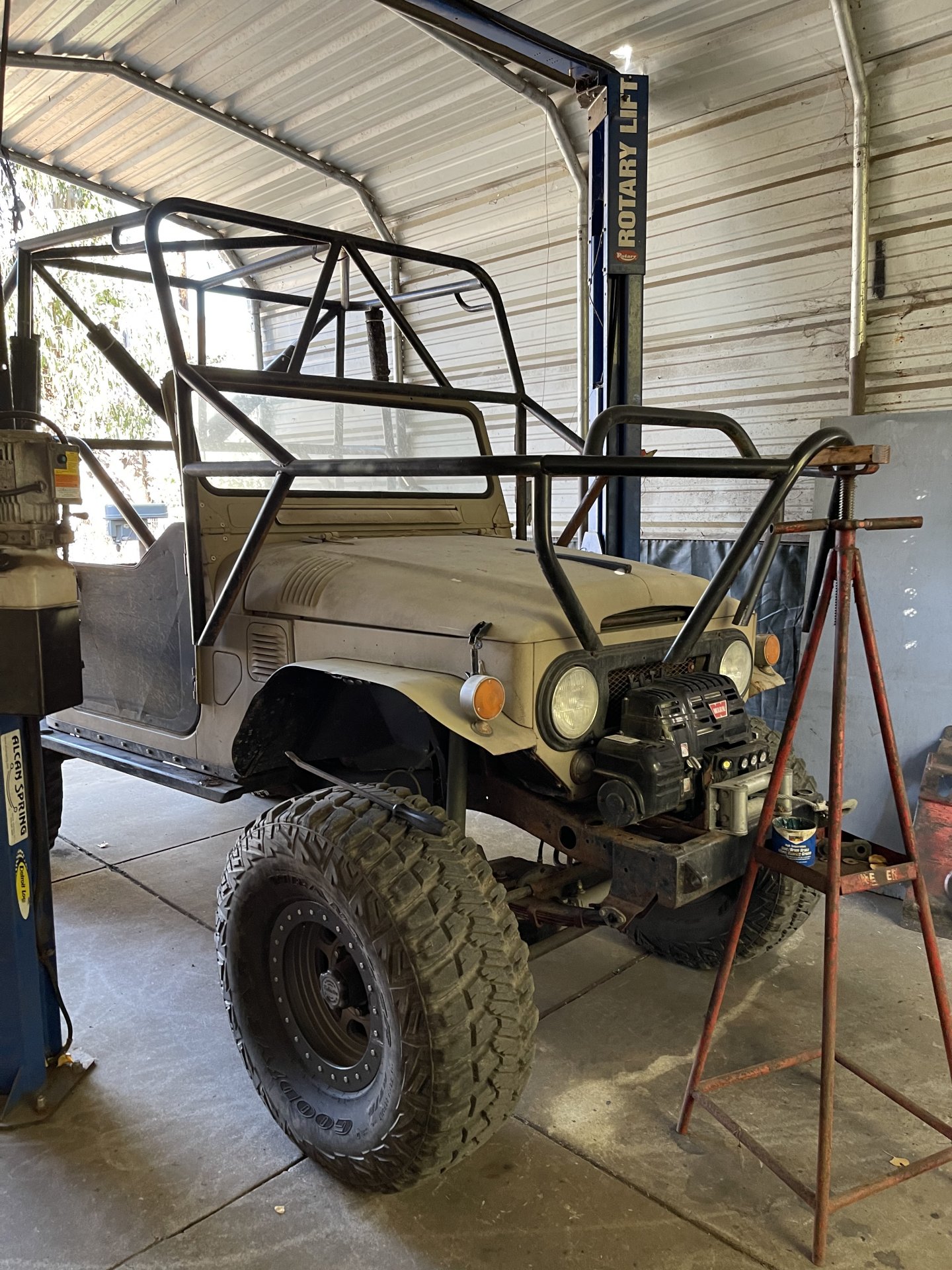 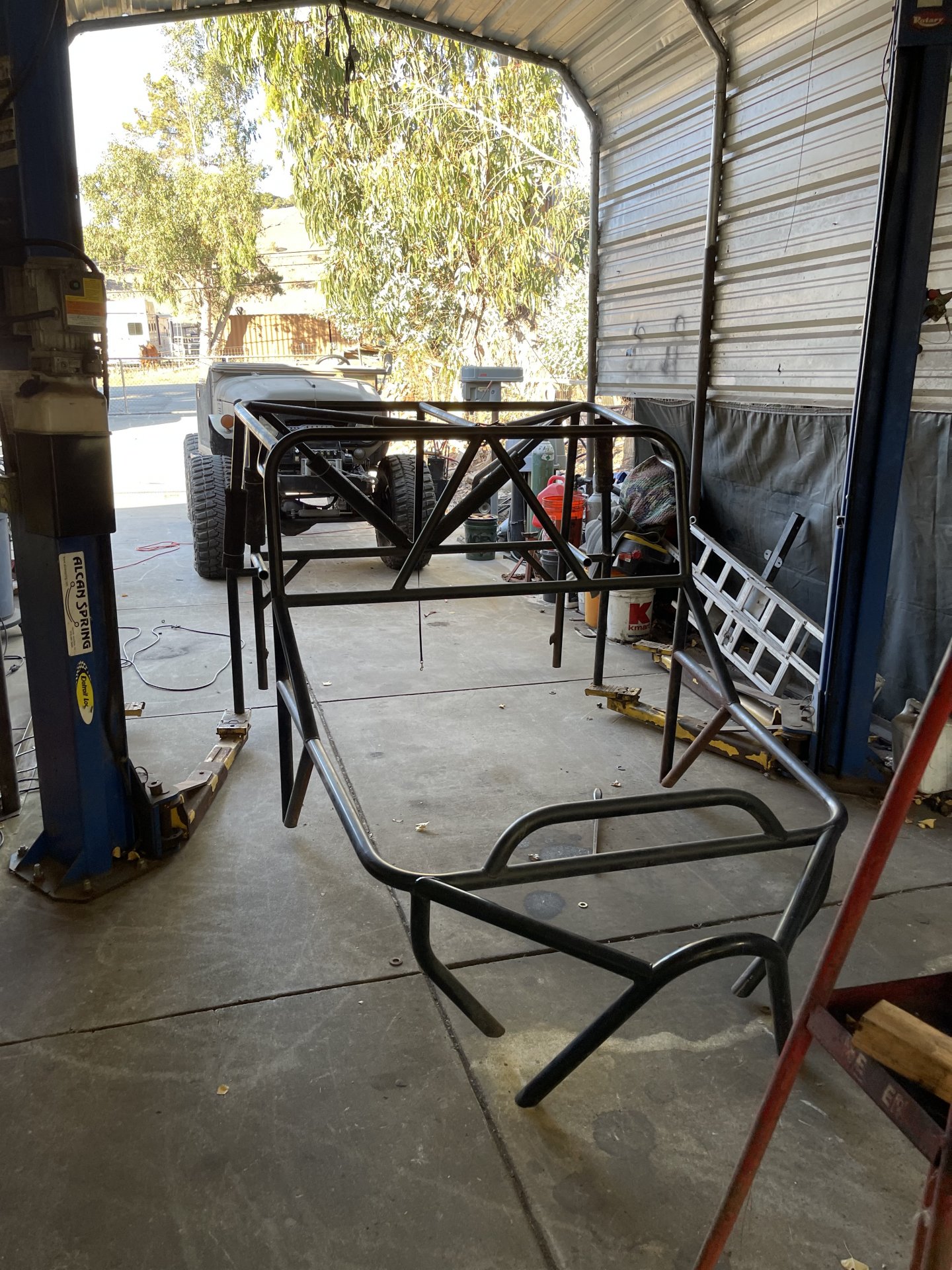 It has been a bit neglected the last few years, so some cleanup was in order. I had some hj75 seats 40/60 bench( I dont like aftermarket seats, even in this rig!!) so now i can take the kids to school! Pressure washed the interior( it was lined 14 years ago and is still solid! Installed the seats and fit and function great. Will leave you with a hint that you can see in these pics as to what powers this thing now! 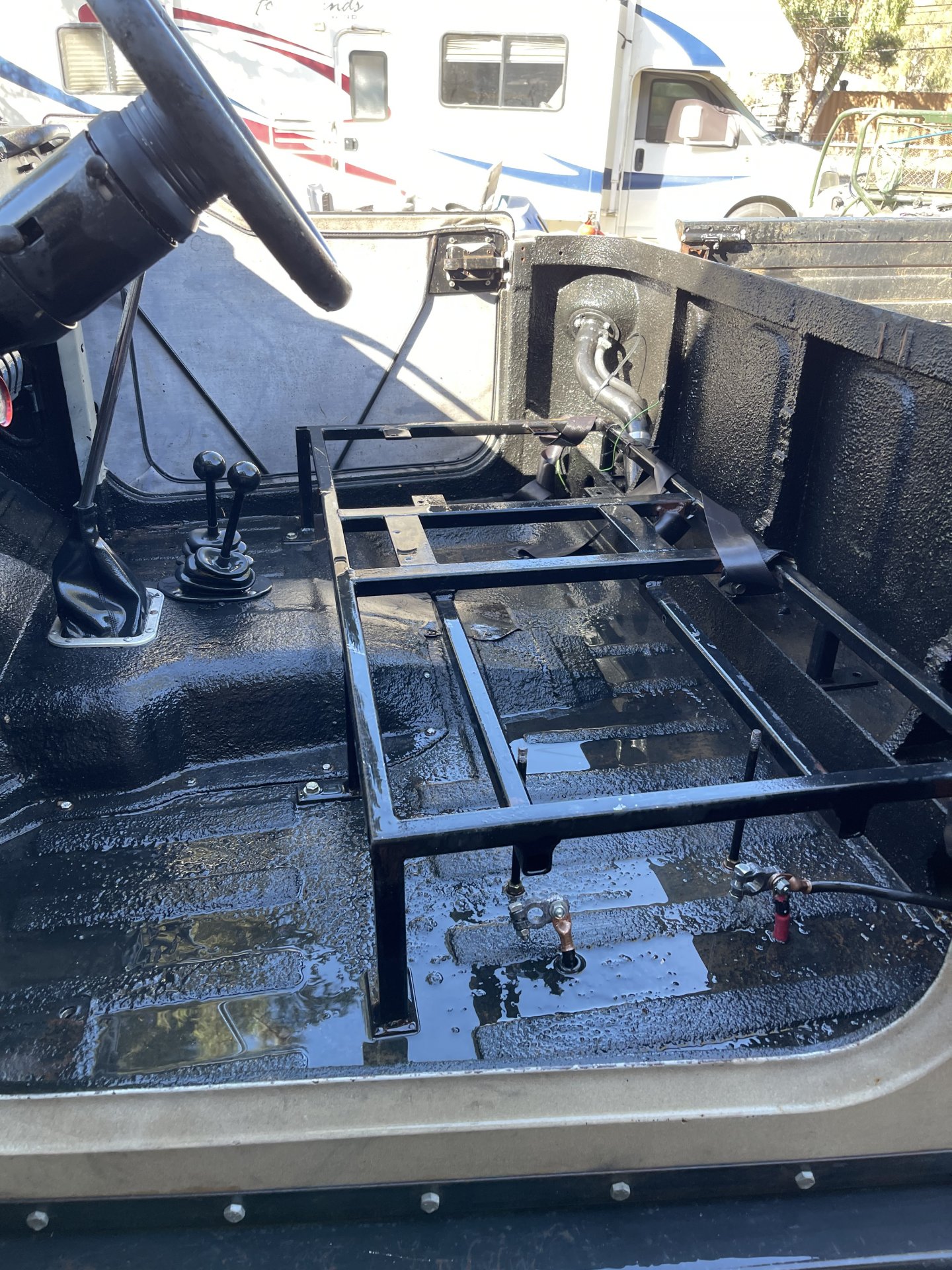 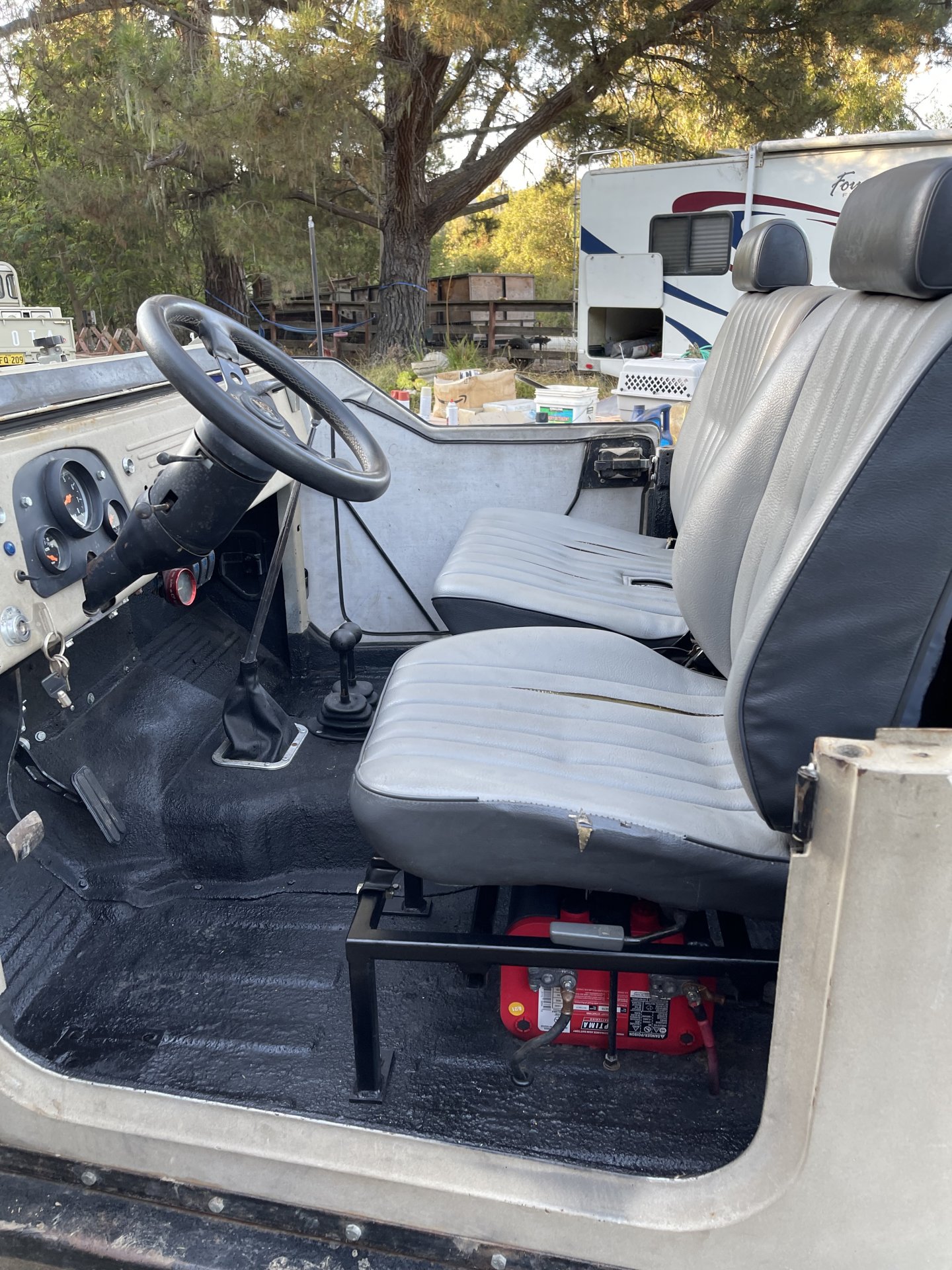 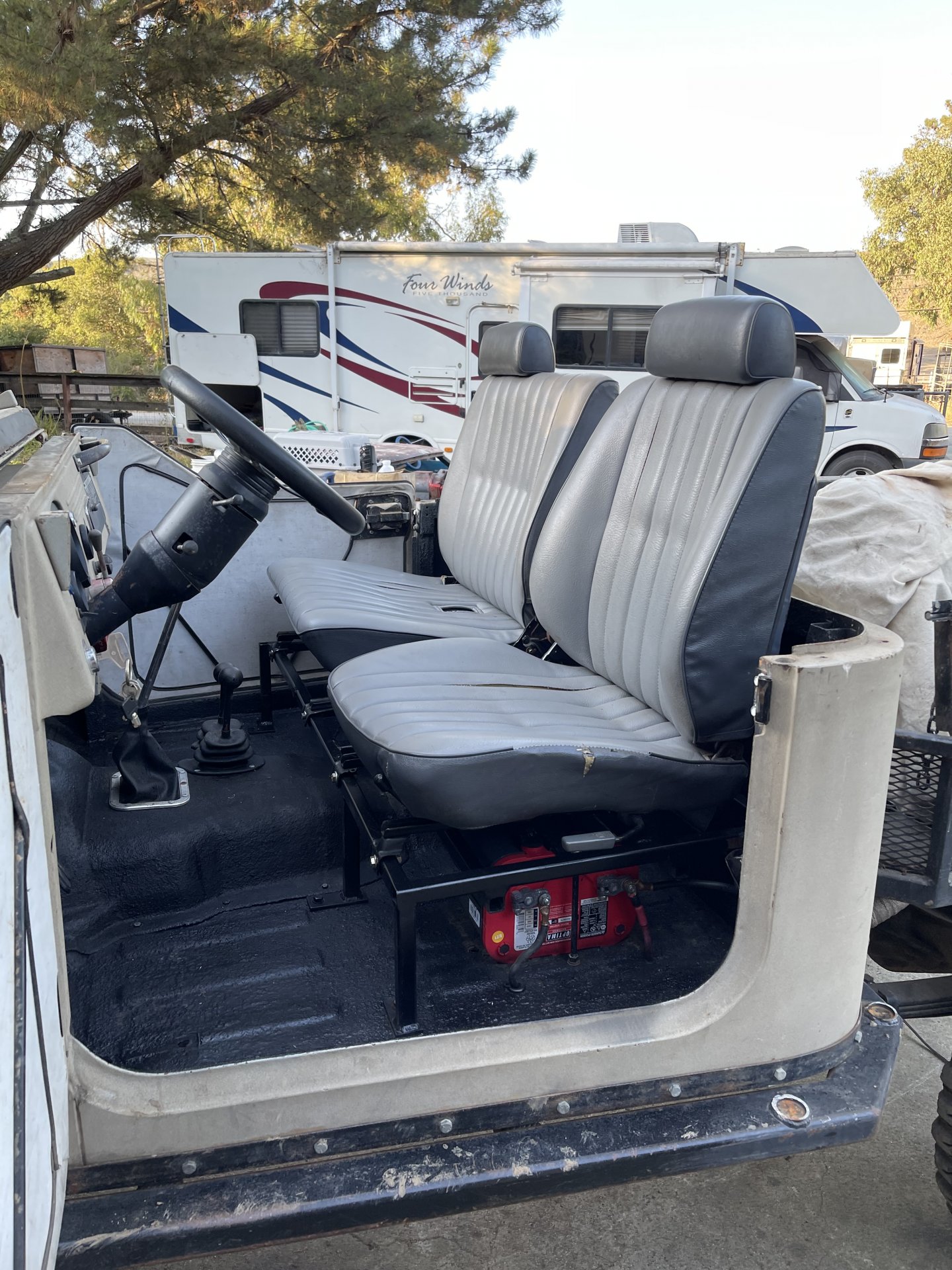 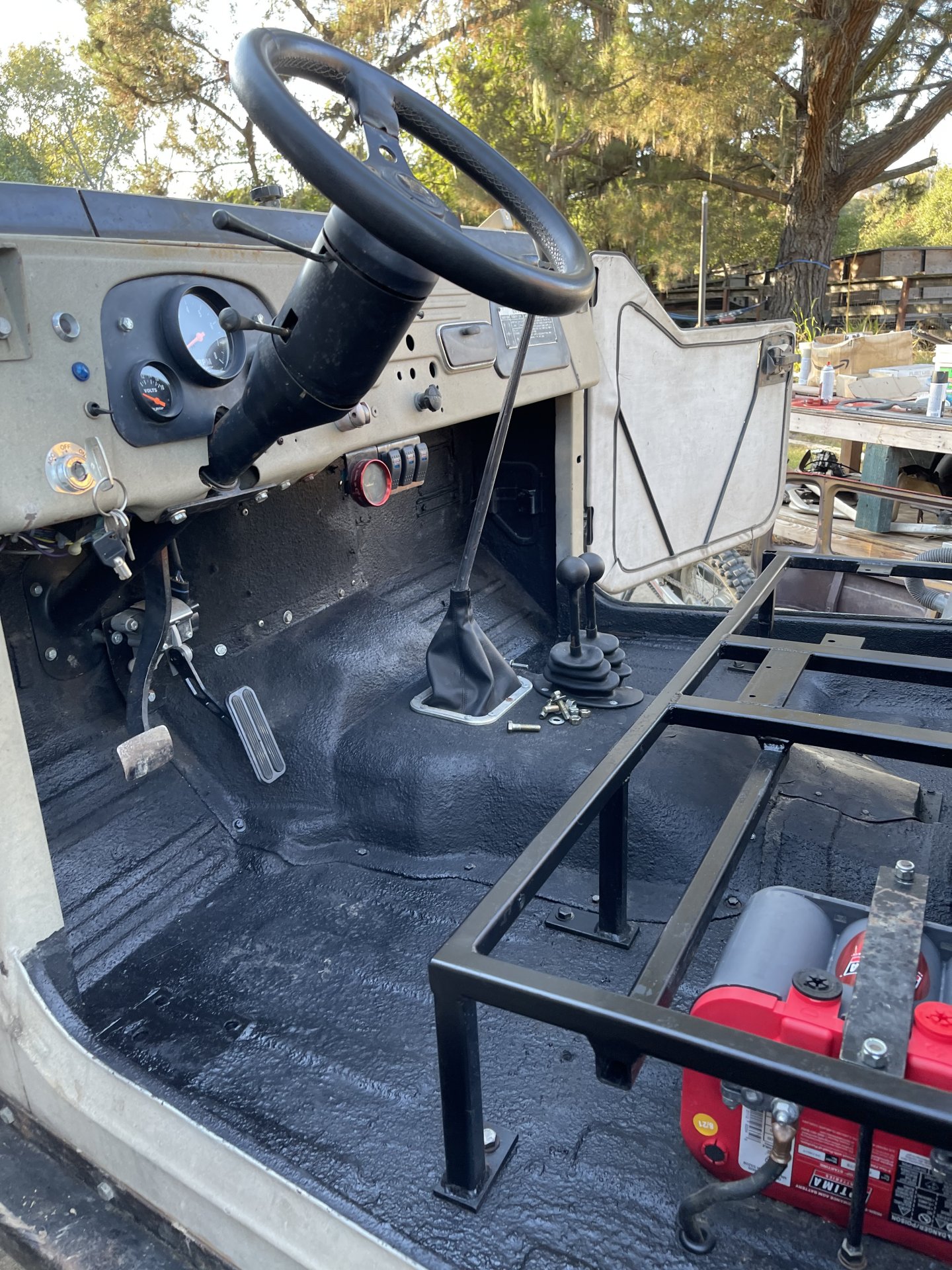 A few years ago my buddy wanted to update the engine to something more modern. He chose an lq9 6.0 HO ls engine! A big sellling point for me as I want a 45 I can drive across the country! This thing goes down the highway at 70 effortlessly, starts and idles like a suburban! As much as I appreciate an f engine, this is a nice change! Been working on the top and doors, and making a headache rack work with this homedrew bed. 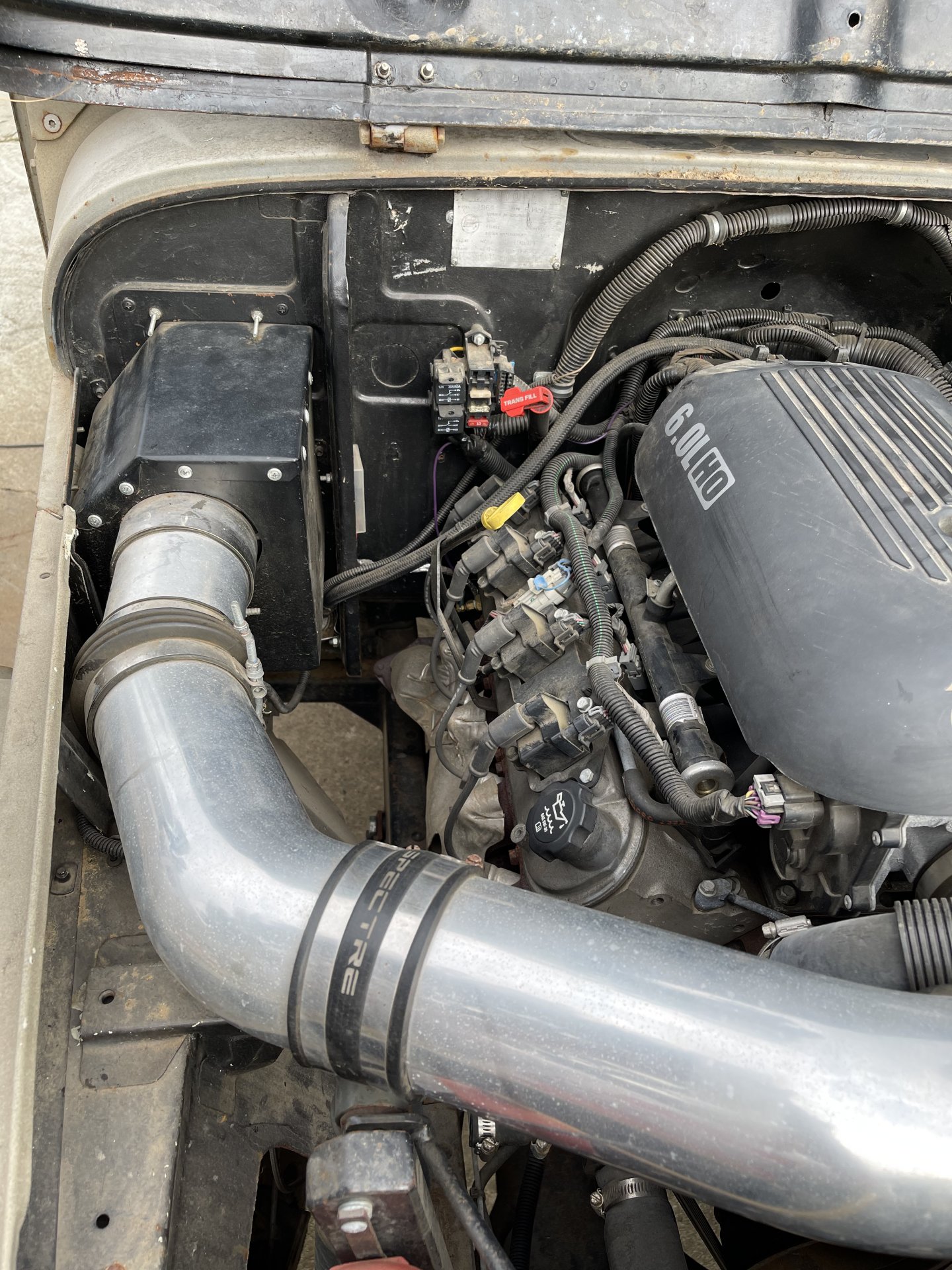 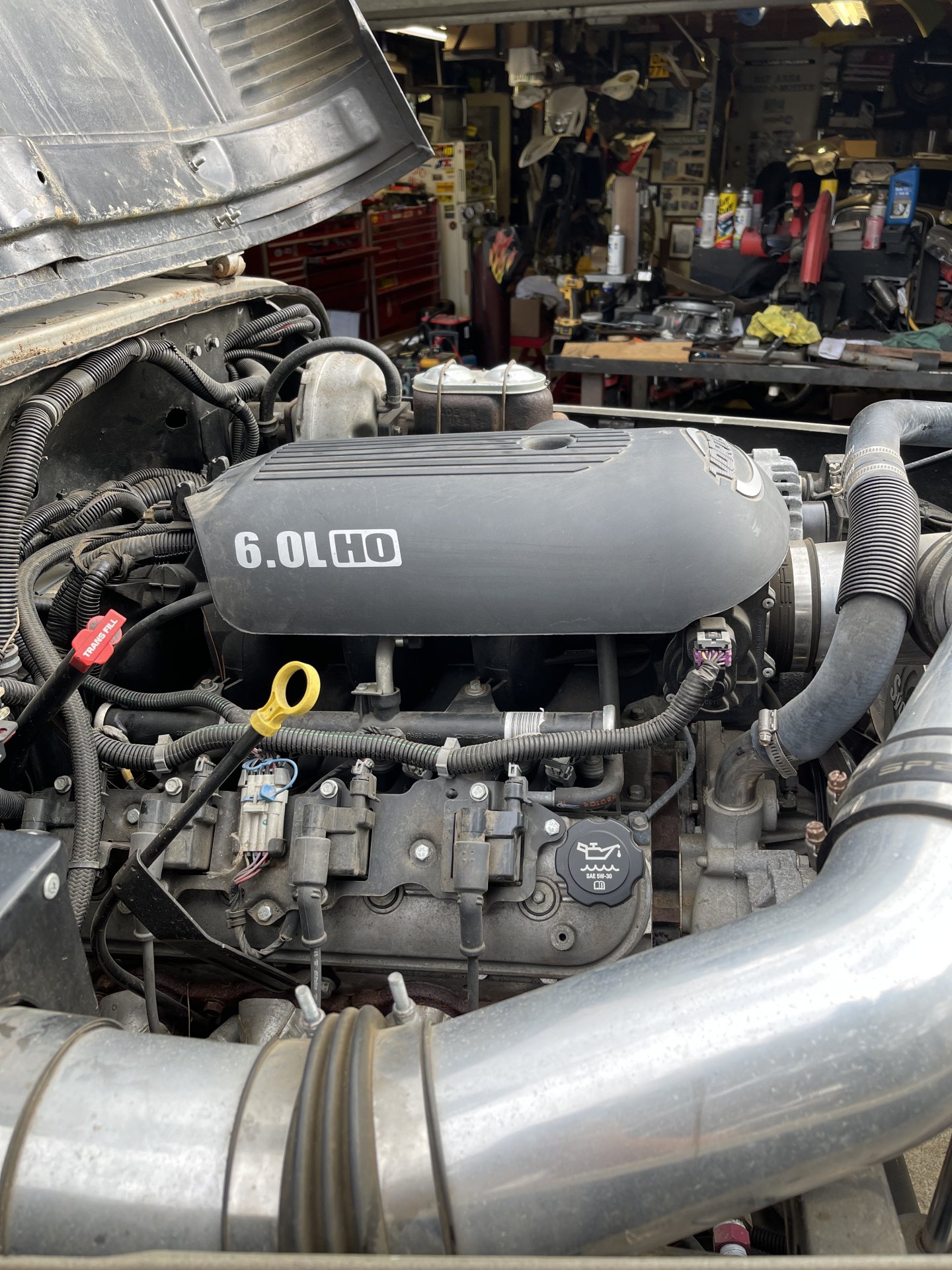 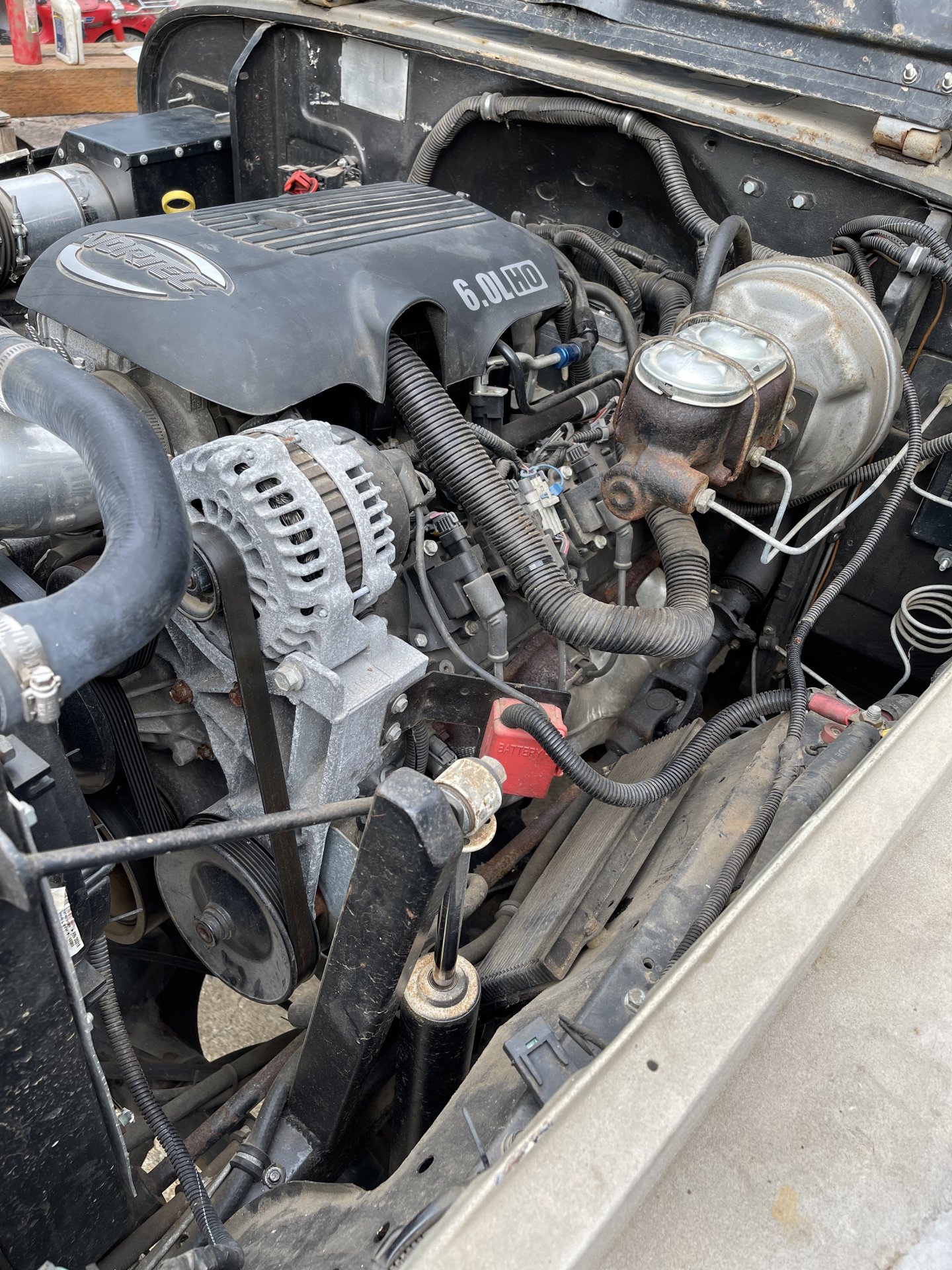 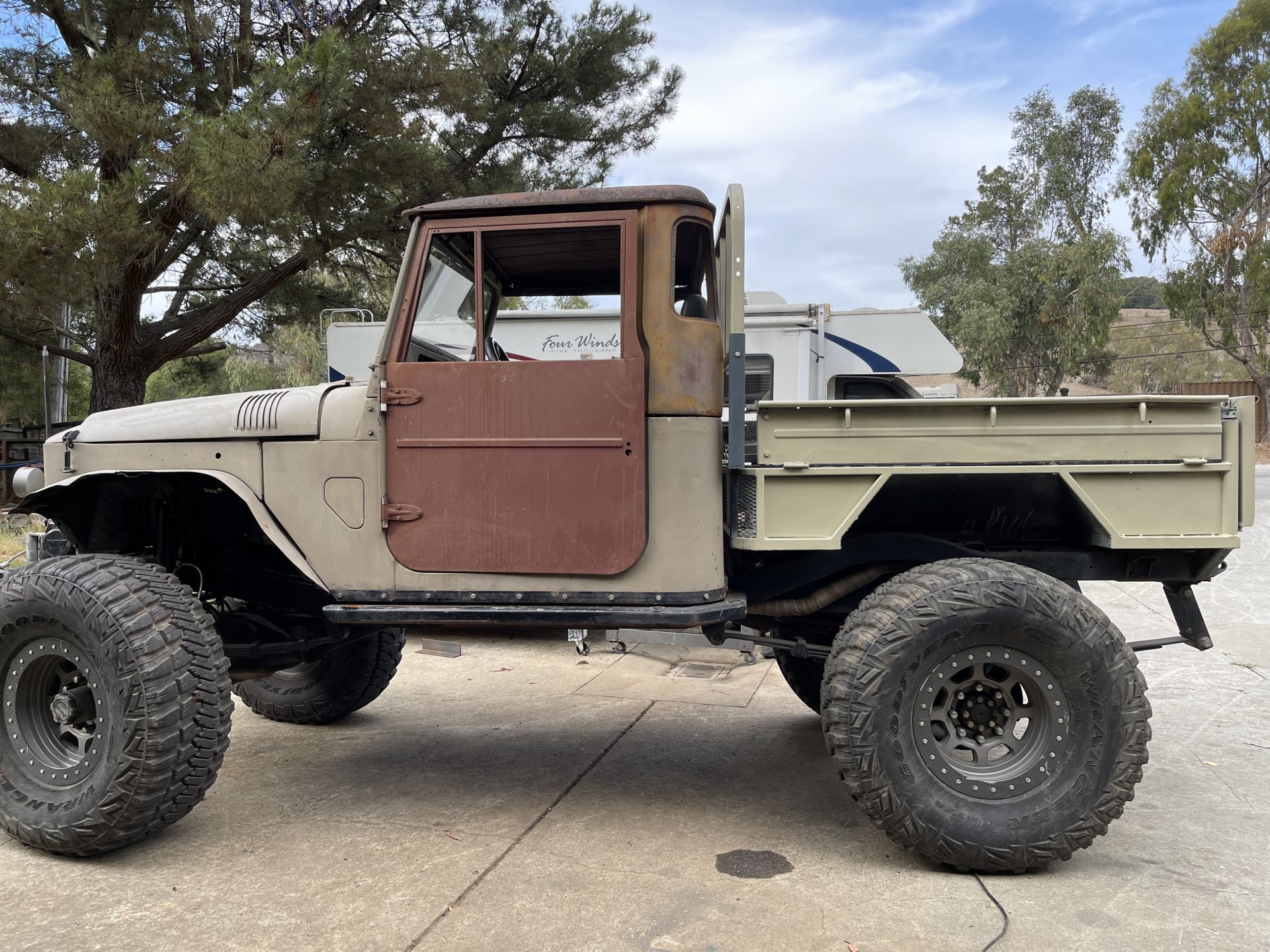 I must be confused! I keep adding original bits to a very unoriginal 45! I guess I like both and want to blend the two! I added an oem bumper and support s, made it quickly removable not to damage on the trail. Stamped bezel, and soon to come new uncut fenders!! 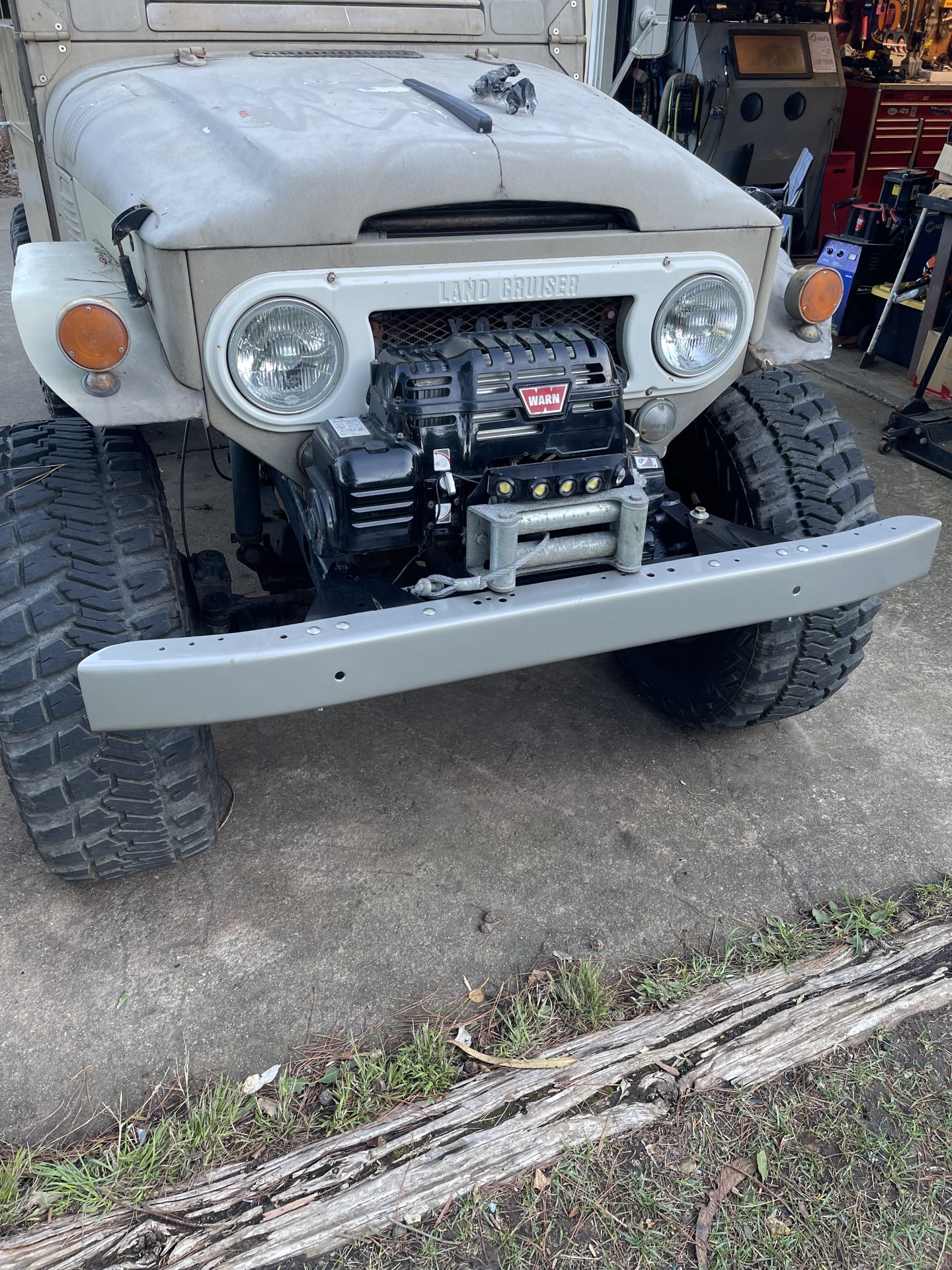 Its a warn powerplant 12k with built in compressor! It definitely gets it done!

It can fill a 35” tire in about 2 minutes, pretty decent for the size.

I have always loved the 45 tailgates with the bold toyota script. I couldnt wait to put the decals from @Mightymes on that came in the mail! Pretty funny as the tailgate is a bit beat up! But the decals mold nicely to dents!! And of cousre the 4x4 decal .Found it in my tool box from probably 20 years ago!! 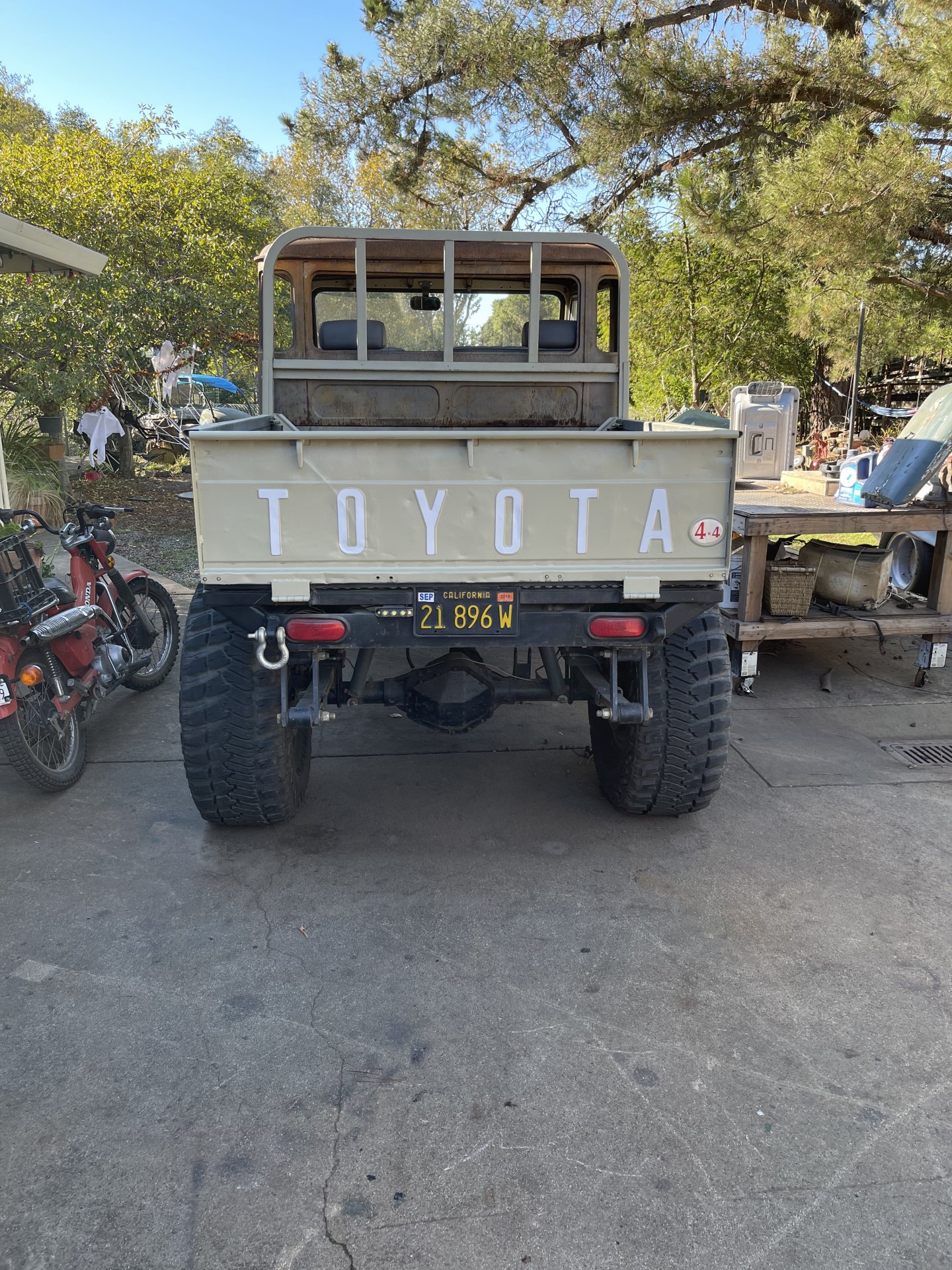