Posted this in the 80 section - thought I'd repost here and see if anybody had ideas.

93 FZJ80, 260K on the clock. I've recently had intermittent issues with the heaters - no heat from the front, very little from the rear. Blowers are fine. Temp gauge reads normal. Eventually it will start working again for no apparent reason. Maybe after a bit on the same drive, maybe after being shut off for awhile.

I've also noticed that if I drive it hard while the heaters aren't working, the temp gauge will climb rapidly until I back off and idle. Temp gauge is stock. If the heater is working, this doesn't happen. This seems like a bad thermostat maybe? But from other reading, if a thermostat fails, it stays failed, usually open. Not likely to cause an intermittent problem.

Other info - radiator is full, though i had to add about half a gallon last week. Top of the core was visible. Drove it skiing this weekend - 300 miles on highway with no problems, no coolant loss. No leaks when parked. But now no heater going to work 2 days in a row.

About 3 months ago the hardline to the rear heater failed. Replaced with OEM, refilled and burped the system.

Radiator is about 5 years old. Good quality 3 core brass, but not OEM. I am running a modified fan clutch.

Sounds like a thermostat issue, just took care of mine and has similar symptoms.

Is the heater valve in the engine bay operating consistently and fully?

CO_Hunter said:
Is the heater valve in the engine bay operating consistently and fully?
Click to expand...


I'll verify visually, but I believe so. When the heat comes on, it varies consistently and proportionally with the slider position. And the rear heater doesn't work off of that valve at all.

On the way home from work tonight I had no heat for the first 5-6 miles, and had to stop twice on Powers to let it cool down. Then heat started coming out of the vents, and no more problems the rest of the 15 miles home. Even if I turned the heaters off.

Rough idle is getting worse. I'm going to park it for the rest of the week until I can dig in. I do have a new thermostat, so that'll be one thing to try. 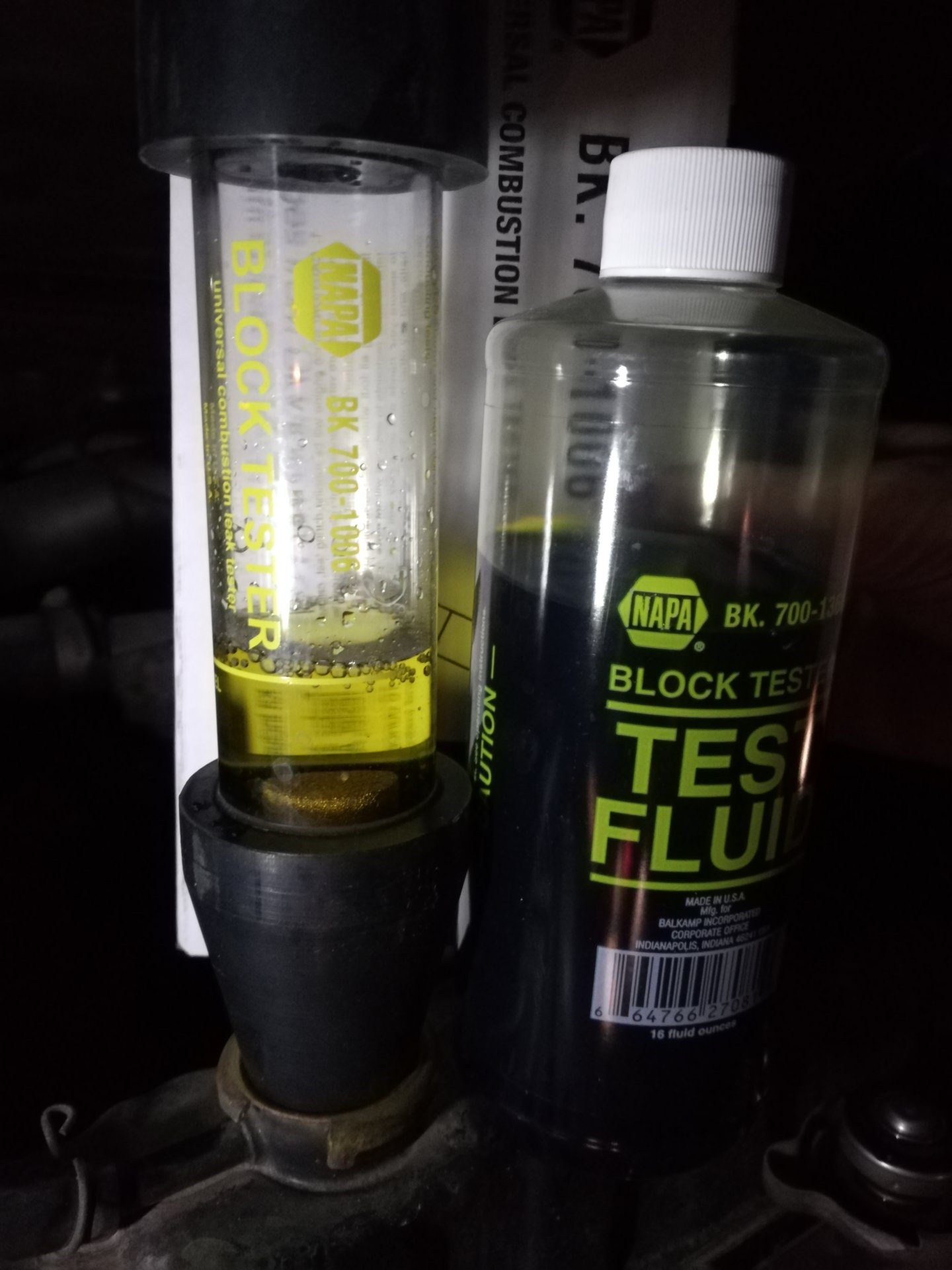 Can't tell until I pull the plugs, but that's a safe bet.

So I'm considering options - where would you go to have a head gasket done locally?

Robbie up in Denver if he is still doing them. Powderpig on RS.
Last edited: Apr 4, 2019

EricG said:
So I'm considering options - where would you go to have a head gasket done locally?
Click to expand...


I don't know of anyone locally. Might want to talk with Justin over at RedLine too. All the good leads I know of are up in Denver.

talk to Jeff down here in Pueblo...I'm sure he'd be reasonable with you and he knows cruisers well

How important do you guys think it is to get a specialist vs a good local shop?
vs doing it yourself?
Watched some of this video last night

I know there is a MUD DVD for sale from someone. If you wanted to do it yourself, between the DVD and all the threads I am sure you could handle it. Don't recall how long it was taking people to complete it. Personally, I wouldn't take it to a shop w/o specific experience.

I think your biggest challenge will be is knowing when to stop with "while I'm in here..."

Yea, I'm sure I can do it. Question is if I want to ... or possibly go a different direction.


All of that's on the table except the complete rebuild. I'm not going to put that much work into it and still come out the other side with 1FZ range & performance.

Talked to Pacific Fabrication earlier today to get the lay of the land. I think they've talked me out of a Gen IV/6L80 due to complications with integrating/programming the trans and reliability with the VVT & AFM systems. So maybe a Gen III/4L80.

But that's just research - I'm in way over my head with this stuff. Haven't decided anything yet.

Wait, I think some bonehead here had that idea once....lol

Wait, I think some bonehead here had that idea once....lol
Click to expand...


Intriguing ... know where I could find a good low mileage one for a fair price? With an intact valve train?
You must log in or register to reply here.