Por15, rust bullet, zero rust, what is everyone using these days? (1 Viewer)

Hey there long time since I've been active on the forum.
Got some rust in the area where the bottom of the windshield sits. Normally I just clean off the rust, prime and paint but because of a seam in this area I won't be able to get all the rust. So I was thinking of using one of the specialty coatings that supposedly bonds to rust.
Back in the day POR15 was what everyone seemed to use. Did a search and didn't see much mention in the last couple years.
What's the latest and greatest ladies?
M

I did sort of an unintentional test.

The bell I sprayed with Eastwoods Encaspulator brand that I had left over from my FJ45 work. The Steel iIcoated with POR -15. Both were dome three years ago.

Not a sign of rust on either, both had good coverage. Three years, and all looks good

At that time I remember Eastwoods product being much cheaper than the POR 15. But I just ordered some more of Eastwood, and it has gotten much more expensive.

The Eastwood I recently ordered didn't state that you could thin it. I did anyway, and sprayed a raw steel metal floor of a small trailer about 2 months ago, so far no rust, and it has rained allot lately I dont know if POR 15 can be thinned or not

If it matters, the POR 15 was hard to clean up after, and very hard on the nose. Eastwood seemed to clean up a little easier, still very strong in fumes

I've been using various combinations of Eastwoods products - Rust Converter for places I can't reach with a wire wheel, rust encapsulator over any rust that can't be fully removed, and then chassis black primer on raw metal. Then, coating the whole thing with Chassis black. It lays down nice. I have run into some adhesion issues with chassis black, but I think that is because I waited too long to apply a second coat, in some cases.

Been using Rust Bullet with good results; no experience with the other products.

Loved Chassis Saver on my project

Yeah, Chassis Saver worked well in my old 40 and was very affordable compared to the other alternatives.

I used por15 on my frame and after I was done I found out about a product called ZINGA, it has a 96% or so zinc content. I used it on my service truck sides and on my BJ 42 front differential and then top coated the diff with por15. ZINGA is incredibly durable but also stupid expensive, $250 can. For a gallon here in the great white north but I have heard really good things about it.

I was going to become a supplier but the cost is far too prohibitive and the importer is out to lunch on pricing and minimum quantity purchases. I did a post about it here, just search ZINGA

Hadn't seen any pics so here's a few shots of my frame coated with rust bullet. I was going to paint over the rust bullet with chassis coat black but I really got to liken the silver look of the chassis. Another side benefit is if I do have rust in the future and it starts bleeding ill be able to see it and catch it quickly. It's been hard for me to see how bad rust is when the frame is black. Goes on ok, did the poor mans frame resto on the truck with a harbor freight paint brush.

Chose rust bullet based on cost, prep time and relative durability I found. I think POR is a little more durable, but not worth the prep and money for me. Enjoy! 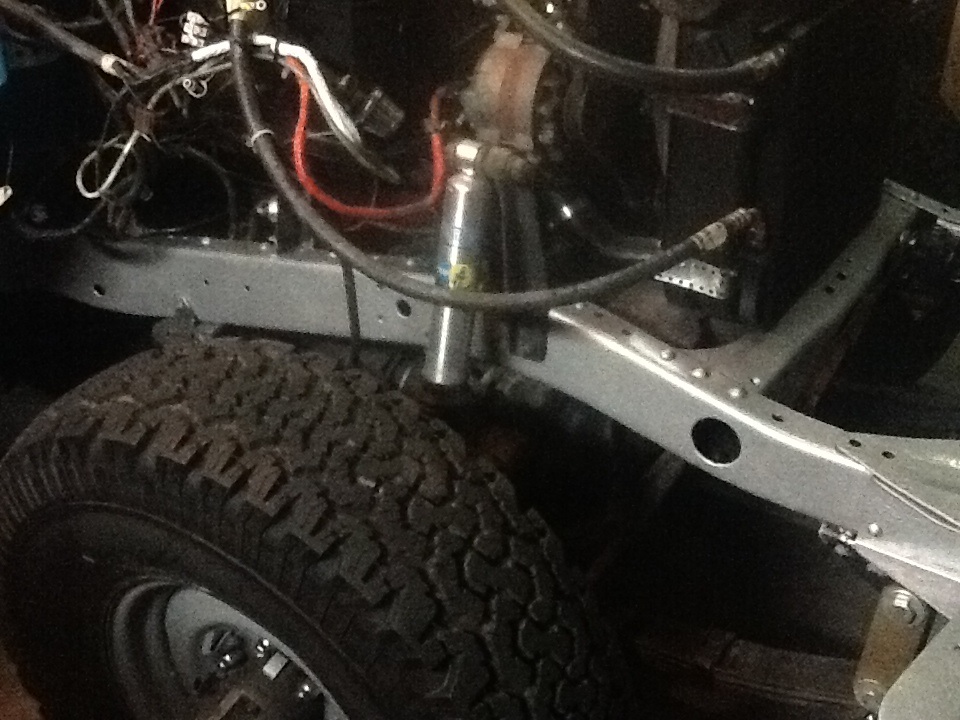 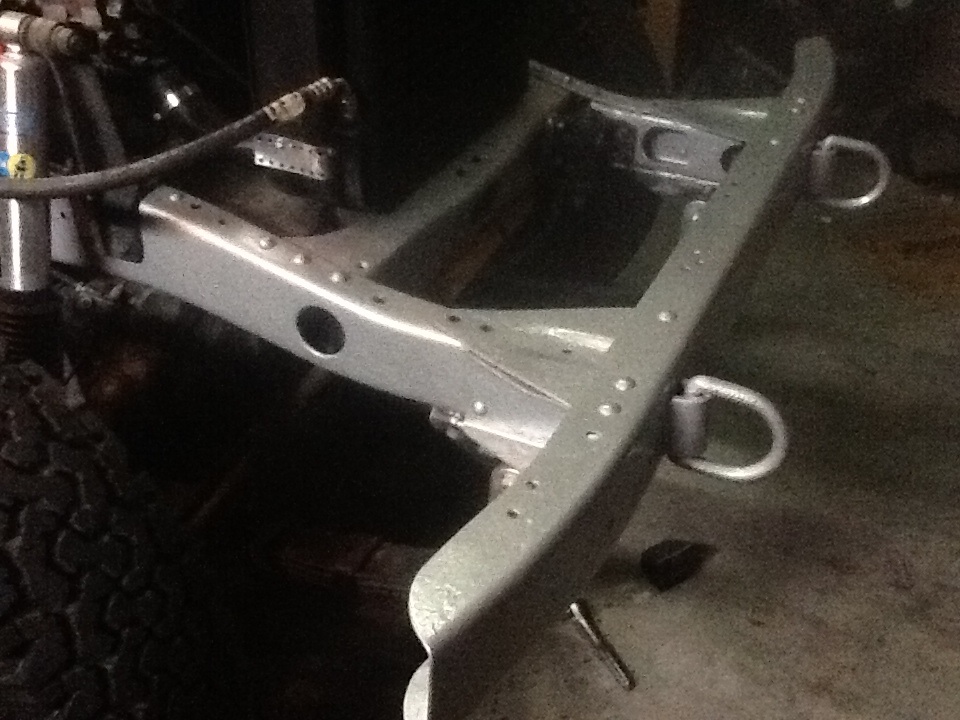 i use rust mort and fence post paint made to paint over rusty fences .60.00 a gallon .

I used Rust Bullet. Really good in my opinion and I have used POR before. I liked RB better and their customer service is top notch. I screwed up and they sent me another qt for free because they wanted me to have good results with their product. Here are a couple of pics of the frame with RB and black top coat. 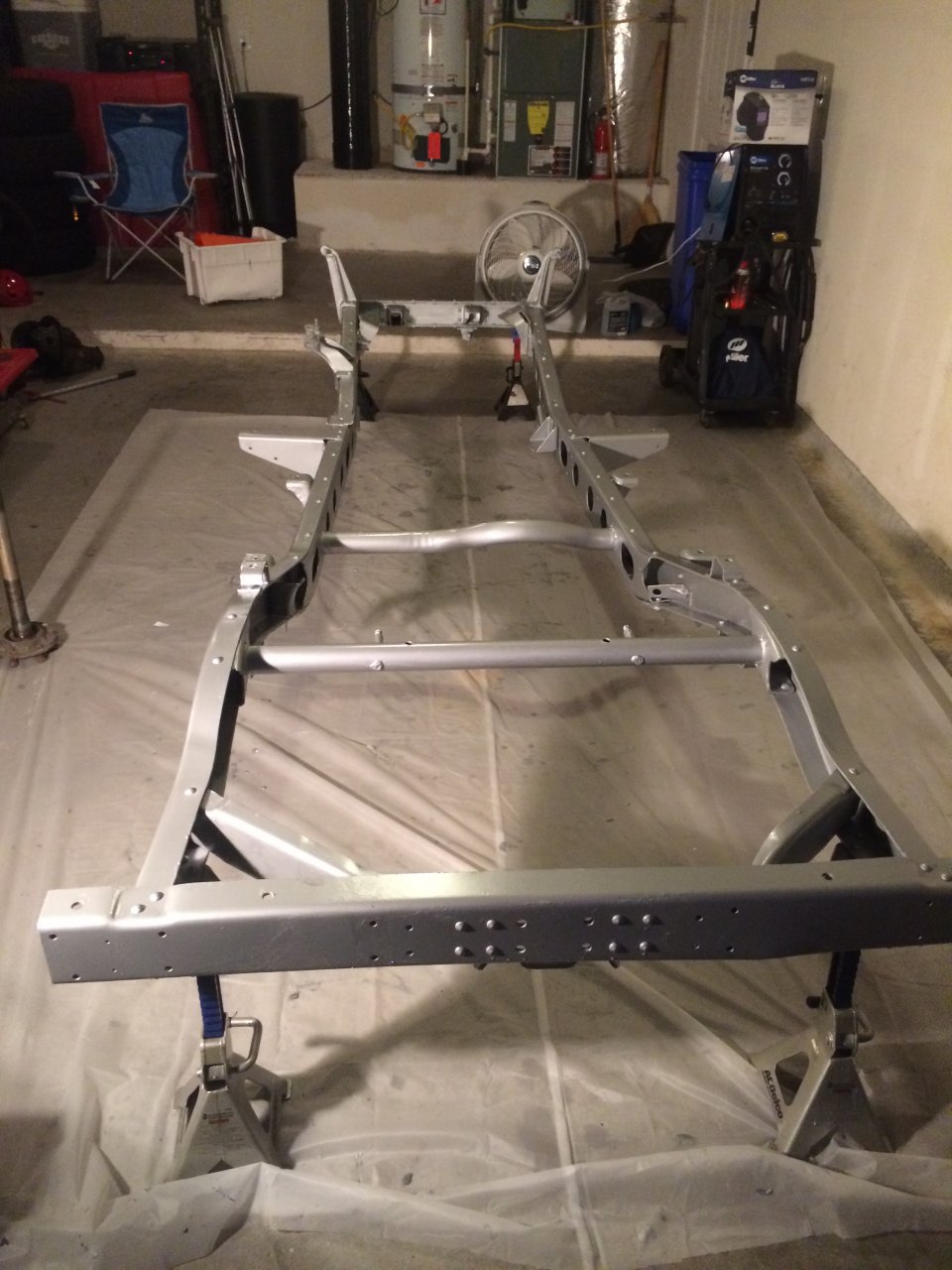 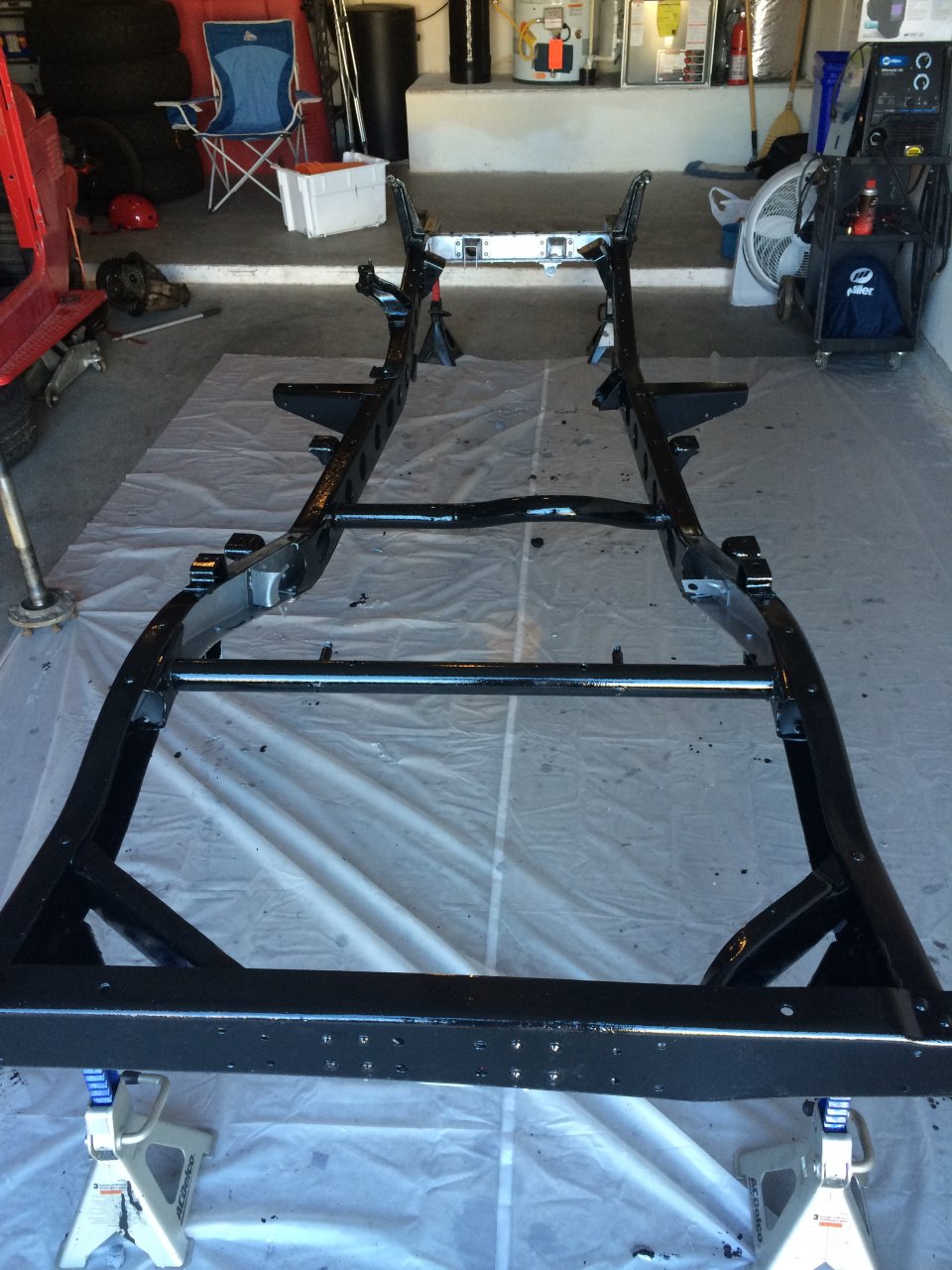 I did my FJ75 frame with Por15 and their black chassis coat 4-5 years ago, really happy with its durability I'm sure the coating will last longer than the truck , the chassis coat has faded over time and lost its gloss but it hasn't lost its durability, we don't have rust bullet or zero rust out here so cant make a comparison
You must log in or register to reply here.

product review and use impressions por15 vs rust bullet
2 3

How I spent my summer
2