So here’s my Designated Drunk Spot at Guernsey State Park. It’s easy to back into and the trailer’s level enough to deal with without no fuss. 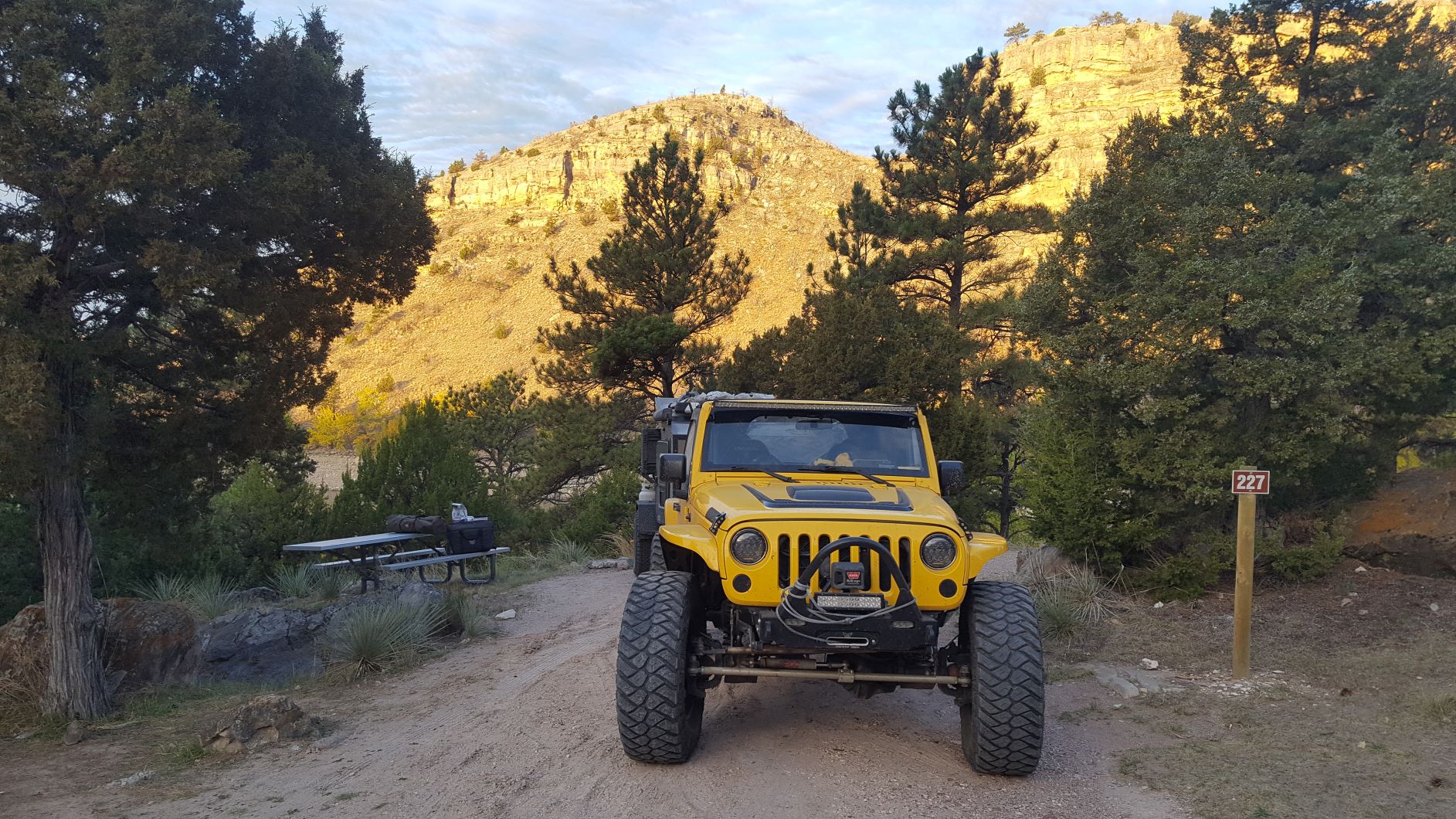 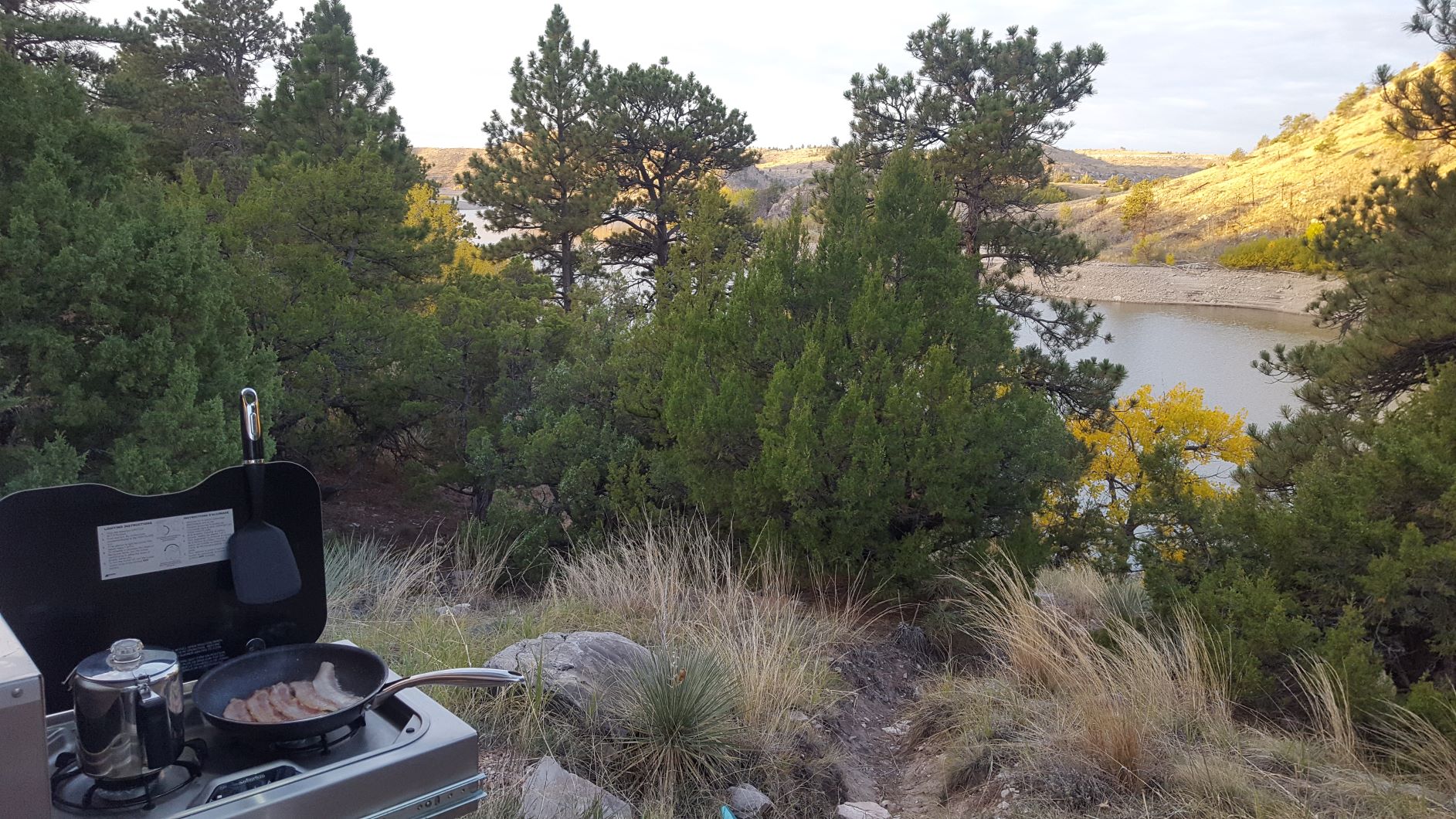 Added a quart of oil and off I went to Cheyenne. I’ve done made the trip in reverse a whole buncha times … and it takes all day. But goin’ this direction in the mornin’ when the 8 bars are closed it only took 2 hours. Go figure.

So met Bob at the TNT shop to go over all the items on the work list since he won’t actu’ly be there Monday mornin’ when I drop the f***er off. Then went to the laundromat to do my laundry. And then hit the Outlaw Saloon. Those of you that followed the build over on JKO will remember this bar. Lots of pics there ev’ry step of the build when it was drivable. 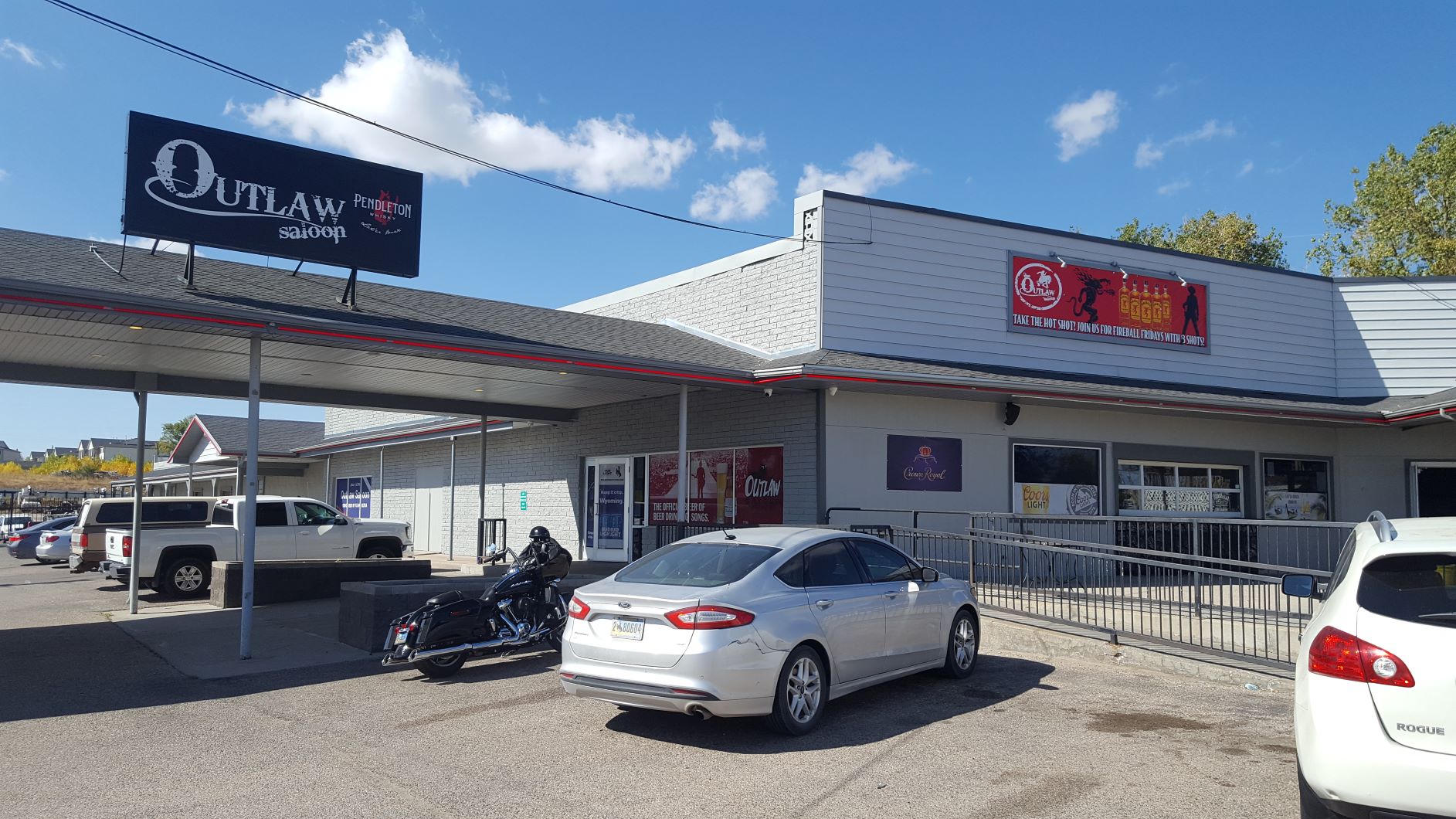 Filled up with gas and stocked up on beer and headed outta town.

Right to the Eagle’s Nest. 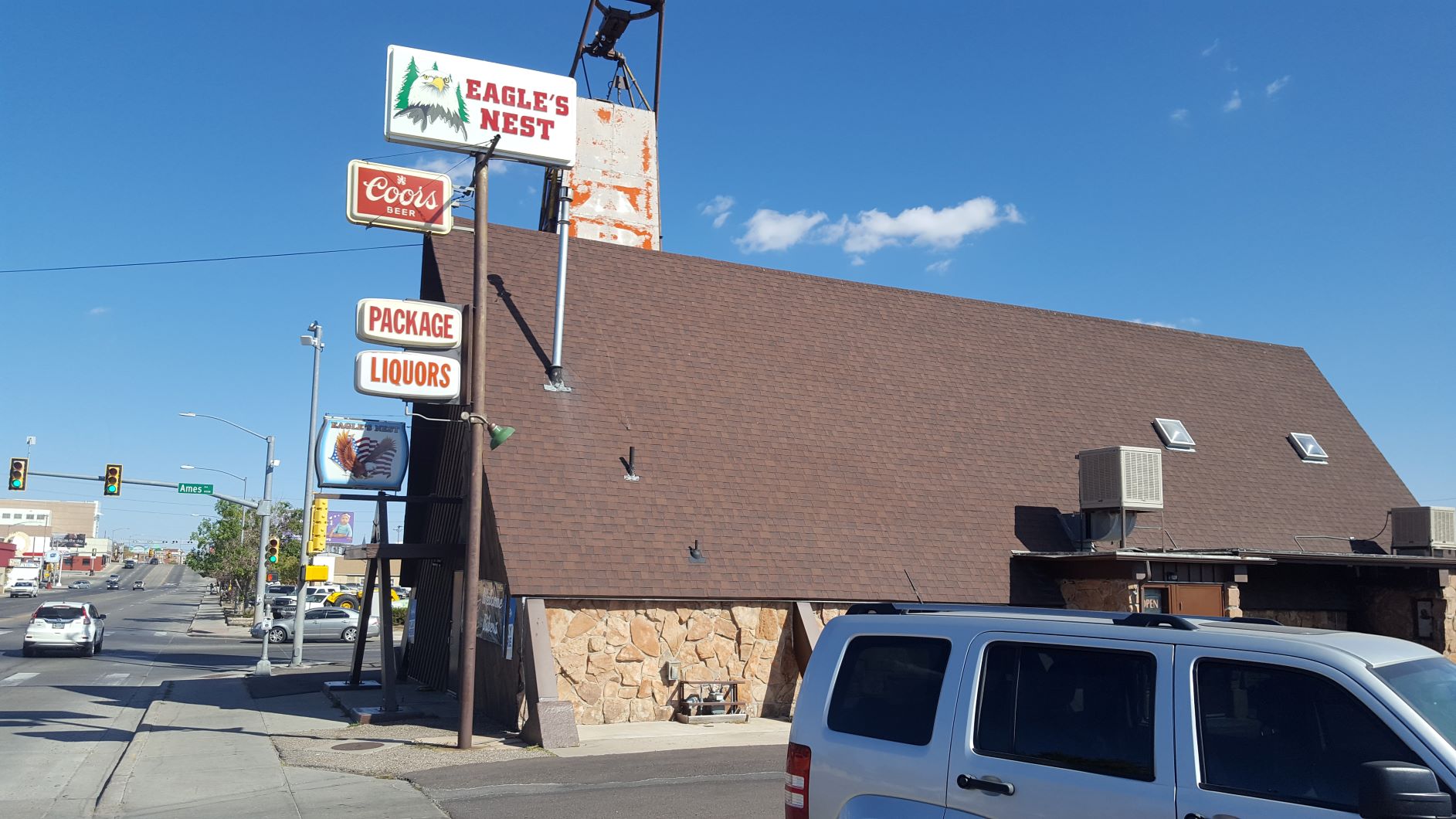 This ain’t no bar for amateurs. Crowd tends to be a bit rough and they don’t like strangers. Ain’t never went in there unarmed. Hate to be the only one that is. Drank me a 6 pack and it was good to be back.

And outta town I went. Right past one of the houses I rented for a coupla years. They sure built a helluva lot of new windmills since I lived here.

And then outta the blue, the stereo just started blarin’. Scared the s*** outta me … but it’s all good!

Ain’t sure if’n it was the beer … or the tunes blarin’ again … or maybe just a salute to the big racin’ engine. A last hoorah for what might end up bein’ it’s last trip ...

But I ain’t never towed a trailer at a hun'erd mph on pavement … until now. And it was badass. Lil’ trailer just followed right behind me. Just like a good lil’ trailer should.

And that brought me to the Bunkhouse Bar & Grill. 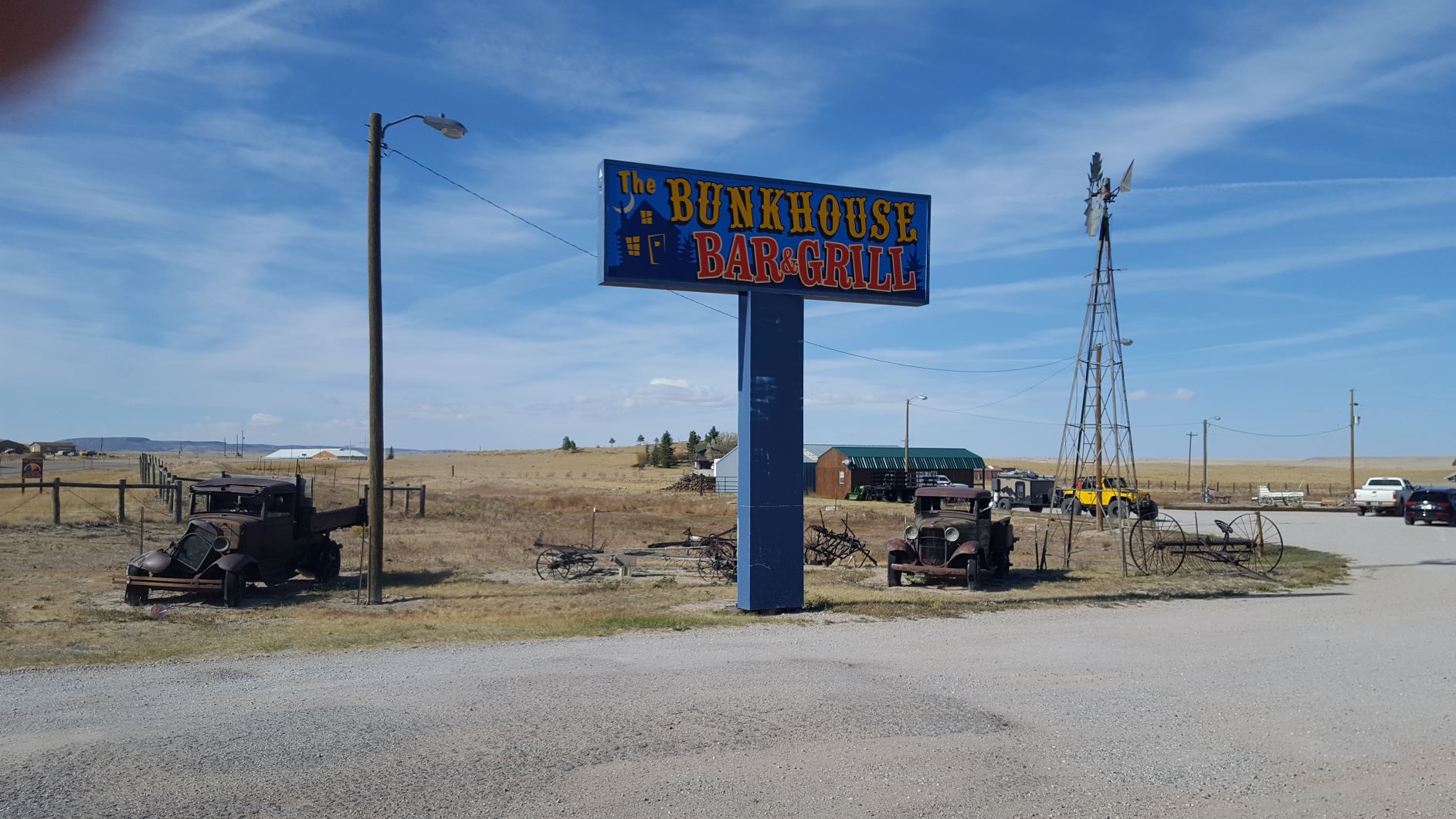 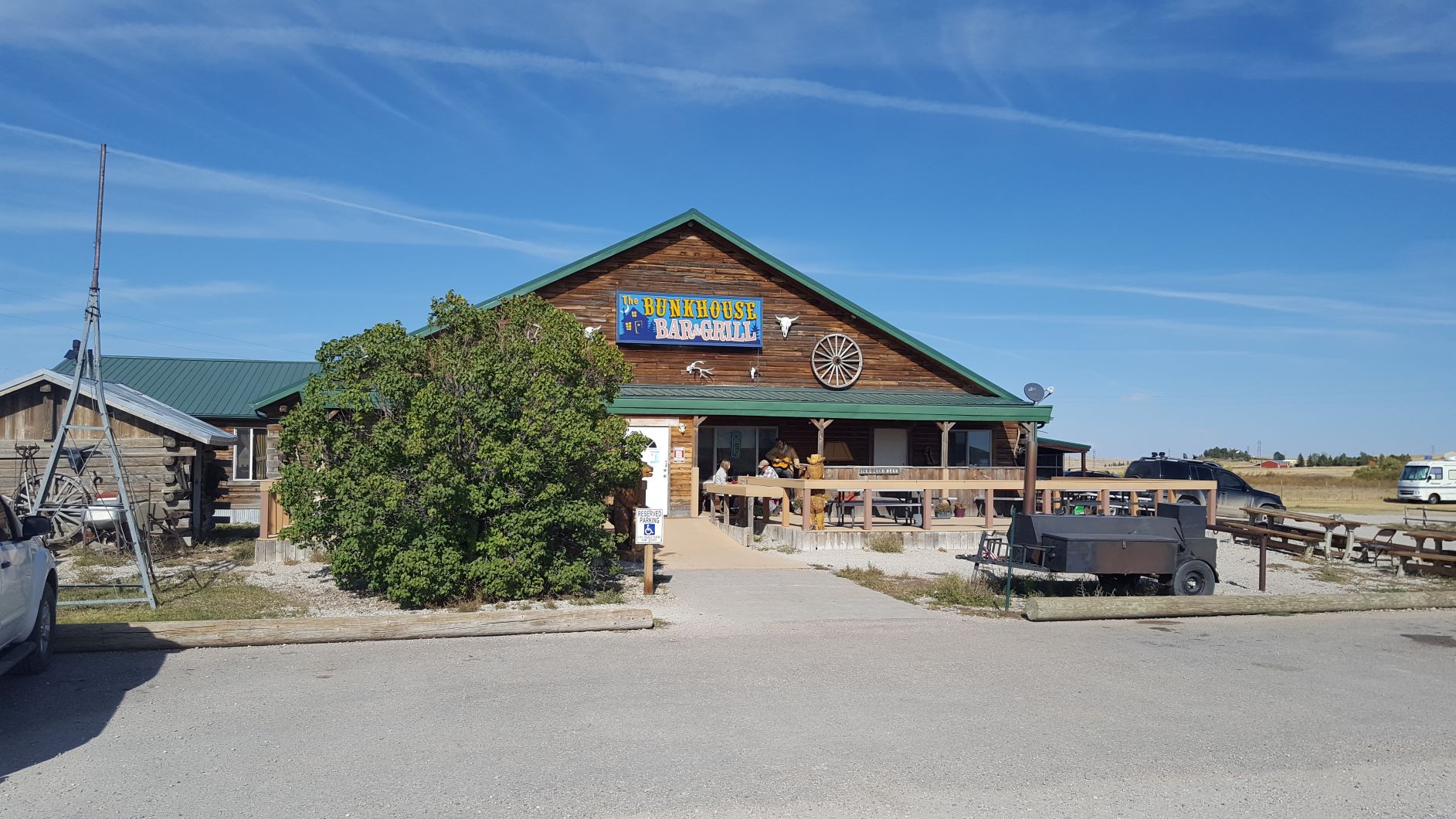 Which can be touch and go. If’n all the local ranchers are in, then it’s good stuff. If’n the tourists are there, then it sucks. I hate f***in’ tourists.

And it was slammed packed with ‘em. Come up from Colorado mainly. Colorado is nothin’ but Wyomin’s Mexico.

Anyways … one and done at the Bunkhouse due to the tourists.

Cool thang tho is just a coupla hun’erd yards up the road, a fella can turn on dirt.

I ain’t never towed a trailer at 70 mph on dirt … until now. And it was REAL badass. Lil’ trailer just followed right behind me. Just like a good lil’ trailer should.

Cut thru Curt Gowdy State Park and was surprised how many campers were there. And all the new campsites and lil’ campin’ cabins.

Then a short distance on pavement into the Medicine Bow National Forest.

I know these roads by heart from when I lived 5 years in Cheyenne. It was good to be back on the mountain. 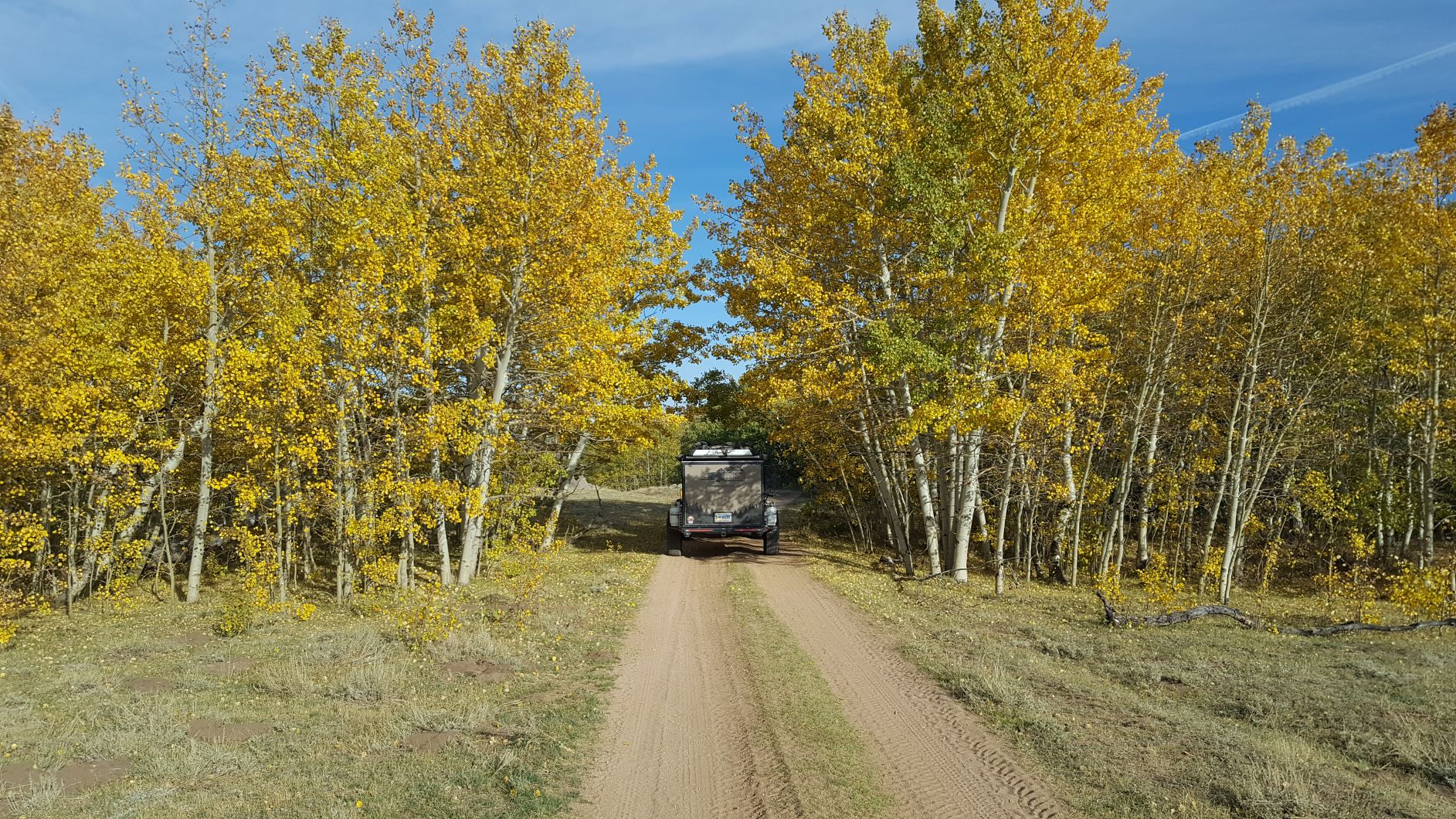 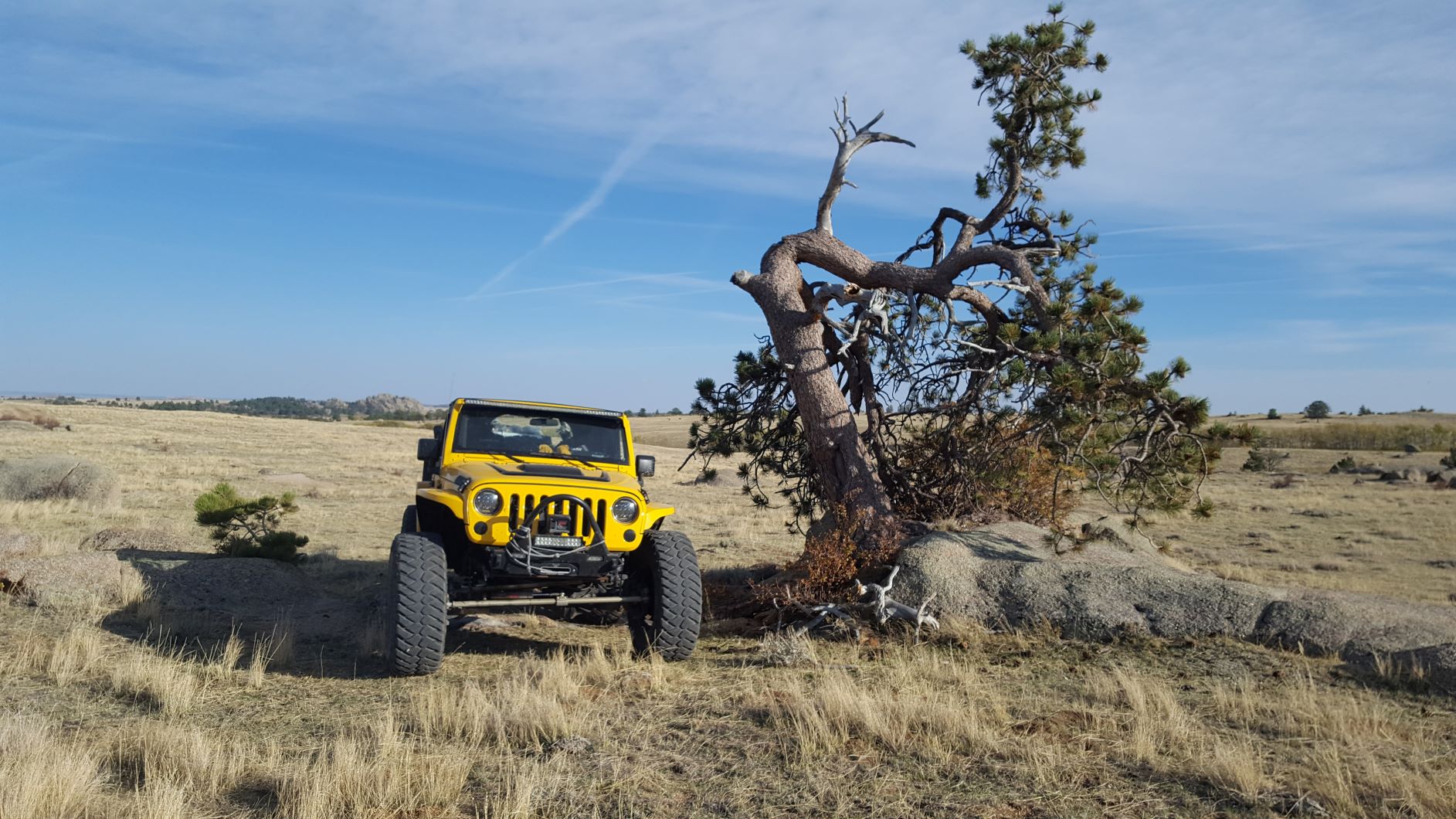 But obviously our communist, cock-suckin’, friends at the National Forest Service been busy since I was here.

Headed right to one of my favorite campsites. 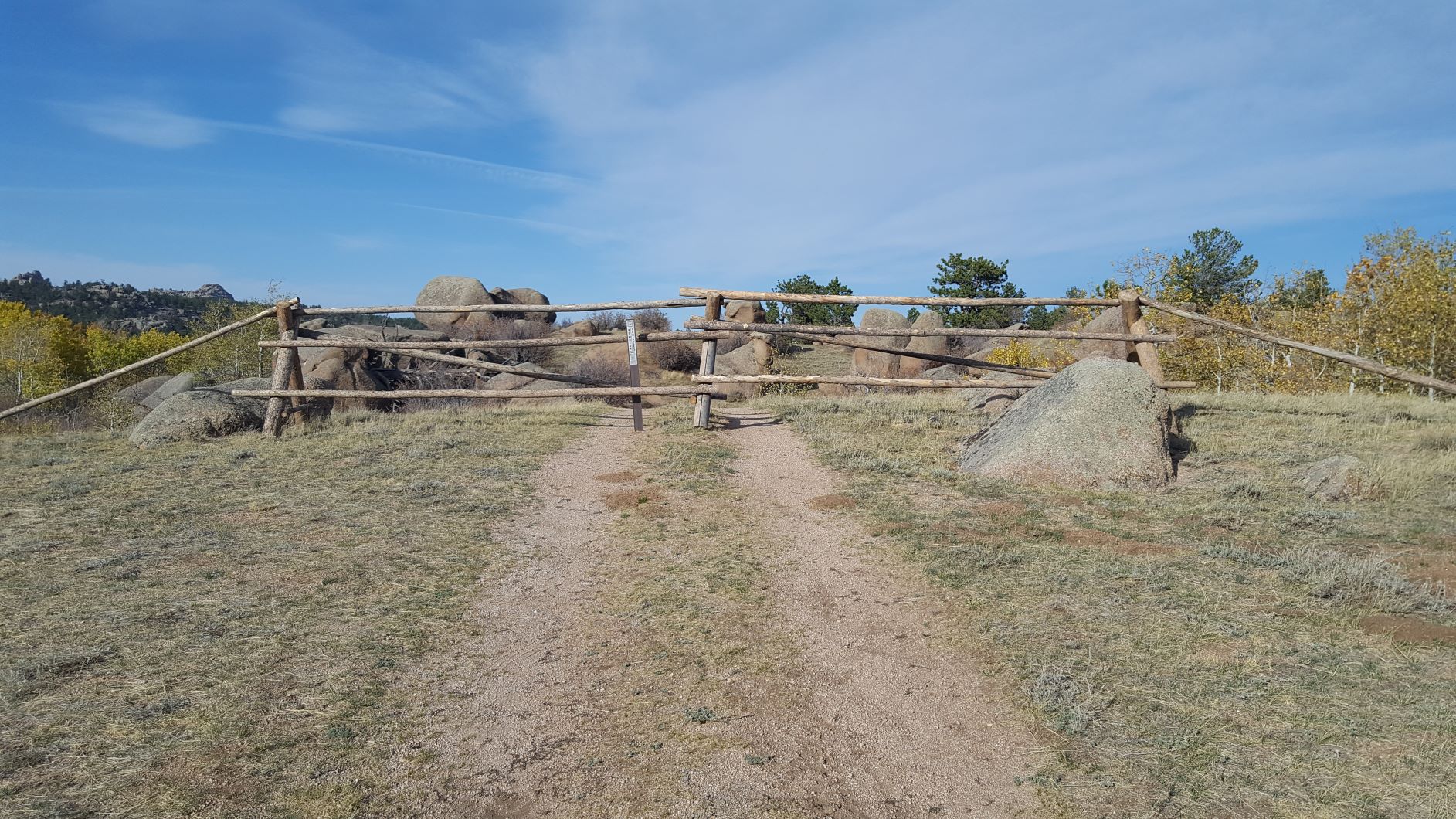 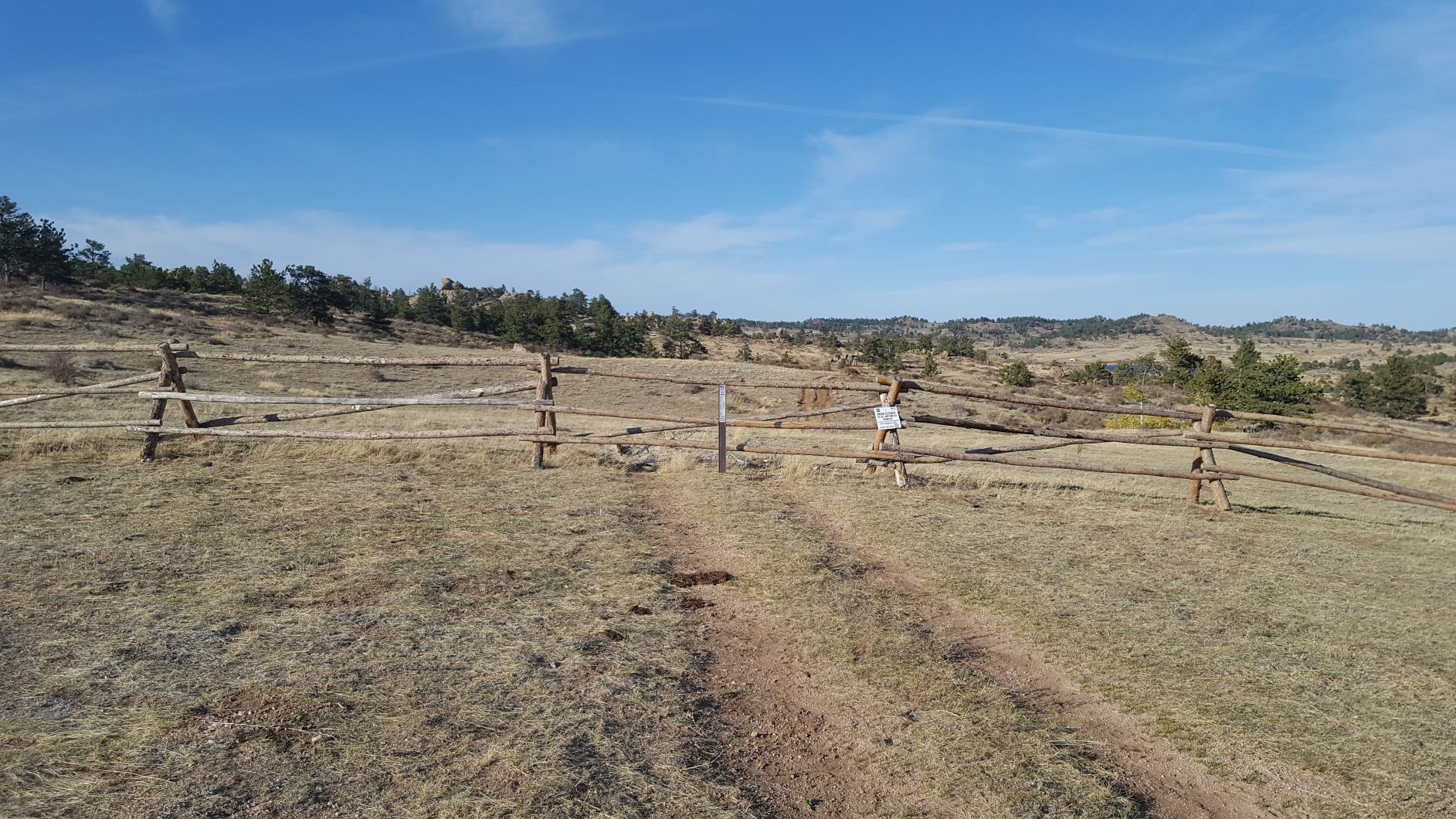 But 3rd times a charm. 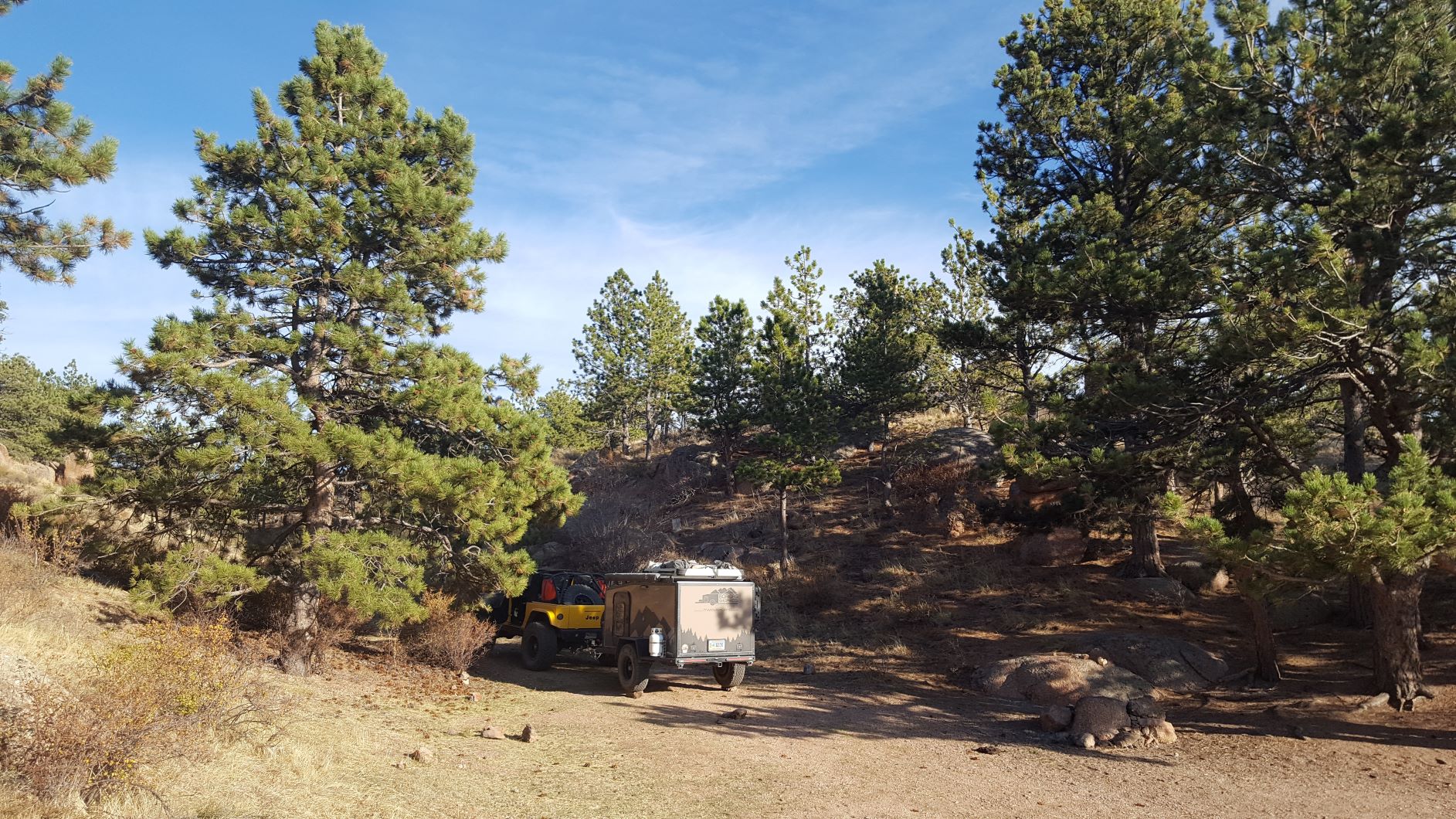 With the tunes workin’ again and no wind, commenced to seriously drinkin' beer well into the night.

People say I gotta drinkin’ problem … but I ain’t got no problem drinkin’ at all.

Is this a never-ending trip?? Or do you have to be back in Florida at some point?

Texican said:
Is this a never-ending trip?? Or do you have to be back in Florida at some point?
Click to expand...


Unfortunately sir … the end is near.


Woke up to a right pretty mornin’ at camp. Can just see some smoke on the horizon. 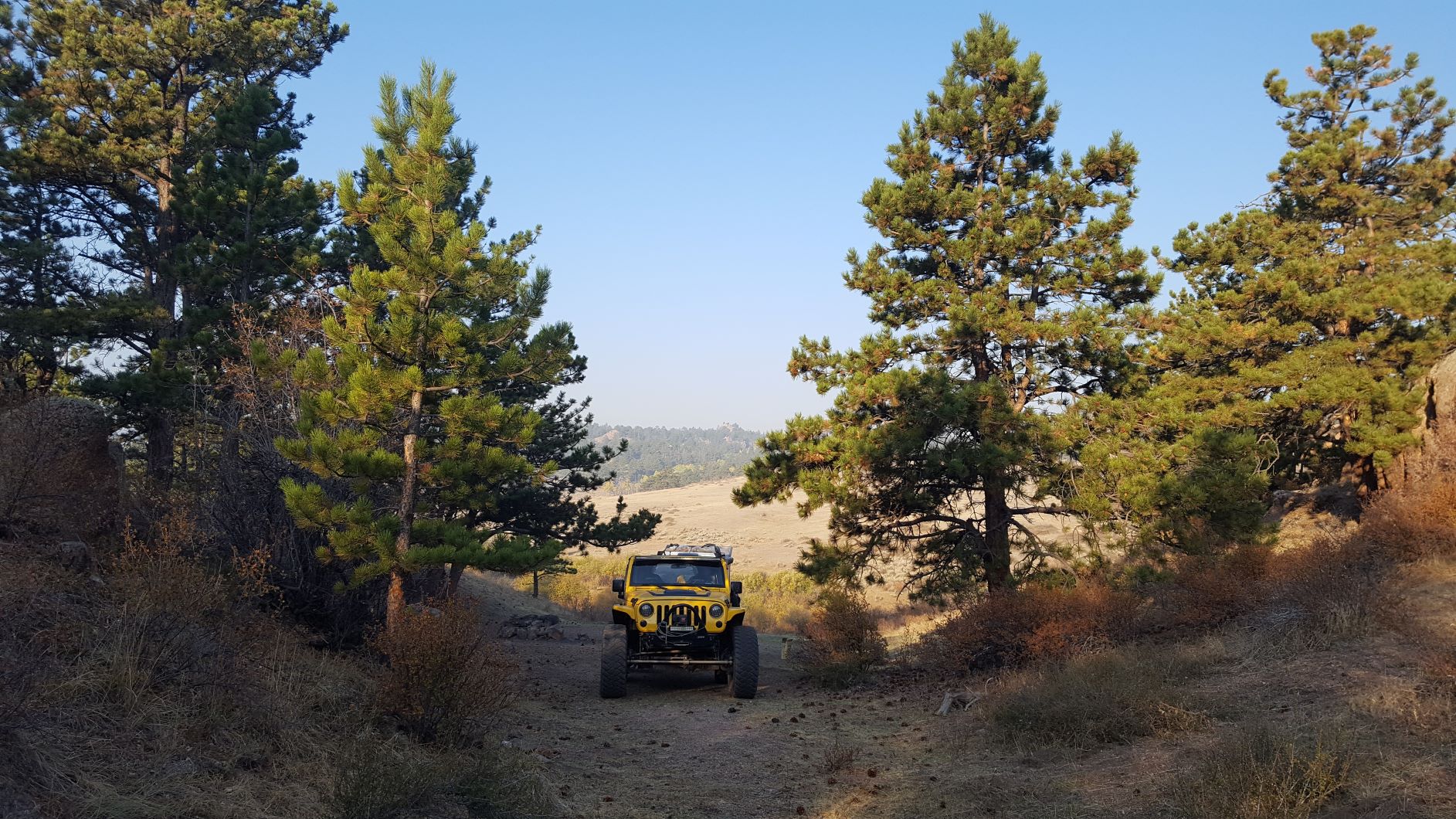 Added ½ quart of oil and just started runnin’ the roads. Been a good while since I’ve done that. And it was good. Peaceful and calmin’ just to ease ‘round drinkin’ beer and listenin’ to the tunes. And the tight, twisty trails was some good seat time gettin’ used to where the trailer tires end up at any particular time. Just got lost in my lil’ world and didn’t even take no pics.

Until I chose my last camp spot for the trip … 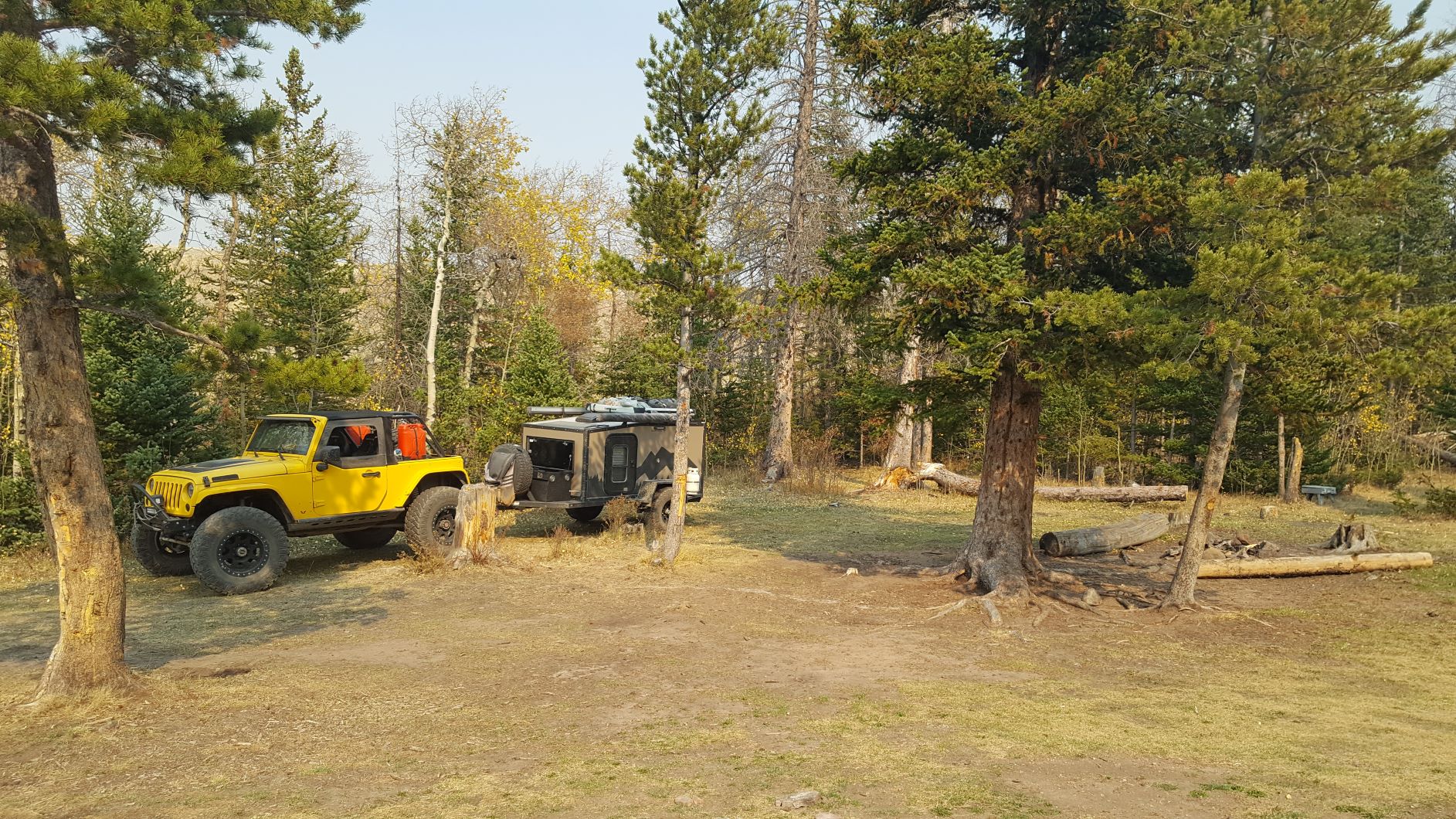 Bout an hour or so later, winds shifted and brought in a f***in’ mess of heavy fire smoke and ash fallin’. Bummer. Holed up in the trailer and realized I had cell service so streamed a great ol’ western movie named ‘Smoke Signal’. Good s***. I do luv my ol’ westerns.


Big, BIG day today. Woke up to some light smoke and hit the road quick. Gotta get to town. Lots of s*** to take care of. Coupla hours into Cheyenne and went right to my lil’ storage unit. Filled with my awesome collection of Original Coors stuff I’ve collected over the years. Someday I’ll have a shop again to put it all on display. Anyways … I emptied all the s*** outta of the jeep and from the outside of the trailer and added ‘em to the storage unit.

Went to my bank to get some paperwork and money orders for the new SD vehicle registration process. Got ev’rythang sent off to Americas Mailbox so they can fetch my new tags for me.

Went to the carwash and washed off most of the dust and cows*** off the rig.

Dropped off the lil’ trailer at TNT’s manufacturin’ buildin’ for storage. 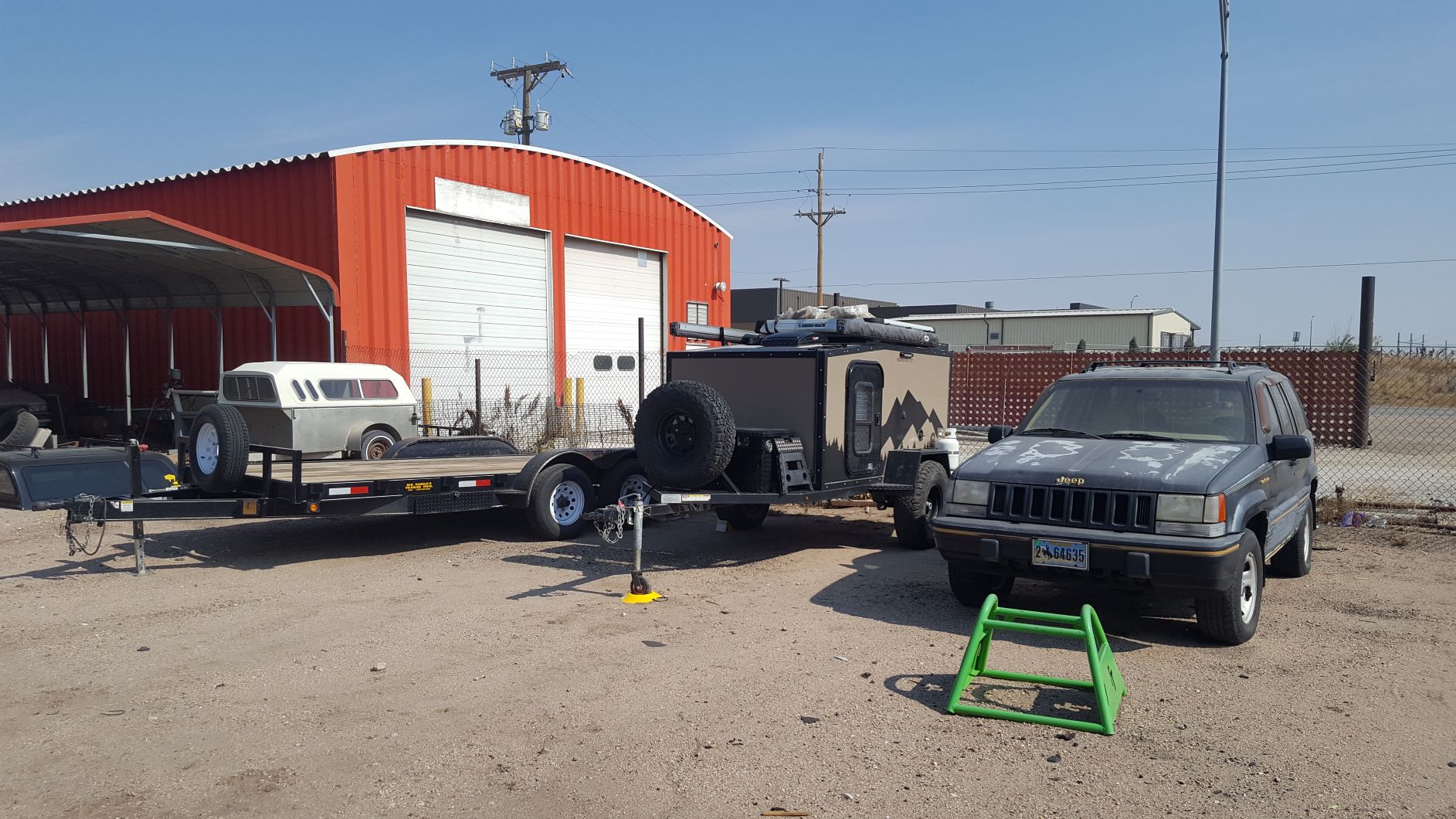 Dropped off the jeep at TNT for a laundry list of small s*** and either the engine repair or replacement. 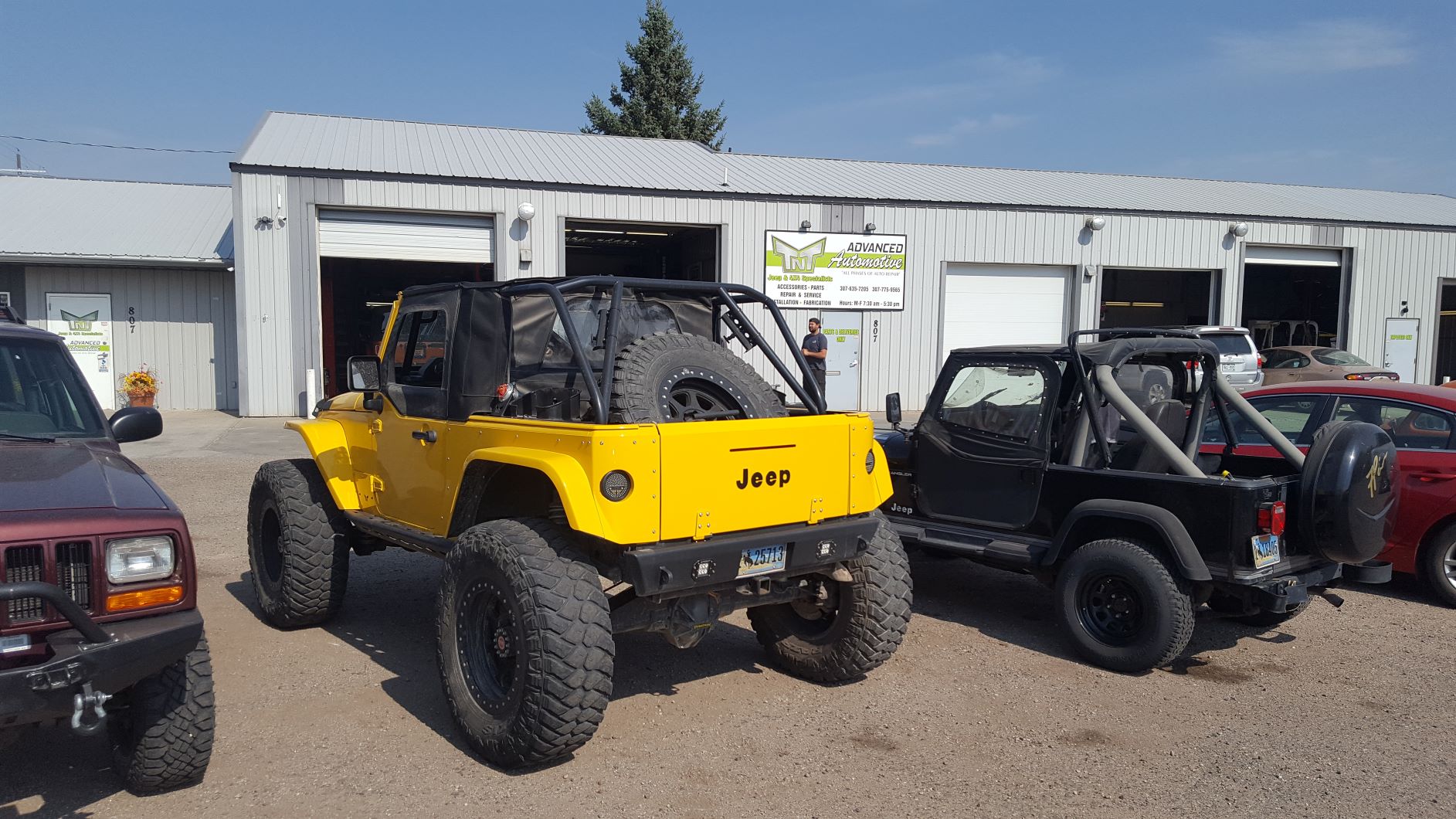 Prime Directive #1: No interstate highways. FAIL. Forced to take 5.5 miles of I-80 from Laramie, WY to the top of the pass.

Goal #3: Drop off jeep for repairs at TNT Customs. WIN.

Which now brings us to Phase 2 of the trip …

Gotta rent me a car and drive ‘bout 1800 miles back to Jacksonville, FL. Hated flyin’ even before the flu bug bulls*** and ain’t gonna mess with it now for damned sure.

But need to finish the trip strong. Somethin’ lil’ dif’rent to make it worthwhile.

I bet I can beat that. In real time … start to finish.

And I’m gonna try to do it topless.

So rent the car and jam all my clothes and s*** from the trailer into the lil’ piss-ant pony car. 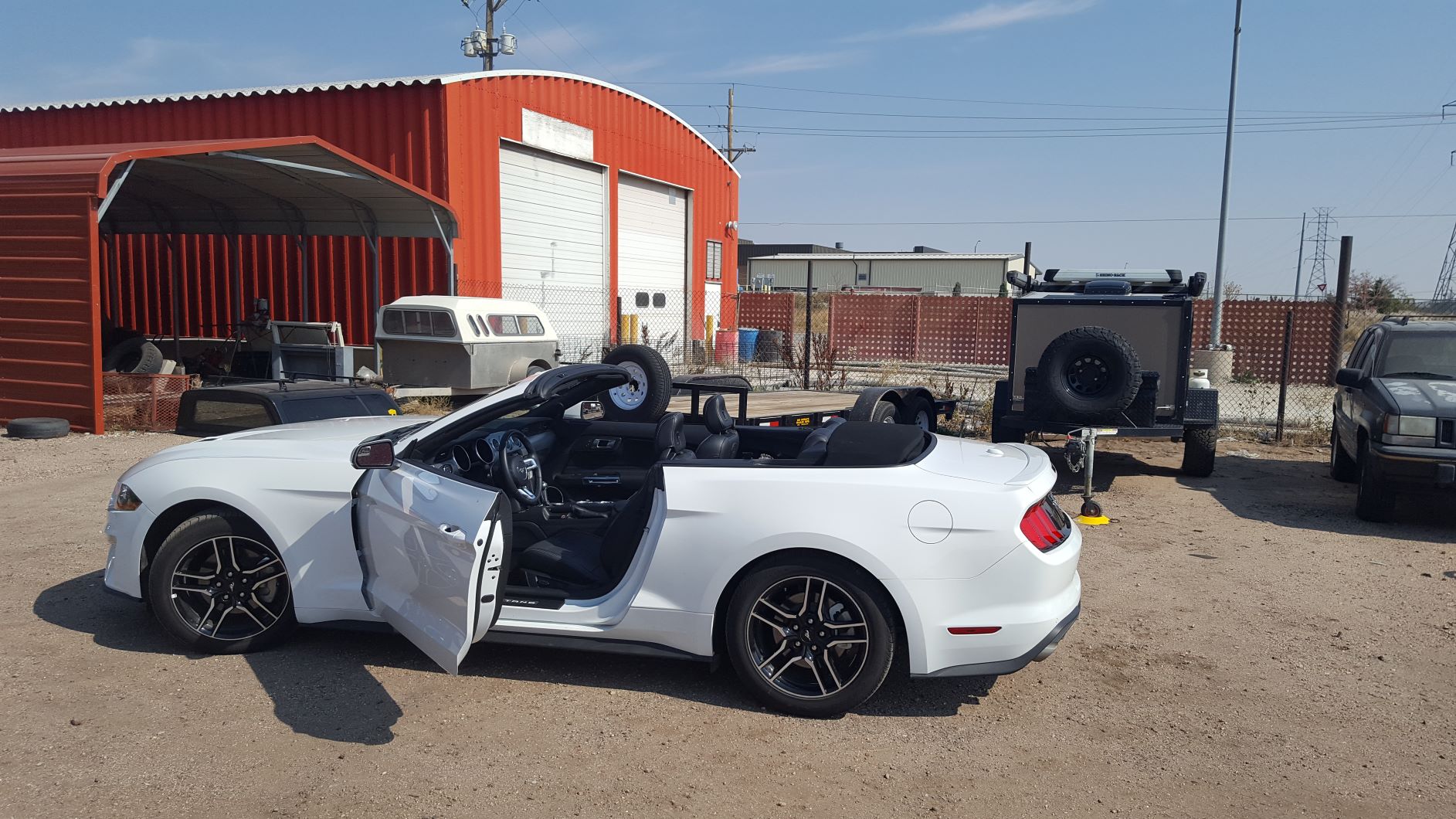 
The key to makin’ time on a long roadtrip ain’t the speedometer … it’s the f***in’ driver’s door. Just gotta leave it closed.

I was able to stretch each tank of fuel to the max and made it on only 4 stops. NASCAR style. Pump in 14 gallons of gas, run in and take a piss and haul ass. No food or water since they just make ya gotta stop extra to piss or s***. Set the cruise control on exactly 7 mph over the posted speed limit and just cruise right by all the cops with no concerns. 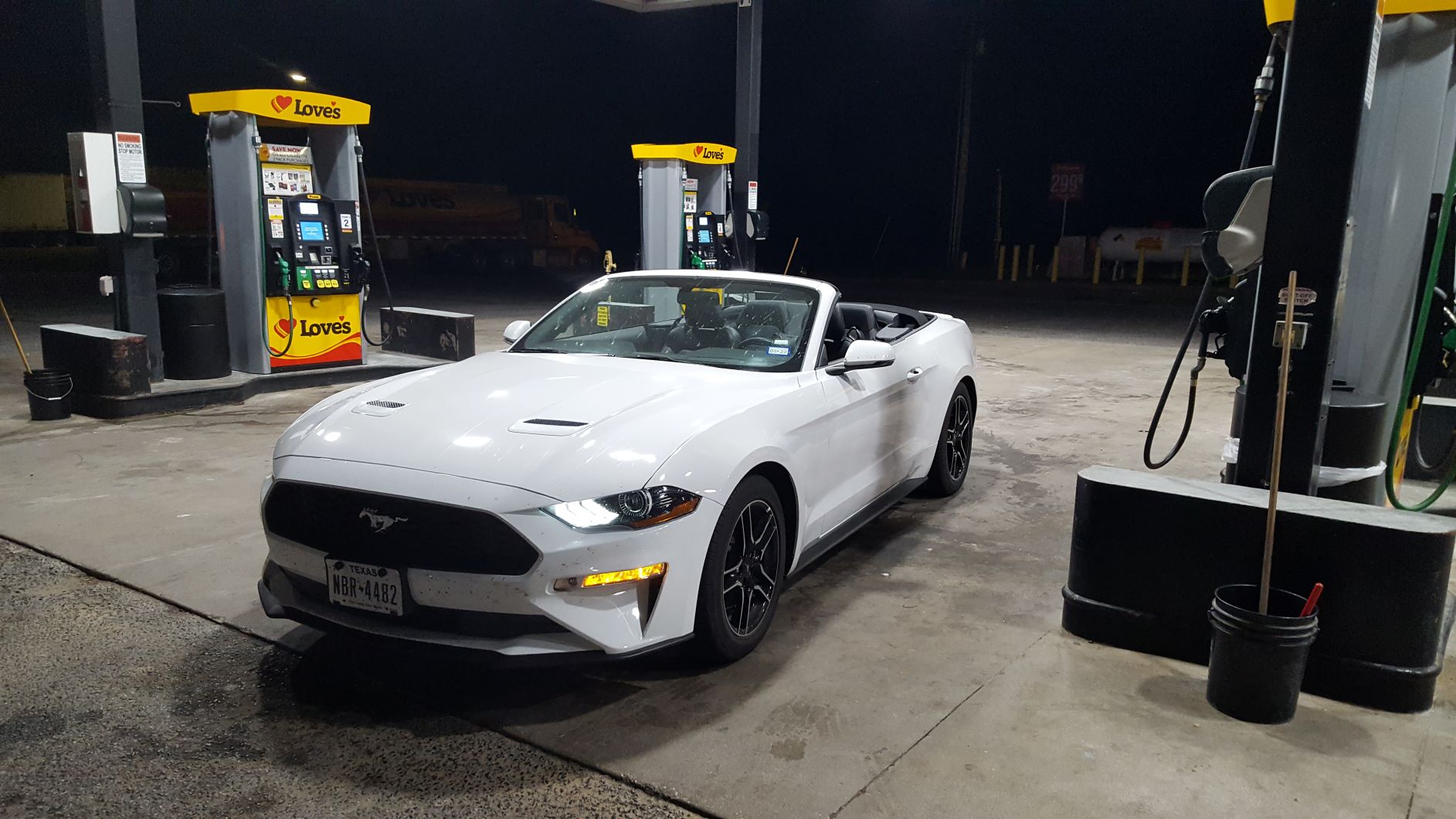 Rolled on in at the house … 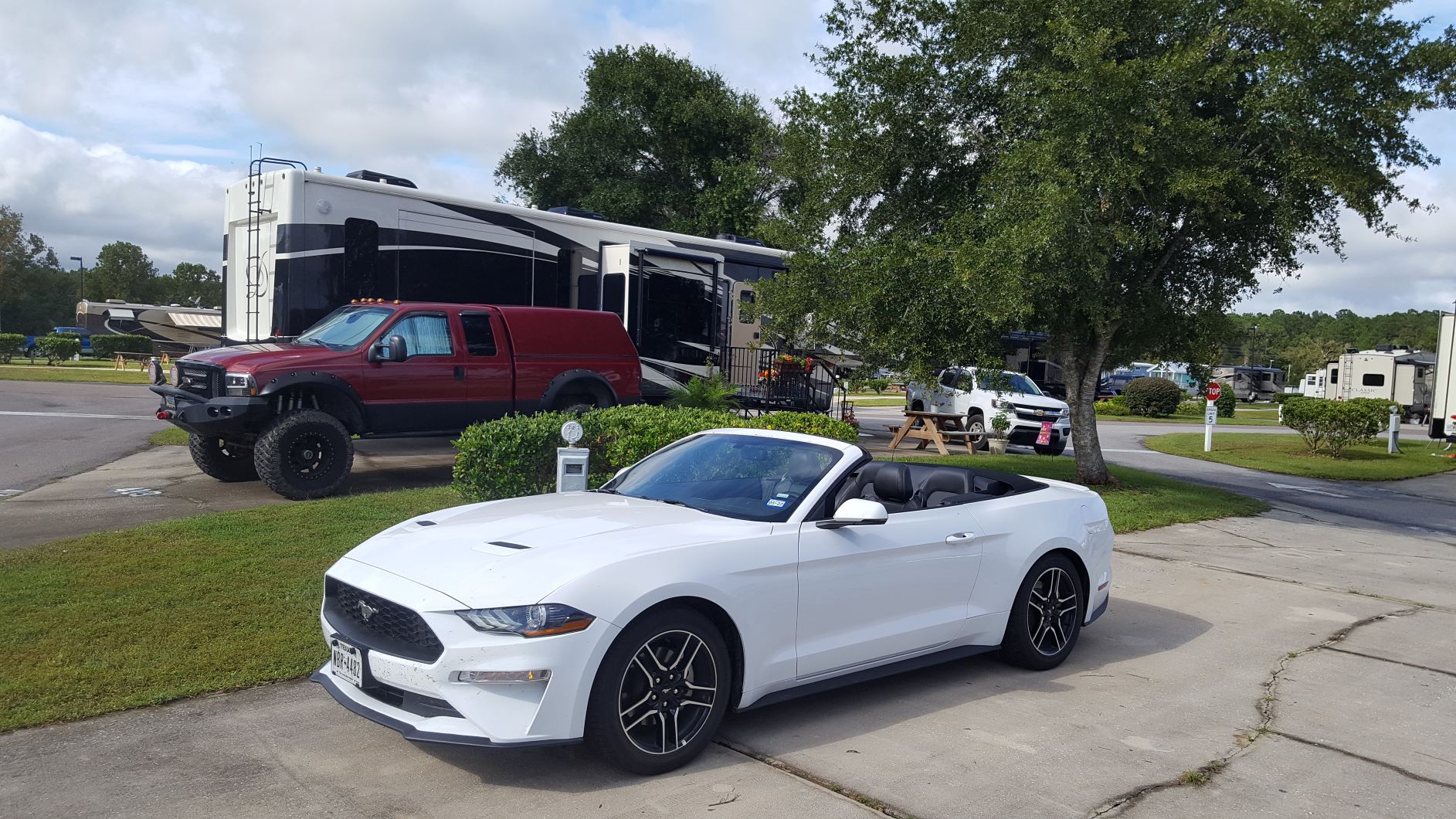 So here’s the deal …

I know damned well this here weren’t no hard-core, 4-wheelin’ adventure. Hell, I was only in 4wd a coupla days. But I don’t owe no apologies to nobody.

I gotta badass jeep and a badass trailer …and they ain’t got nothin’ to prove … and neither do I. What I needed was to get my house in order … to slay the demons in my mind.

And I needed to write about it.

Hopefully some of y’all enjoyed readin’ about it as well.

My demons are gone. My head's clear. And now it’s time to get back to work.

Nice story....
did you go back through Albama?

My son Fernando & like your story...
not necessarily "G Rated" but good story ...

Got the engine test results back yesterday … don't look good. 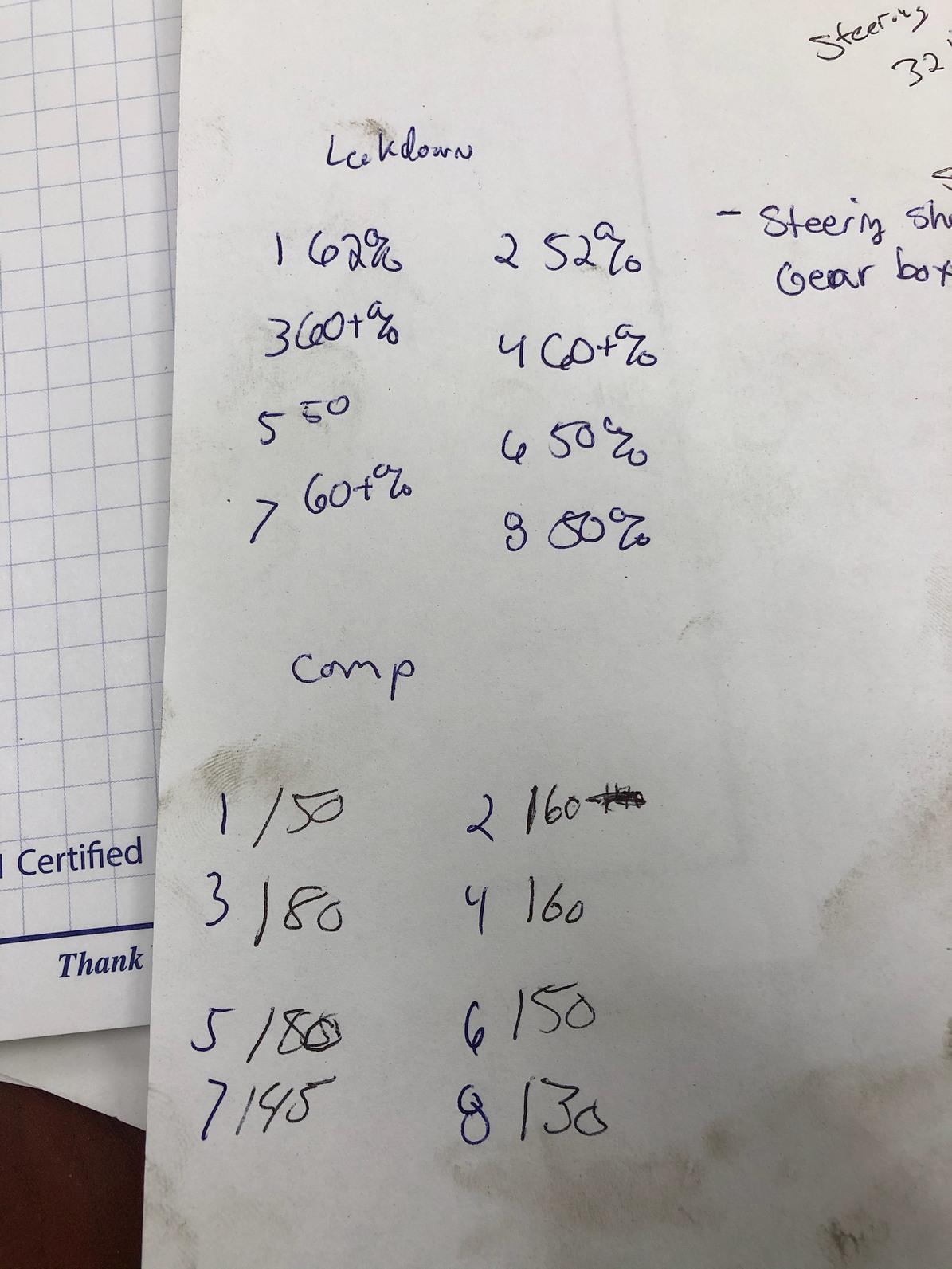 Did he say where the leakdown was happening? Valves? Rings?(I suspect rings cuz the compression isn't bad.) Those are some pretty lousy numbers, but all similar. Any idea of the cause?

We were pretty sure she was slap worn out. Been burnin' an insane amount of oil. Actually believe it to be both valves and rings at this point.

Shop's gonna tear into it but best option at the moment appears to be just droppin' in a 6.4 Hemi crate motor.

The stroker racin' engine just weren't never meant to be a in a jeep ... much less in a daily driver. Previous owner had a lotta money and the racin' engine was installed for a SEMA show.
You must log in or register to reply here.