A couple had been married 10 years. One afternoon, they were working in the garden together. As the wife was bending over pulling weeds, the husband said, ''Hey honey, you're getting fat. Your butt is huge. I'll bet it's as wide as the gas grill.''
Feeling the need to prove his point, he got out a yard stick and measured the grill, then his wife's butt. ''Yep,'' he said,'' just what I thought, just about the same size.''
The wife became incensed and left him gardening alone. She went inside the house and didn't speak to him for the rest of the day.
When they retired to bed that evening, the husband cuddled up to his wife and said, ''How about it, honey? How about a little lovemaking?''
The wife turned her back to him, giving him the cold shoulder. ''What's the matter?'' he asked.
She replied, ''You don't think I'm going to fire up this big ass grill for one little weenie, do you?'' 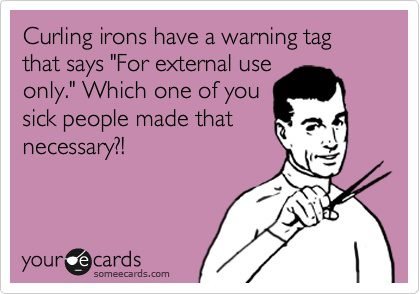 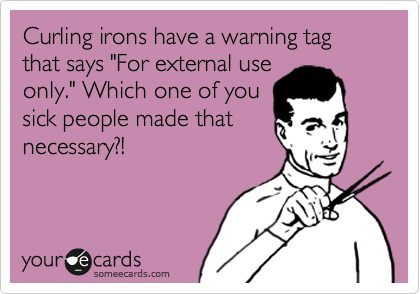 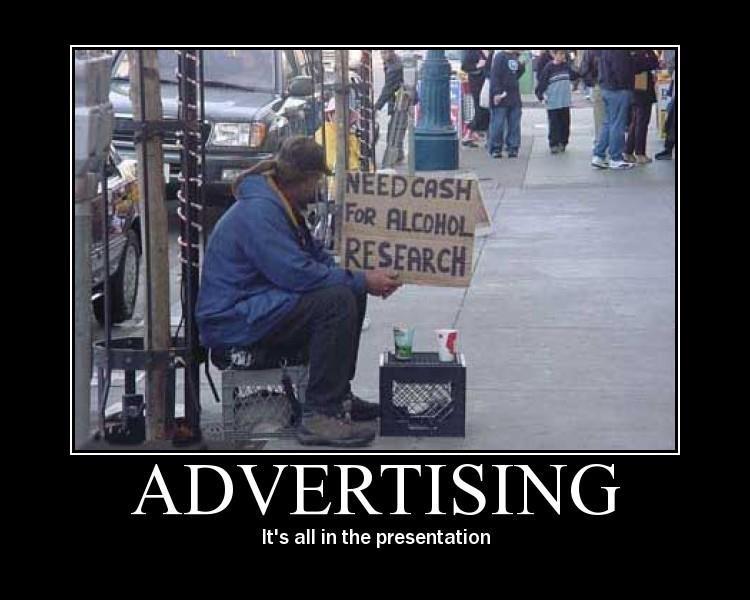 not sure if this has been posted


A man is driving down a deserted highway, and notices a sign that reads:
SISTERS OF MERCY HOUSE OF PROSTITUTION - 10 MILES.

He thinks it was a figment of his imagination and drives on. Soon, he sees another sign which says:
SISTERS OF MERCY HOUSE OF PROSTITUTION - 5 MILES.

Realizing these signs are for real, he drives on, and sure enough, there is a third:
SISTERS OF MERCY HOUSE OF PROSTITUTION - NEXT RIGHT.

His curiosity gets the best of him, and he pulls into the driveway. On the far side of the parking lot, is a somber stone building with a sign on the door that reads:
SISTERS OF MERCY.

He climbs the steps, rings the bell, and a nun answers the door in a long black habit, who asks "What may we do for you, my son?"

"I saw your signs along the highway, and was interested in possibly doing some business," he answers.

"Very well, my son. Please follow me," says the nun.

He is led through many winding passages, and soon he is very disoriented. The nun stops at a closed door and tells the man, "Please, knock on this door" and leaves. The man does as he is told, and this door is opened by another nun in a long black habit, holding a tin cup. This nun instructs "Please place $50.00 in the cup, then go through the large wooden door at the end of this hallway." He places the money in this nuns tin cup. He trots eagerly down the hallway, and slips through the door, pulling it shut.

As the door locks behind him, he finds himself back in the parking lot, facing another small sign: "Go In Peace. You have just been screwed by the Sisters Of Mercy."

This fella's my hero. 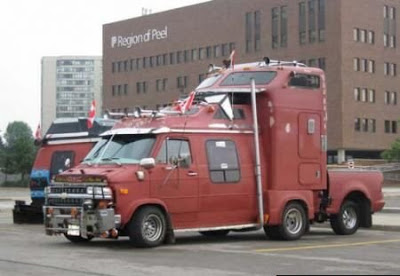 I was at the bar the other night and overheard three very hefty women talking at the bar.


Their accent appeared to be Scottish, so I approached and asked, "Hello, are you three lassies from Scotland?"


One of them angrily screeched, "It's Wales, Wales you bloody idiot!"


So I apologized and replied, "I am so sorry. Are you three whales from Scotland?"


And that's the last thing I remember… 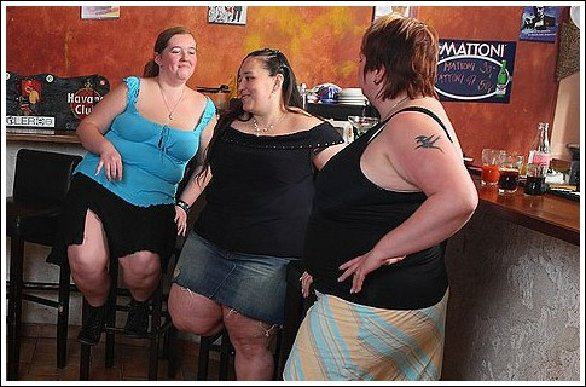 Lawyers should never ask a Texan grandma a question if they aren't prepared for the answer.

In a trial, a small town Texas prosecuting attorney called his first witness, a grandmotherly, elderly woman to the stand. He approached her and asked, 'Mrs. Jones, do you know me?' She responded, 'Why, yes, I do know you, Mr. Howard. I've known you since you were a boy, and frankly, you've been a big disappointment to me. You lie, you cheat on your wife, and you manipulate people and talk about them behind their backs. You think you're a big shot when you haven't the brains to realize you'll never amount to anything more than a two-bit paper pusher. Yes, I know you.'

The lawyer was stunned. Not knowing what else to do, he pointed across the room and asked, 'Mrs. Jones, do you know the defense attorney?'

She again replied, 'Why yes, I do. I've known Mr. Lindquist since he was a
youngster, too. He's lazy, bigoted, and he has a drinking problem. He can't build a normal relationship with anyone, and his law practice is one of the worst in the entire state. Not to mention he cheated on his wife with three different women. One of them was your wife. Yes, I know him.'

The judge asked both counselors to approach the bench and, in a very quiet voice, said,

'If either of you idiots asks her if she knows me, I'll send you both to the electric chair. 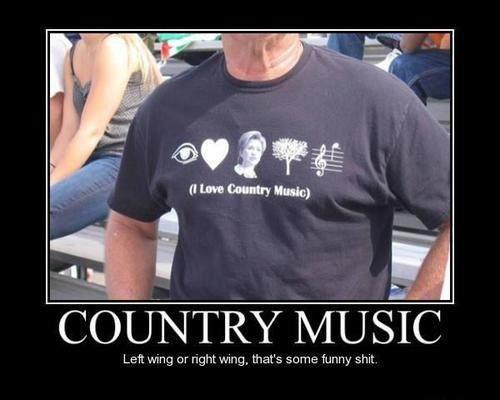 Just in case ya didn't know...
Minnesota became the 32nd state on May 11, 1858 and was originally settled by a lost tribe of Norwegians seeking refuge from the searing heat of Wisconsin 's winters.
Minnesota gets it's name from the Sioux Indian word "mah-nee-soo-tah," meaning, "No, really... They eat fish soaked in lye."

The state song of Minnesota is "Someday the Vikings will... Aw, never mind."

The Mall of America in Bloomington , Minnesota covers 9.5 million square feet and has enough space to hold 185,000 idiot teenagers yapping away on cell phones.

Madison, Minnesota is known as "the lutefisk capital of the world." Avoid this city at all costs.

"The Mary Tyler Moore Show" was set in Minneapolis , Minnesota , and was Mary's first real acting job since leaving the "Dick van Dyke Show. The show about a single woman's struggle to find happiness in the big city was originally titled "Life Without Dick," but that was changed for some reason.

Downtown Minneapolis has an enclosed skyway system covering 52 blocks, allowing people to live, work, eat, and sleep without ever going outside. The only downside to this is that a Norwegian occasionally turns up missing.

Cartoonist Charles M. Shultz was born in Minneapolis , Minnesota and grew up in St. Paul. He was the only artist to accurately depict the perfectly circular heads of Minnesota natives.

The Hormel Company of Austin , Minnesota produces 6 million cans of Spam a year, even though no one actually eats it. Spam is a prized food in Japan & Hawaii--Spam sushi!!

Minnesota license plates are blue & white and contain the phrase "Blizzards on the 4th of July - you get used to it."

Frank C. Mars, founder of the Mars Candy Co. was born in Newport, Minnesota . His 3 Musketeers candy bar originally contained three bars in one wrapper, each filled with a different flavor of nougat -chocolate, Spam and lutefisk.

Tonka trucks continue to be manufactured in Minnetonka, Minnesota, despite the thousands of GI Joe dolls killed by them annually in rollover accidents. No airbags, no seat belts. These things are deathtraps, I tell ya!

Author Laura Ingalls Wilder was raised at Walnut Grove, Minnesota, and was famous for writing the "Little House" series of books, as well as inventing the "Spam diet" which consists of looking at a plate of Spam until you lose your appetite. Much like the "lutefisk diet"

The snowmobile was invented in Roseau , Minnesota so as to allow families a means of attending 4th of July picnics

Minnesotans are almost indistinguishable from Wisconsinites. The only way to tell them apart is to ask if they voted for Mondale in '84.

Now... it's up to you to forward this to all your friends If one of them does not forward it to others, he/she will be given an entrance pin to attend the Eelpout Festival in Walker, MN....in February --

Cold is a relative thing ya know....

Monica walks into her dry cleaning store and tells the guy, "I've got another dress for you to clean."
Slightly hard of hearing, the clerk replies, "Come again?"
"No," says Monica. "Mustard."

KOWBOY said:
Monica walks into her dry cleaning store and tells the guy, "I've got another dress for you to clean."
Slightly hard of hearing, the clerk replies, "Come again?"
"No," says Monica. "Mustard."

really kowboy?! you gotta come up with something newer than that....don't let us down like that...you're far too brilliant

Let's try this one:


In the backwoods of Arkansas, Mr. Stewart's wife went into labor in the middle of the night. The doctor was called in to assist in the delivery.

To keep the nervous father-to-be busy, the doctor handed him a lantern and said, "Here, you hold this high so I can see what I'm doing." Soon, a baby boy was brought into the world.

"Don't be in a rush to put the lantern down. I think there's yet another wee one to come." Sure enough, within minutes he had delivered another baby.

"Now don't be in a great hurry to be putting down that lantern, young man. It seems there's yet another!" cried the doctor.

The new father scratched his head in bewilderment and asked the doctor. "Do ya think it's the light that's attractin' them?" 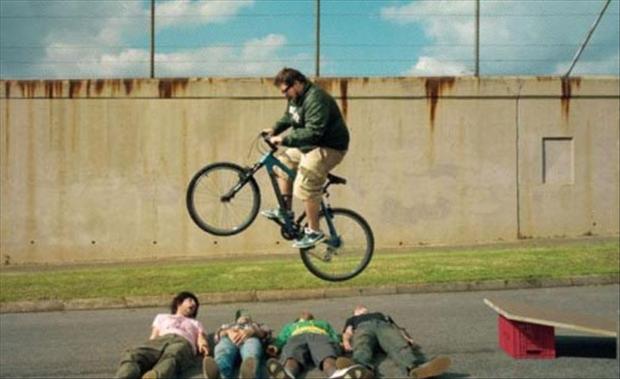 Out in the real world. 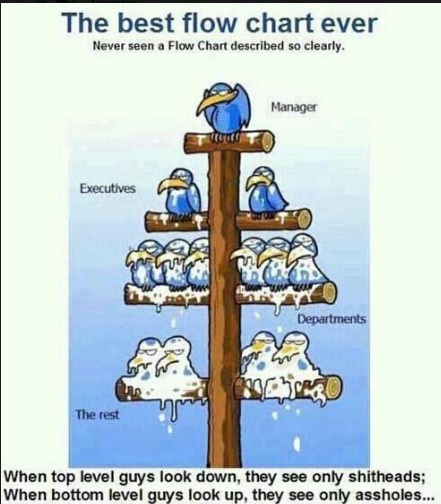 Three couples went in to see the minister to see how to become members of his church. The minister said that they would have to go without sex for two weeks and then come back and tell him how it went.

"Can of PAINT!" exclaimed the minister.

"Yeah," said the newlywed man. "She dropped the can and when she bent over to pick it up I had to have her right there and then. Lust took over."

The minister just shook his head and said that they were not welcome in the church.

"That's okay," said the man. "We're not welcome in Home Depot either." 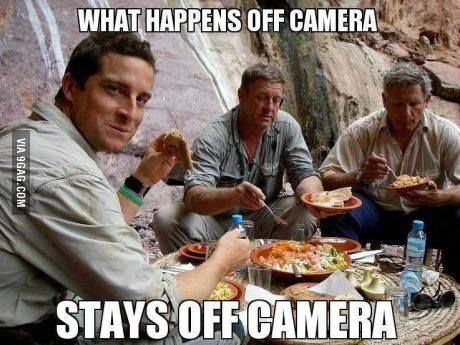 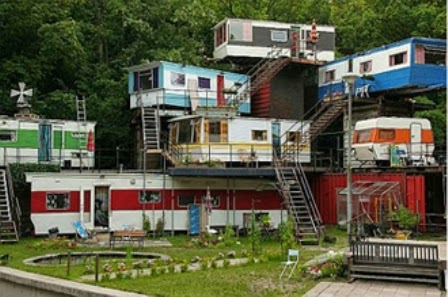 The key to financin' my latest project. 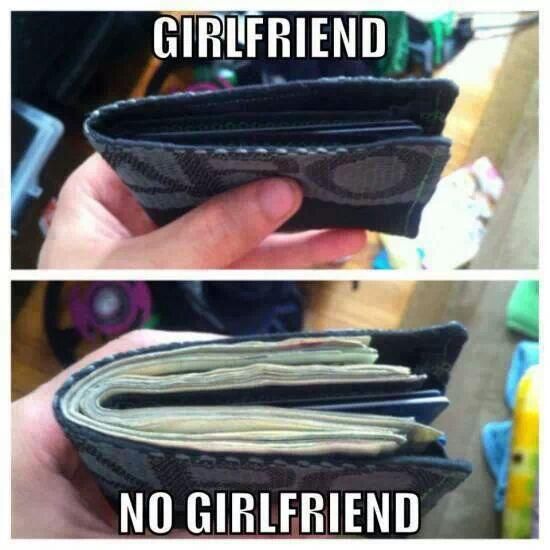 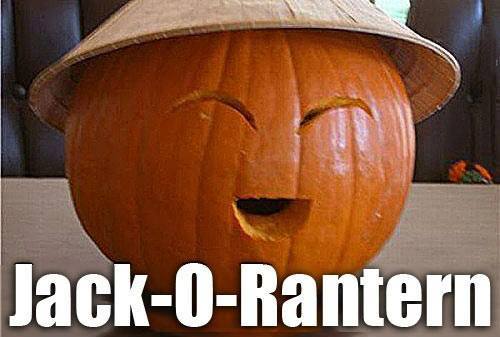 Hot off the press.... Our VP done been seen strutting around in women's clothes again!
You must log in or register to reply here.