Well, after doing my oil pump seal I was feeling brave and thought I would tackle this 2" control arm drop bracket setup I bought from manafree about a year ago.

The brackets fit ok into the eyelet hole, but they don't perfectly align with the frame. But are close.

They look perfect, until put 100% into position. The bolt would come under so much pressure rubbing and pinning itself up against the bracket it would screech. I was able to use a die grinder to shave a bit off the hole so they aligned. This fixed the passenger side, but the damage was already done to the one hole.

When I went to remove the bolt, part of the bolt did not come out of the threaded hole in the frame.

I'm not sure what to do here, because this appears to be going into a threaded nut welded up inside the frame.

I'm hesitant to drill on it fearing I would further damage the threads. I tried using a chisel to try andknock the sheared threads out... And I'm scared to try to retap it to the m10, because if I don't get it perfect I could eat the threads worse.... hoping to get some advice. 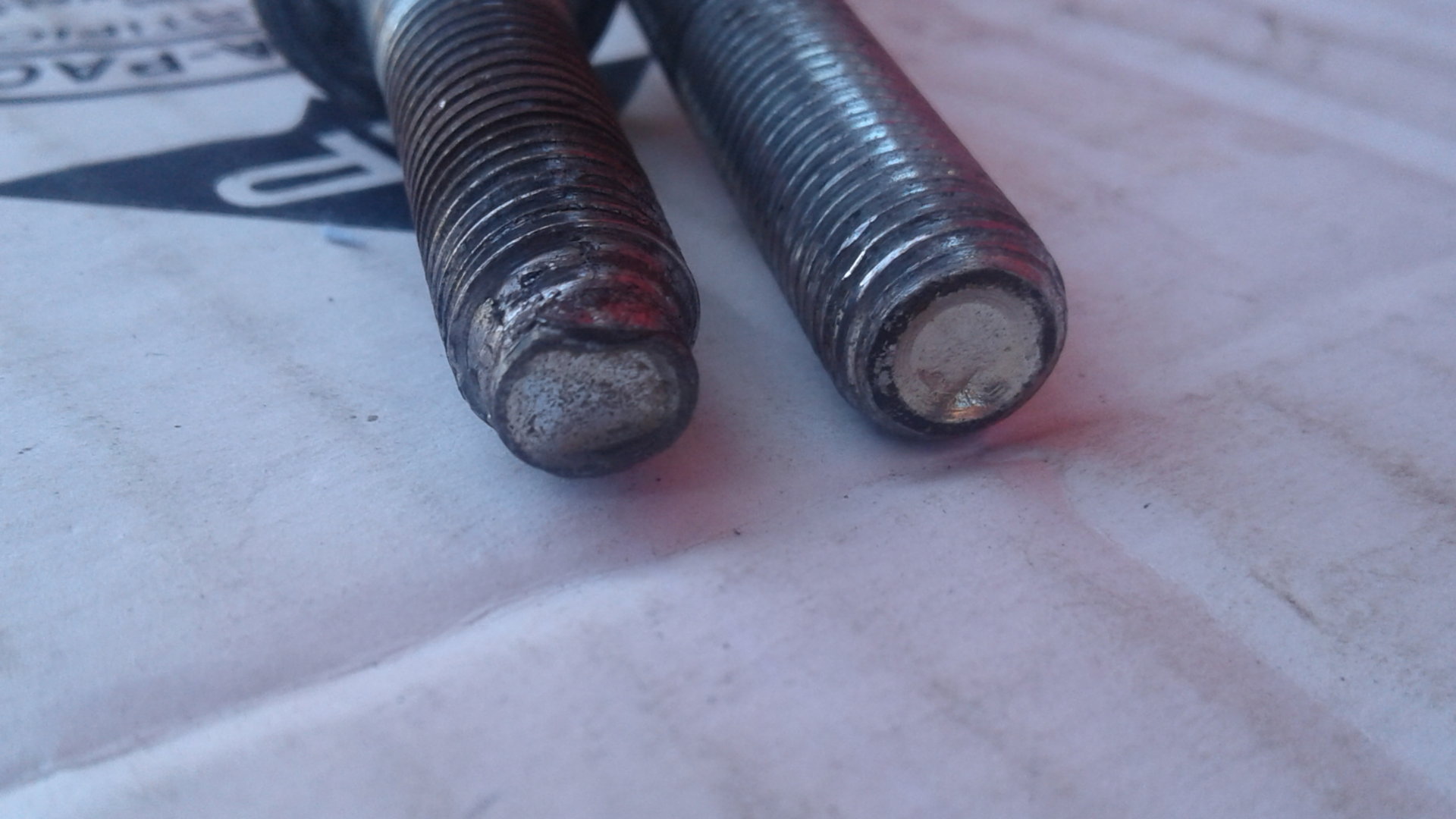 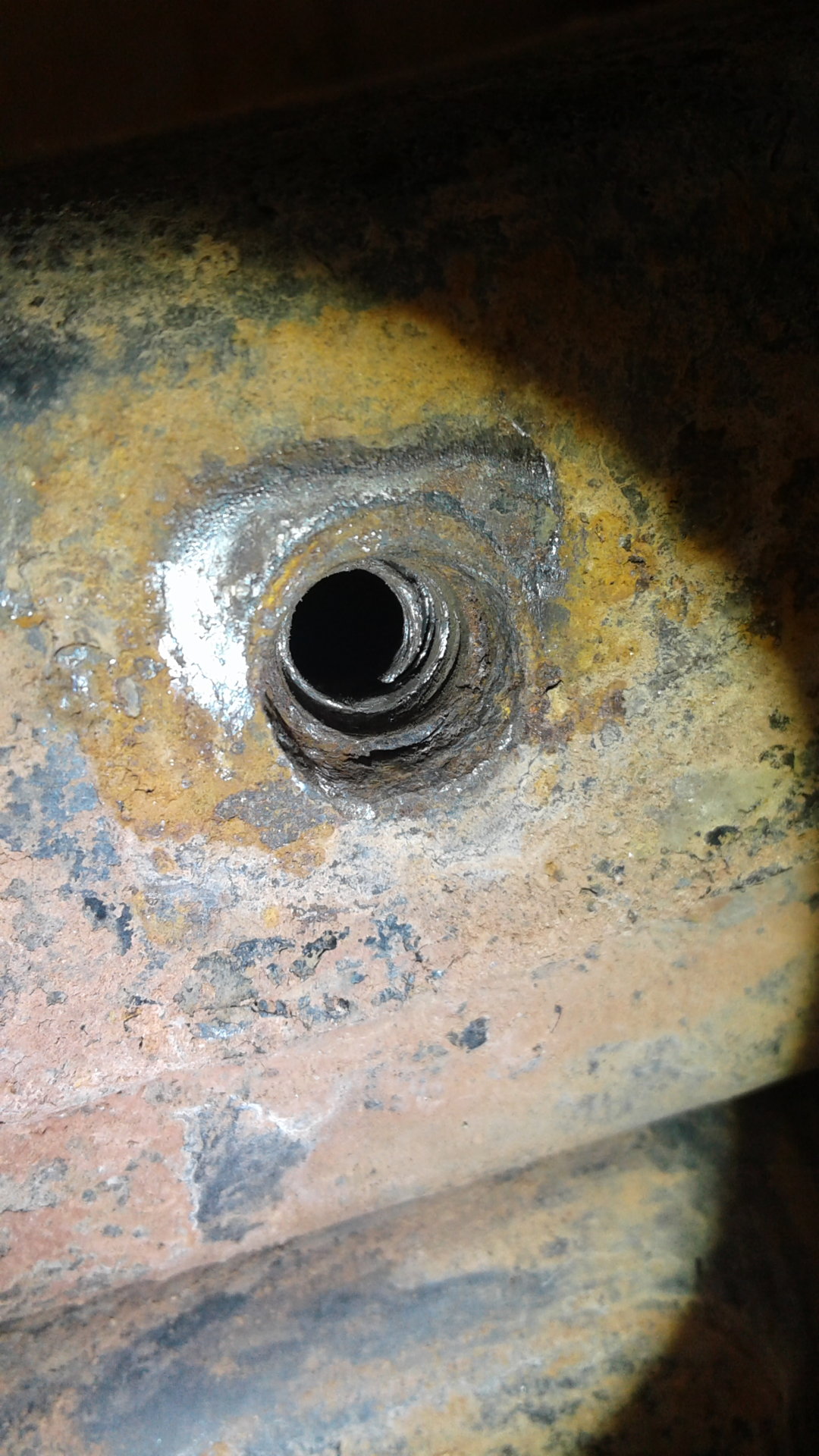 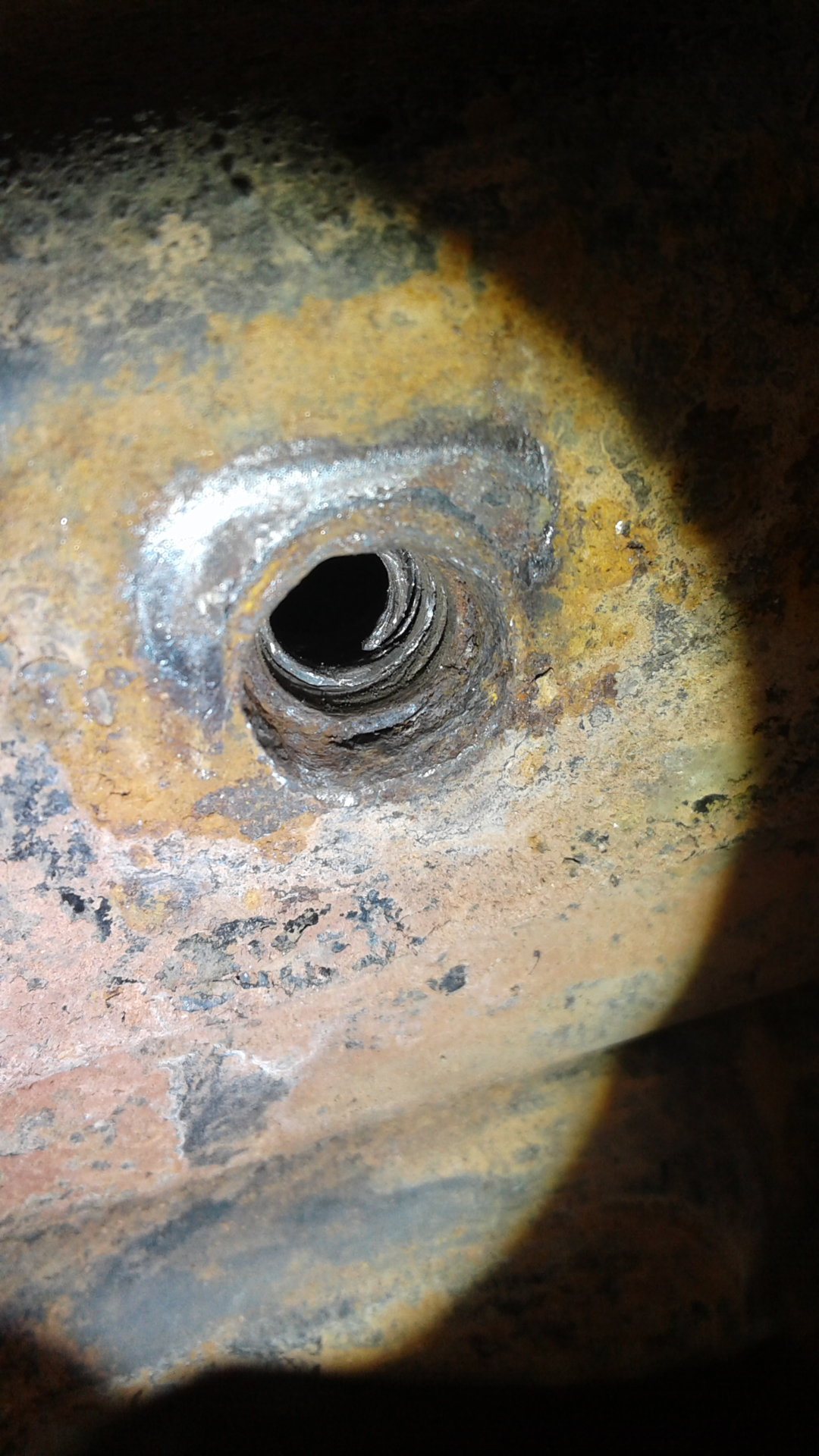 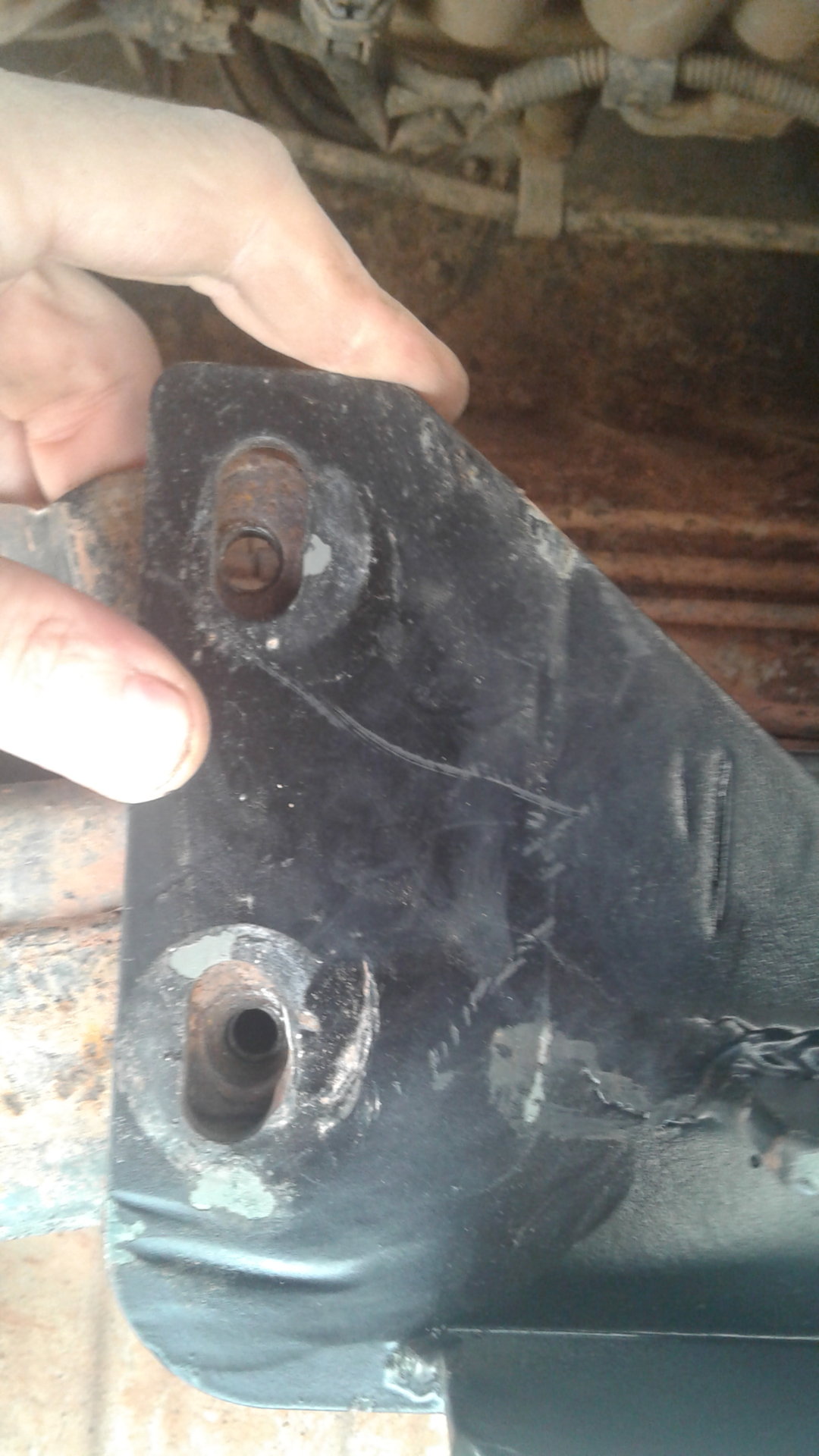 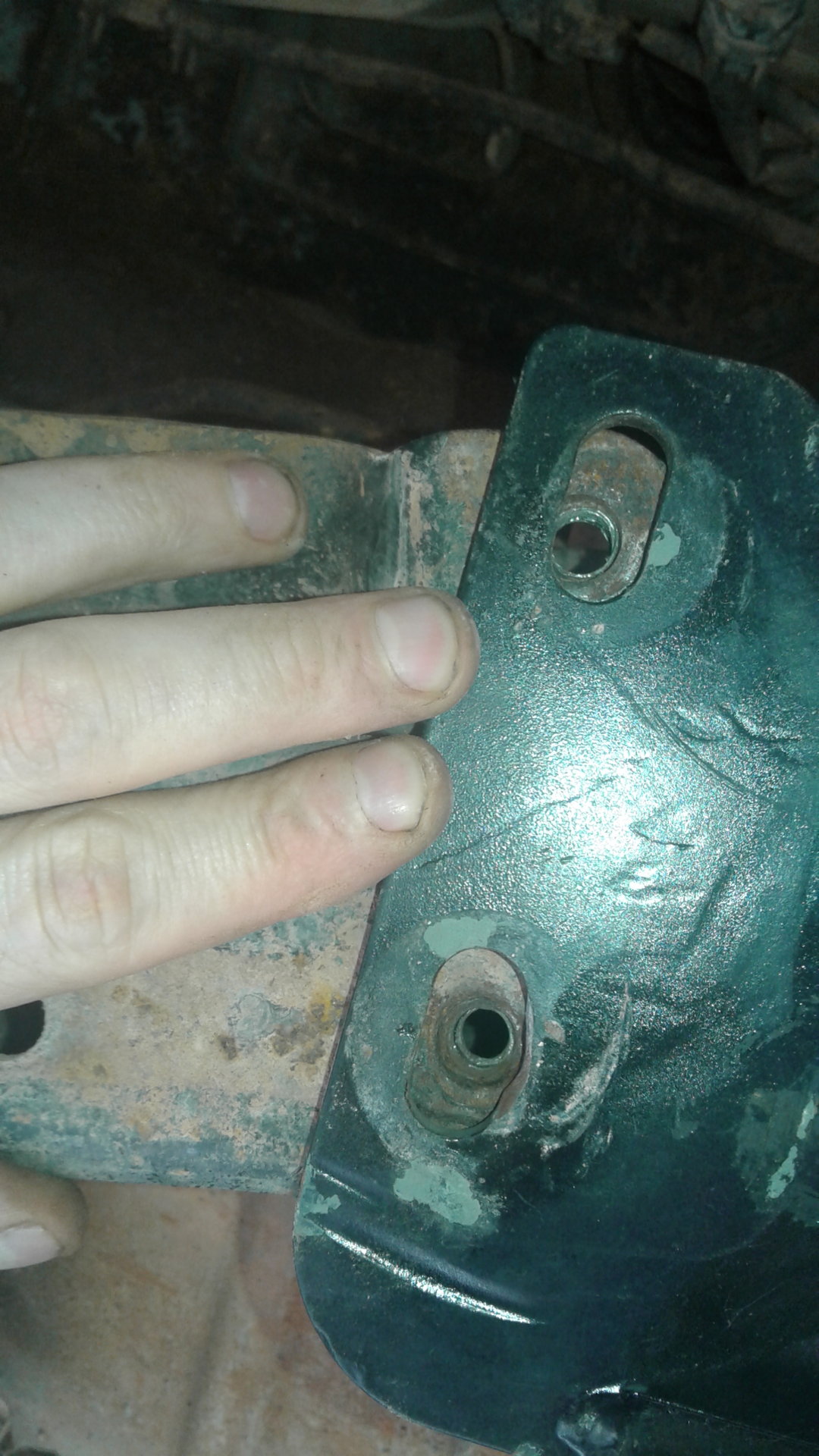 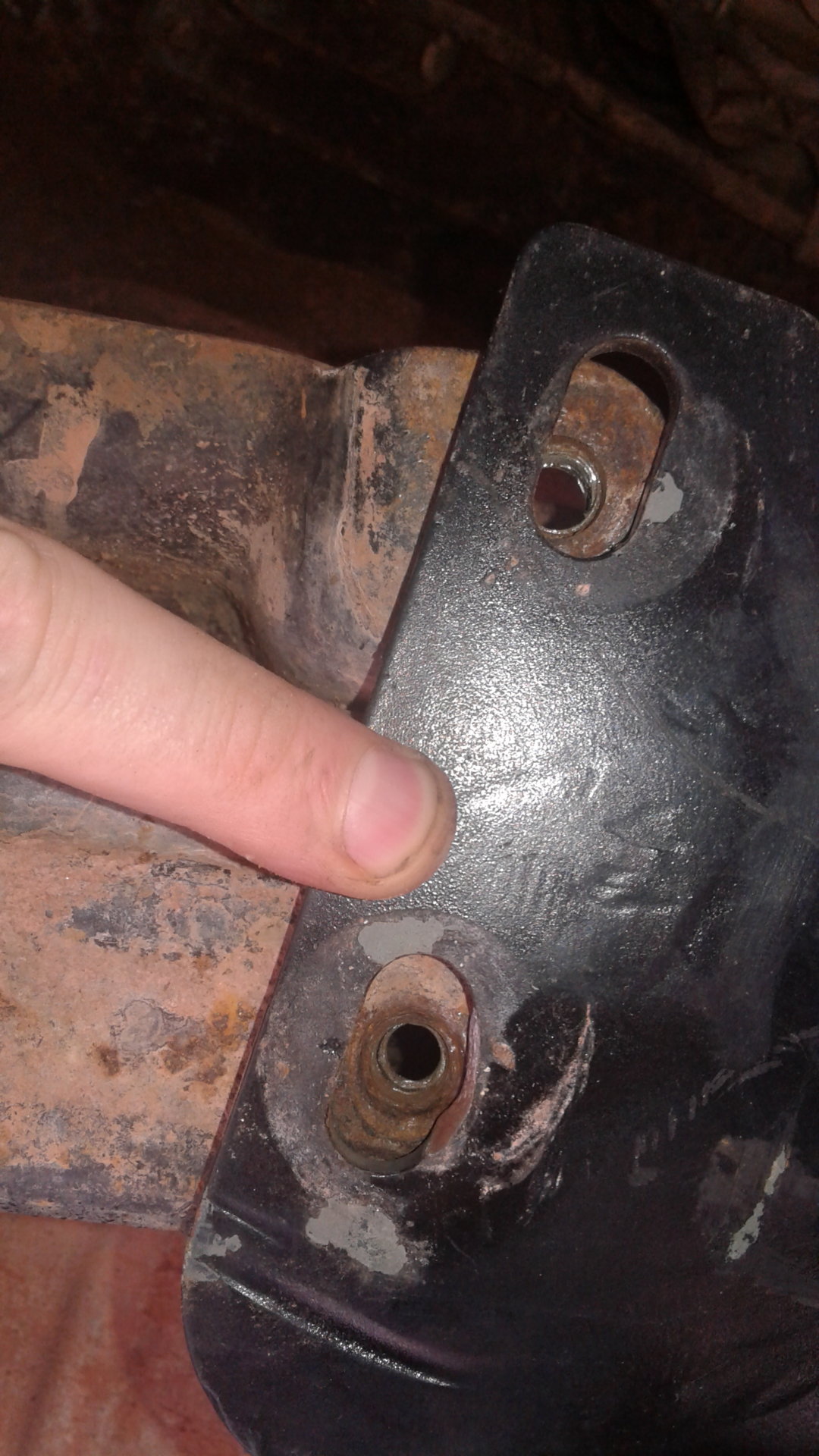 I'd try chasing the threads with a tap of the actual size of the threads first. That might be all it takes to clear the debris and clean up the threads. If that doesn't do it and things are still well buggered, maybe drill out the nut and put a nutsert/rivnut in there, provided the hole left by drilling out is not too large. Even if the hole is too large you could weld a piece of 1/4" steel over the drilled out nut and re-drill the correct size hole for a nutsert.

Or you could weld a nut on the patch piece of steel too, which would be stronger than a nutsert.

My worry with the nutsert (or threaded insert) is if the original nut is gonna be thick enough to allow it to be drilled out to 1/2" required?

I'm not sure how much force is actually going to go through the rear trailing arm into it. But that looks like an option if I could get away with a smaller bolt diameter.

I might find a more tapered tap and try to clean it up a bit. There's just nothing to grab on to.

Sorry if I'm kinda naive. I've not had this issue before. Guess it's time to go to school. Thanks for your help.
Last edited: Jul 10, 2017

Get yourself a dremel tool and a small ball burr or rotory file and whittle the bolt remnants down as far as possible without damaging the capture nut threads. Then use an appropriately sized tap to break the remaining bolt threads out little by little. It takes patients but it works ever time.
You must log in or register to reply here.