Have the head loose and will pull off tomorrow with lower intake still on it. I got aggravated trying to get the harness off so I considered leaving intake in vehicle but then got aggravated trying to get rear intake bolts/stud out. So, I went with one guys method of pulling harness out from computer under dash. I found that part MUCH easier. FSM has whole intake remaining on head after removing harness. Any reason I shouldn’t put intake all back together before going back in??

Seems to me to be a great way to get all the hoses, fuel rail, upper intake all back together so much easier. I’m using a engine hoist to lift head straight up and so I can go back in with it suspended and controlled to be able to come straight down over timing chain.

Ideas welcome but am I nuts or is this the way to go?!

I left lower intake in the vehicle along with the harness. Cleaned upper intake well on the bench and did all hoses. If I remember correctly fuel filter is also connected to upper intake and is pretty much impossible to get to when the intake is bolted together. Good idea to replace it as well.
1996 LX450
Ironman 4" lift, 37"-39.5" Tires, 4.88 Gears, 3.11 Transfer Gears, ARB Front and Rear lockers
M

Thanks. Here are pics of head and block. I don’t know how to read the signs here. Does anyone see anything problematic? This is original head gasket with 349k miles. 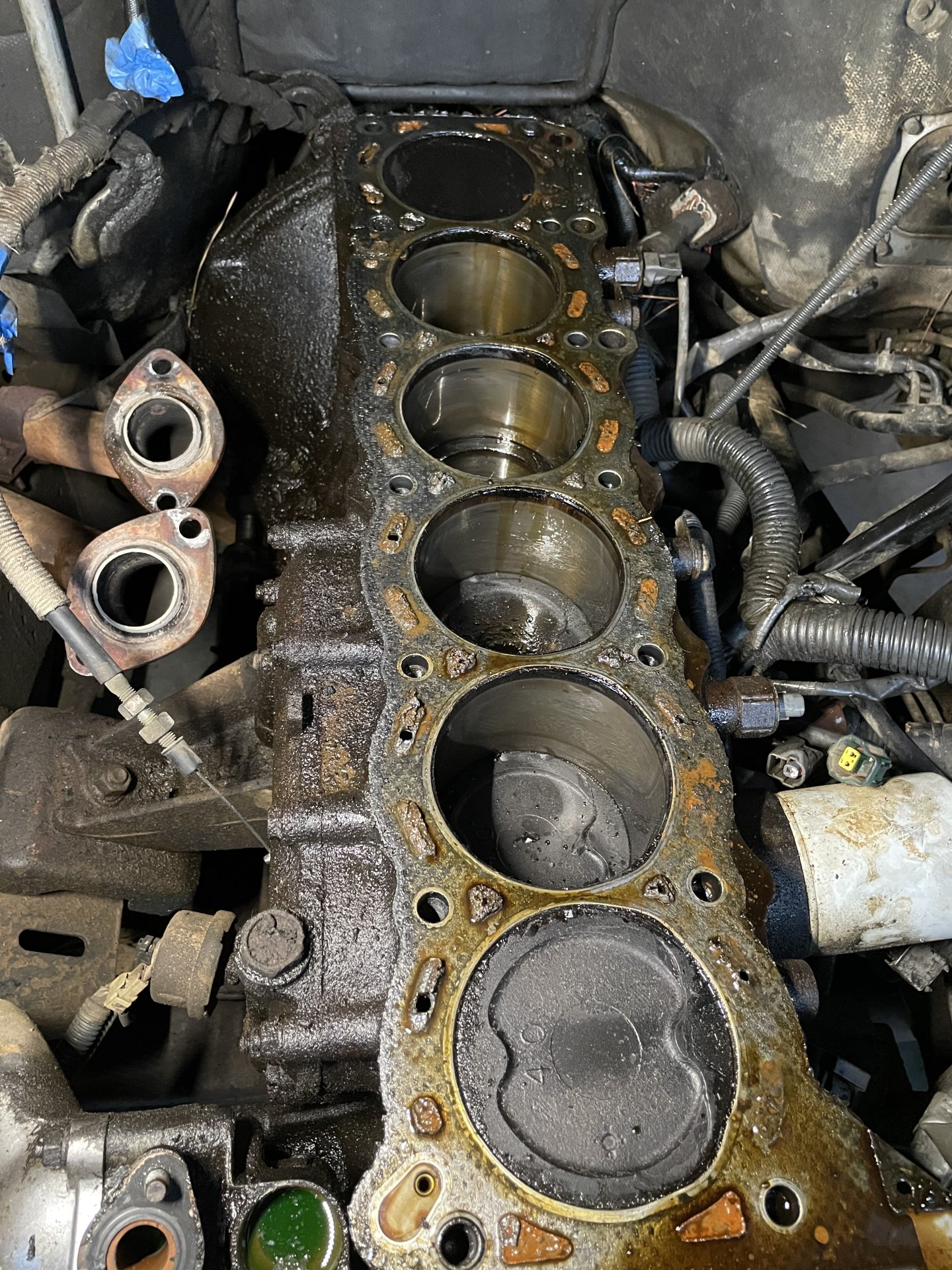 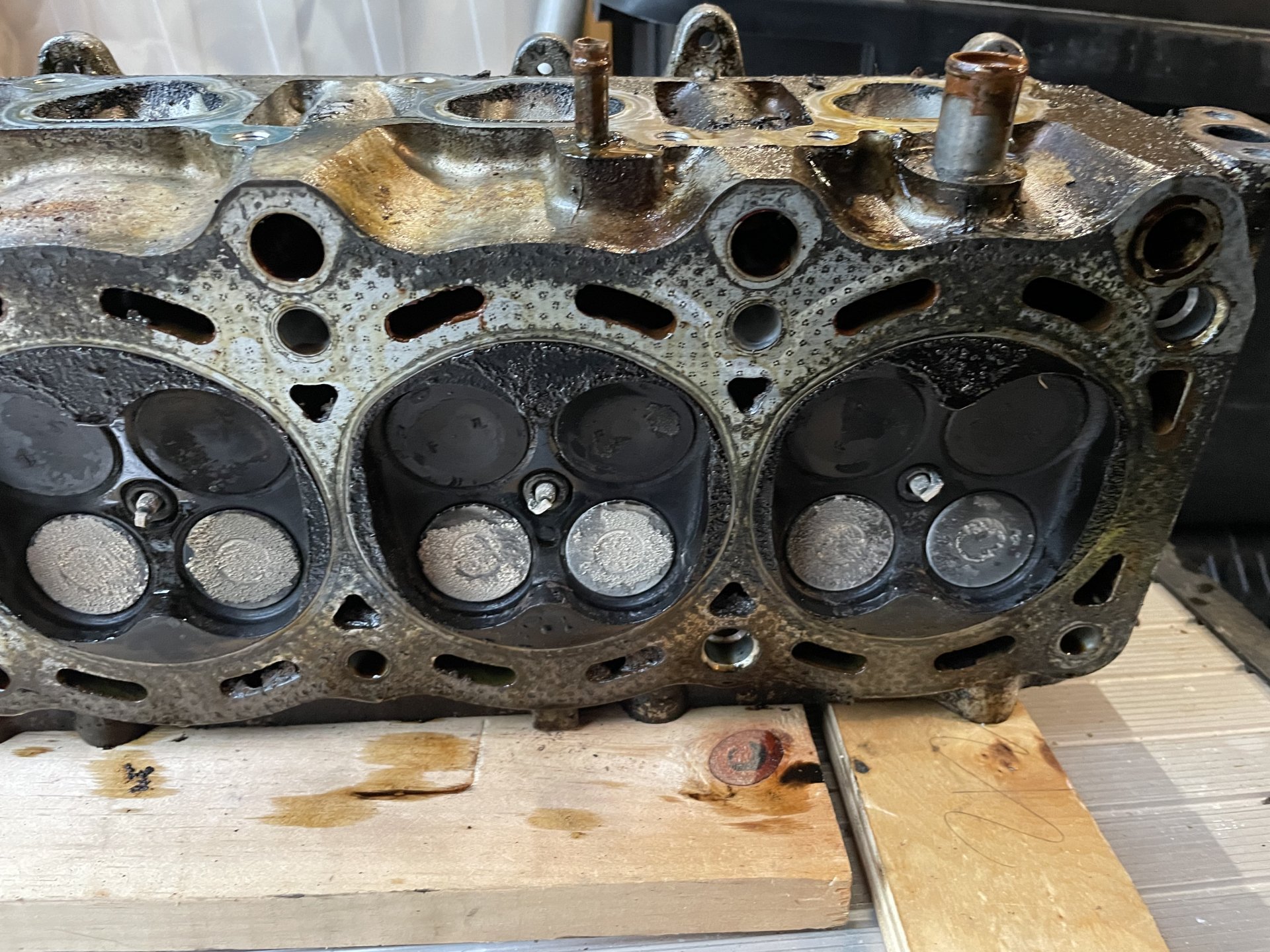 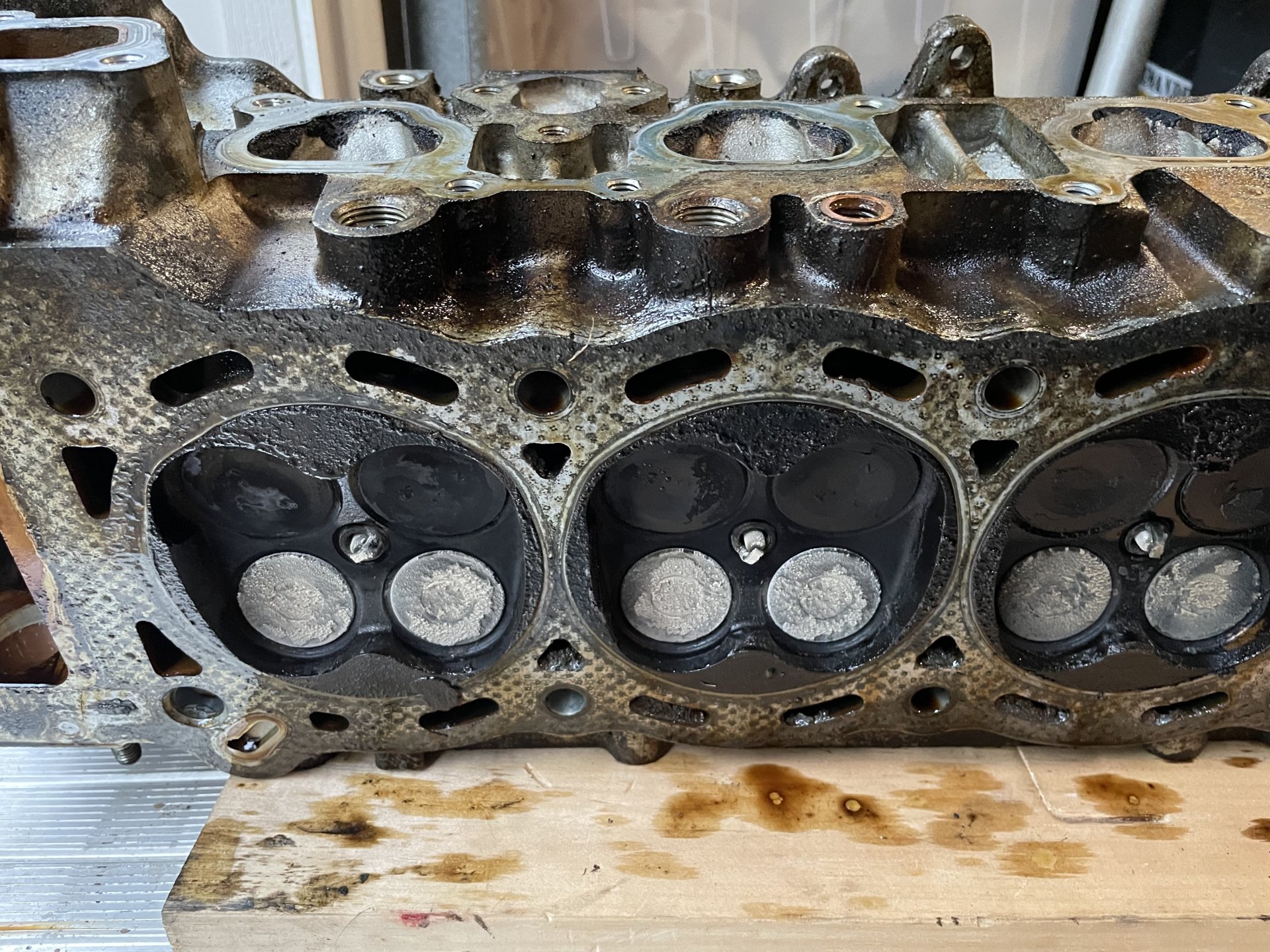 Nine of the above really. I’m putting at turbo on it (thanks Joey) and it compression was too low.
K

I’m not sure #6 is accurate but suffice to say they are all low. I can’t get short blocks right now. Going to put reworked head back in once I get it back Friday. Then turbo goes on. I understand risks.

Will look for my notes on leakdown as I did that back in January.

Do install the exhaust manifolds prior to head install though, or at least the rear. Those rearmost two bolts are a true PITA. You could leave leave the nuts on the front loose, just to get the pipes connected, but those rear two nuts have to be tight before it goes in.