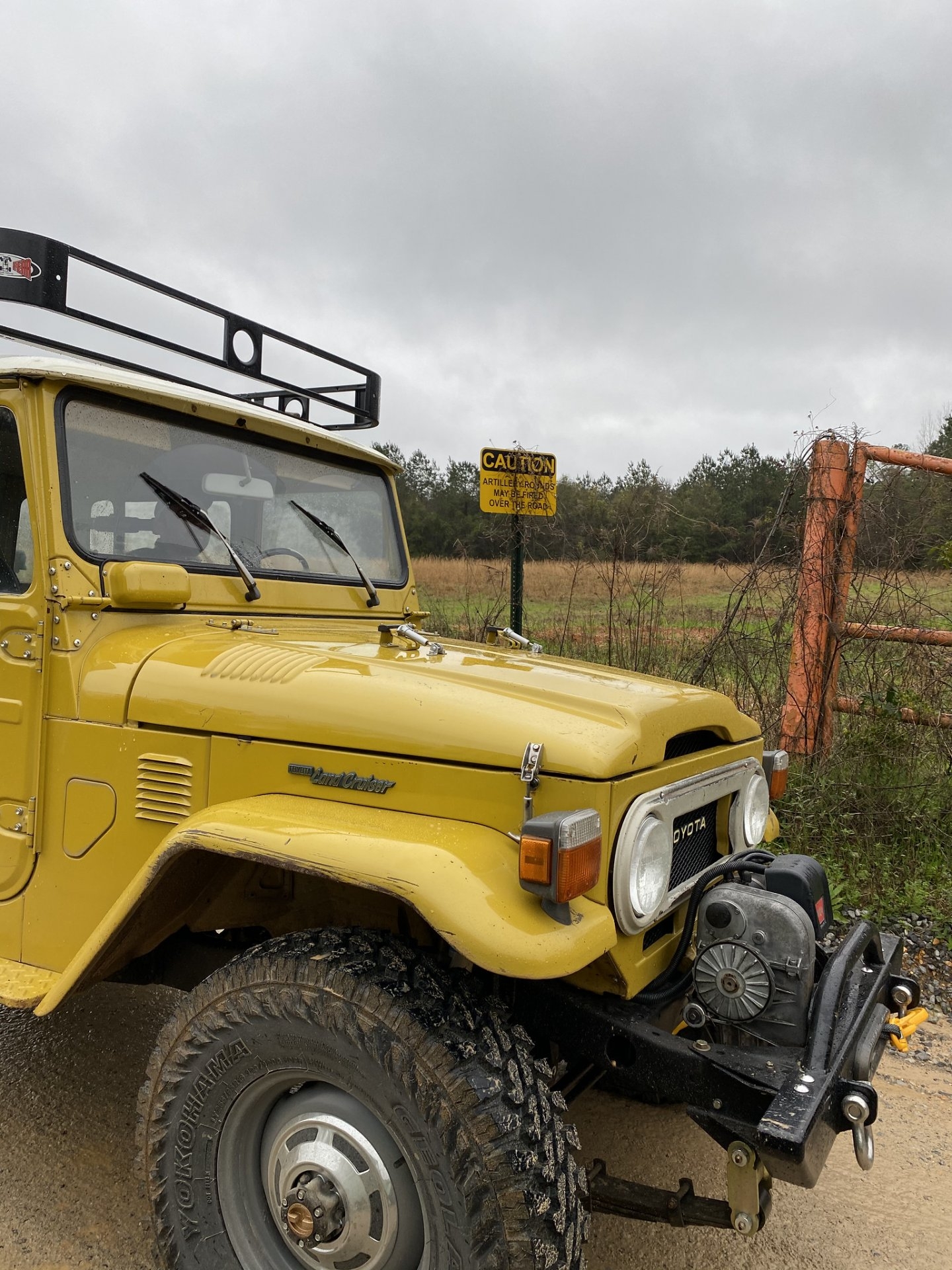 Cleaned and flushed the coolant this weekend. About a week or so ago I dumped the old coolant and refilled with distilled water and some prestone cooling system cleaner. Dropped that out yesterday. The block drain plug came out easily and the cleaner flowed well out of there which I've read doesn't always happen. I noticed some sediment in the dropped cleaner water but nothing major. Refilled with fresh distilled water, ran it for a while with heater on and dropped that. It was very clear with barely a tinge of green so I'm calling it well flushed. Replaced with nice fresh coolant and went for a long drive. I'm still surprised and happy as to how well this truck drives. I had it up to 70 for a while and other than some vibration at 3,000ish RPM and the steering being a little rowdy she was smooth as could be. Gonna keep watching the smoke and trying to trouble shoot but just enjoy for now! 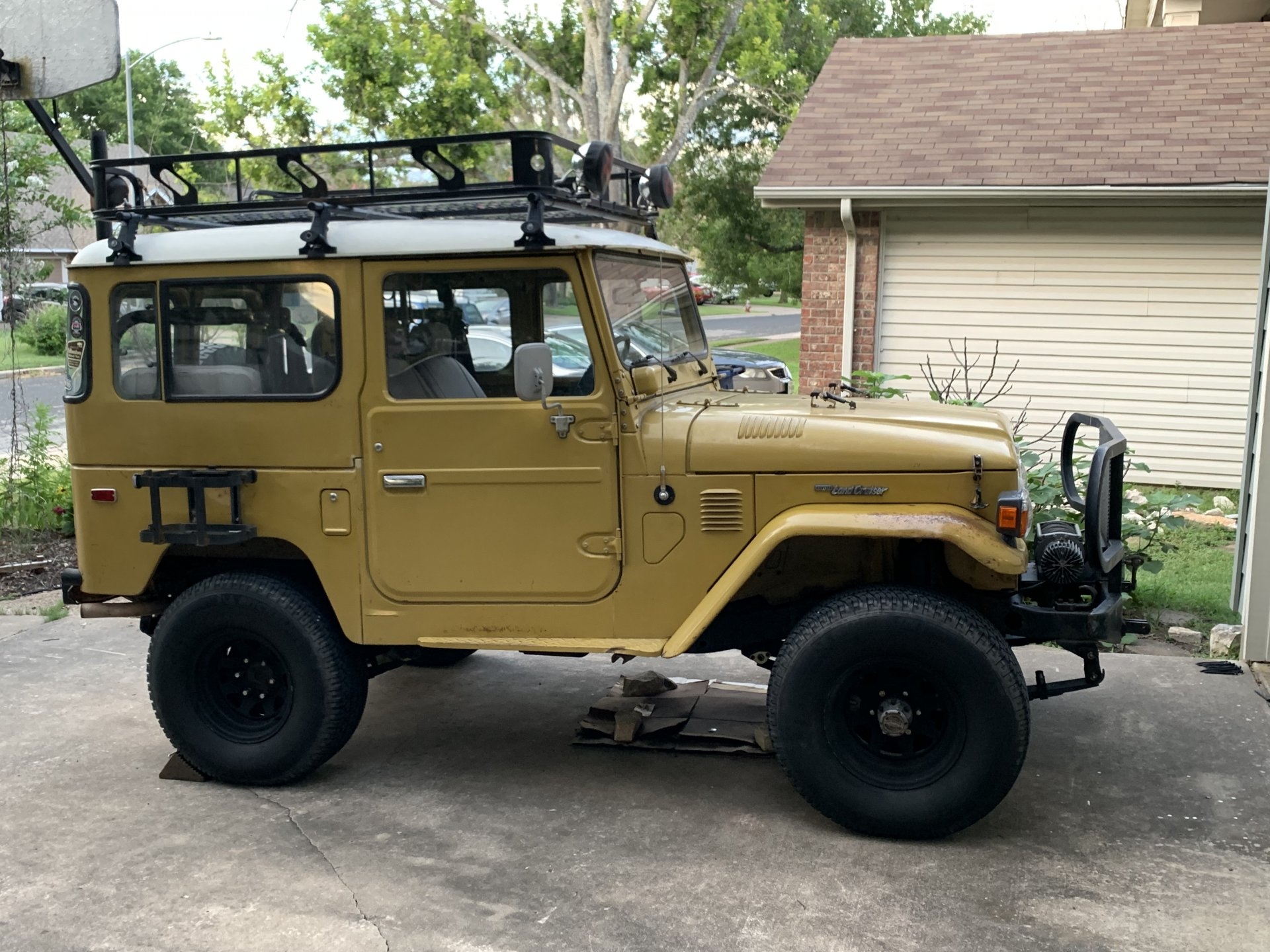 Beautiful! Love those wheels and tires! And bumper, and shackles!

Thank you sir! Definitely some mysteries to solve but having a fun time doing it!

Great looking truck. Mine is a '78 as well with lots of PO mysteries to solve. Will be following your progress.

Thank you! I'm definitely not schooled enough to know all the details of 77 vs 78...The vin plate says Dec. 78 and it has factory disks up front which I've heard is a defining factor of the 78's but that could be totally wrong. But yeah its been great to this point. What I've done so far has been to hopefully preserve the decent condition of the engine. She smokes a little but nothing outrageous. I'm still scratching my head a little as it seems that I can smell raw fuel in the oil even after replacing fuel pump, carb etc. I know these older engines can seep gas through the rings so I've been making sure not to take short trips (bummer I know I have no choice but to go on long drives!). Next I'm going to do the typical tune up items, check the timing, change plugs, wires etc. I don't expect to find much there since she drives incredibly well. With new tires, recently rebuilt dif, trans, transfer its pretty much just cleaning up and verifying that everything stays working properly. Theres a few electrical gremlins so I bought a new fuse box and I'm going to replace old connections and transfer over to hopefully root that out. At some point I'll take the top off but there's really no rush! Any suggestions or advice are welcome. Cheers!

Some more work on the trusty musty this weekend. I had an "event" last week when all of a sudden she wouldn't start. It was acting different than a dead battery and the noise coming from the starter has been bothering me so I thought I would start there. I called Valley Hybrids to try and order one of those new fangled gear reduction starters and they recommended I just get a reman from Napa. For $65 it was hard to argue. So I got that installed first. 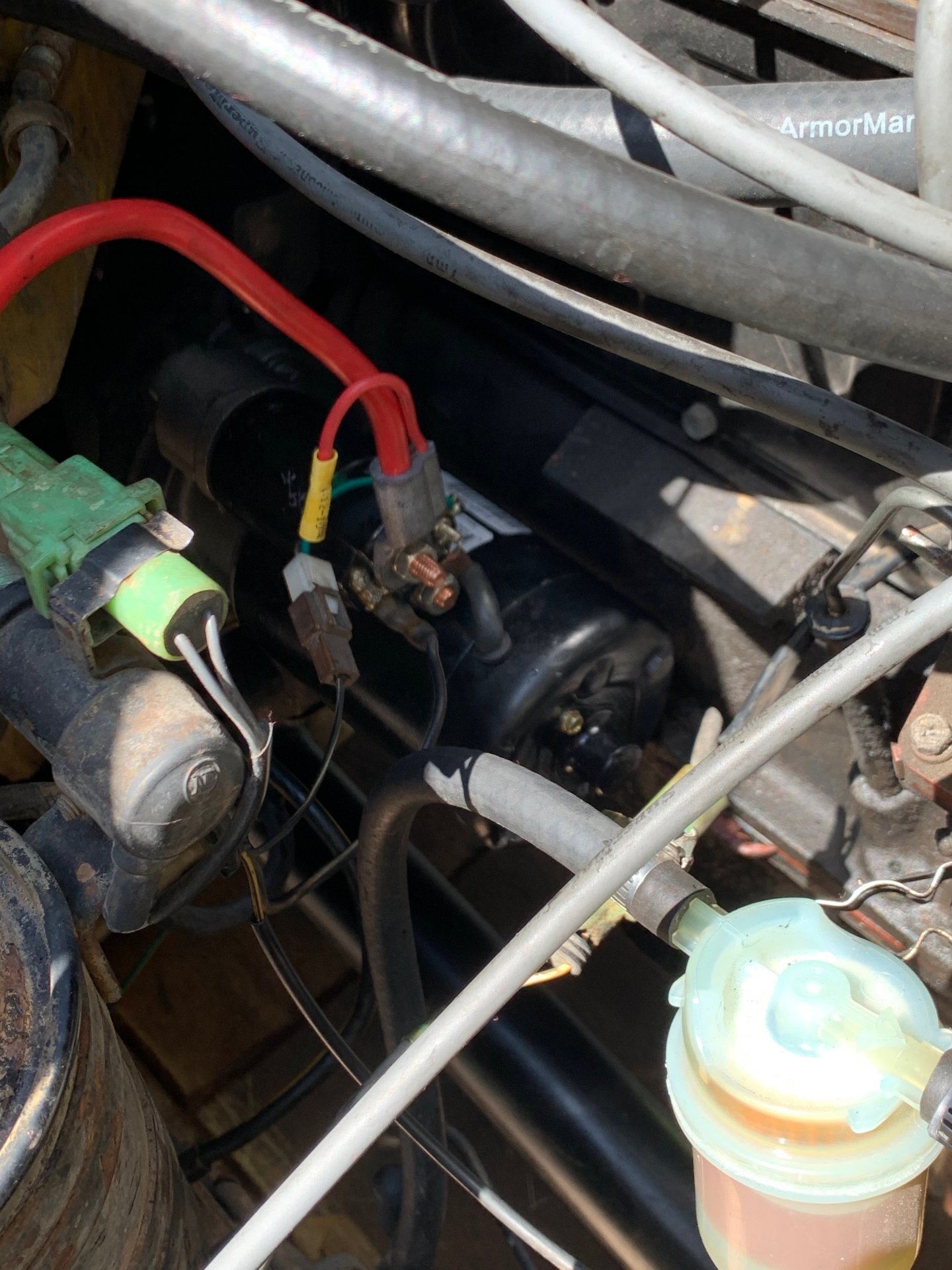 I had previously bought plugs and wires so I went in with those next, gapped em at .39 per the FSM 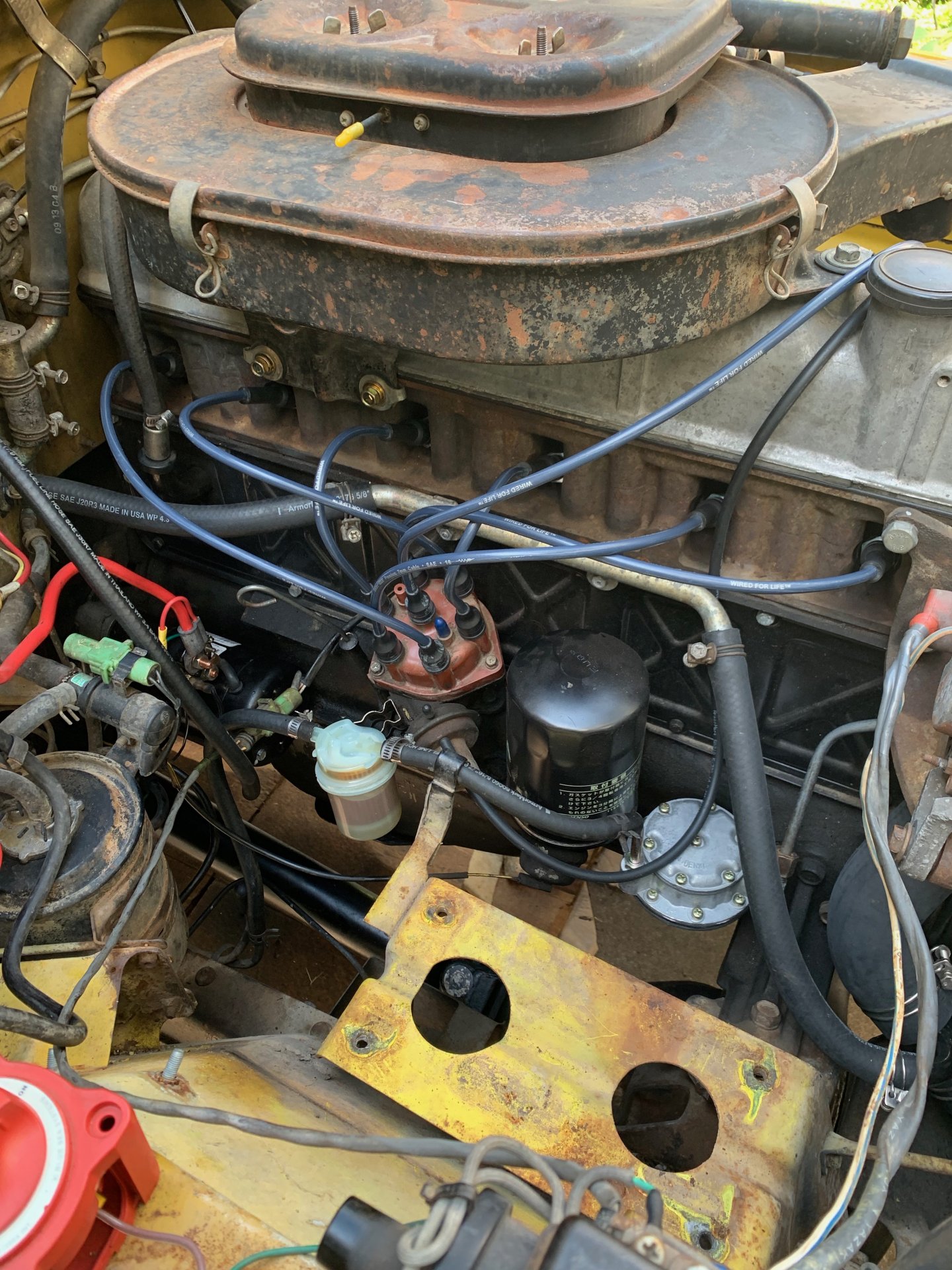 Put it all back together including a new battery tray. Went to start it up and nada....wasn't the starter. Of course. When I started digging around I found a wire coming off the shut off switch (PO install job) that had broken off of its clip. Did a little research and decided it was a jerry rigged fusible link that had broken loose. Out of frustration I started ripping previous owner stuff out of there. Pulled out the switch and tuned up the battery cables. I also disconnected all of the grounds, cleaned them and the frame with wire brush and brake clean. Put everything back together including some new fusible wiring and voila she started right up! 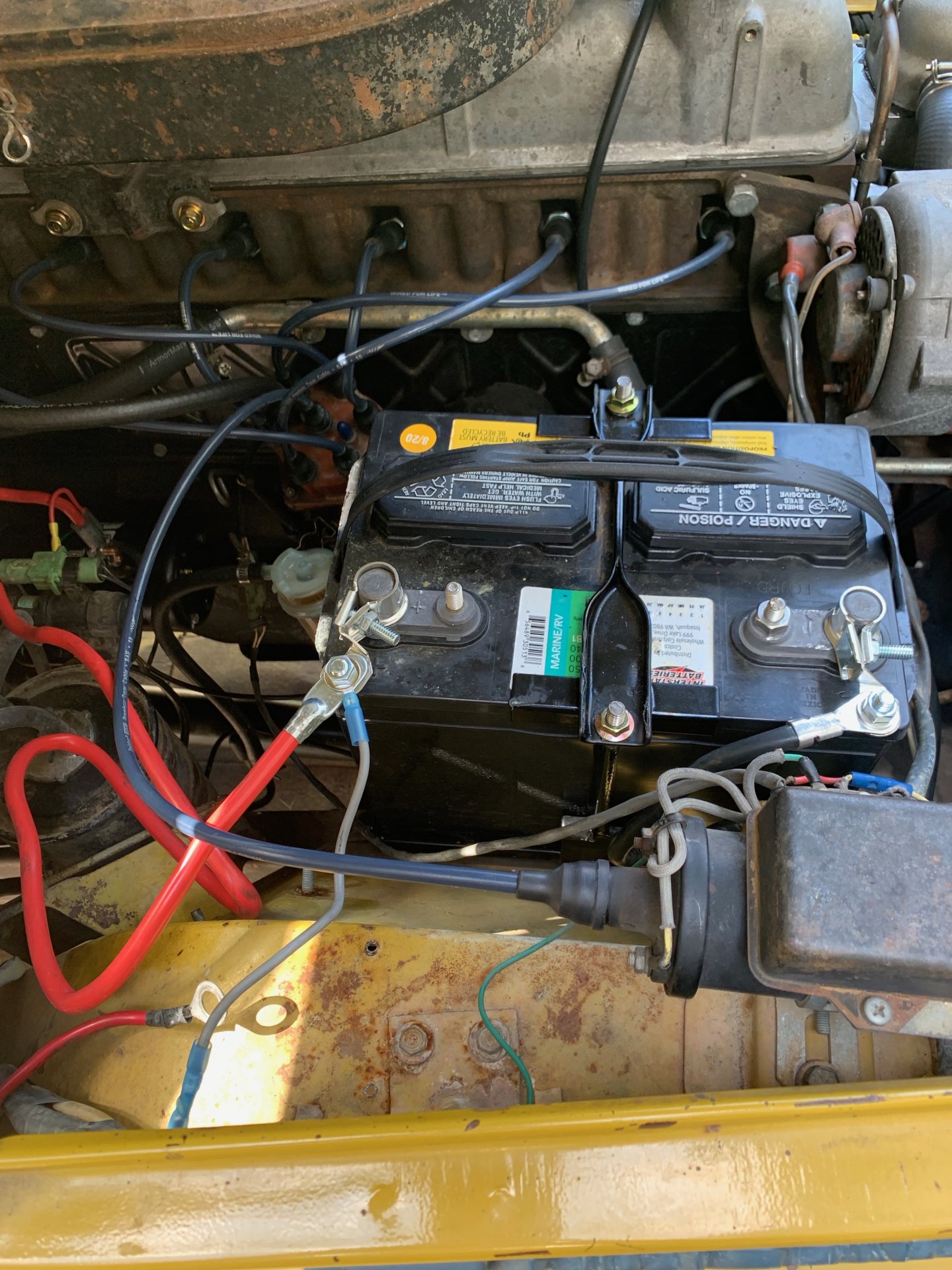 The ultimate goal of all this is to keep this tired 2F running as long as possible before rebuild. I've got the smoking down to a minimum but thought I would check the timing next as it smells really rich on start up. Had to paint the BB and TDC mark while I was in there. 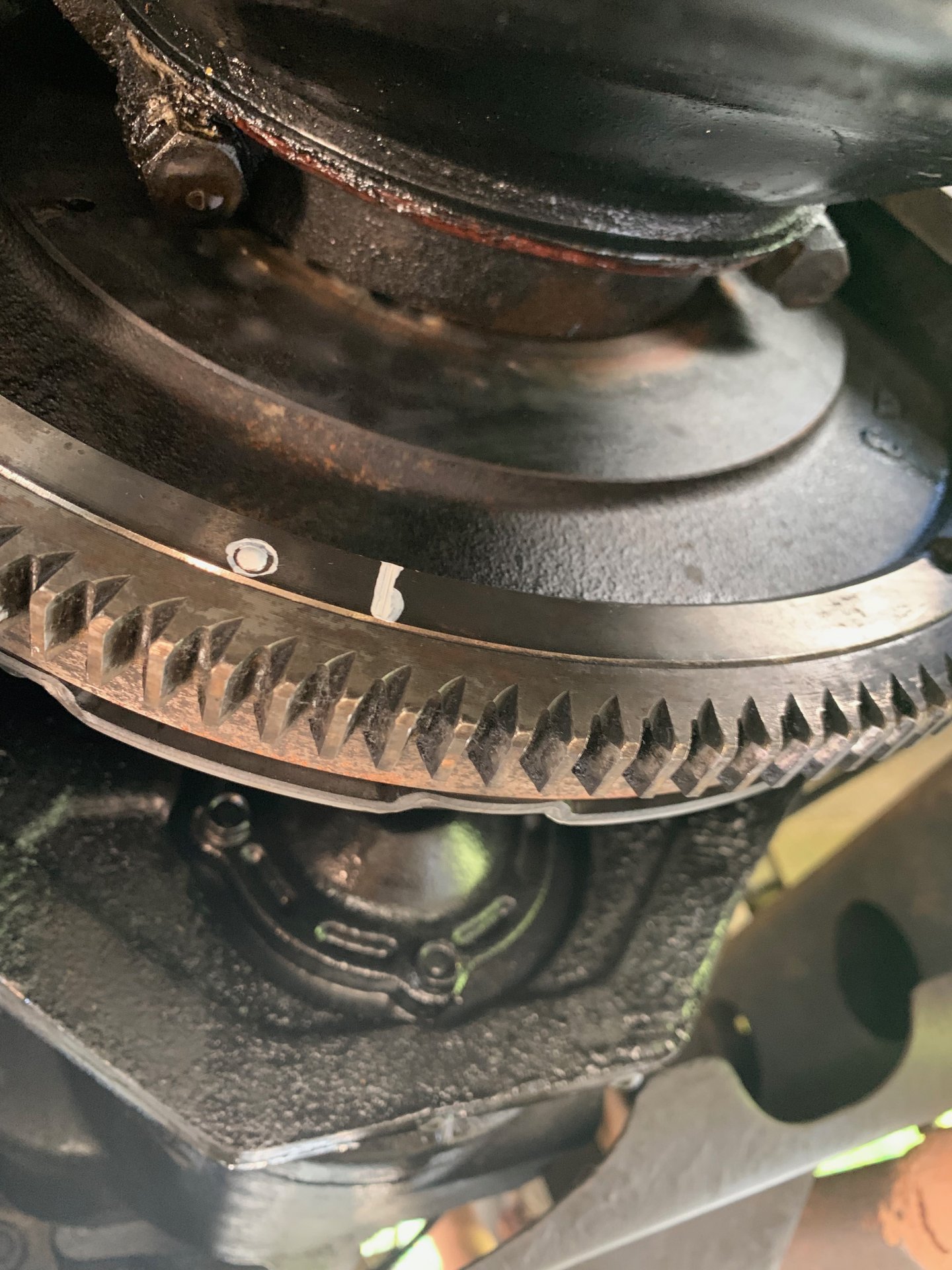 Btw its soaked under there from the oil pan to the transfer case...Whats the ratio for completed projects to new projects found while completing said project? For me its about one completed projects finds about 20 more to do's...Now its time for a little Sunday evening R&R. Cheers Ya'll!
You must log in or register to reply here.