bj60 1984
my gauge lights won't come on and my marker lights and tail lights won't as well . signals work and brake lights only when peddle is pressed .lower dash lights glow, 4wd signals and filter work but gauge lighting won't .
all fusses are fine .
ideas ??

headlight switch? seems common theme w/ all of those switching on w/ headlight switch. i'd initially think bulbs, but not all at once and your night running lights etc. blinkers and brakes both still work, so wiring to those should be good. the switch that turns them on though seems common for all issues.

not sure how to further troubleshoot this - i bet someone will point you at FSM. I'm sure there is a diagram to test the switch.

hope that helps and good luck!

come on guys any ideas here ?

How do you know all fuses are fine? Have you tried another fuse or used a meter to check the fuse?

If it is not a fuse my next guess would be the relay under the steering column down by the hood release. They are round or square depending on which ones you have in a bj60. Try swapping two of the same relays and see if the problem moved to the other circuit. You can also pull the relay and measure between the two pins of the coil.

I think the quickest thing here will be to pull the wheel again and swap out the switch from Mr. Dumpy (yes, I just nicknamed the brown parts truck) Everything else seems in order - Bulbs OK, fuses OK. The other thing we could try is to back feed power (fused of course) to one of the light sockets and see if everything else lights up... if it does the circuit is OK, but not getting power.

update :
the switches on the column have been replaced but dash lighting and marker lights as well as running lights still no juice ,fuses tested and i am no further ahead . it is really frustrating in the dark . i need more help

did you check your fusible links? 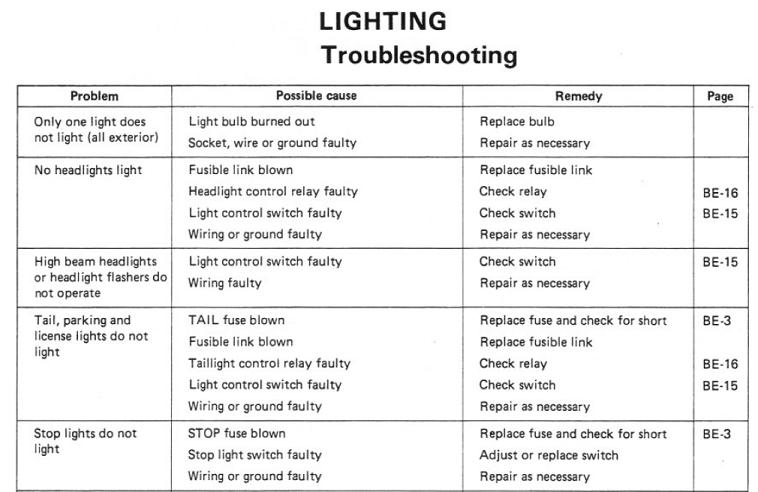 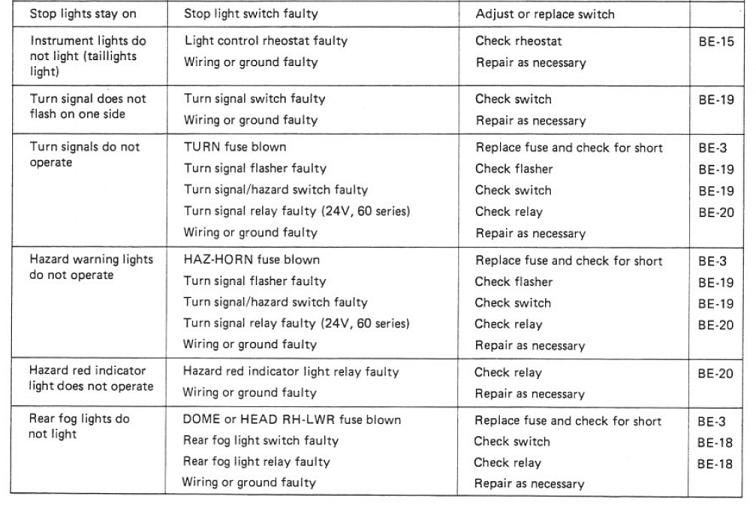 According to this we should be chasing a ground... Fun.... Not too many of them around are there...

moosecruiser said:
update :
the switches on the column have been replaced but dash lighting and marker lights as well as running lights still no juice ,fuses tested and i am no further ahead . it is really frustrating in the dark . i need more help
Click to expand...

So you checked the relays? You can turn on the marker light with your hand on the relay and feel it click?

According to this, if there is power at the fuse, then the relay is kicking in. 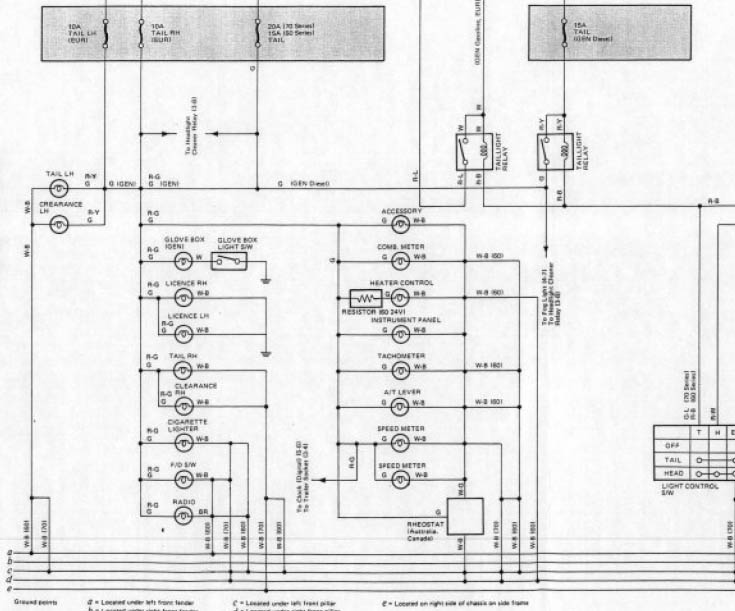 There must be some terminal strip, or post somewhere, for all of those circuits to be coming off one fuse... anyone know where it might be? There has to be a common point.

Moose... check the back of the fuse panel, to see if the wires have pulled out of the back side of the fuse block. Maybe they got jiggled when you swapped the speedo cable?


****EDIT**** or perhaps it being blurry I can't read it properly... does that tail light relay to the right read 60 (diesel)? If so, then the fuse is BEFORE the relay

i would check the fusible at the battery ....keep us poste on what you find .

solution found! third relay back under the dash 3prong ,replaced with one from the parts truck and bingo !. thanks to all who posted suggestions it all helped . another one solved thanks to mud all that after a great trail ride with the kids and MRMOMO lots of mud water and smiles .close the windows b4 you cross the farmers field .

The fuse survived? You have headlight cleaners on your cruiser?

Some 60's came with headlight washers.

fuse survived i have something drawing =short going to ground . me thinks after market markers ?
or other lights this all happened when i replaced the spedo cable

The short, or draw has to be between the relay and the fuse, otherwise the fuse would pop...

So, for all of you looking for an answer by reading through this thread, here it is...

Things were working intermittently - mostly not working though.

First thing we did was check for power at the fuse - and it was there.
Then we pulled the relay, and checked continuity on the coil - it was there
Next I used a test light, to see if there was power coming to the relay - there was NOT

SO... we had power at the fuse, but not at the relay. After some poking around, I thought that the socket for the relay felt a bit odd with my test light, I could push it in further than I should be able to. I had a hunch I knew what was going on.

I pulled down the relay panel, and lookee what we found!! Subsequently, we also found that the wire on the back of the fuse was exactly the same, somehow pushed out when the fuse went in. Figured that part by pressing on the fuse and getting the relay to click, each time I pushed on it. (and each time I let go!) SO.. things appear to be back to normal now!!

Moral of the story - cruisers get old - stuff loosens up!! 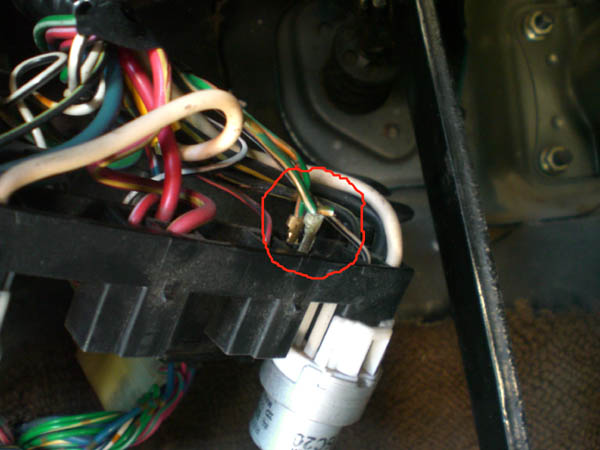 Engine hesitates when electrical accessories are on