So, for the holidays, I bought a welder and a plasma cutter from Eastwood for my us to learn on. We have an 80, and bumpers are expensive, so we figured we'd take the opportunity to learn the fine art of welding. And yet, I have not laid down a single bead since we bought these items. We don't claim to know everything, or anything, but we can follow instructions, and we set the machines up correctly. Perhaps it is user error, but I doubt it. Here are the issues:

I know someone else did a favorable review of them here, recently, and I am certain that their experiences are probably different from ours, but I wanted everyone here to be aware of what they call "quality".

tl;dr: Eastwood's products are crap and I cannot wait to get my money back. I have nothing against Chinese products, but it's obvious they don't have anyone at all on the ground at the factory performing quality control. Do not buy any Eastwood products. They don't work.

Well I have nothing against China stuff .. just think for important stuff that matters to me buy the best my pocket can afford .. so I got a MIller welder ..

The sweetness of cheapness is soon forgotten but the reality of crap lasts a lifetime. Thanks for the heads up.
J

Interesting. Hopefully it's an anomaly, but otherwise it's disappointing that the quality control went downhill. Pretty common from what I've learned from some local folks I know who have some parts manufactured in China. Samples are excellent quality and by the second or third production run they are nothing like the original unless you have someone on site doing quality control. OTOH places like Apple seem to track manufacturing quality pretty closely.

I have one he welders and my brother also does. I've been really pleased with it. My first reg was bad too - just no reading on the dial gauge. A new replacement was sent right away. Of course you won't get a victor gauge with a $500 welder. My parents own a metal fab shop so I have quite a bit of experience with most brands of mig welders. The worst I've ever used is a Panasonic commercial, and the best are usually the 400amp divorced miller/hobarts with the old all copper power units. The Eastwood is on par with a small miller IMO. It's damn near a direct clone and the internals are high quality - on mine. One of the early blue color ones. I've only run maybe 100lbs of wire through it, but also welded up a UTV complete chassis from scratch - and the obviously very cheap spool gun performed without a hitch. I can't imagine it would last in any type of production work, but that's not really the point of it.

It's certainly possible that quality has dropped. That's unfortunate. This was one of the only lower cost 180amp welders that I thought was actually a good welder. This is a winch plate I built two weeks ago. It lays down pretty nice welds in my book - for a cheap Chinese product. 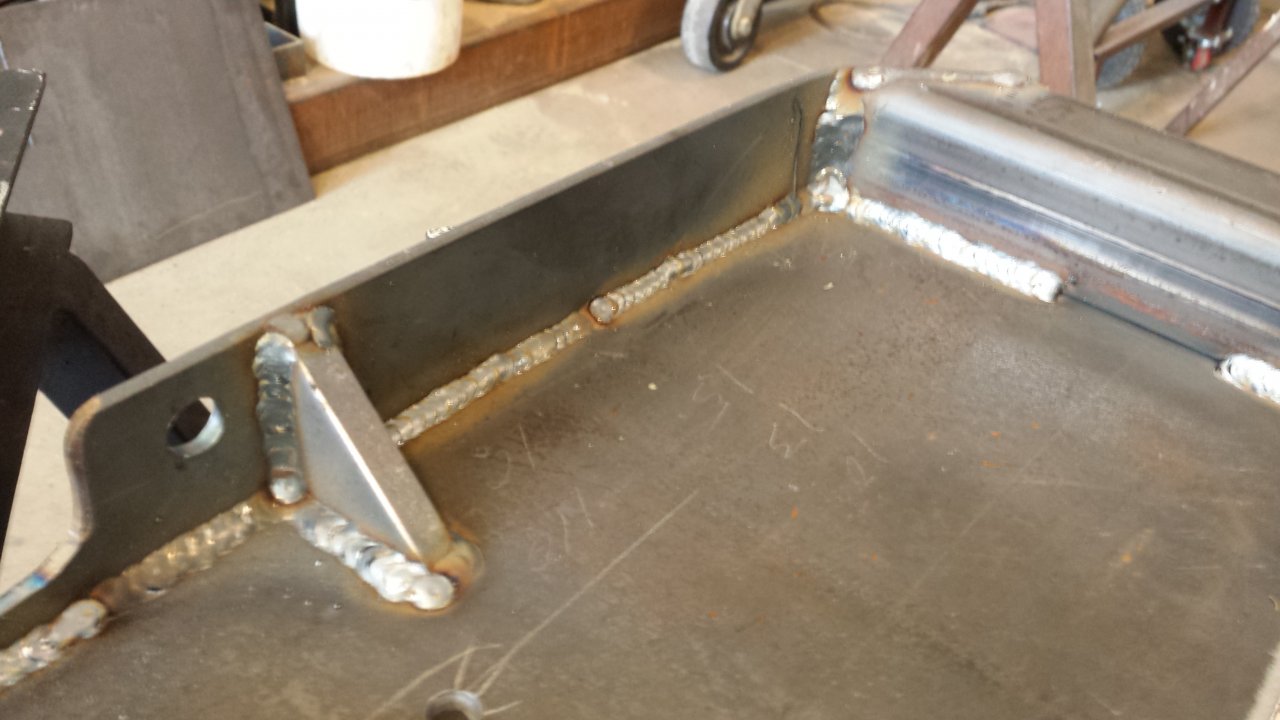 Noob searches for and buys a welder
2