Hey guys, I'm getting seriously defeated by a stupid starter issue. A few weeks ago I went for a drive and after I started the truck it sounded a little funny for a couple of minutes before going back to normal - well it turned out that my starter must have been stuck on as both of my battery terminals melted! I had a spare starter but a bench test proved it was dead. I did a bit of digging and found the "3B Forklift starter 24V" online and at less than $100 I pulled the trigger. When it arrived it was apparent that the front nose cone was different, so off came my old one and swapped to go on the 3B (all documented in the forums). I also noticed that the two lugs to the brushes are reversed and initially installed by reversing (battery cable (1) swapped with the the wire that goes to one of the brushes(2). Nothing. Batteries were full (I charged them after the fiasco) and when I came back a week later both were dead. I picked up some yellow top Optimas (wanted them anyway for my winch rebuild) installed and nada. Clicks but won't start. I pulled the starter back out.

1. First test - I swapped back the original post locations (1 and 2) and when I touch the starter lug to the ignition wire (3) it fires up but even when disconnected it keep spinning! wtf? It's a brand new starter. Any other starter I have ever encountered it will turn off when you break contact between 2 and 3. I assume this is the same.
2. When I checked voltage in my truck, the ignition wire (3) is only putting out 12V not 24 like I suspected - should it not be 24V as the whole system is 24V?

Sorry if this is not clear, I can post some pics. Is there a way to check the starter relay?

I've got a million things I need my truck for (trying to finish some construction before the winter sets in) and I'm stumped. 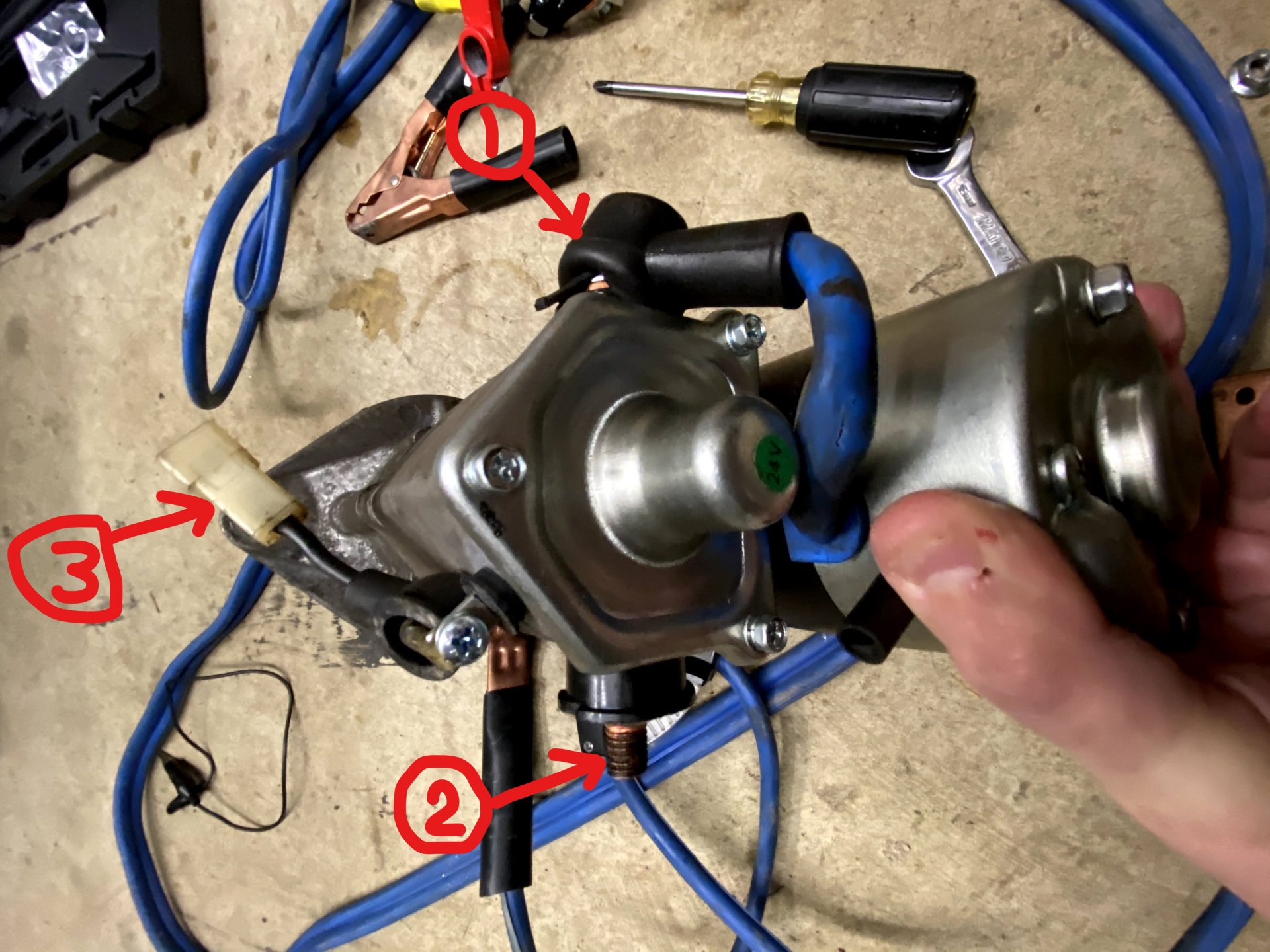