Thanks @Desert Dino for the reminder. I have it covered with switch at my fingertips that controls the power to fan relays. Also I have a very heavy nylon tarp that is sized to the grill.. the louvers in my hood and overlaps the passenger side headlamp area to help with water contamination of the intake to the air filter. No snorkel.. just not sure yet if I want one.
Last edited: Nov 4, 2020

Beautiful craftsmanship !! Look forward to your write up and results.

GOTLOCKED96 said:
I believe these around 1600 depending on options.
Click to expand...

Thanks for the query. Life got in the way for the last 3 or so weeks. Consequently I have been working completely in bits and pieces on the install. Along with the radiator there were quite a few other things that I wanted to attend to while I had the front of the engine bay stripped down.

I am in the process of reversing the teardown into a build up. I will post some of my thoughts on what I did and how it is going. Hopefully I will get to the posting in the next day or so. The good news however is that Ron Davis the owner of Ron Davis Racing Radiators is an amazing guy and wants to do everything to ensure that his radiator is completely perfect in every way. I have first hand knowledge of this support and I would only buy from him if something happened to my first Ron Davis. I appreciate that kind of approach from a business owner in every way as it doesn't happen enough in todays world.

Wow.. I can’t believe the whole past week has evaporated. My apologies as I had promised at least a bit of an update. Life just will not stop getting in the way! Please stay tuned and I promise that my days of making excuses will come to an end shortly. At least I sure hope so. I know my 80 would like some love and attention.

Since I made promises that I couldn't keep in regards to writing some content for this post.. my apologies once again. I am just a "Bad" and sometimes thoughtless MUD member.

Guess I can blame it on my career work.. my work I should do at home.. and a bunch of other stuff that just gets in the way of the fun stuff in my world. Where ever it comes from.. I am guessing that it is JUST life and we all deal with it!

Finally the Ron Davis radiator is in and living well in its new home. As a refresher I ordered the version with electric fans. My initial thoughts before I received the box.. it would be a no big deal install. Drop the radiator right into place.. hook up a couple of wires and I am off to the freedom of driving miles without the thermostat even opening. Almost true.

There is no just dropping this "big girl" into place and hooking up a couple of wires. This is a big radiator! The fans and what makes them run.. aka the wiring and such is beautifully done.. but you have to find a place for the 10ga wires to reside. They have to be safe and away from harm. Unless of course you don't mind lots of arcs.. sparks and going dark while driving down the Interstate. I am saying between the transmission lines and routing and installing the extremely well constructed wiring harness.. lots of attention has to be paid to routing.

I will go into all of the fun and foibles in regards to the installation in another post. It was interesting. Meanwhile I have a few simple temperature numbers that might mean something and then again maybe not. However I did find that "I was impressed!" and considering we are heading into winter I felt I had to offer something to the folks here on MUD. So hear goes.. nothing exciting.. nothing scientific.. just some numbers for conversation sake and to make me feel better.

Started the LX for the first time yesterday.. Saturday night. My garage / shop was 76º. It took bloody forever to warm up to the thermostat opening temp. Which ironically is when the fans turn on. Total time to temp.. a good 30+ minutes. I do believe that the T-stat is a 185º version. According to my infra-red temperature tool the upper hose was at 172º. The lower hose was at 92.6º. The fans had been running for about 1 minute. I thought that was a nice drop top to bottom. However I don't have anything to compare it to.. just that it seemed pretty cool (no pun intended).

Of course I realize that my in shop tests do not tell the real story. So headed out today to run my Thermocure thru the cooling system and provide a little stress test at the same time. Headed up a highway that climbs from 5k feet here at home up to a good 8500 foot elevation. Summer time would have been a great test.. unfortunately we are headed towards winter here at the home base. Good news tho' as I headed down the street.. my very accurate VDO ambient temp gauge showed 72º. It is a steady climb not too long after leaving the house. After about 8 miles it starts the real climb. For those 8 miles I had the fans shut off and never registered any higher than 189º. That is driving directly into the sun.. no clouds and with no shade.

Topped out at the summit and my highest temperature was 186.4º. To top that off.. I only had to shift down to second once. Normally at anytime of the year.. 3 downshifts to 2nd are the norm. Uphill pitches that you cannot gain any momentum for. There is no question in my mind that I had a bit more power. Has to be the fans. Normally my viscous coupling is fully locked up as my temperature is around 200º give or take. At times 212º. At that temp the viscous fan hub is super hot and solid.. if so then the engine is working really hard to turn it.

There you have my little snippet as to the early view regarding the performance of the Ron Davis. I will try really hard to write up a piece regarding the install. Well on second thought considering my checkered past for putting fingers to keyboard...
Last edited: Nov 2, 2020

Took an hour long drive early last night. Outside ambient temp 60 degrees. Probably needed to cover part of the radiator in order to get the temp up to “normal”. No heavy engine load.. just out and about our local countryside. Nor very little stop and go. Highest coolant temperature 181.4. I am happy so far.

zonker said:
Took an hour long drive early last night. Outside ambient temp 60 degrees. Probably needed to cover part of the radiator in order to get the temp up to “normal”. No heavy engine load.. just out and about our local countryside. Nor very little stop and go. Highest coolant temperature 181.4. I am happy so far.
Click to expand...

I am assuming that you had the fans off ?

Broski said:
I am assuming that you had the fans off ?
Click to expand...

Ooops.. this is what happens when I try to wake up before 10am! Yes the fans were NOT on.

My Ron Davis paired with a modified hub with thicker oil and adjusted timing on the spring along with 2 dual Spal pusher fan up front with a vented hood is more than enough for hot SoCal/Death Valley type wheeling. I can even run Full AC on 4Lo 100 degree heat and my coolant temp stays below 200F 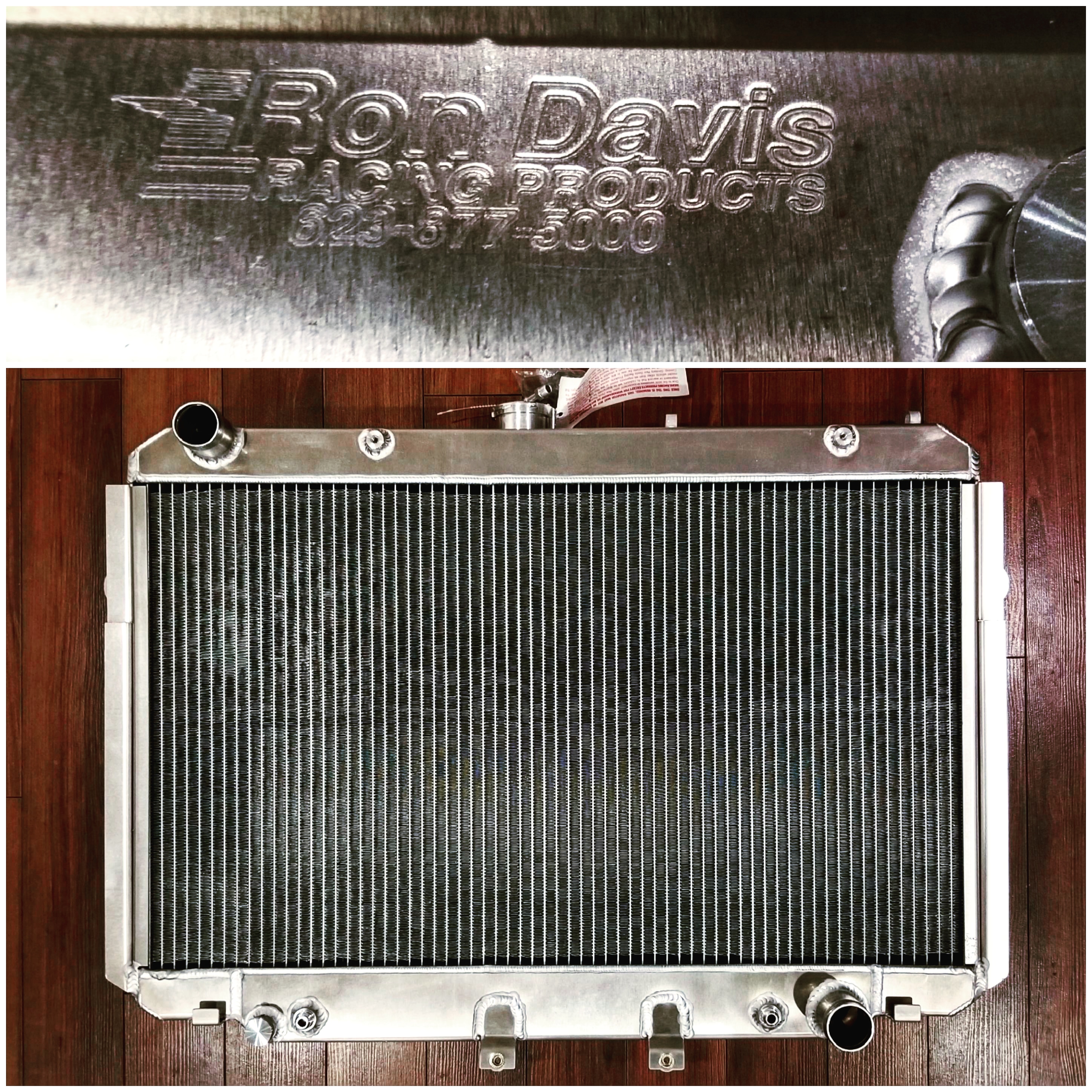 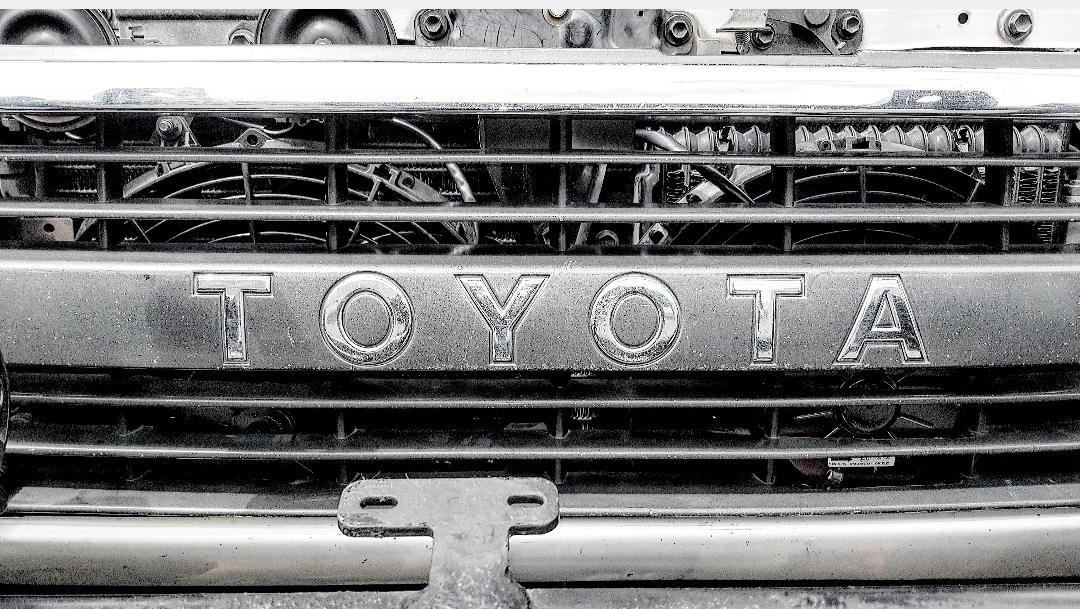 Marco Lau said:
My Ron Davis paired with a modified hub with thicker oil and adjusted timing on the spring along with 2 dual Spal pusher fan up front with a vented hood is more than enough for hot SoCal/Death Valley type wheeling. I can even run Full AC on 4Lo 100 degree heat and my coolant temp stays below 200F

Very impressive, this is the kind of feed back I'm looking for.
In my opinion totally worth the money if I can run the AC when I'm rock crawling and it's 100 degree out !!!

Wow, what a cool tread. My cooling upgrade was a new fan! Electric fans must give a 5hp crank gain. Nice.

I too have a vented hood. I installed the Poison Spider version insert a couple of years ago. There was a thread back then in regards to this large vented panel. Unfortunately you have to cut a fair amount of hood. But the good news.. it dropped my engine bay temps and coolant temps. On a hot day you could see the heat waves coming out of the vents when the engine was running. Lived in Oregon at the time and water intrusion via rain was never a problem. Thanks to all the waterproof connecters under the hood.

Don't have dual Spal pusher fans.. but I do have the shroud and Spal puller fans that Ron Davis builds. The shroud is beautifully made. With dual fans it pretty much covers the whole backside of the radiator fins and tubes. Also as a bonus it would be just about impossible to get a shortened finger because the fan got in the way of your blunder.

If I have my SPAL part numbers correct.. each fan moves 1350 cfm. That is a lot of air! With the fans on I can stand at the front of my ARB bumper and feel the air pulling me to my doom. At this time all indicators point to pulling our little RTT trailer (loaded about 1250 lbs).. our 3 Basenji's (28 lbs per dog).. all of our stuff that makes for an enjoyable journey.. plus our two older adult butts and not have to eyeball the Ultra-Gauge near as much when climbing the uphills that a journey throws at you.

I feel it was money well spent.. even tho' I choked when I gave him my debit card number. I am sure there are a lot of great radiators out on the market. Most of them substantially less expensive. But I know one thing for sure.. all Ron Davis builds is radiators. I could literally drive to his shop in Arizona to visit his operation and speak with him in person. In fact he told me to stop by sometime for an in-depth tour and he would love to see my LandCruiser.. LX that is! If my memory serves me correct.. he has been at it for 35 years. Also his client list is pretty impressive. Lots of Dakar competitors. Quite a few top racing teams. Drivers such as Robby Gordon spec his radiators. I came to the conclusion that if these radiators survived and worked really well in competitive environments.. they should do VERY well in a little old LandCruiser.
You must log in or register to reply here.

J
Quick help needed! Won’t start, no electrics at all. Was driving fine an hour earlier.

Toyota 3FE FJ80R landcruiser has no power in gear but idles and rev fine in Neutral.

Easy method to get upside down races out

Now this is odd: Truck running fine, parked it, came back out and completely dead: shift locked up, nothing works...