I'm dropping this thread in here just for anyone else who may have this problem. It's old news to anyone who's had this problem and it makes sense when you lay it out, but I spent a good couple of hours messing around with things before I figured out the obvious. I have a background in RF engineering which made this even more face-palm.

If you're using a ground plane antenna and a stud mount (typical, and as pictured), you need to create a bare-metal connection between the bottom stud mount and the metal of the bumper your securing it too, right where the red arrow is there: 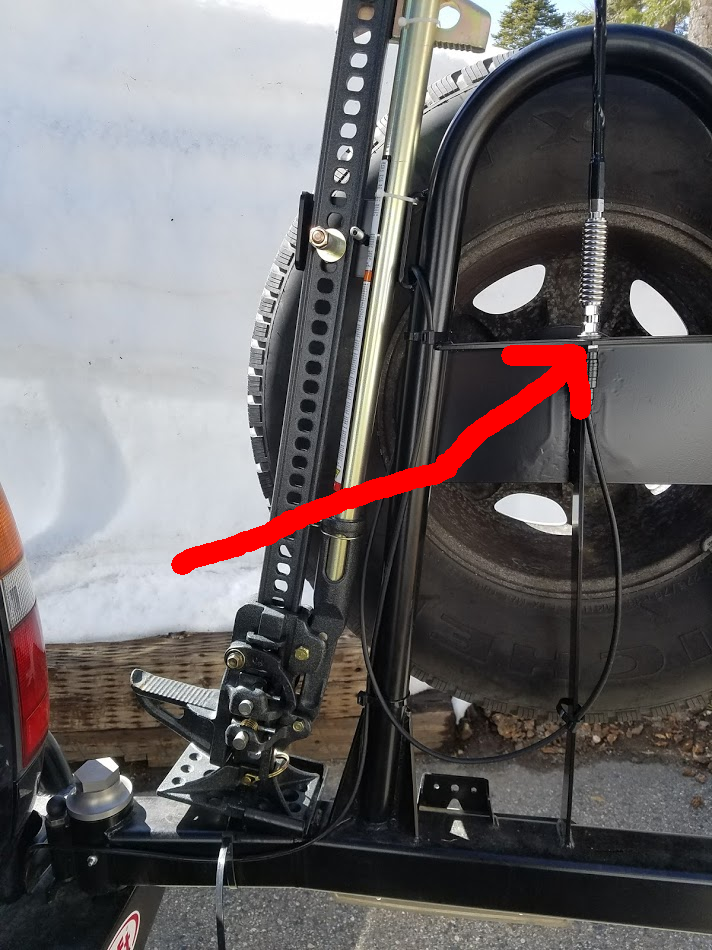 Basically take a Dremel with a wire-ish wheel or some emory cloth and get down to bare metal on the bottom side of the mount hole (all the way around, about 1/4" out), then wipe it with a paper towel to get the remnants out. 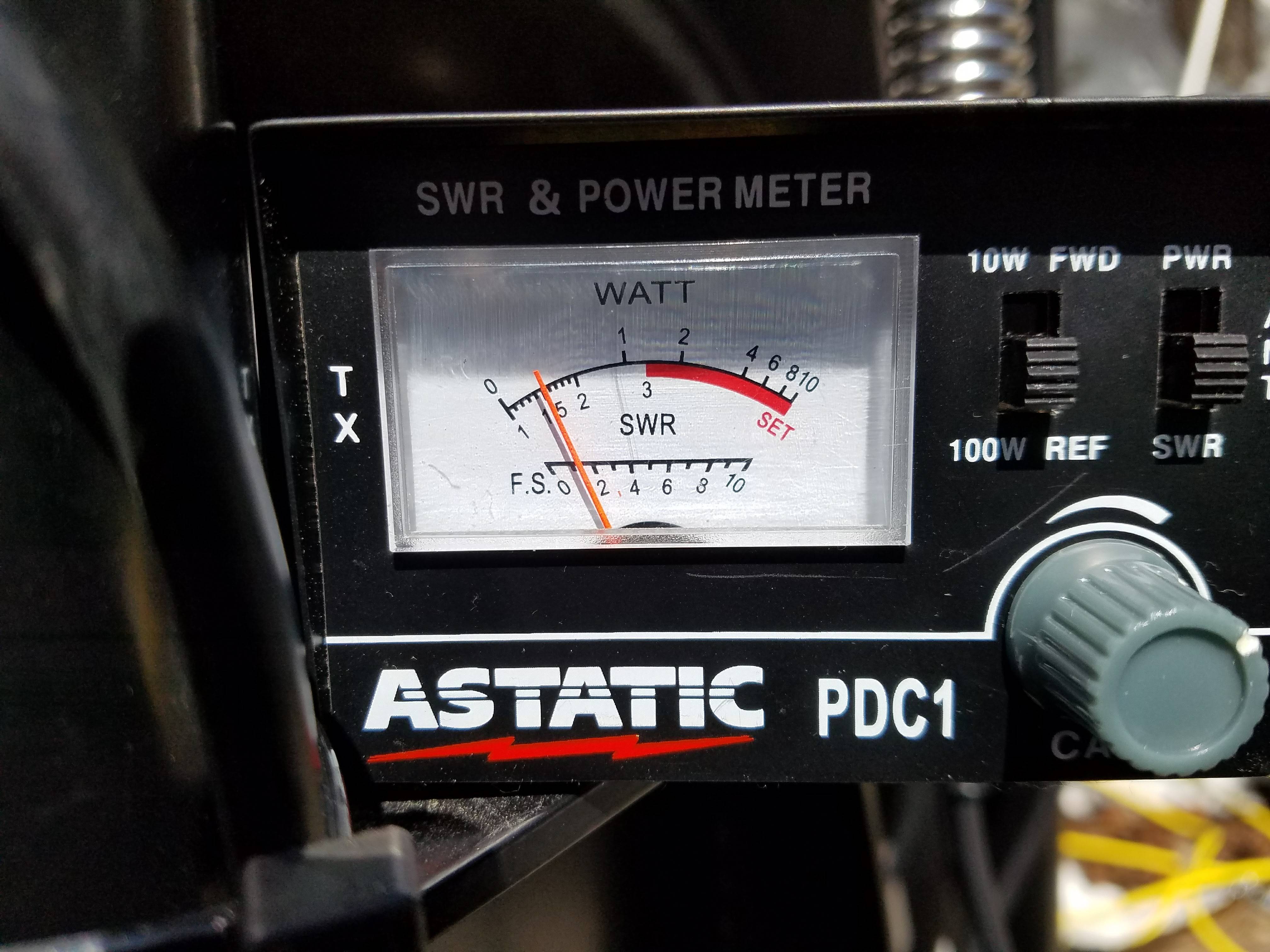 Interestingly enough, I had much worse results if I just ran a copper cable from the outer housing of the PL-259 connector (the part that connects to the now-bare-metal) to a random metal bolt on the frame.

This demonstrates to me the difference between RF ground and electrical ground. These are connected on most cars, but the shape/metallurgy/conductivity/position of whatever is making the direct connection between the outer housing of the PL-259 connector matters.

Anyway, I hope that helps some folks who run into a similar situation can do this nice and quick.

Looks identical to my setup: Fire stick with a spring and quick release mount. I just bolted the antenna through a large ring terminal and ran a strap to the stud that holds the jack on. SWR dropped about the same amount you saw.

U
Part number for Seat mount bolts for a '97 LC