Shimano A530 pedals with traction pins

I posted this up on MTBR.com but I thought you guys might dig it as well.

I gave up on clipless pedals about five or six years ago and completely swore them off. Never again was I going to think about clipping in or more importantly, clipping out. I was always clipping out. I'm a big pussy when it comes to riding technical sections with my feet hopelessly bound to my pedals mechanically. I don't know why but I could never get over it. It was a thorn in my side on all but the most buttery trails for over a decade. I said fxxx it. I was over clipless pedals.

I began my love affair with a pair of Wellgo MG-1 flat pedals. This was the best decision I ever made. Gone was that little voice in the back of my head telling me to clip out over those gnarly rocks on my weekly night ride. I was free. Life on the bike was rad. I could focus on the task at hand which was shredding descents. Me and my Vans. Old friends, reunited. Just like the old days.

The good times never last though. I recently got a new bike and found myself riding much, much more than I ever had before. The long climbs up to my favorite trails were becoming a burden. Wearing floppy ass Vans or a pair of Converse just wasn't going to cut it any longer. I needed to clip back in and I knew it.

A few years ago this hippy rolled into the shop on a touring bike and his pedals quickly got my attention. They were SPD on one side and flat on the other. Shimano had been making pedals with this concept for quite some time but these were different. They weren't totally stupid looking. They actually had a decent size platform with a really nice shape. These pedals were the Shimano PD-A530. The only drawback was that they didn't have much in the way of traction on the flat side. Just some smooth bumps around the sides. I immediately pictured them with traction pins.

I knew it was finally time for me to order a set of these and modify them with set screws for traction. With my new pedals in hand, I hit up my favorite hardware store and bought two sizes of set screws and the corresponding tap I would need.

I chose to use #6-32 set screws. For the front and rear pins I used 3/8" which were just slightly longer than the 5/16" screws used for the pins on the sides. After a couple rides I decided to add a pin on the center line, right above the axle. This pin would need to be super short so that it would not interfere with the movement of the axle itself. I used the Dremel tool to shave the pin down to about half the size. A bench top drill press was used to keep the holes true and the depth consistent. I would not have tried to do this project without the drill press. I might have destroyed a perfectly good set of pedals had I used a hand drill. As for the tapping, these are blind holes and they do not go all the way through the material. I needed to use the Dremel tool to cut most but not all of the tapered end off of the tap. This created more of a plug tap and worked perfectly. All the hardware was secured with blue Loctite.

Coupled with a pair of Shimano M-162 shoes these modified pedals have exceeded my expectations. Clipped in climbing is great of course. The modern Shimano SPD mechanism is golden. When the trail points down, a quick flip of the pedals and I'm back to my same old tricks over snotty roots, slimy rocks and the occasional jump. Best of both worlds. A dream come true. 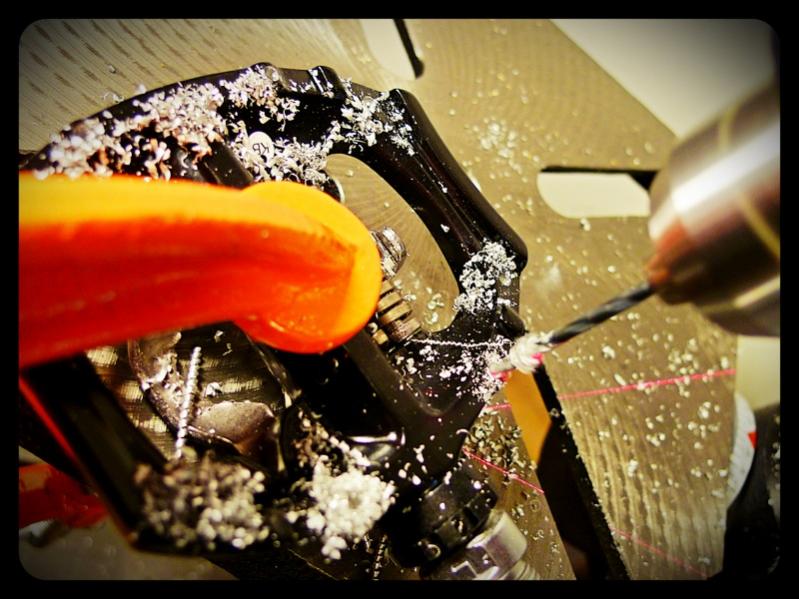 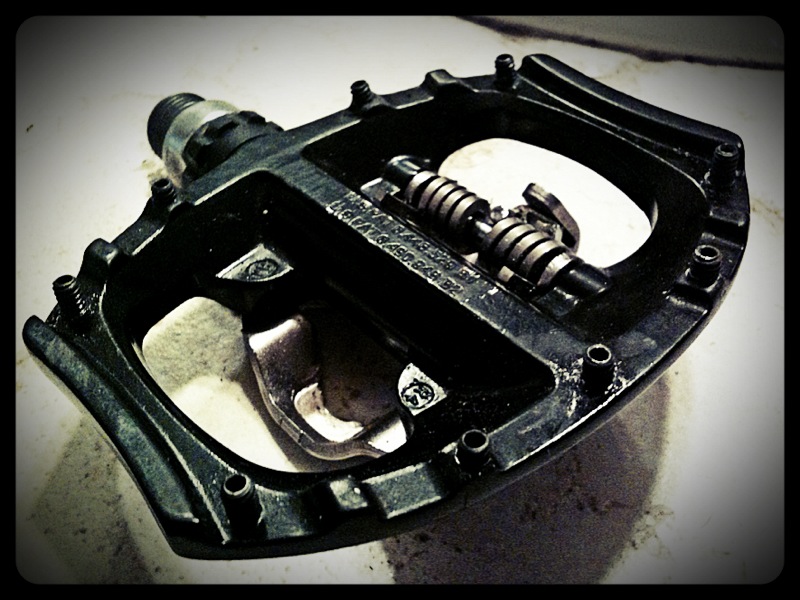 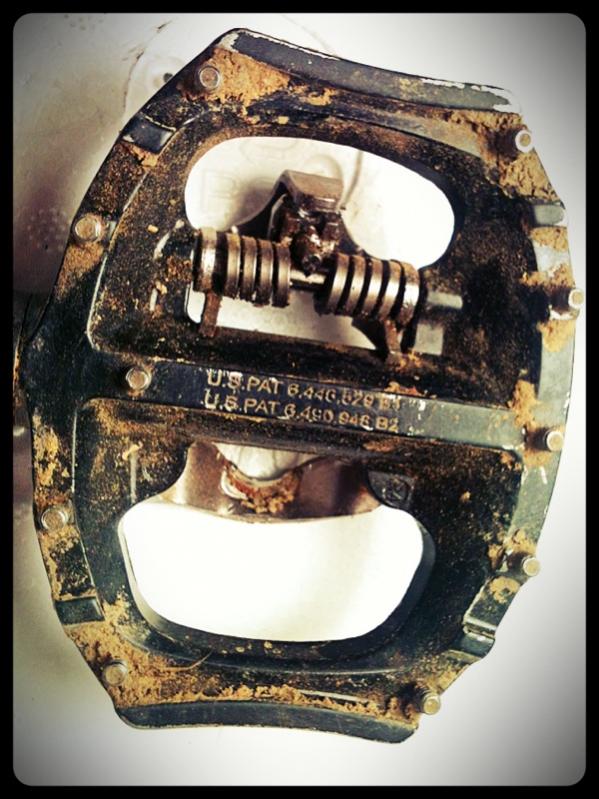 Look a lot like the Forte boulevards I have on my cannondale badboy. Nice having the option of clipping in in and hammering out some miles or just jumping onto run some errands around town.

JohnB said:
Look a lot like the Forte boulevards I have on my cannondale badboy. Nice having the option of clipping in in and hammering out some miles or just jumping onto run some errands around town.
Click to expand...

You are correct. The Forte pedal is a copy of this Shimano pedal. These were originally intended for exactly that type of riding.