Ok heres the plan, I cuurently(no pun intended) have 170AH worth of odyssey extremmes under the hood a 70AH starter battery and a 100AH house/auxilary both fed off a 150amp seqoia alternator TO A NATIONAL LUNA dual battery setup I installed with battery the house battery runs to a bussman fuseblock and all my lights and smaller 12volt needs are dealt with the bussman, then I have 1 guage merican made welding wire running through a 100AMP blue sea breaker to a set of lue sea posts mounted on a witsend QP insert those posts feed a 700watt pure sine wave invertor and an ARB twin compressor. a seperate fused line runs from aux battery to the rear soley for the fridge.

I have an SBS 270amp alternator http://www.smartbatterycharger.net/Toyota/1FZ-FE/1/309.html
But I may not use it, as the wiring and associated amperage may not be needed.My 150amp alternator should do fine, in the new setup
Im going to mount a new ReLIon 100AH lithium LT (low temp) https://relionbattery.com/products/lithium/rb100-ltyes it has a heating device built in to overcome the cold charging issues. and then Run wiring off alternator to a red arc BCDC 1225D Dual Input 25A In-vehicle DC Battery Charger and will be using the red arc to deal with power coming from a merlin solar panel 110 watt Camp King Industries FX24R 110 Watt Solar Panel- Low Profile Junction mounted on top of alu cab RTT I got the merlin because out of all the panels Ive owned and all the panels tested it actually produces more power than it claims.
the reLIon will power the gopower 700watt inverter, and the ARB as well as everything else the old 100AH did.
Ill try to get video of all of this as Im doing it, I see no need to keep dual batteries up front like many have because the 100AH never fully charged anyway. this is overkill and overboard kind of but I will keep this thread posted as I move forward. all parts ecept merlin are here. So its on.
Last edited: Apr 18, 2019 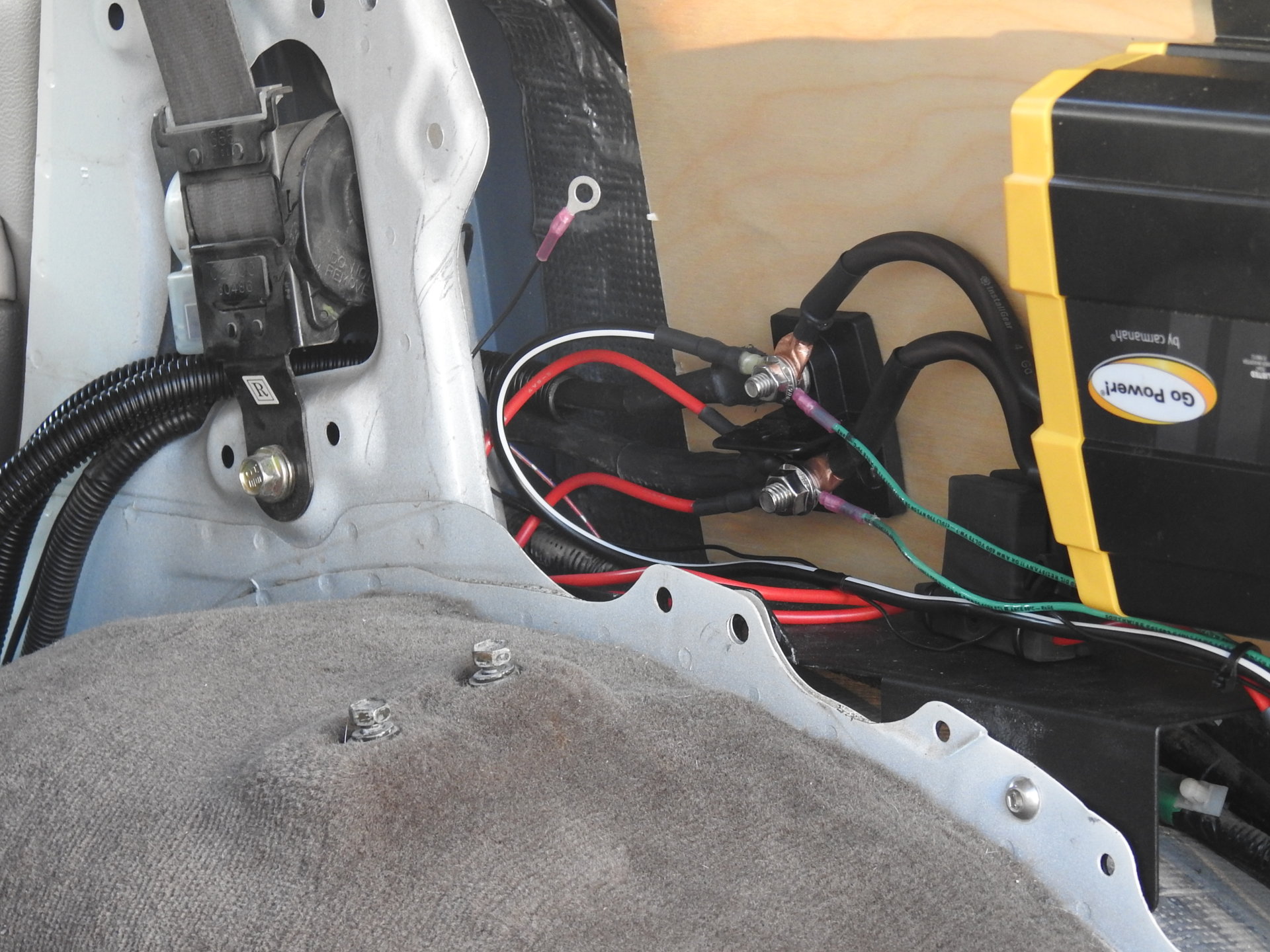 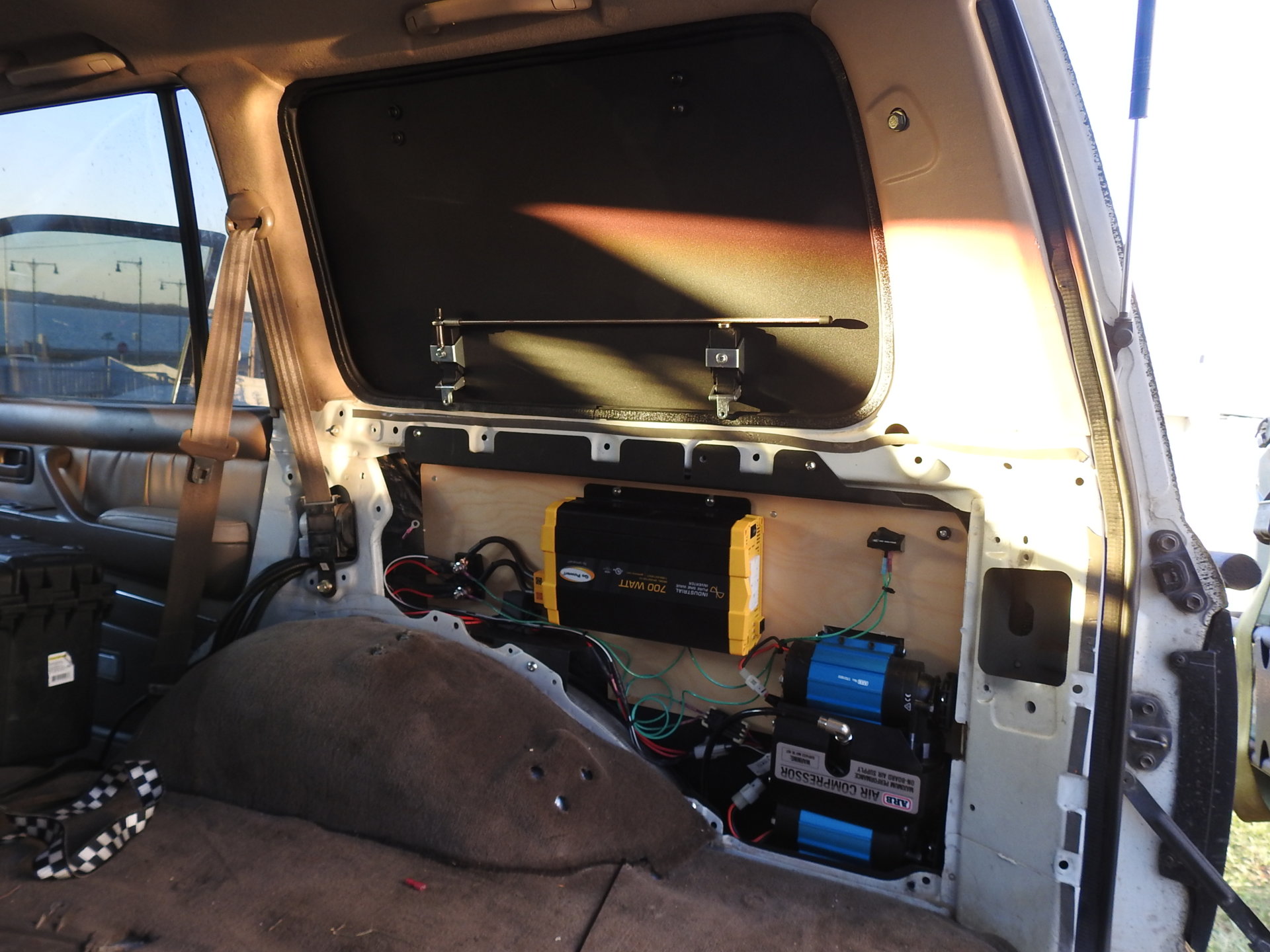 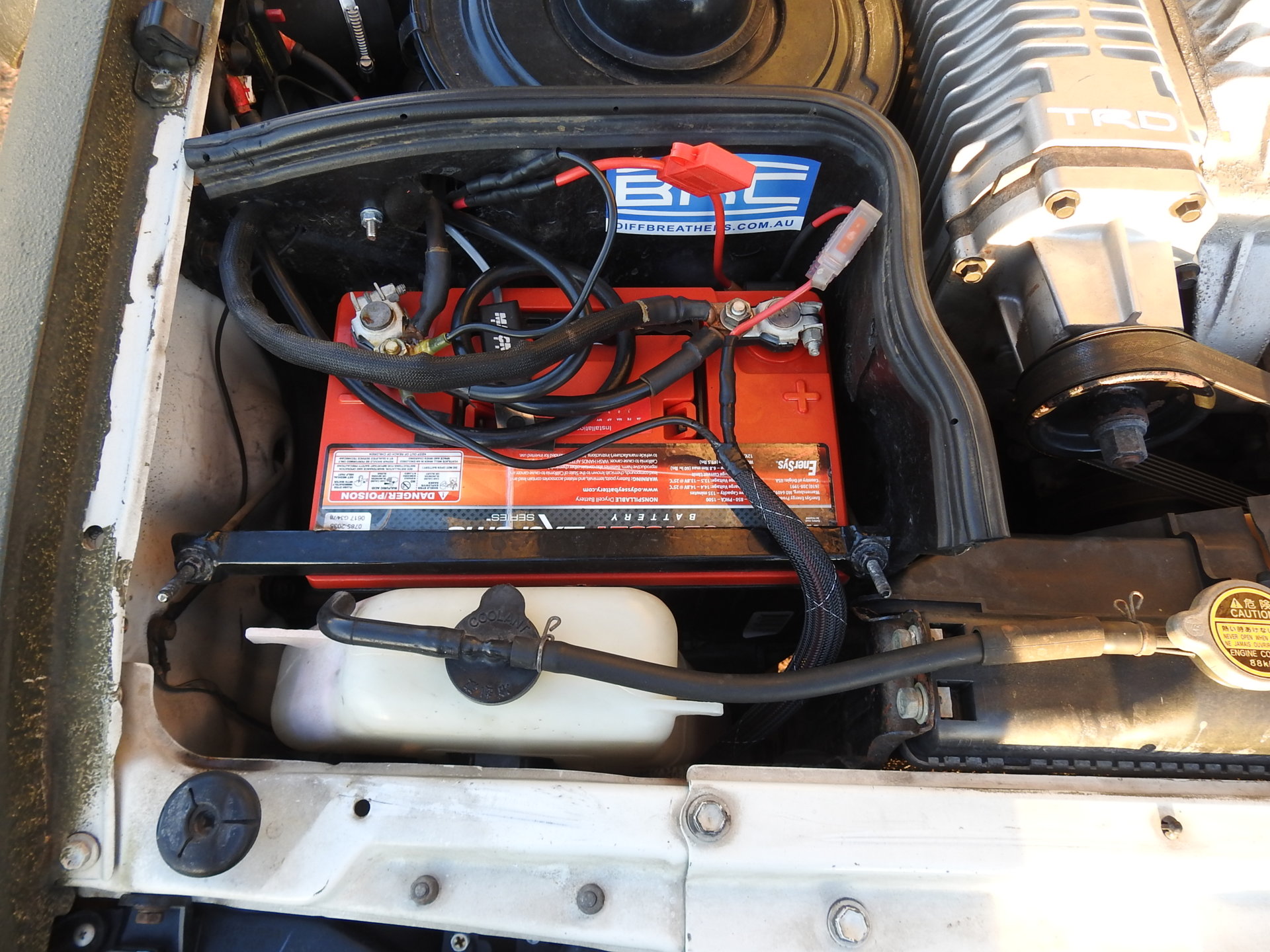 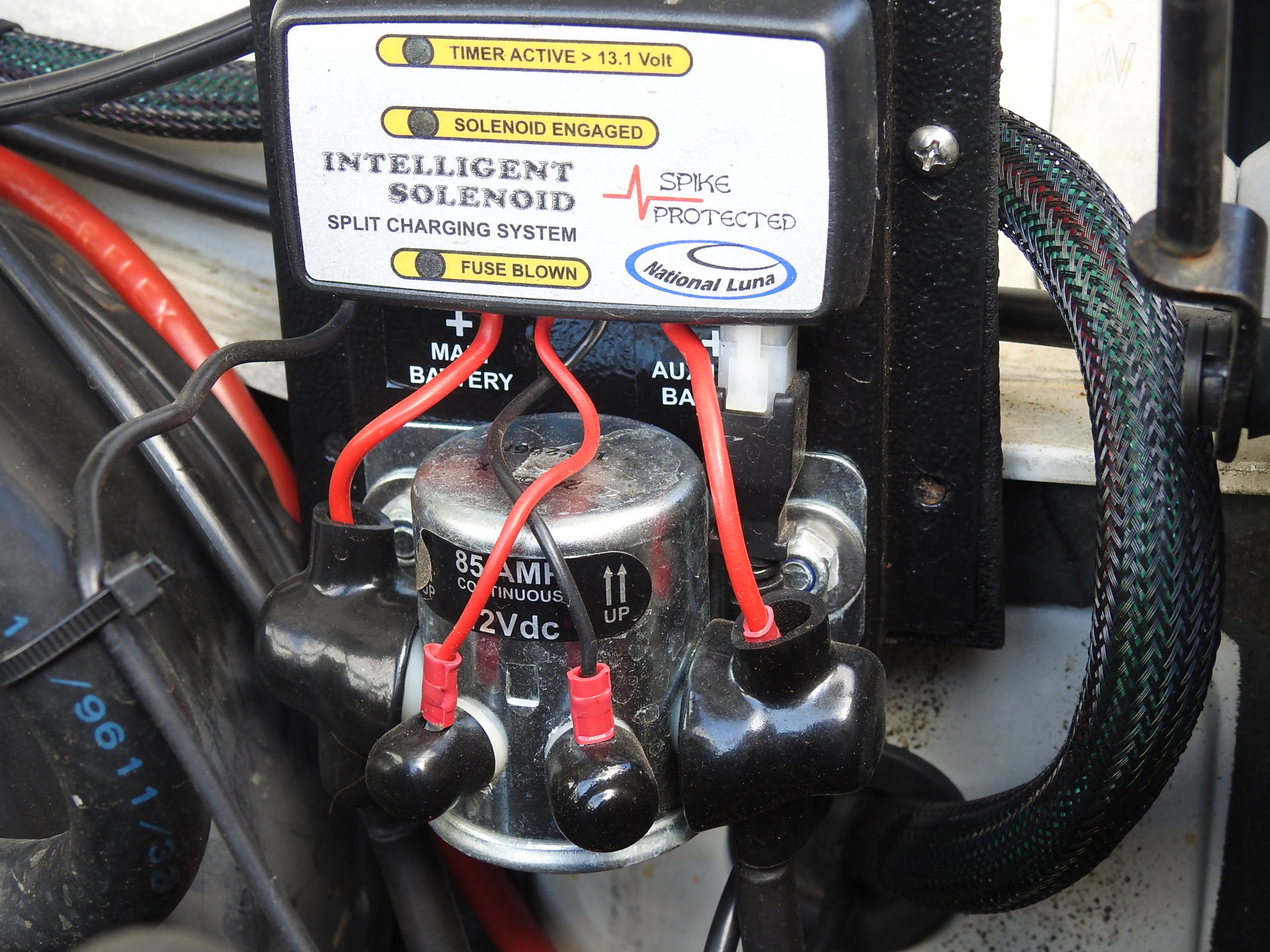 So to be clear, you’re mounting the RELiON in the engine bay or in the cab? If engine, I’d line the battery box with exhaust heat wrap or insulation to keep it as cool as possible. I see consistent battery box temps of very low 100s after hours of driving in 70-80 ambient temps. The Merlin panel is sick. I mounted one on Peter Sloop’s Tacoma. I think either alternator should do fine.

The BCDC is super simple. Run the red cable off the REDARC to your cranking battery +, brown wire goes to your RELiON +, yellow wire direct to the solar panel (no charge controller), and the black wire to ground (body and/or block). Super easy. 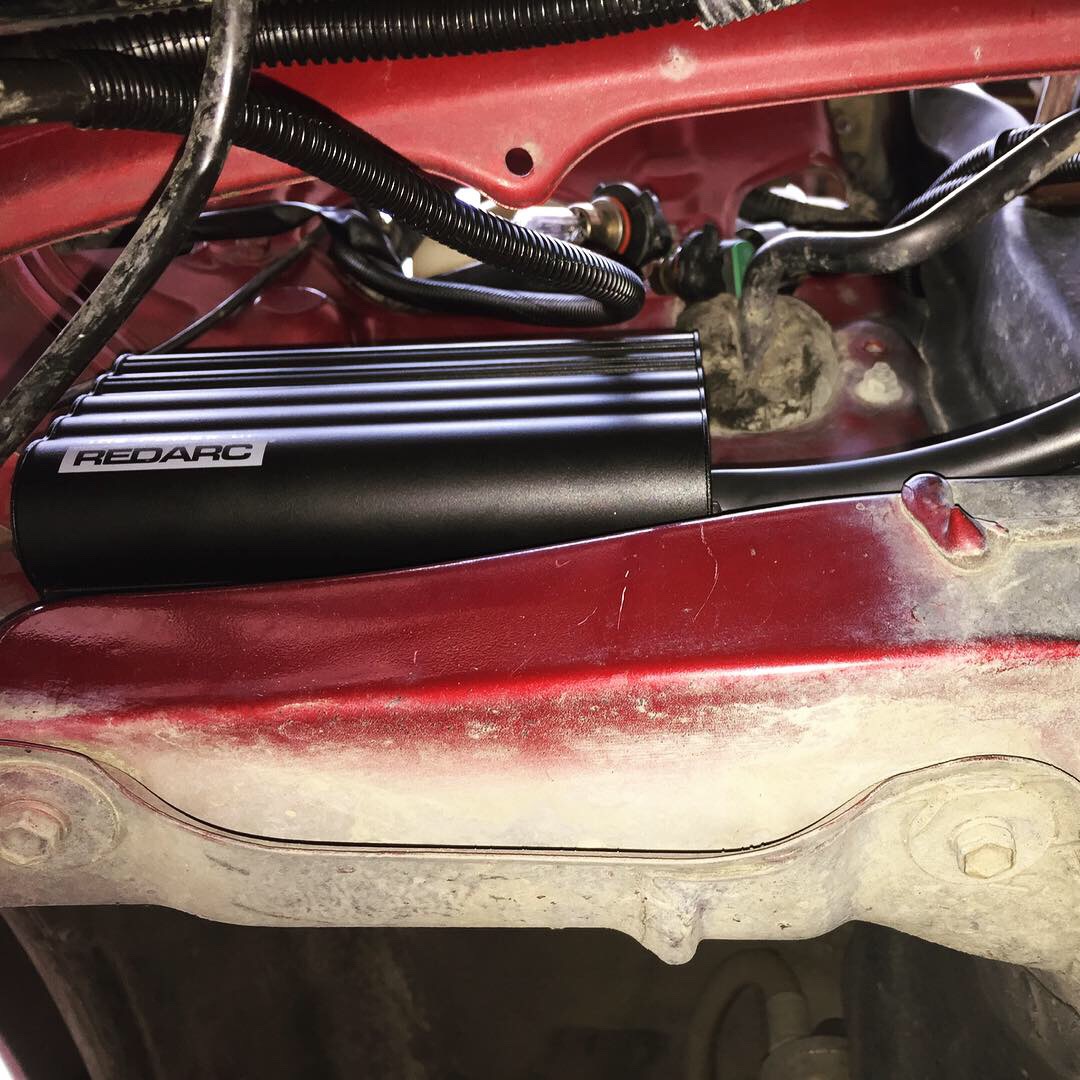 I had no high temp issues with a Battle Born 100ah in the engine bay while bombing through the Baja desert. Just a simple gold foil wrap around the battery. Intake temps were well above 120. The battery was operating as normal the entire time: powering fridge, inverter and accepting charge.

TonyP said:
I had no high temp issues with a Battle Born 100ah in the engine bay while bombing through the Baja desert. Just a simple gold foil wrap around the battery. Intake temps were well above 120. The battery was operating as normal the entire time: powering fridge, inverter and accepting charge.
Click to expand...

Nice Im mounting it in rear drawer setup Im building right now all wiring etc including red arc will be in rear.

following this, need to rewire my battle born bat + solar+ redarcbcdc1225... thanks for the pics so far

Ok heres an update the ReLIon 100AH low temp battery is installed and has gone coast to coast with me from 24 degrees to 102degrees no issues thus far heres some pics I built a new set of rear drawers, locking sliders and a locking fridge slide and behind the drawers and facing where the rear seats used to be is a magnetic panel that gives access to the battery,700 watt pure sine wave inverter grounding bussbar and victron bluetooth guage. protruding through the top and accessable through the drivers gullwing or rear door is a flaming river battery cut off and the red arc is also on top. All wiring was done by me with some tech advice from @Shoredreamer oh I also added a bluesea fuseblock on the side for whatever, as I already wired in a bussman fuseblock under the hood last year that taes care of all lights, 12volt usb plugs etc. also my weboost cell booster is housed in same area . 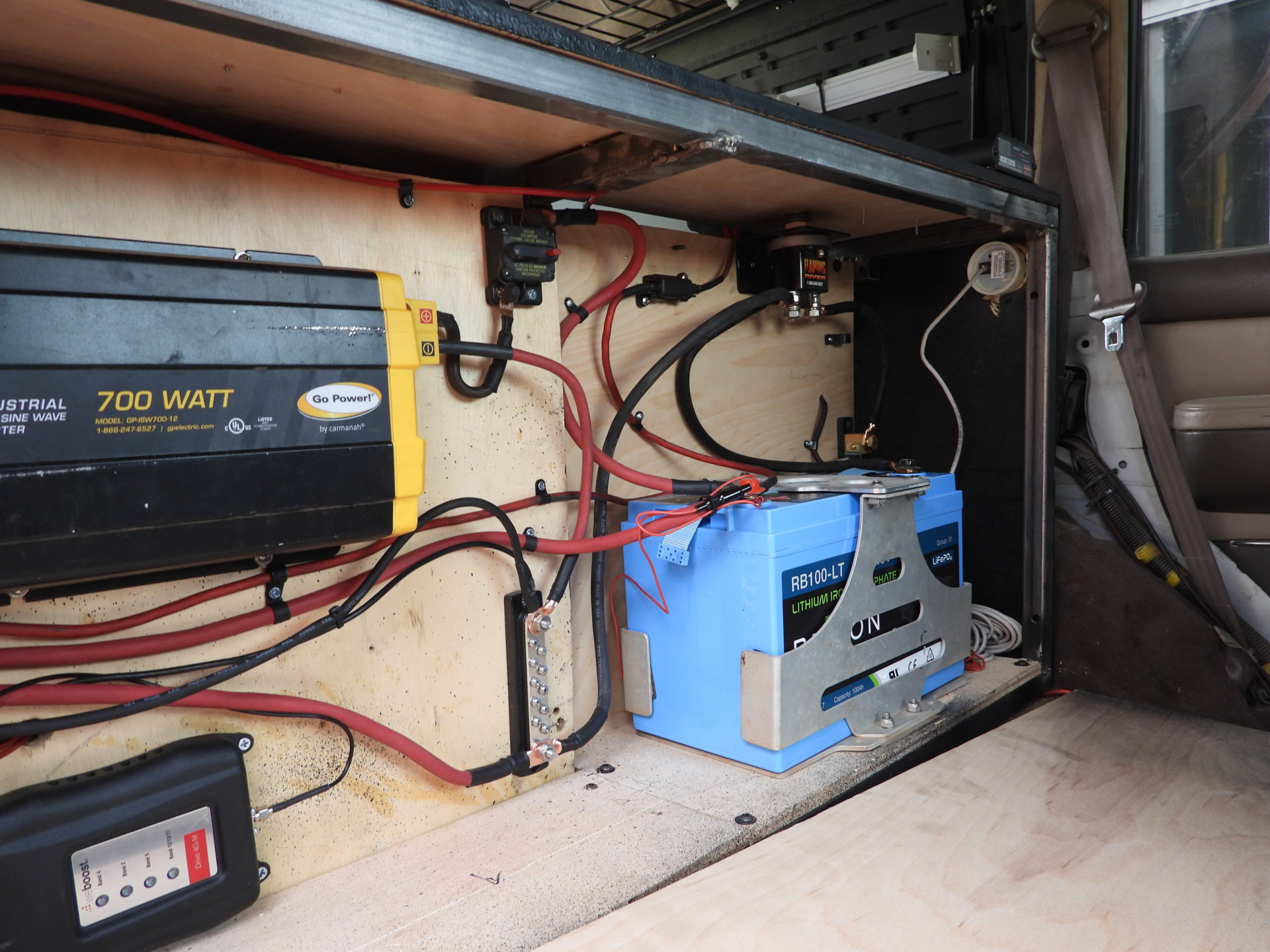 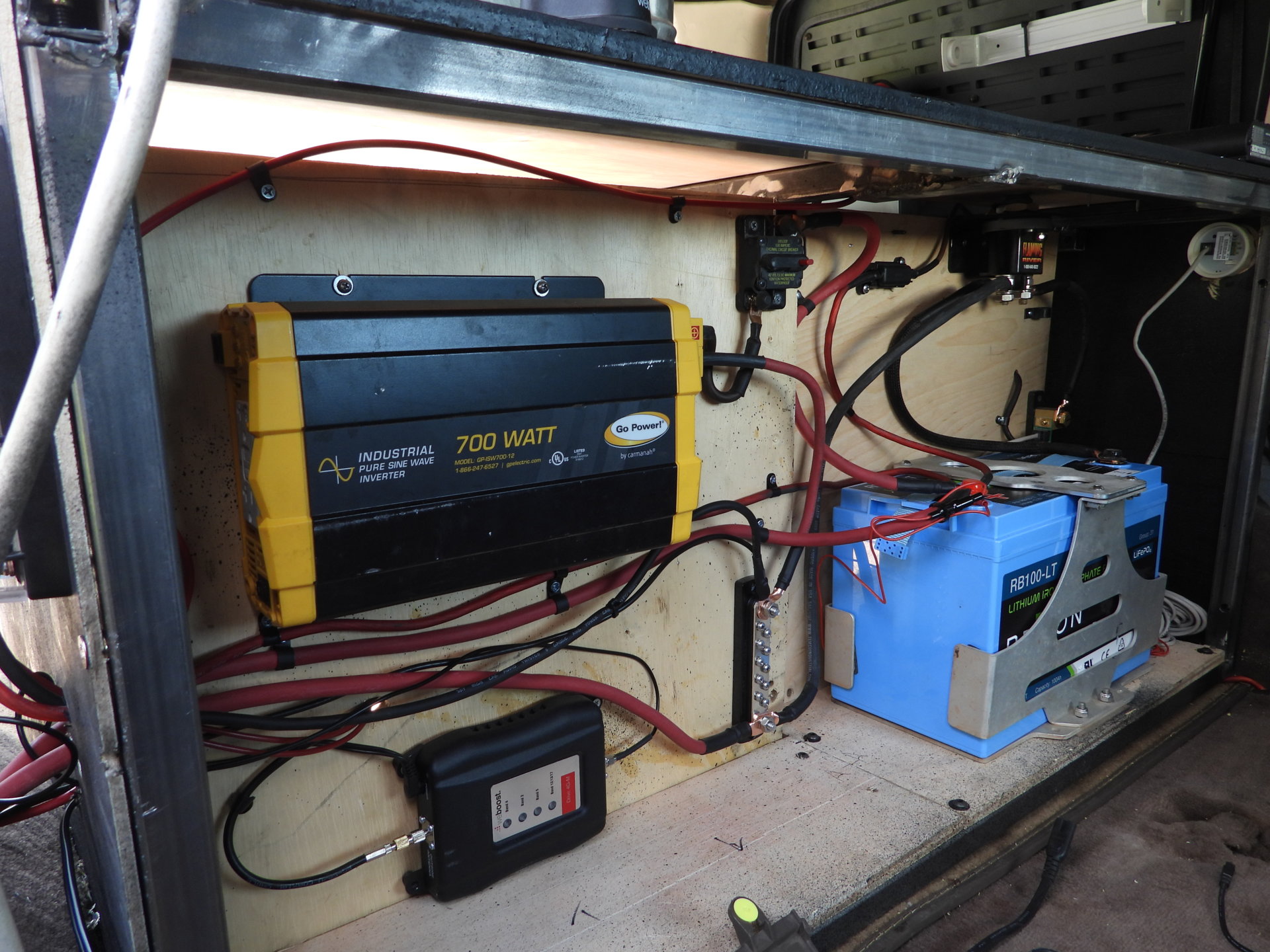 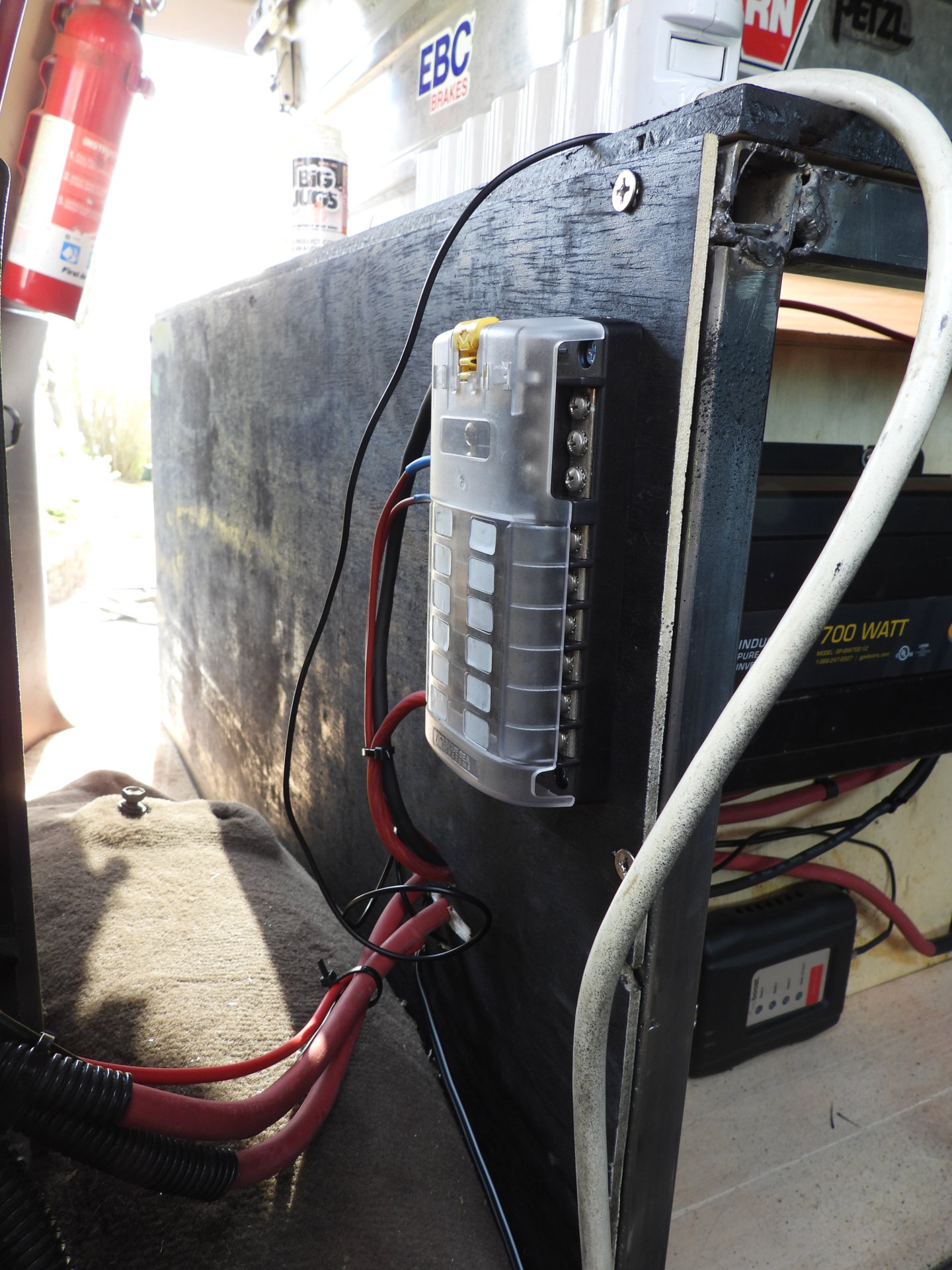 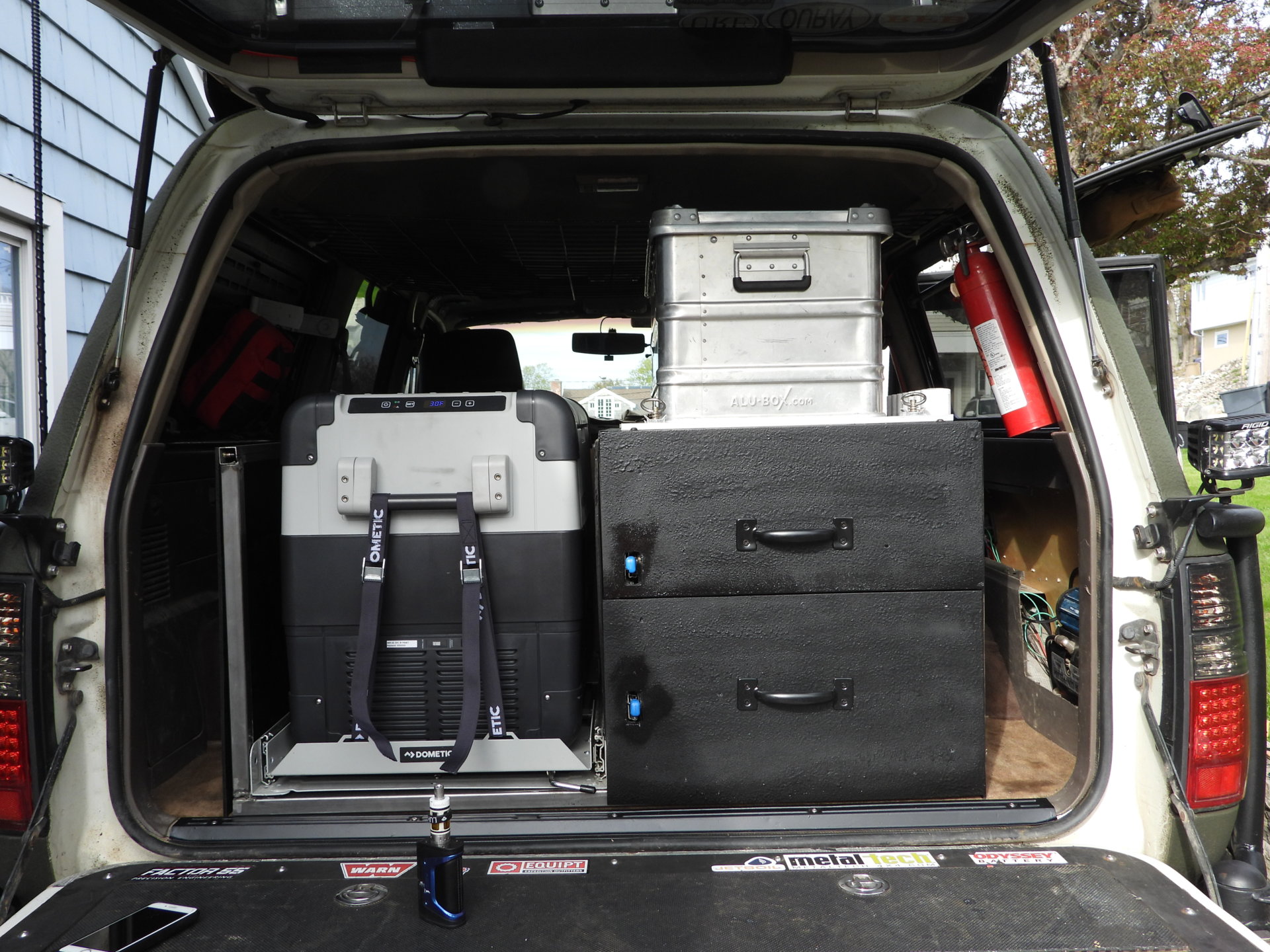 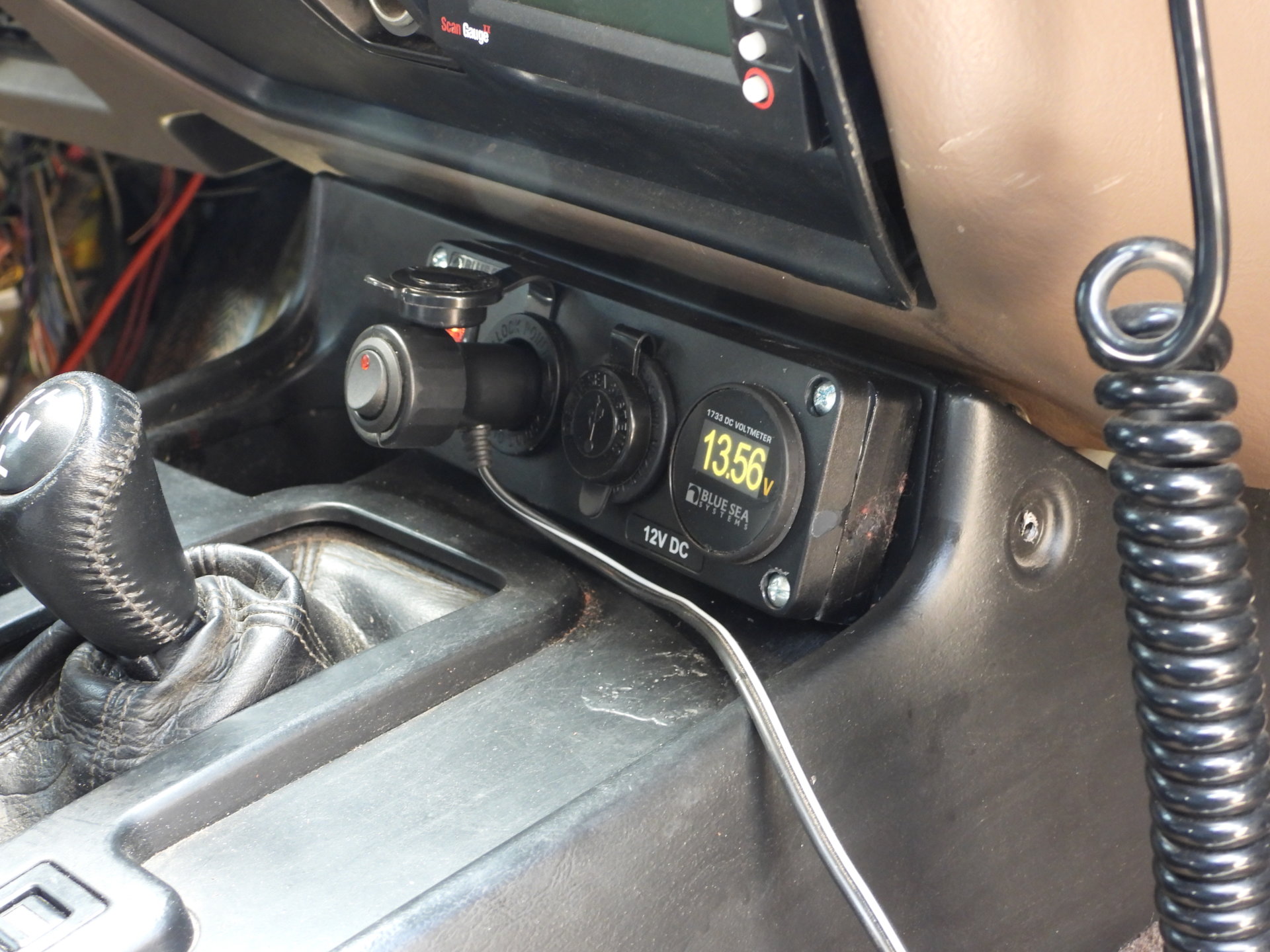 Lets see your AGM/Lithium wiring layout. Controls and all. Or your plan do this install.