TexFJ said:
Screw up was drilling the thru holes in the pillar and not just the plate. I’ll have to close pillar holes up before welding plate back on.
Click to expand...

Be careful when you do, it's pretty easy to warp the raingutter since it's thin, and you'll just be welding on one side of it.


MarkBC said:
You might want to consider spraying some Eastwood paint inside the pillar while you have the holes. Use the wand that comes with the frame paint.
Click to expand...

You can access that cavity from below, through the kickpanel. The dome light circuit comes down the DS a-pillar, and it's open all the way through. There's one seam that's an obstacle, but that's it.

After struggling with practice runs using the cheapo FCAW I got from Harbor Freight, I thought I would try some quick spot welds. Didn’t work so well so I’m thinking of taking rail off and using body panel adhesive. Toyota seemed to use both adhesive and spot welds.

anybody use adhesive on these and which ones? They all seem crazy expensive.

I've used 3M Fast 'n Firm which seems to adhere pretty well. They say it is the modern equivalent of what Toyota originally used. But it sets up very fast, like 10-15 seconds it starts skinning, so you need to act fast. I made the mistake of using it in my roof gutters and laying it in half the roof, then coming back to level it out. Didn't work out so well...

The advantage of using adhesive over welding is you will be able to paint things beforehand and not ruin that paint coating with the welding, so it will help with future rust protection. Just leave the metal bare where you apply adhesive.

Well I just bit the bullet and welded them on. with the FCAW I was fearing burn through so I just did a bunch of little spot welds around. (@GLTHFJ60 is probably shaking his head right now) Crossing my fingers it'll stay for the long run. Then did some grinding and filling. 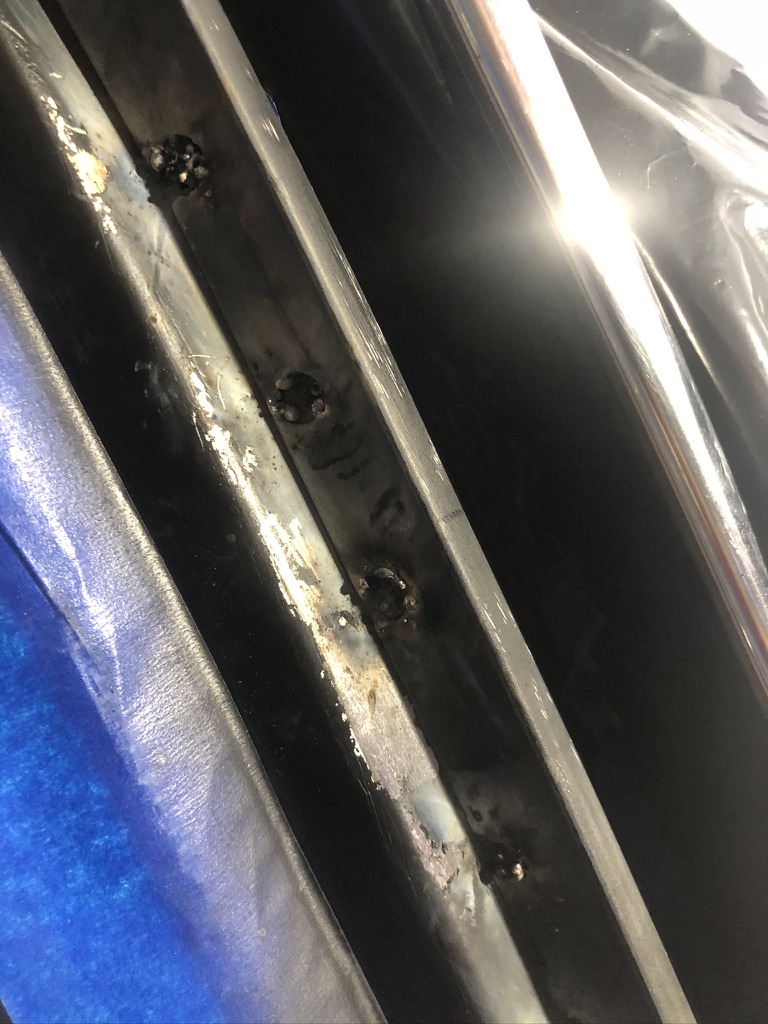 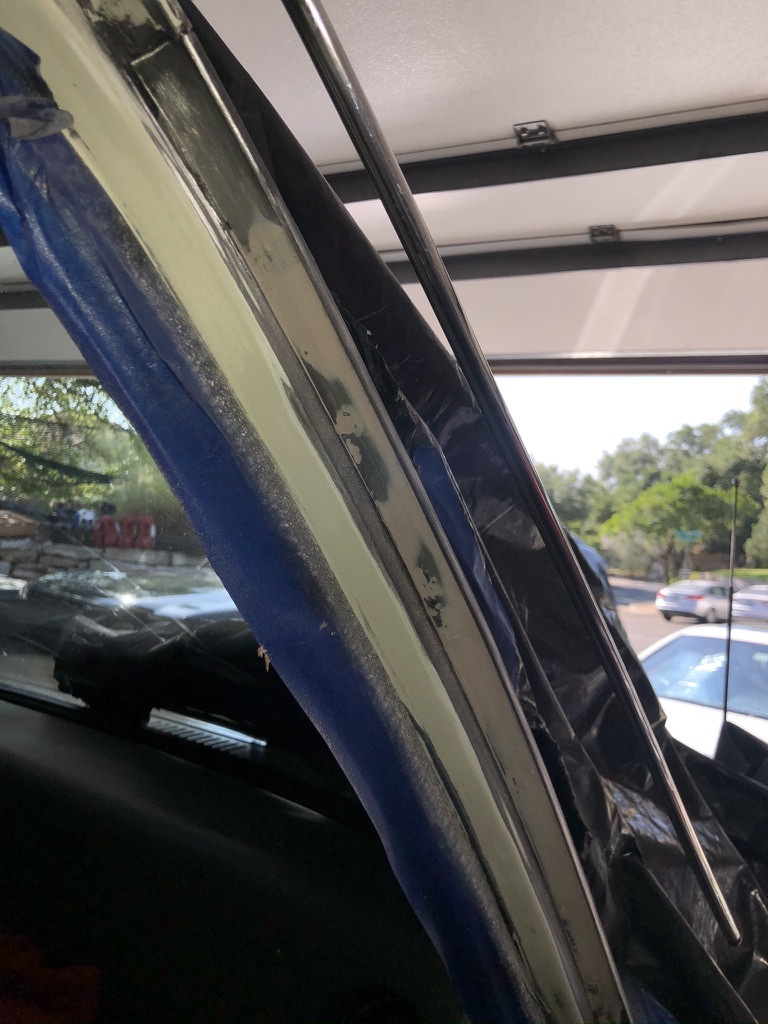 Assuming I won't be able to use self leveling sealer on this pillar gutter, right?

As long as you're happy with it, it doesn't matter.

used 3M self leveling 08307 on the pillar gutter area....oooof ..... that stuff runs faster than I expected. I was hoping there would be a molasses type of run but it was faster than that, perhaps due to the heat in Texas we are going through. Oh, and the eastwood version turned colors after it mixed, 3M did not so I was guessing how much to waste in the beginning.

I went back over it a couple of times but then it built up on the bottom. Decided to go over once again with the body panel adhesive, especially on top portion, just because I'm paranoid. Letting it dry overnight and we'll see how much I can sand it. Should I try to even it out after it's dry?

@TexFJ and others - speaking of the underside and vertical application of seam sealer. I found that there is rust that came through on the underside of my gutters. I have bought a few seam sealers to date - but with the intention of applying them on top of the gutter, not underneath.

Anyone have a good experience with a seam sealer that will work on the underside? 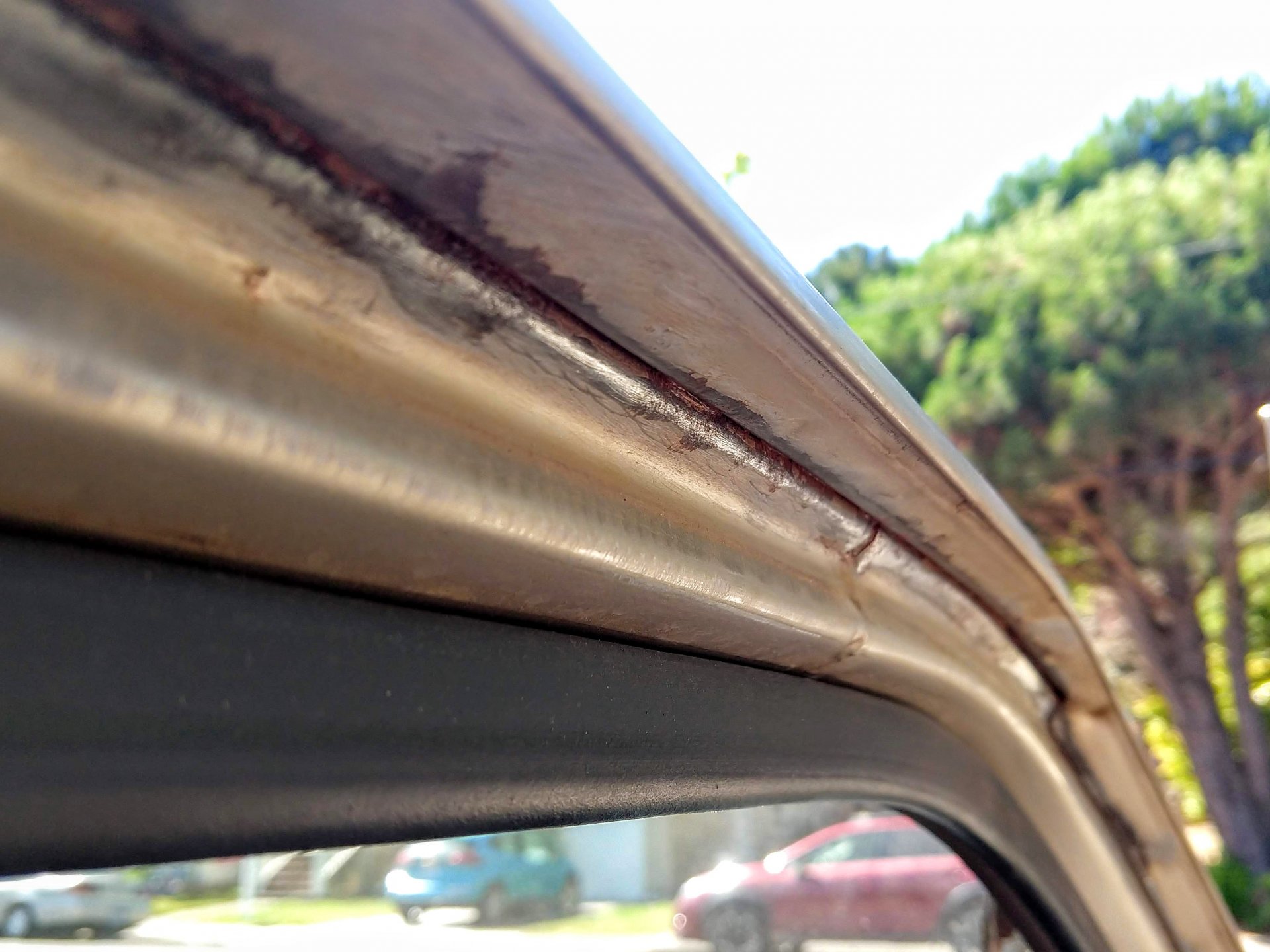 hygge said:
@TexFJ and others - speaking of the underside and vertical application of seam sealer. I found that there is rust that came through on the underside of my gutters. I have bought a few seam sealers to date - but with the intention of applying them on top of the gutter, not underneath.

Anyone have a good experience with a seam sealer that will work on the underside?

Thanks @GLTHFJ60 . Next step in my clean-up / prep will be to pull the upper tailgate to get access to cleaning under the drip channel on the back of the truck.

The things we do for our LCs...

I just discovered that I had this in my drawer... gonna try it out next time. Perhaps it would work well for the underneath as it's heavy drip. I'm not even sure I know what that means.

About a year ago when I was investigating doing all of this - and didn't do it - I bought the following:

Idea was to use as I repair rust around the car - around the wheel wells, drip channel... but I had not anticipated any vertical / upside down applications. 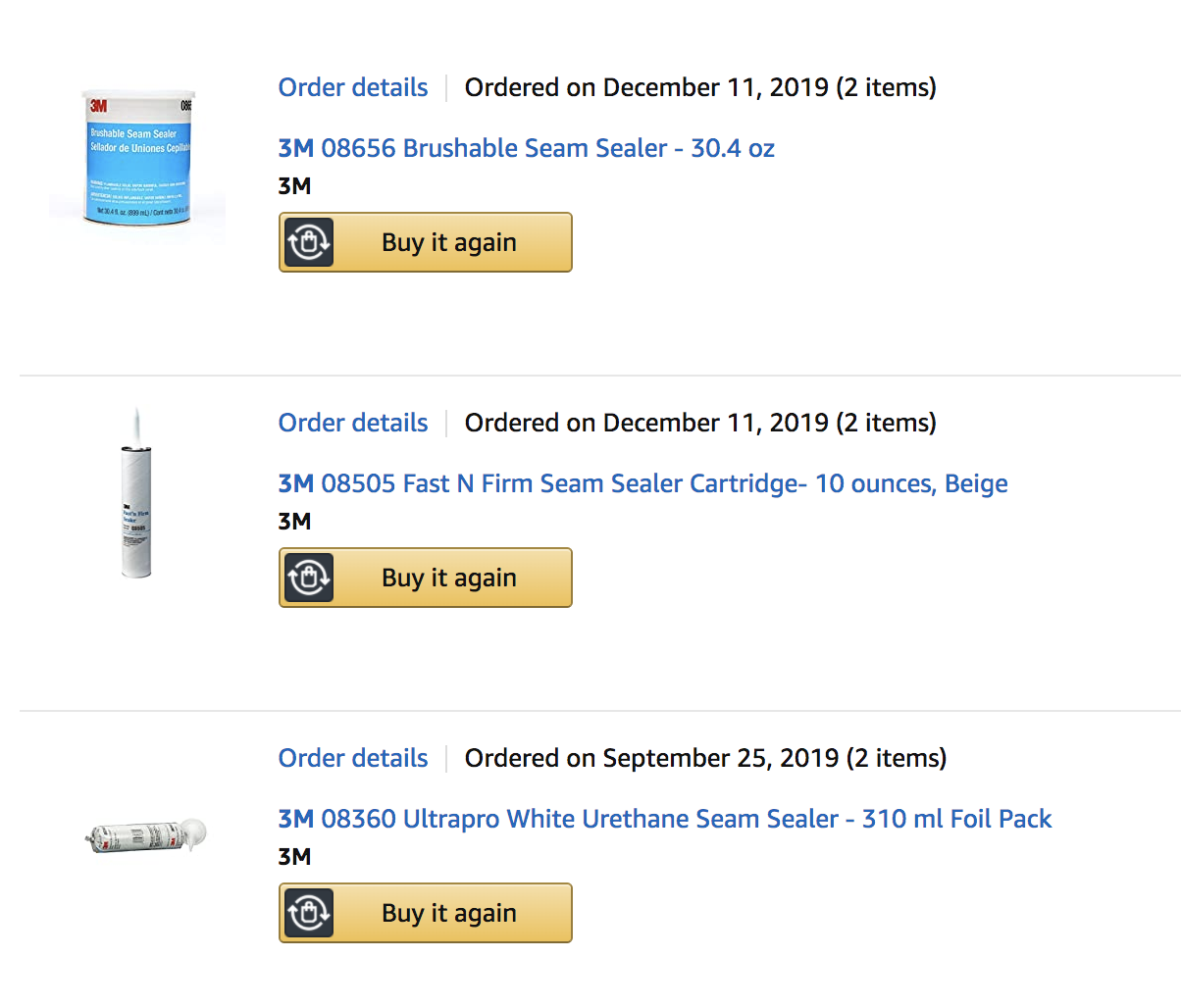 I would apply a rust conversion coating to the underside of that gutter before applying any seam sealer.

To get after the under gutter rust - I had to create a new Air Conditioner for the truck by removing the Upper Tailgate. I am perfecting the task of deconstructing this truck into a million pieces. 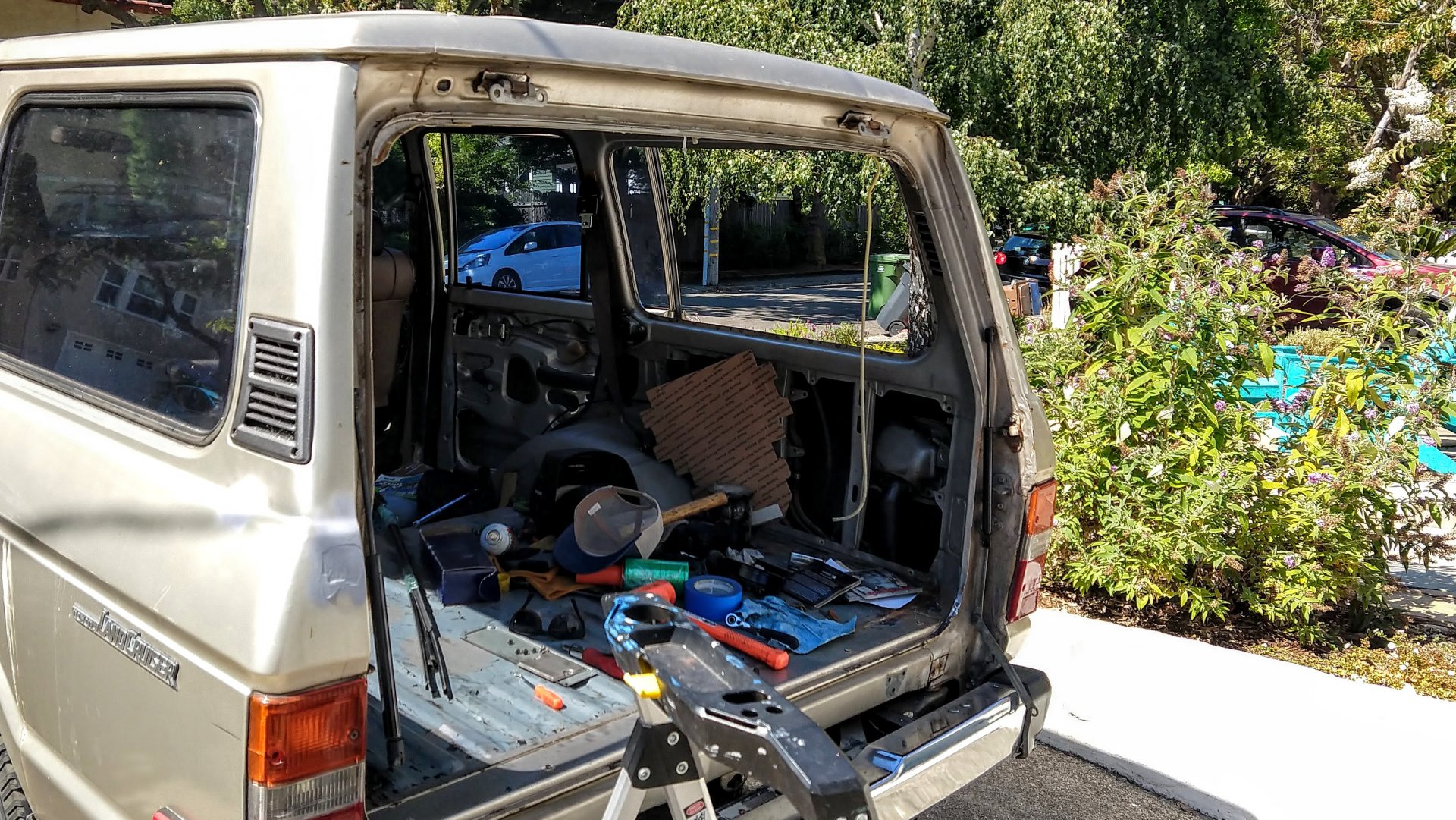 @OSS has suggested dripping lindseed oil down into the top of the tailgate window to seal it up too, he has a thread on it somewhere.

You should dab Corroseal on any exposed rust you come across as you go too. Stuff rocks, and is water clean up primer.

Linseed oil wouldn't seal it up, not very well, but it does help prevent rust from propogating.

Expanded on my A piller work today, as I found some bubbles near the back gutter, just above the back window. 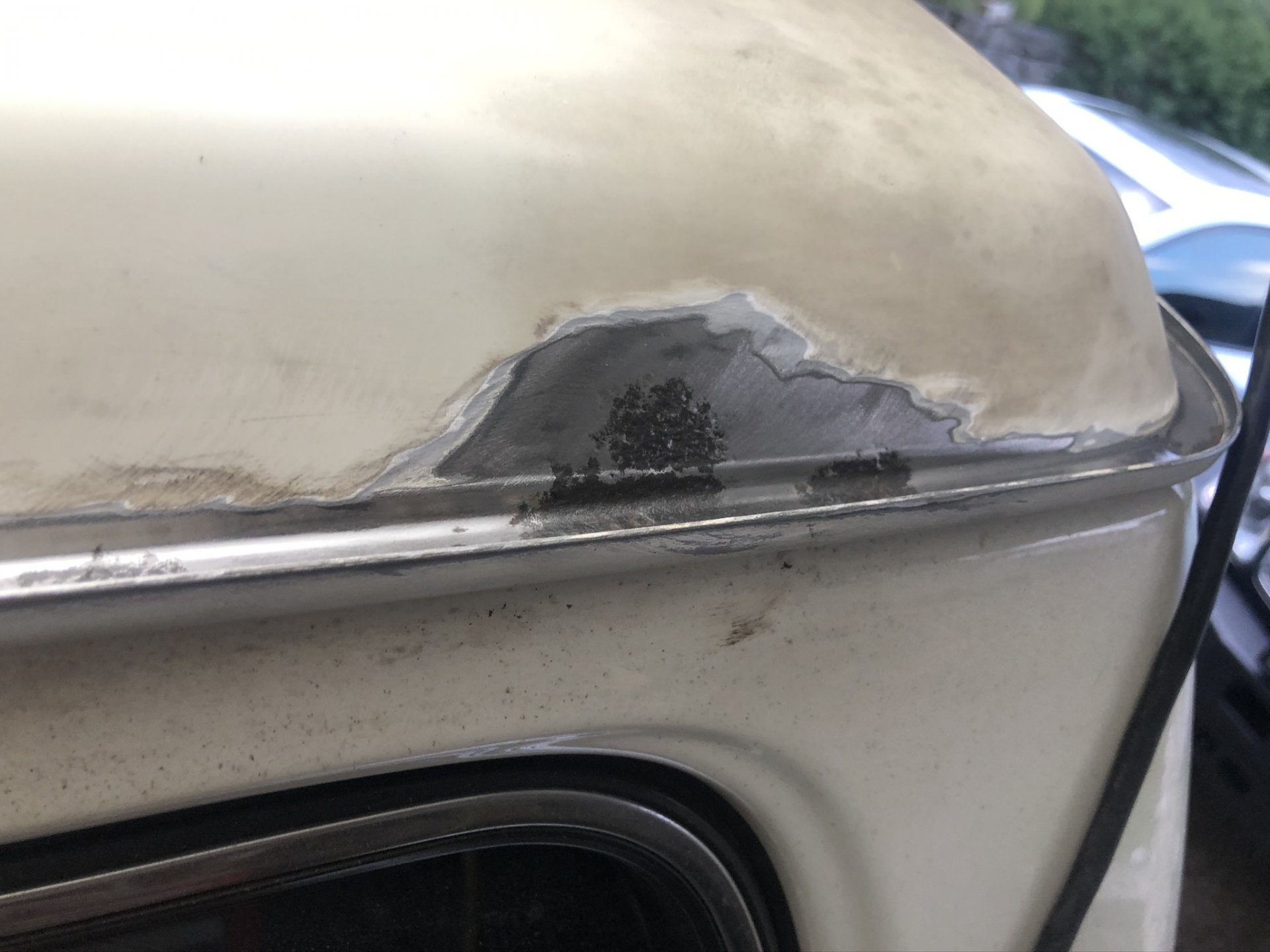 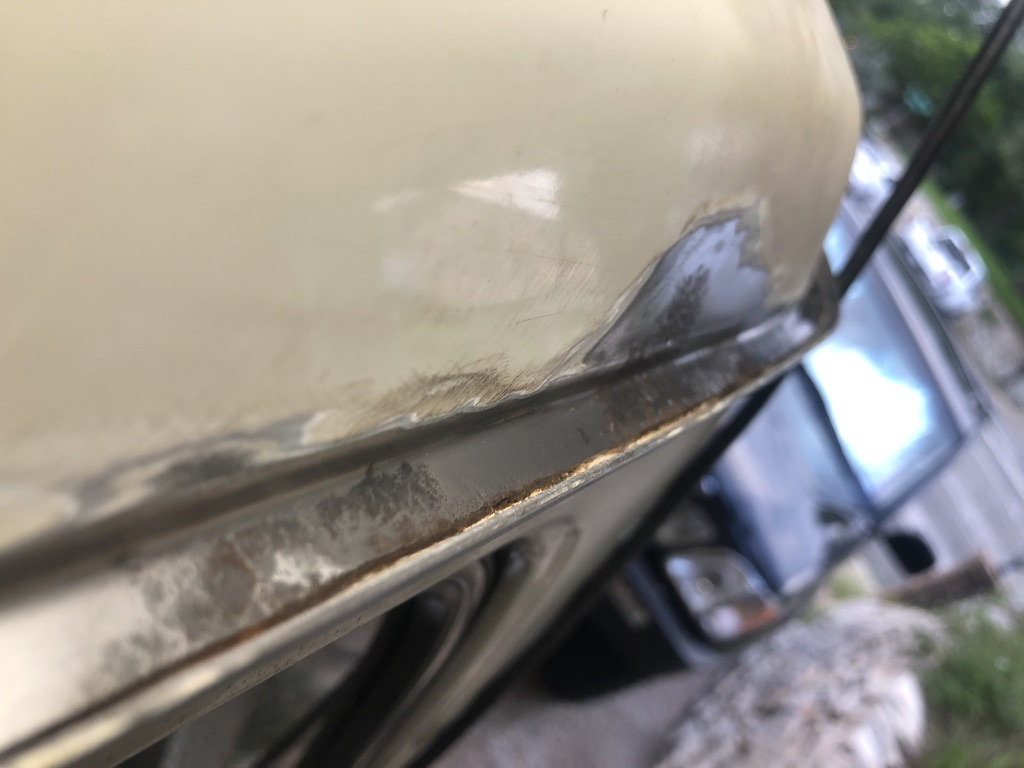 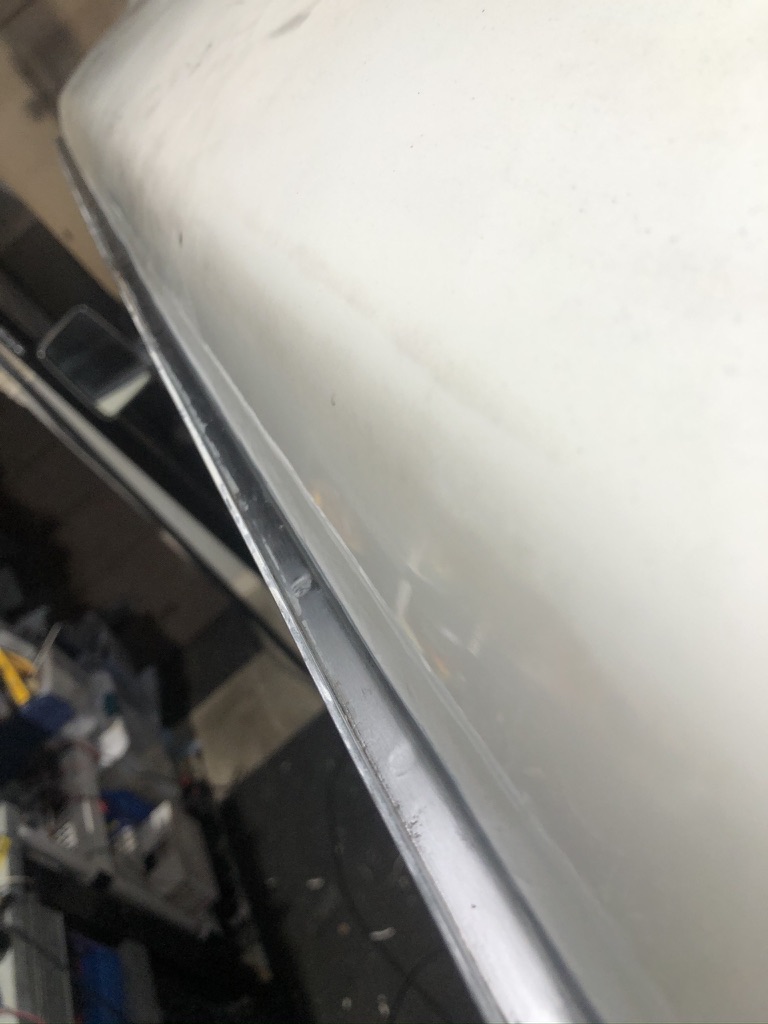 Some rust but mostly OK and I want it that way.

First step was to stop the good metal from rusting and convert the existing rusty areas. 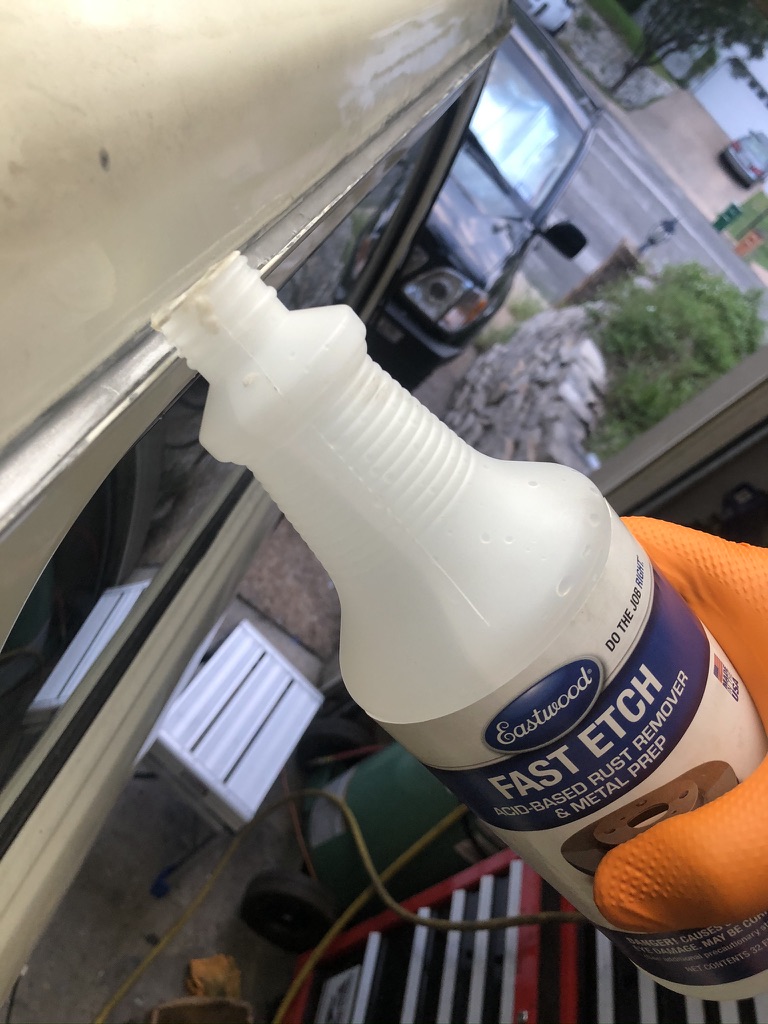 Need some thoughts on the order of next steps:
- seal the seam with paintable or other seam sealer
- self leveling sealer
- prime
- paint

Should I do the same from underneath sans self leveing sealer? Can't see bubbling but there is that area where the two parts of the rain gutter come together.

Next steps look good to me. Scrape out and re seam seal the underneath area as well.

unleash the kraken into that A-pillar LOL!

something satisfying about self leveling sealer. 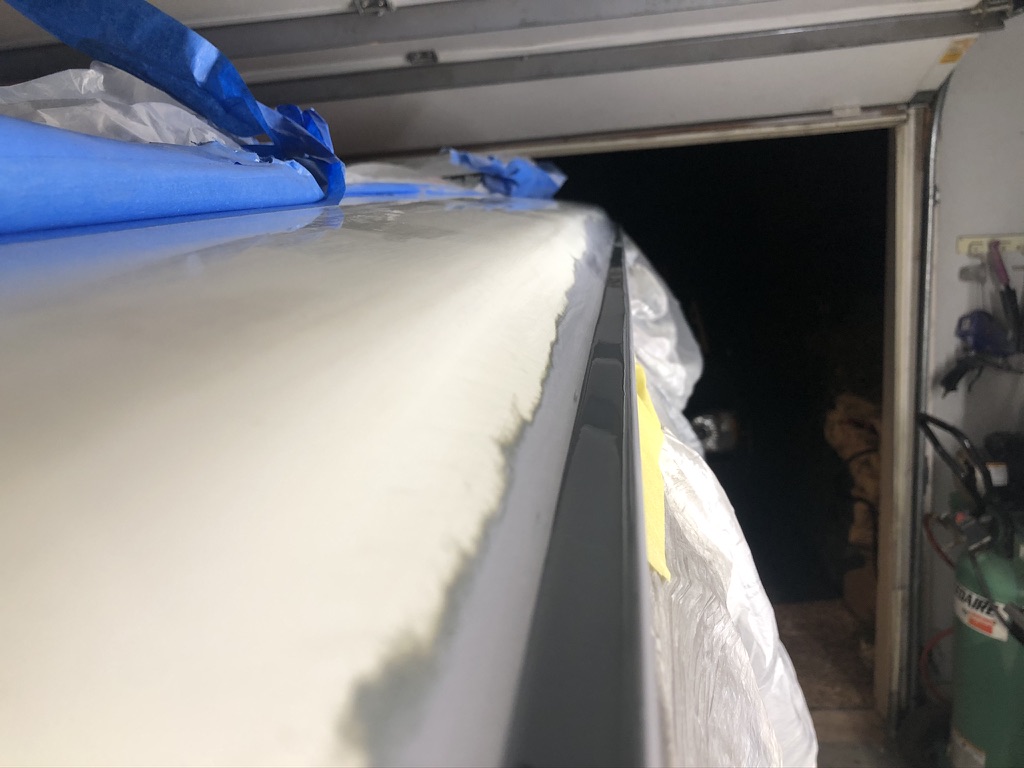 K
Best manual for repairs and for learning about your FJ60